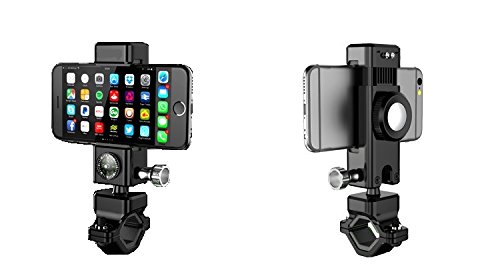 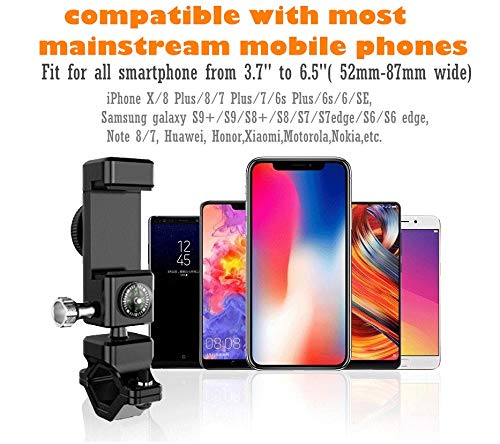 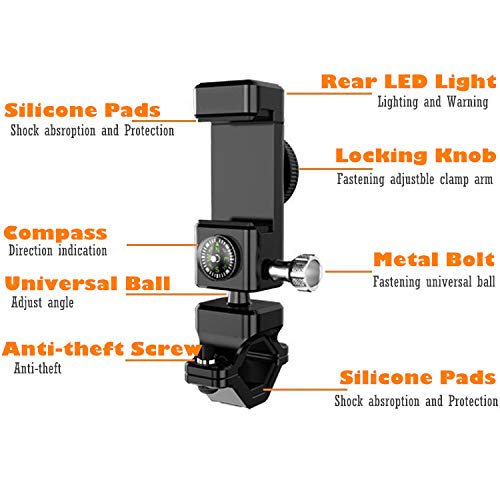 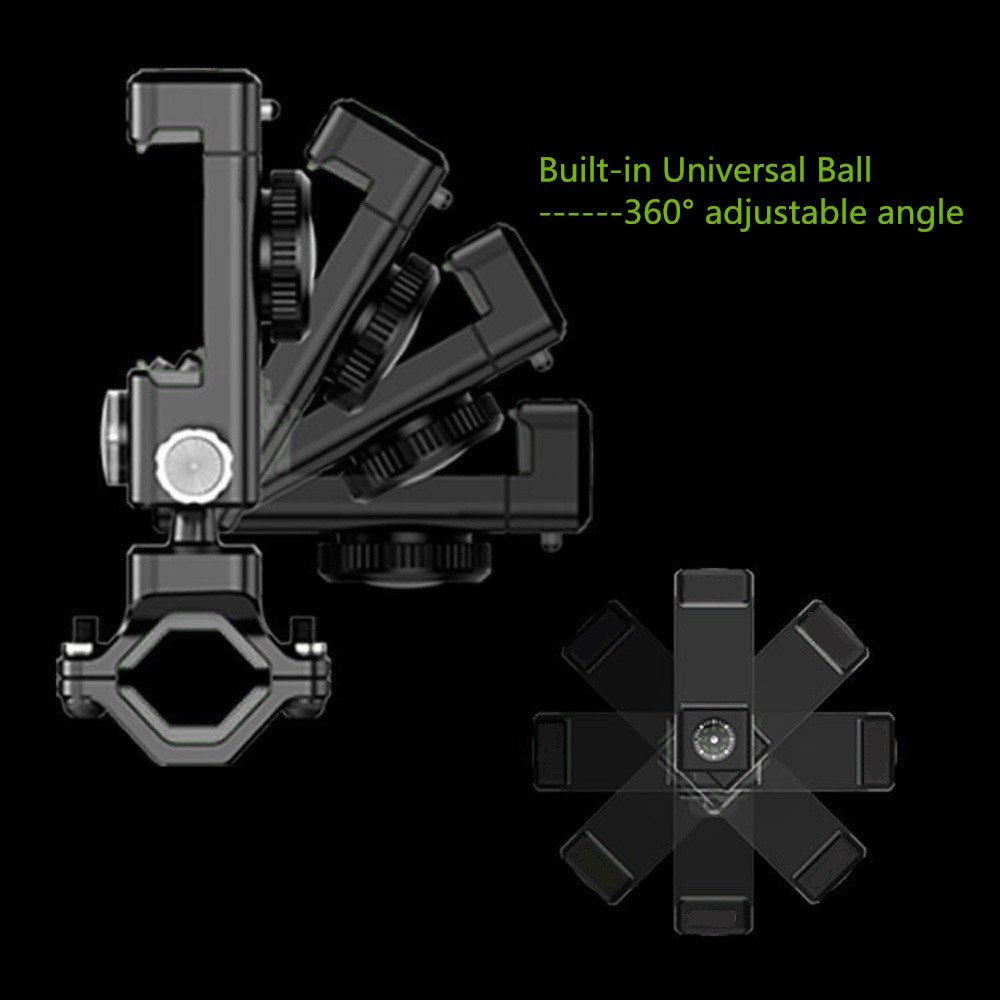 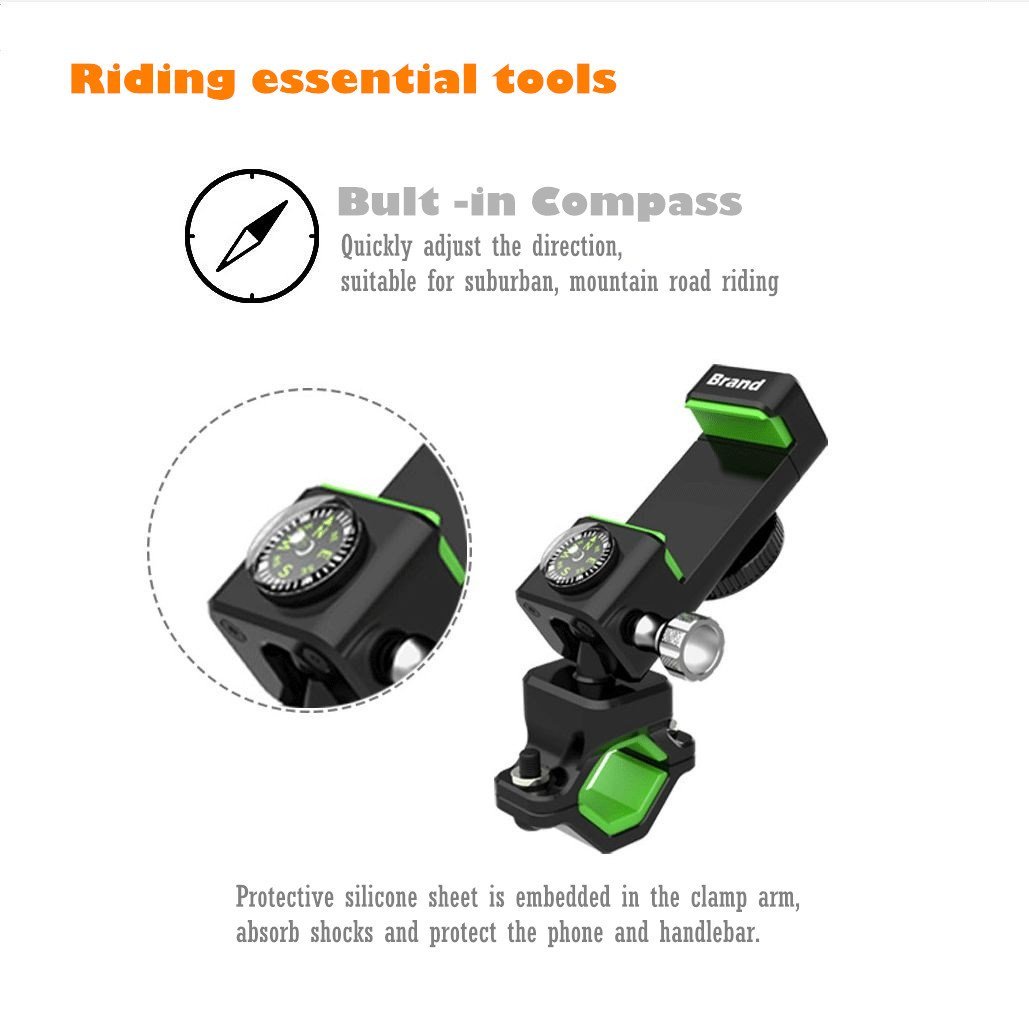 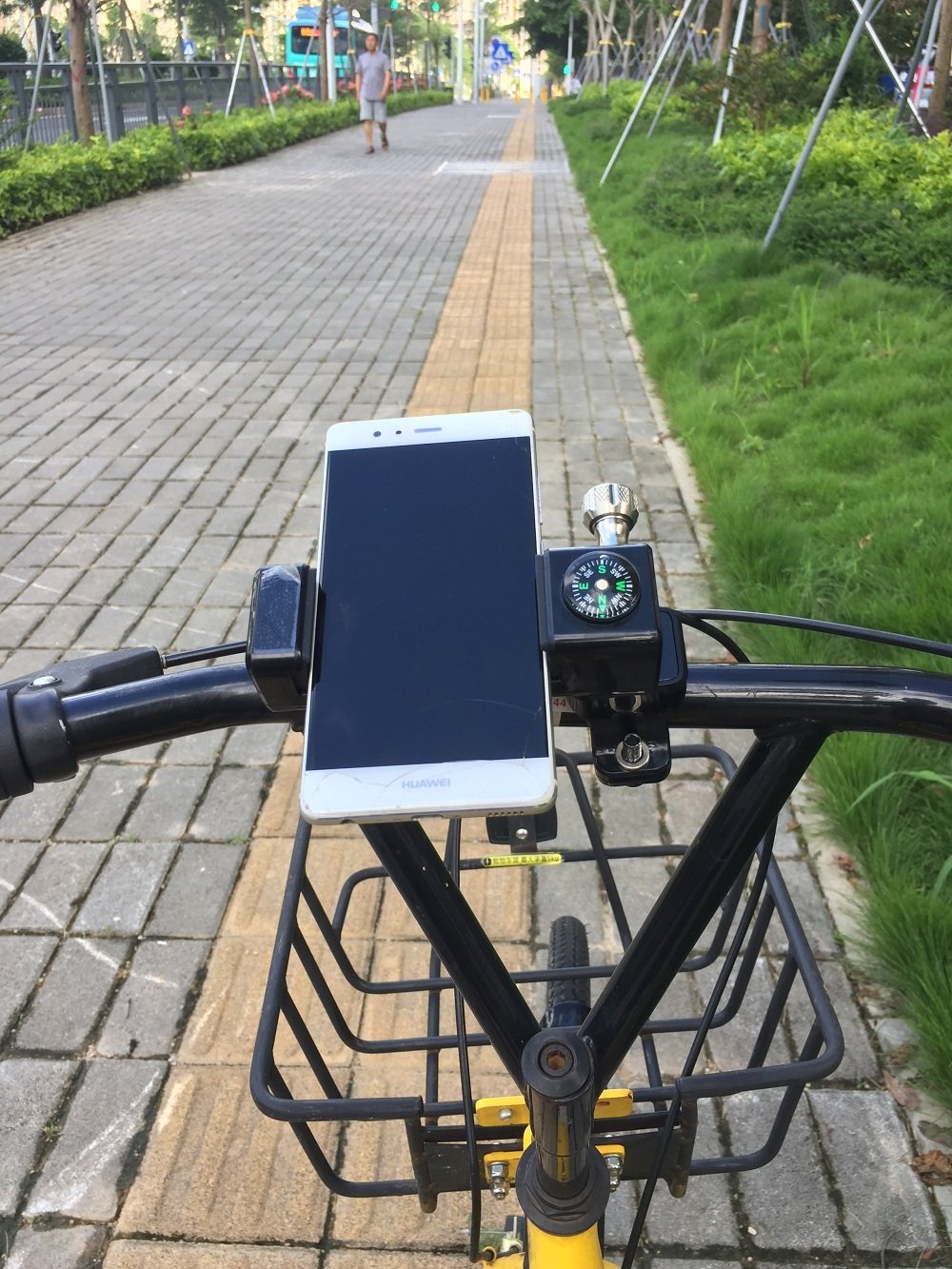 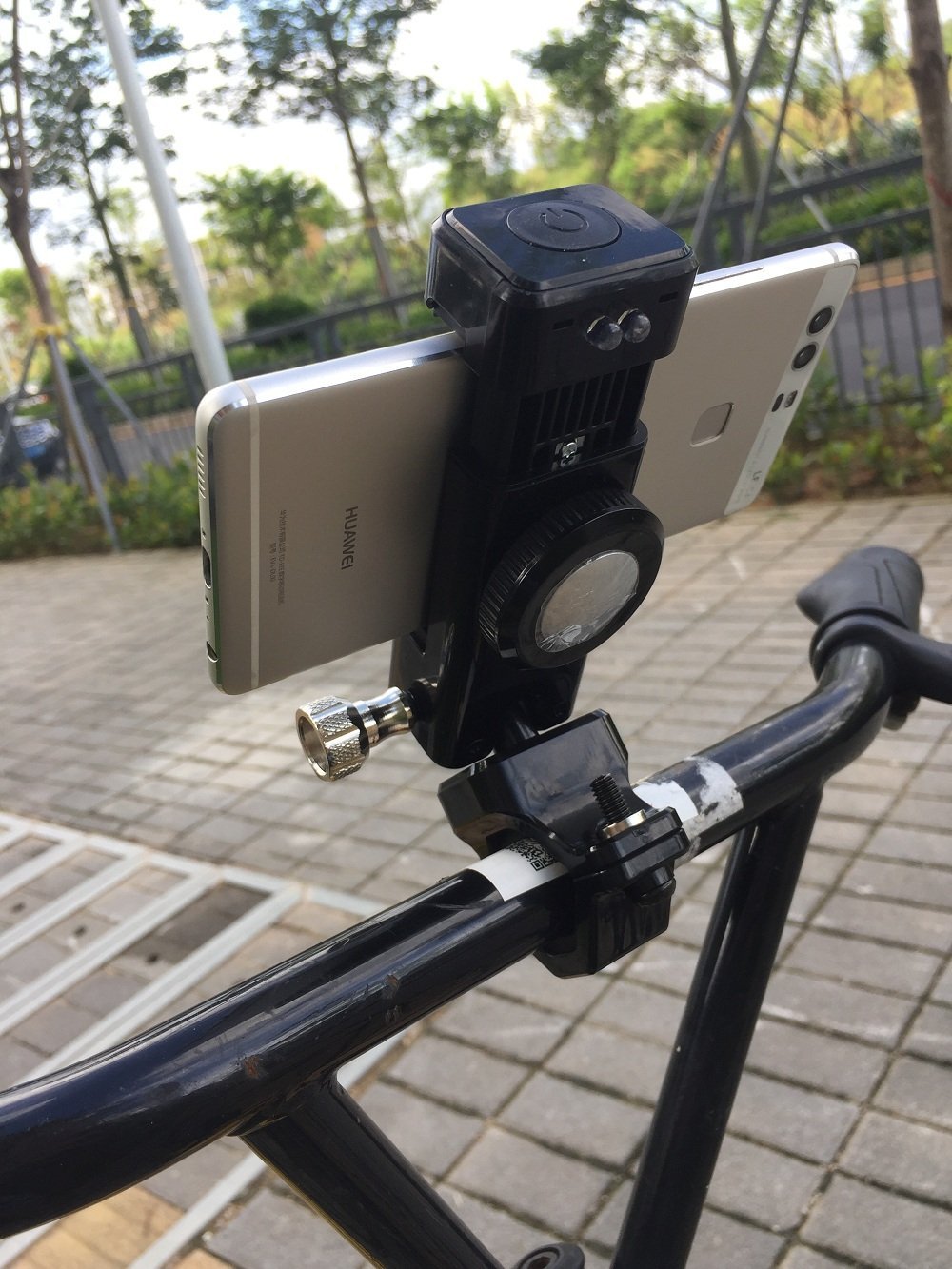 【Suitable for most smartphone & GPS】Fit for all smartphone & GPS from 3.7\" to 6.5\"(clamp arms wide: 52mm-87mm ) ,such as iPhone X/8 Plus/8/7 Plus/7/6s Plus/6s/6/SE, Samsung galaxy S9+/S9/S8+/S8/S7/S7edge/S6/S6 edge, Note 8/7, Huawei, Honor,Xiaomi,Motorola,Nokia,etc. Suitable for bicycles, electric bicycles, motorcycles, which handlebar diameter from 0.79\" to 1.18\" (20mm-30mm).
【Does not affect the use of phones】This bike phone holder will not cover the phone\'s buttons, lens , headphone jack, USB hole, so you can wear headphones to listen to music during riding, or can use the camera to record beautiful scenery along the way.
【The phone won\'t fall】Unlike other products, instead of fixing the phone with a rubber band, the phone is locked by a locking knob, you don\'t need to worry about the phone will fall off as the rubber band breaks, whether city road or mountain road.
【360° adjustable angle】This bike phone bracket has built-in universal ball, 360° adjustable angle, horizontal screen, vertical screen, or your favorite angle,arbitrary choice
【3-in-1 funciton】In addition to being a mobile phone holder, this phone holder is also equipped with a compass and a rear LED light,suitable for outskirts and night riding.Furthermore, the mobile phone holder screws is anti-theft plum screw, unscrew it need equipped anti-theft wrench.
Write Review