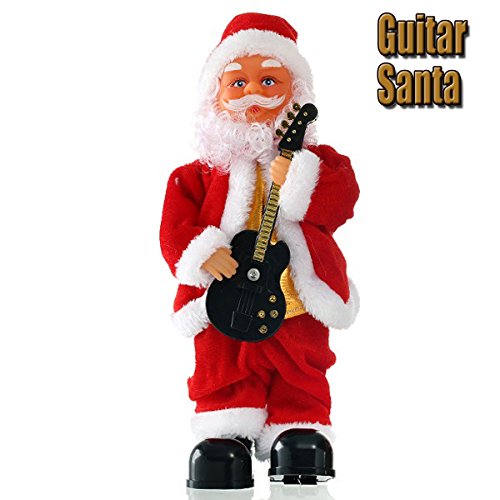 This little Santa is much better than I thought and is really quite comical... he comes packaged securely in a box and is a nice looking little fella... dressed in his outfit with his guitar he plays let’s do the twist and taps his feet whilst it’s playing and wiggles his hips

battery operated he’s sturdy and durable... he’s been played with quite considerably now and shows no sign of wear or breakage

think we’ll end up purchasing the rest of his band