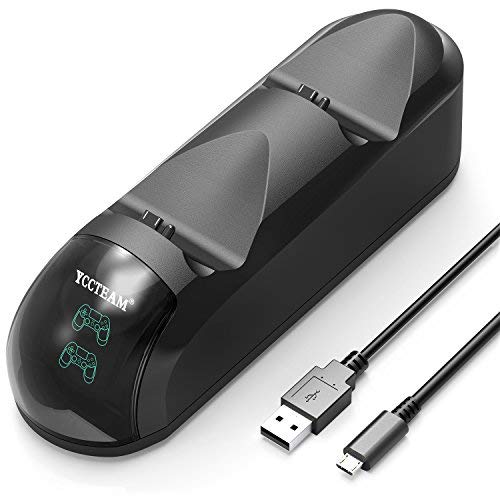 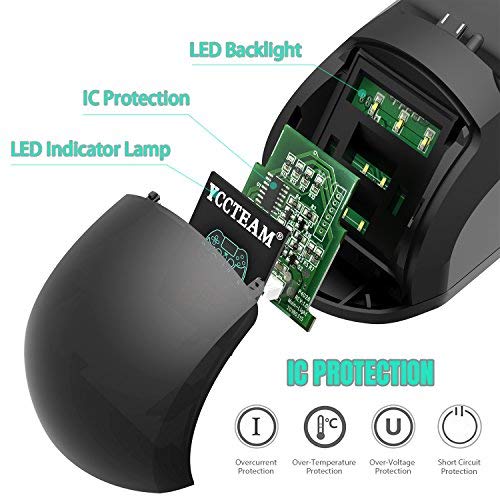 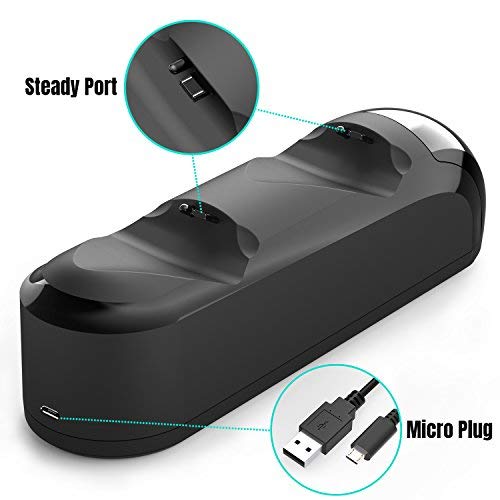 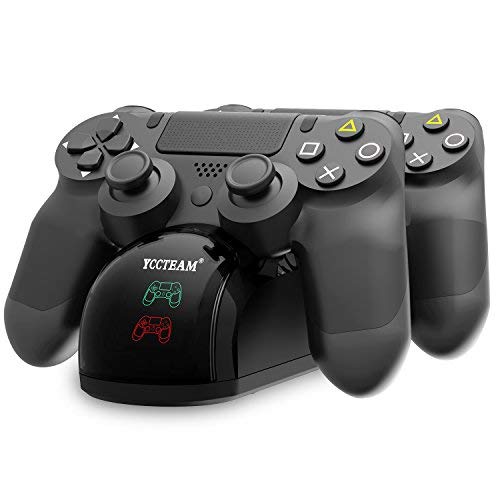 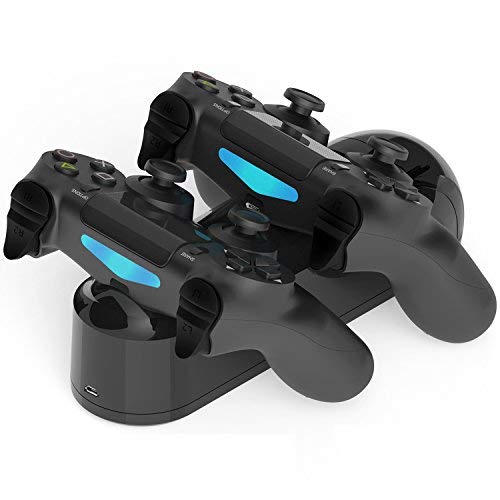 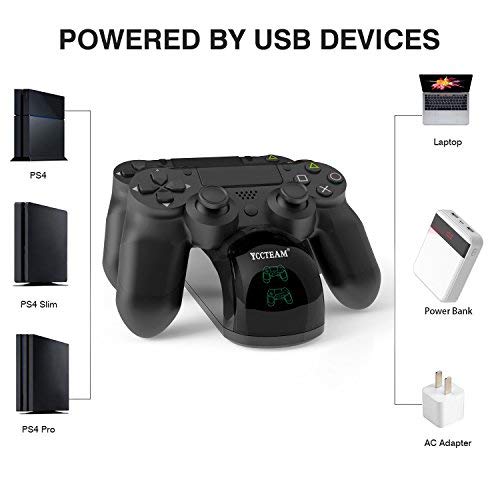 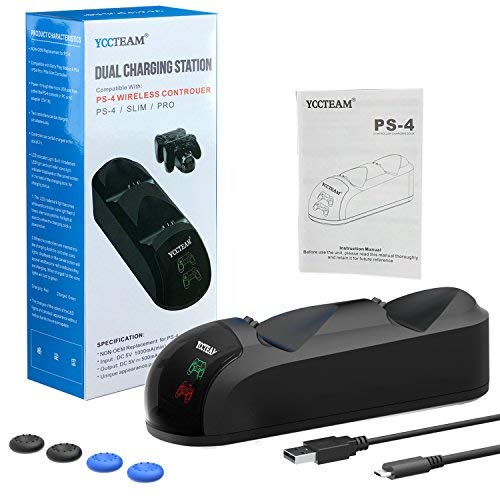 My husband has been wanting a charger for his PS4 controllers. It's different from the style he originally wanted but he was not disappointed.

He was a little surprised by this one because it charges from the bottom port instead of the top micro USB one. But he was pleasantly surprised by how much easier it was to insert and charge the controllers this way. We have a charging dock for PS3 controllers that charges from the top mini USB port and the design requires you to practically force the controller into place, resulting in damaged ports. So he much better likes this bottom port design, rather than one similar for the PS3 controllers.

The front has an indicator screen that shows a red controller if it's charging, and a green one once it's done. This makes it so much easier to know when your controllers are done charging.

My husband very much likes his new charger and highly recommends it. 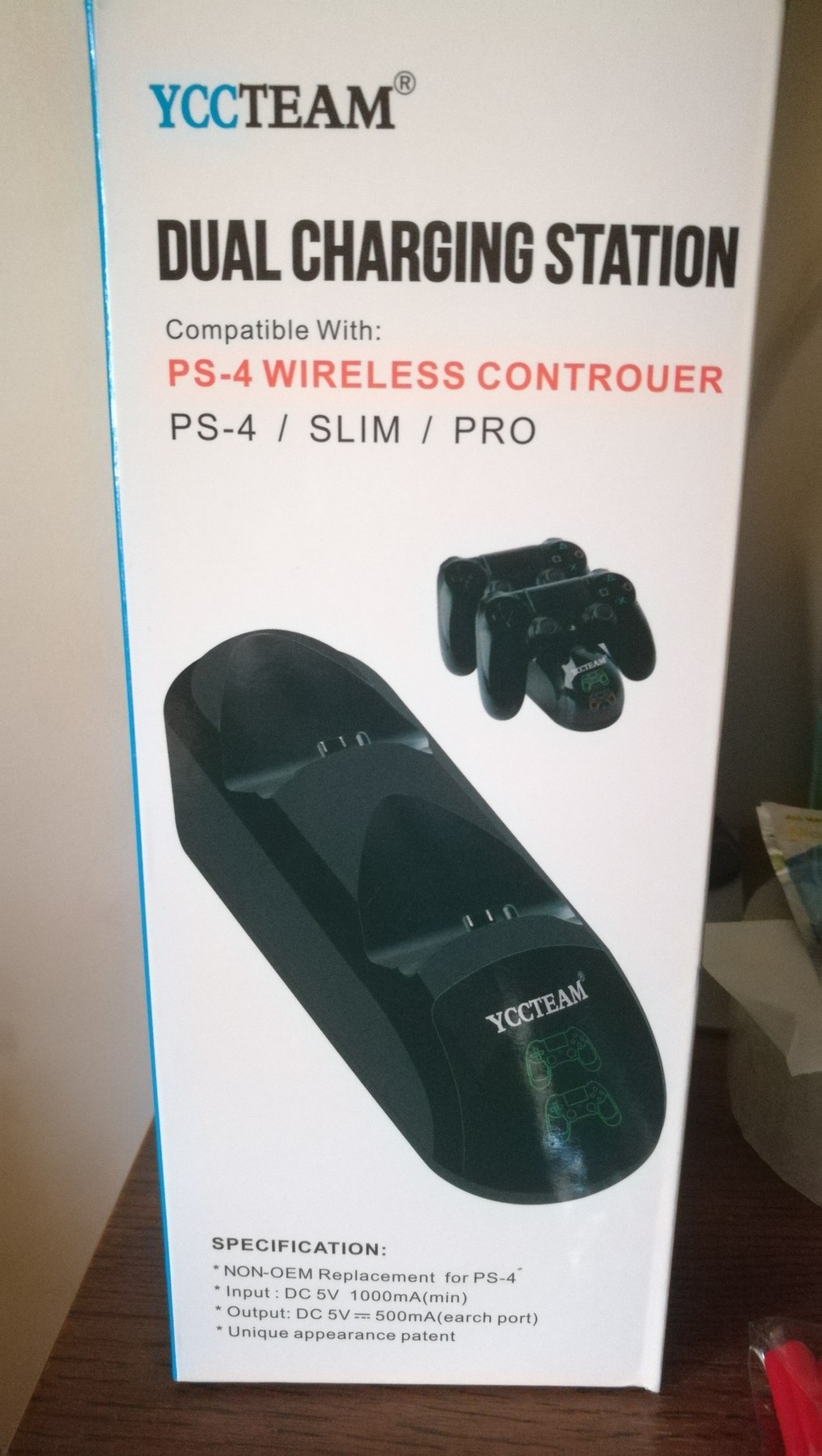 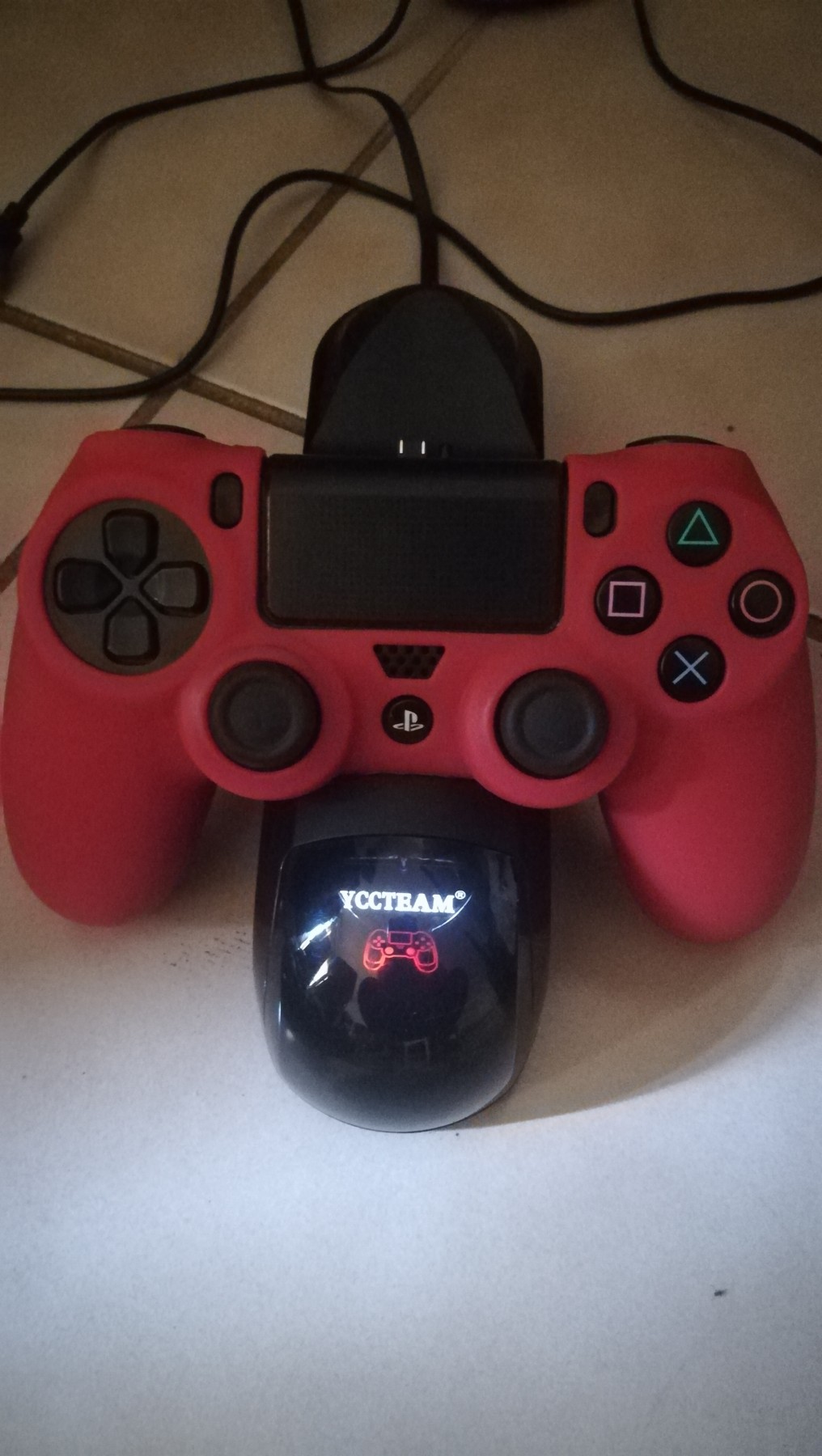 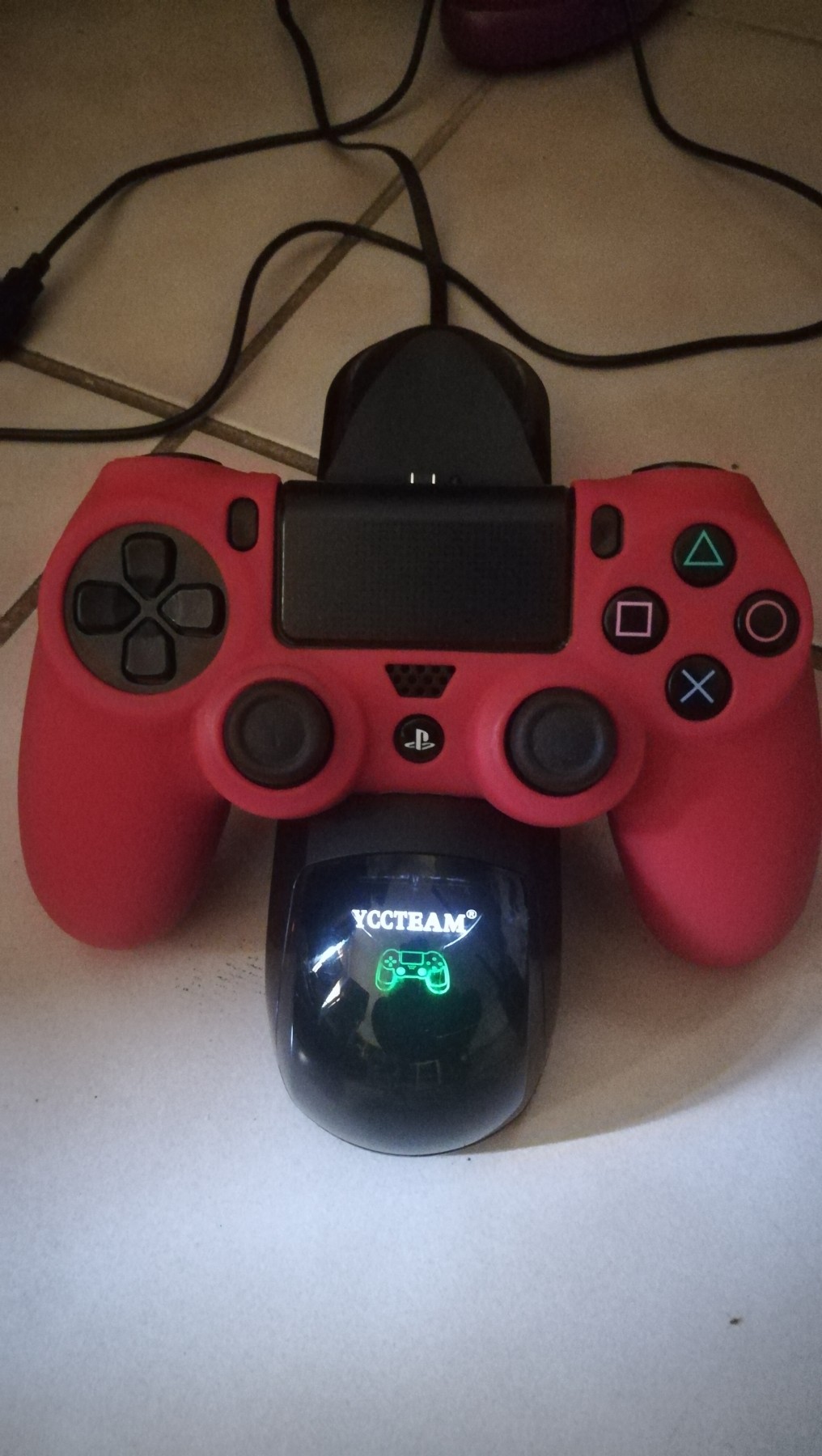