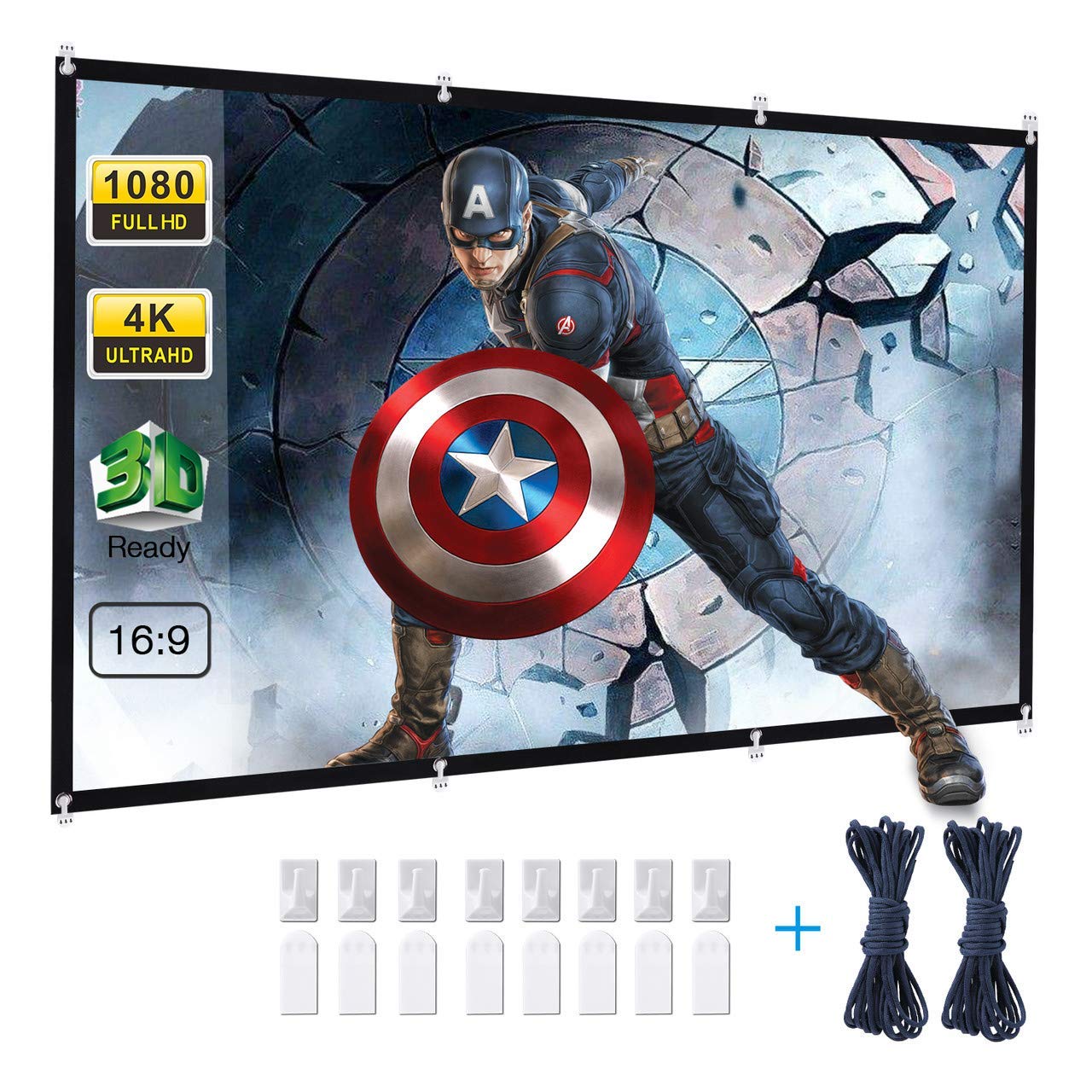 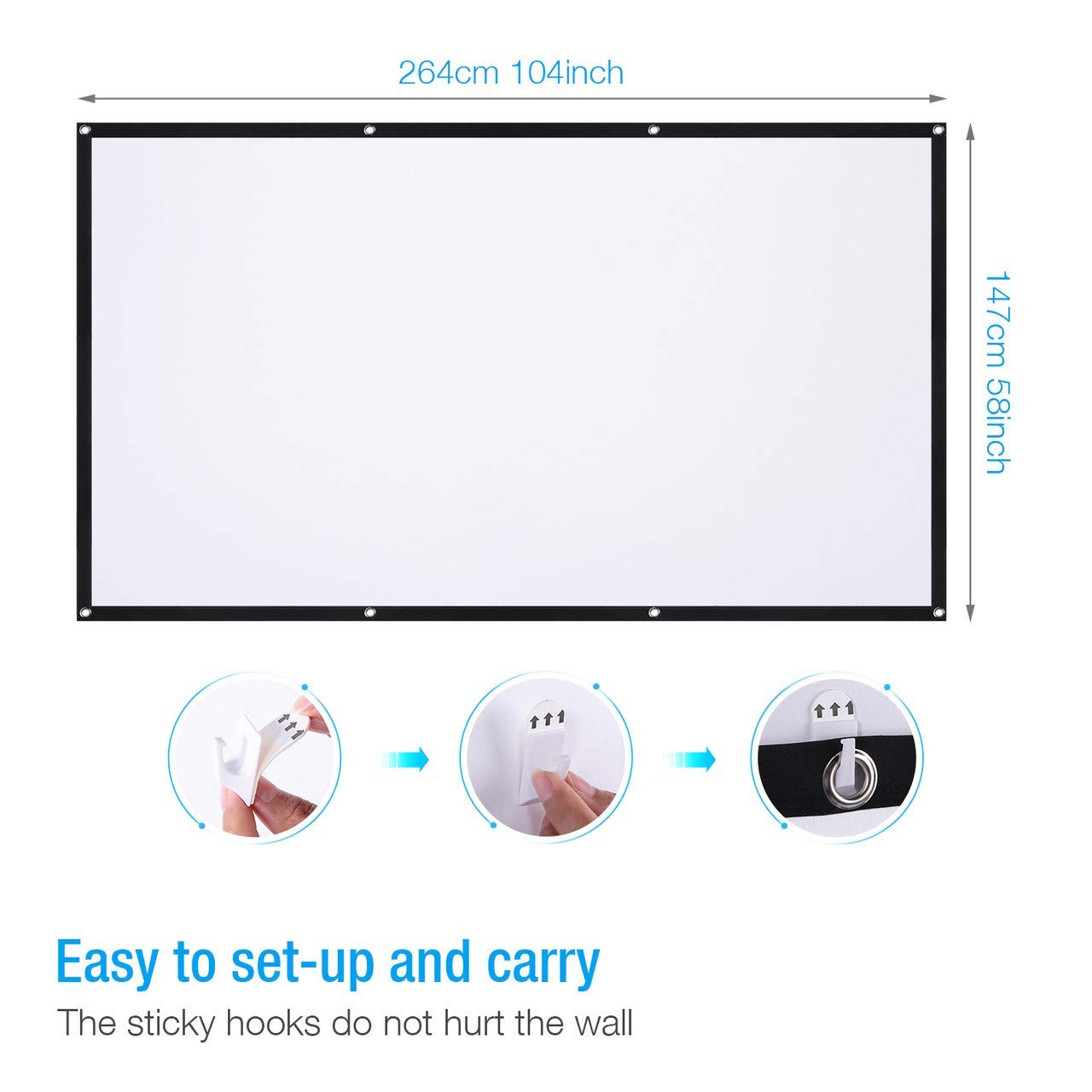 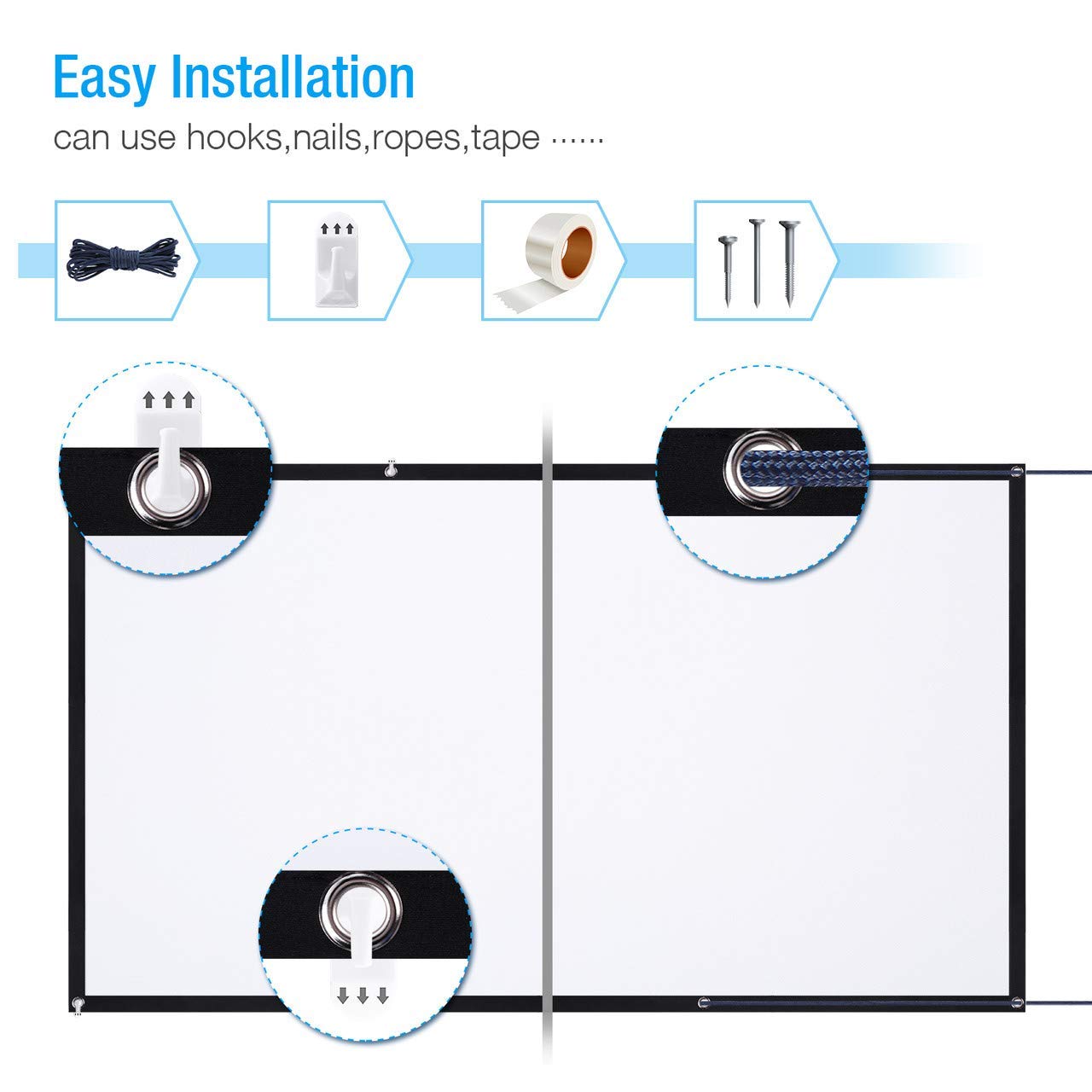 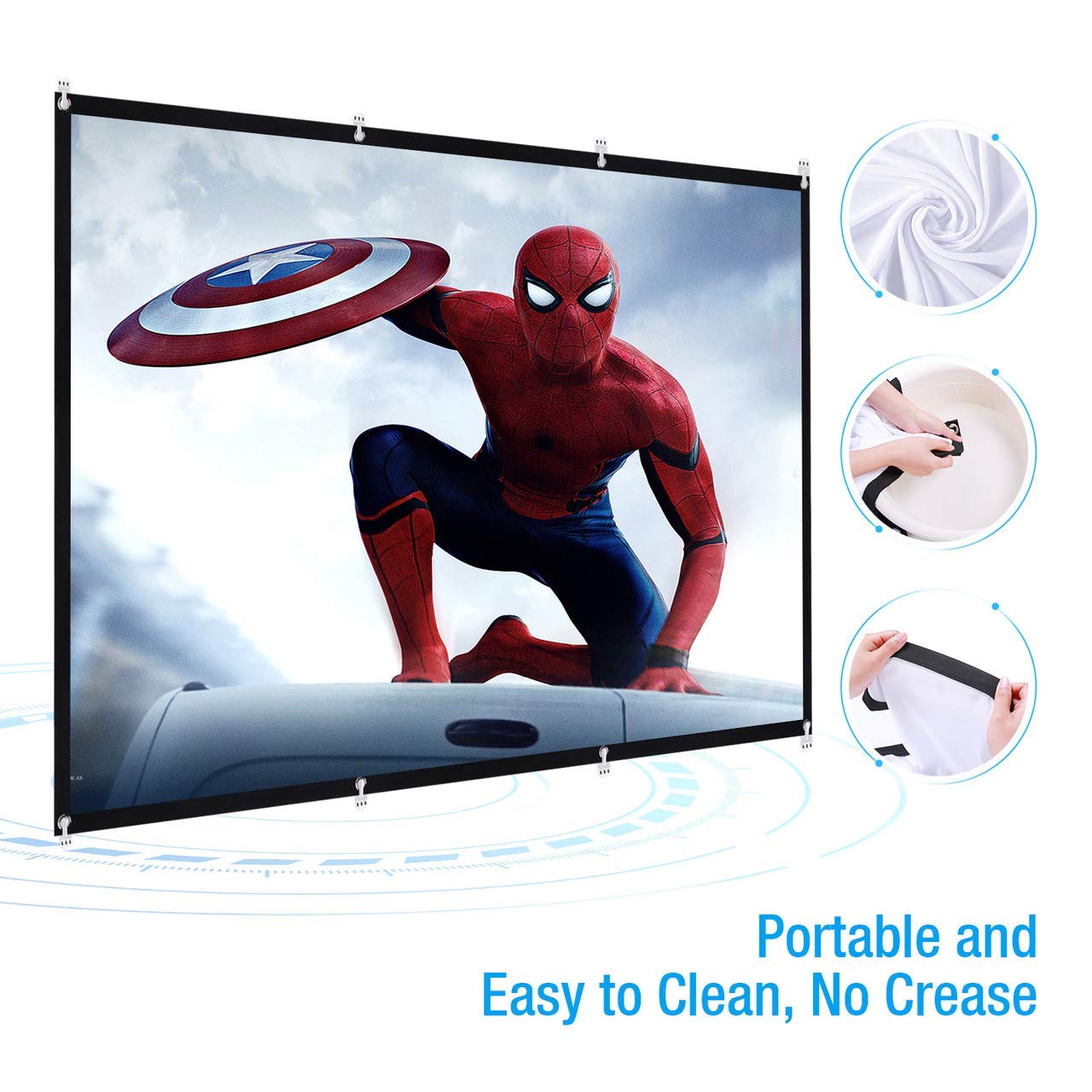 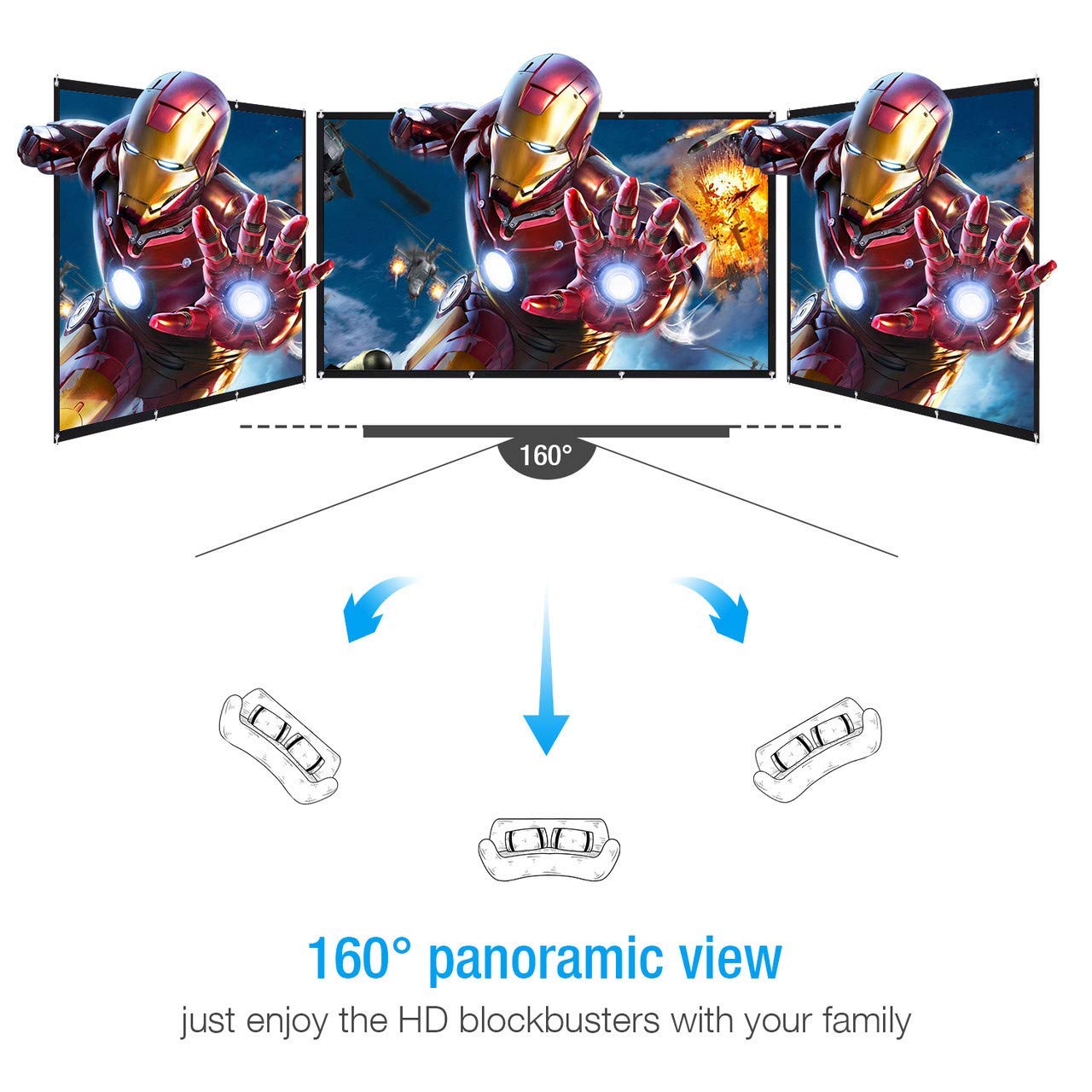 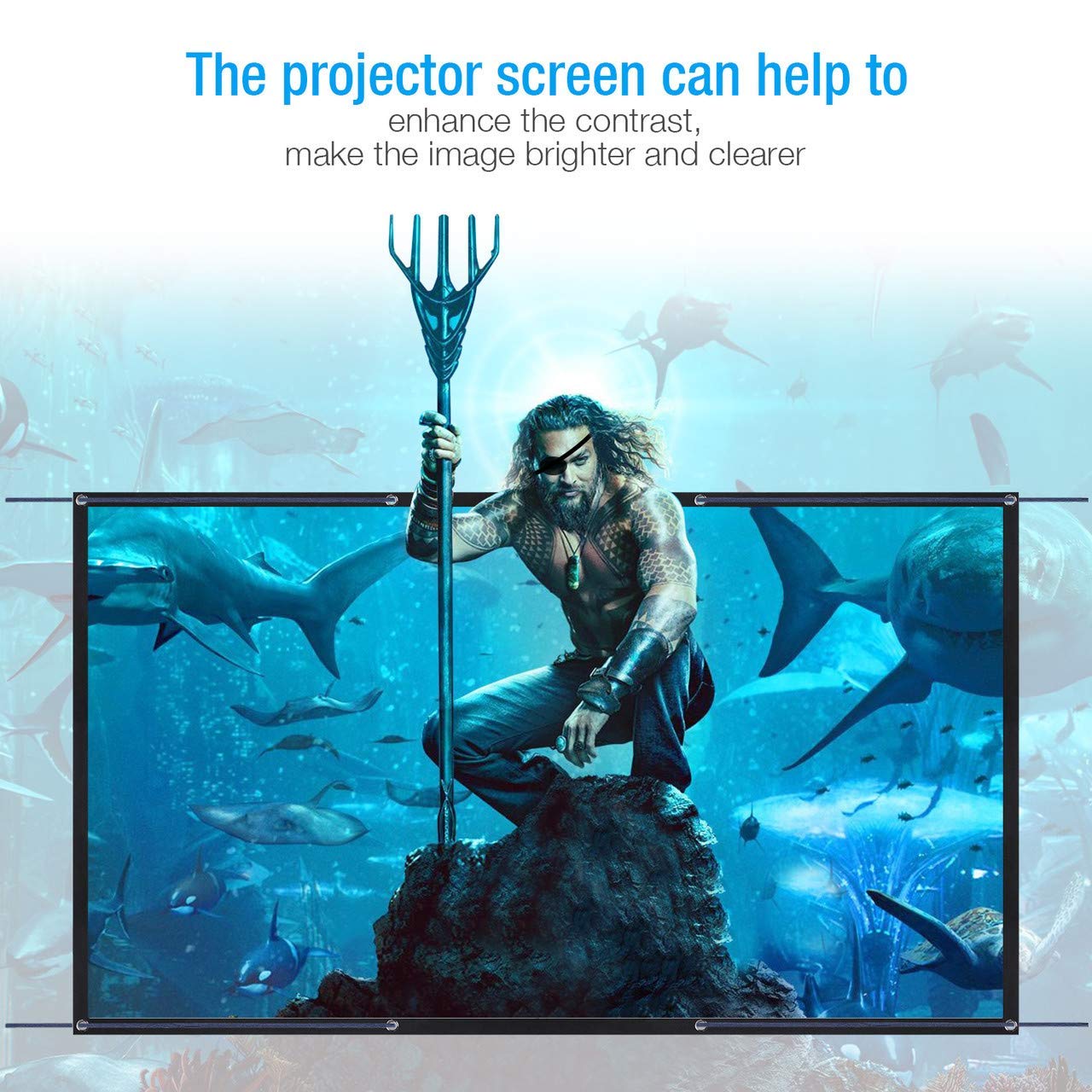 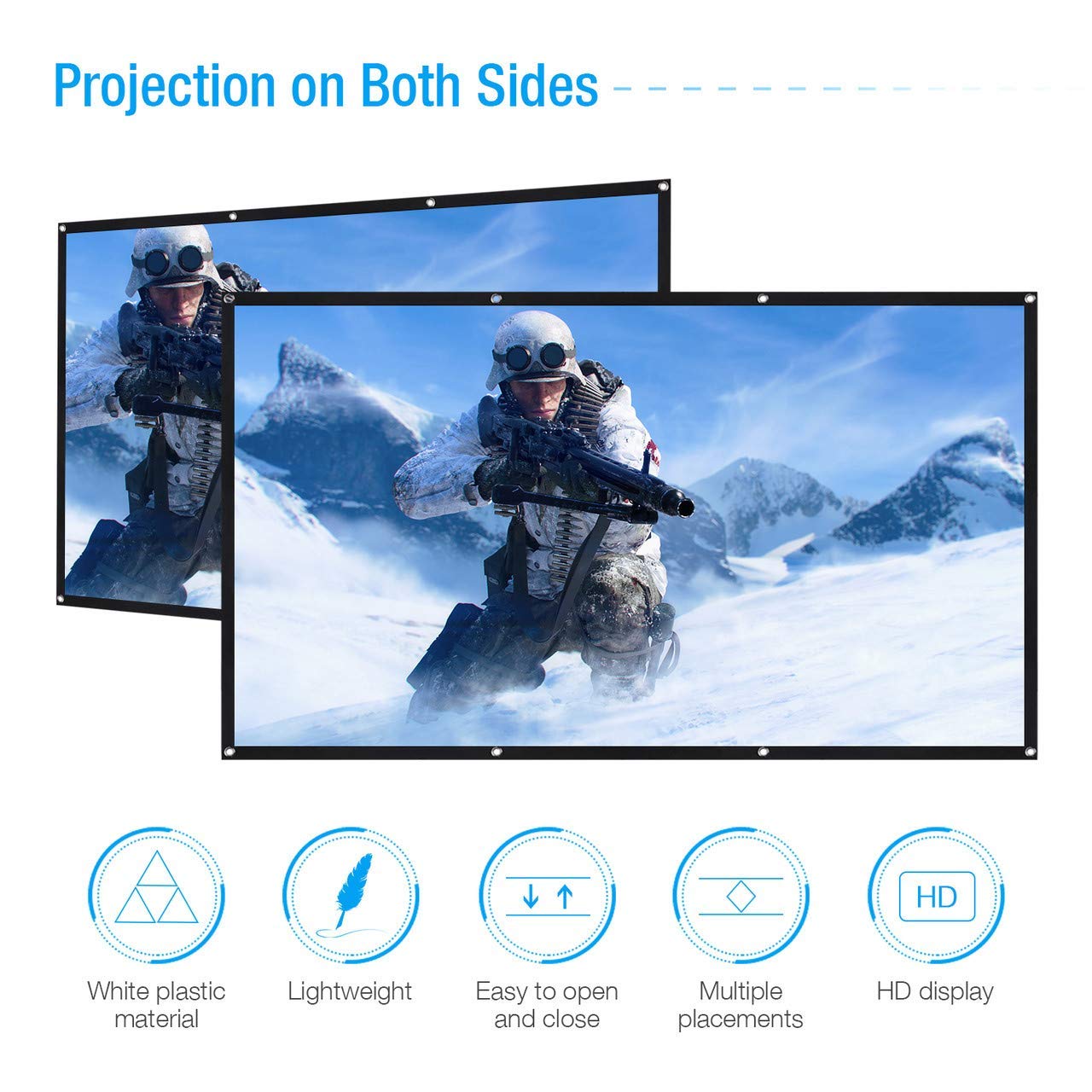 I bought my husband a projector for Christmas last year but never bought him the screen , so he didnt seem eager to use
it after the fist time against our wallpaper wall , as you can imagine it didnt look too good with patterns all over peoples faces
he was trying to watch , so I have bought him a screen, finally ! I went for the 120 inch which is 10 feet and he
has set it up in our sun house and in the nice weather sits outside wih his mates , beer in hand watching any sport thats on tv , so what ever the
weather he can use it and I havent got him and his mates in my living room . This is also perfect for watching films and my daughter had a
film style party where they watched the latest film in the garden , it was an outside theater it went down very well . The great thing is it is
foldable , so i was able to take it down and fold it up until my husband was able to put back up in the sun house and when he used it again there were no
creases thanks to its anti-crease natural polyester fabric. You don't have to worry about putting it up the wrong way either as its doubled sided
You get in the package the 120 inch projector screen, 16x sticky hooks, 2x 5 meters ropes , this is by Powerextra,it  works well and is a talking point amongst friends. 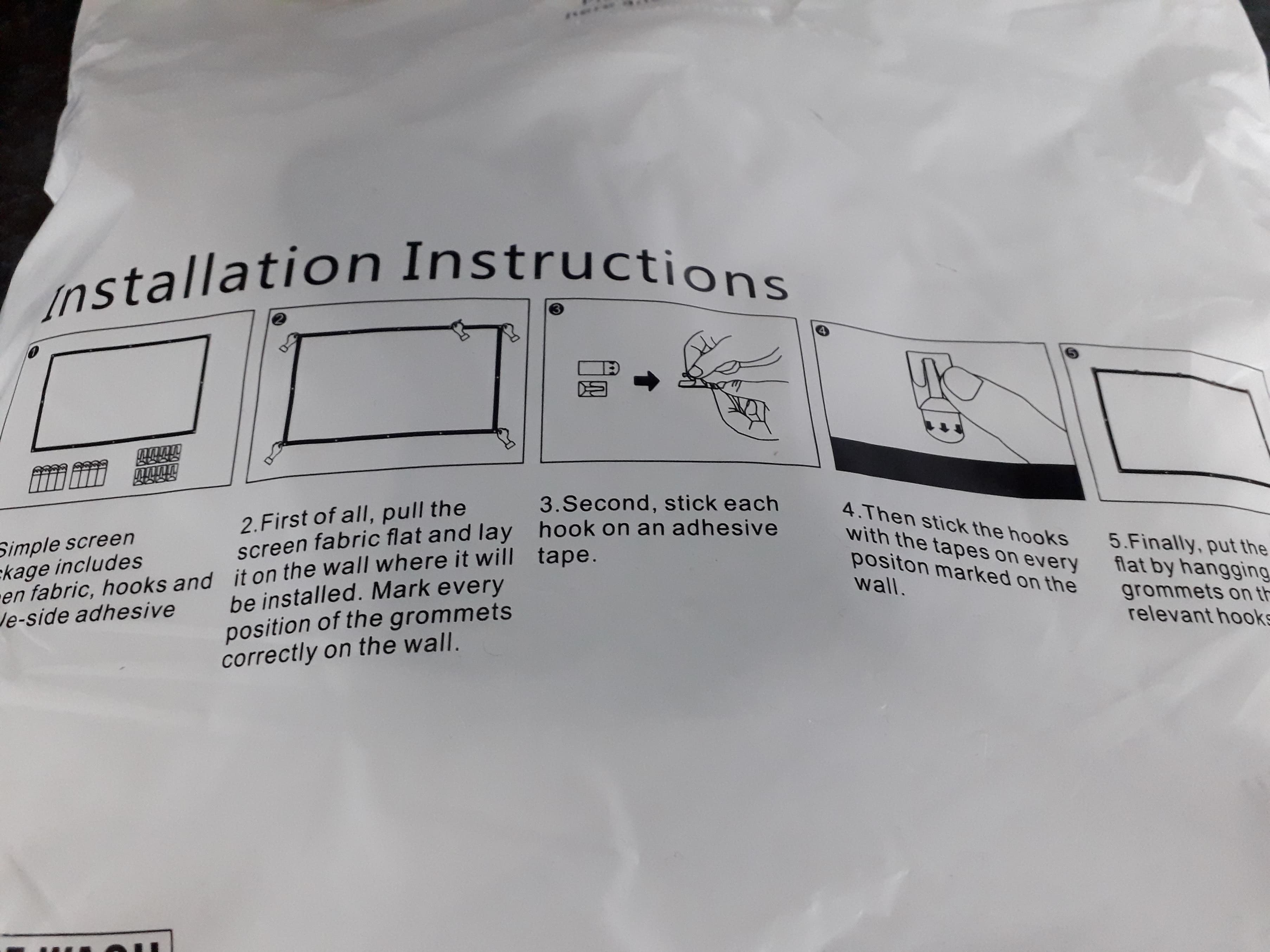 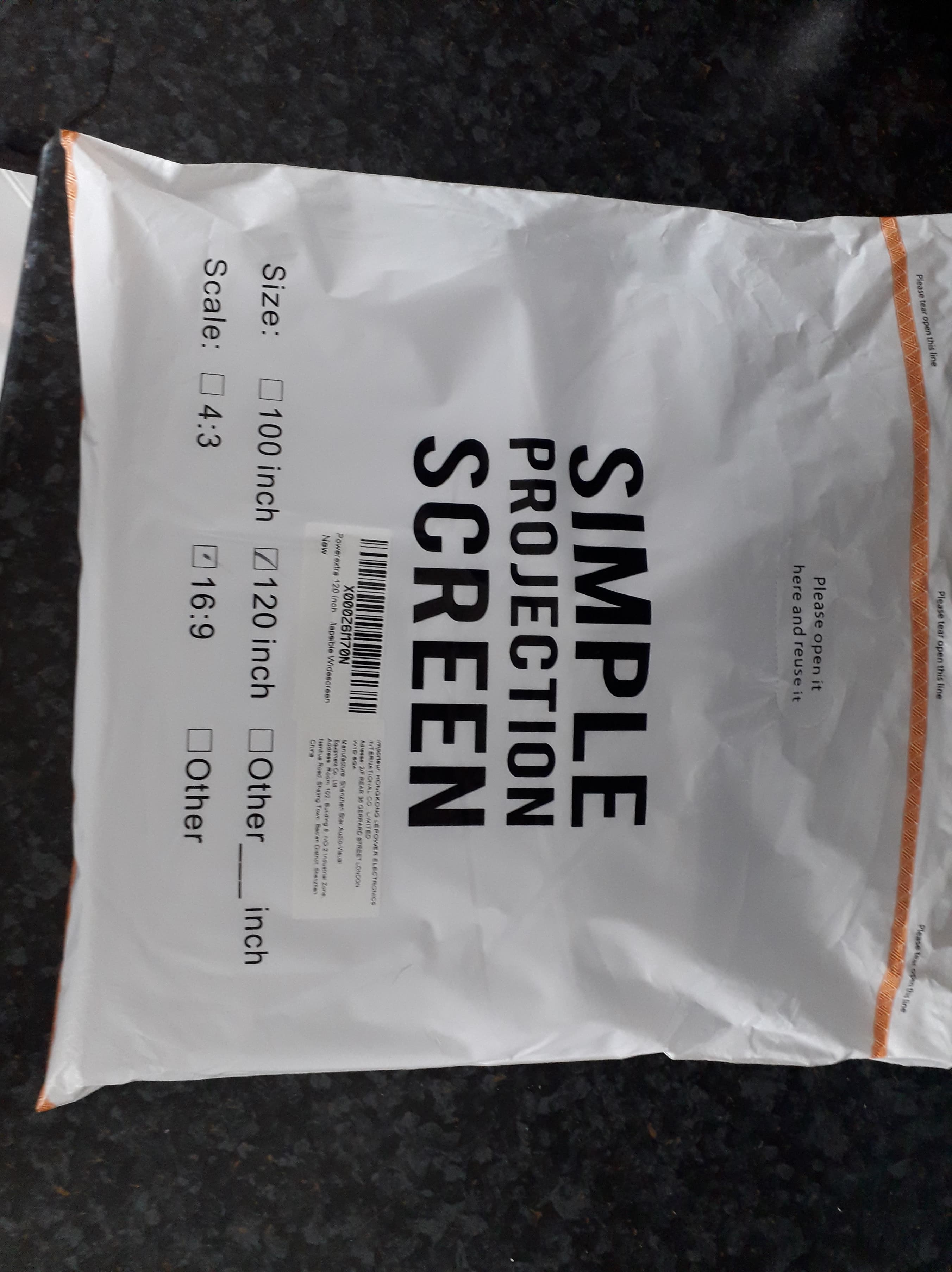