Great water bowl for our cats and medium sized dog 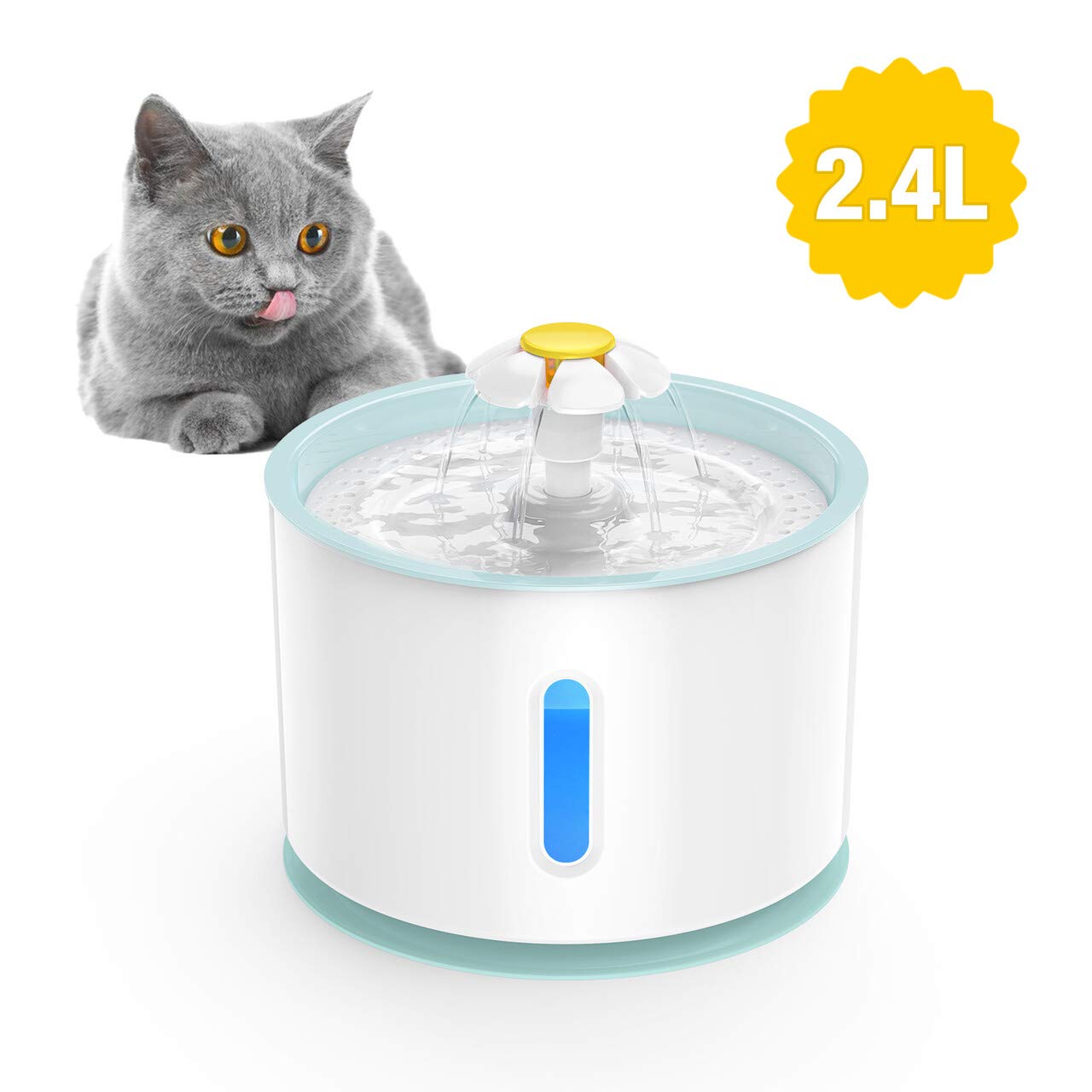 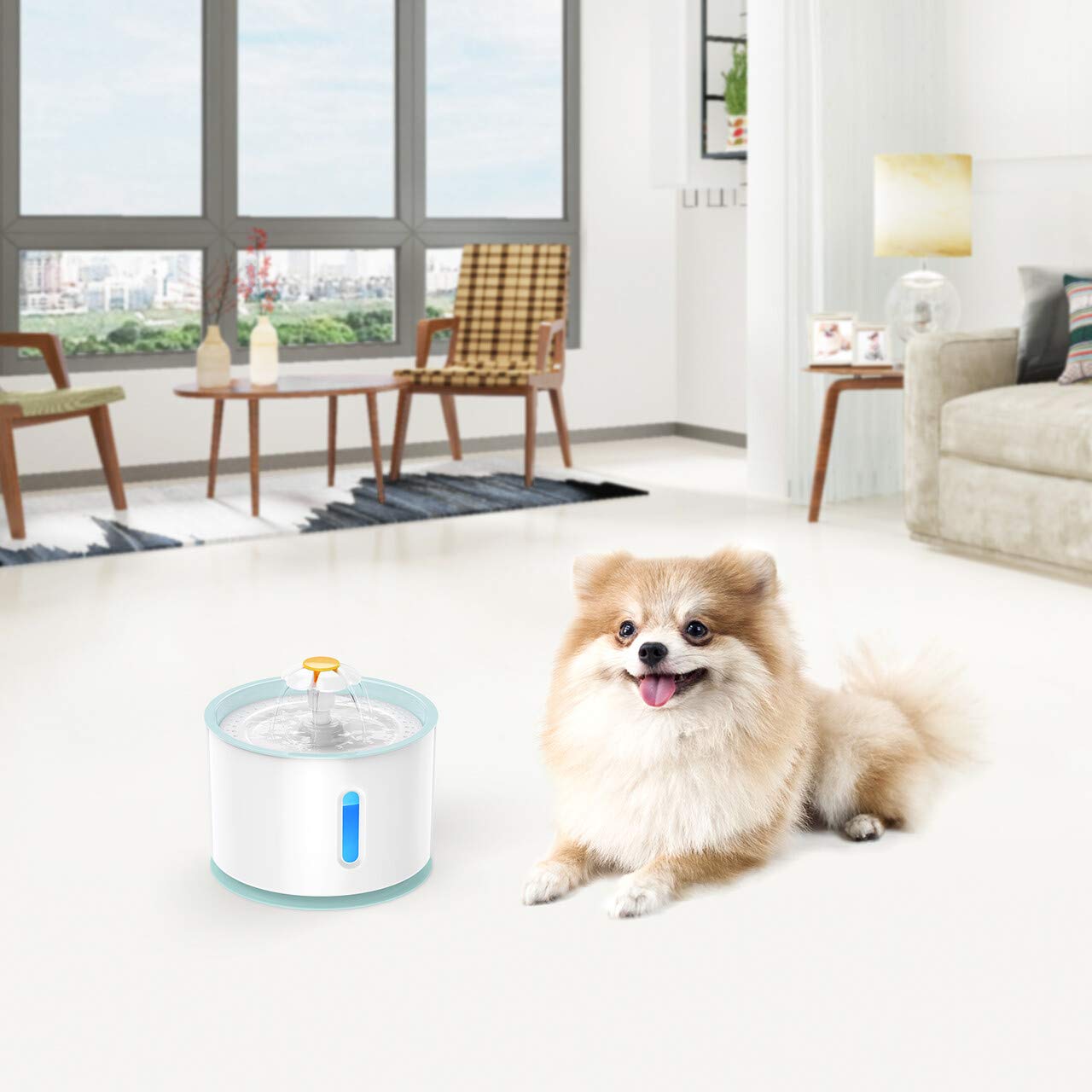 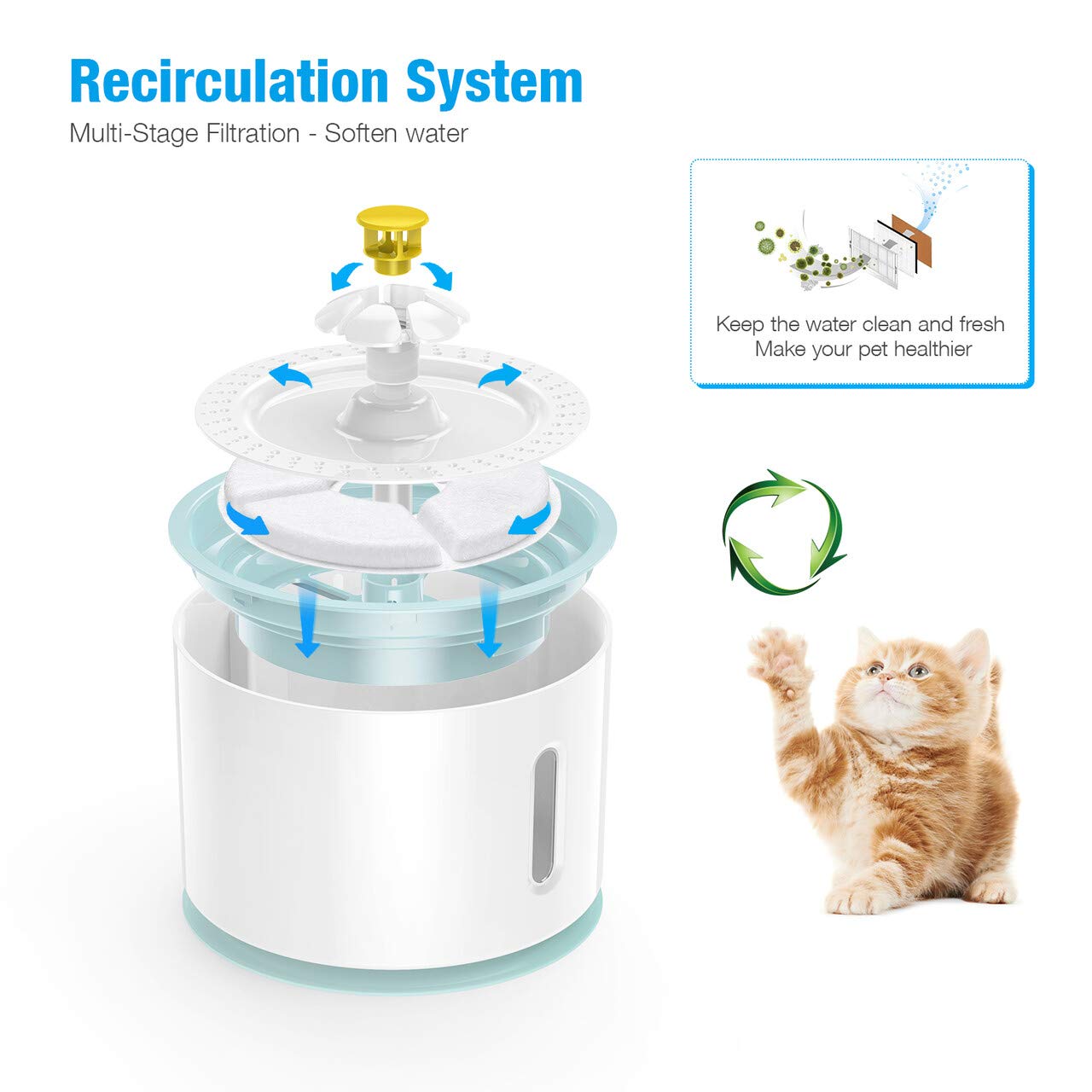 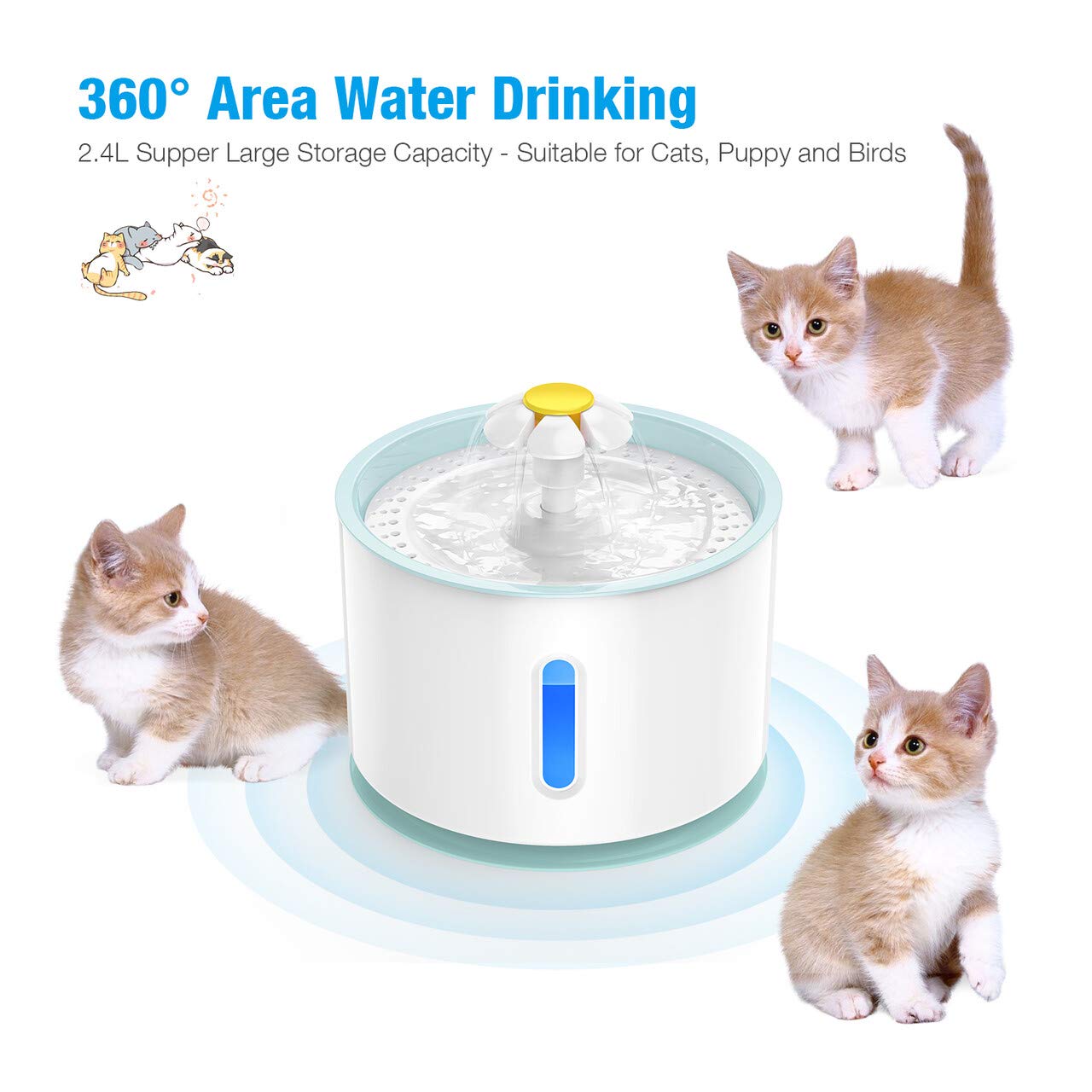 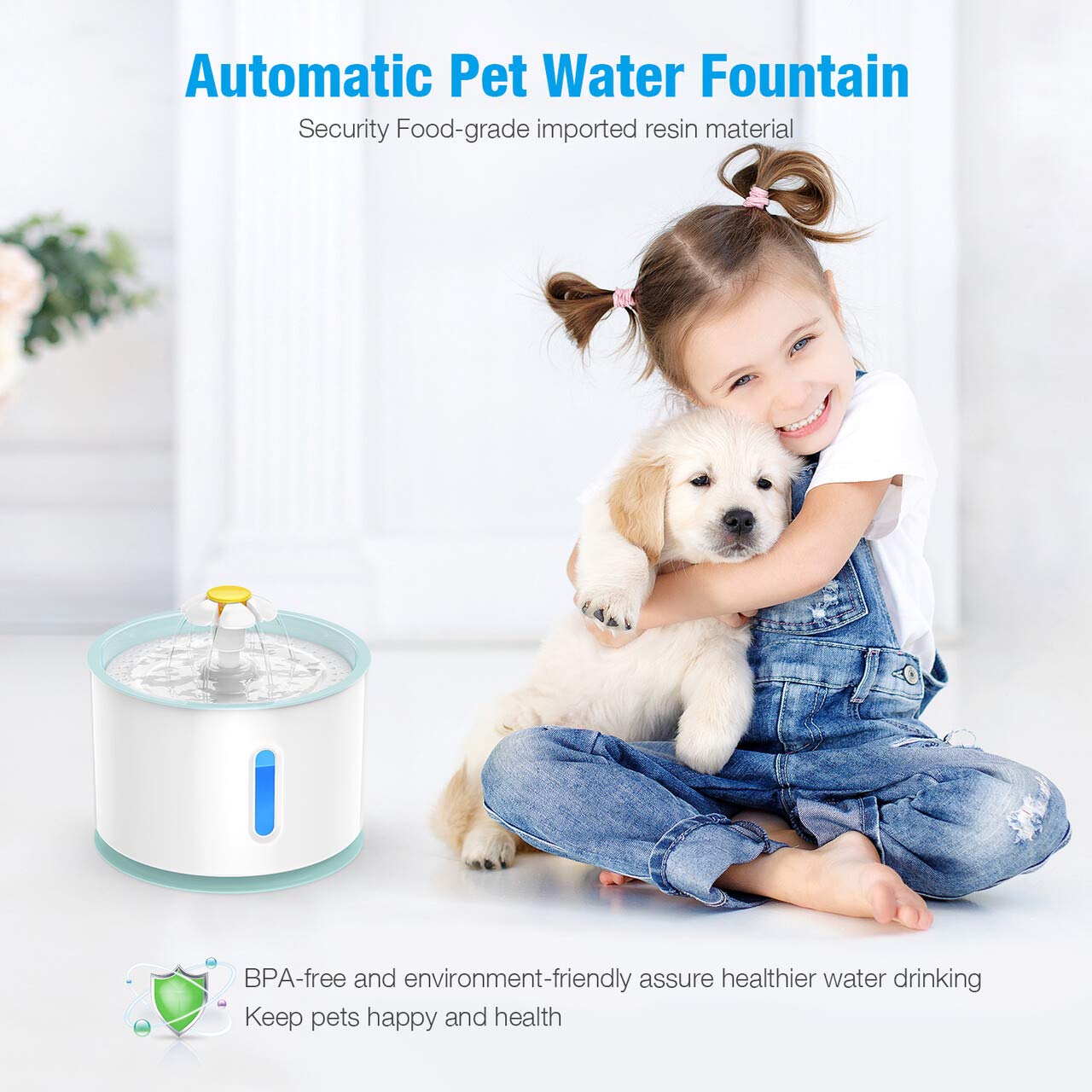 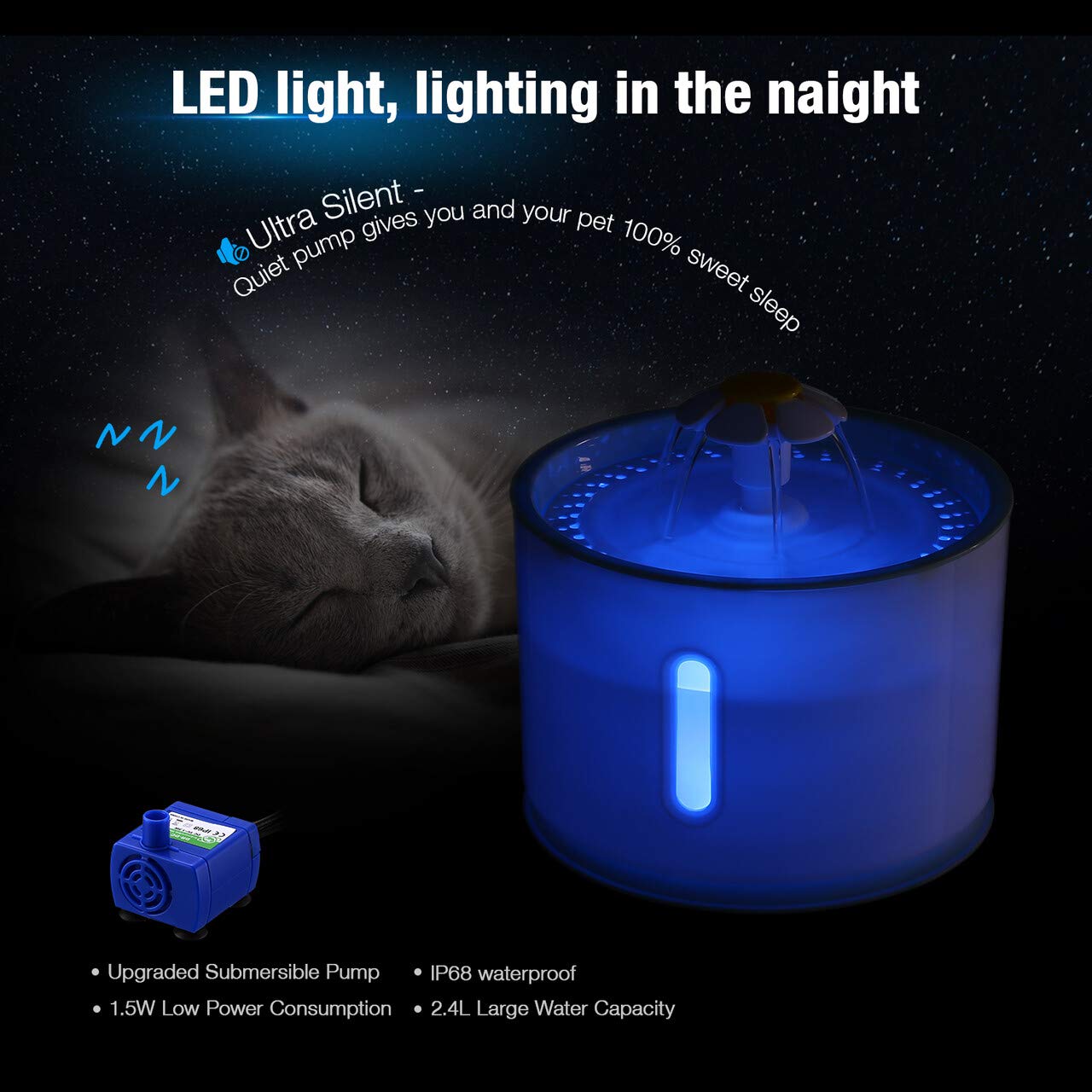 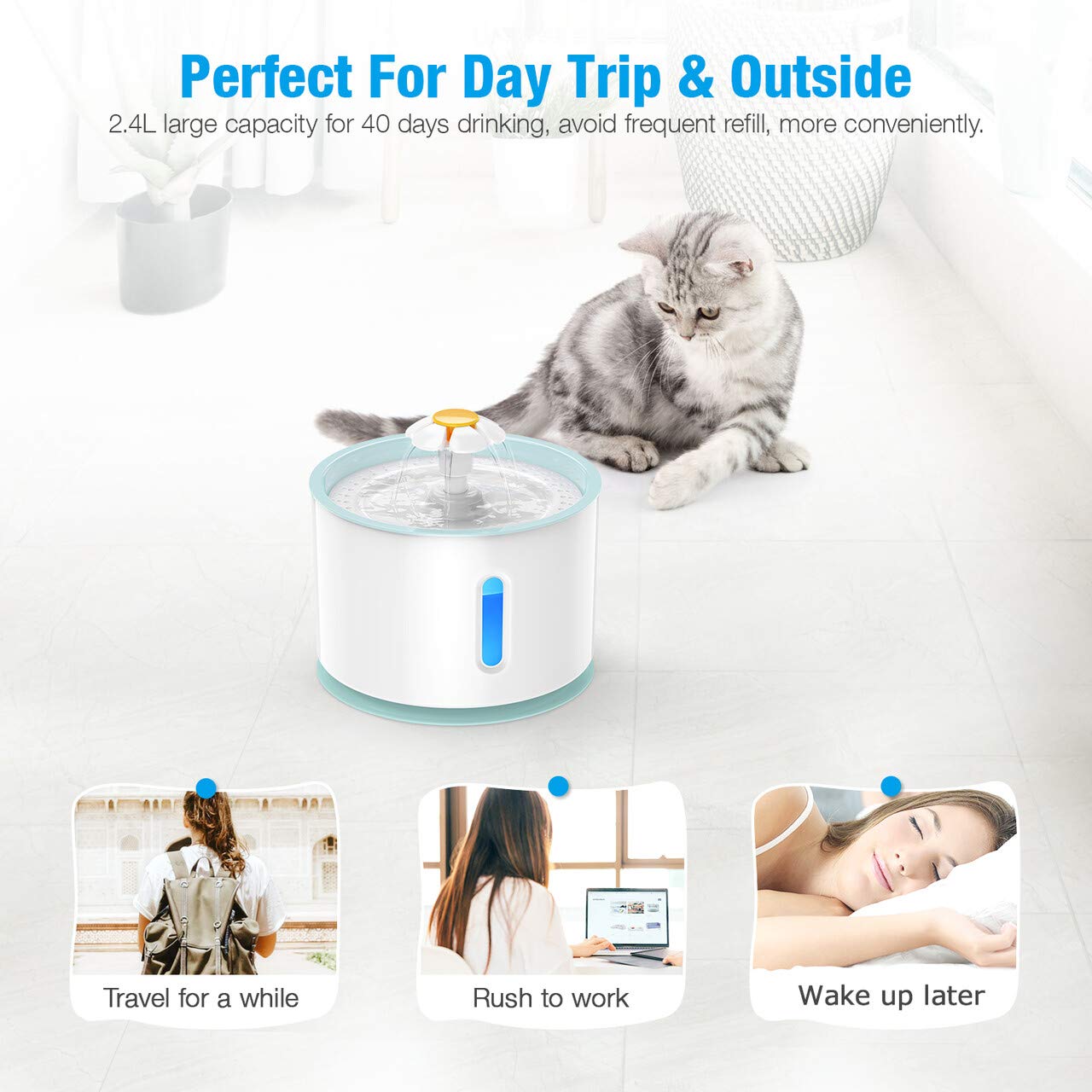 We bought this as a replacement for the water fountain pet dish we've had for about a year and I can already tell this is a much nicer version. While it doesn't hold quite as much as our old one (held about a gallon and a half) this one is MUCH quieter than the old one. The main reason we did decide to get this is that it would have cost more to replace the pump, which is just a simple fish tank pump, than to purchase this brand new unit.

The pump on this unit is completely silent where as our old one would make a humming noise that was loud enough to hear over our TV even though it was in another room. It also has the water come out of the petals of the flower so the airation or the water is stronger. The flower also makes it look quite nice as well. The bowl doesn't hold much water on top, forcing the animals to drink from the streams falling but what cat or dog doesn't enjoy that? In fact our seems to be drinking more because of this. Instead most of the water is hidden in the base of the bowl, which is hidden underneath a strainer section and an disc shaped charcoal filter. This helps keep the water much cleaner which was a big problem with our old bowl. And since it is round it doesn't have as much opportunity to let slime build up in the corners like our old rectangle bowl did.

There is a visual gauge on the side to show you the water level and make sure you don't fill it up past the top of the gauge or it will overflow onto the floor. Not a big deal as you just pour the refill water into the top and watch the level rise. There is also a blue LED light inside that they claim is to attract the animals but how this is supposed to work I don't know. It does emit a blue glow around the bowl though which is noticable but not distracting or a visual deterent. Nice long cord for the pump and once set up and running you'll never hear any noise from it, not even of the falling water.

I am extremely pleased with this bowl and it has helped to increase our cat's water consumption which can be an issue for some of them, resulting un Urinary Tract Infections or even kidney stones. It is very well made and attractive as well. I would absolutely buy this again even at full retail price.