These work really well in vases, decorative bowls, or centerpieces like I did. 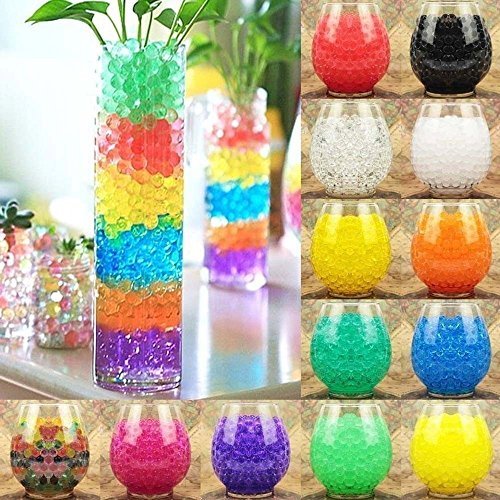 I ordered these Awkli 5000pcs Crystal Water Gel Beads beads to add to a centerpiece I was making. I was really surprised at how well they expanded. I admit, I wasn't impressed with the package when it first arrived. It was a bunch of what looked like seed beads, tightly wrapped in plastic. There were no instructions included. These beads are very colorful, and are about 2.5-3 mm in size. After I got them, I returned to the listing to see exactly what to do with them. Reading the listing and a few of the reviews, I learned that they needed to soak for several hours to reach their full size. I put about a teaspoon of them into a bowl of water before going to bed. When I got up in the morning I found that they had expanded to about half an inch, and that my teaspoon of tiny rock hard beads had become more than a pint of squishy gel beads. This was more than what I needed for my centerpiece, so I am glad I put them into the bowl instead of directly into the container used for the centerpiece. I do wish that these had come in a resealable bag, but I just transferred the rest into one from my kitchen. I also wish that there had been instructions included. It wasn't a major problem to revisit the listing to learn how to use them, but still an extra step I shouldn't have had to take. Even so, I would recommend these gel beads to anyone who wants to add a colorful touch to your centerpieces, vases or other decorative pieces. http://amzn.to/2B6XT8S #RankBooster #sponsored #Awkli 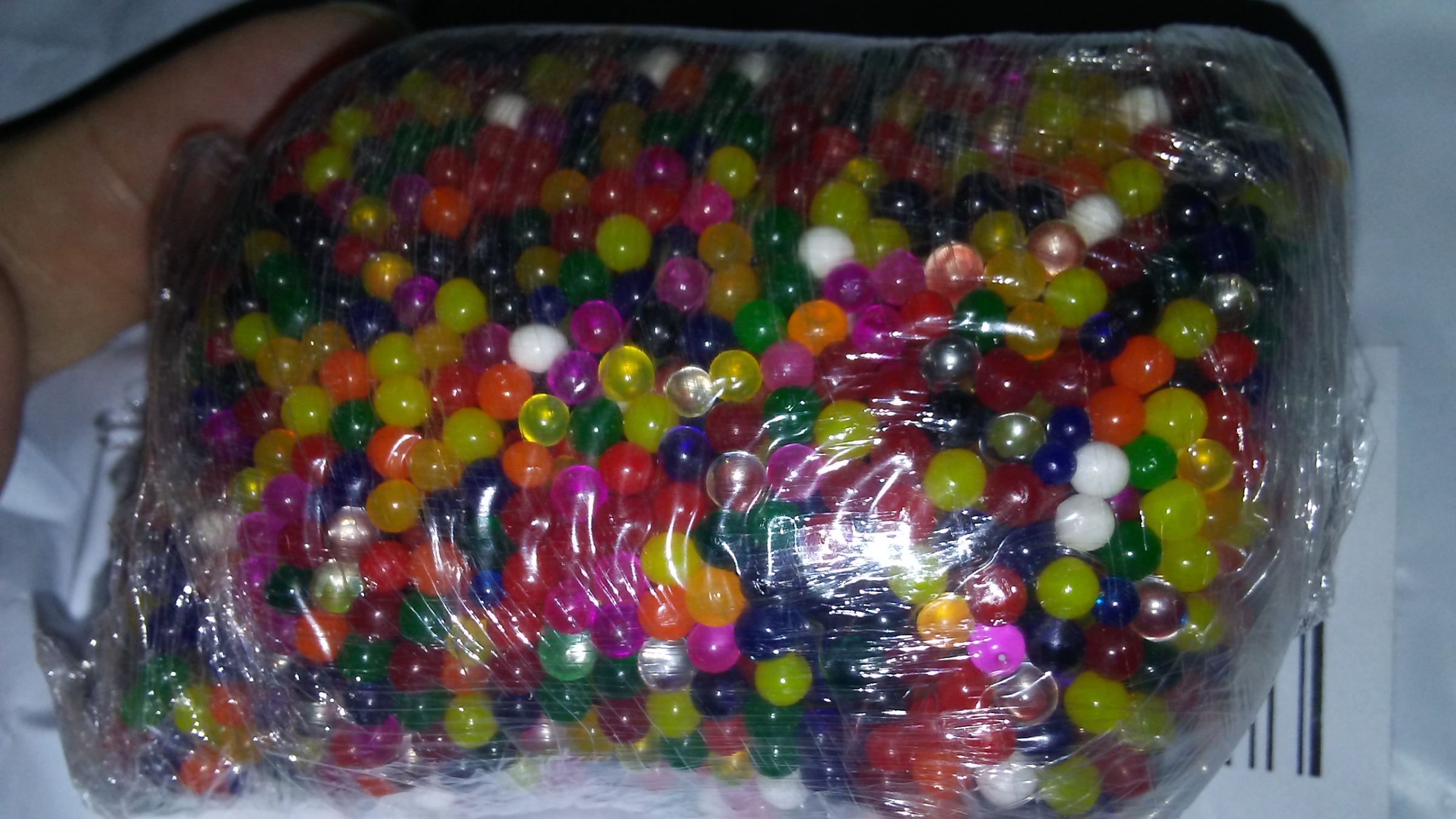