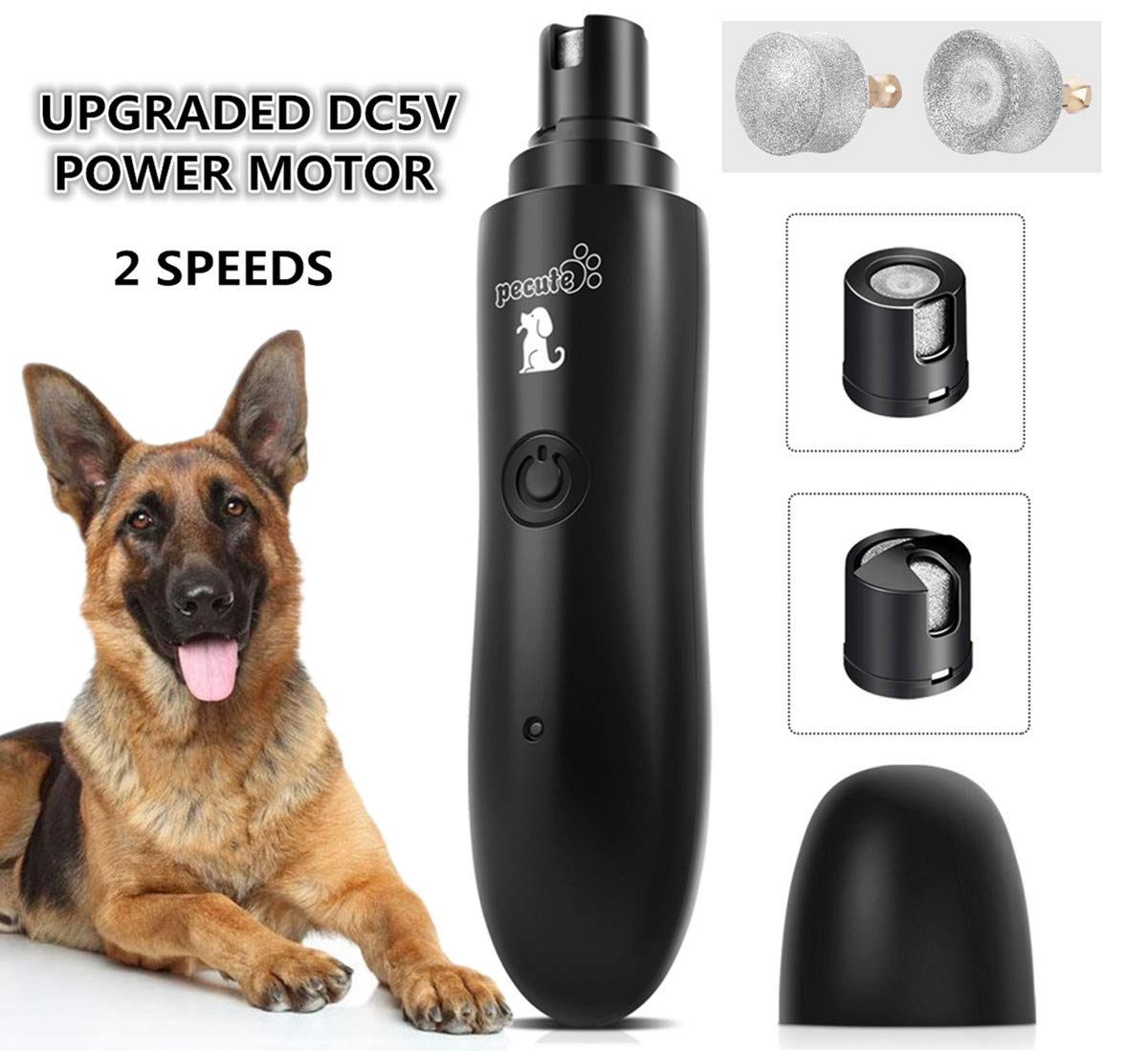 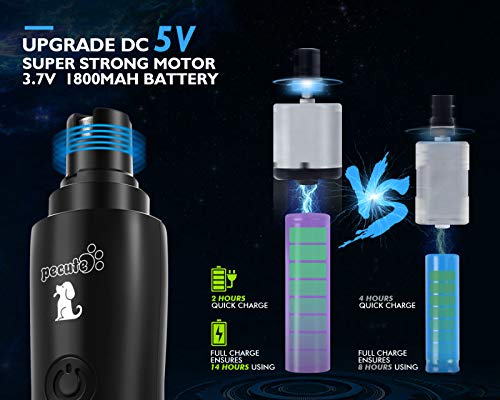 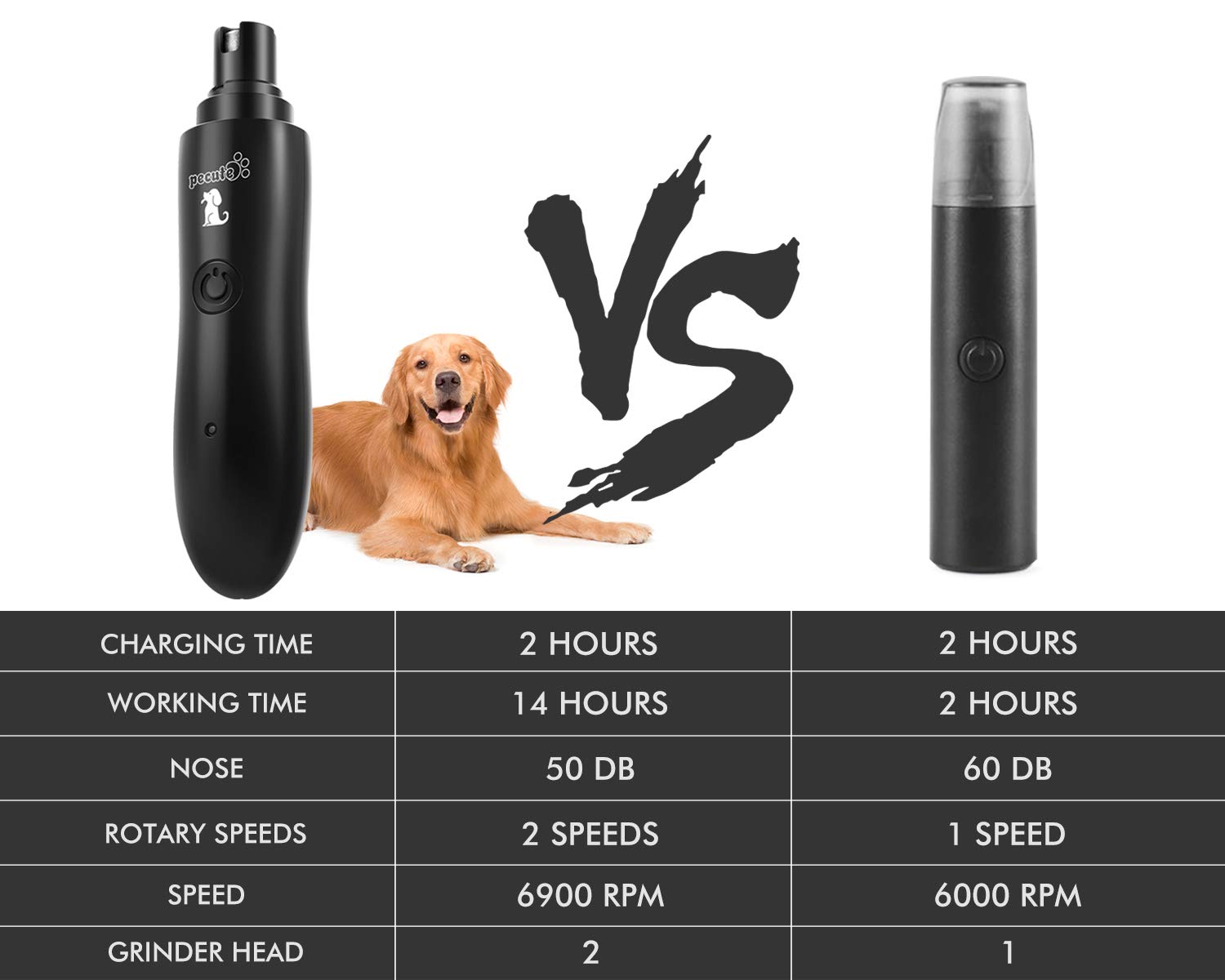 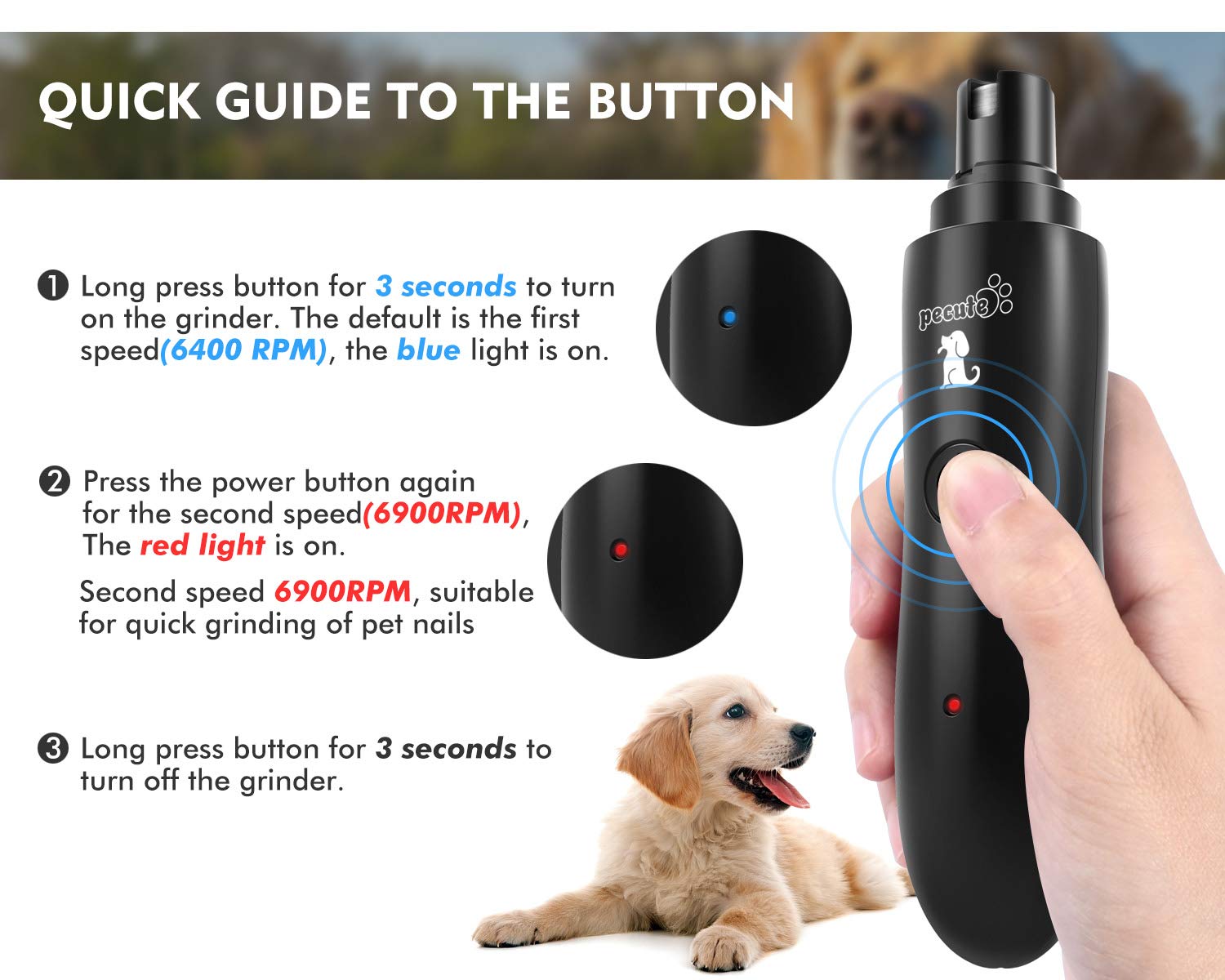 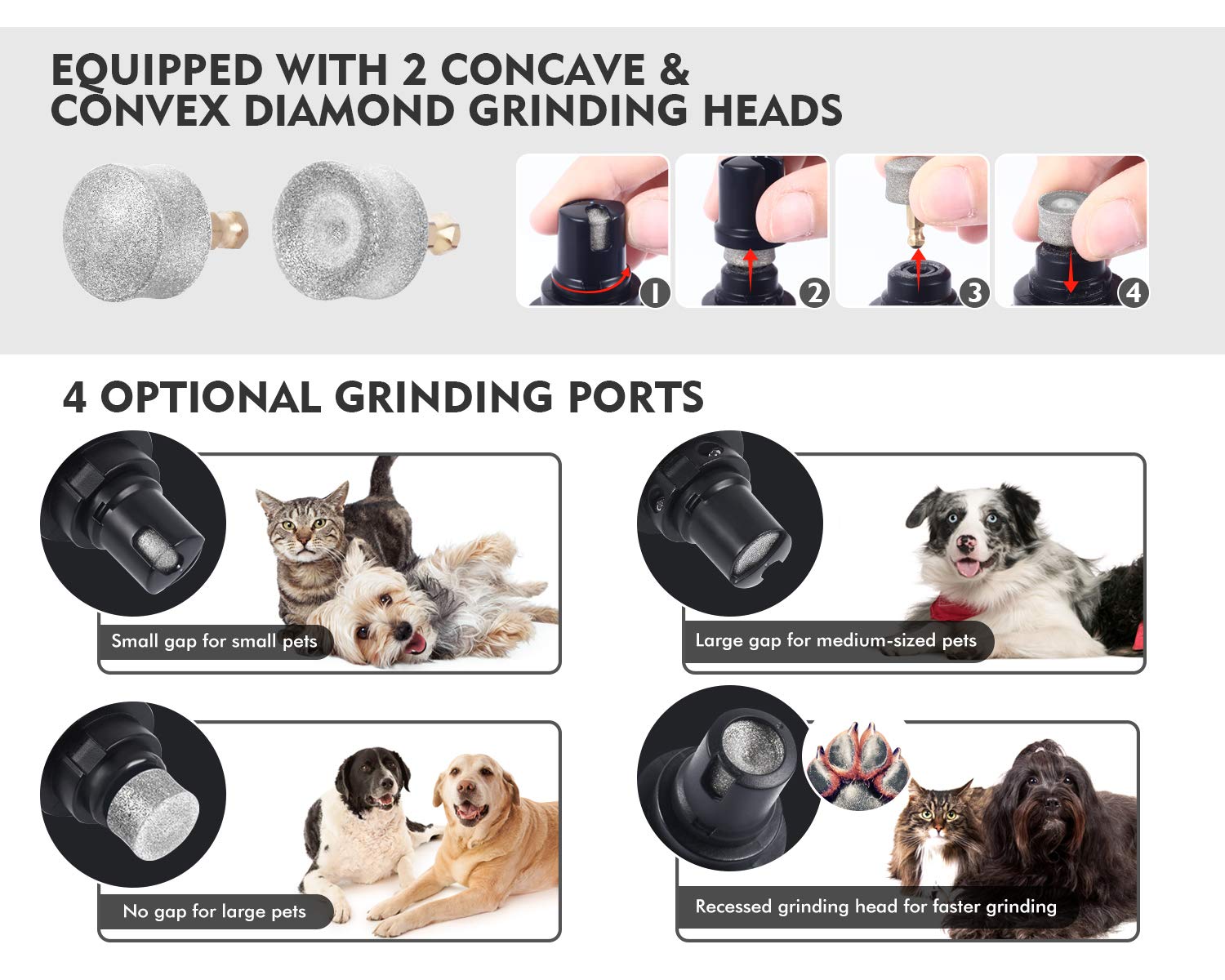 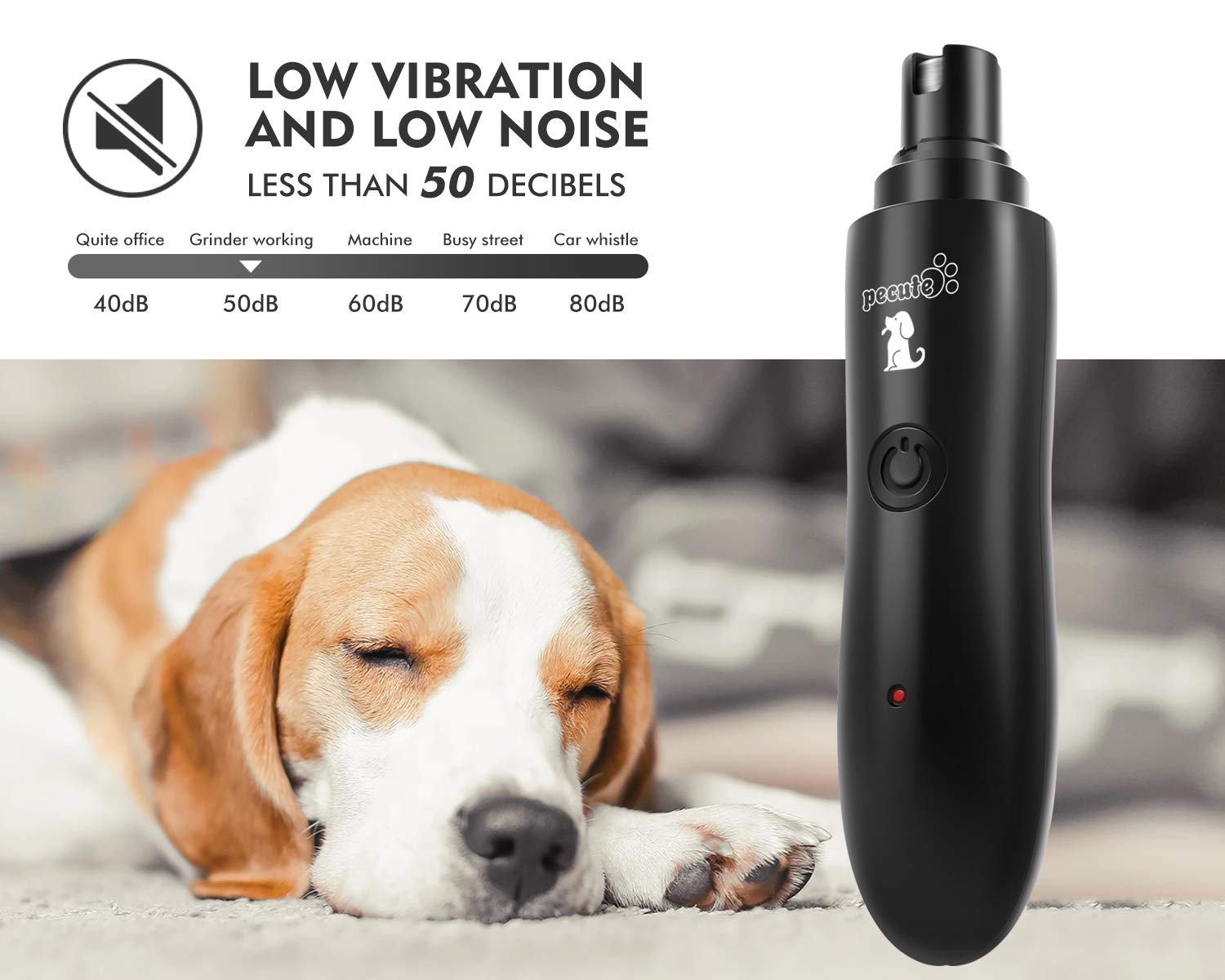 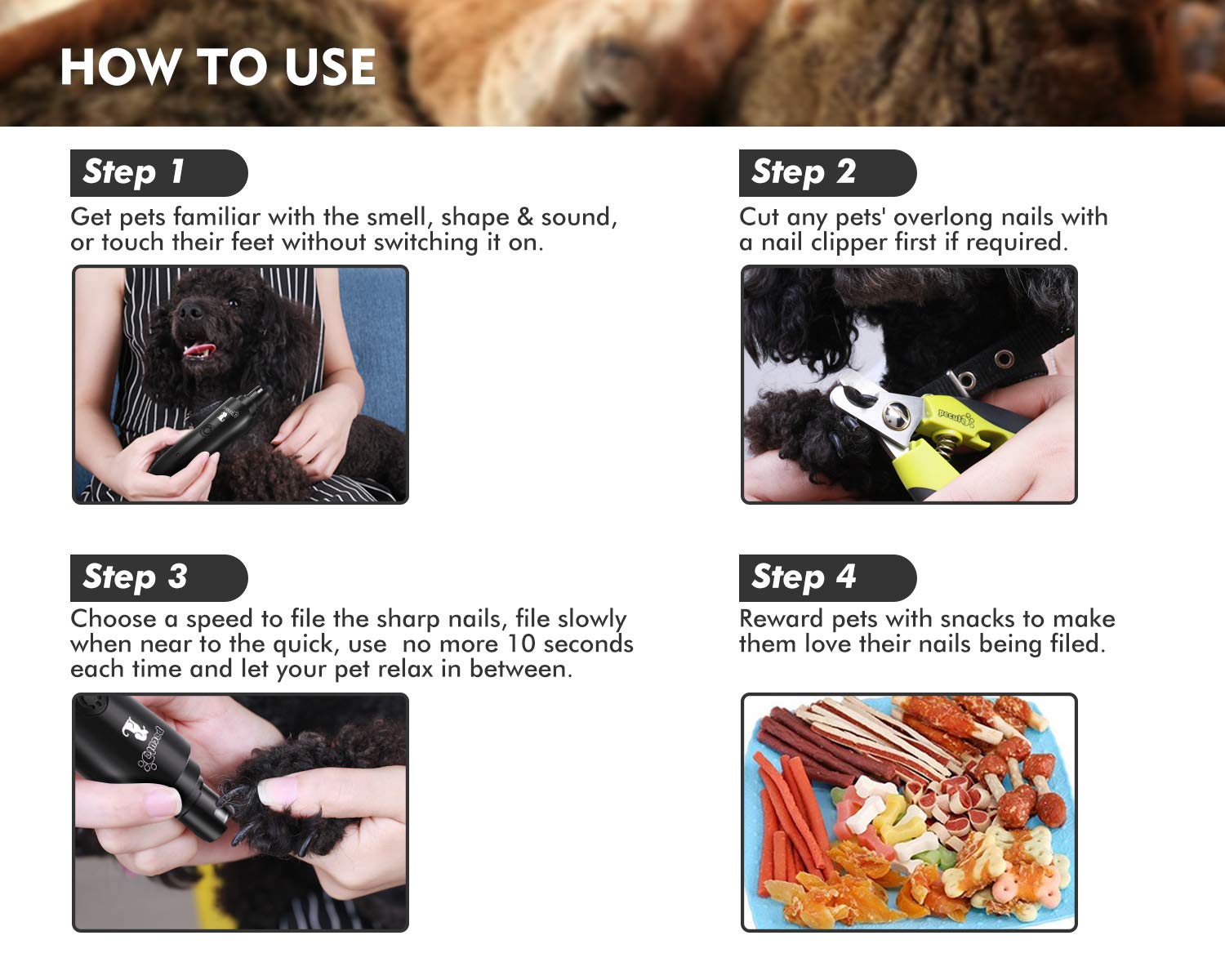 We have a small dog who doesn’t like to have his nails trimmed. I’ve been bitten, Scratched and sh*t on so rather than the expense of a reliable dog groomers I searched for alternatives and found this... it was great value so nothing to lose if it went pear shaped... reviews were promising and so I ordered it

After a couple of days of introducing this file to him he was happy with it and quite relaxed..I started off pretty much just skimming over the nails until he was used to it... having no noise made life so much easier as he was after a while easily distracted.. We are now filing his nails every few weeks with no issues at all. Brilliant product and wish we’d tried it earlier.