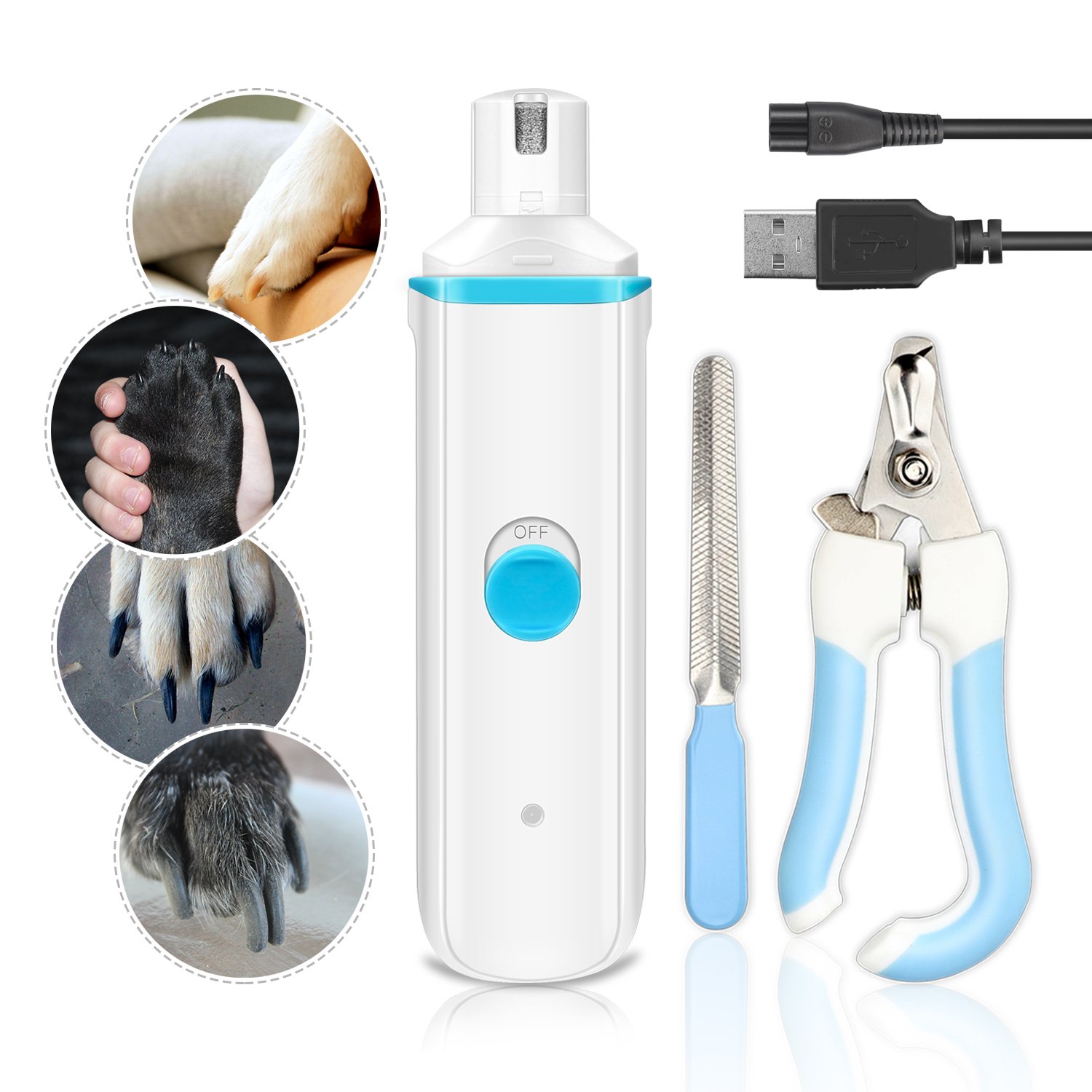 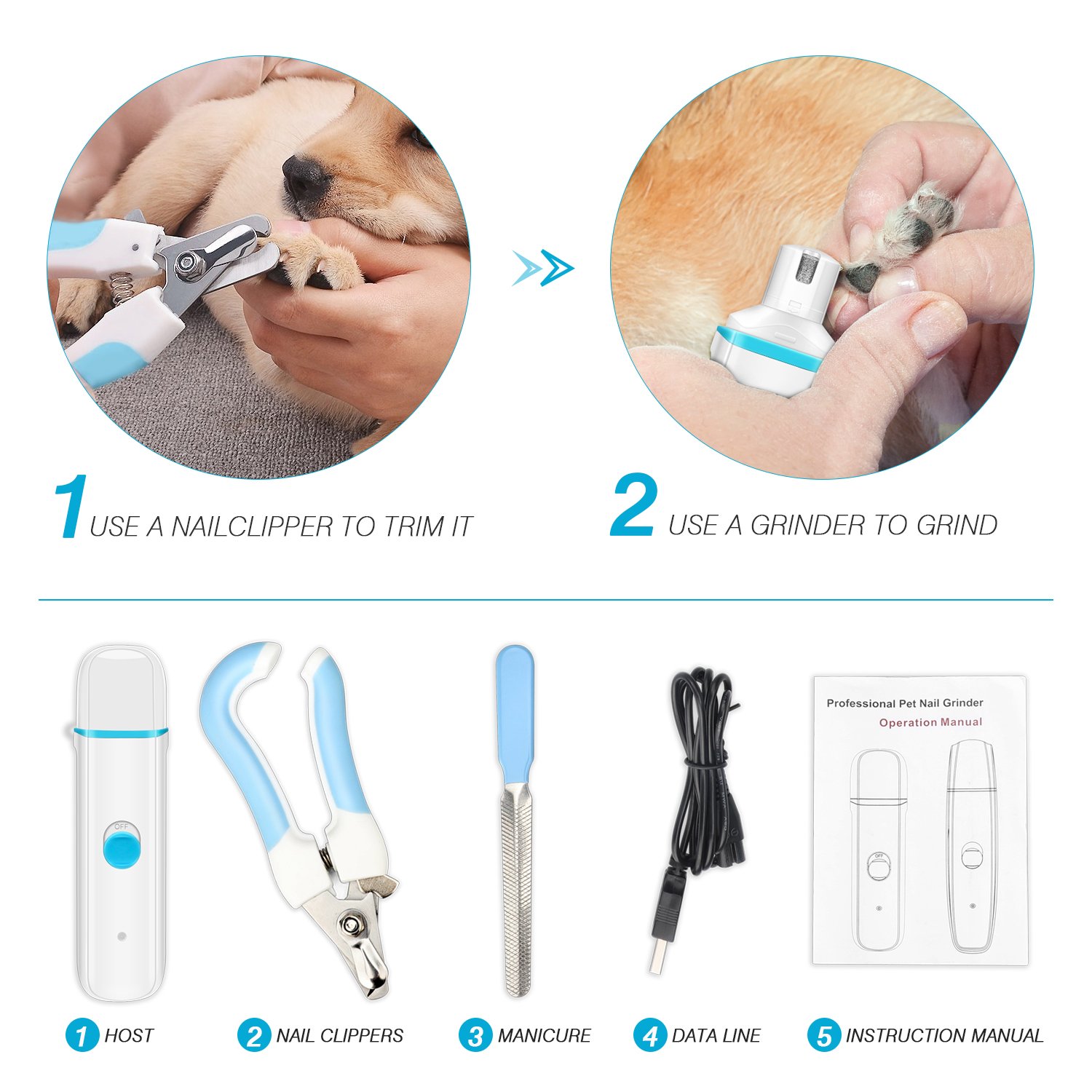 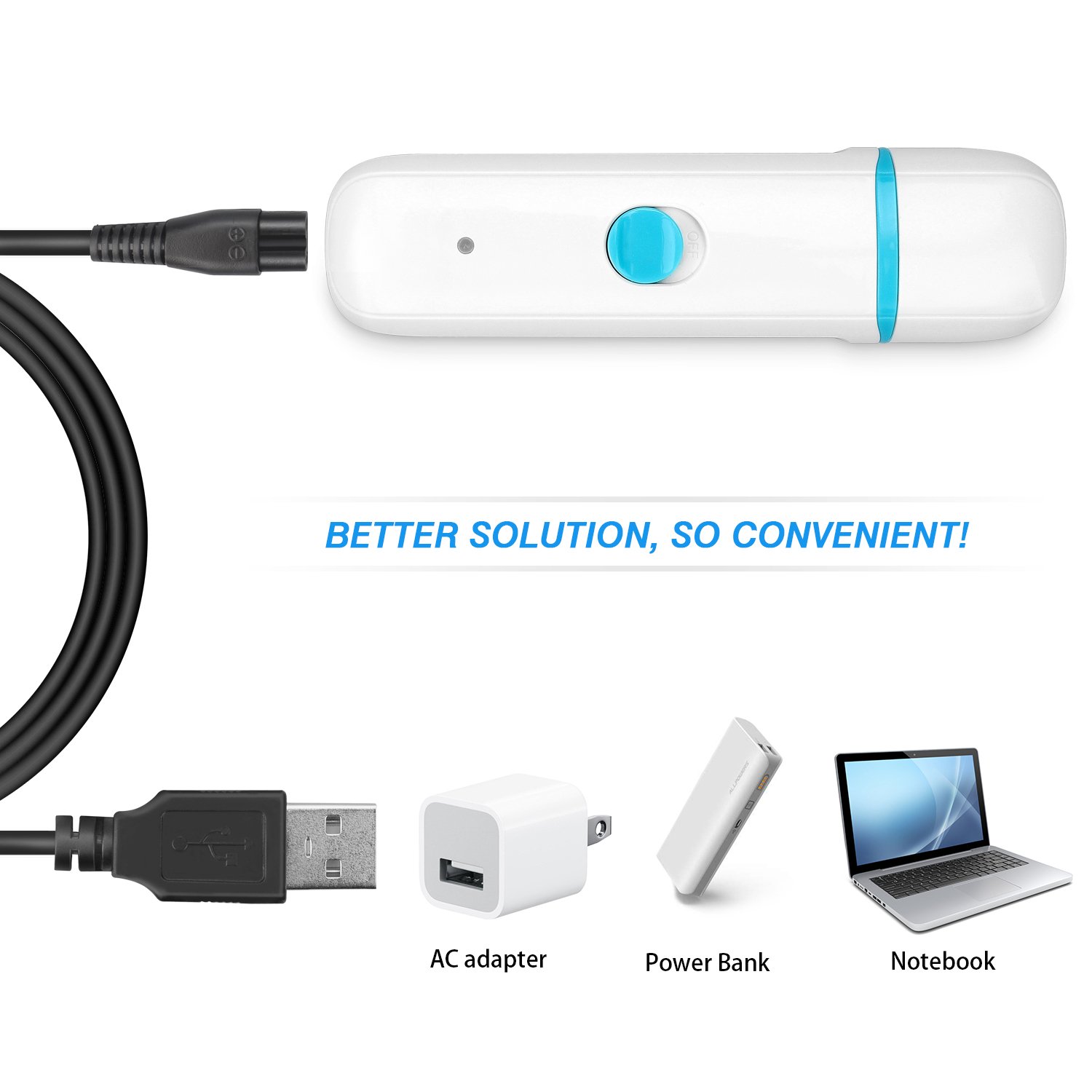 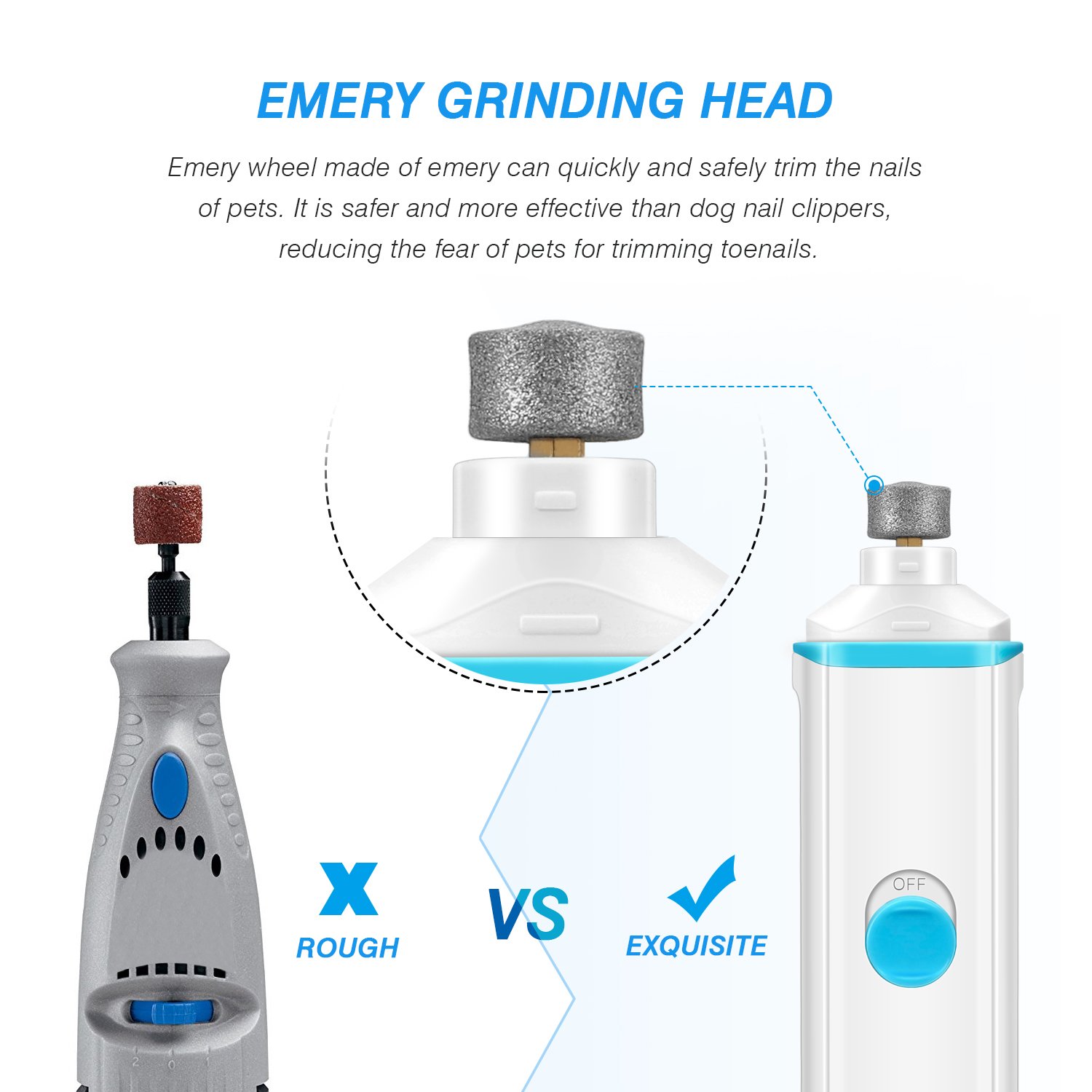 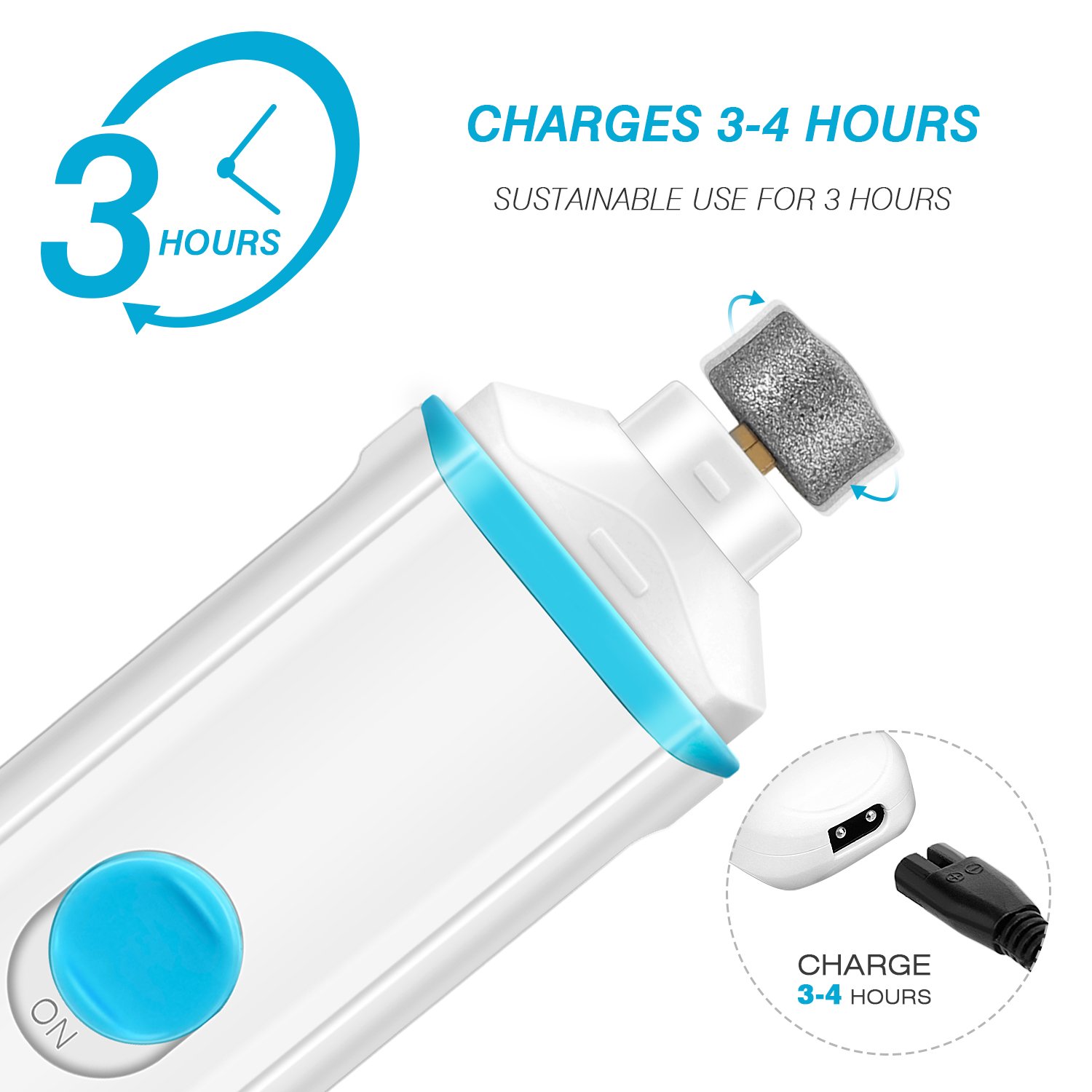 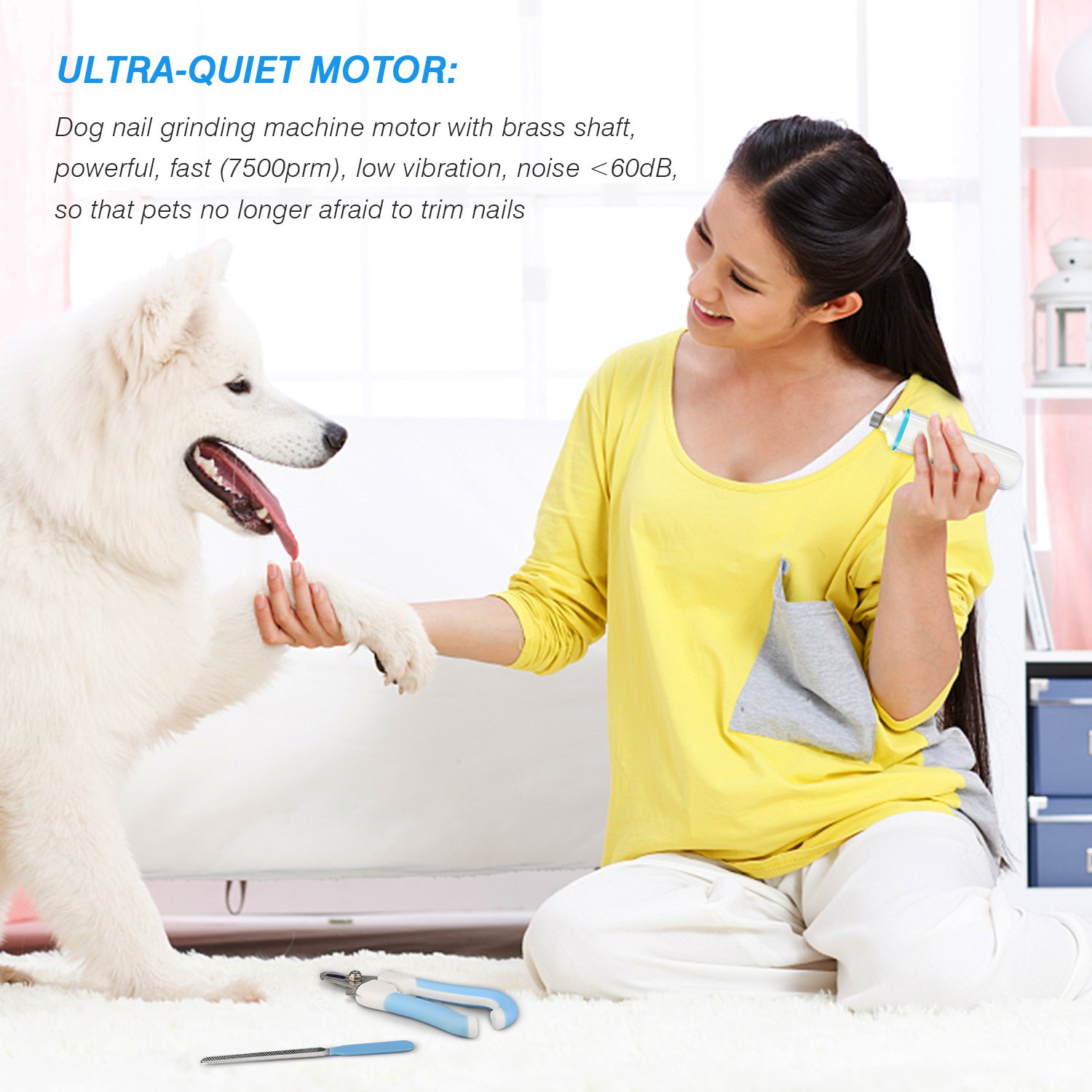 I hate giving anything less than a 5 star review and I think it over a lot when doing so. I really wanted this rechargeable dog nail grinder to work well, but it just wasn't very powerful. I have a large 70 lb dog and after moving into an apartment, he isn't digging and running as much so I've had to start trimming his nails more often. He hates for me to trim them because of an accident when he was a puppy and I cut one too short. I still feel bad about it and he still remembers it, so he is a very hard dog to get all his toes trimmed in one sitting.

He had no problem when I put the griner on his nails, but it wasn't powerful enough to take any length off the nail. Of course I had to remove the tip designed to aid in smaller dog nails and still...nothing. I'm not sure if a courser stone would help but I think it is just that the motor doesn't have the juice to make the stone spin fast enough to tackle large dog nails. The little file they included was also kind of useless on my large dog's nails. The only thing I could use was the manual clipper, which are sharp and did work, so I still gave 3 stars.

On a smaller dog less than about 20 lbs, this would be an amazing product. It just doesn't work on those tough big nails.