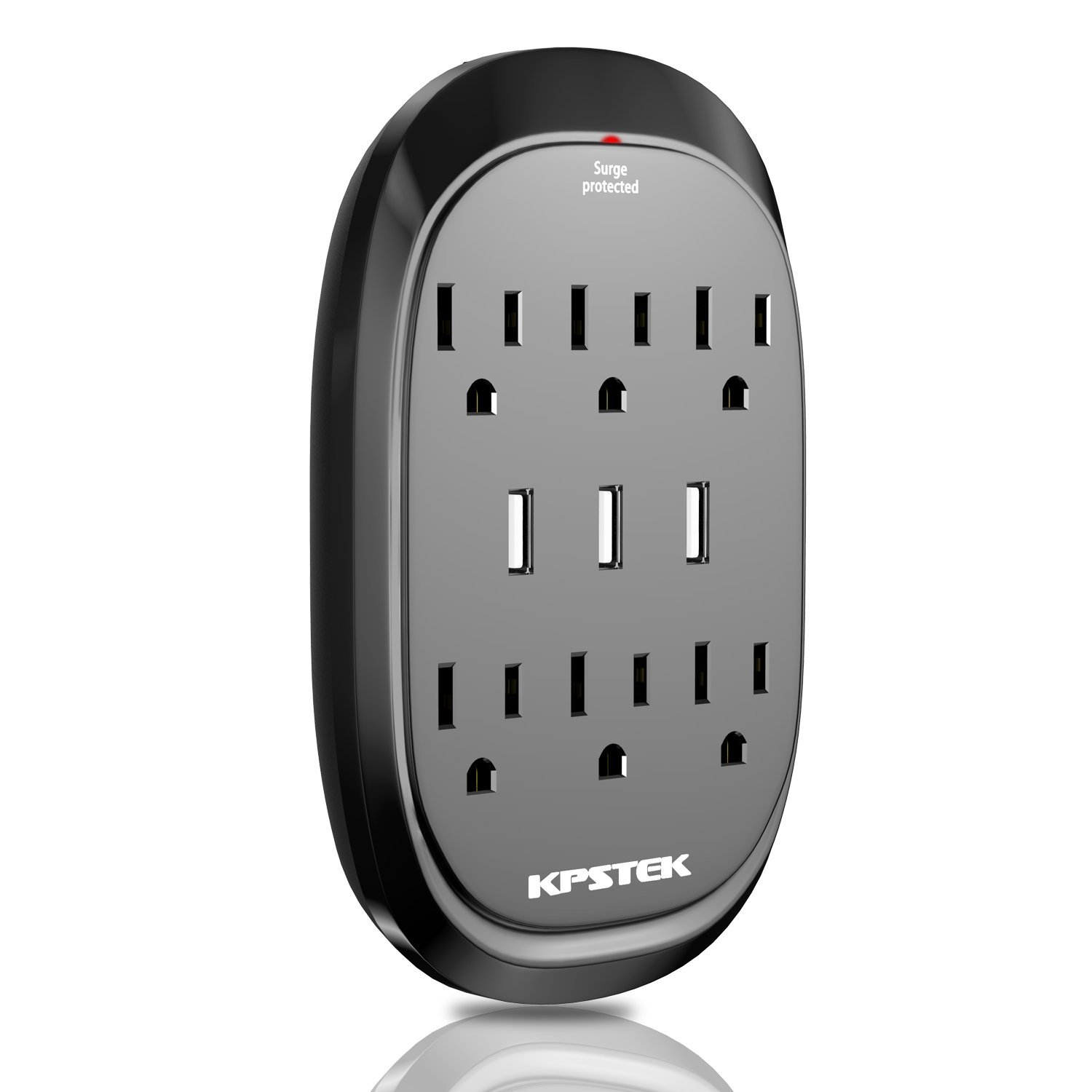 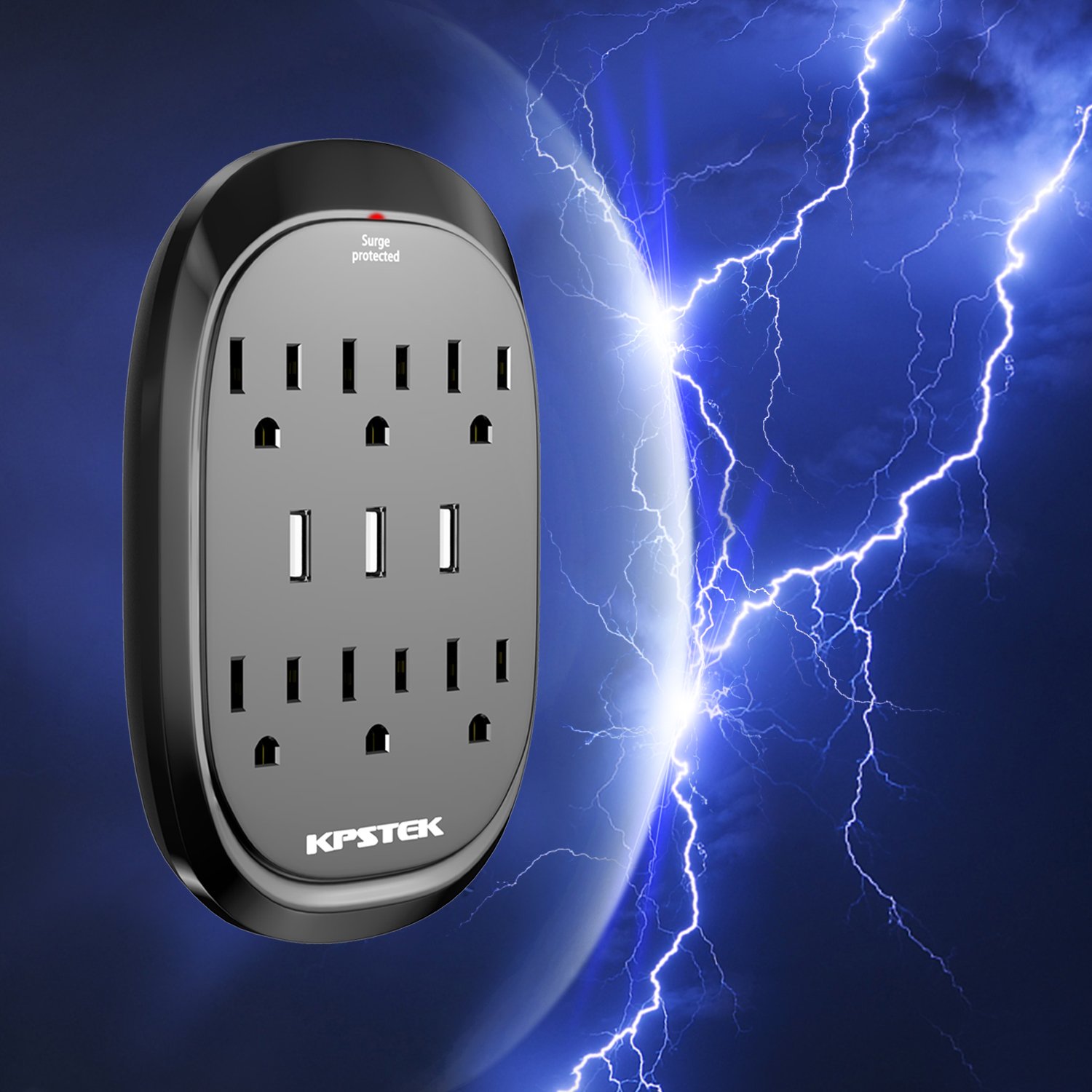 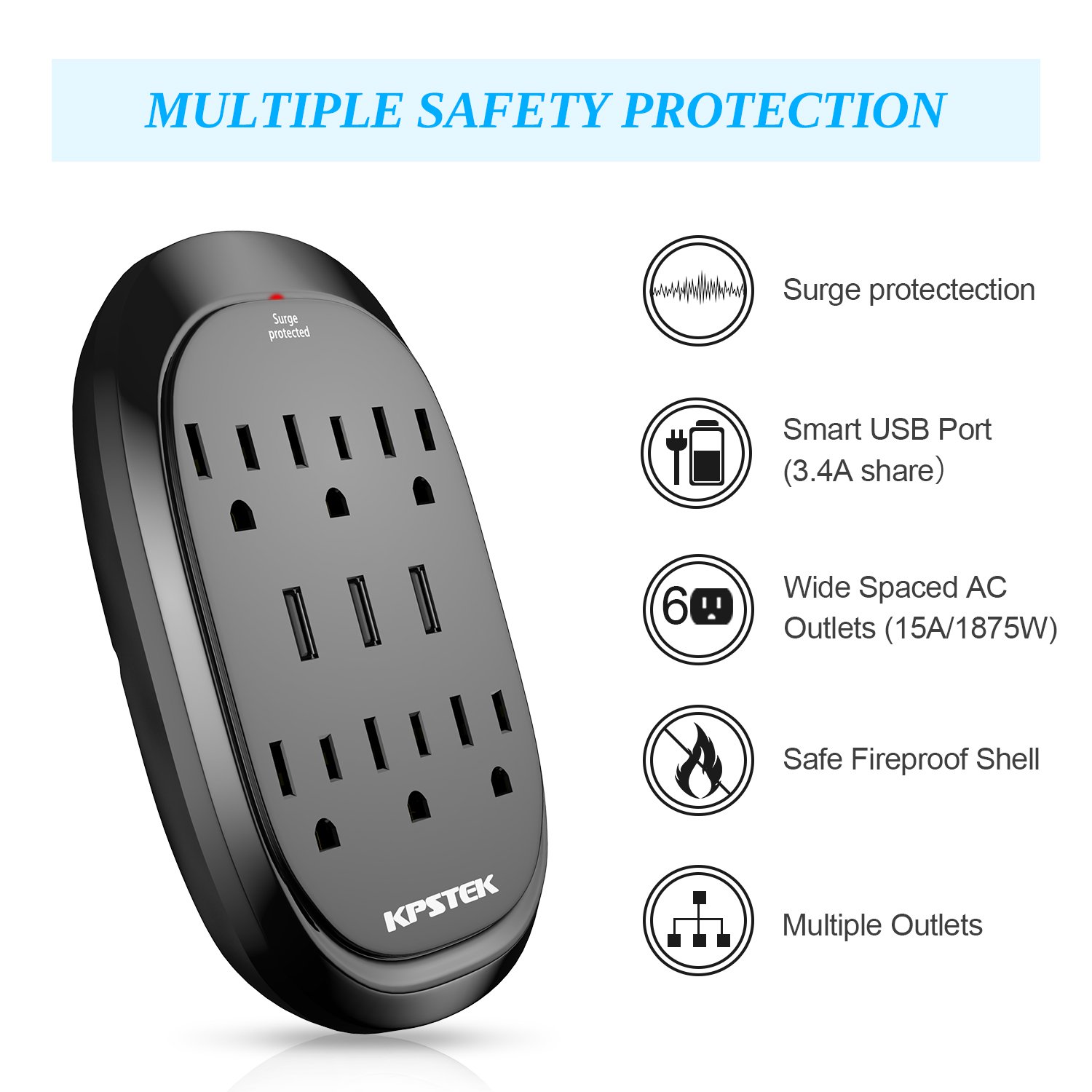 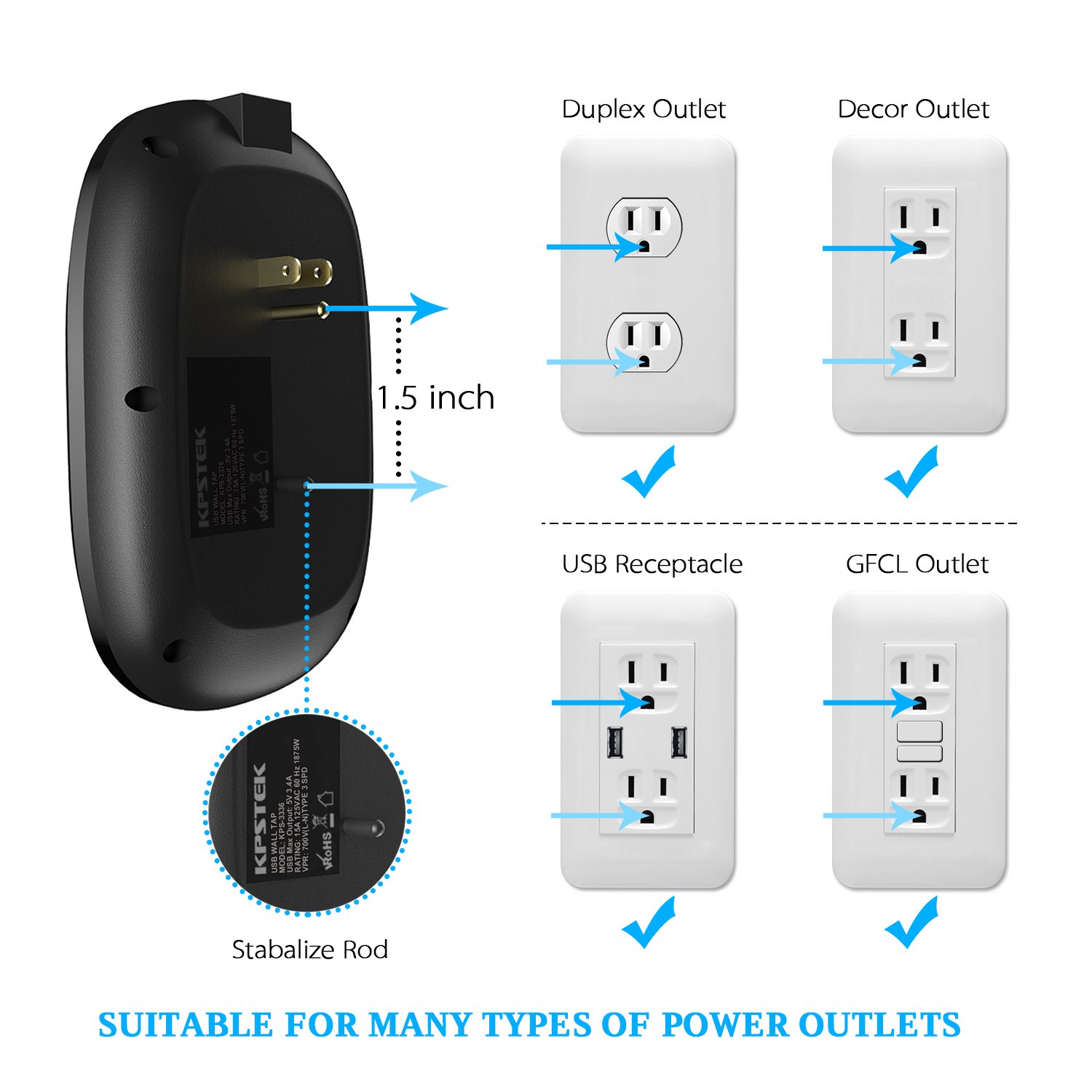 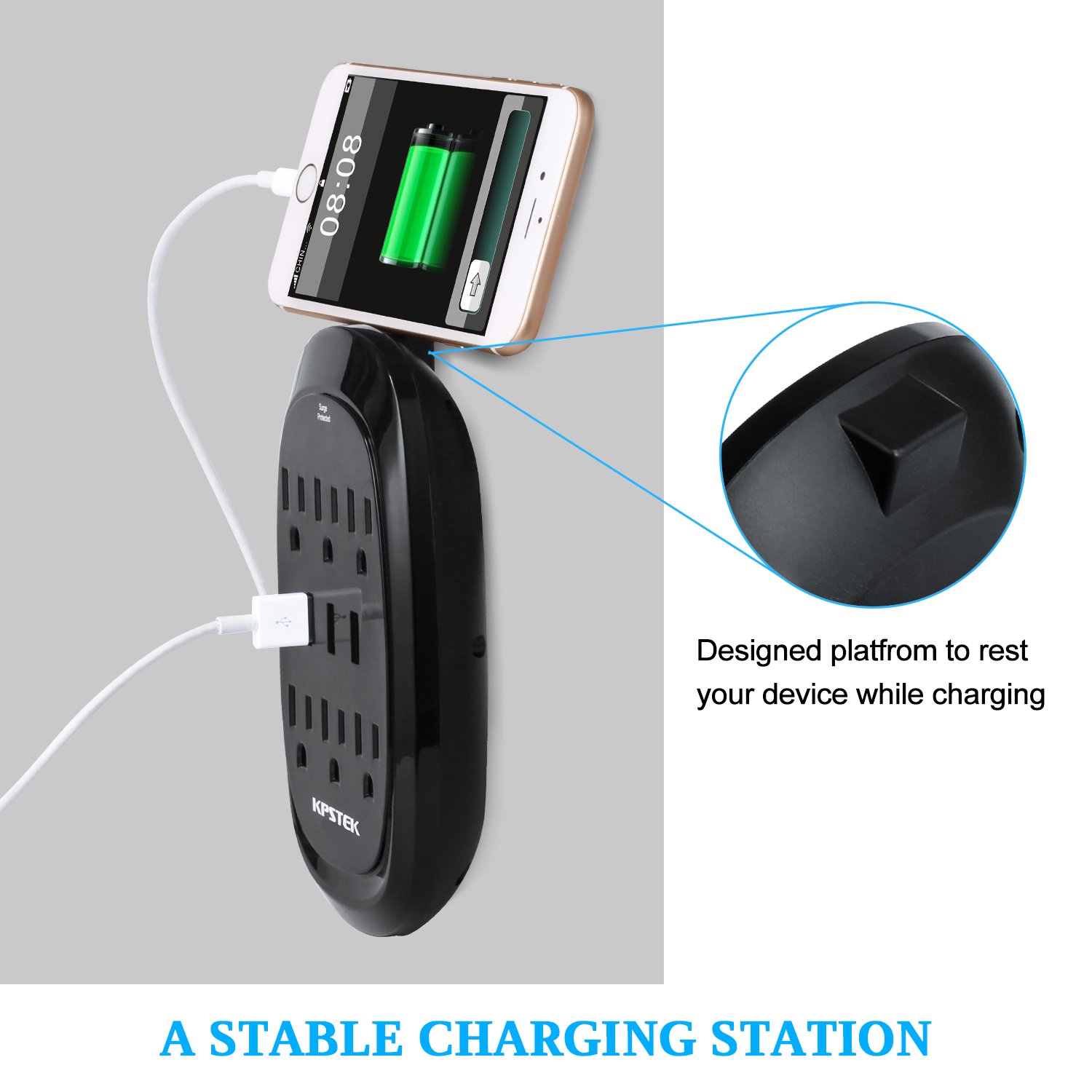 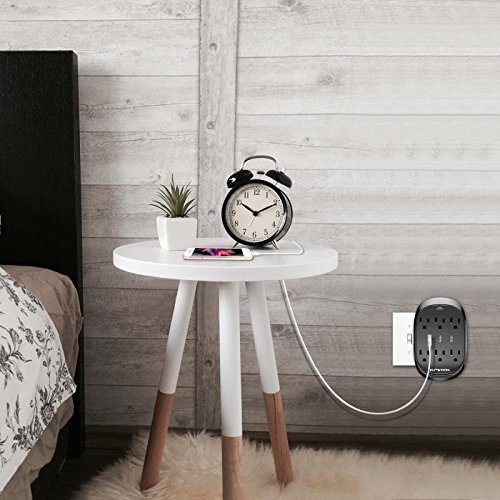 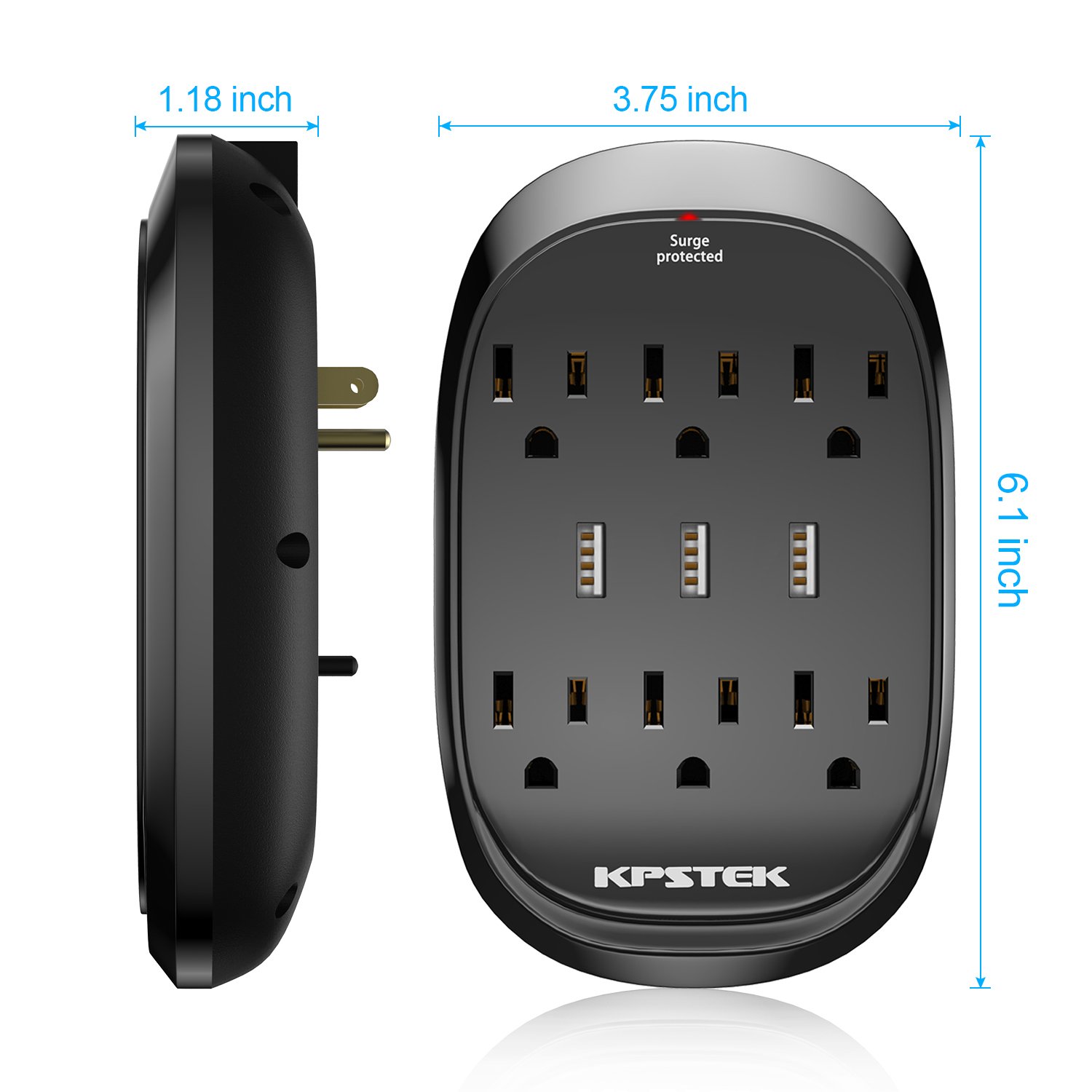 I decided to get this because I was looking for something to replace my current wall mount to extend the normal 2 outlets to 6.  I’ve had it for several years and it was showing it’s age.  I came across this one and I liked the look of it.  It had the six outlets I was used to having, but also had 3 USB ports for charging, which was something that I was looking for too because I charge a few devices on a daily basis.  Something like this would save the hassle of having to have a USB to outlet adaptor making it more convenient.

Shipping was fast and packaging was good, no complaints there.  On opening the box however I couldn’t help but to notice that it it looked like it was reused plastic and even when taking off the plastic film the adaptor had noticeable scratches on it as well as smudges. This made me wonder if this was used when I assumed I was buying the adaptor in new condition.  Little odd in my opinion there.

I did remove my old mount and placed this one on.  It seemed to work fine on the first couple plugs I placed into the device and started charging the few USB devices I put into it as well, so it did the job.

There was one flaw that I found and that was with the bottom outlet on the far right; I had to jam the plug inside because it wasn’t fitting properly no matter what plug I was trying to put in there.  It almost felt like there was something inside blocking me from getting the plug in all the way.

After about a few extra minutes I finally got SOMETHING to get into the slot, albeit I had to jam it in pretty hard and actually hurt my hand doing so.

When I did get the plug in, the outlet itself did work fine.  Not sure why it was so hard to get a plug into that particular slot however. I did notice that the device in that outlet did sometimes short out, but as long as the wire isn’t jiggled in any way, then it’s perfectly fine.

All in all, it is a good wall mount after all said and done, however, if I was to need something down the road, I don’t see me getting this one again with the issues I found. With the defective outlet on the bottom far right I may just not use that outlet at all and just use the other on the adaptor (which all work fine, in addition to the USB slots).

Perhaps I just got a bad batch but I am not 100% if I would recommend this mount.

Hope this review was helpful, if you want to check these lights out, please check out it’s Amazon’s Page!

Thank you for reading!