Works good, but too bright for night 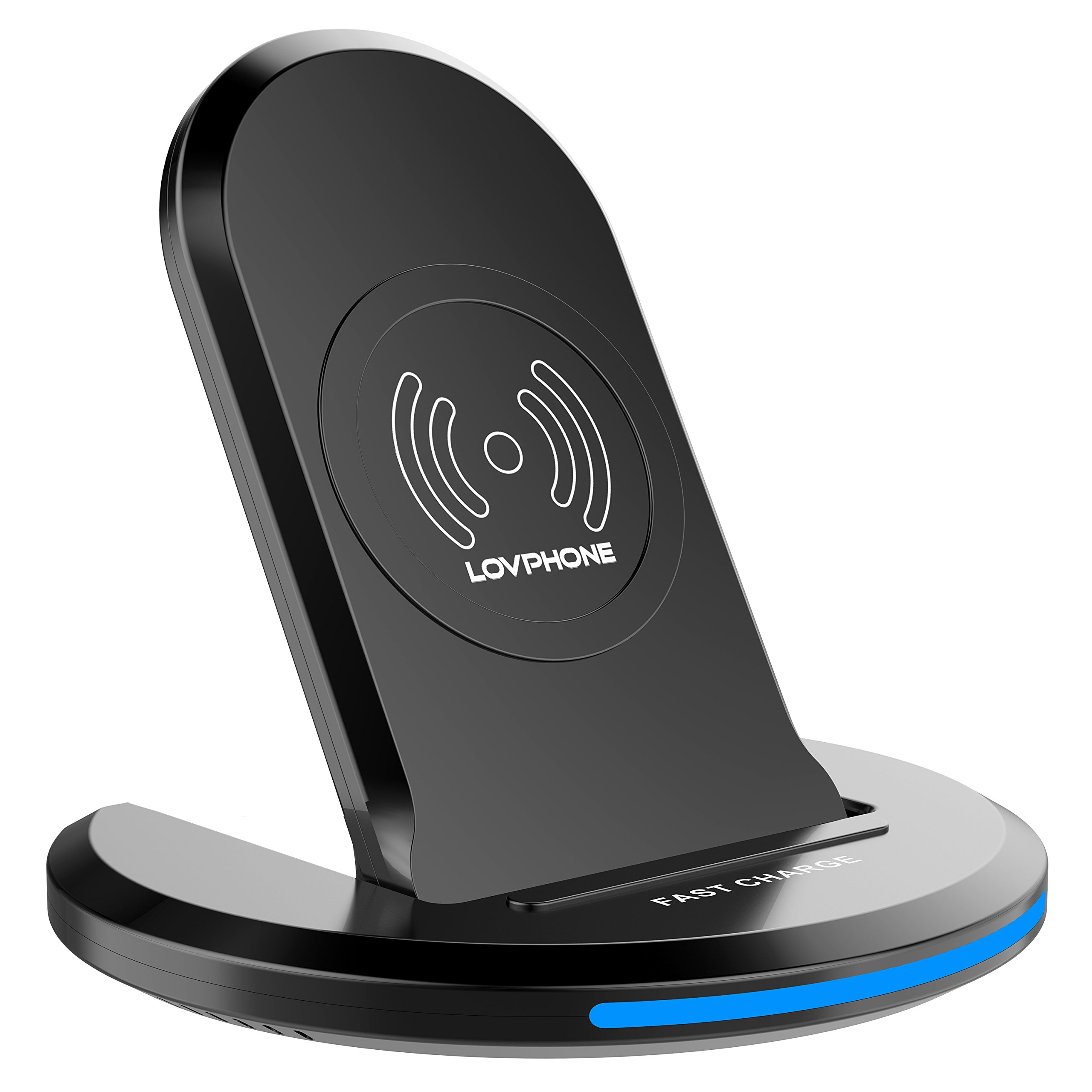 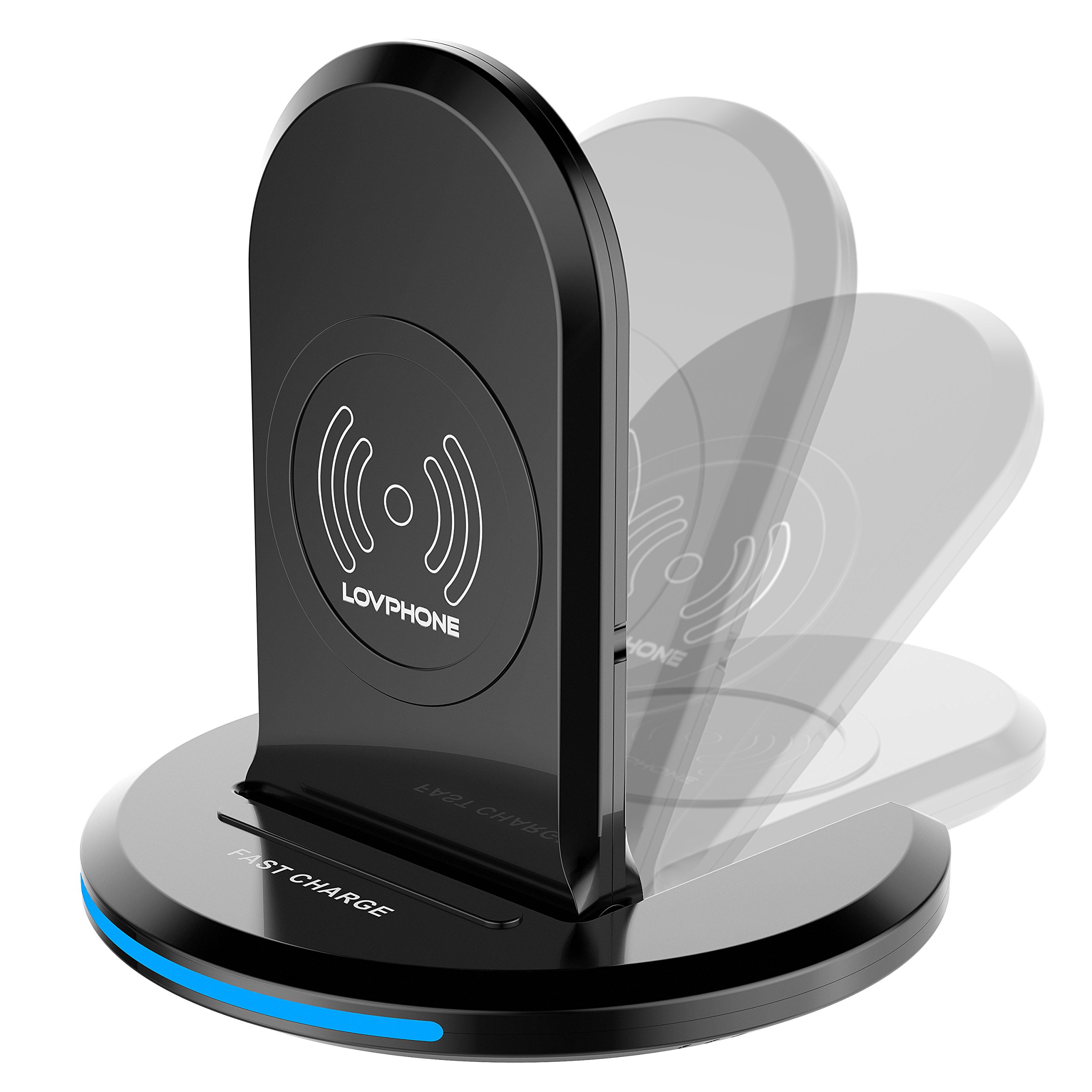 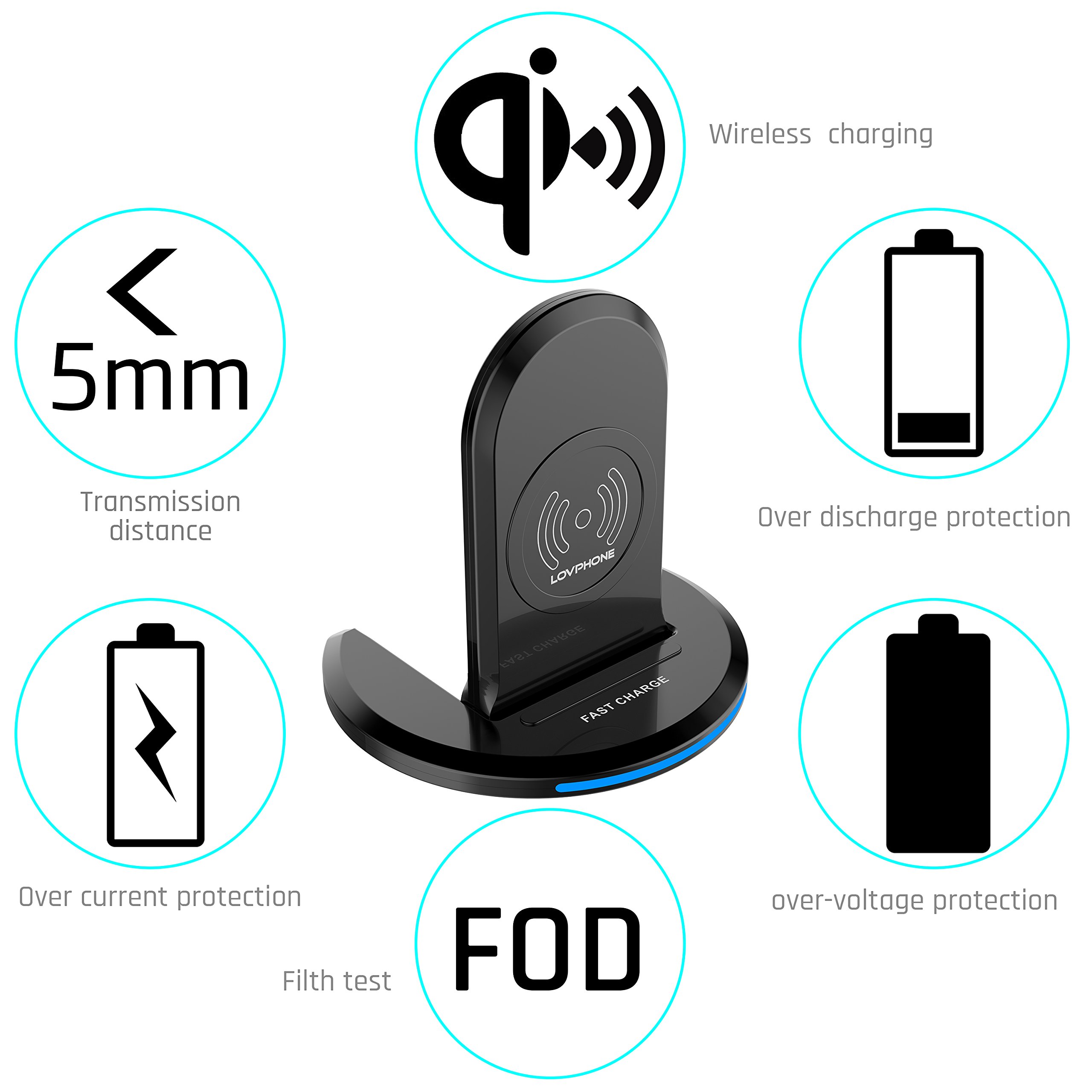 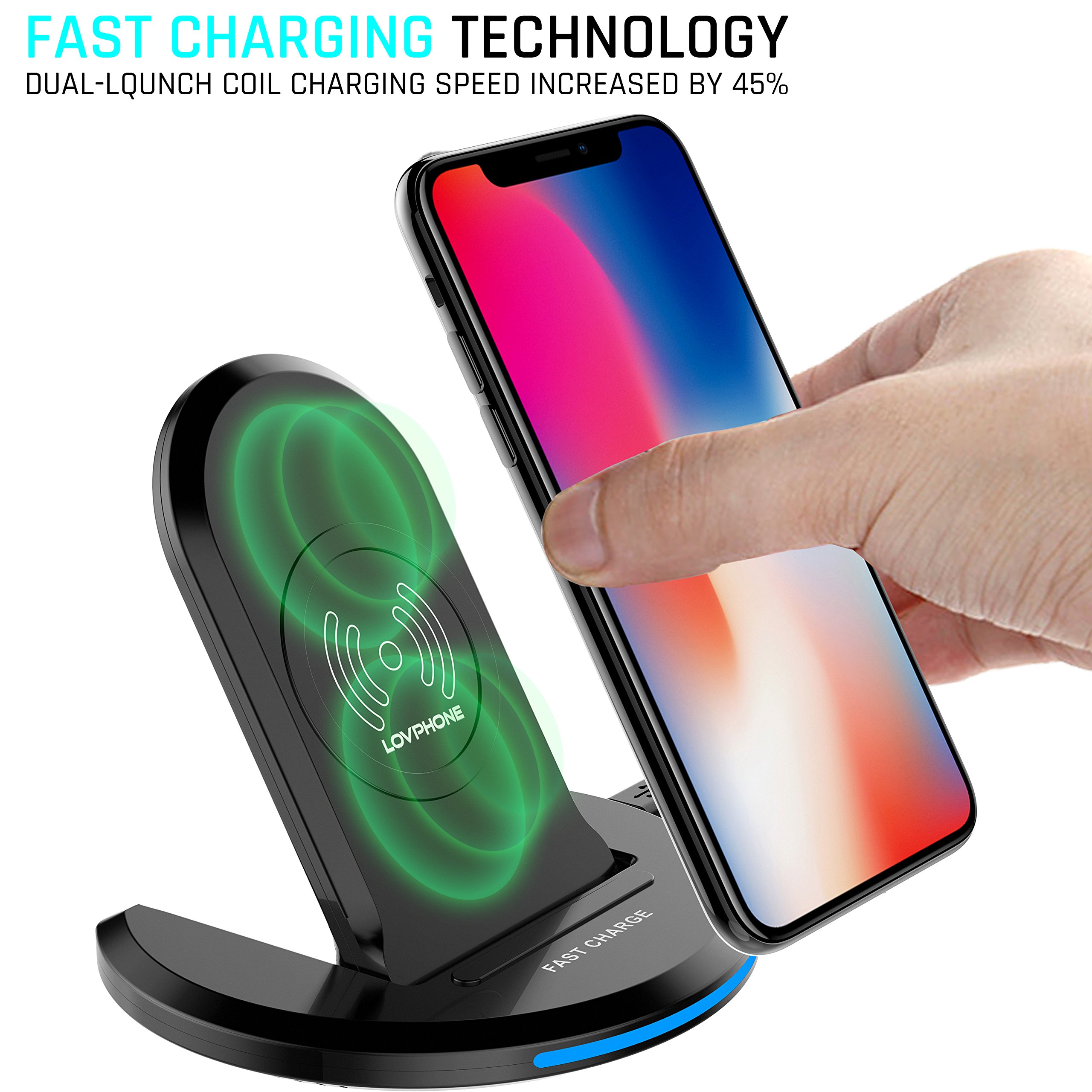 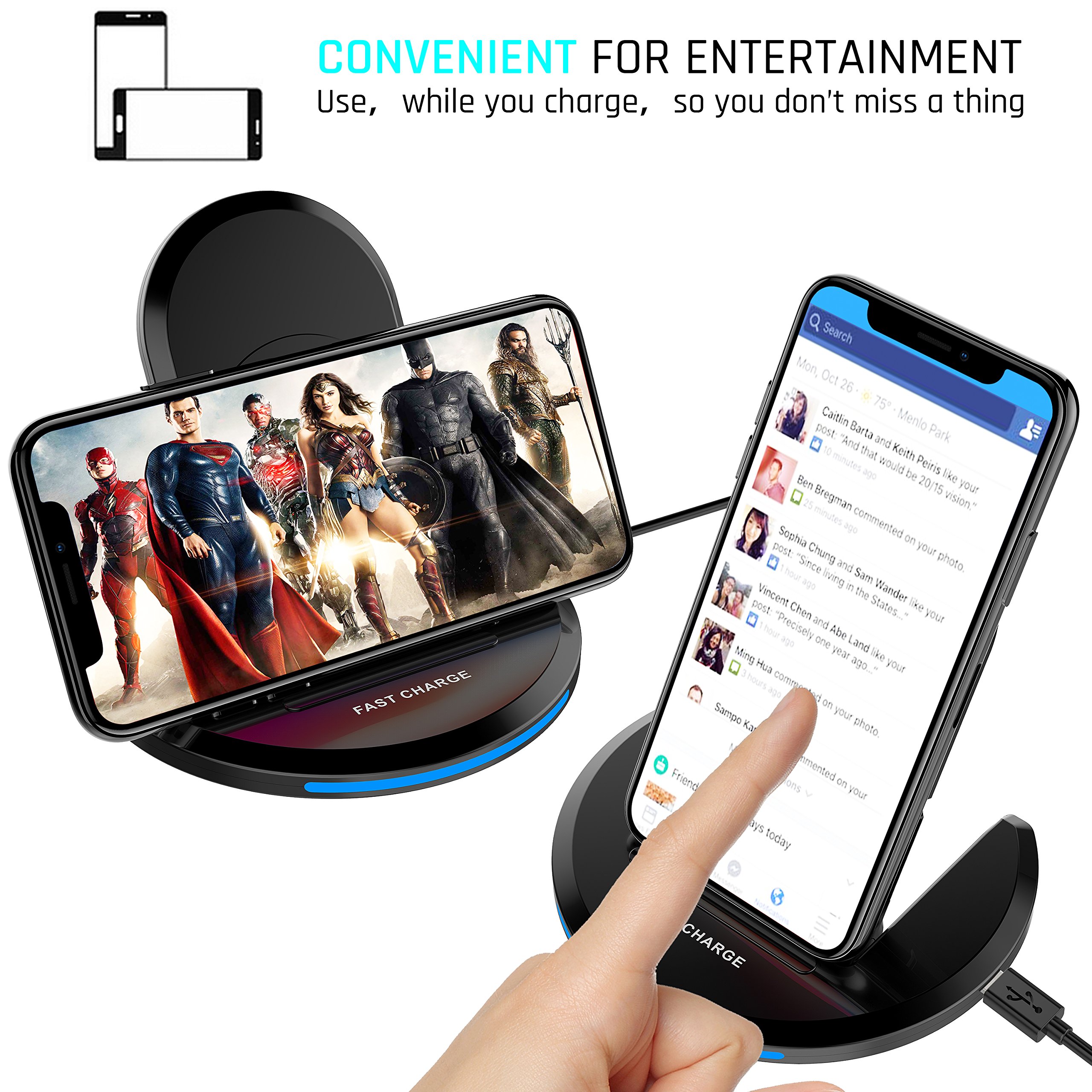 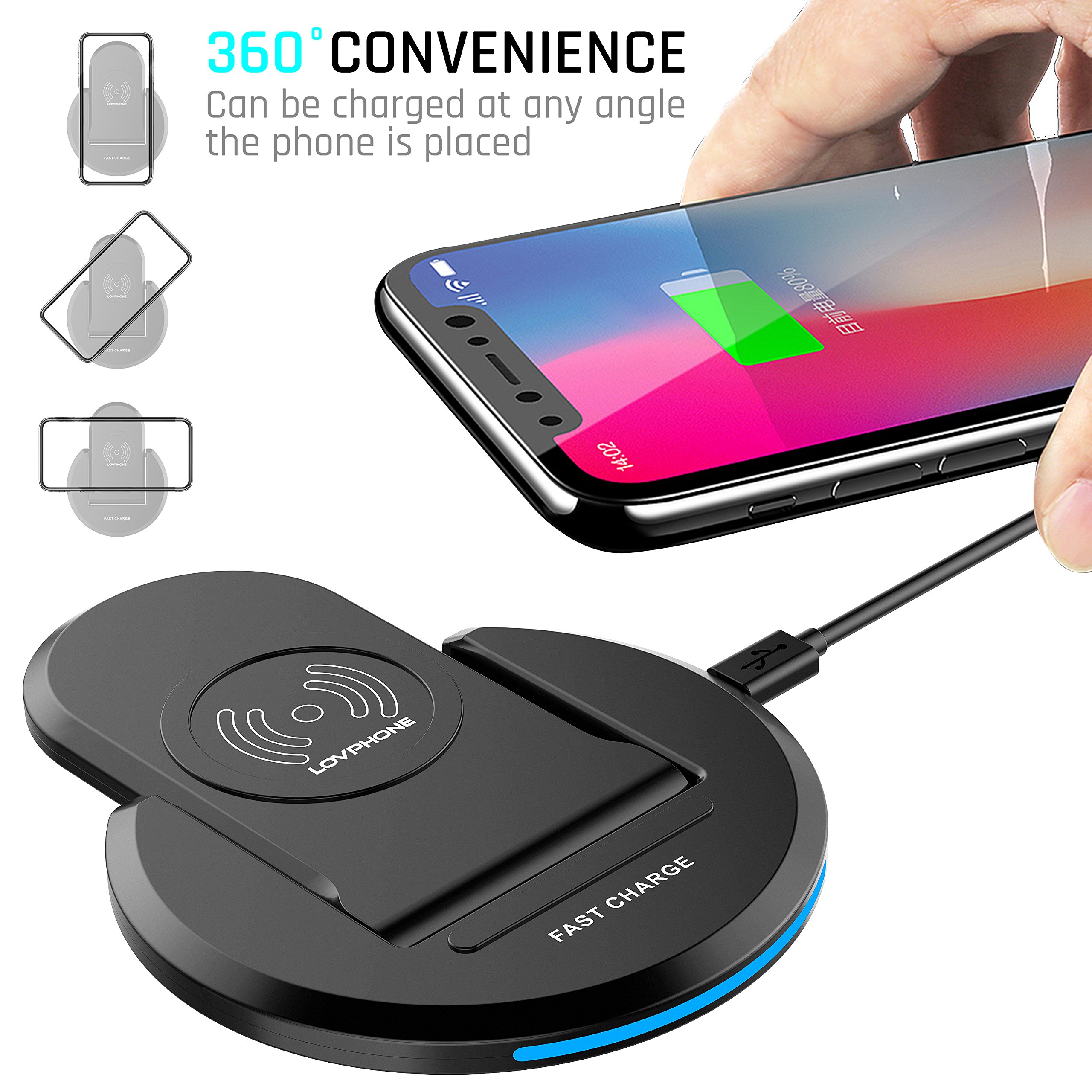 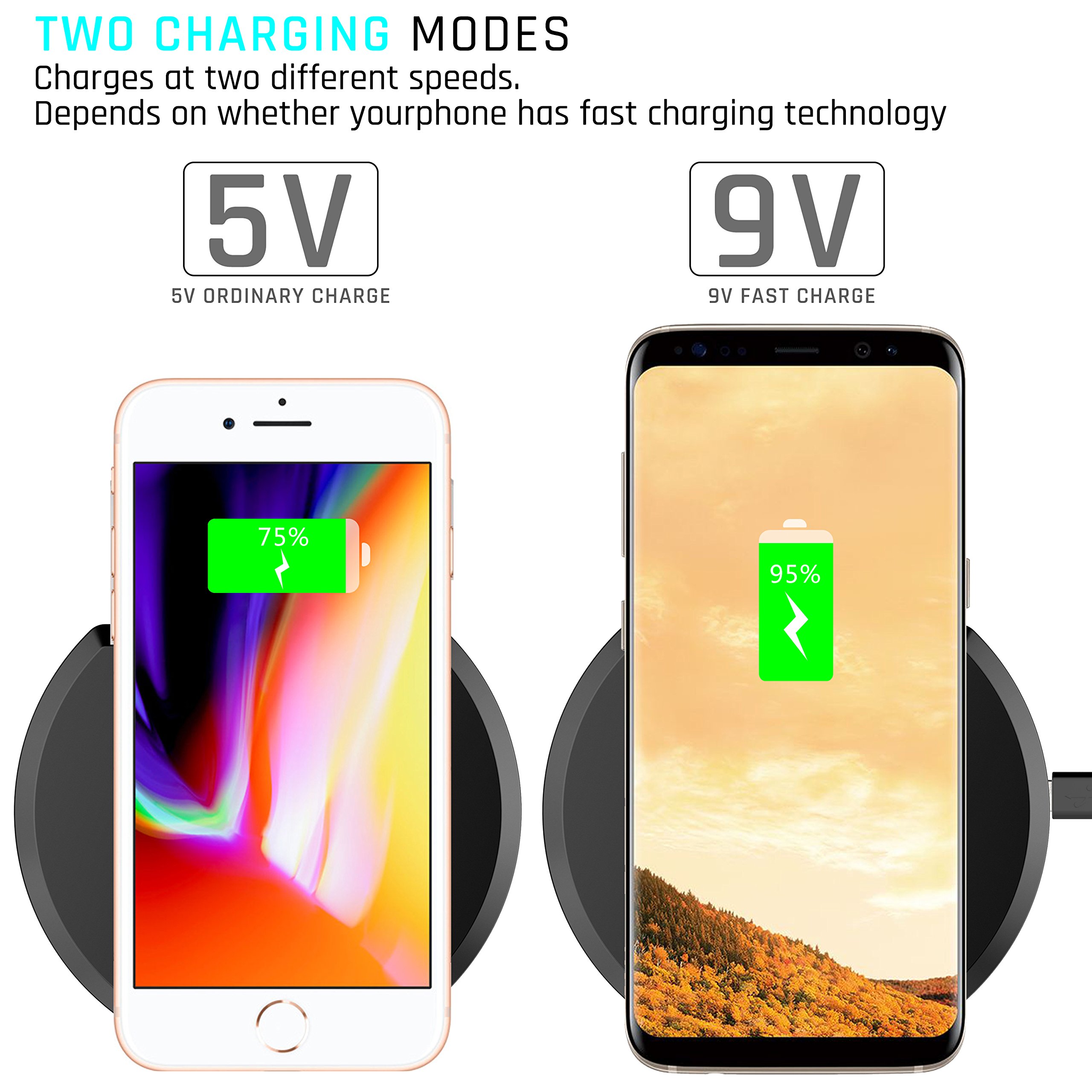 Avg. Rating
4.20 / 5   (5 Reviews)
My husband  asked me to keep an eye out for a QI charger that stands up, one where he can place his phone on it so that it is propped up where he can easily see it instead of being laid flat. I saw this charger and thought we would try it out.    You get the charger and a USB cable in this package. The charger itself has a circular base with a center portion that can be raised up to the angle you want. You can keep it laid flat if you prefer, allowing you to use the traditional QI charger. But we got it for the raising aspect, allowing him to choose the angle he wants for charging his phone.   I tested it out immediately upon receipt and was impressed to find it connected with my case on my phone. I have a thick portfolio case on my phone and most charges will not keep a consistent connection with it when I place it on them, but this picked up my phone and started charging it upon contact. I was pleased to see that, knowing his case is much slimmer than mine and he has no problems with connecting to devices like this, so he would be happy.   The base has a strip of lights around the front of it that are blue when you first set your device on it. It will turn red when your device is fully charged. At first we were concerned at the light and how bright it was. Would it keep us awake at night since that is when my husband charges his phone next to his side of the bed? And yes, it is definitely a bright light, but it did shut off after a few minutes. It is just blue at first for a few minutes indicating it needs charging, then turns off until the device is charged, then turns red for a few minutes to let you know it is done. The colors confused me since red has always indicated that it is charging and blue has indicated it is finished, but these are reversed. My husband DID end up putting a few pieces of duct tape over the lights to block the brightness since it was SO bright. It is a huge inconvenience to have to make changes to the design because it is bothersome.   And it definitely is not a fast charge item, despite what the listing on Amazon says. It comes with a normal cable, which does not allow for fast charge capabilities. I don't know if you bought a quick charge cable to plug it in with if that would make any difference, because we never got to that point to test it. But since my husband only uses a QI charger at night while he is sleeping, we weren't worried. As long as his phone is fully charged by morning, we were fine with a slower charge.   It worked great the first two nights he used it. The third night it proved problematic. It kept turning his phone on. He keeps it in power saving mode and night mode during the night, allowing him to still receive calls, but not being woken up by notifications or alerts. But on the third night the phone kept turning back on in full featured mode and blinded us. It woke me up every time it would turn back on and flashed the screen. Both of us are very sensitive to any additional lights, and the light was enough to wake me each time, even on his side of the bed. The fourth night we didn't even get to go to sleep before it began turning back on over and over again. He would reach over, grab his phone, change the settings once again and put it back on the charger, and it would immediately turn it back on and flash the screen in full brightness. We finally gave up on using it and he plugged in his old flat QI charger and has been using that again with no problems.   If you want to use this for a normal charger during the day, it would work perfectly. I can see putting it on my desk or on his desk, then setting my phone on it during the day while I work, just to keep the charge up, but for night use in the bedroom where you are sleeping, it is not good.   I do not see us using this for nights at all, which was the primary reason we got it. It would definitely not work for us if we traveled because we'd have to turn the phone off entirely or put a thick blanket over the whole thing. We don't want a device we have to make modifications to. We want something that works as intended directly out of the box. I would not buy this again.   #RankBoosterReview #sponsored #LovPhone #QICharger #QIcharging #qichargingstand #uprightphonestand #phonestand #cellphonestand #cellphonecharger #phonecharger #quickcharge #quickcharger
Get yours here: https://amzn.to/2GVcLWV 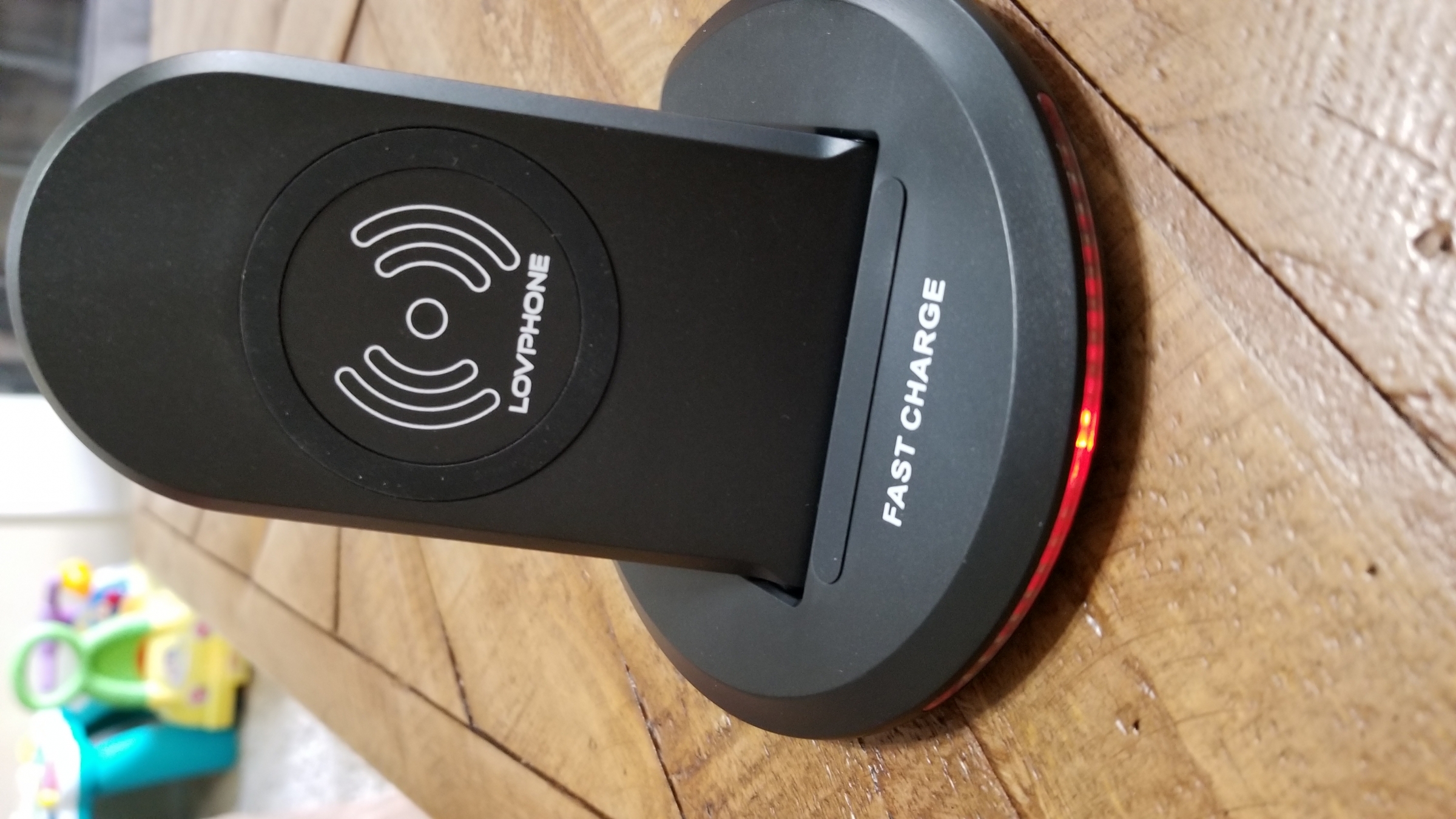 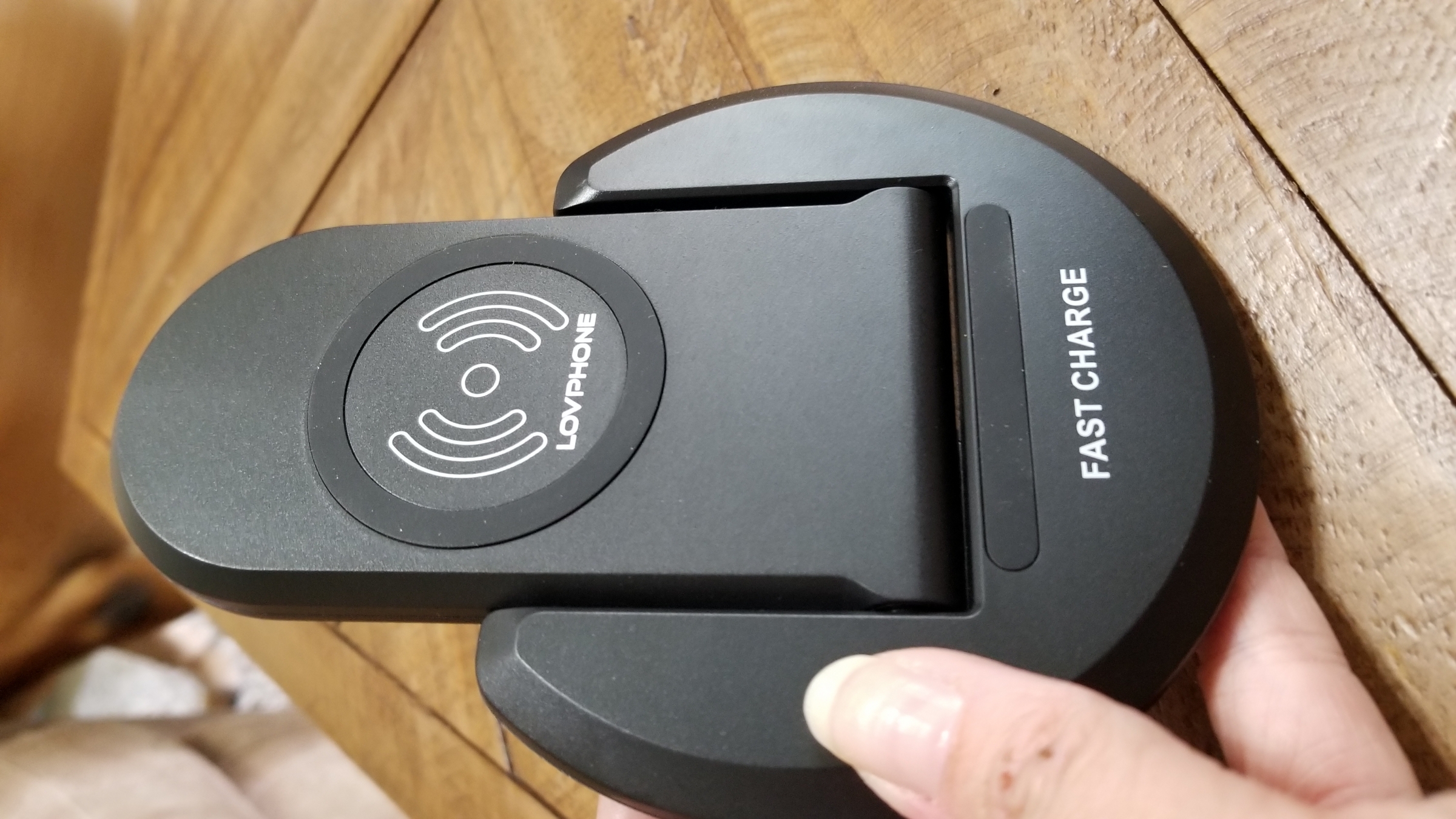 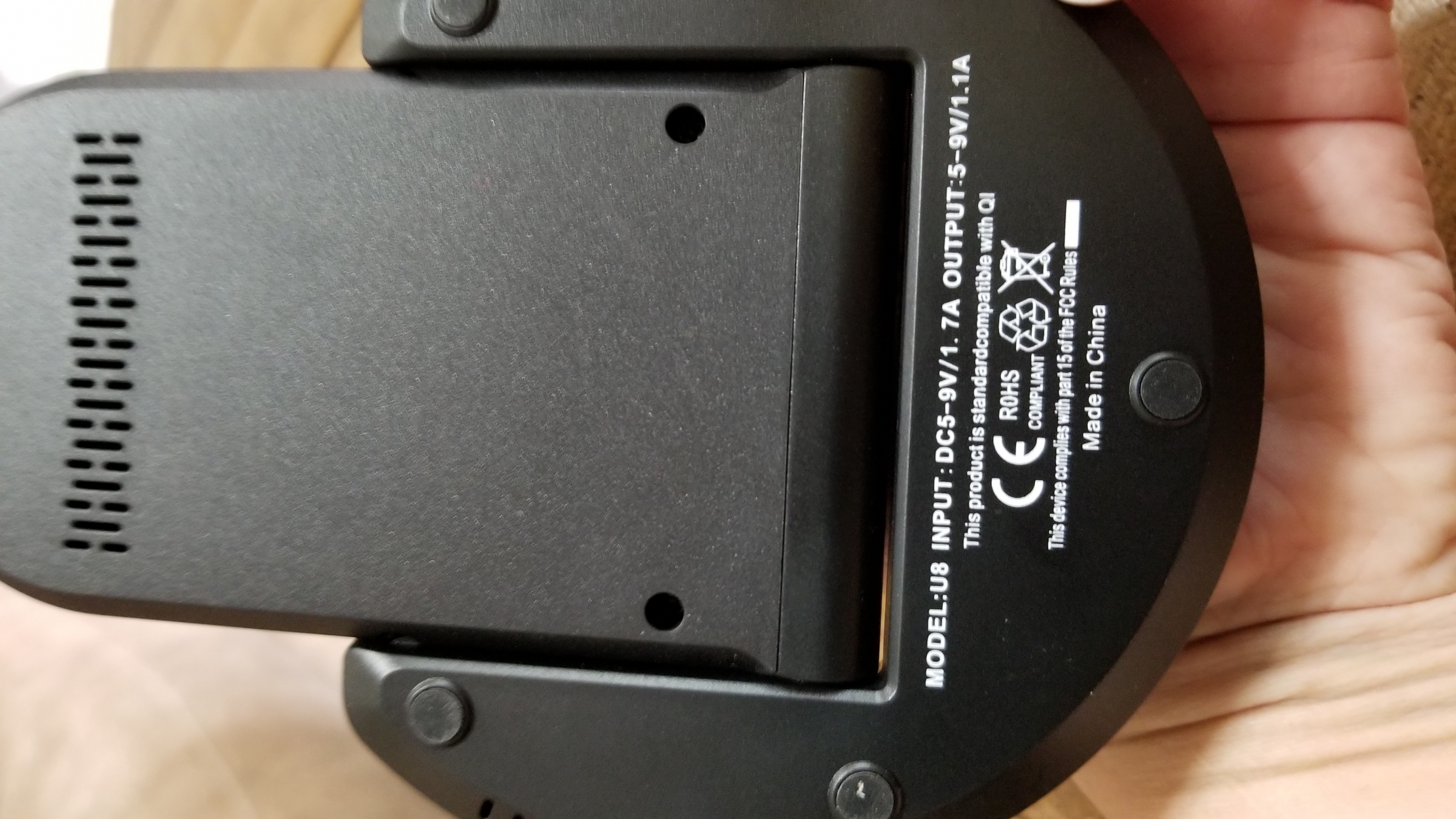 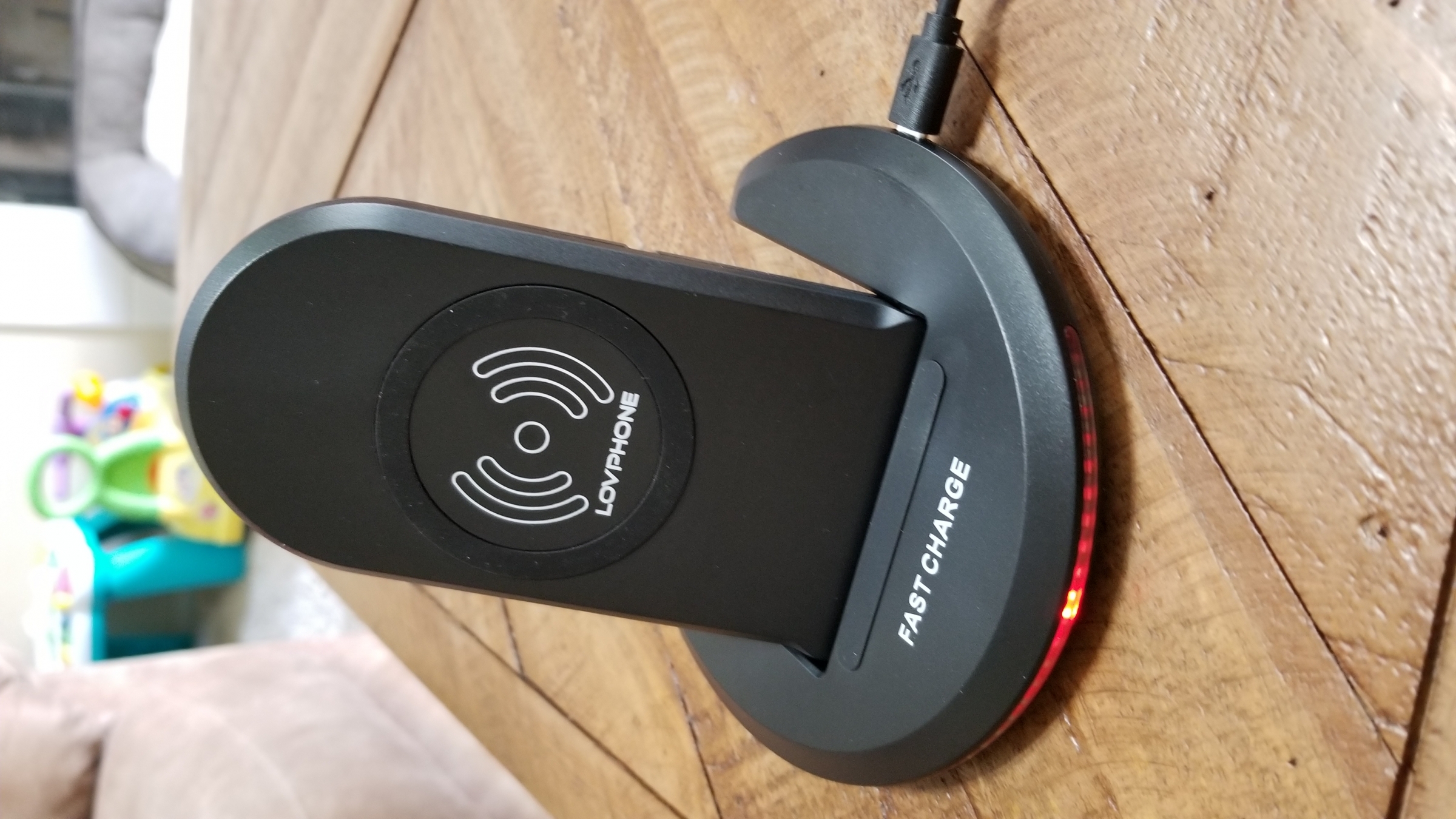