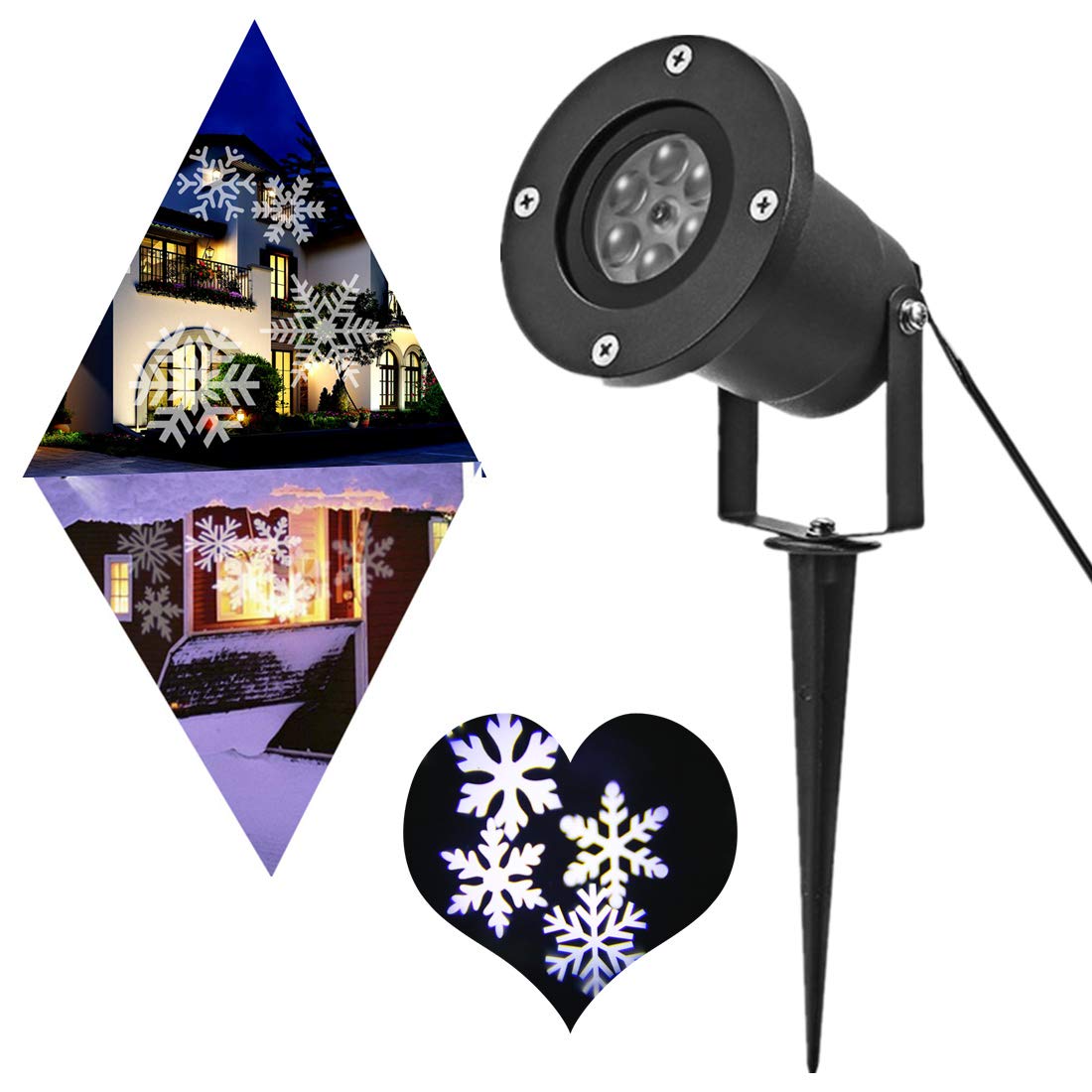 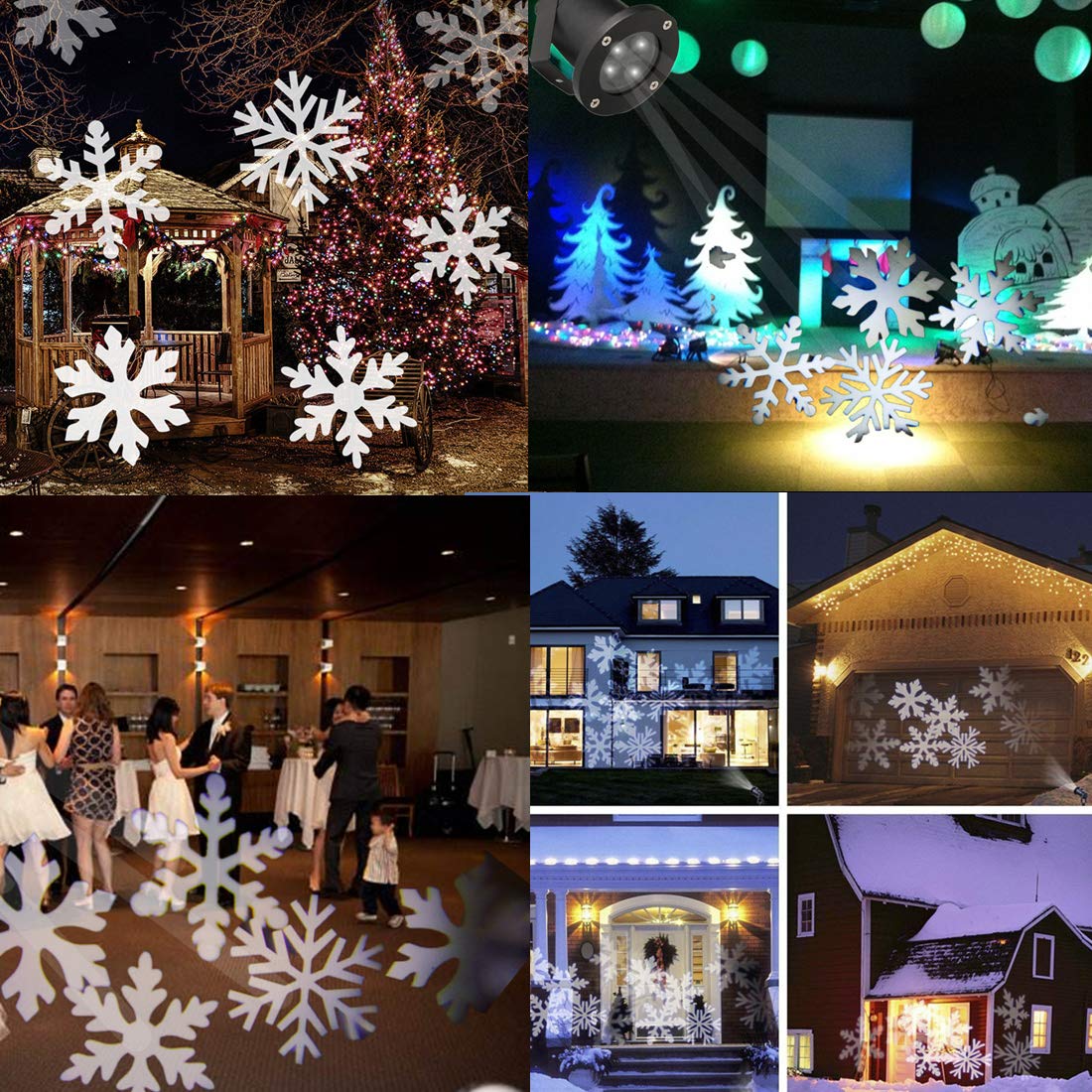 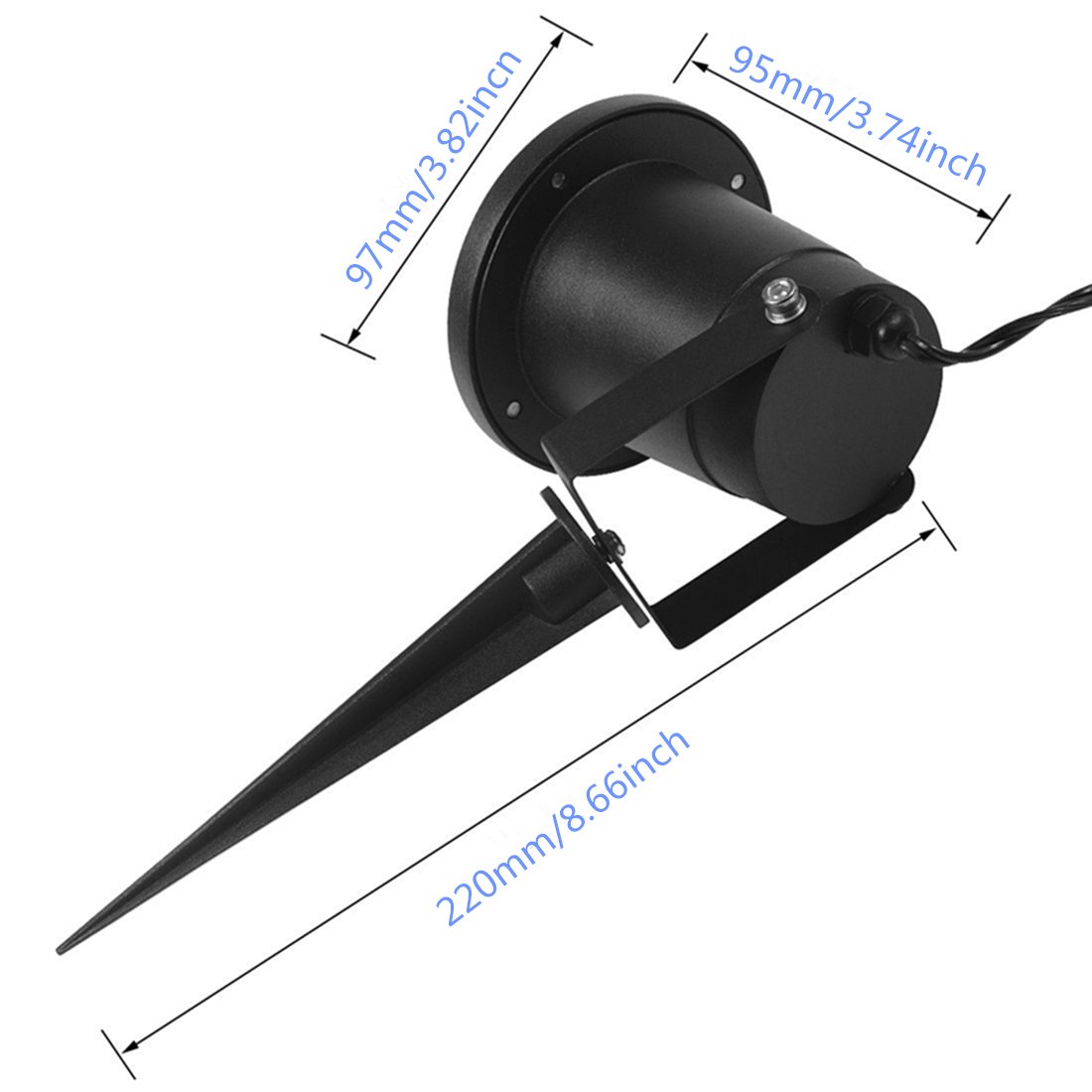 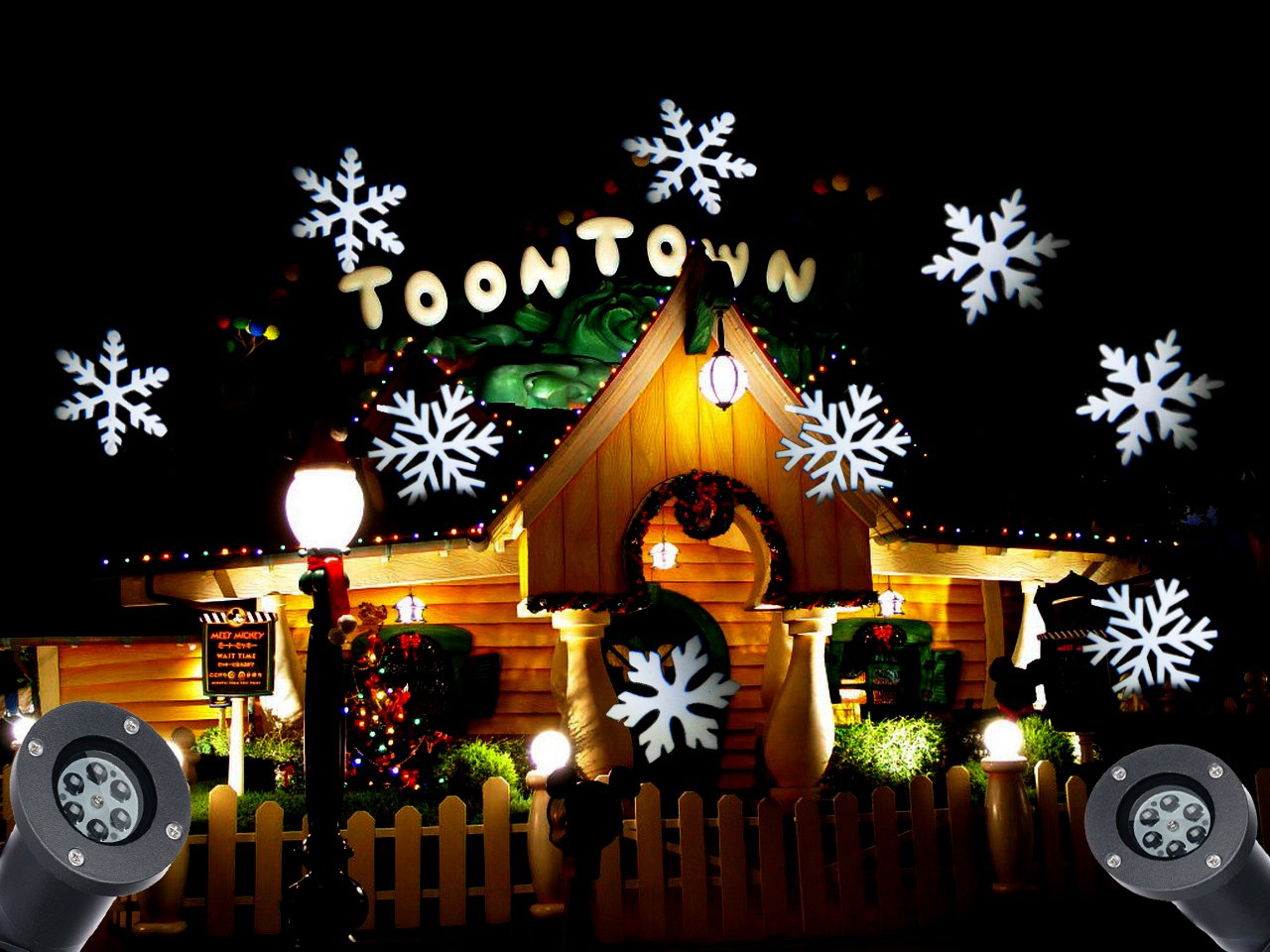 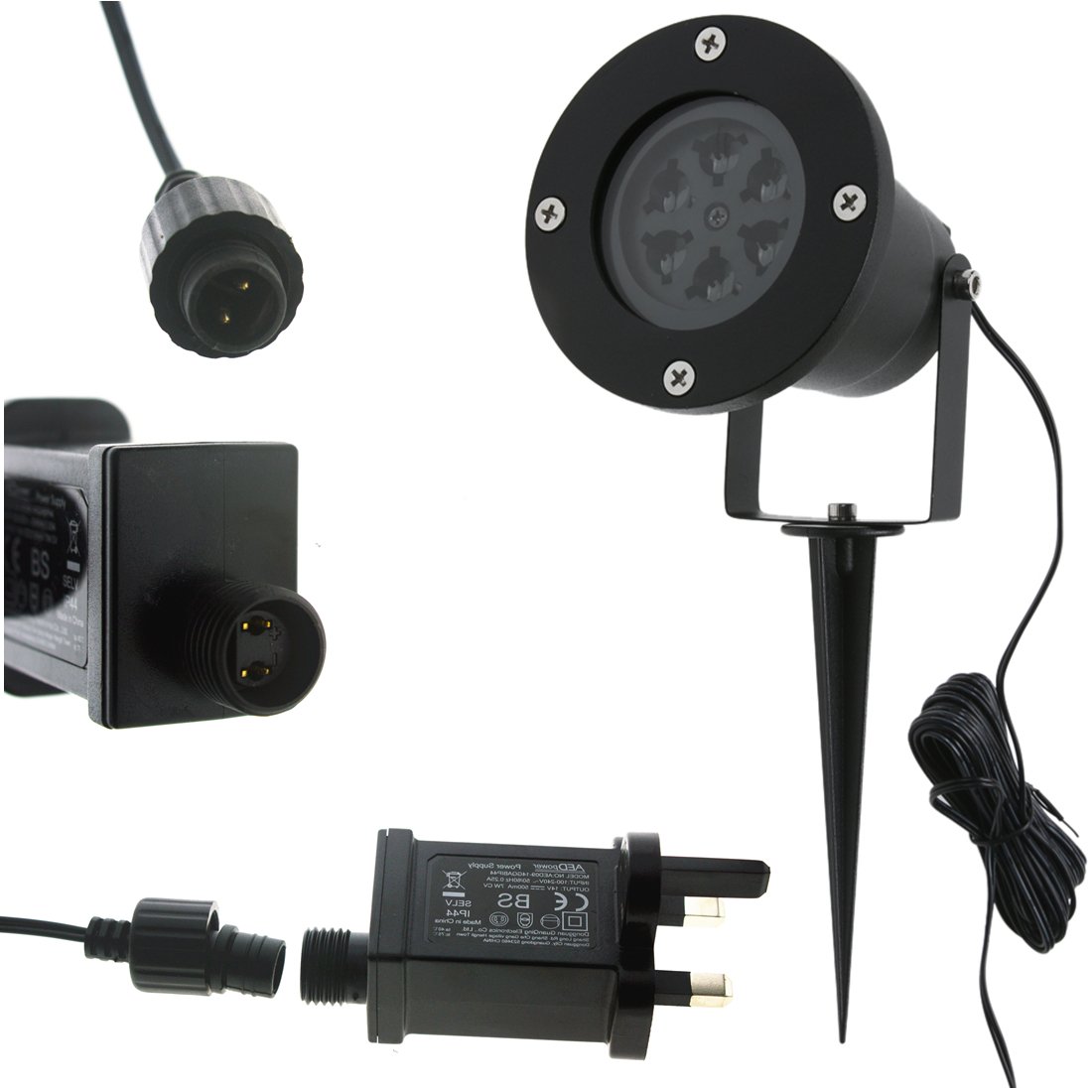 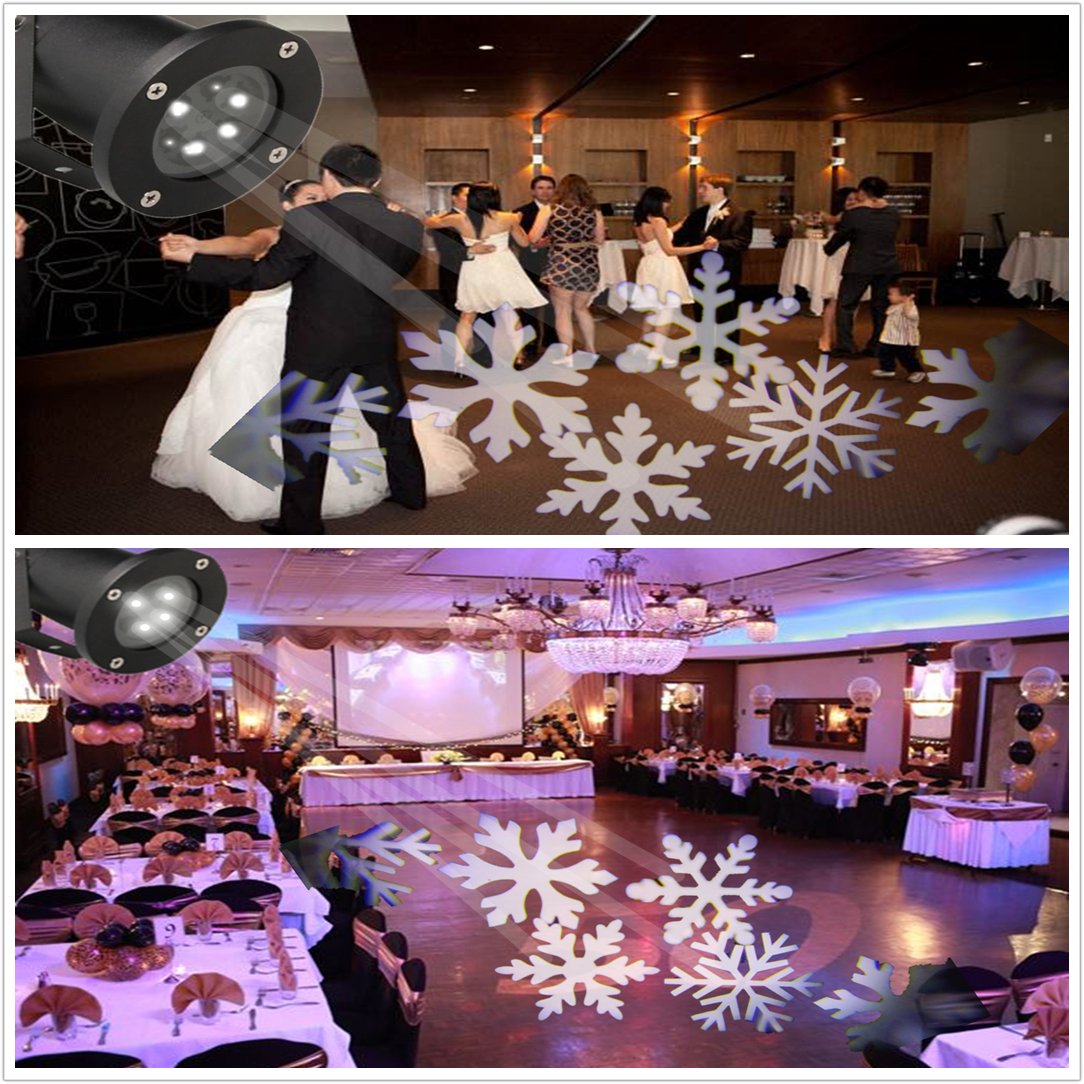 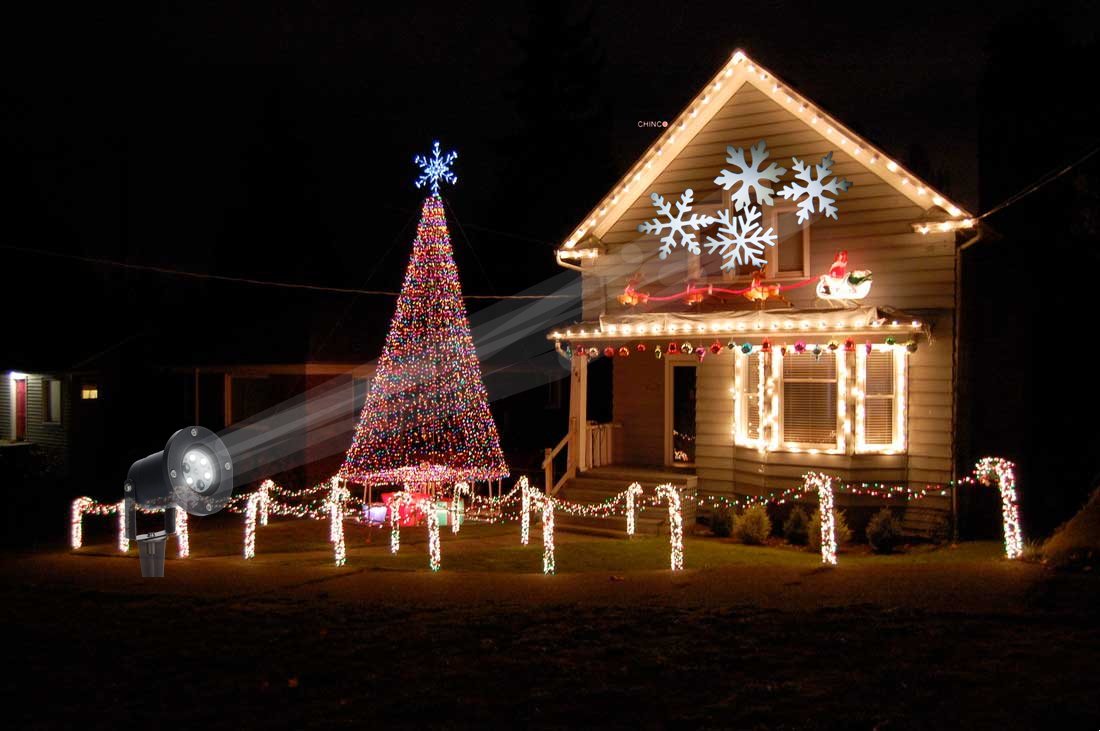 I bought this Christmas Light Projector for Outdoors at christmas but being me I couldnt wait so as soon as it arrived which it did really quickly i had this out of the box and had a look at it , it is really good quality and made of aliminuim  , with a plastic stake for the ground.
I really wanted to test this out so I put it on straight away and i had the snow flakes projecting on to my walls and they were moving really nicely . This wasnt good enough i had to see them on my out door walls in the dark , so thats what i did , as soon as it was dark enough i set it up in the garden .
The light is really bright with 12w  and against my walls looks so good , I really want december to hurry up now as im feeling really xmassy , even my humbug husband is feeling a little bit festive now. this is also water proof which is a good job i live near the coast so get a lot of sea mist and the weather changes frequently with out warning.
ive filmed it so you can see exactly what i mean , its really nice . you can enlarge or make smaller the snow flakes just by moving the light closer or futher away. this was super easy to install , i literally plugged it in after connecting to the little adaper supplied and using it outside i screwed in the stake , put it in the ground . There are 5 rotating snowflakes that all move in different directions .
i was worried about this shining through my windows as i have young kids but it really isnt noticeable from the inside when this is on , on the outside .

in the box is a projection unit , adapter plug , ground stake , bracket with fixing set and the instructions. 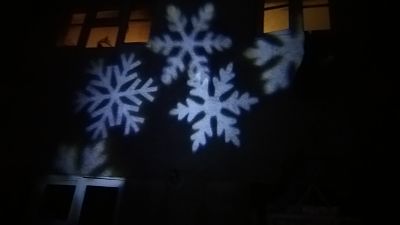 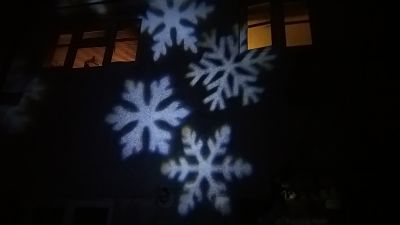 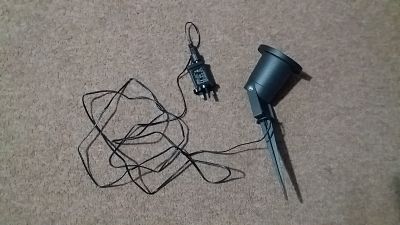