Fun to play with and chase my cats around, but the remote was awkwardly shaped 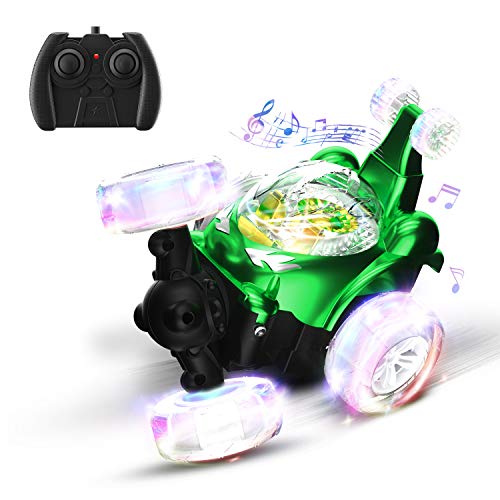 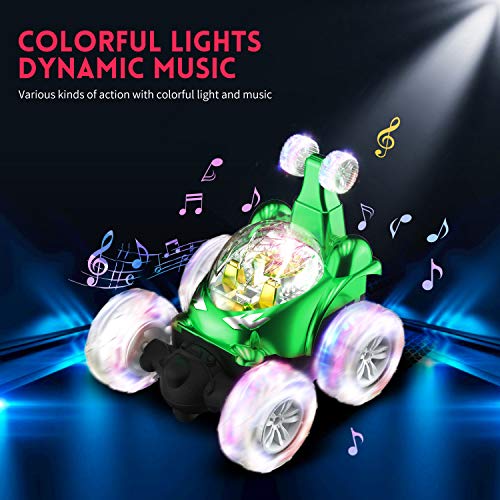 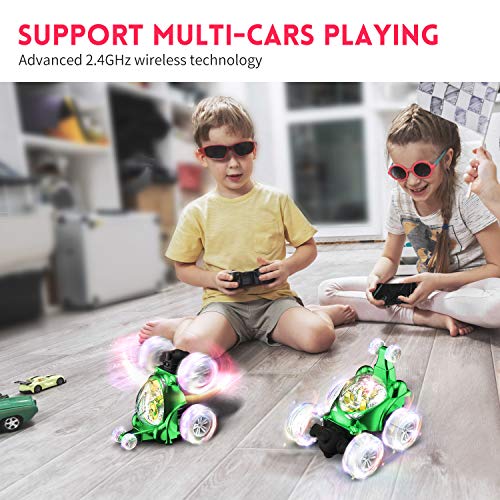 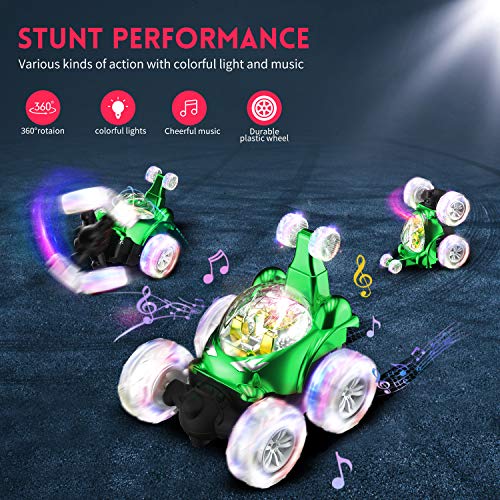 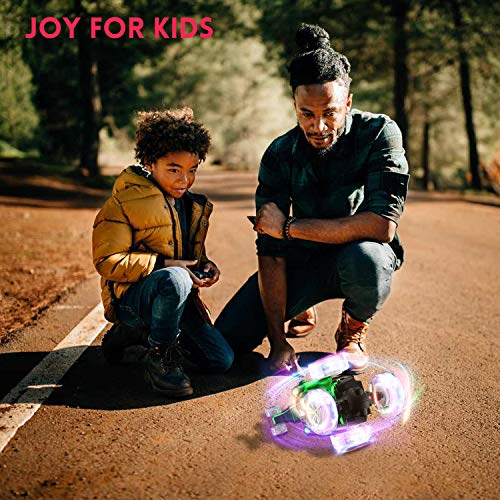 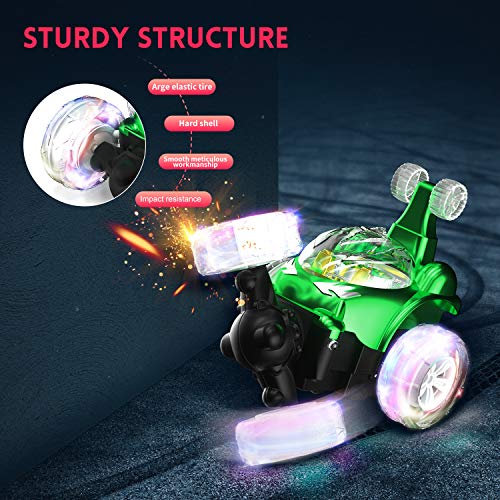 I bought two of these cars in the same week: one to play with and chase my cats around the house, and the other to gift to a needy child.

I much prefer the other one over this one, even though they are both Uttora products.

THIS one has an awkward layout when it comes to the remote control. The buttons are like stems or knobs that are round, so you can't easily push them with just your thumb.  You sort of have to grab them and move them around using your whole hand or at least two fingers.   There was also no antenna on this remote.  At first I thought it was missing because the other car had one, but on this model it's not needed.  The plug hole for the antenna is filled in with plastic, so it's evidently not needed.  Car responded fine to the remote's commands.

The car has two on modes: lights or lights WITH sound. Since the sound is loud and not in English, I found it annoying and only used the lights option.

Instructions are a little hard to understand. They basically use pictures, and not much is actually written or told to you. I had to go back to the website where I bought the item to find out how long you had to charge it for (about 2 hours for 25-30 minutes of play time). On this model there is nothing that lights up to tell you it's plugged in correctly. Unlike the other model that uses a round plug in the car and usb at the other end, this one uses usb/mini-usb and the plug hole is in the back of the car not on the side.

The remote uses two AA batteries, and they're easy to install using the small screw driver that comes with the unit.

Car works great--runs great, spins all over the place. My cats aren't afraid of it, but I still have some more chasing to do! LOL