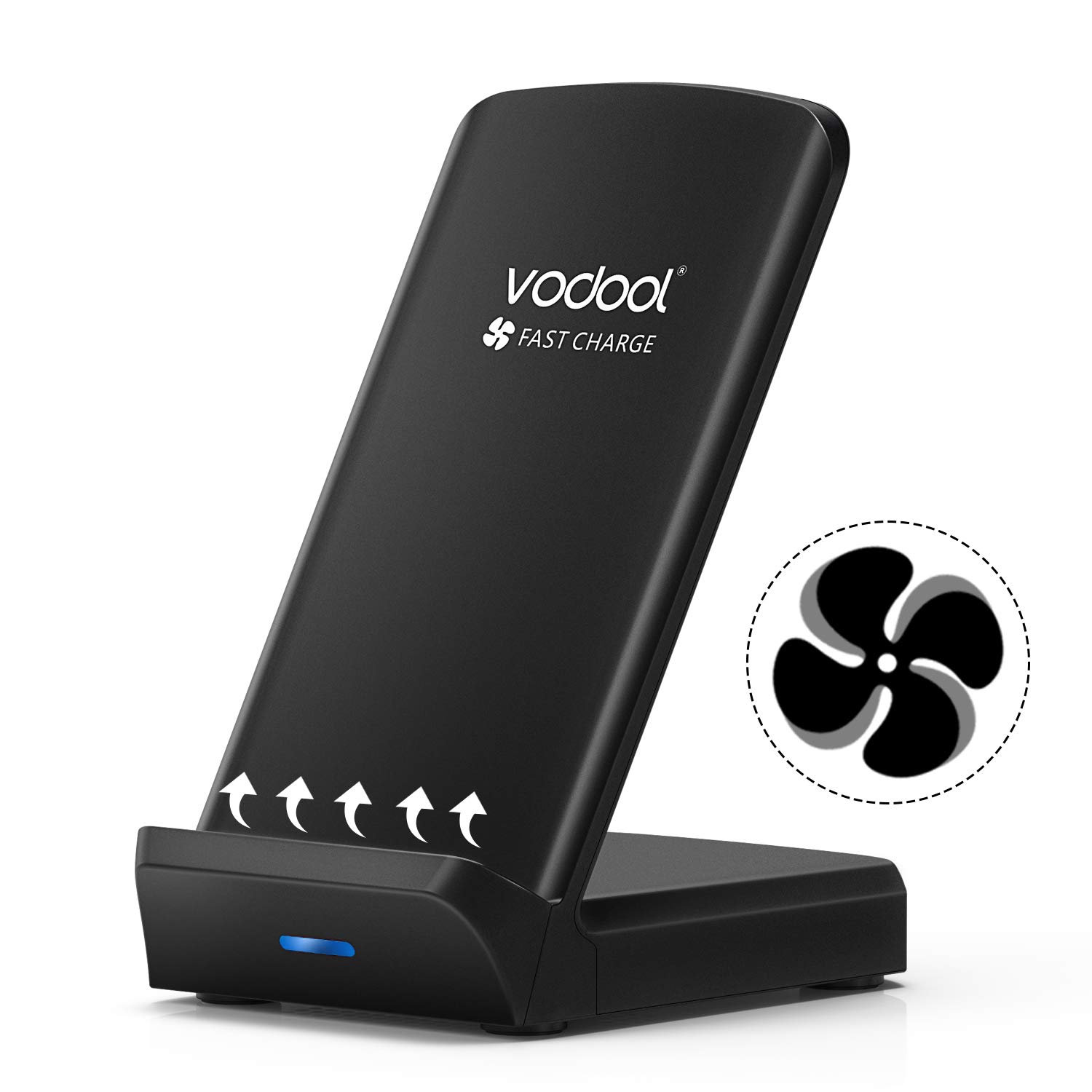 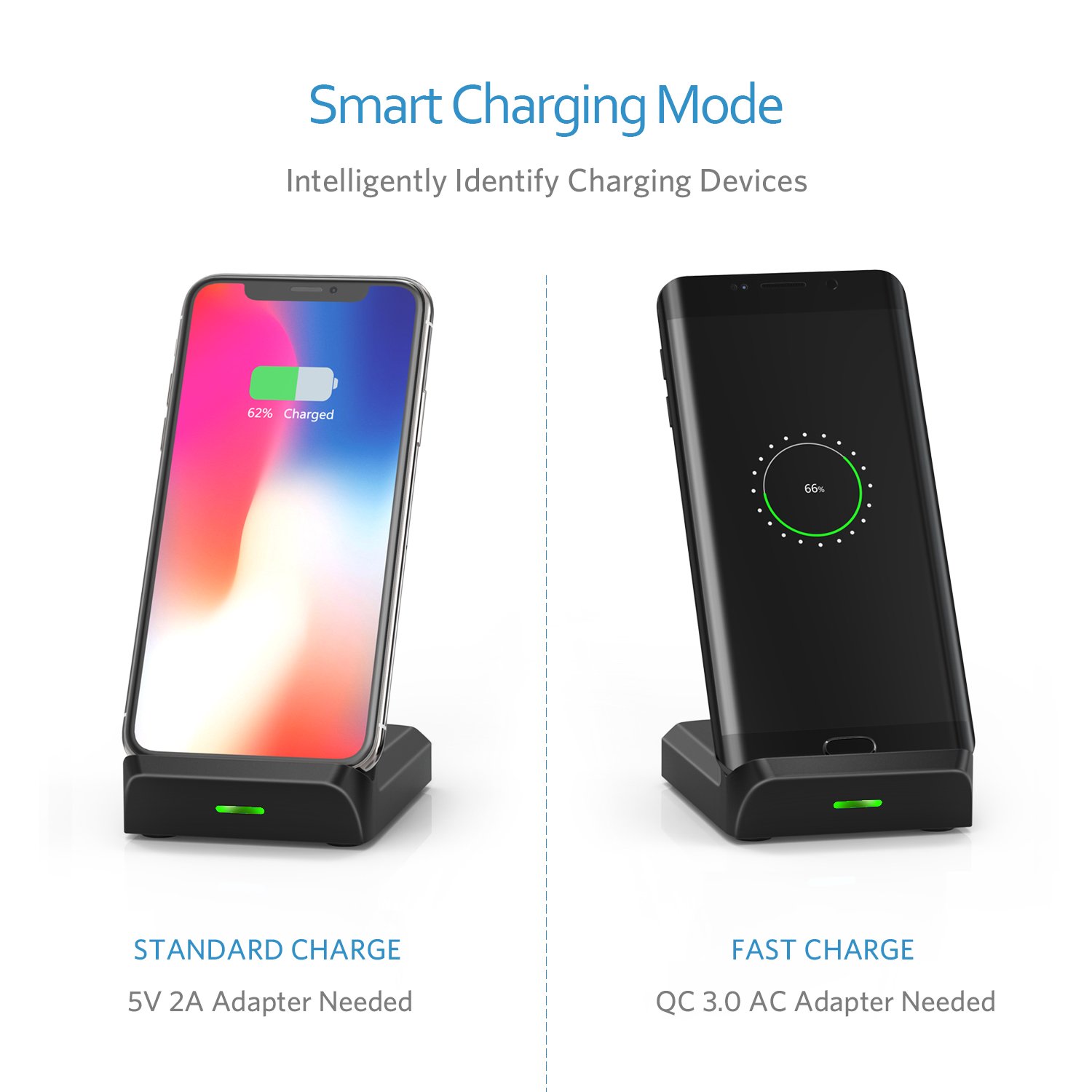 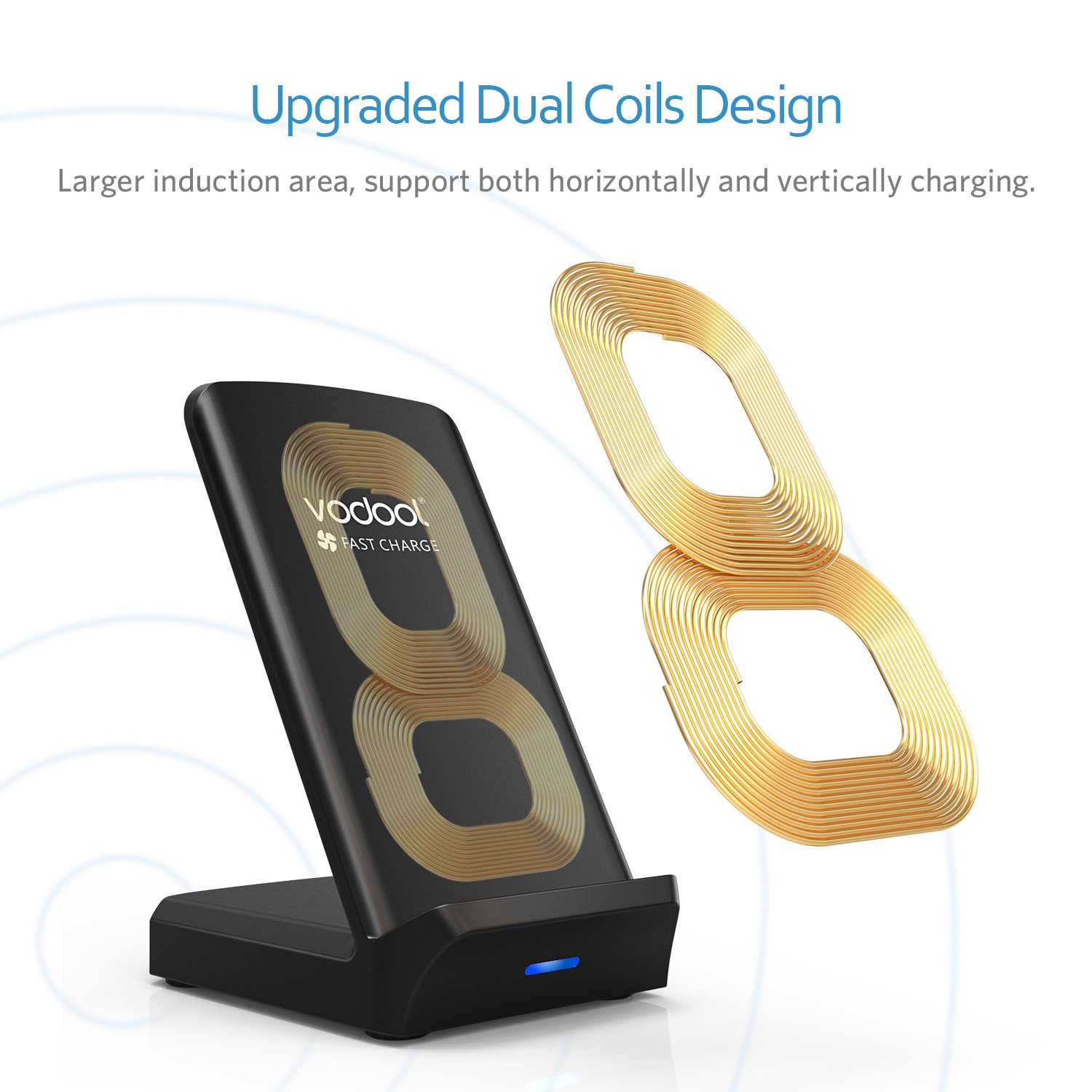 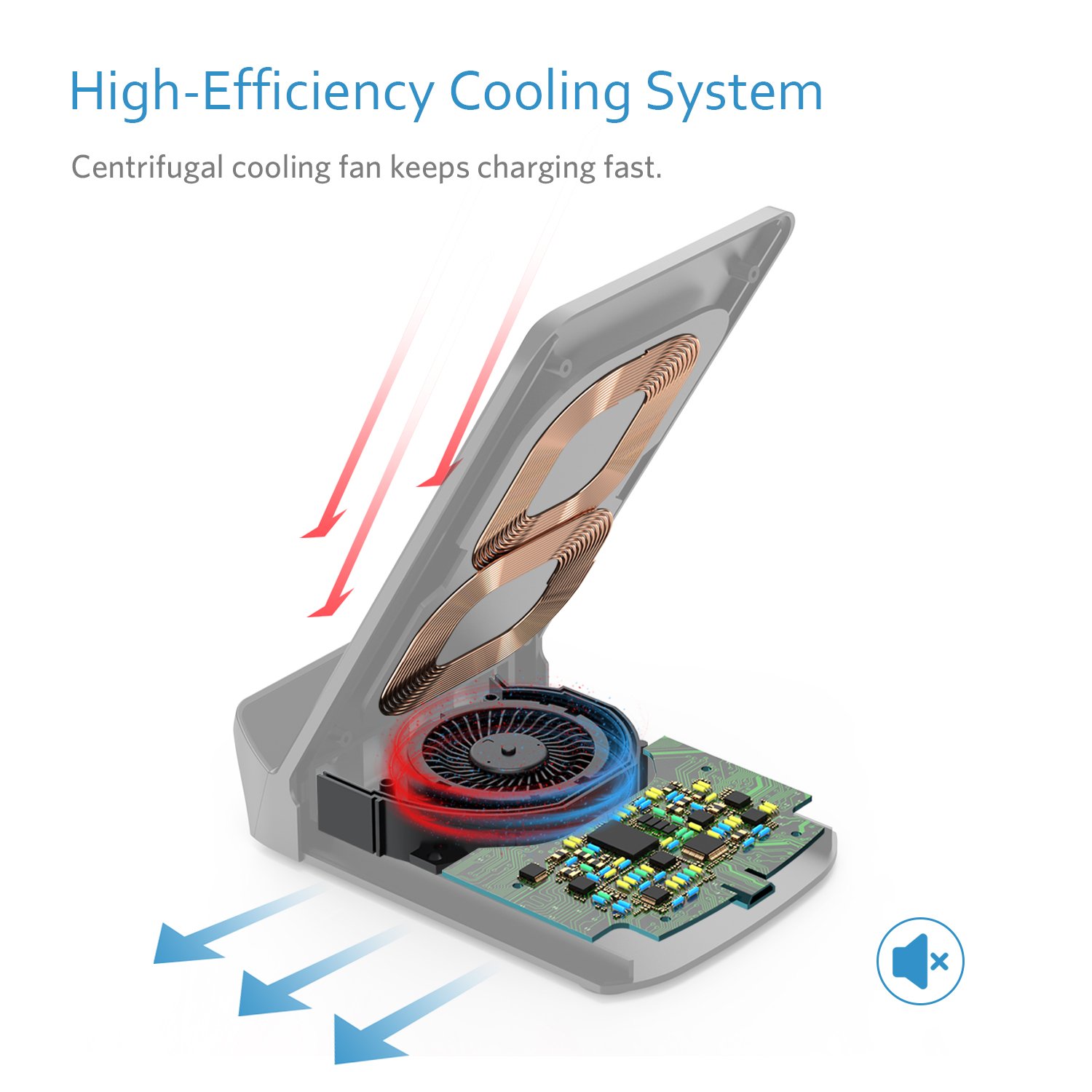 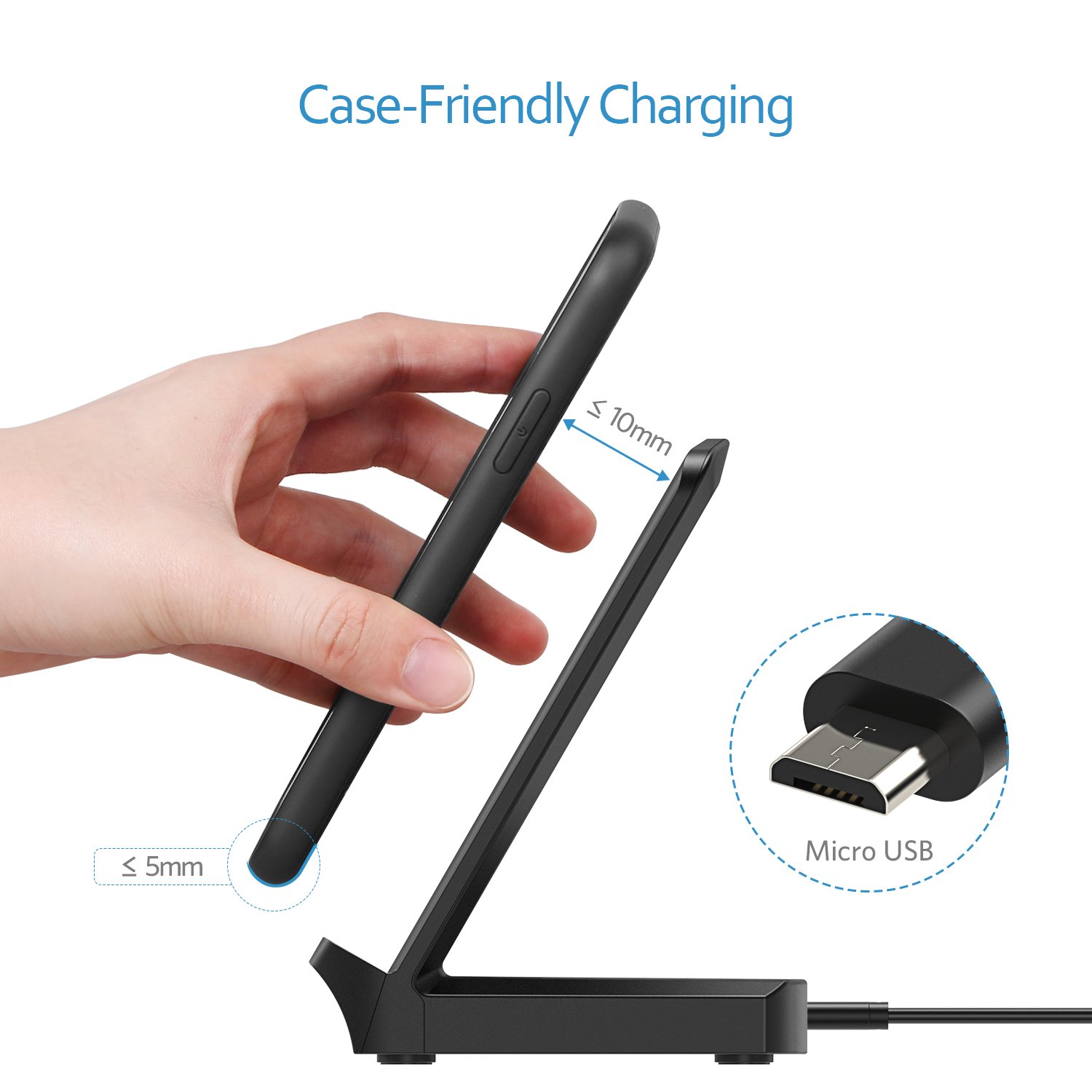 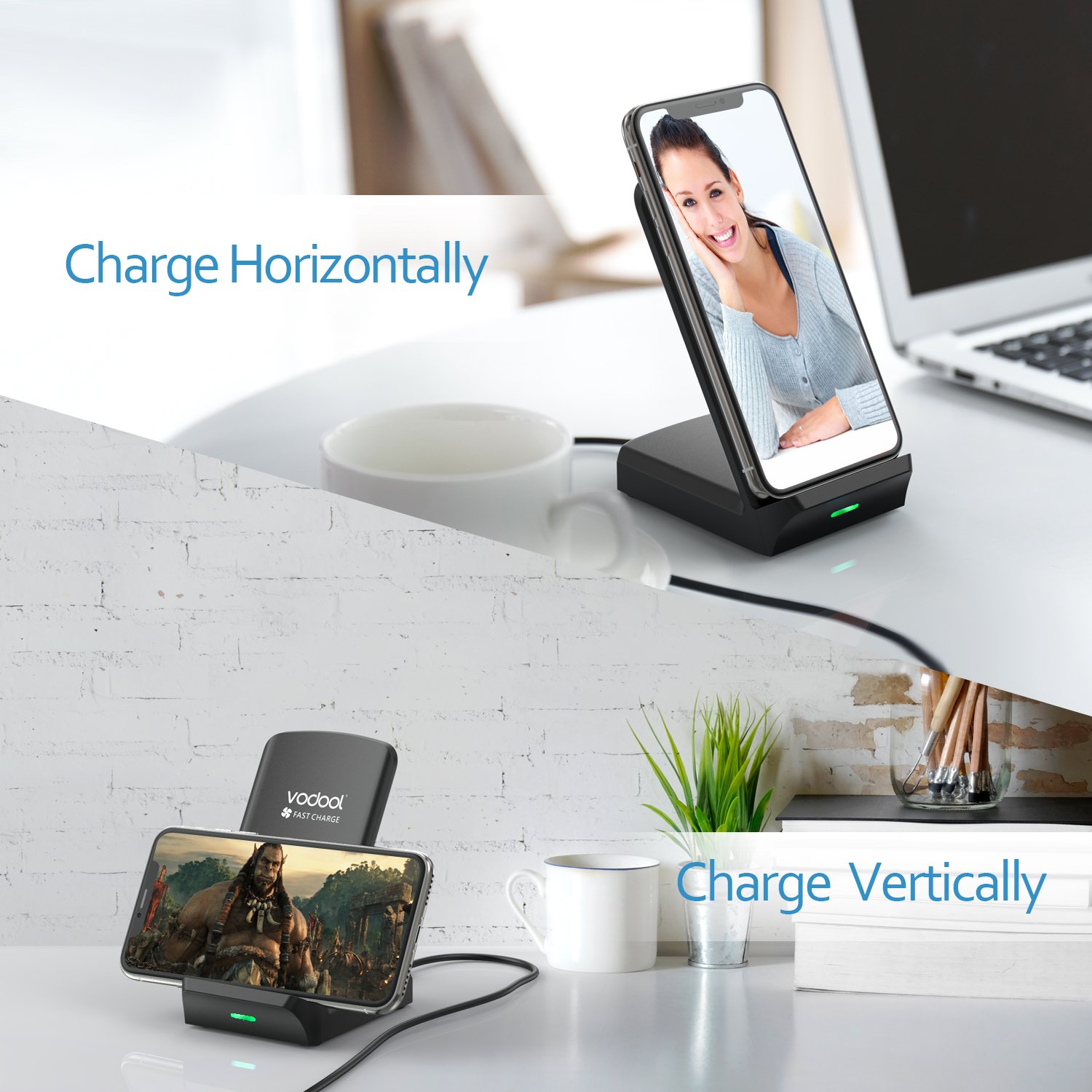 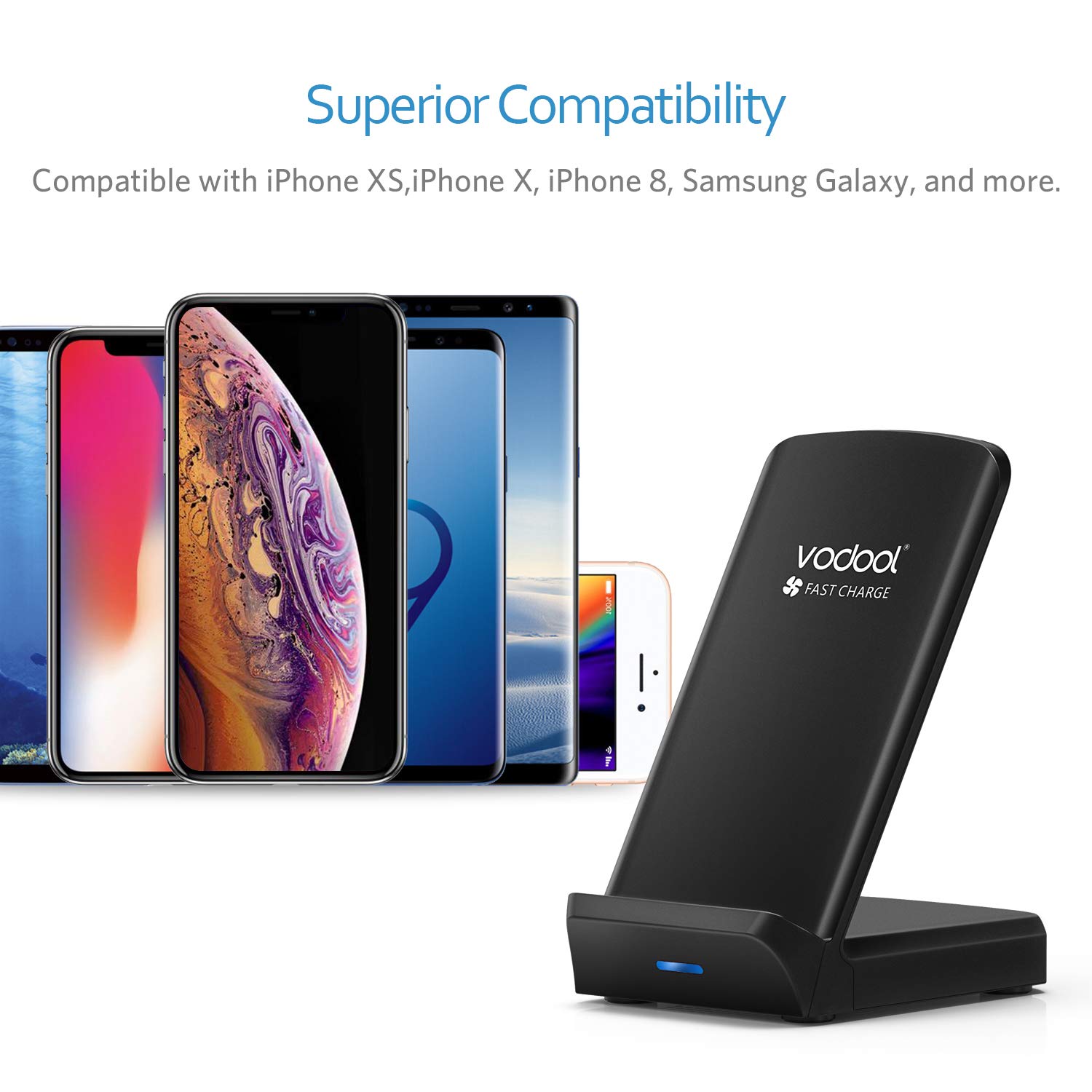 Avg. Rating
5.00 / 5   (3 Reviews)
My husband  asked me to keep an eye out for a QI charger that stands up, one where he can place his phone on it so that it is propped up where he can easily see it instead of being laid flat. I saw this charger and thought we would try it out. We tried a similar one that wasn't quick charge and did a decent job of charging it overnight, but it continuously turned his phone back on despite it being in airplane mode.

You get the charger and a USB cable in this package, plus a type C cable. The type C cable is what you use to power it, not the micro-usb. The charger itself has a square base with a back that is raised at an angle to hold your phone and a small shelf-like lip at the bottom to keep it from sliding out. It has a fan that blows up through it, helping to keep your phone cooled.

The base has lights on the front that are green when you first set your device on it. At first we were concerned at the light and how bright it was. Would it keep us awake at night since that is when my husband charges his phone next to his side of the bed? It is not super bright so shouldn't keep you awake at night, and so far it hasn't shut off, but I haven't seen what it looks like in the dark yet or after the phone is fully charged. And the fan is silent, so you don't hear it going and it won't keep you awake either.

If you want to use this for a normal charger during the day, it would work perfectly. I am not sure yet how well it would work at night, though, since we have yet to try that. We have it on his desk now and he sets his phone on it (with the case on) while he is using his computer. It keeps it charged and cool while he is watching his videos and playing games and is easily accessible if he needs it. 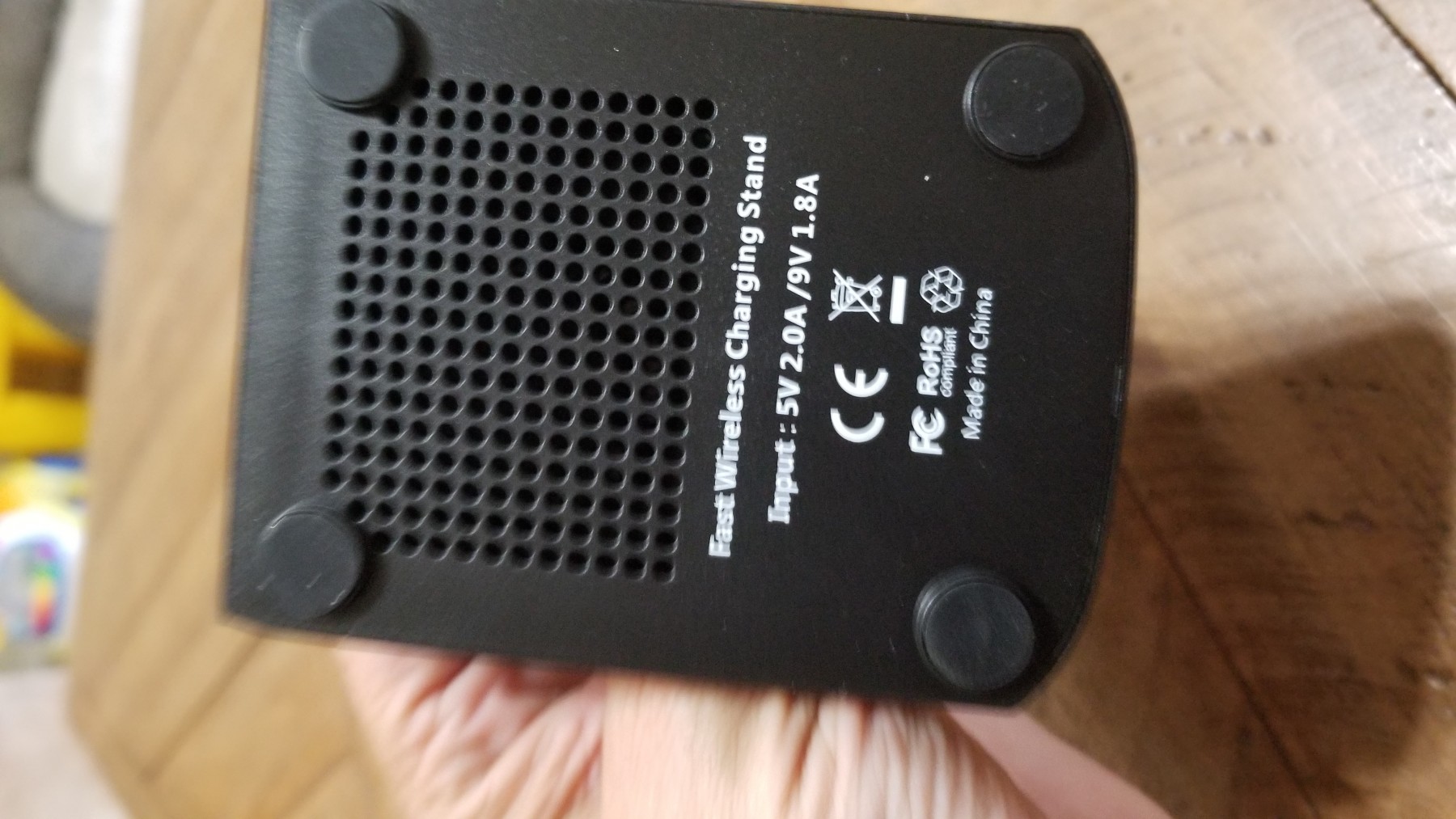 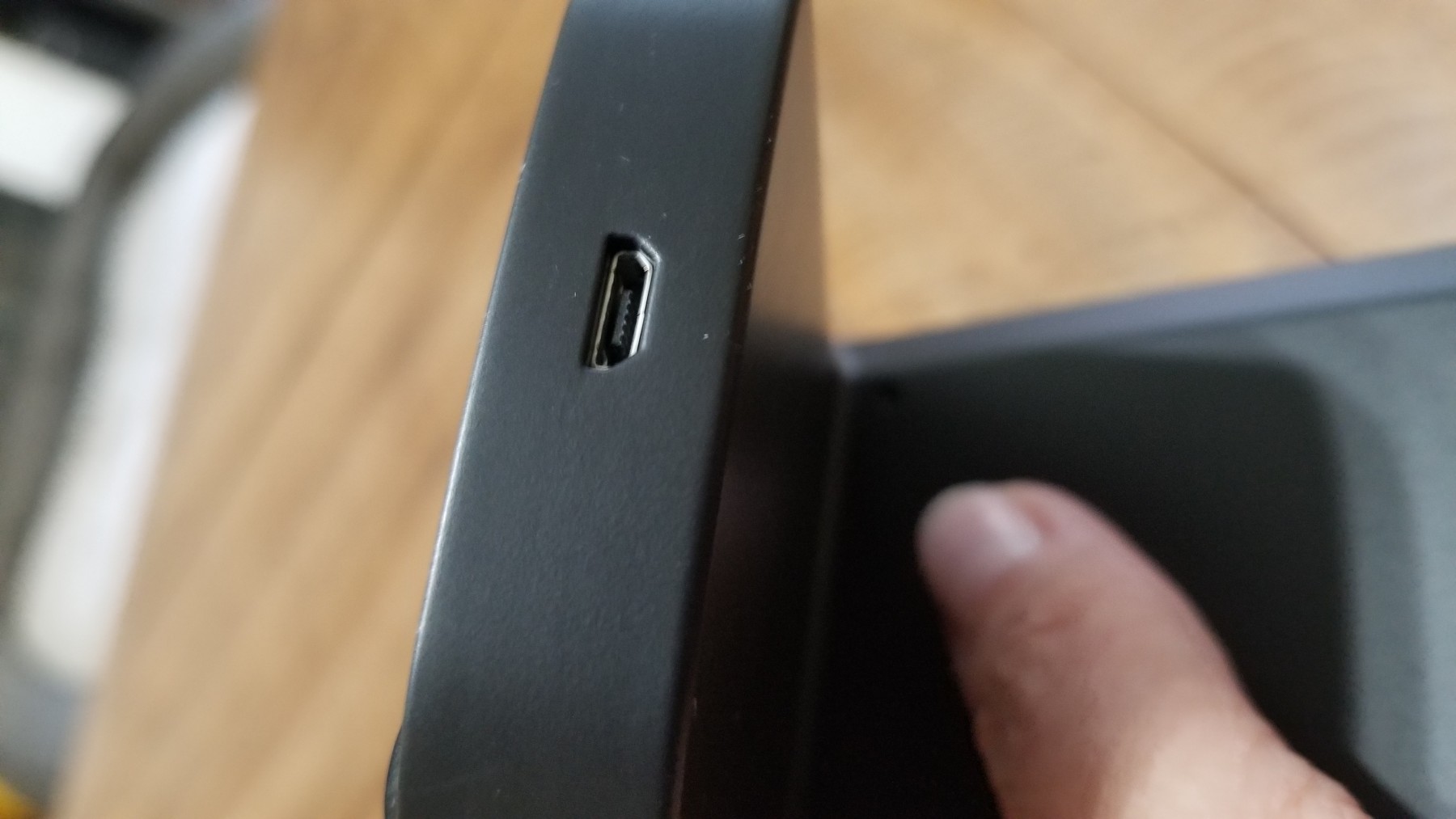 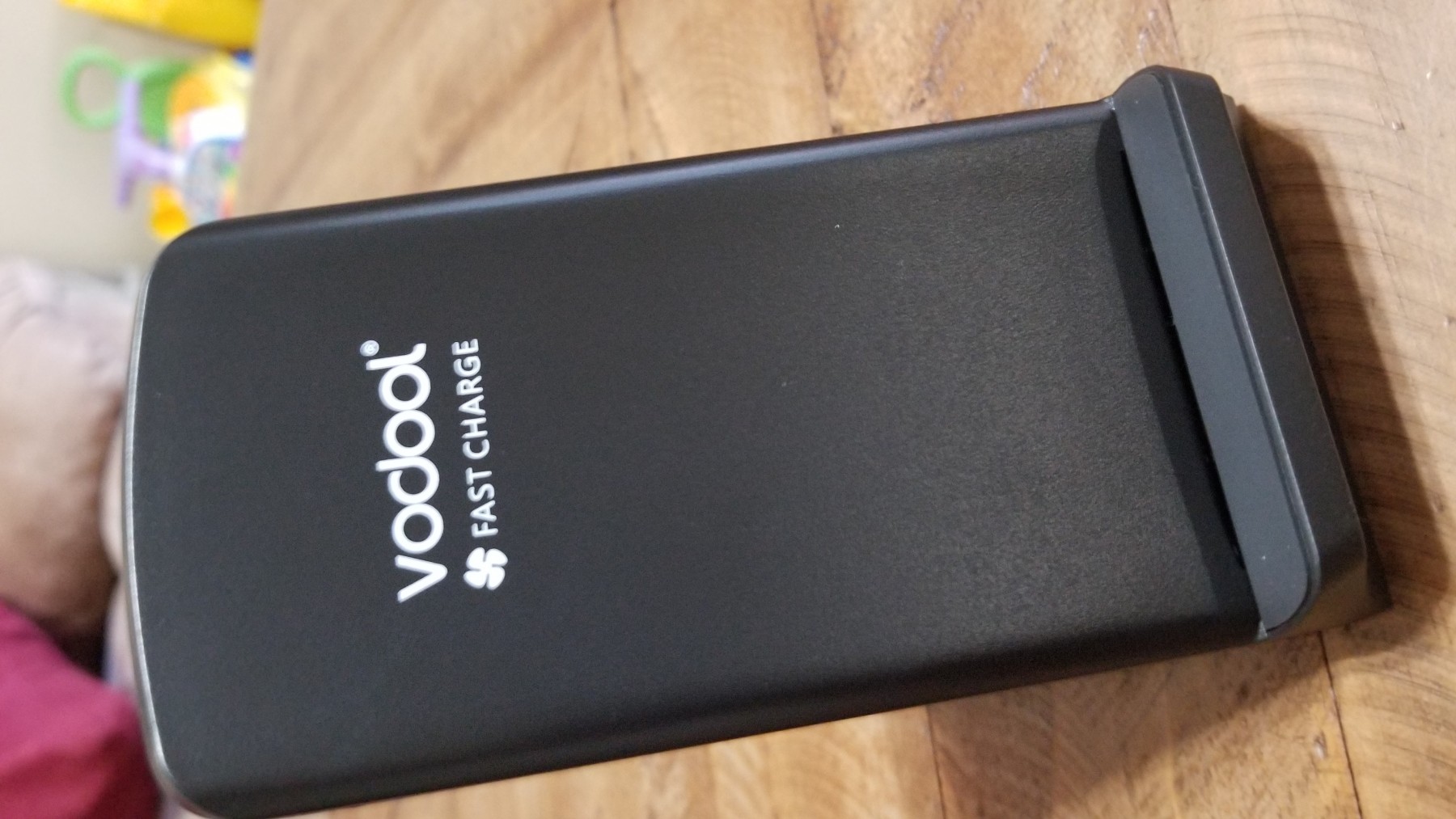 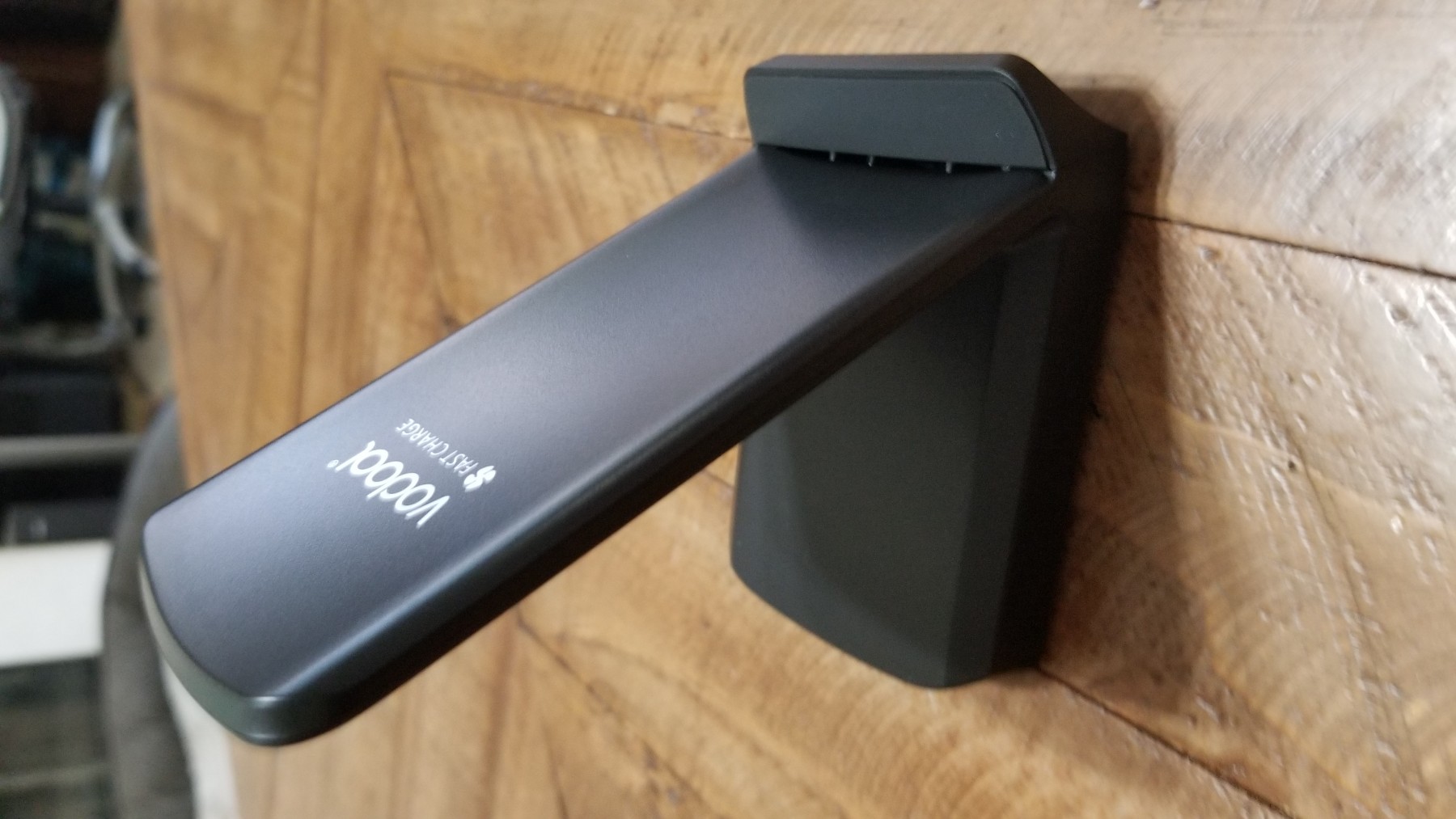 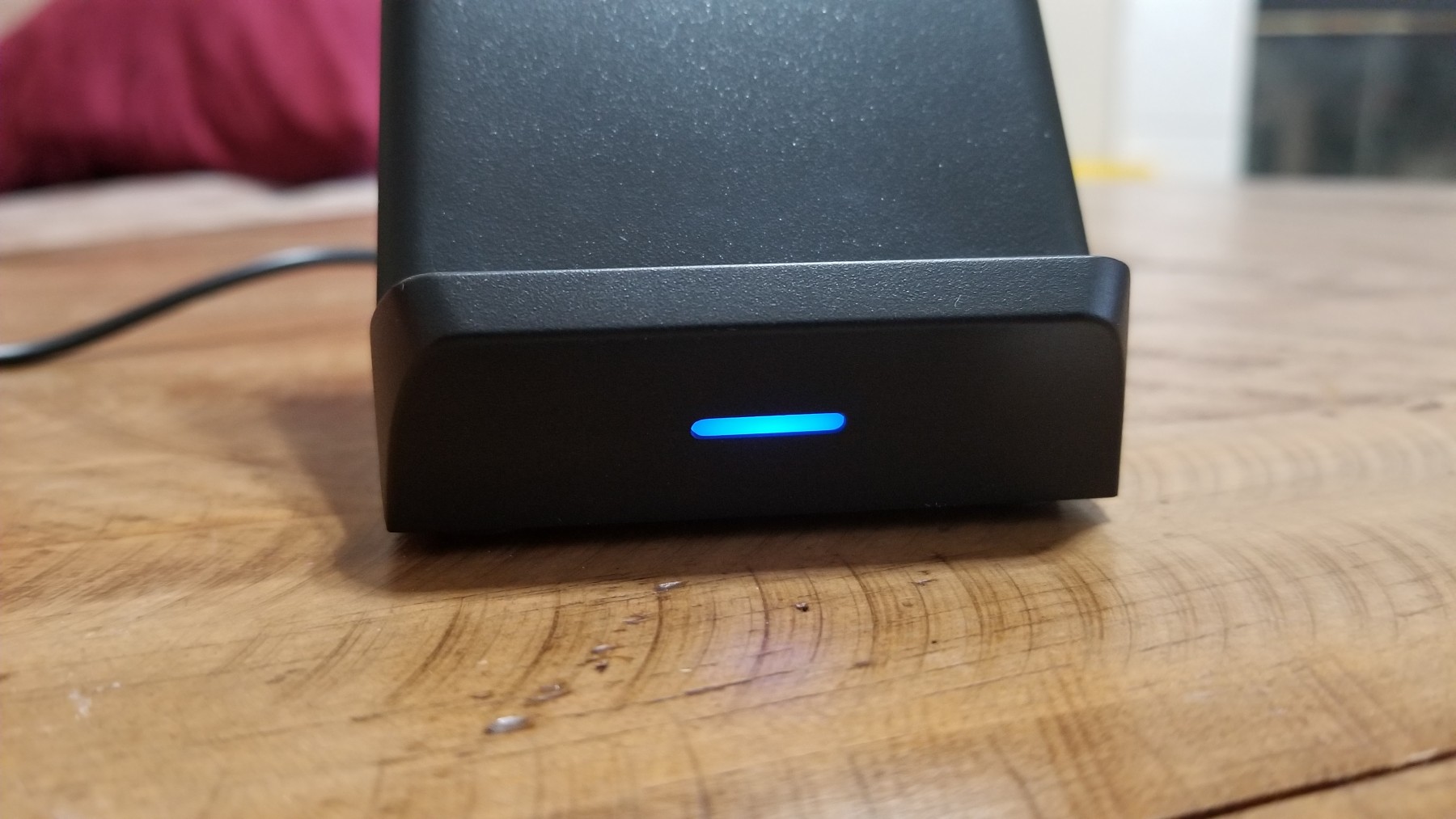