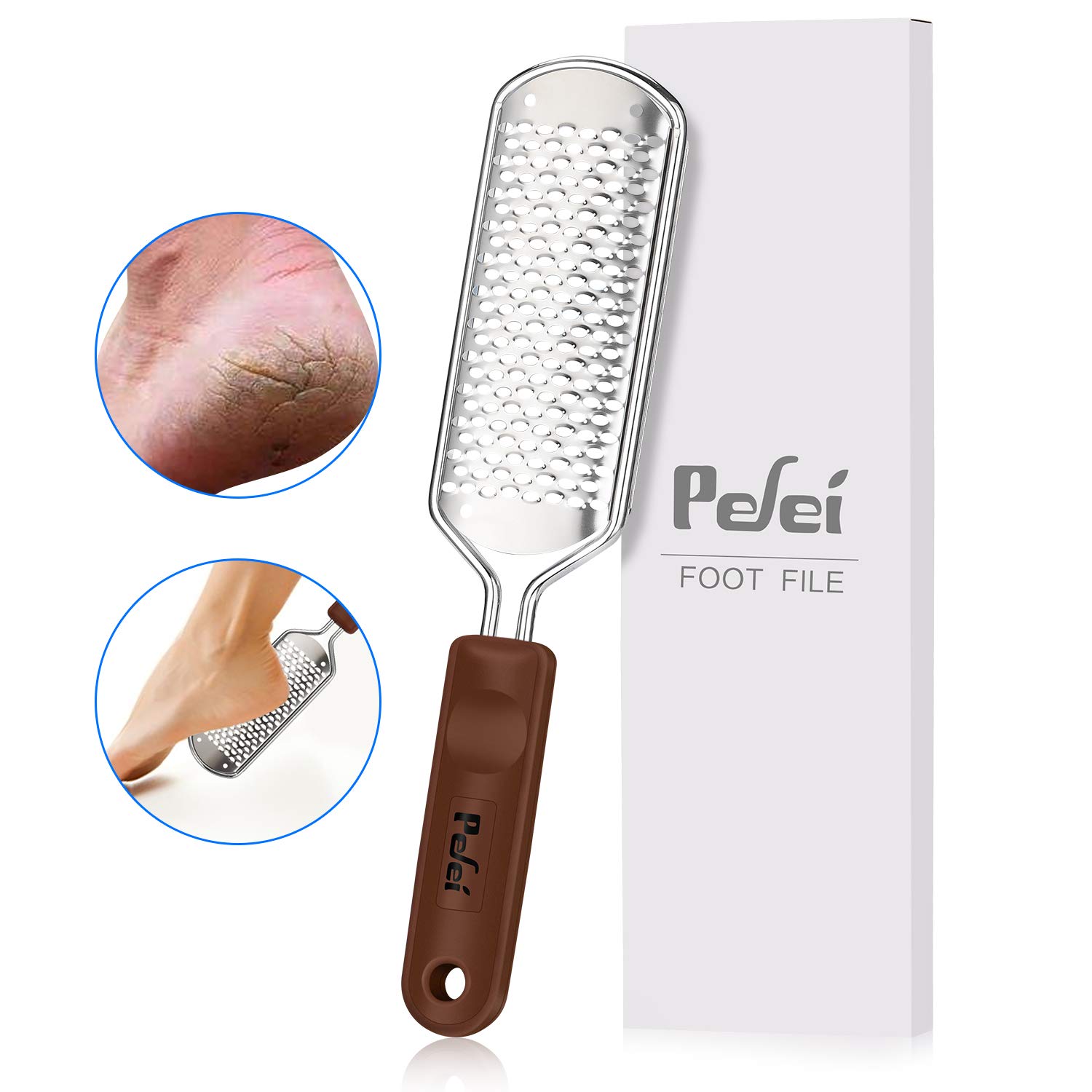 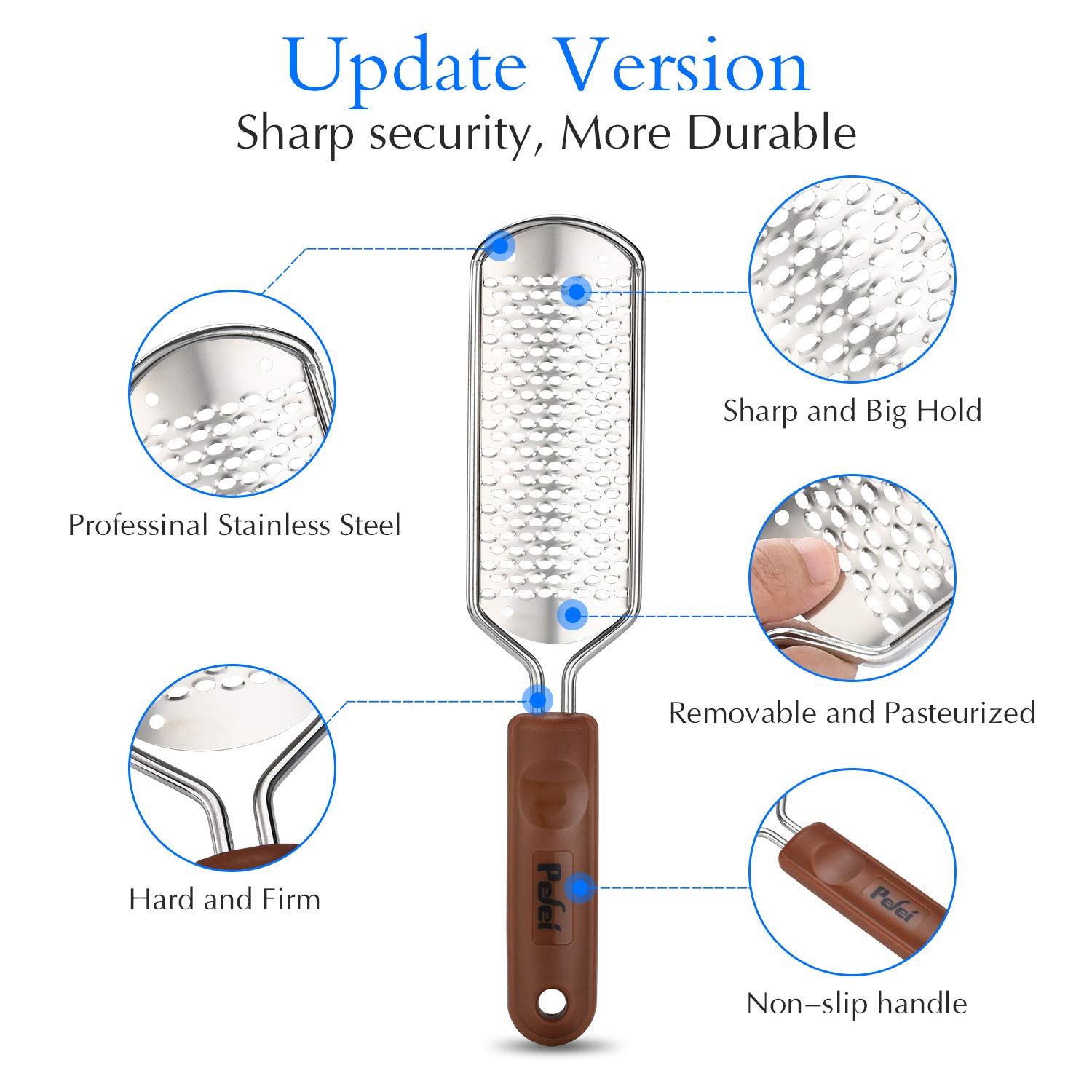 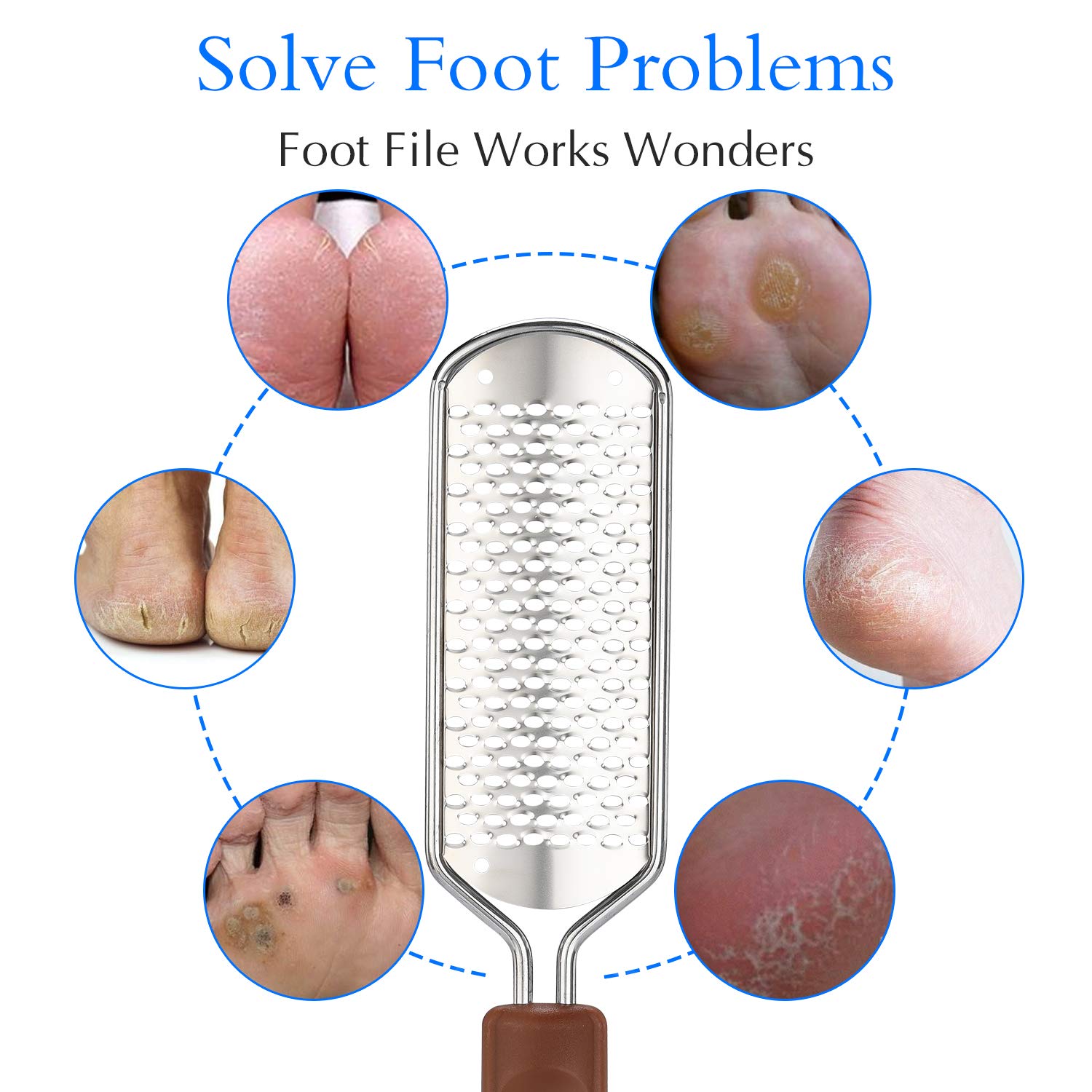 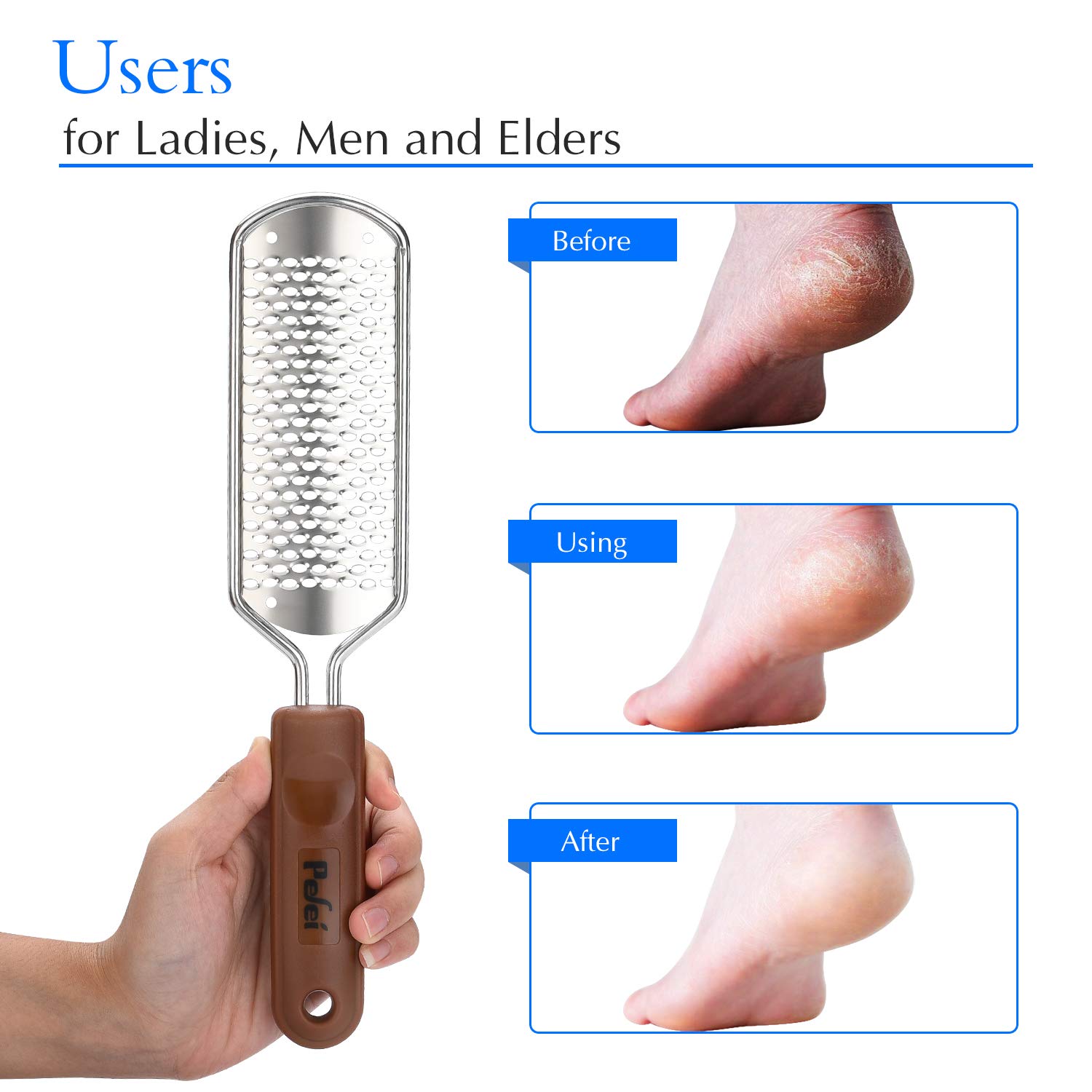 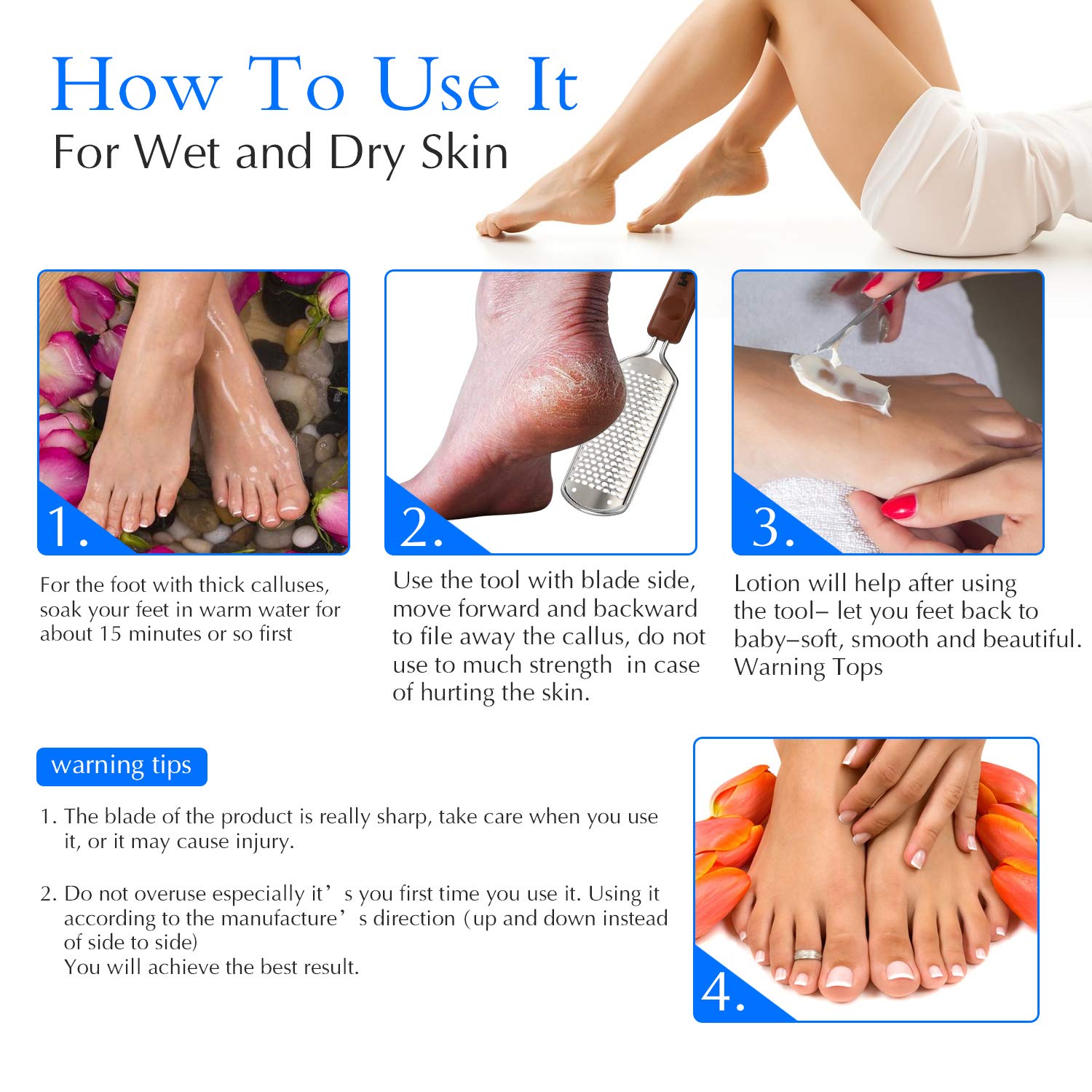 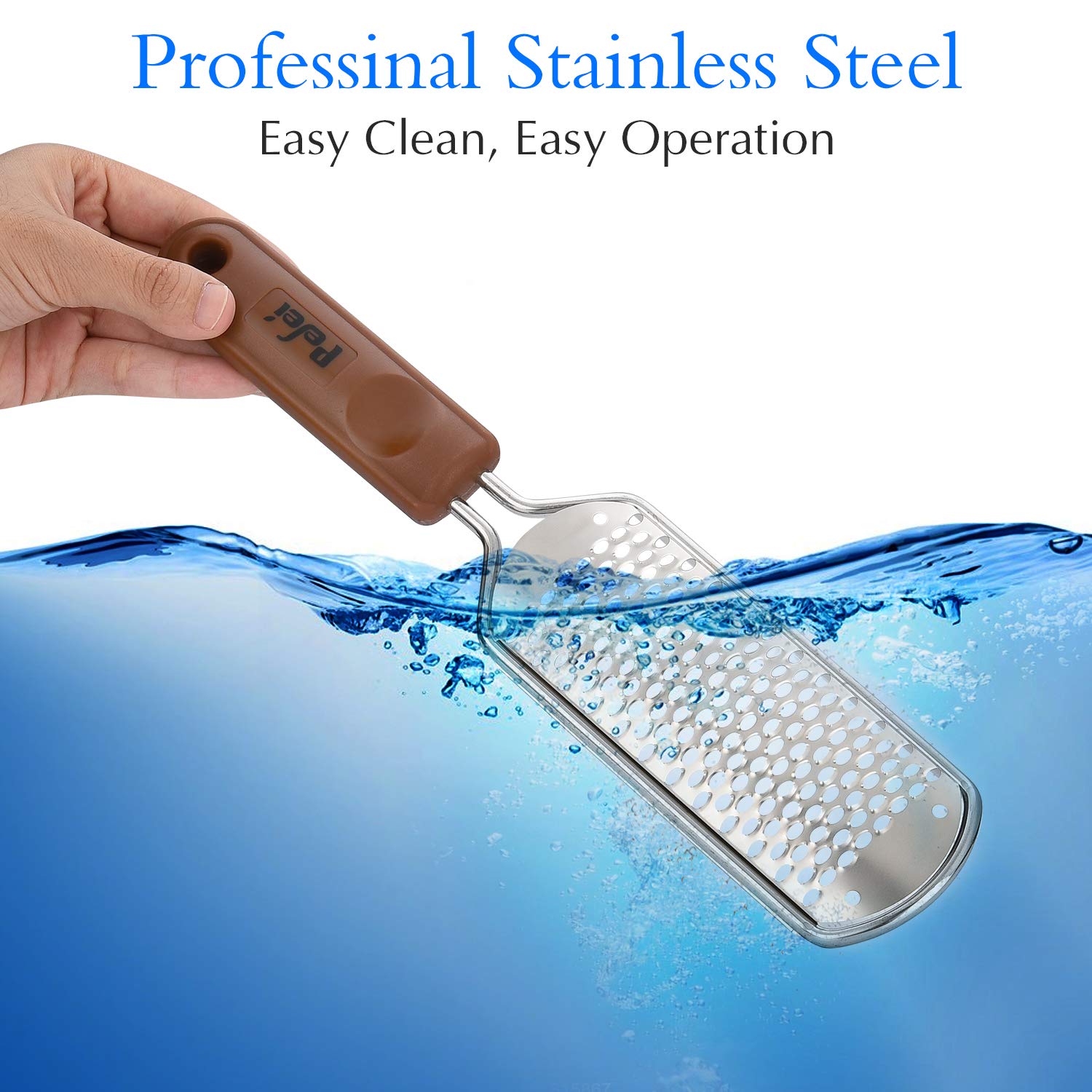 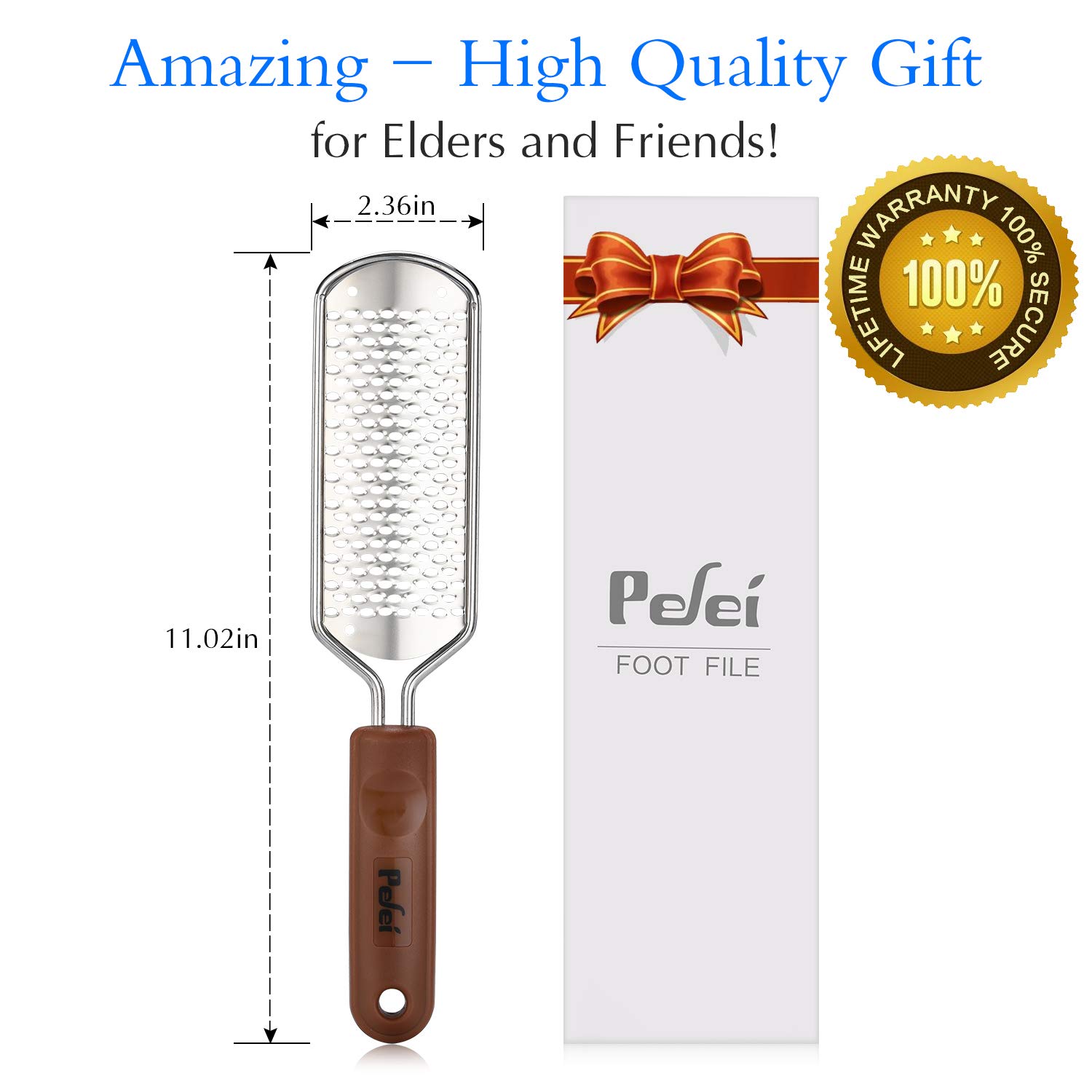 I got this foot file for my boyfriend. He spends most of his time in boots and has really neglected the upkeep of his feet throughout the years. So, when I suggested maybe taking better care of them, he relented and we got a cheap pumice stone. The pumice stone worked, kind of. It would take a good 20-minute soak to get even the smallest amount off his feet. I knew he didn't have the patience for the kind of long-term commitment it would take to give him feet that would look fine in flip flops, so I looked around on amazon and found this.

Two days later, it was dropped off while he was in the shower. I took it out of the package and walked it in. The package said to be careful, so I warned him and then watched the most disgusting and yet mesmerizing thing ever.

Do you know how in a nice Italian restaurant (or even a crappy one) they'll bring out parmesan cheese and ask you to say when as they grate it over your food? That, right there, is what I watched. I didn't think his feet were that bad... but OH MY GOD. I feel like he could have added ample shavings for a family of four to have a proper pasta dinner.

So, user beware. This thing works amazingly well. But don't look too closely at the dead skin you're peeling away... because it will ruin spaghetti for you for quite some time.