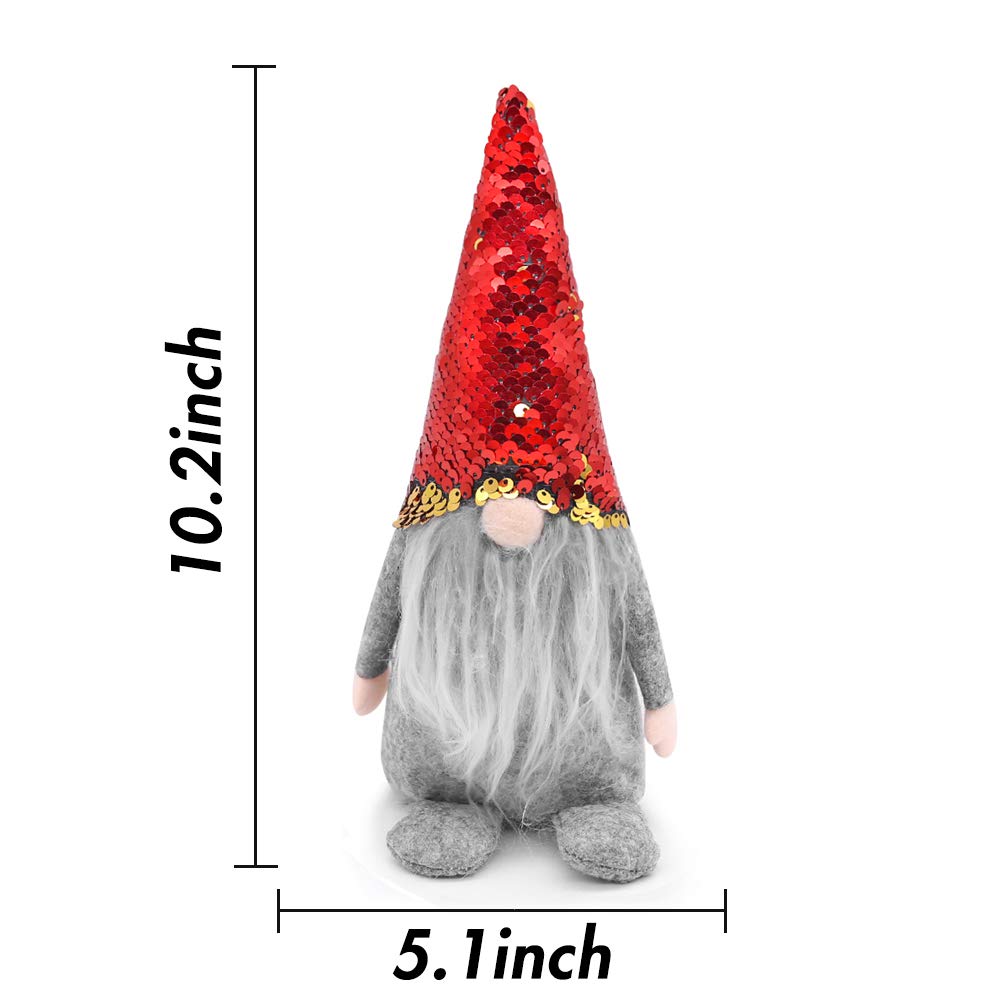 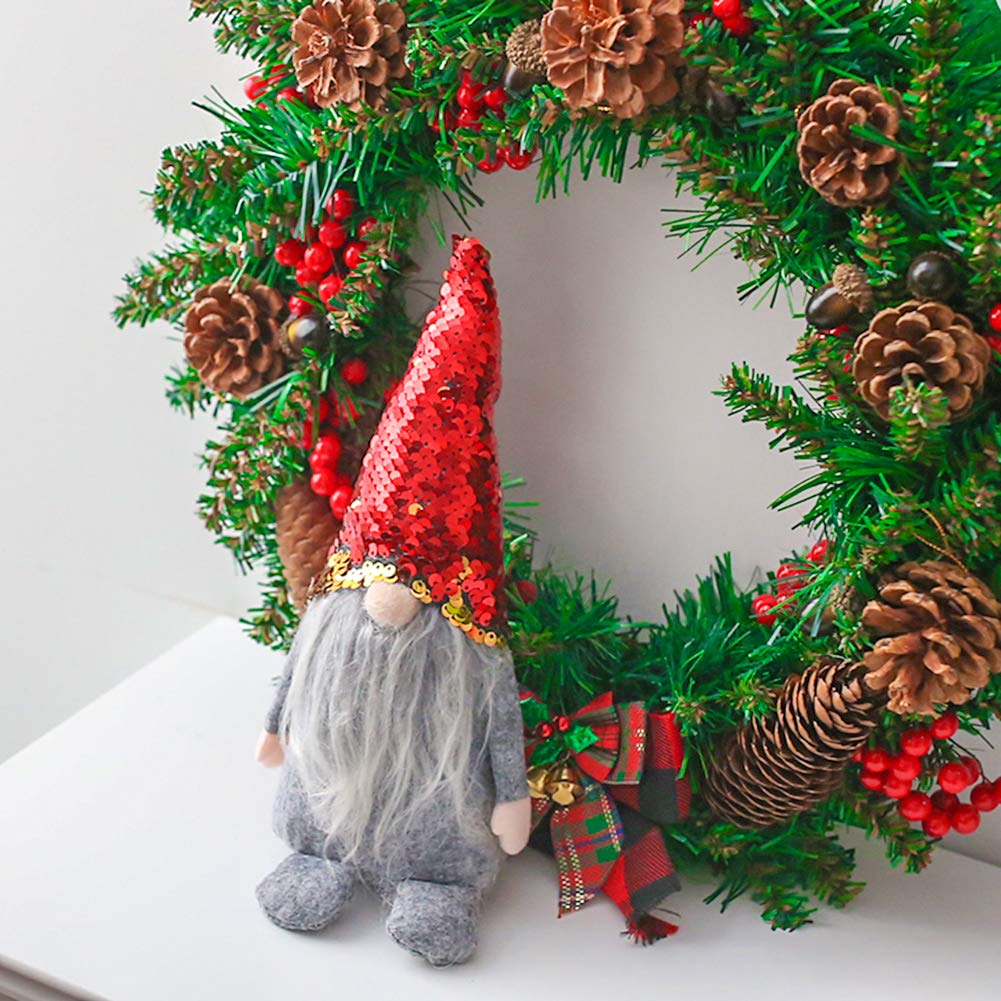 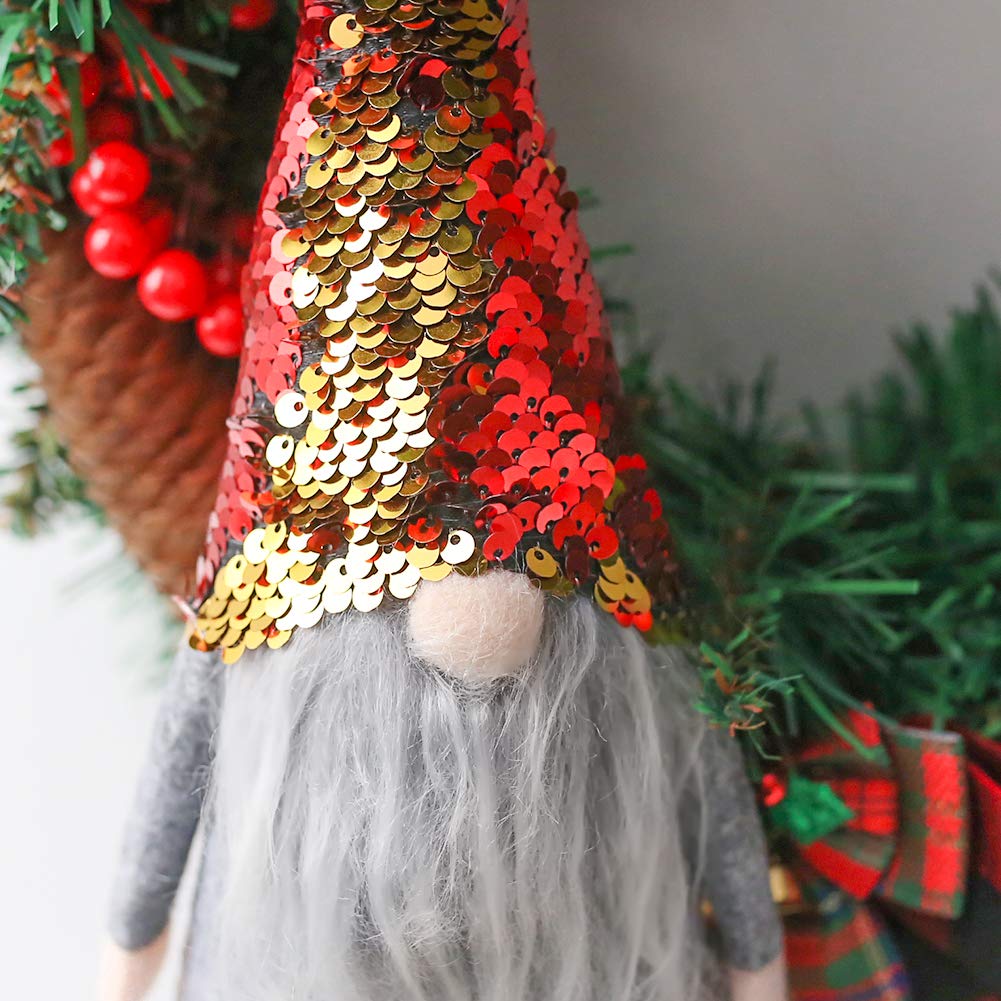 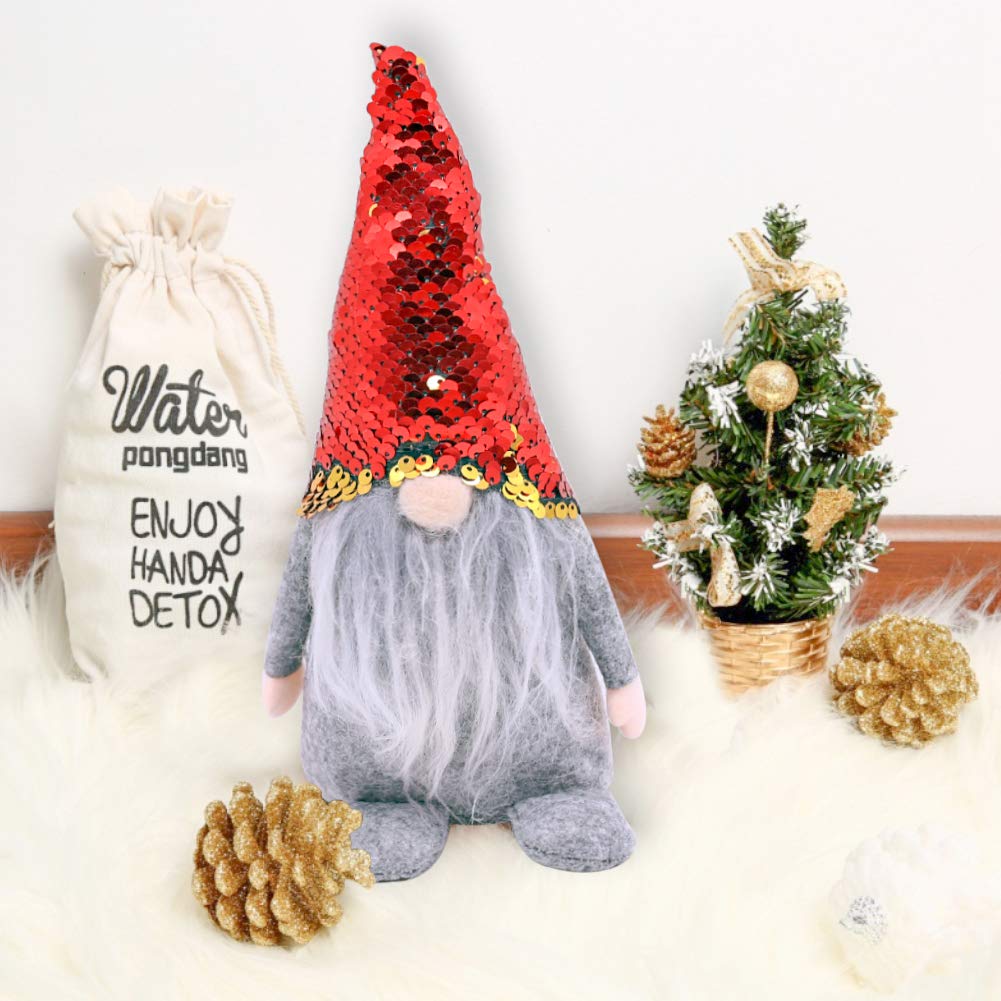 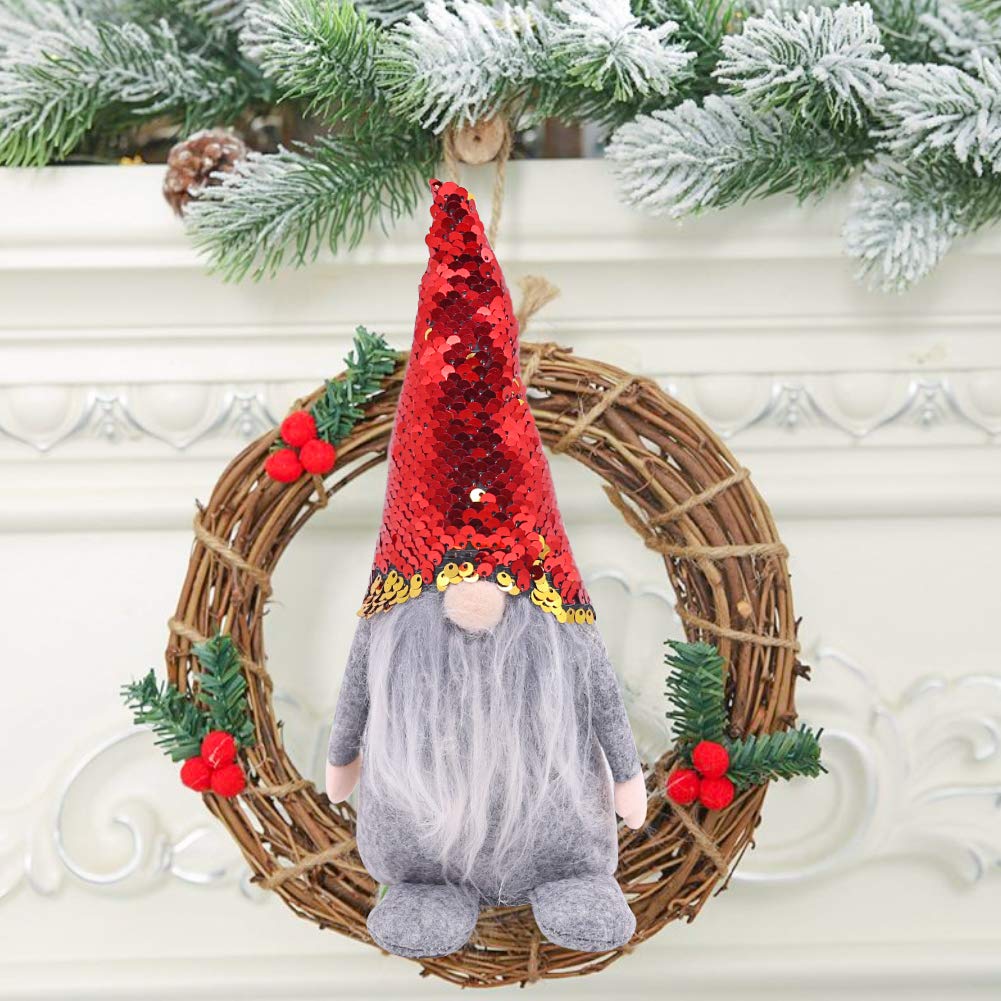 We went to a children's book reading event at our local library about a special, lucky little gnome called Tomte. I wanted to get our own gnome for the holidays and decided to purchase this one. This gnome has a "magic" red sequined hat that changes to gold when rubbed. The description states that the hat has a wire in it to be able to pose the hat but the gnome I received did not have a wire in the hat. It has a weighted bottom to keep it from tipping over but the gnome still tipped over unless it was positioned just right. There was very little information about the gnome on the description page so I can only assume that the gnome is made with some type of grey felt fabric because that is what it feels like to me. The gnome measures about 9 inches tall, 5 inches wide and 3 inches thick. It has a cute bulbous nose and a long grey beard. It is a very cute gnome and will make a great addition to holiday decor.

Read this if you are interested in the backstory of this gnome:

There is an old Scandinavian legend about an elderly gnome called Tomte who was asked by Santa Claus to help him distribute gifts to the children. The story goes a little something like this:

Tomte lived quietly hidden away in the middle of the forest. He was not even three feet tall and had a very long beard.

One cold winter's night, he went for a walk in the forest and suddenly saw a reindeer who has gotten his leg caught in some branches and was in distress. The reindeer looked very strange to Tomte because his nose was as red as a tomato. Tomte leapt into action and freed the reindeer from the branches. Tomte suddenly found himself face-to-face with Santa Claus.

Santa has just landed his sleigh when his beloved reindeer Rudolph had unwittingly became tangled in the branches. They had been delivering gifts all night and were very tired so the little gnome invited them back to his humble abode for some hot chocolate where they spent some time chatting with each other.

Santa thought that Tomte could help them deliver the rest of the gifts and decided to take the little old gnome along with them that night. Tomte loved it! He was small so he could easily navigate household obstacles as he went through to put presents under the tree. His feet were very tiny which meant his footsteps were quite so he did not wake the children from their slumber while he tiptoed through the house.

Santa realized that Tomte was the ideal assistant to help him during the holidays. So now, every year, Santa Claus puts the little old gnome named Tomte in charge of bringing gifts to all of the Scandinavian children. 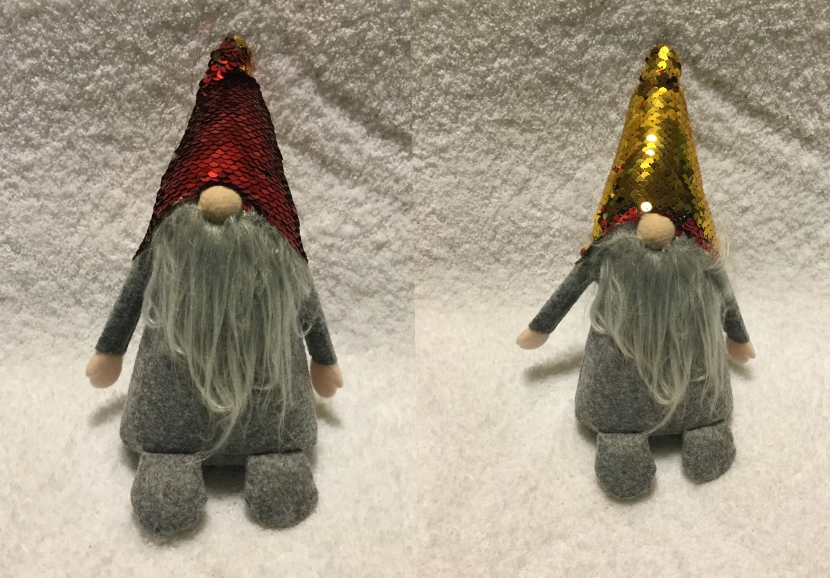