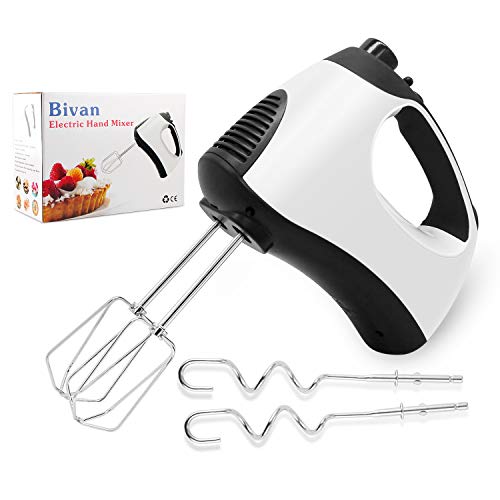 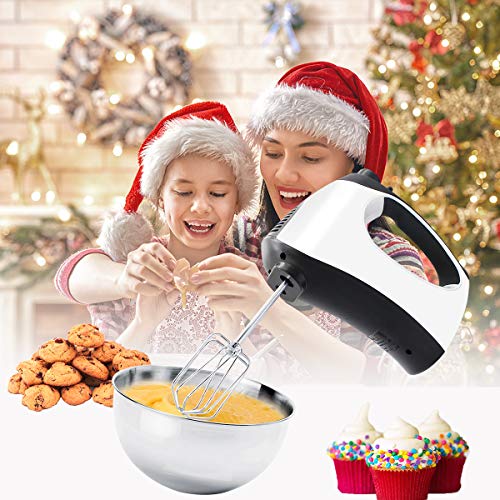 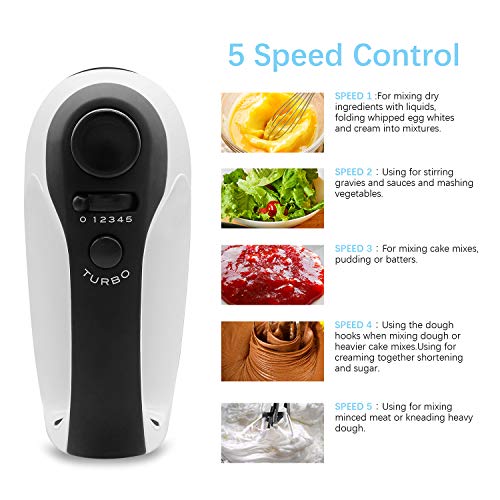 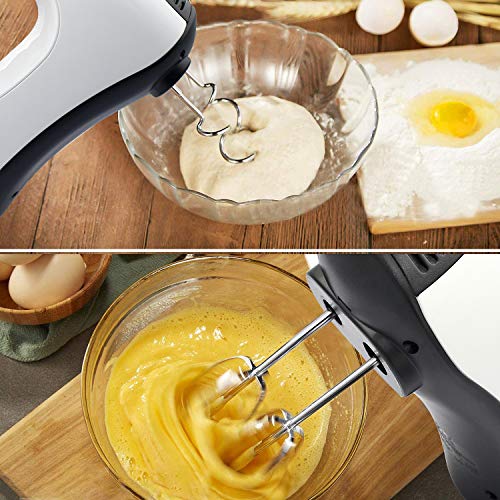 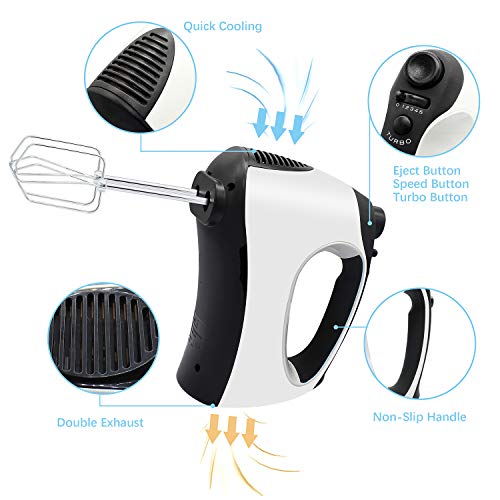 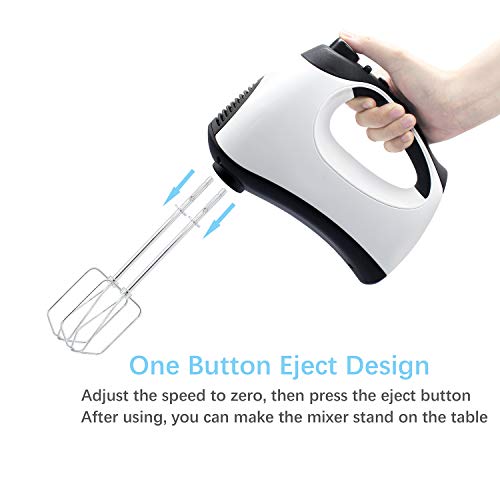 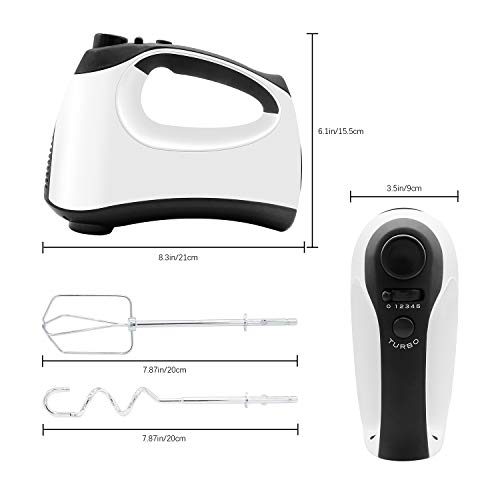 I am trying to make cake recently . I had 3 mixer in total , this is the third one and I think I found the right one . There is a beater ejector button on top of the handle, beaters can easily come out when you finishing using . There are also 5 speed control , but I only use 2/3 because it is more powerful then those two I have . The most outstanding point is I found that this mixer gather the cream and egg white when I whip and beat. The previous two i used does spin the egg white apart . Only one thing is not as good is it’s louder than previous two I had , but that’s acceptable because it’s powerful and does the job in just few mins . Overall I am satisfied with the purchase .