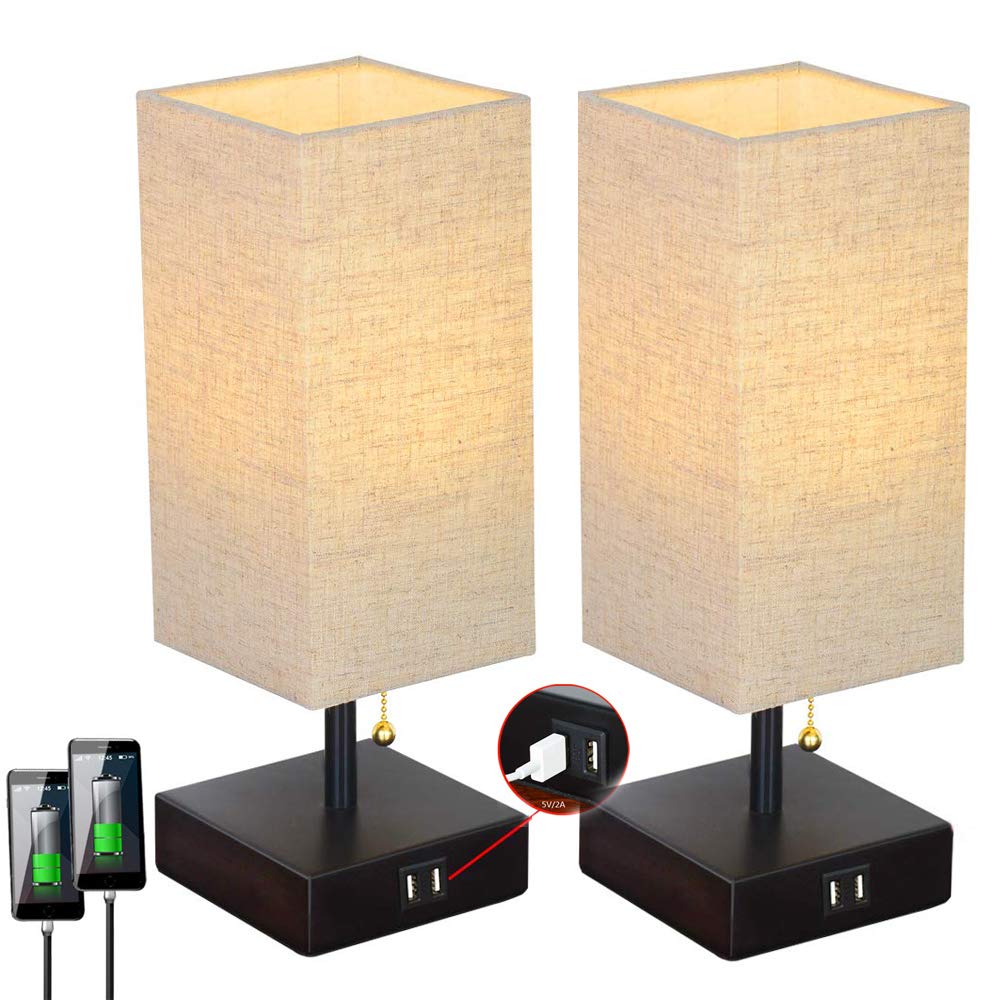 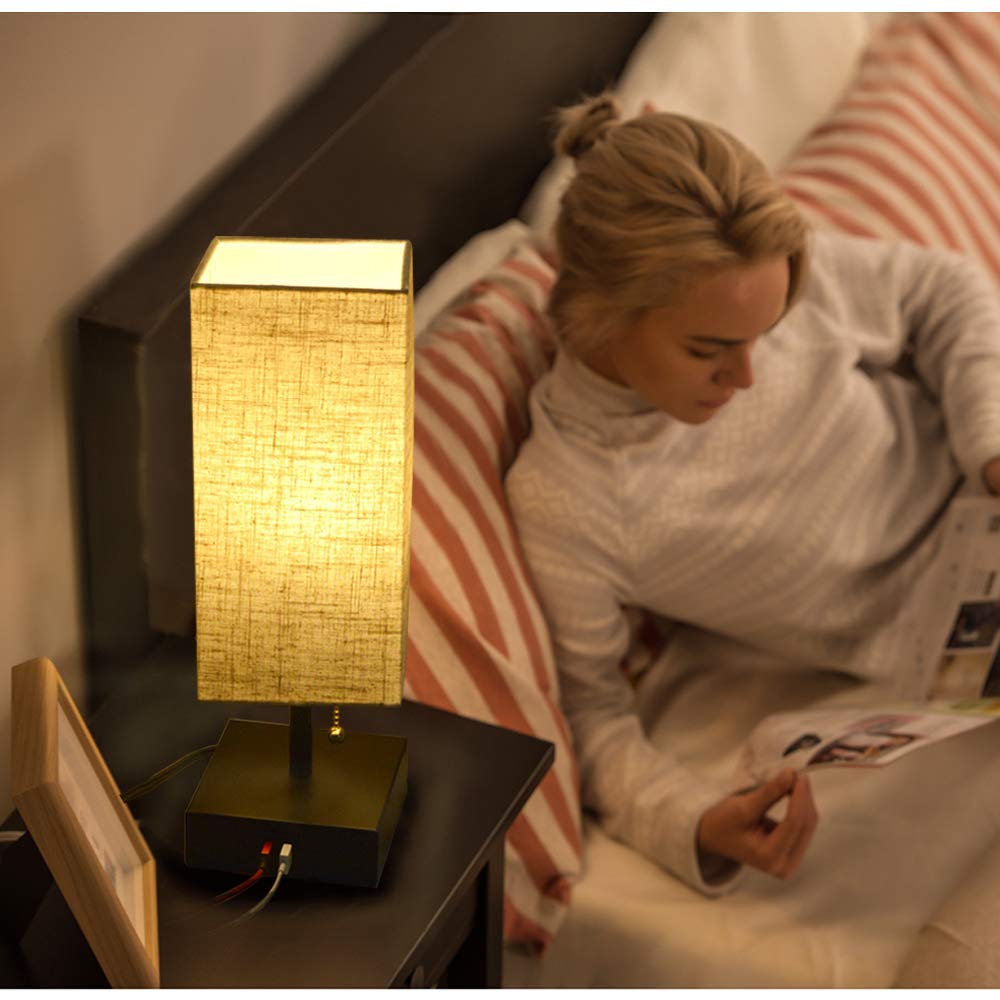 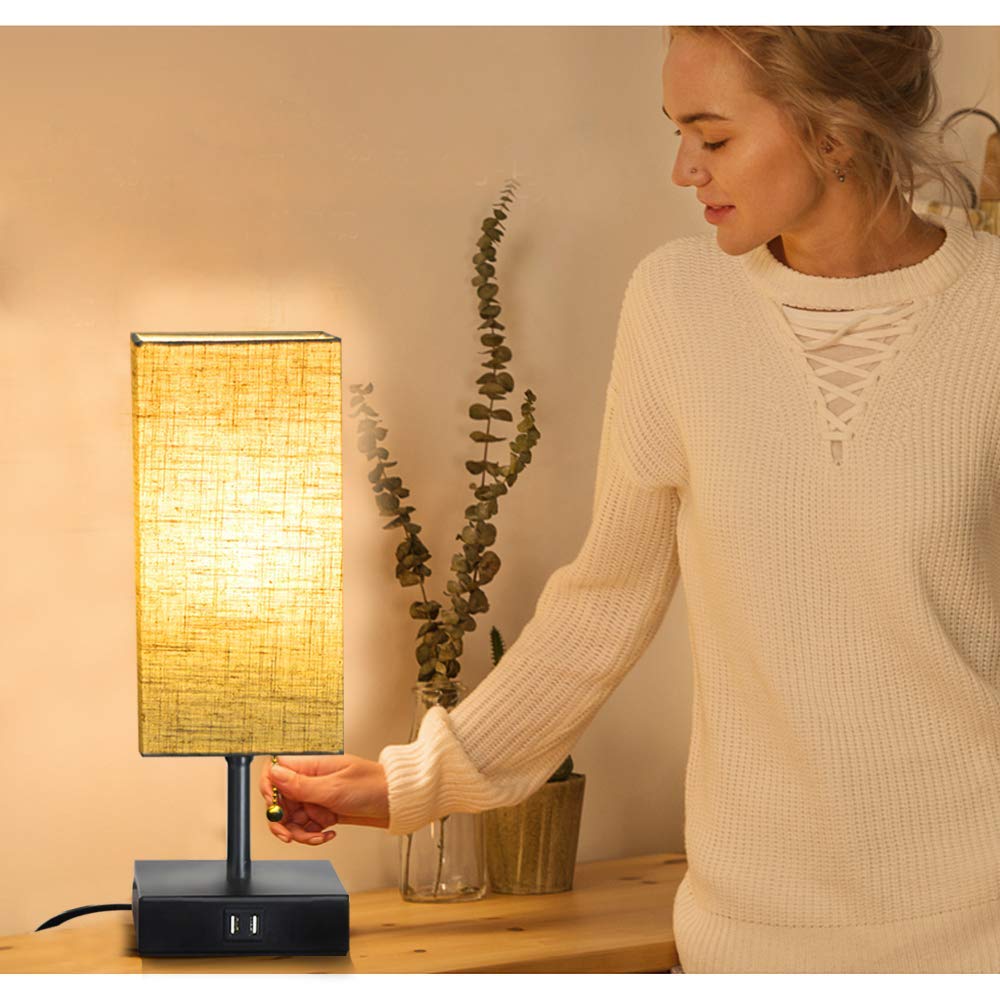 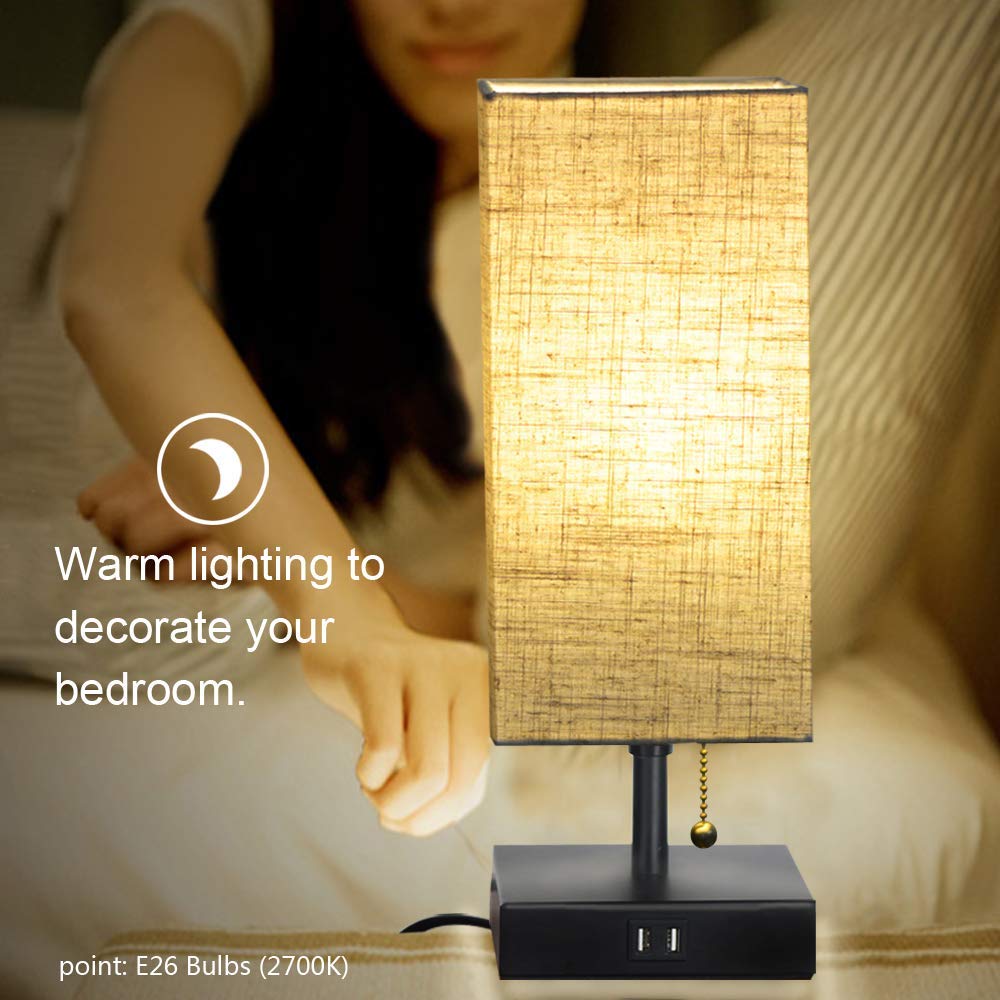 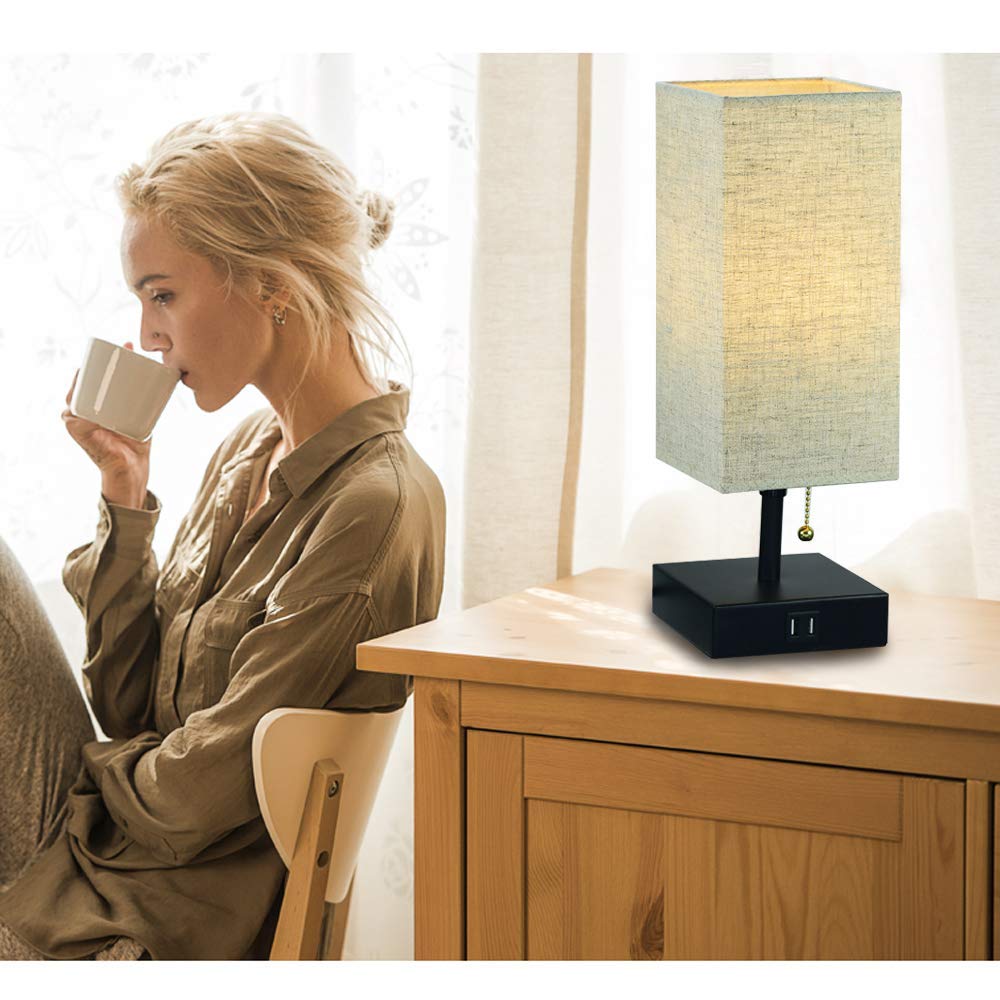 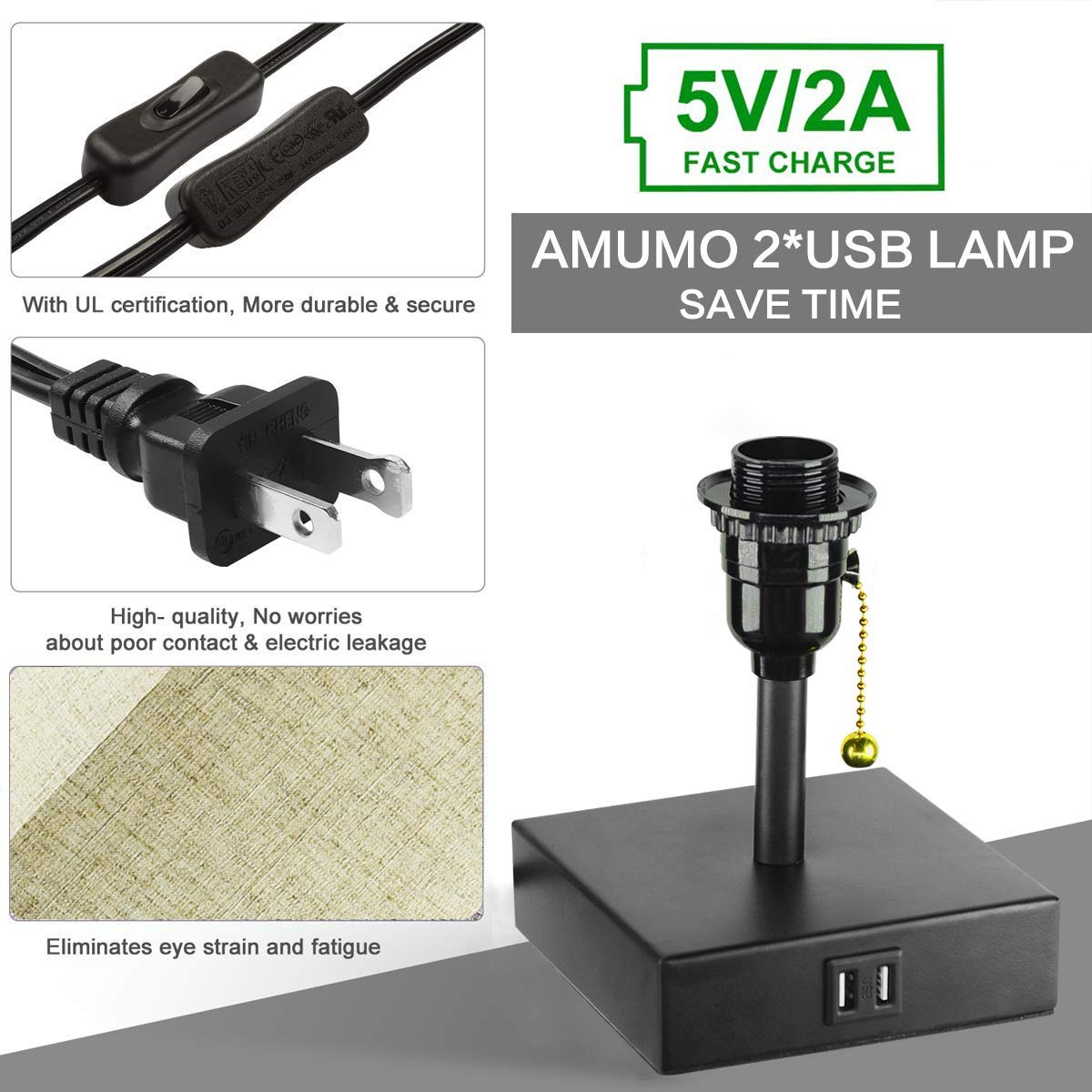 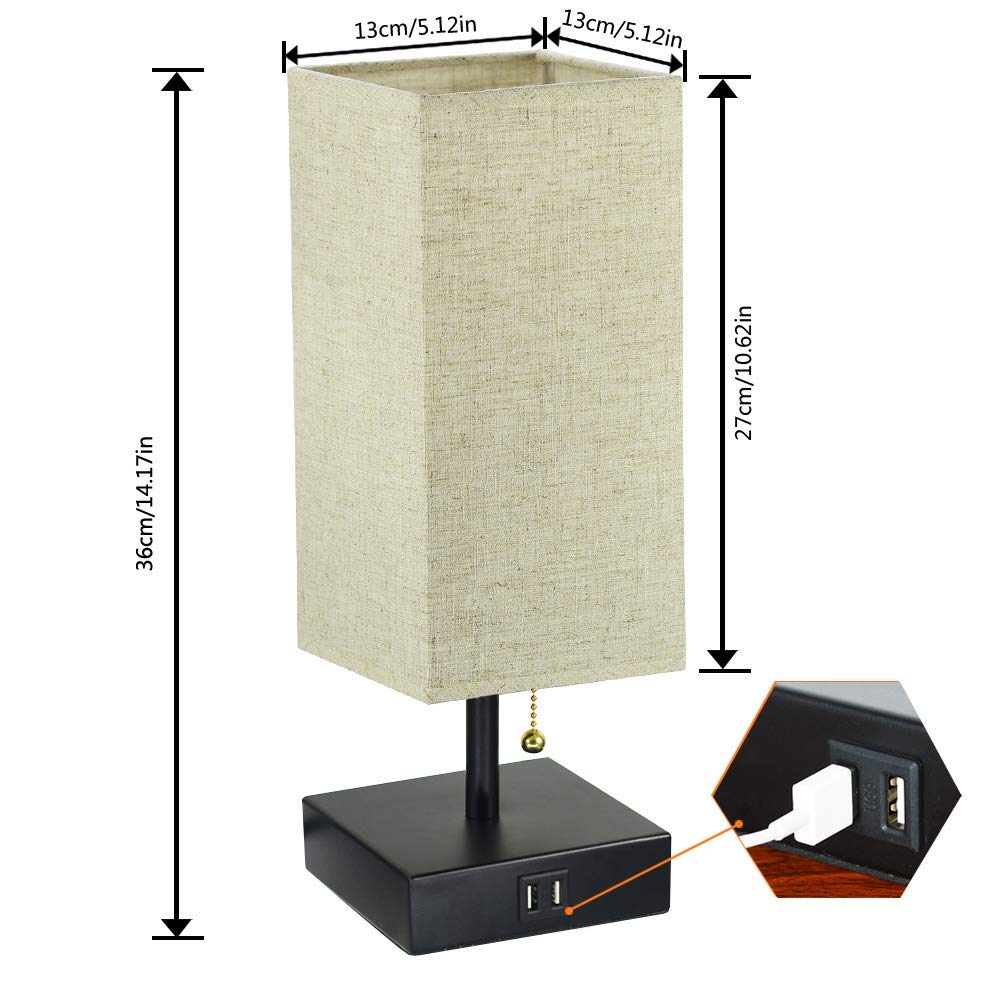 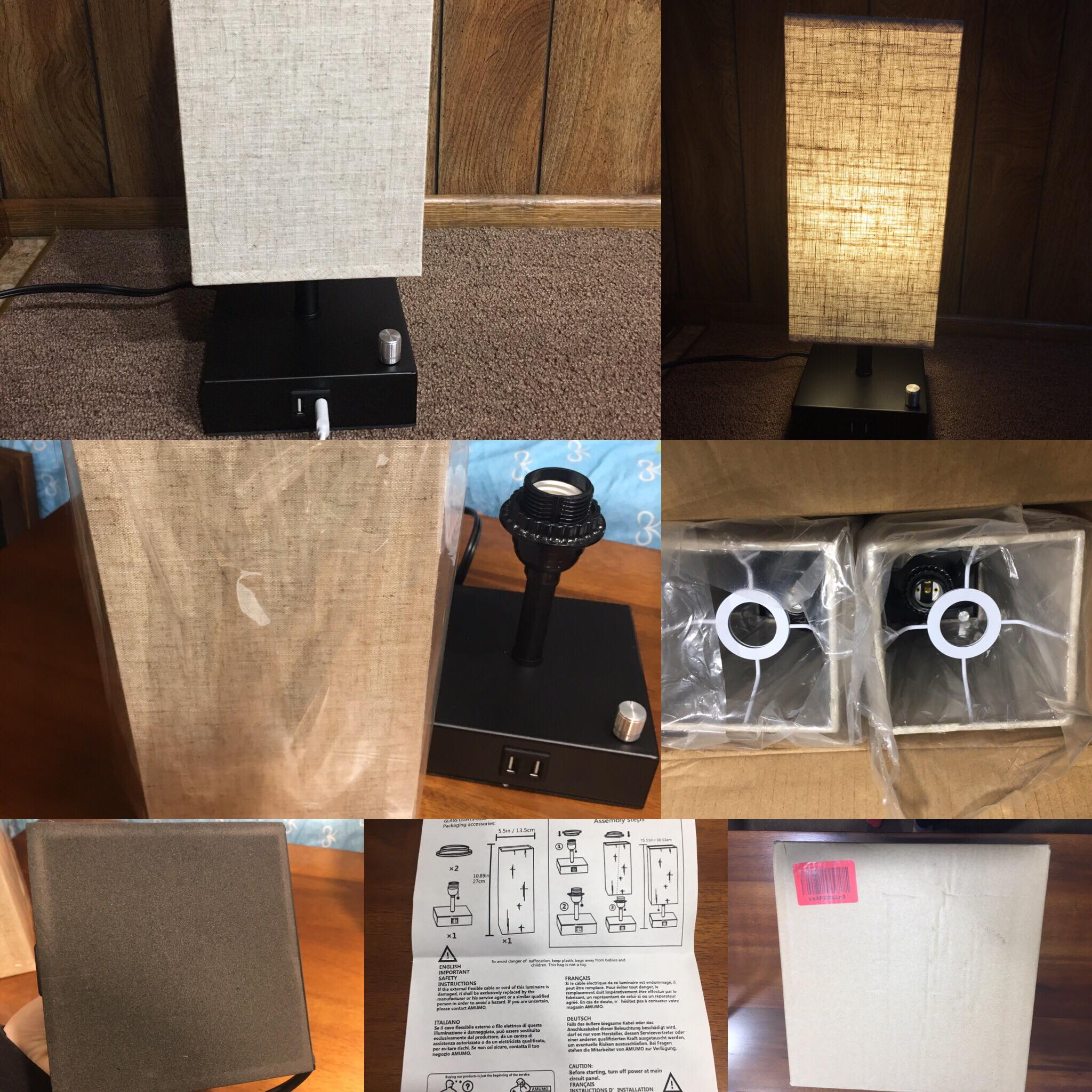 The Dual USB 2-Pack of AMUMO Table Lamps are really nice. The lamps are made well, they look nice, and they function great. They came well packaged. The instructions were clear and easy to understand and there was very little assembly required. The only assembly was removing the plastic, then put the lamp shade over the base and screwing in the light bulb. The cord has a flip switch which allows you to power up the entire lamp and be able to control the lamp while still having functional USB ports. The lamp is easily turned on or off by the silver knob on the front. The listing and the instructions both depict a pull chain. Mine did not have a pull chain on either light. There is a small silver knob on the front instead. The knob changes the look for sure, but I’m overall not unhappy with the lamps. Both USB ports work as expected. The lamp shade is fabric and overall helps to give off a nice glow without it being too harsh or too dim. The bottom of the lamps have a foam backing to help prevent scratches which is nice but it doesn’t seem to be adhered that well. The backing is the lowest quality part I’ve seen on the lamps.

Overall this is a nice set of lamps. They work as expected, they look nice but aren’t the same as depicted on the listing. Knowing they aren’t the same and if you still like the appearance of the silver knobs I would recommend them.