Very cool party light! Somewhat cheaply made and does not actually respond to music tempo 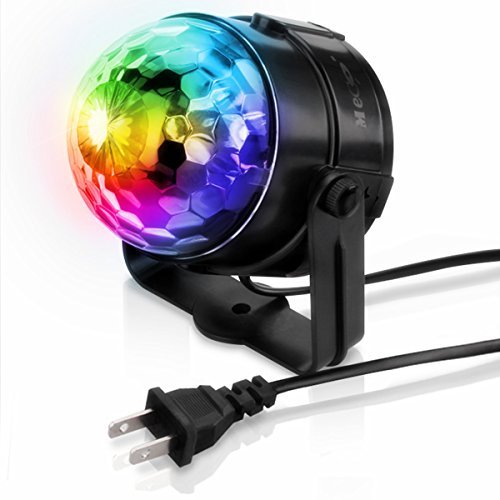 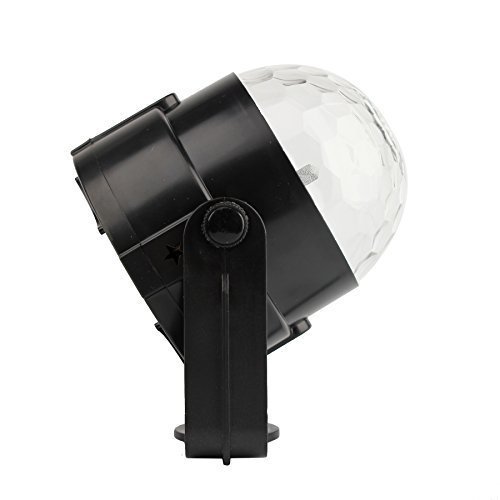 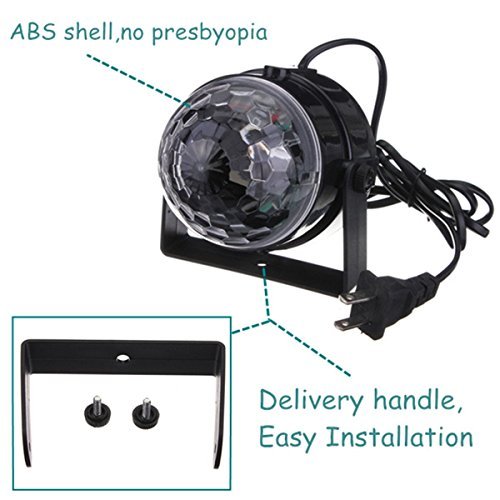 All in all, this light is extremely cool! It's been great having get-together's or small parties with my friends and putting this light on in a dark room for ambiance or even on the back porch to watch the lights against the trees in the backyard. Some of my favorite things about it are that the lights are bright and strong enough that they easily fill up the 12' x 15' room that we've been using it in and I think it would stretch much further. It's bright enough that it even works great in a well lit room (as in my pictures) and in the dark it's pretty mesmerizing! It flashes the different colors (three total - red, green, and blue) at a good pace and the circular pattern is very cool.
I have two "cons" about the light that are the reason I knocked it down to four stars. The first is pretty mild, and it's that the plastic the light is made up of is pretty thin and cheap feeling. It's holding up just fine right now, and for the price I think this is still a great deal, but it's does feel a little bit cheap. That doesn't seem to affect the function though. And the second and largest con regarding this light is that it doesn't actually change tempo according to the music like the product description claims it does so it's a little frustrating. It still looks awesome with music playing, but the tempo of the movement and color changes does not change at all whether I have music playing or not. I've tested it with several different styles of music, some with higher treble and some with more bass, but it didn't make a difference. I don't know if maybe I just got one that doesn't function correctly or whether none of them work like that, but it would have been really cool if it had functioned properly.

I could see grabbing 2-3 of these for inexpensive but awesome warehouse parties or small concerts. I bet they'd also be a crazy hit at teenage birthday parties! 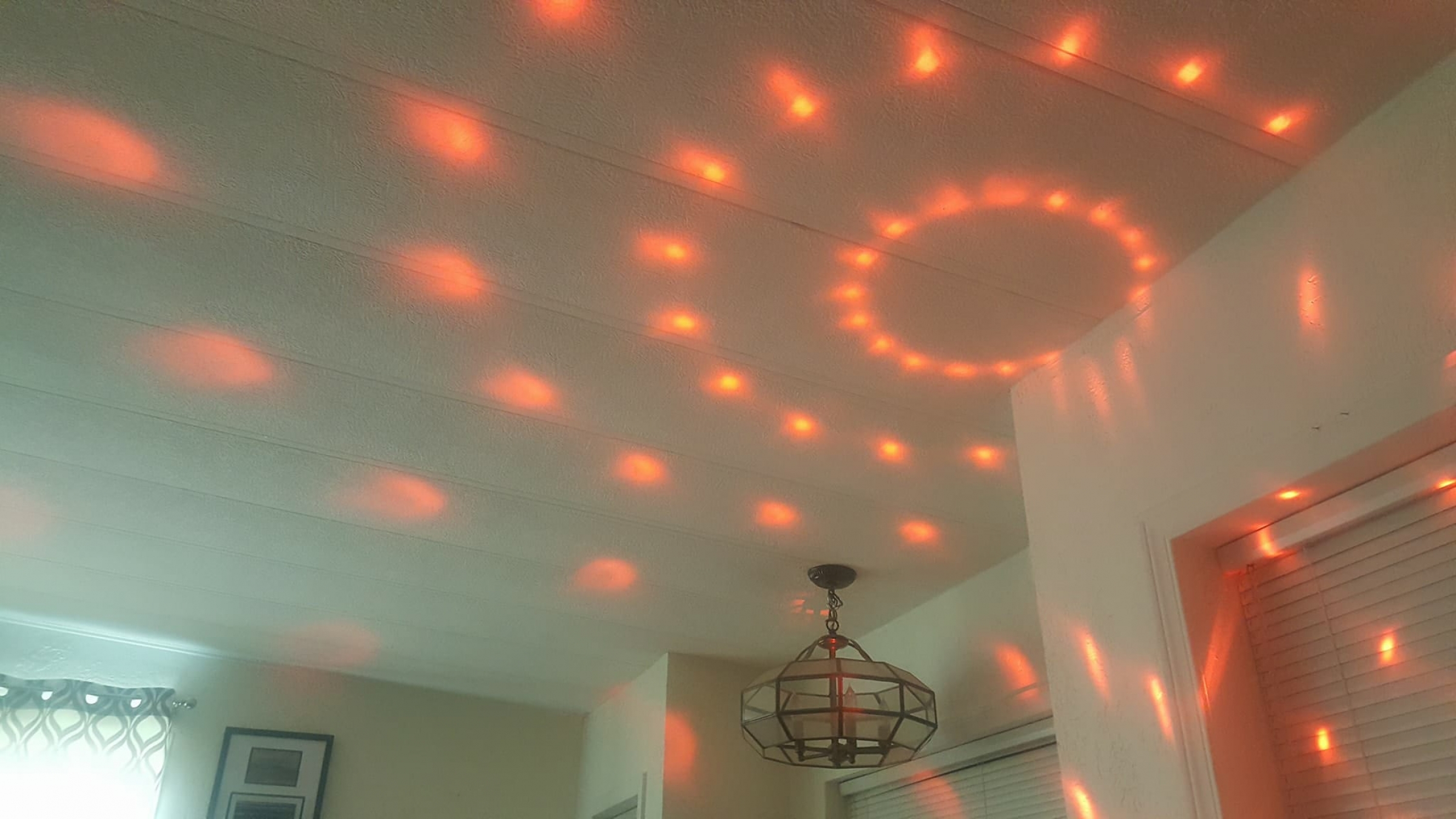 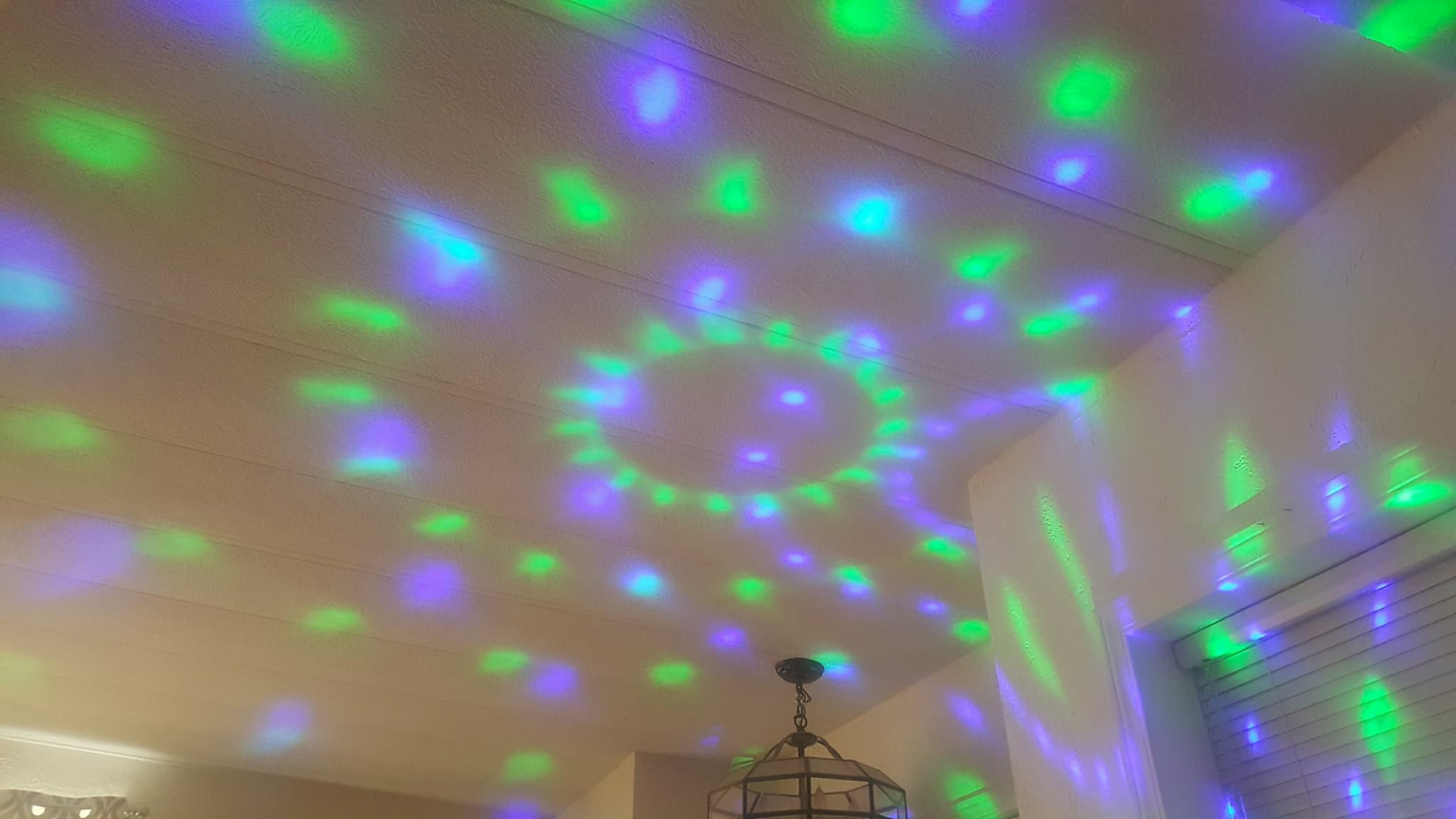 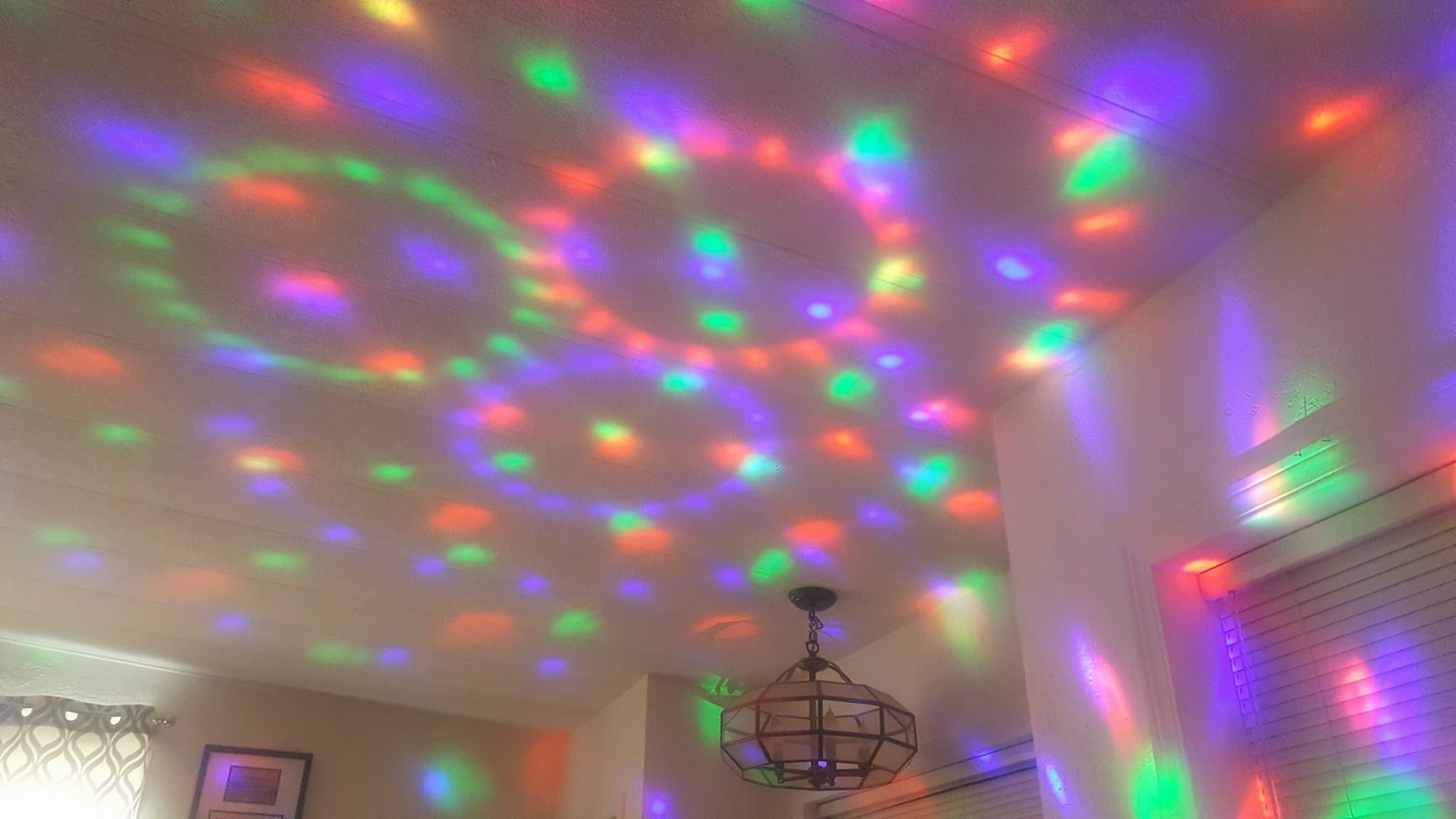