My daughter adores her little bunny! 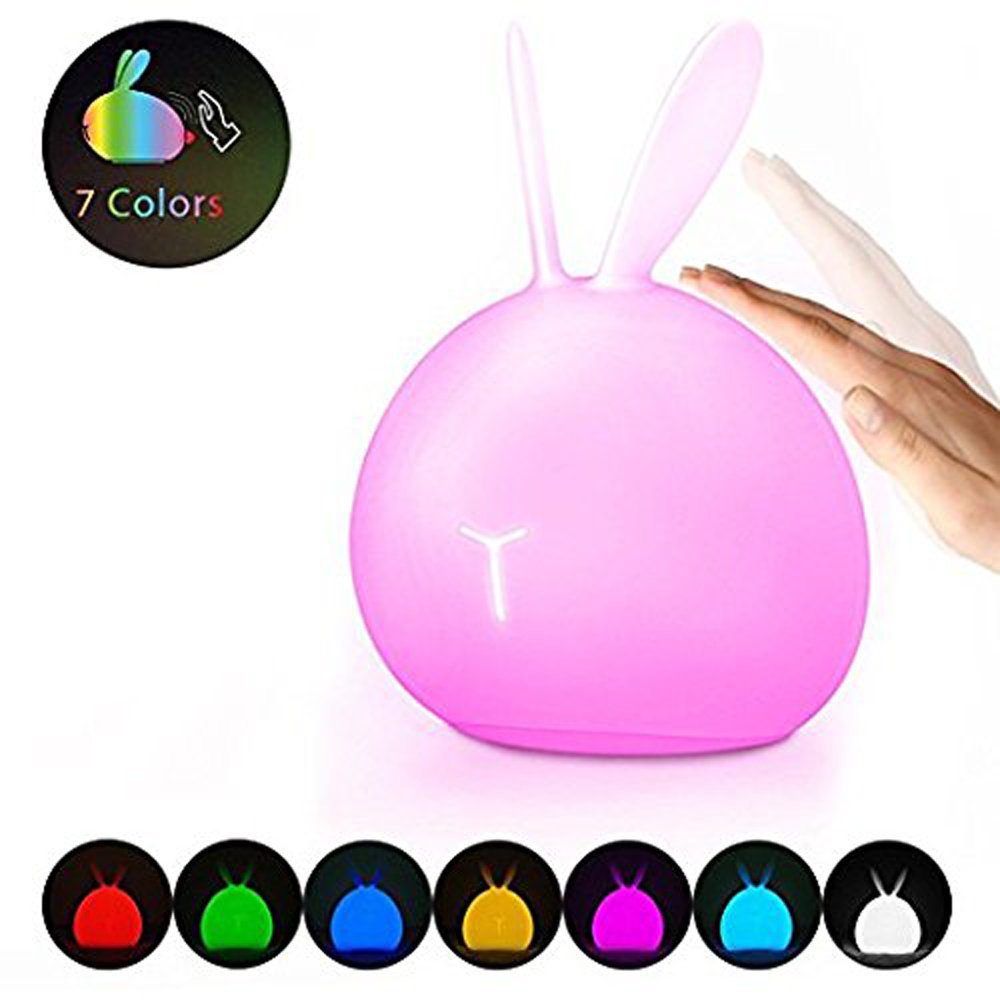 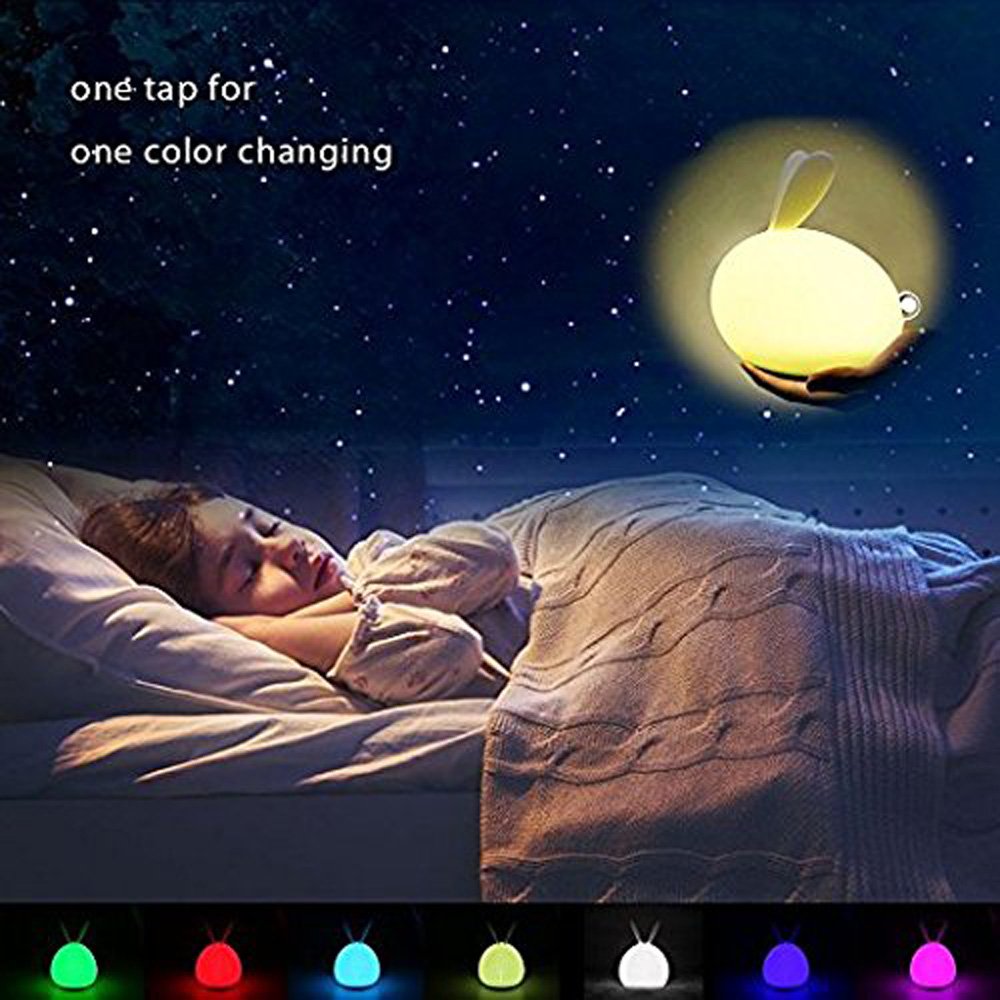 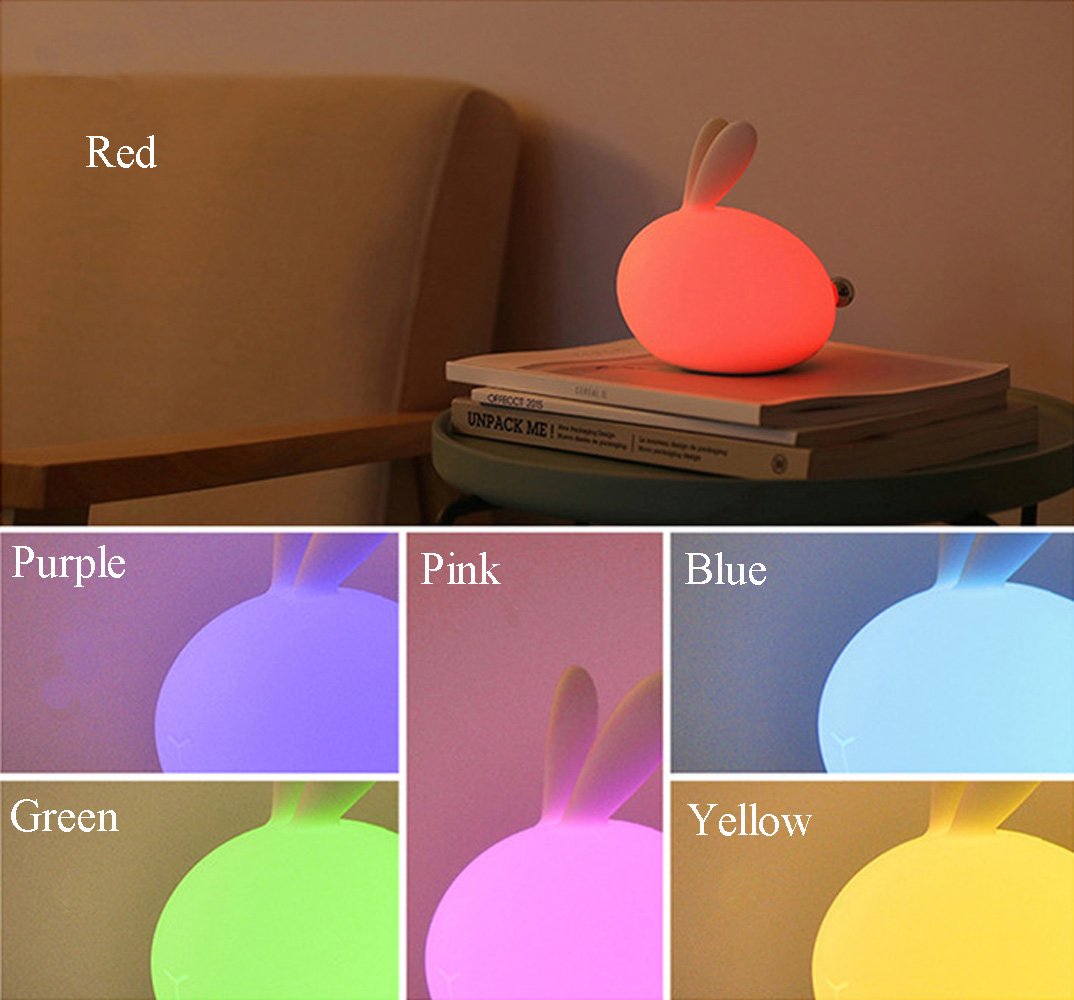 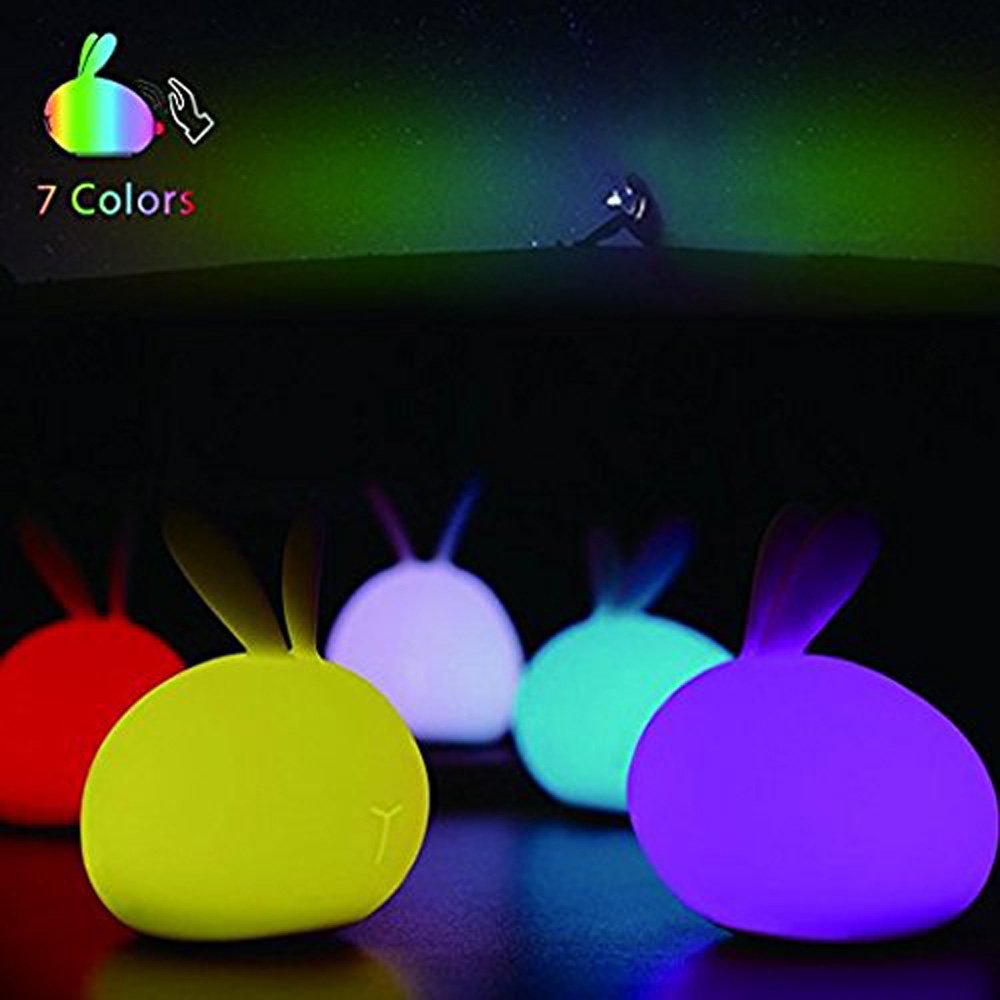 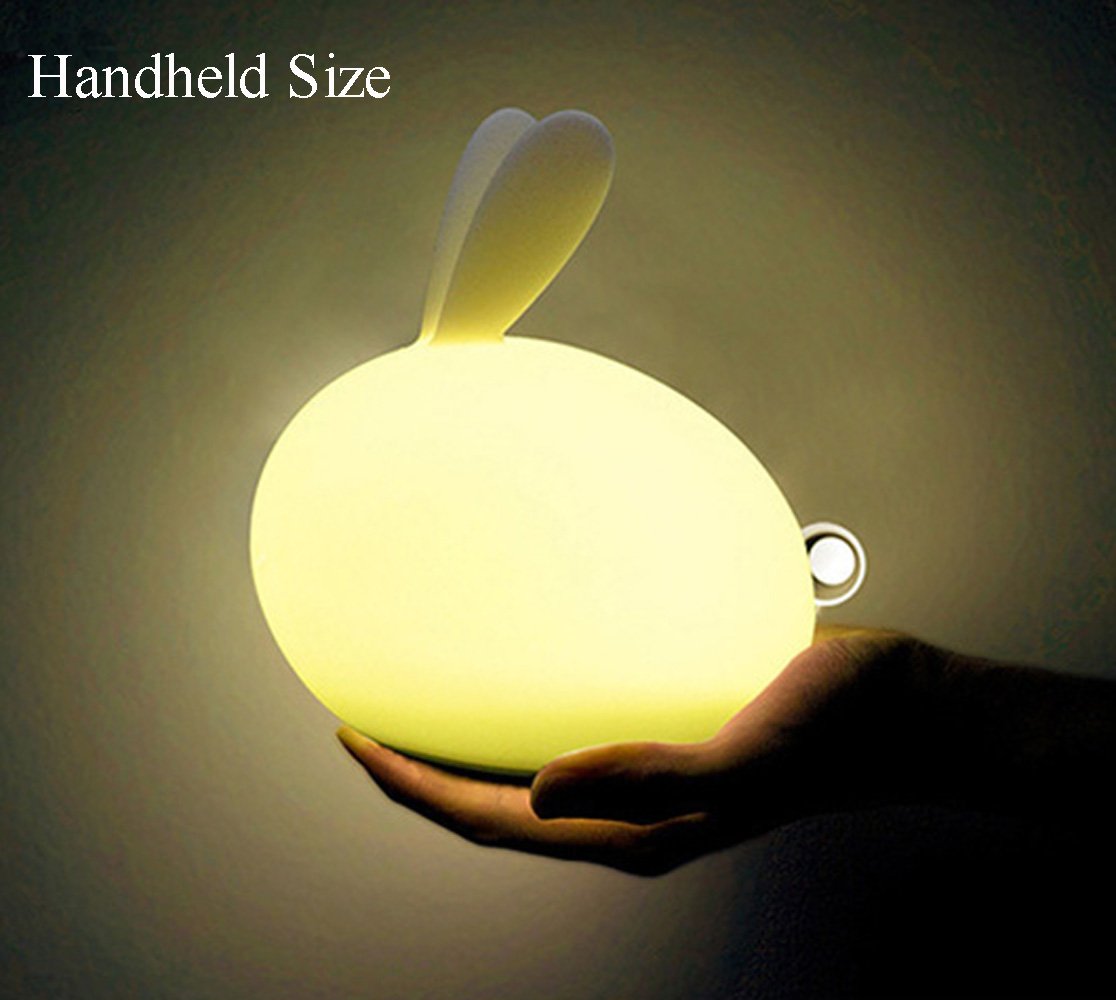 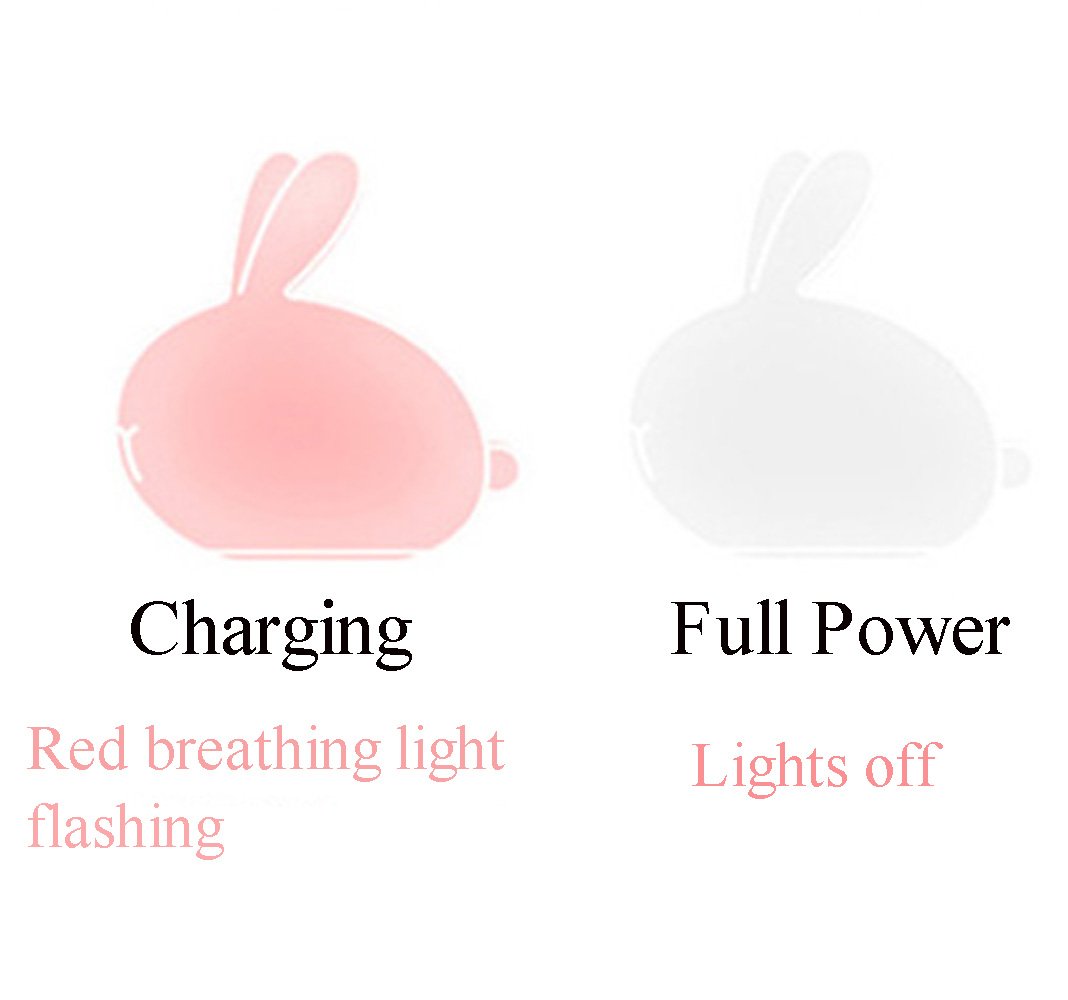 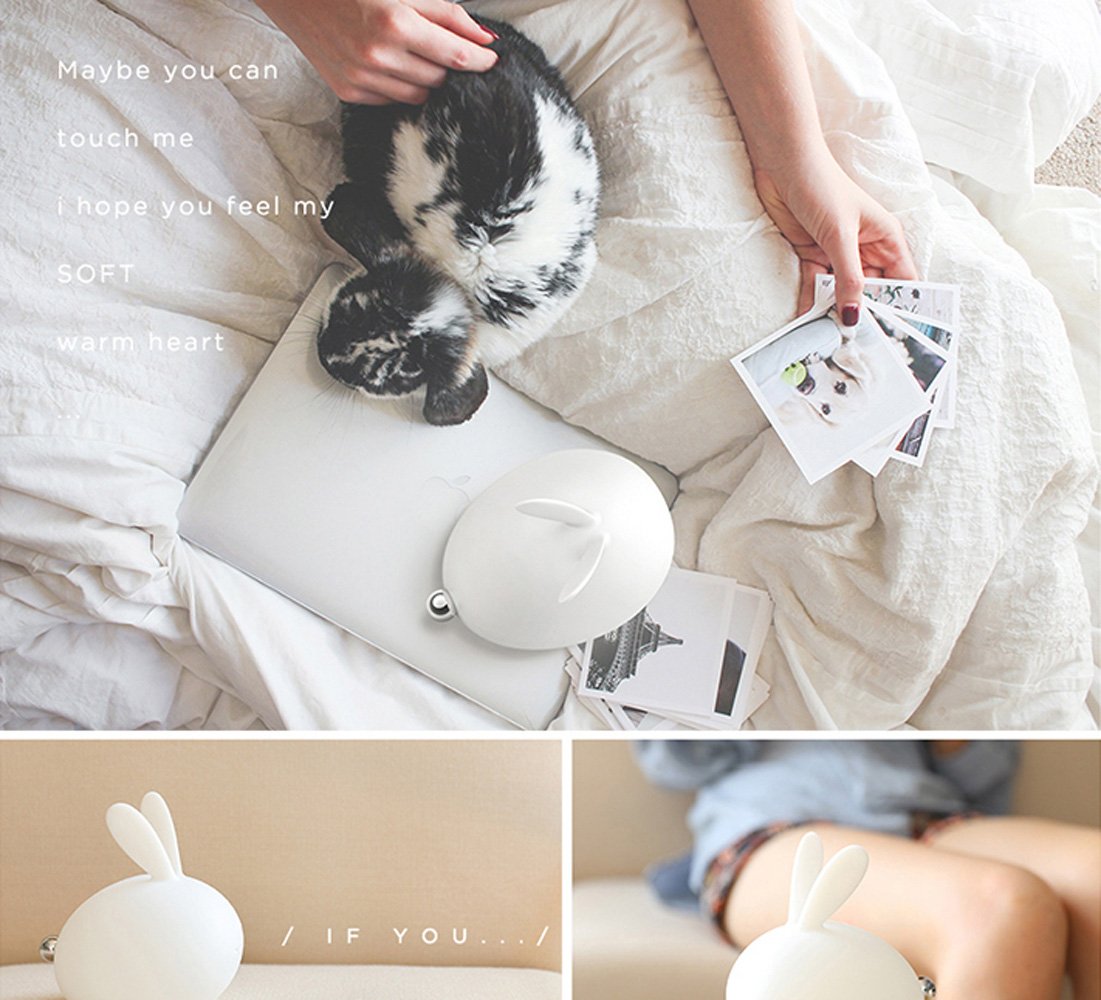 I gifted this to my 6 yr old little girl with a note included. The note wished her good dreams and said that with her new gift she'd find that she could always have a light in the dark night when she awakes from a bad dream. She can reach out for her little bunny and light up her bed to look around and see that she is safe and sound! She has kept it close by her at bedtime ever since!

One of the main things I like about it is that it is soft and can't hurt if she rolls over on it. It is very safe for her to have in the bed close by. She can even hold it against her and doze off comfortably!  It's easy to charge in any USB port. I did have to get a new cord to use with it because for whatever reason the one that came with it took a long time to charge Mr. Bunny. It could have been a dud of a word though. That can happen at times. I'm more concerned with how the LED bunny light works and It's pretty great! It can be a bit touchy at times to turn it on but once it is on my daughter can just lightly tap it to change the LEDs to her preferred color of the moment. She Loves that feature so much! I often will walk past her room and see the bunny lit up pink, and walk past again 10 min later to see him next to her shinning in blue light...or should I say teal light, My daughter corrects me often on that haha!

The only thing that I've really had a tiny issue with is Mr. Bunny's tail. It has fallen off a few times but easily screws back on. It unscrews from the bolt at the back end of the bunny. I think it's an important trait to note and be aware of with this product. Especially if it is being purchased for a small child. For me, It is a small issue for now, but as my infant son grows older and becomes mobile it will be a bigger issue. For that reason, I deducted one star. My thinking on it is that if a parent had purchased this item for a younger child's room it could certainly be a choking hazard. I'd think for any child under 4 yrs old it could be an issue. It could easily be secured with a drop of super glue or really strong crafters glue, placed on the threads of the bolt the tail screws on to.

I do love this product but for my older child. For my infant, I'd want the extra security of gluing the tail in place before allowing him to handle it. My daughter loves it though and I can tell she will continue to keep it close by for a long time to come! Giving her the note along with the bunny light added a special touch and gave her more of a connection with the item. She didn't just see it as a toy, she sees it has an item to help her and it does! It calms her worries and eases her after a nightmare! I'd hoped it would. I hope that some other parent out there finds this review useful and is able to do something similar for their child!