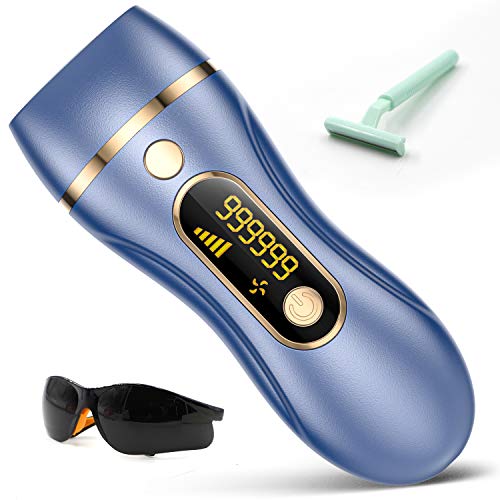 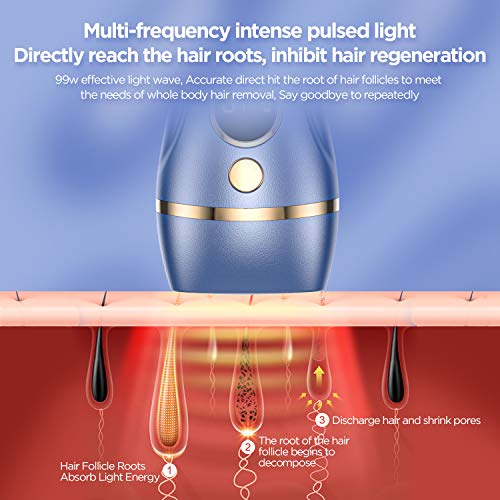 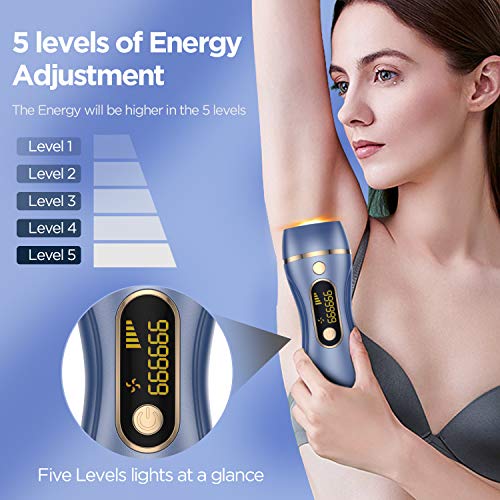 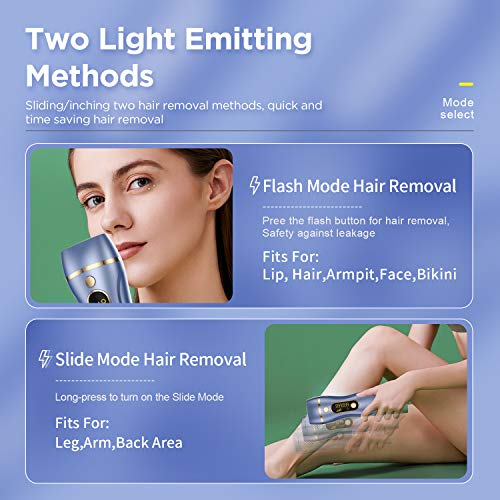 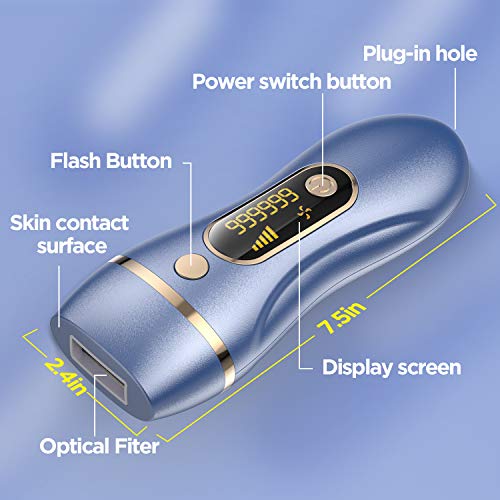 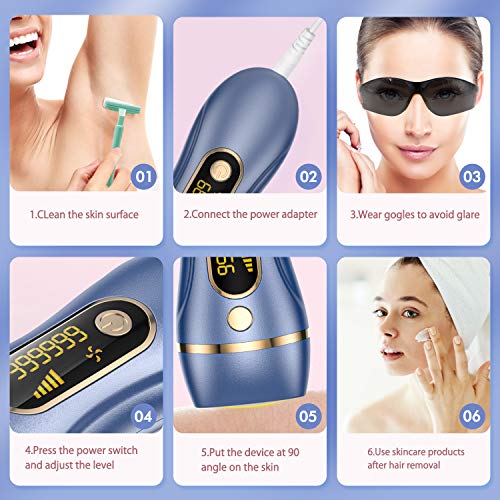 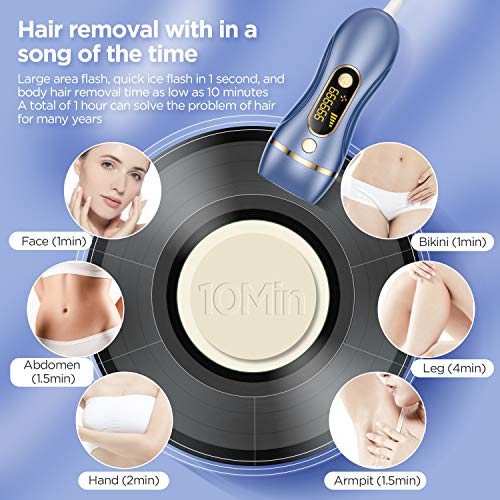 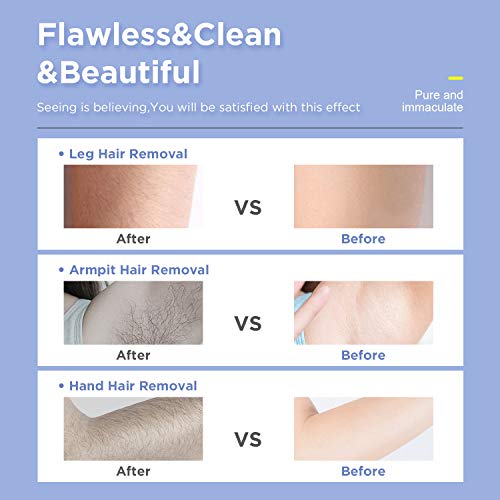 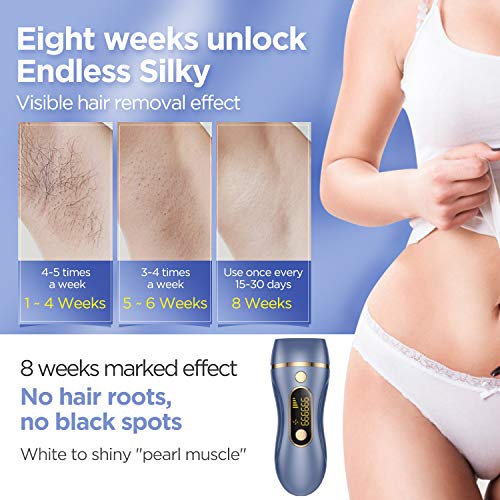 IPL Hair Removal system kit arrived on time and exactly as described! Easy to follow directions with visual cues made it so easy to simply plug in, turn on and get started. Very happy with my purchase.

I've used 15 flashes so far, right on the face, all at level 1 as instructed. My face feels and looks the same as before I started the treatment. No red marks or itch or anything else! During the flash, you feel the bulb quickly heat up as it flashes, but it's not too hot and lasts just as long as the flash.

The counter starts at 999999 and goes down one with each flash. It'll only flash if on your body the right way - if it sees light coming in, it won't flash out. So, basically, it's protected against use as a play toy. The safety glasses are very dark and cut out much of the flash. That being said, after a few flashes, for extra protection, I started closing my eyes as I was pressing the flash button.

999999 sounds like a lot but once you do the math and knowing you'll need to use it a few times a week for eight weeks, I'd say this will do one part of your body per tool. So, if you want to do your face (chin and upper lip) - that'll be one system. Legs, buy another system. And buy another system for your bikini area. It still saves a huge amount of money if you look at how expensive it is to get this treatment done at a salon (plus, with the pandemic - it's just safer to learn how to do this stuff for yourself anyways).

So, with your first machine, decide which part of your body you want to work with and concentrate on that area for the full eight weeks. If there's flashes left once all hair has stopped growing in that area, start on the next area while waiting for your new system to arrive! :)