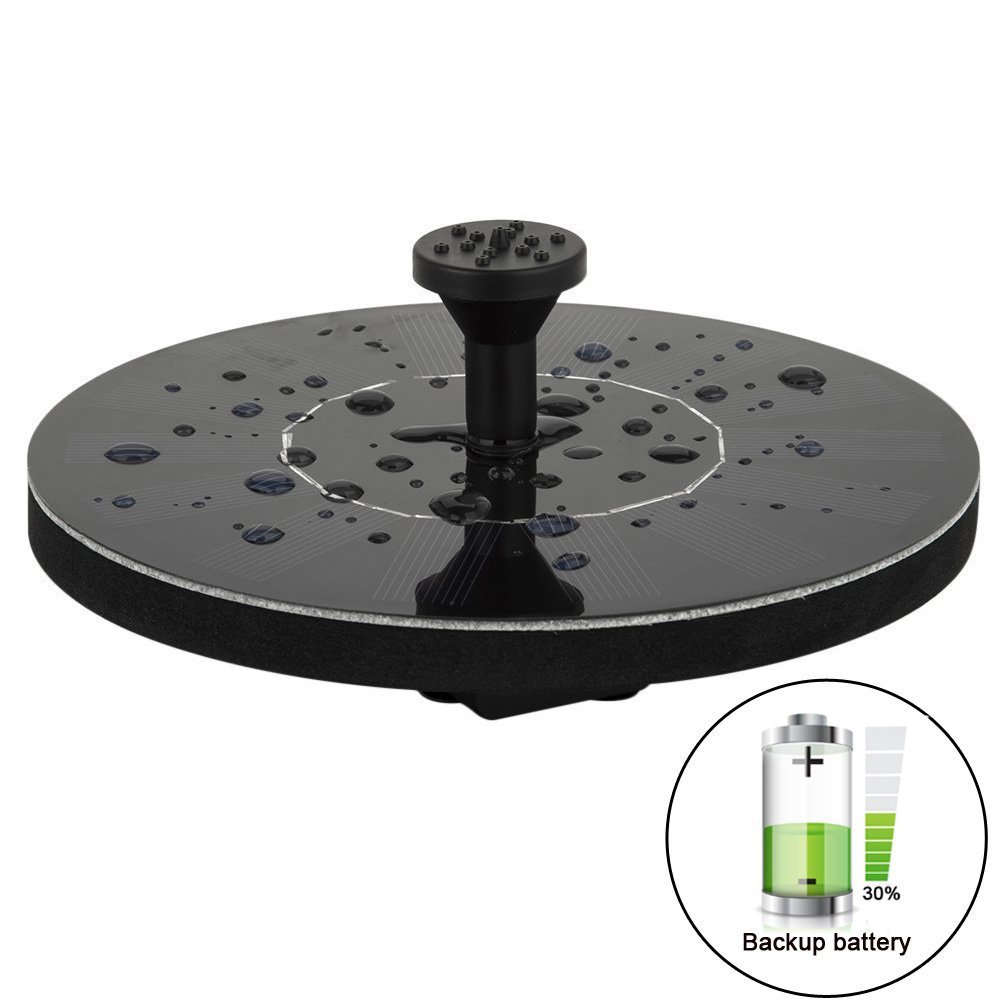 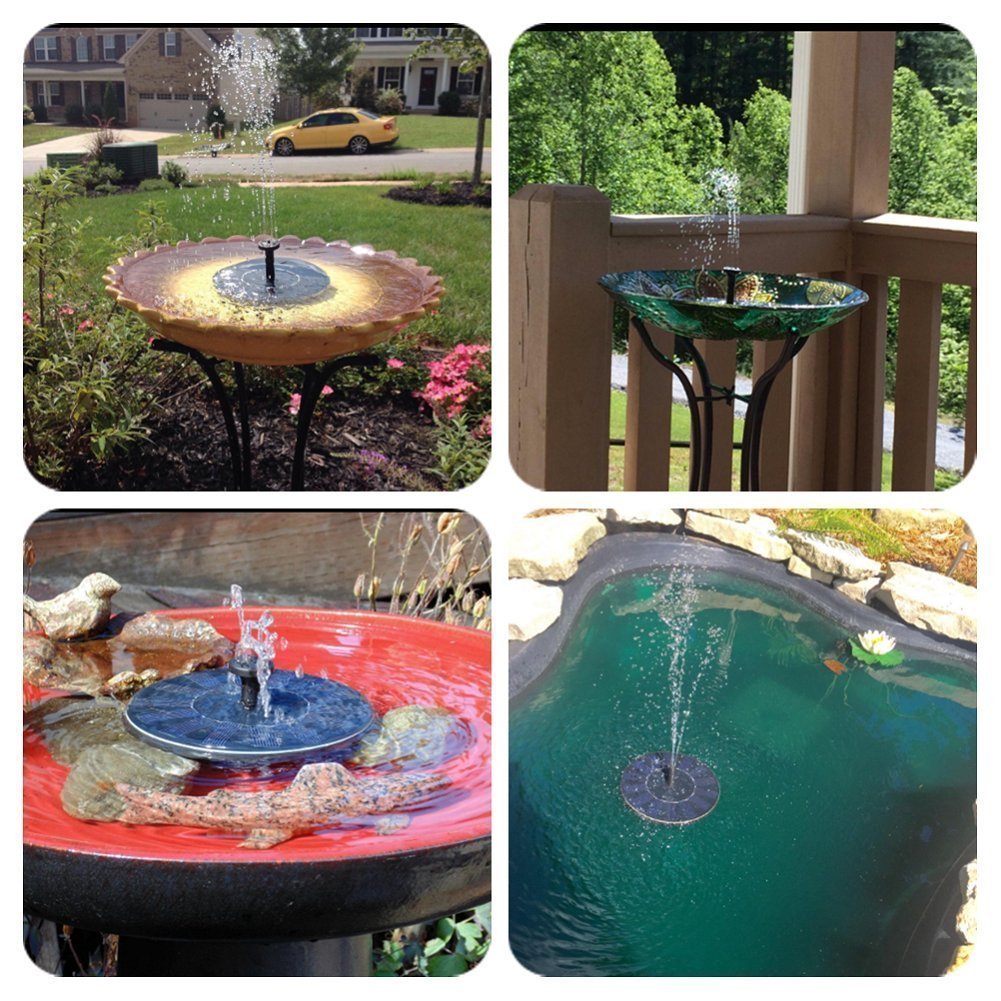 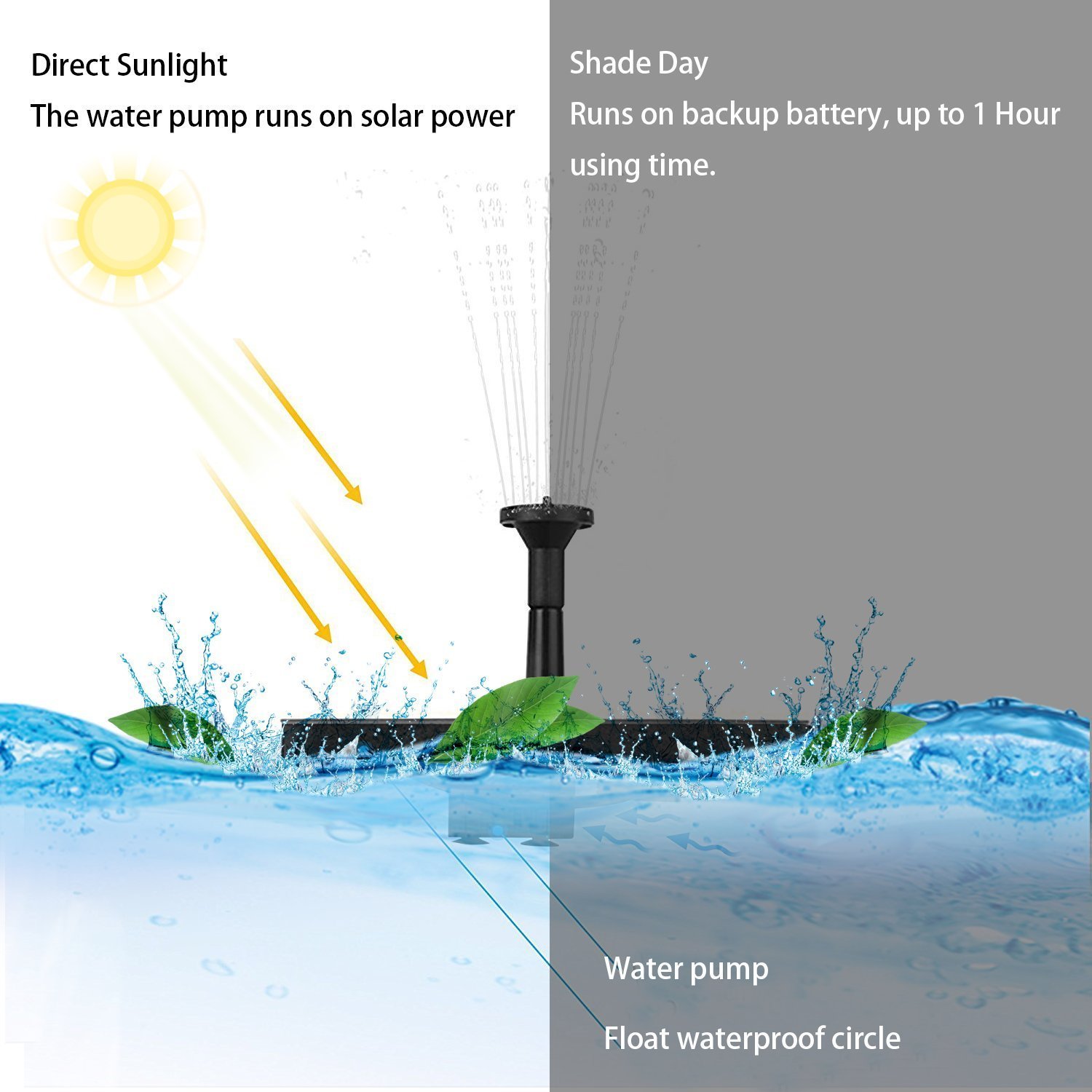 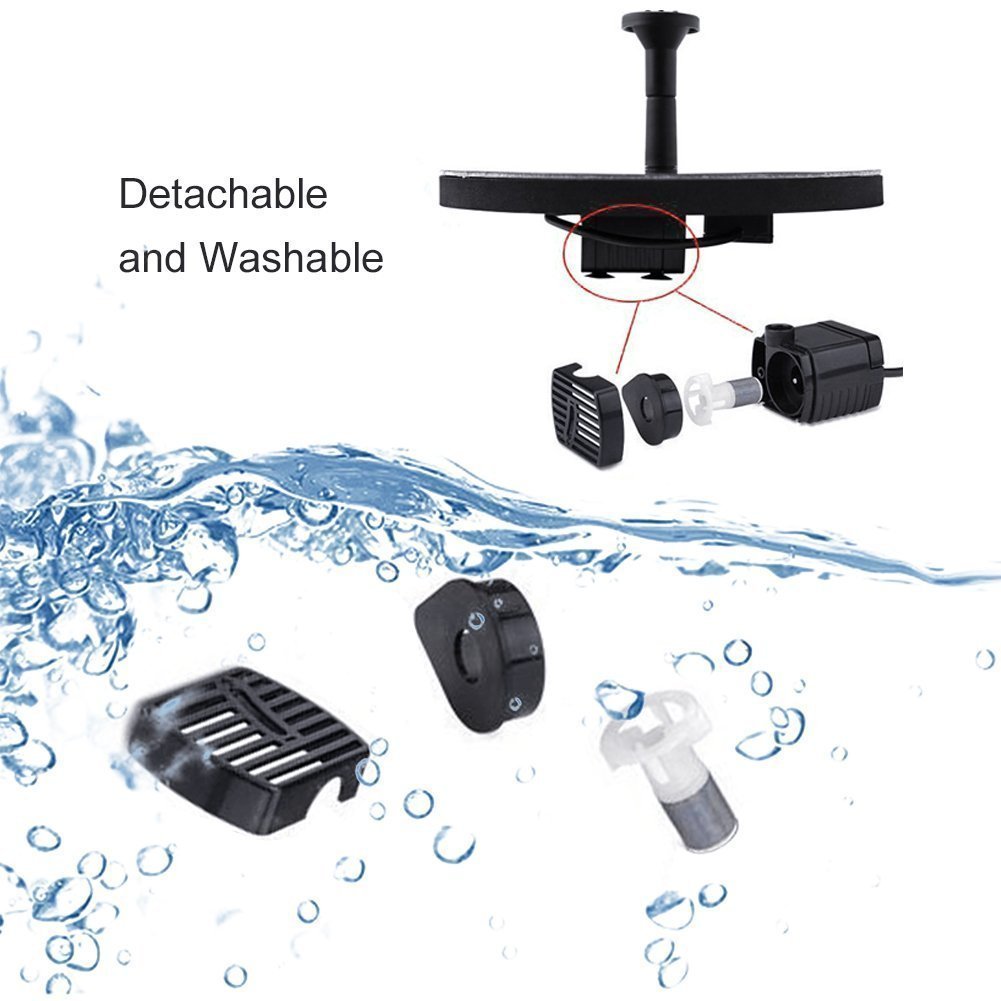 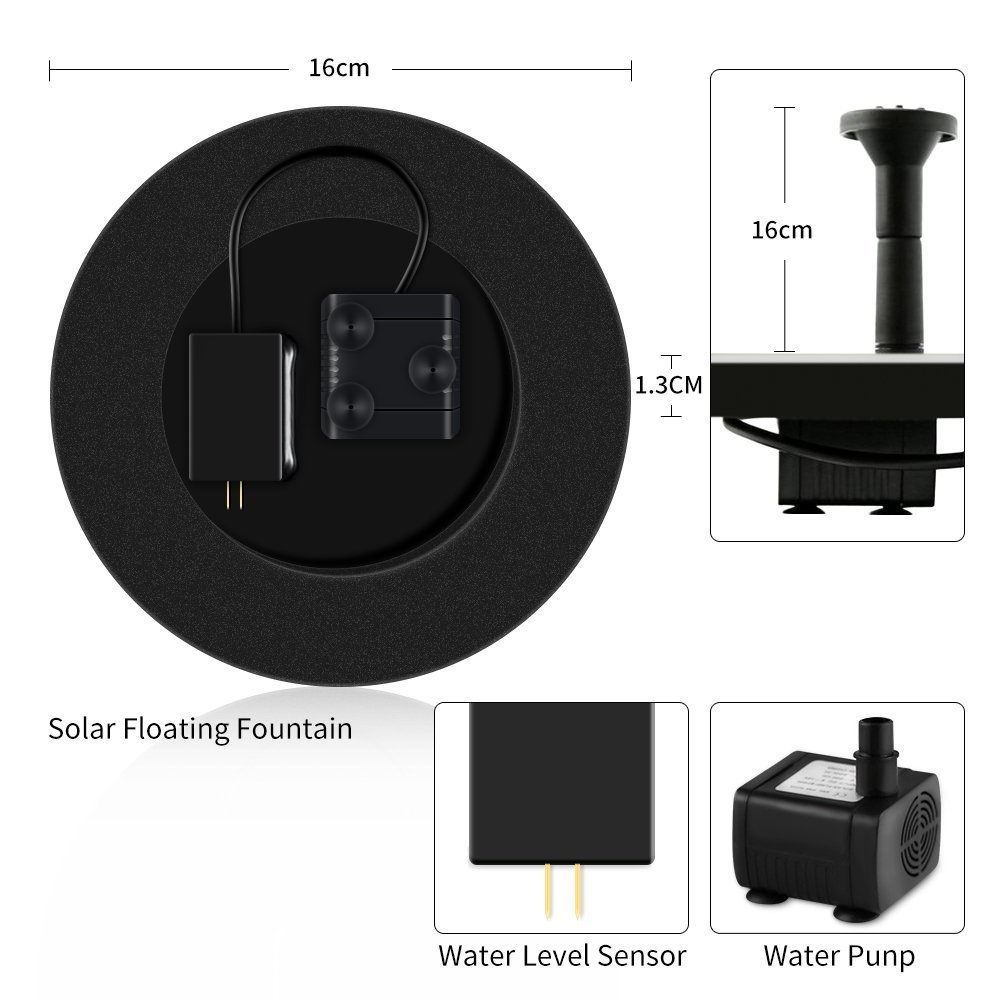 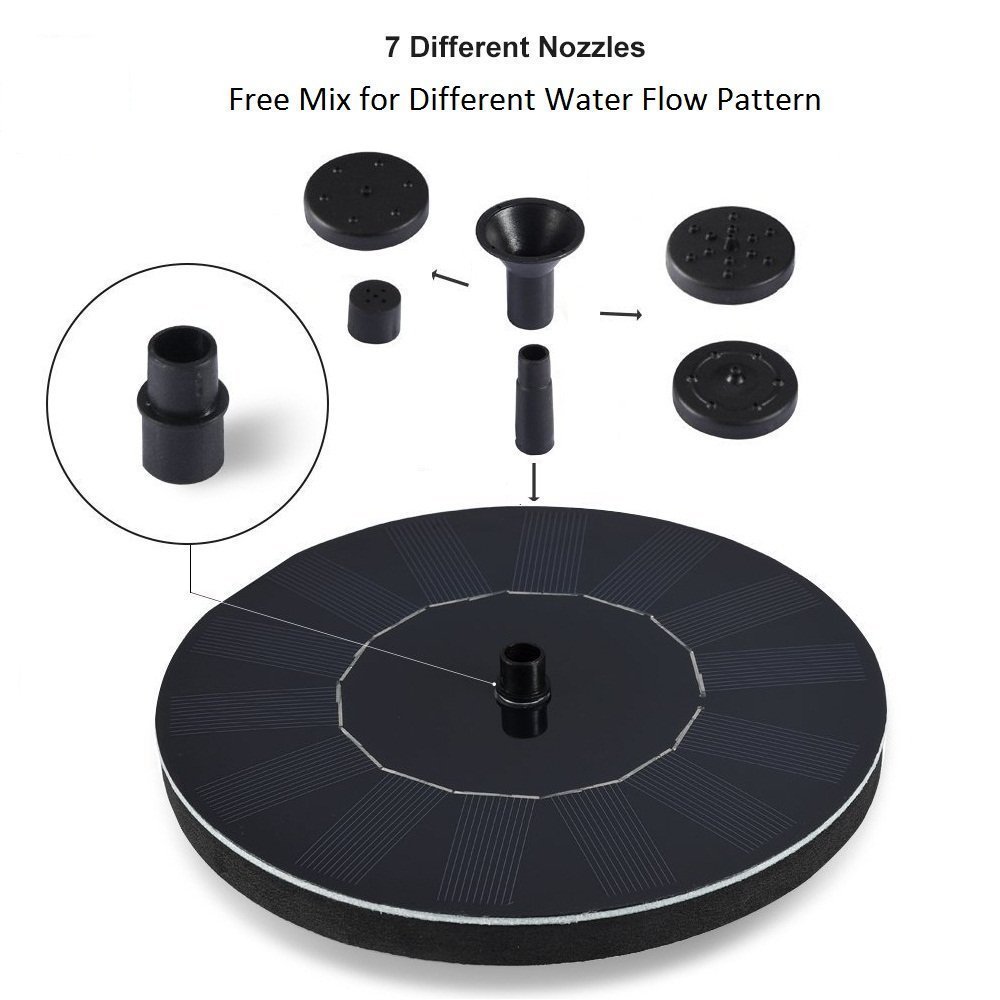 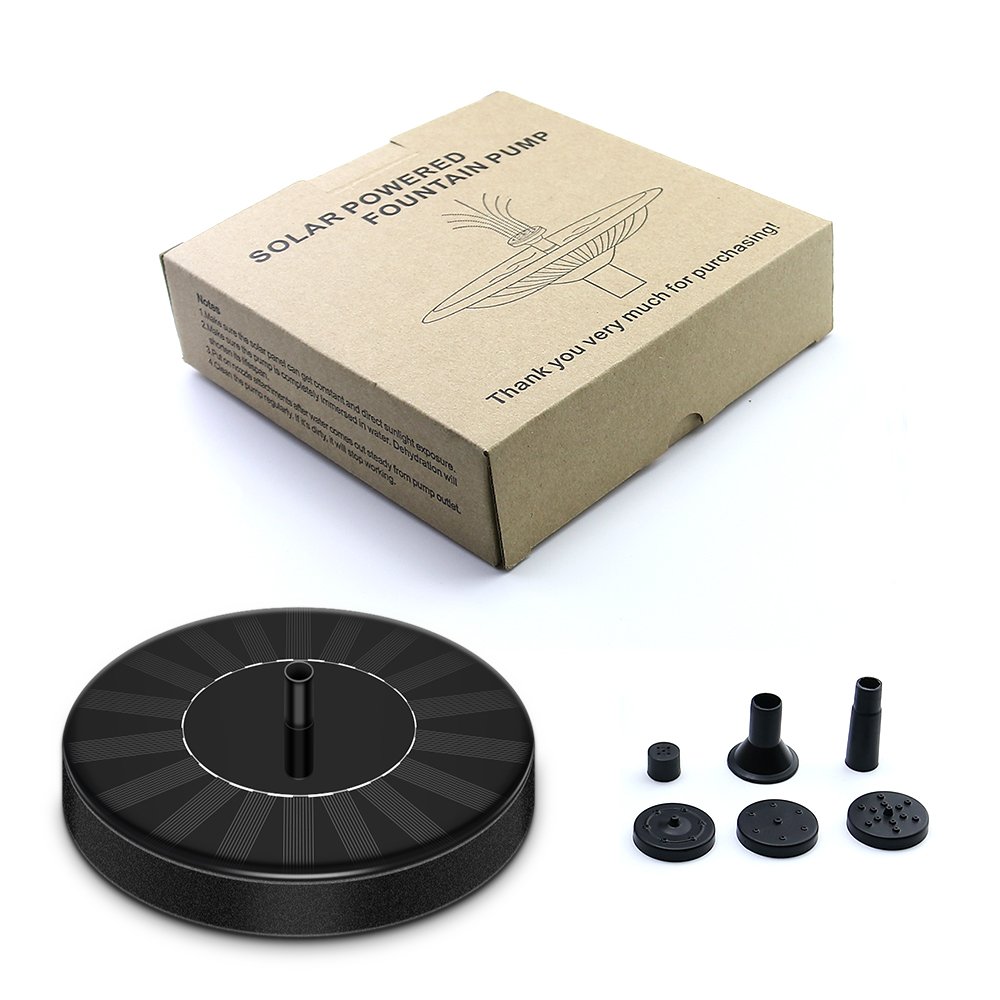 Avg. Rating
4.50 / 5   (4 Reviews)
I cannot decide if I like this fountain or not. I go back and forth with it so far...   The fountain comes in different pieces that you have to assemble before putting it in to water. I wasn't sure if I had assembled it correctly (and quickly learned where I went wrong once I DID put it in my pool), but had the directions with pictures to walk me through it. You get three different types of caps to put on it that control the spray you get out of the top, so I chose one that I thought would look decent with the spray.   I wasn't sure what to think of the parts on the bottom. I was confused by the two metal prongs that stuck out of the side of one piece and worried that I was missing something that needed to be put on to protect them. But I couldn't find anything missing and read through the directions a few times, finally deciding I would just put it in the pool and see what happened. So I did. And I was amazed to see it start bubbling and oozing water out the top immediately upon being placed in the water. Then I found where I went wrong on assembling because it popped the top cap right off in to the pool and just gushed water out. I had to fish everything out and try again. Be sure you snap everything down in to place tightly so you don't have pieces floating around the pool after it blasts it apart. But once I got it all snapped back together and in the water it gave me a nice fountain. I was actually quite impressed by the fountain I had going.   As for why I am not entirely sure, though? Day 2 I went out to look at it and couldn't find it anywhere in the pool. I looked all over thinking maybe our pool guy had taken it out or one of the kids moved it. But no. Nothing. I discovered it in the side of the pool in the recess where the basket is that allows me to dump all of the leaves and stuff that collect in the pool. I have had to fish it out of this recessed area numerous times now. And every time I take it out, it doesn't work. I thought perhaps it hadn't gotten enough solar power, so pushed it to the sun again, but no luck. I recalled the directions saying to take it out of the water, put it in the shade awhile, then put it back in the pool if it stopped working, so tried that. And it worked. But it doesn't seem to be as good of a fountain as it was initially. Each time I do this it seems to be lower than previously, without the same fountain power as it had the first day.   One time fished it out and tossed it back in to the water I knocked the bottom portion off entirely. I had to once again fish it out, reassemble, and then wait for it to sit in the shade again before putting it back in the pool. But it worked again, though a little lower. Just use caution when putting it in your pool. Don't toss it in or you will knock it apart. Be sure to set it in and let it start working on its own.   Because I have had to fish it out and "reset" it daily, I am not happy. But each time I have put it back, it HAS worked. So I have mixed thoughts on it so far. I love the look when it is working and would love to put a few more floating in the pool. It would be even better with lighting. But I don't want to have to keep taking them out and putting them back in. So I don't know.   #RankBoosterReview #sponsored #luxjet #solar #solarfountain #fountain #luxjetsolarfountain
Get yours here: https://amzn.to/2tef16R 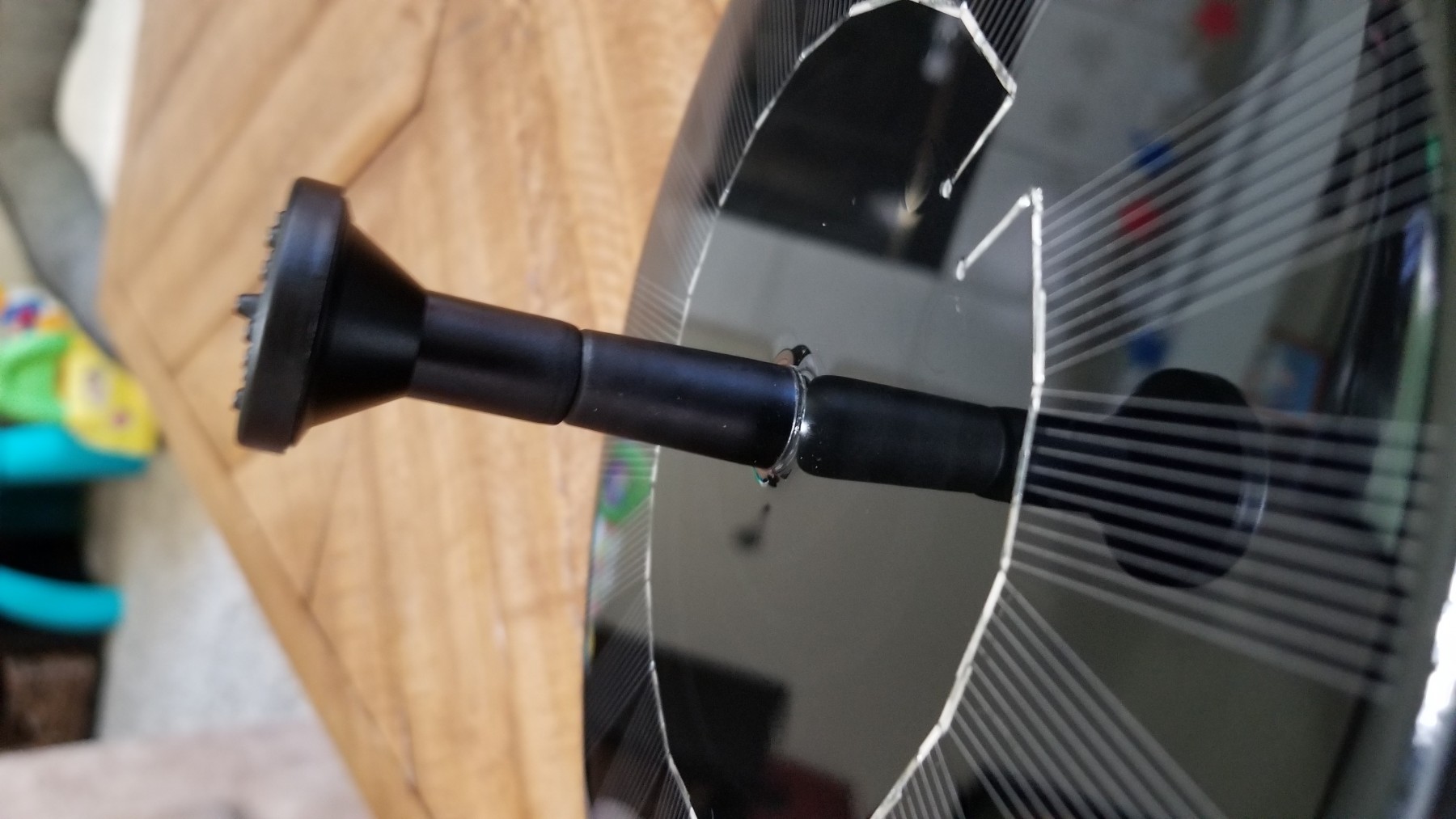 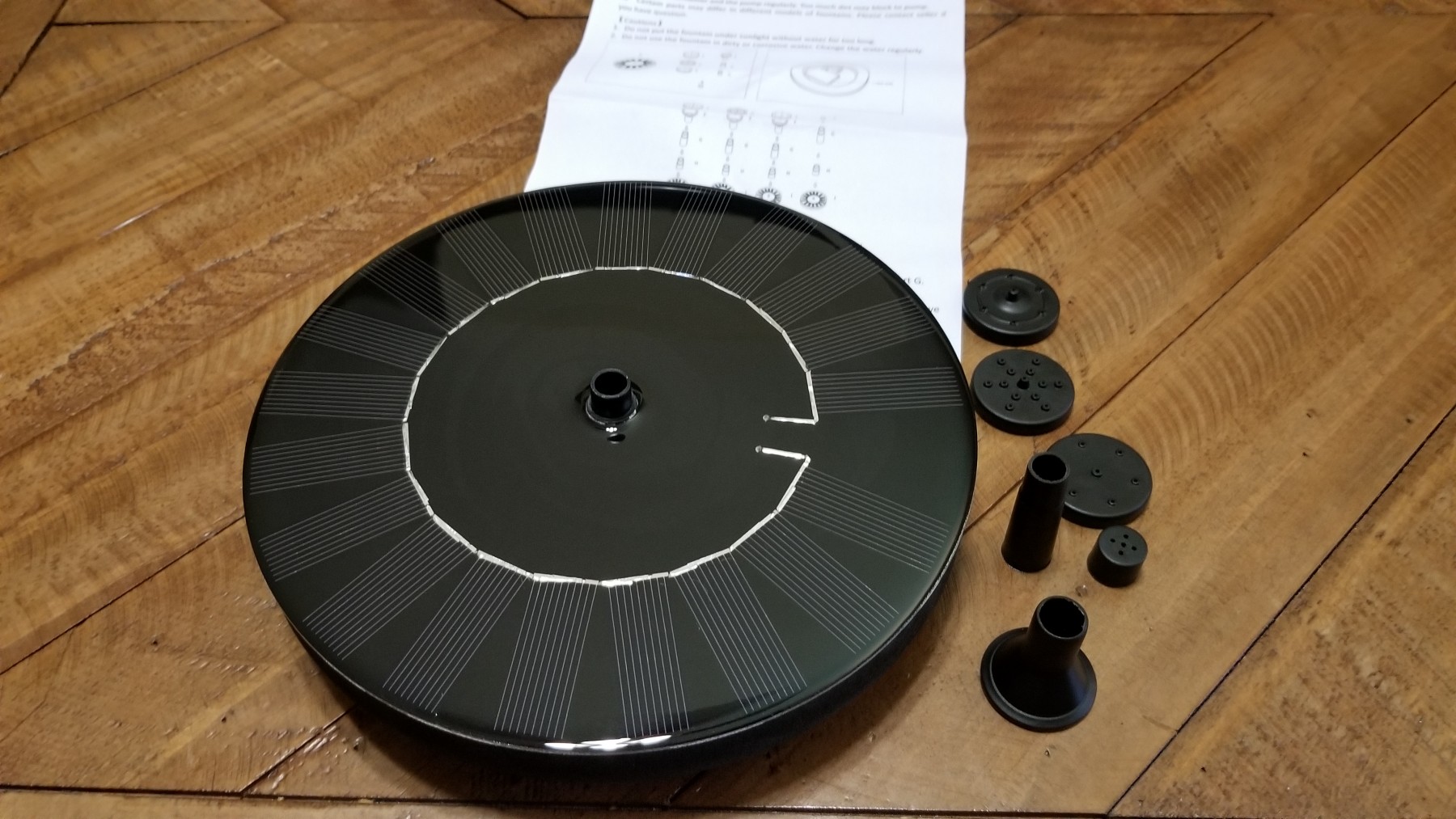 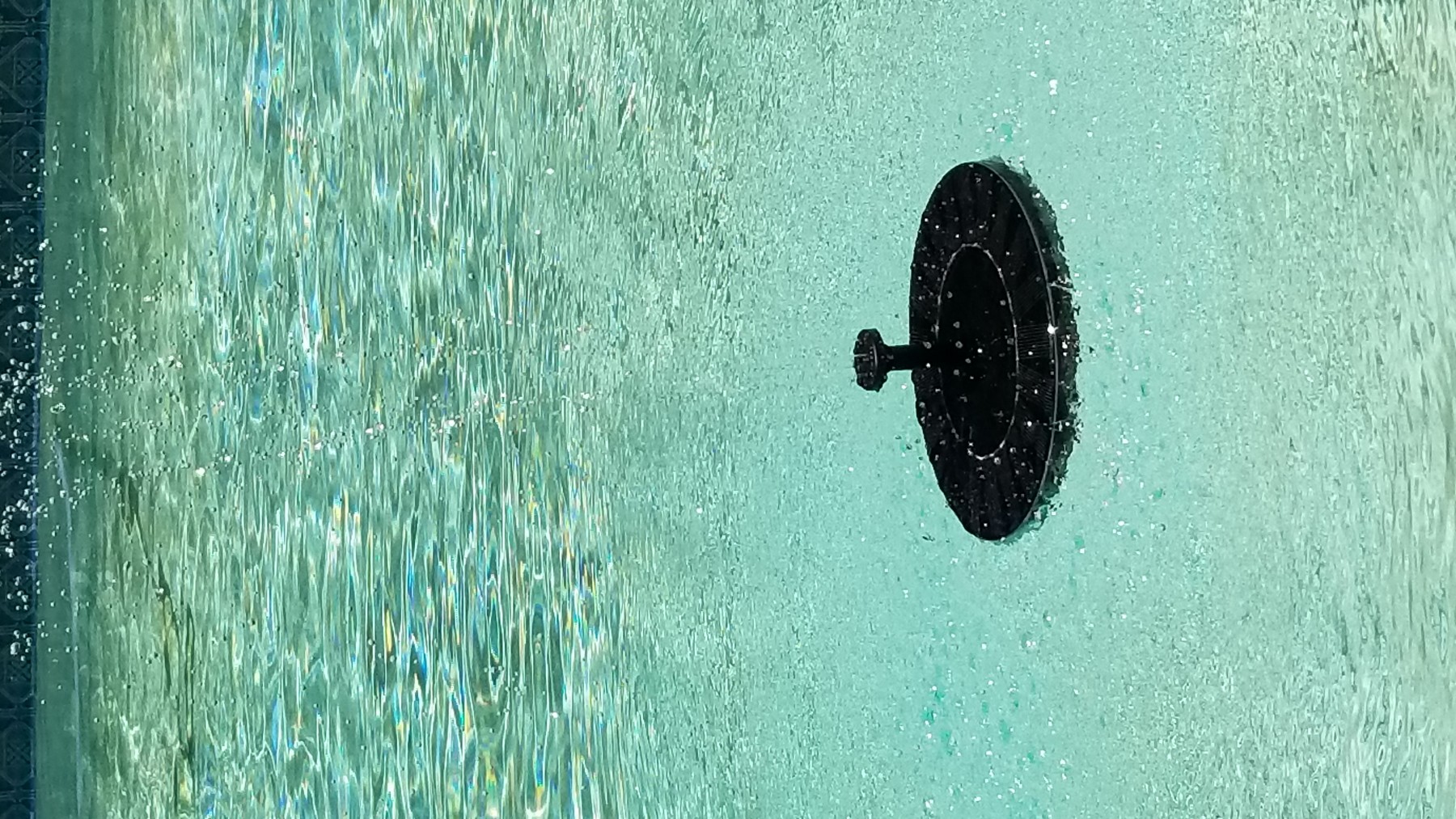 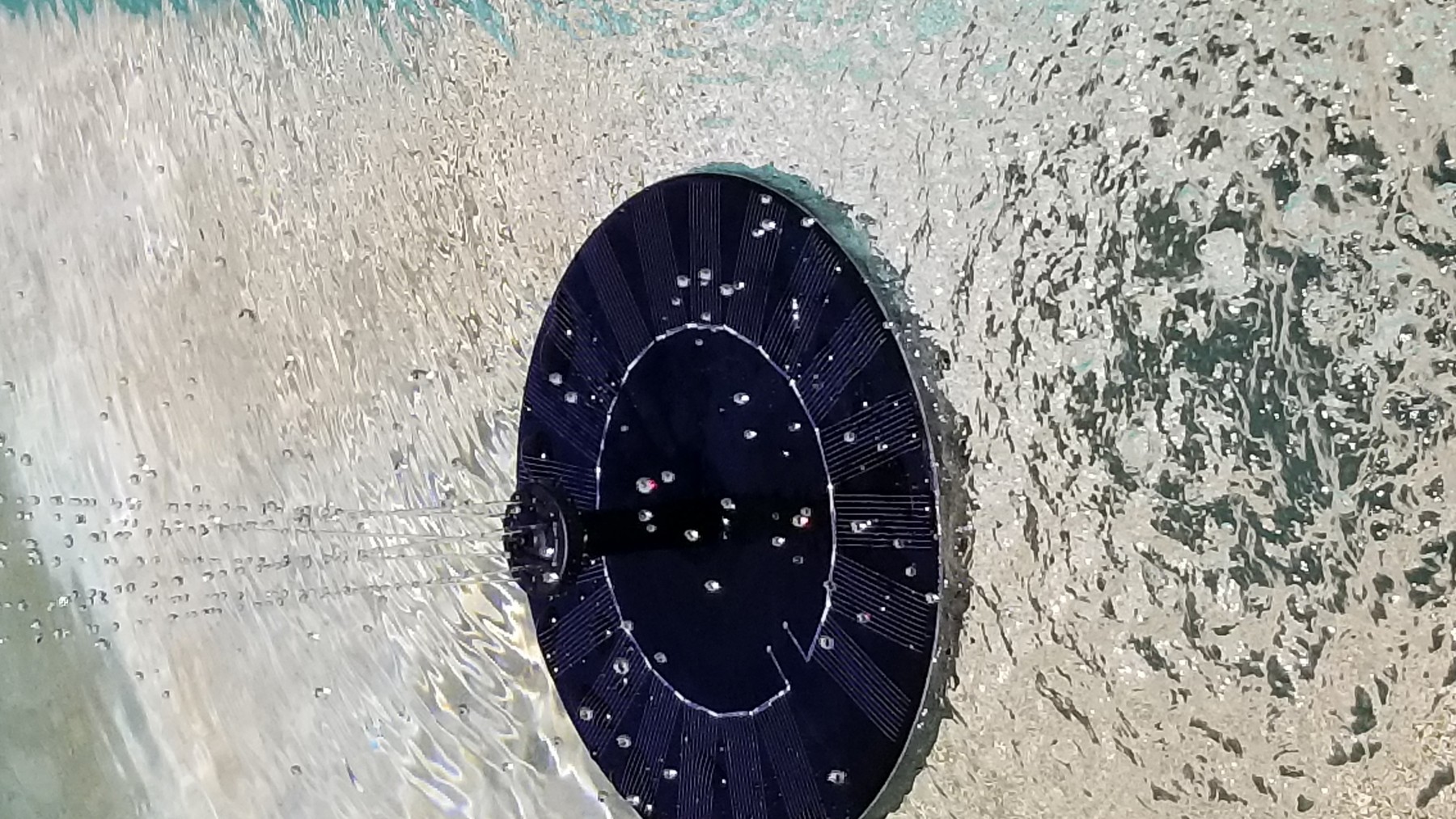