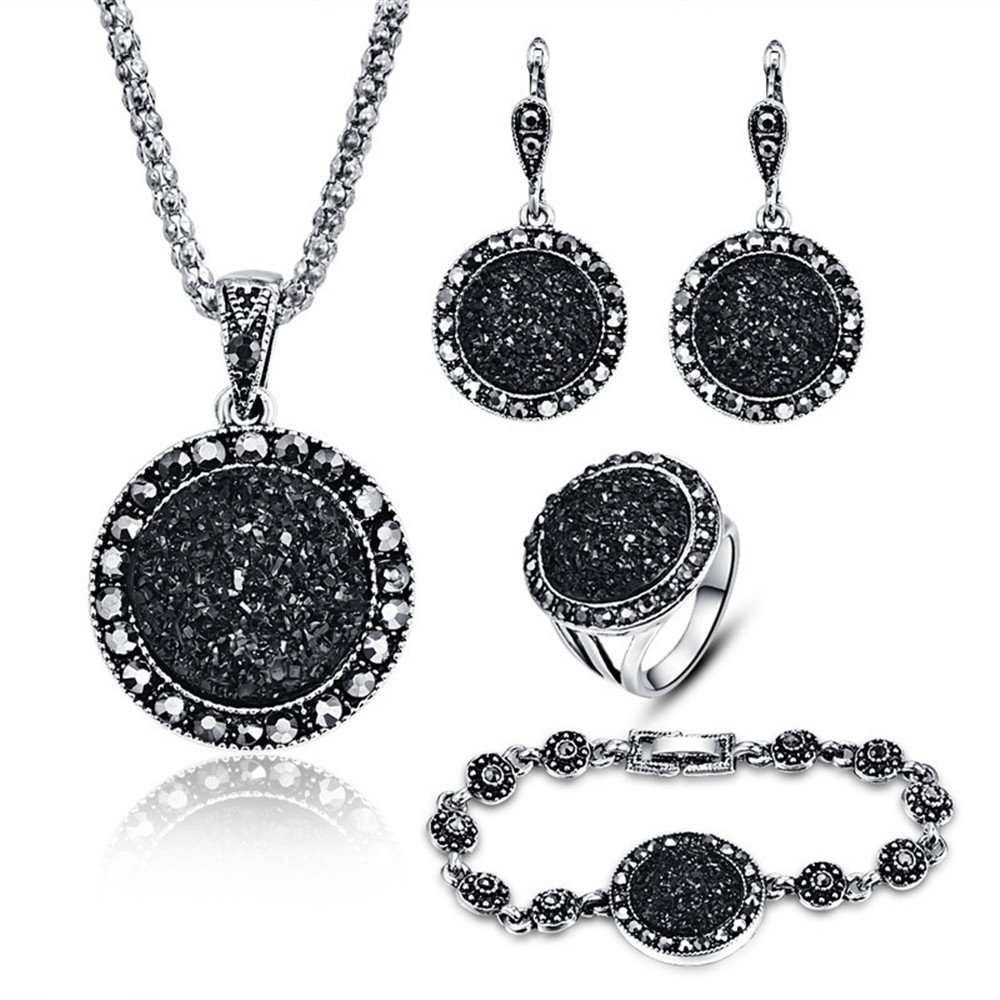 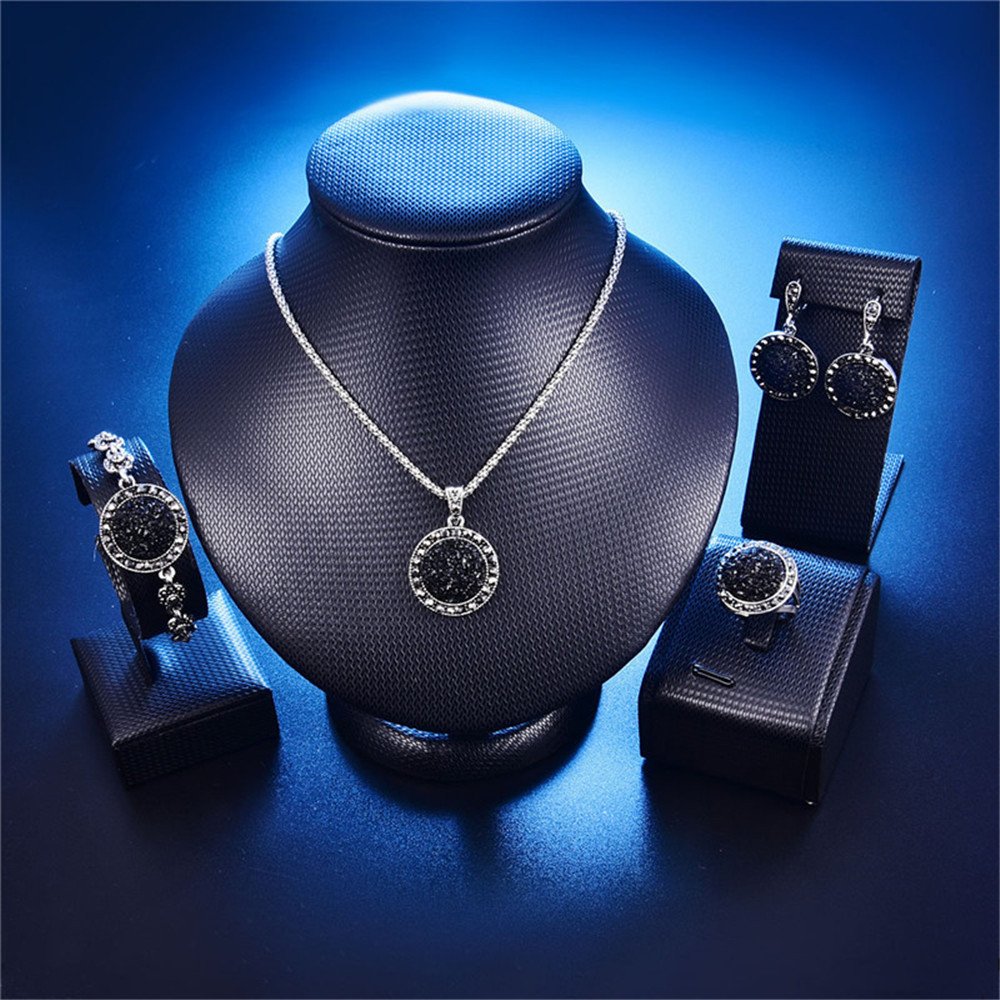 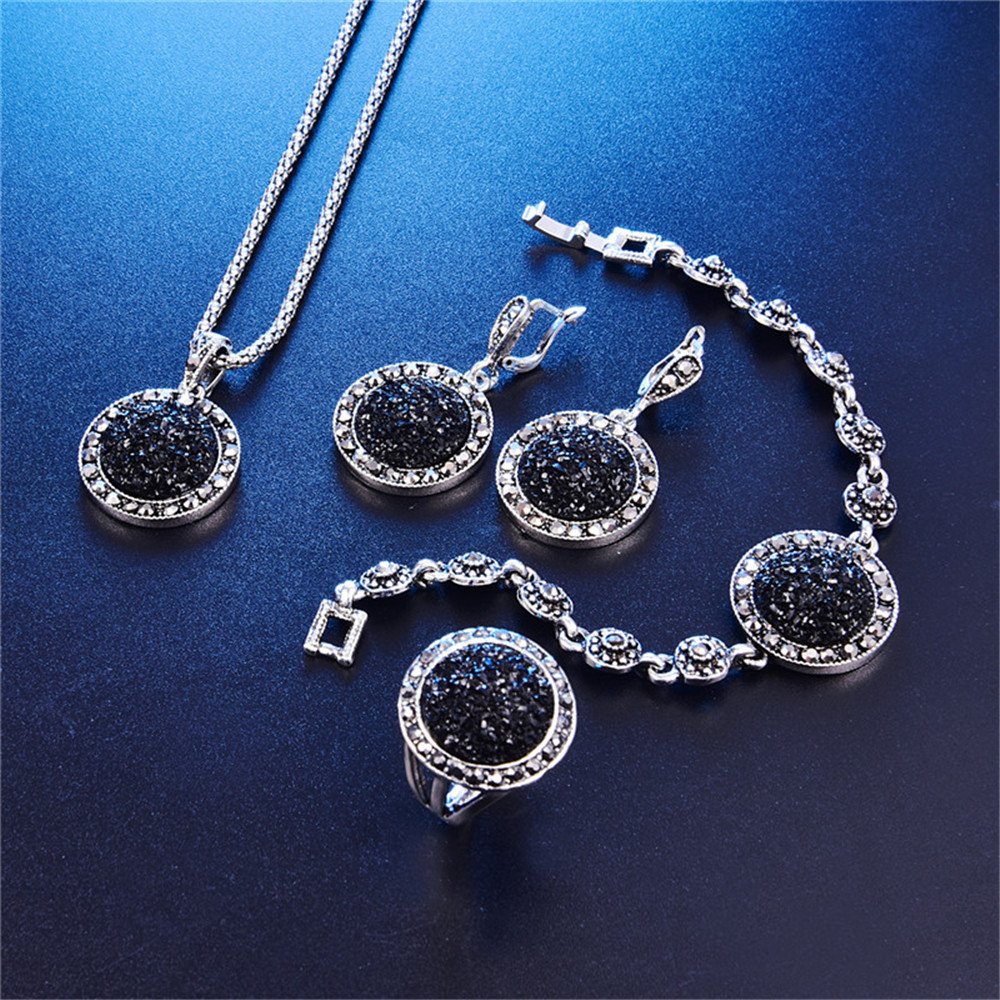 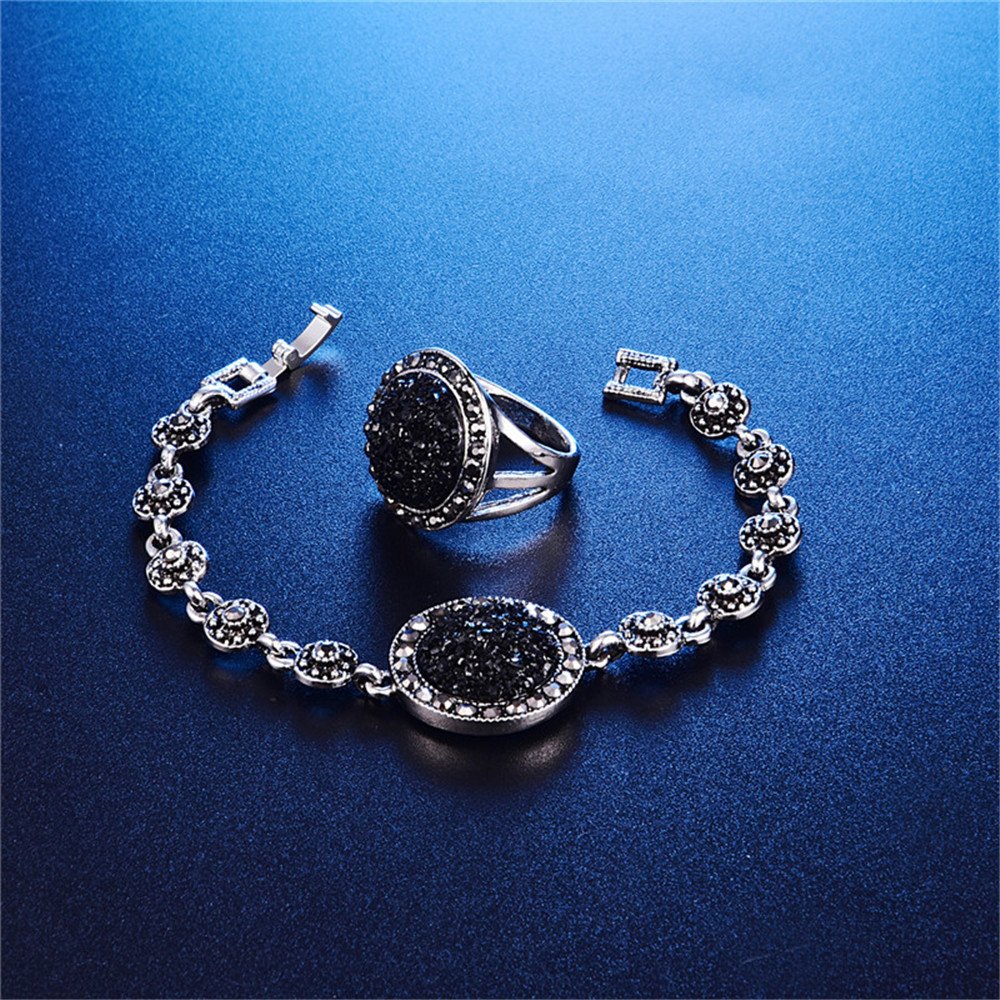 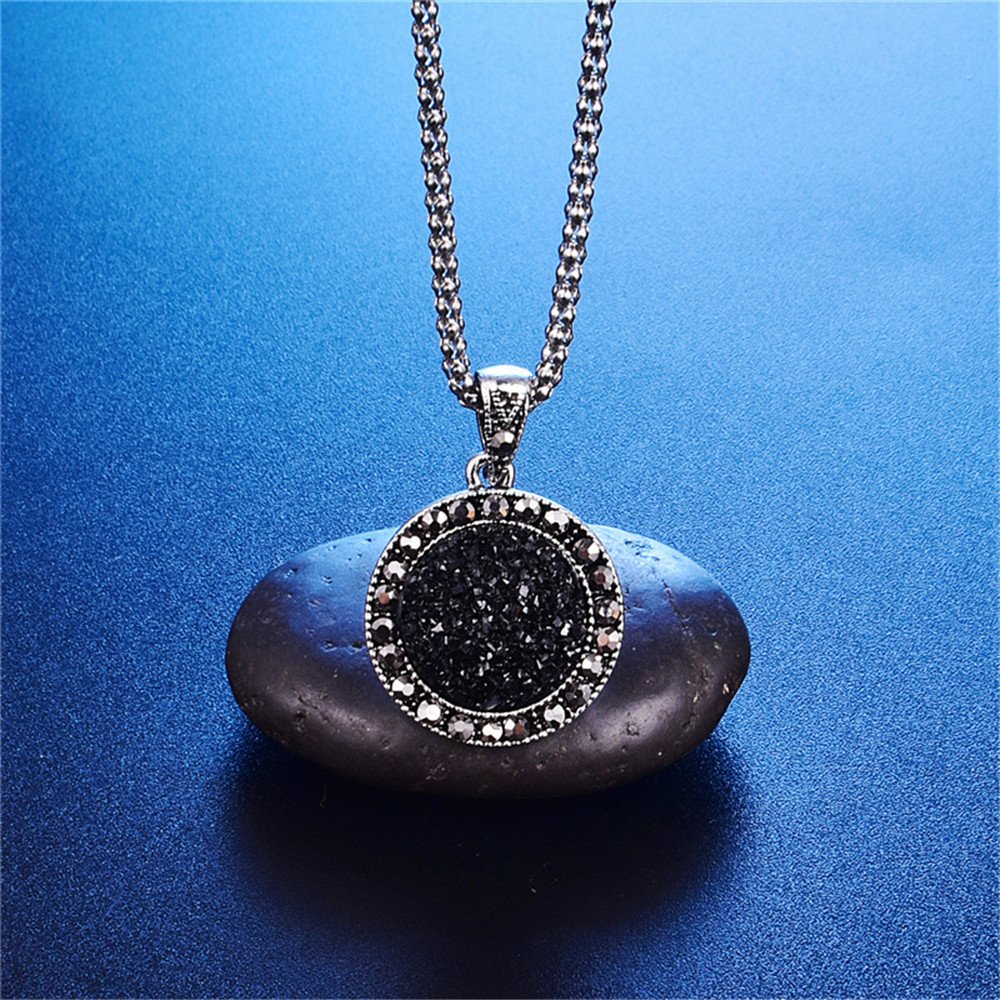 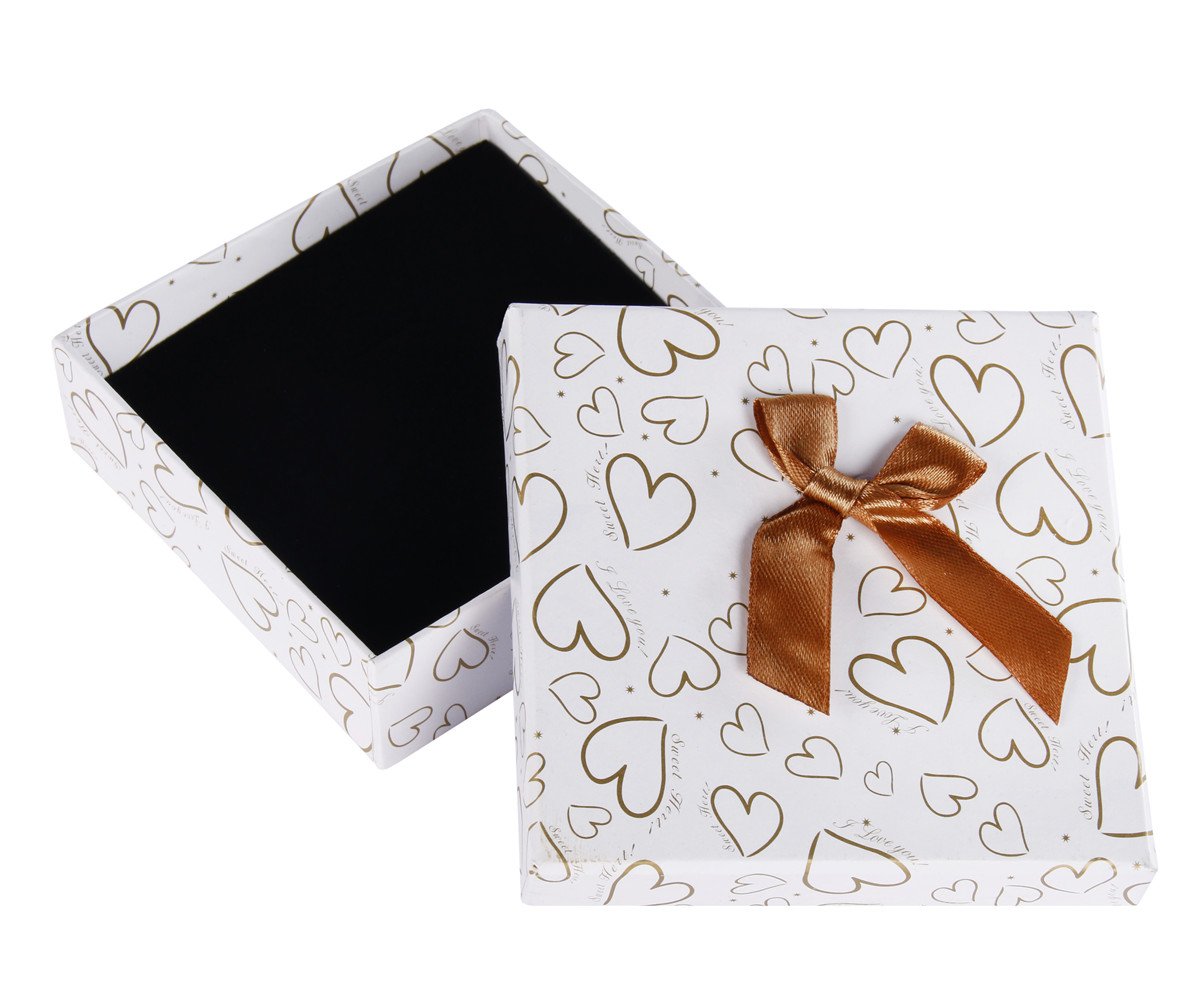 This Jewelry set from Luyuan Jewelry is exactly what I expected and generally it is a very pretty set with large pieces which suit a heavier build nicely. The packaging for the product came undamaged and the jewelry set came in a cream-colored box with a cream colored fabric bow, which was a nice touch as it would be easy to wrap or use as a gift as it. The pieces were held steady in a black foam bed, although I will say that the ring came loose from the foam and was just sort of bouncing around in the box.

This set comes with a bracelet, a ring, a necklace, and a pair of earrings. Each of the pendants in this particular set were roughly the same size, which makes them a bit heavy as a ring or earrings but they still look quite pretty. The band on the bracelet was rather small, however, and it would be difficult to put on unassisted. The necklace chain is also on the short side; I am likely to add a chain extension as I prefer my necklaces to sit a bit lower.

This piece has some really lovely aspects. I like the black and white color scheme, as it can pair with almost any formal outfit although I would probably not use this set for every day use. The ring is a bit too big for my taste, so I am unlikely to use it, but it is still a pretty ring that matches the rest of the set well. Each of the pieces match well and the design is consistent across all four of the pieces of the set. In addition, the black stones have a nice shine to it and that is complemented nicely by the white on the outside of each piece.

As for cons to this jewelry set, the biggest one for me was are the size of the necklace chain and the bracelet. The pieces are also rather bulky and probably not suitable for daily use. I definitely think they would favor a curvy person over someone with a slight figure as the large pieces would seem a bit too much. I would overall give this set a 3 out of 5 stars. While it is pretty and a sturdy design, you really need the right figure to pull this off and the pieces are a bit clunky and heavy compared to how they appear in the image. Still, with the right figure and the right outfit, this set could certainly allow you to shine. 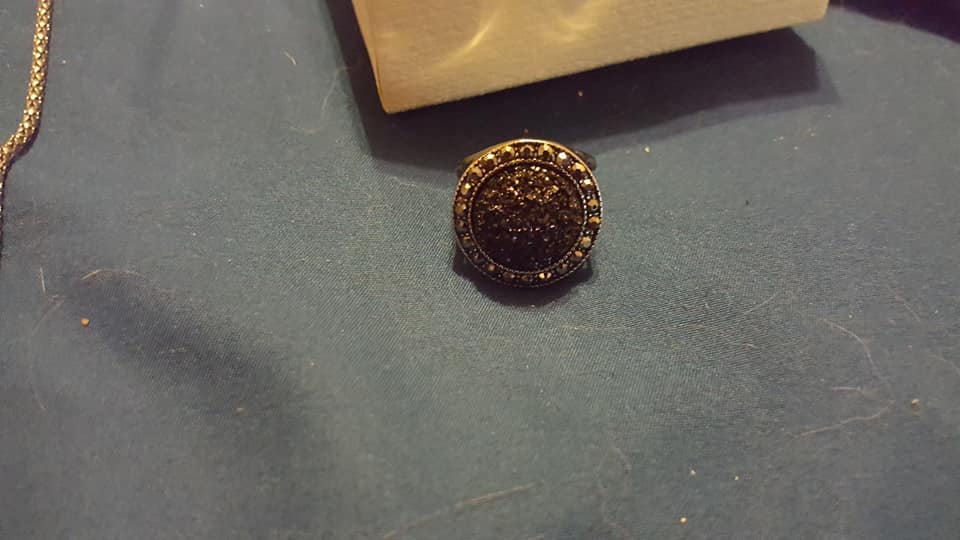 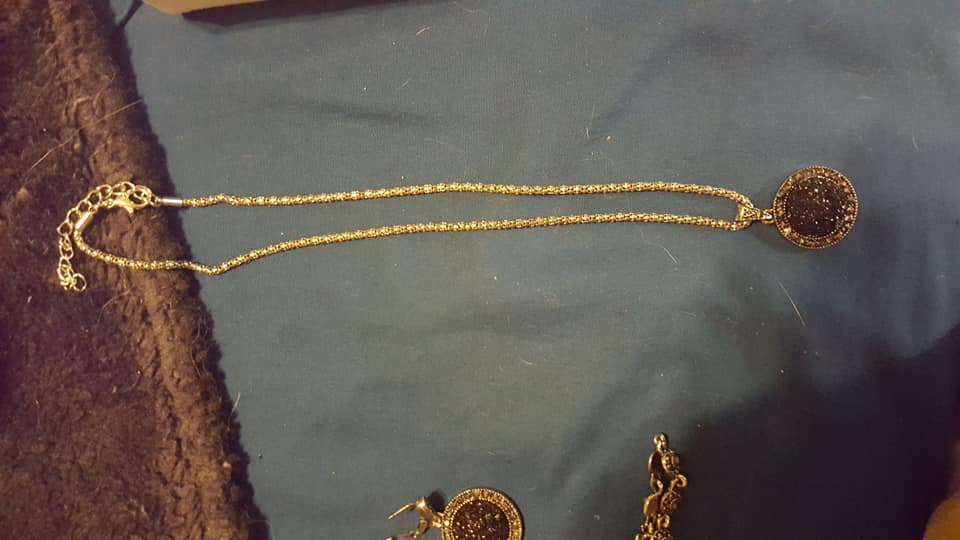 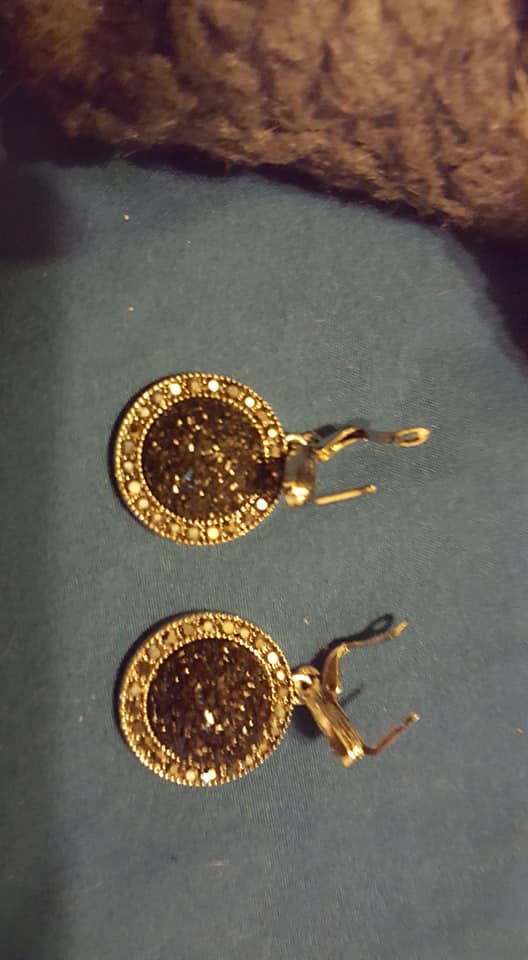 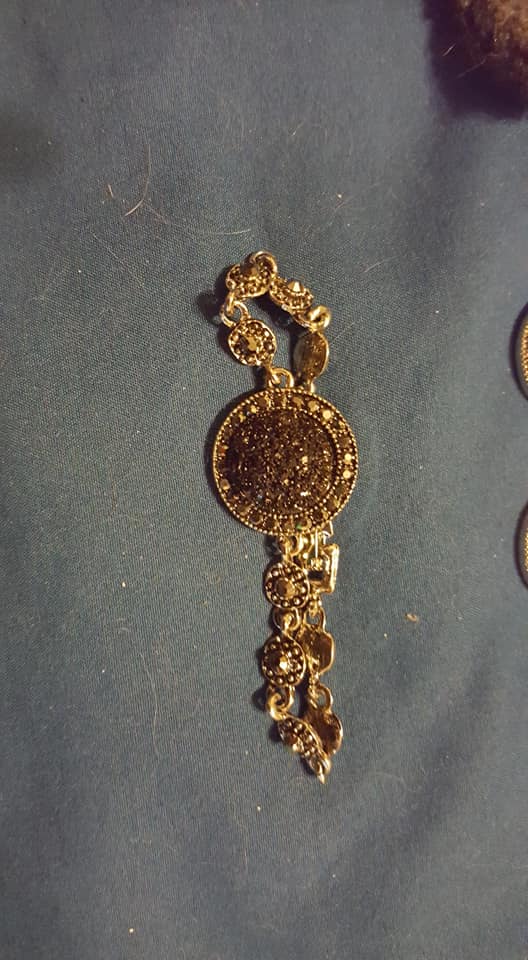