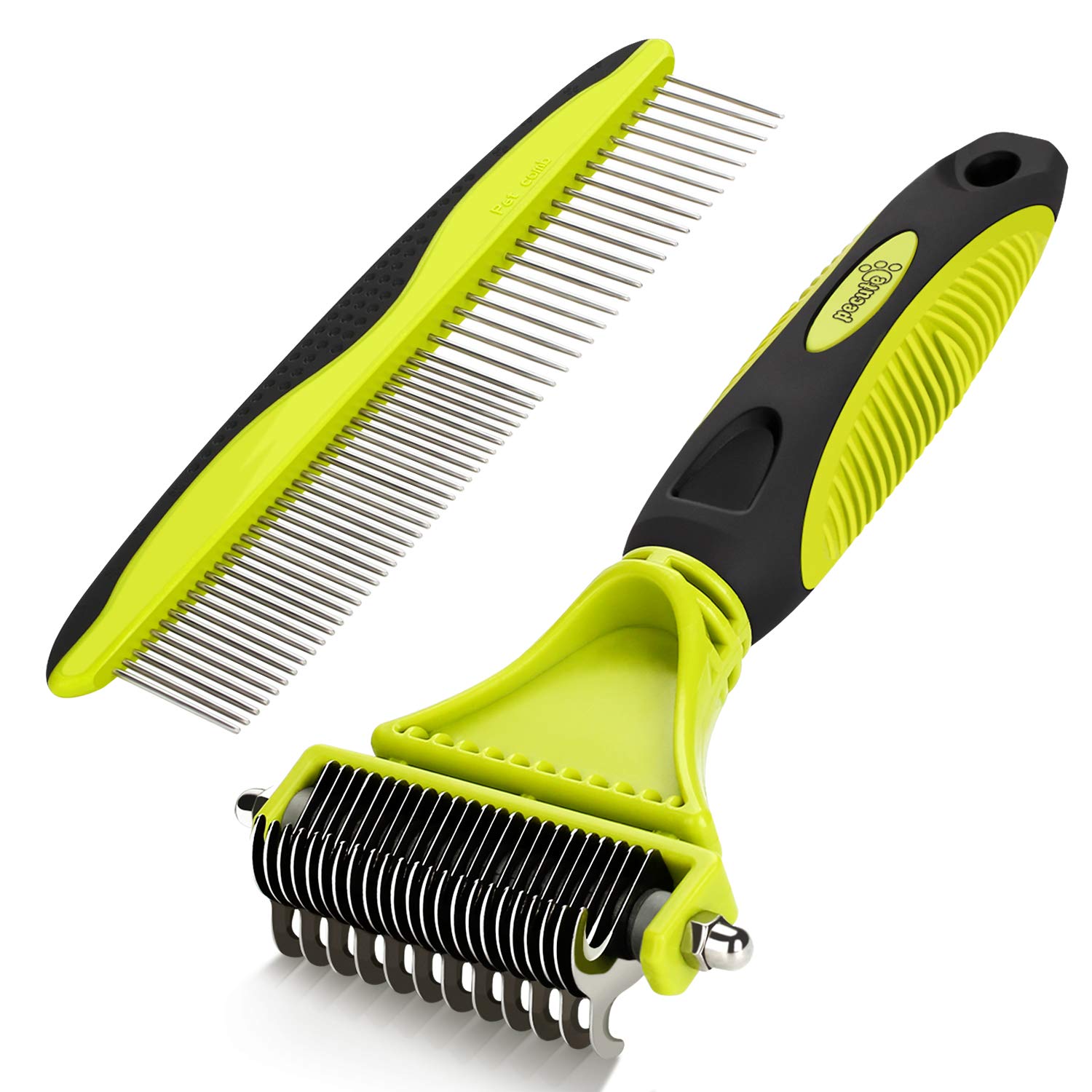 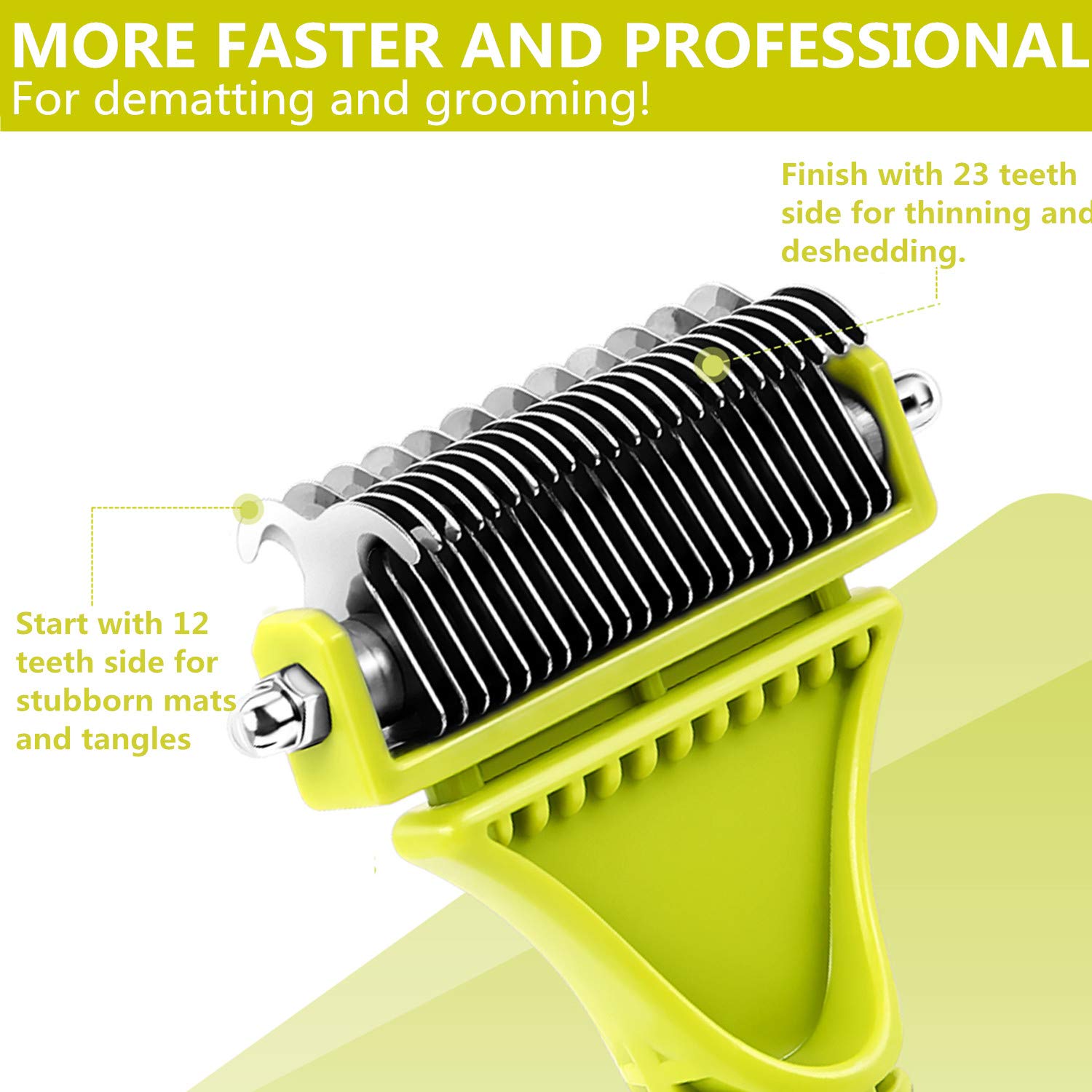 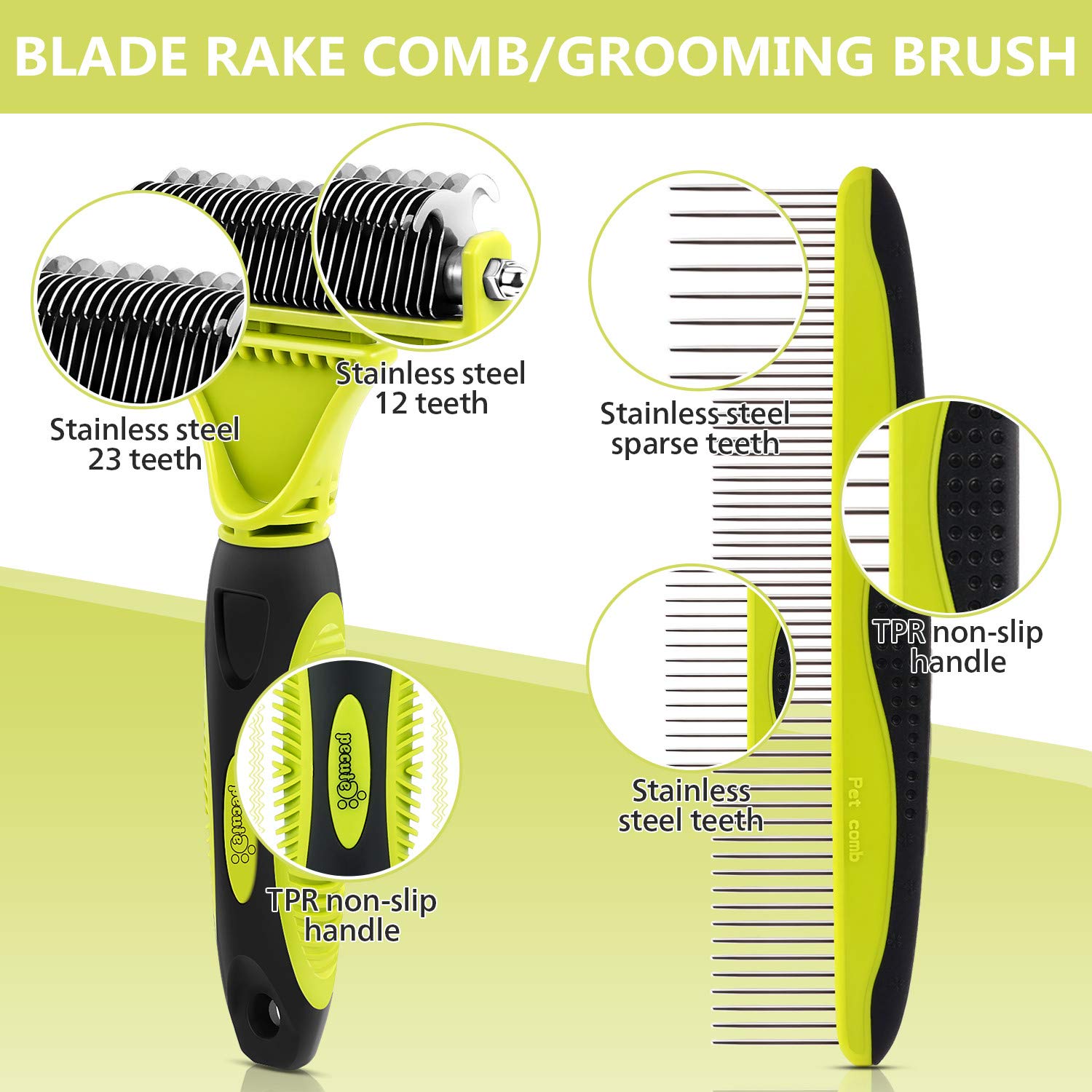 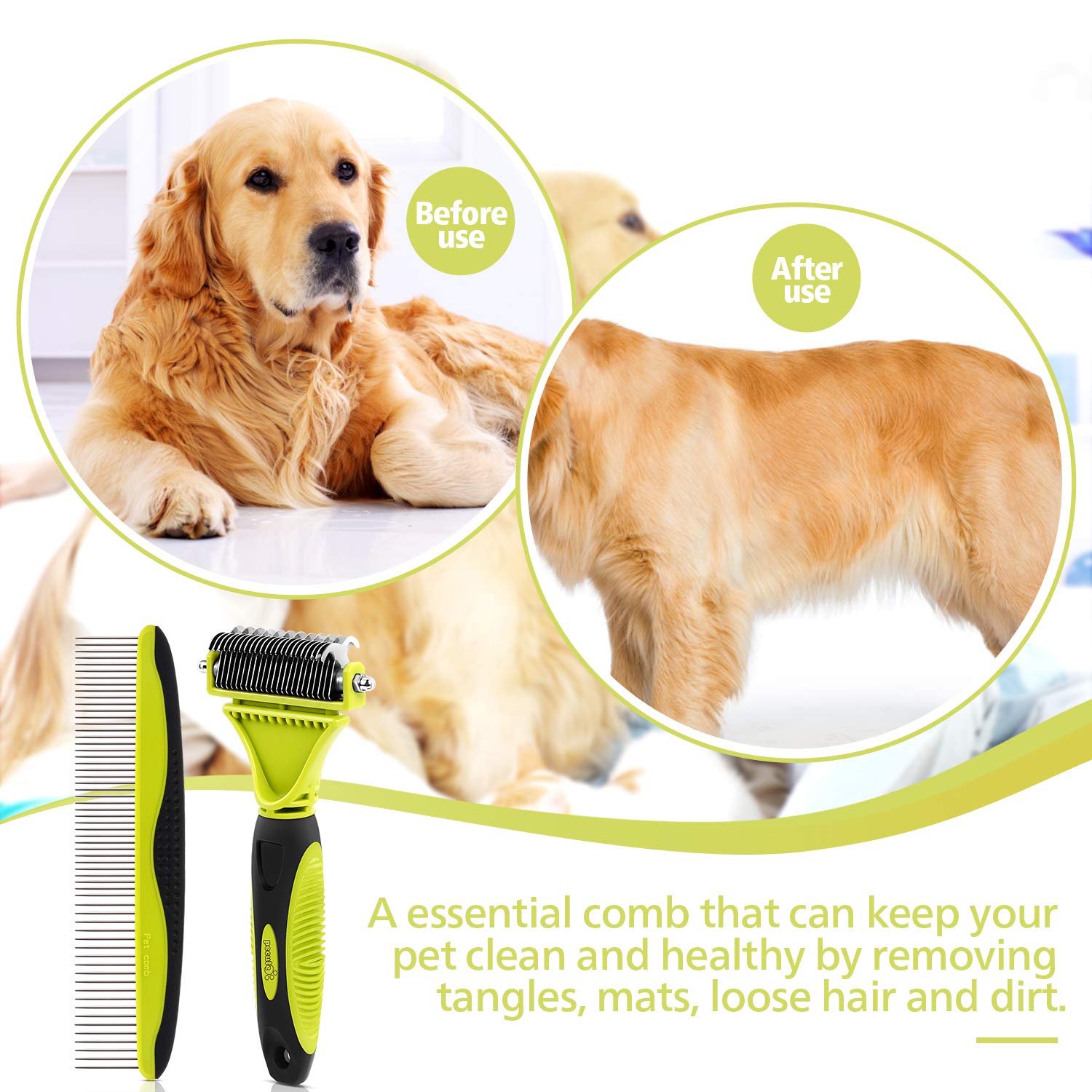 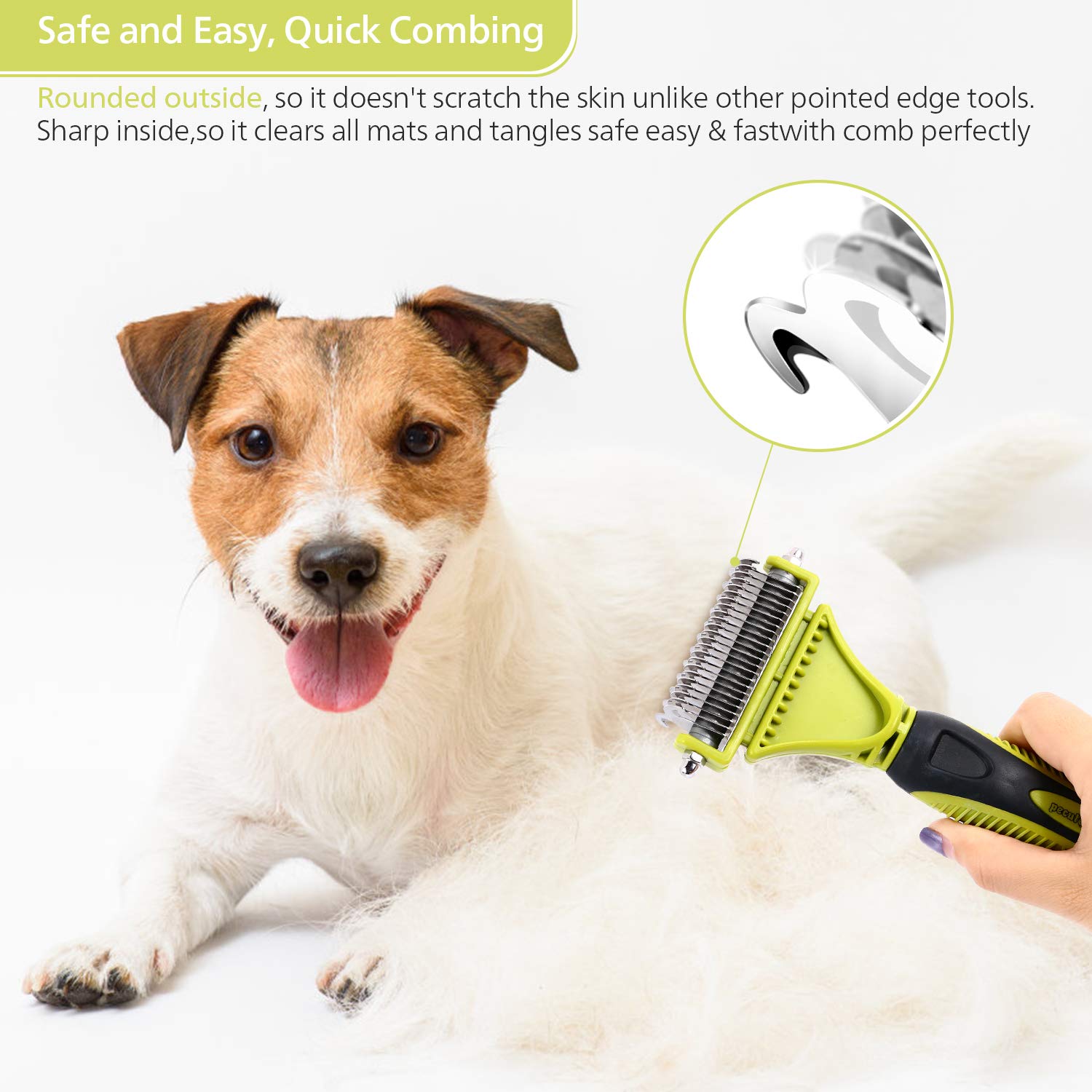 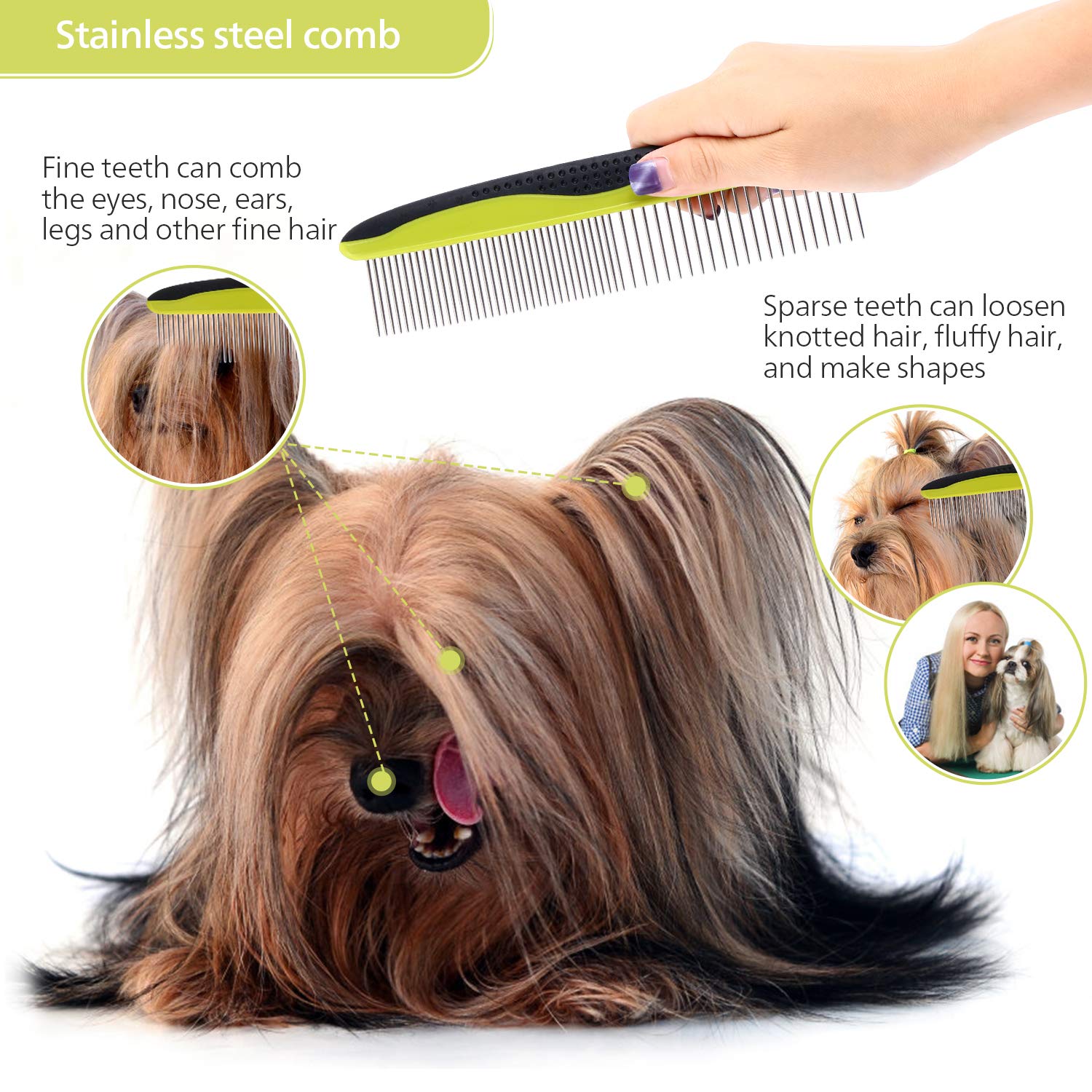 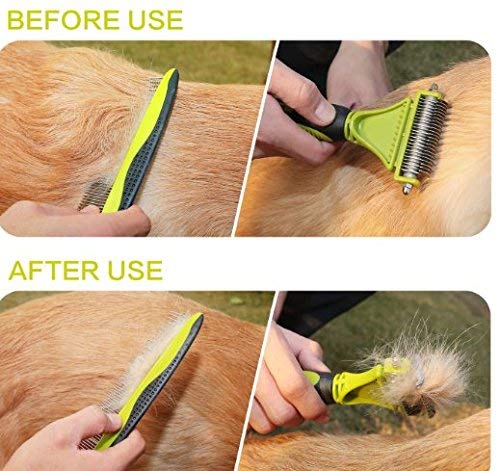 So I got this for my brothers cat (or maybe she's mine at this point with how much she's attached to me) because she is getting mats on her hair. One spot is pretty bad and will need to get shaved but she also has some smaller ones starting up and so I wanted to get this to try to get the smaller mats out and also in the future to prevent them from getting as bad as the big one got.

So, when I got this today I went to try it on her and at she did seem confused since dosen't get brushed often. Once the inital confusion setteled down she didn't seem to mine the comb and pretty gentle as well. After combing a little bit I tried to dematting tool on the spot that had a few small mats and it seemed to pull them out based on the clumb of hair that came out. I had to use a little force but she didn't seem to mind and it didn't appear to hurt her at all.

The tools feel really well made as well and does not feel cheap. The grip is solid as well so it dosen't fly out of your hand either. Overall I'm pretty pleased with this and as her shair starts growing back after getting the big one shaved I will be keeping this just in case she starts to get more later on.