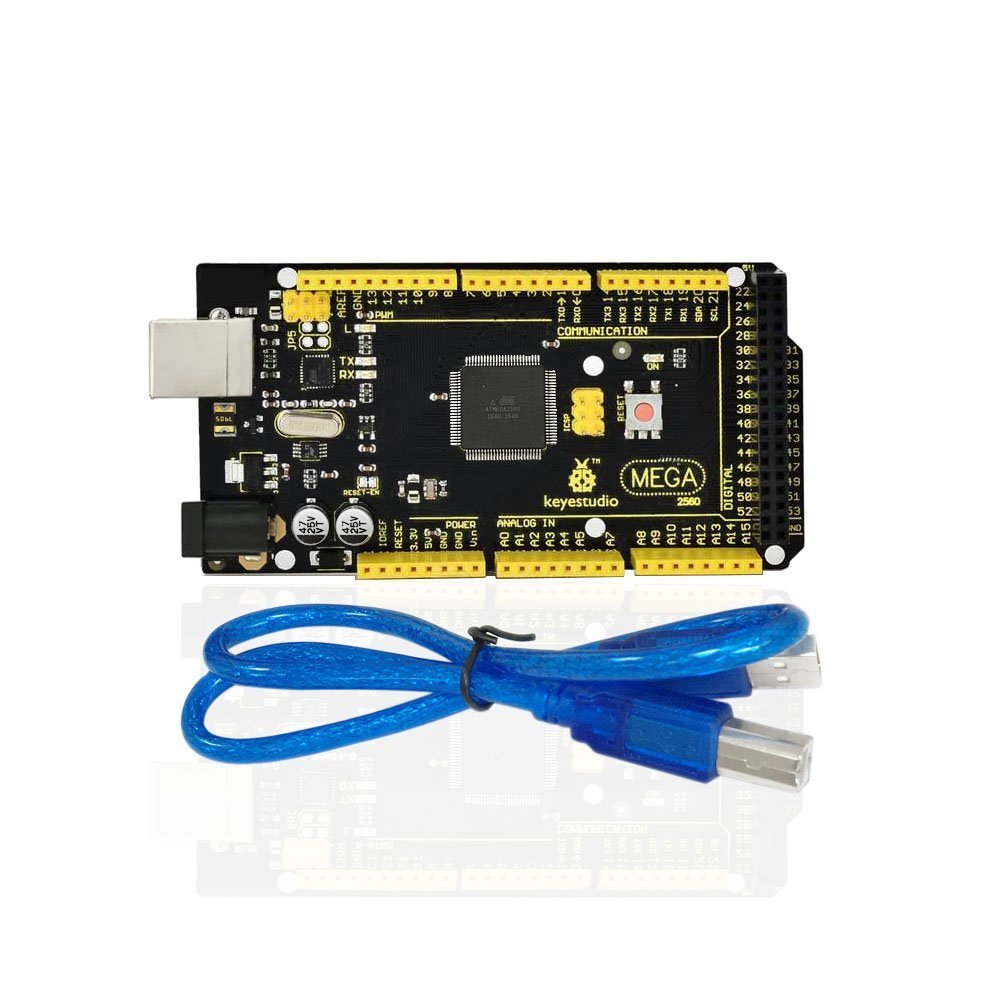 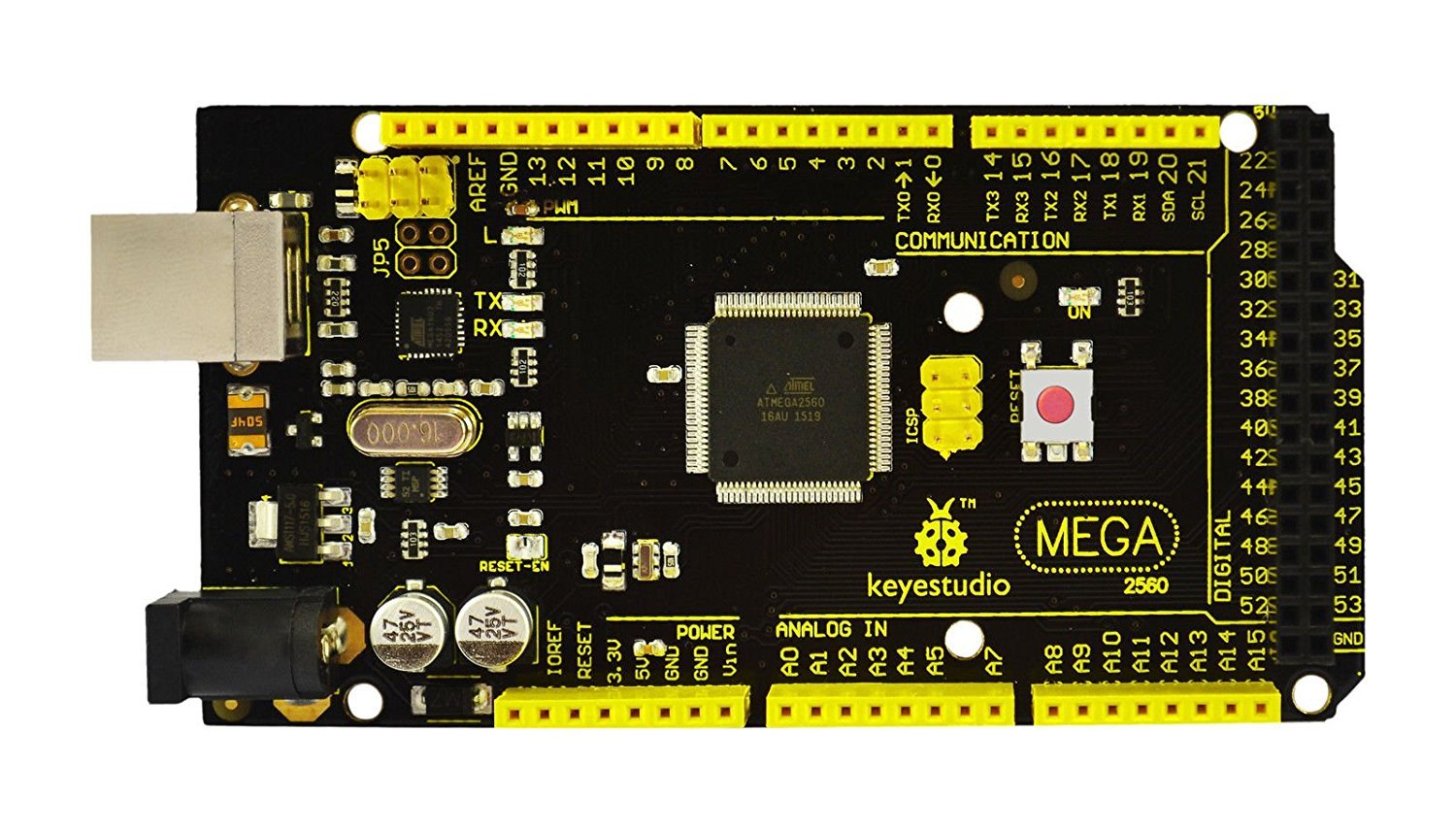 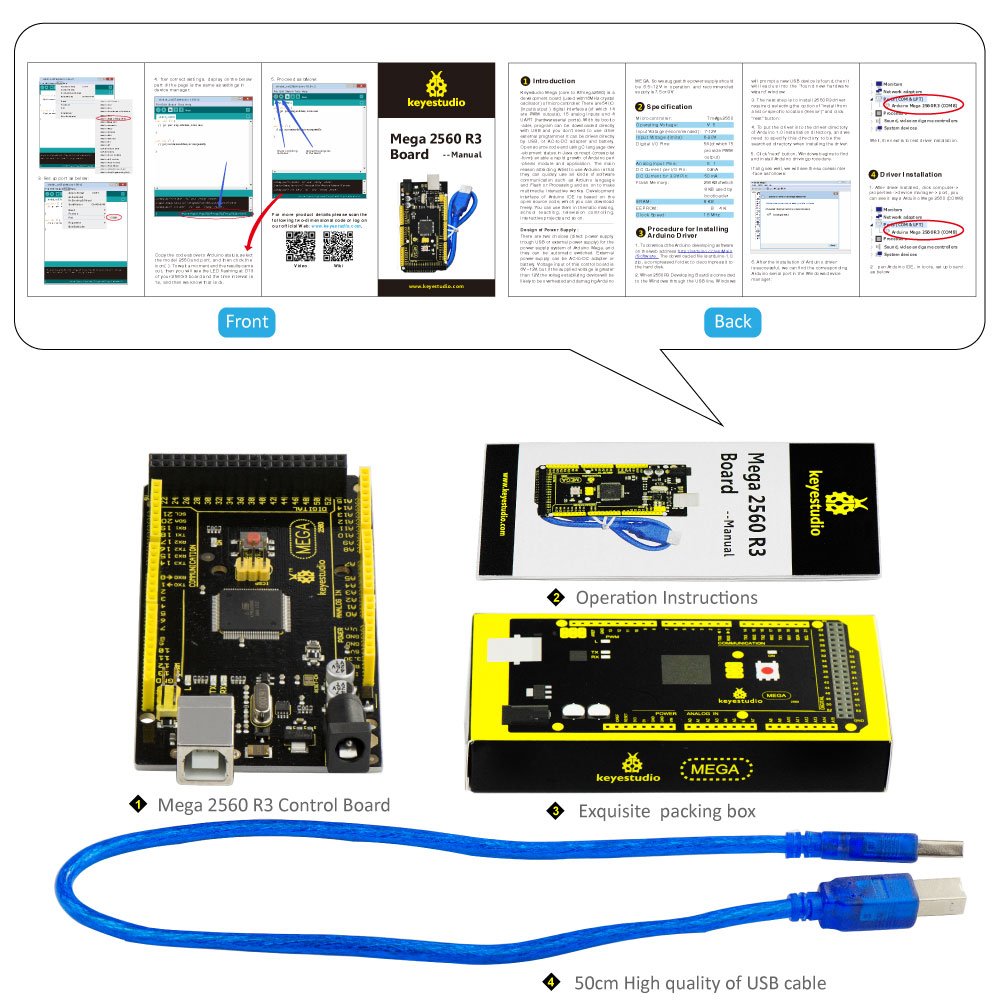 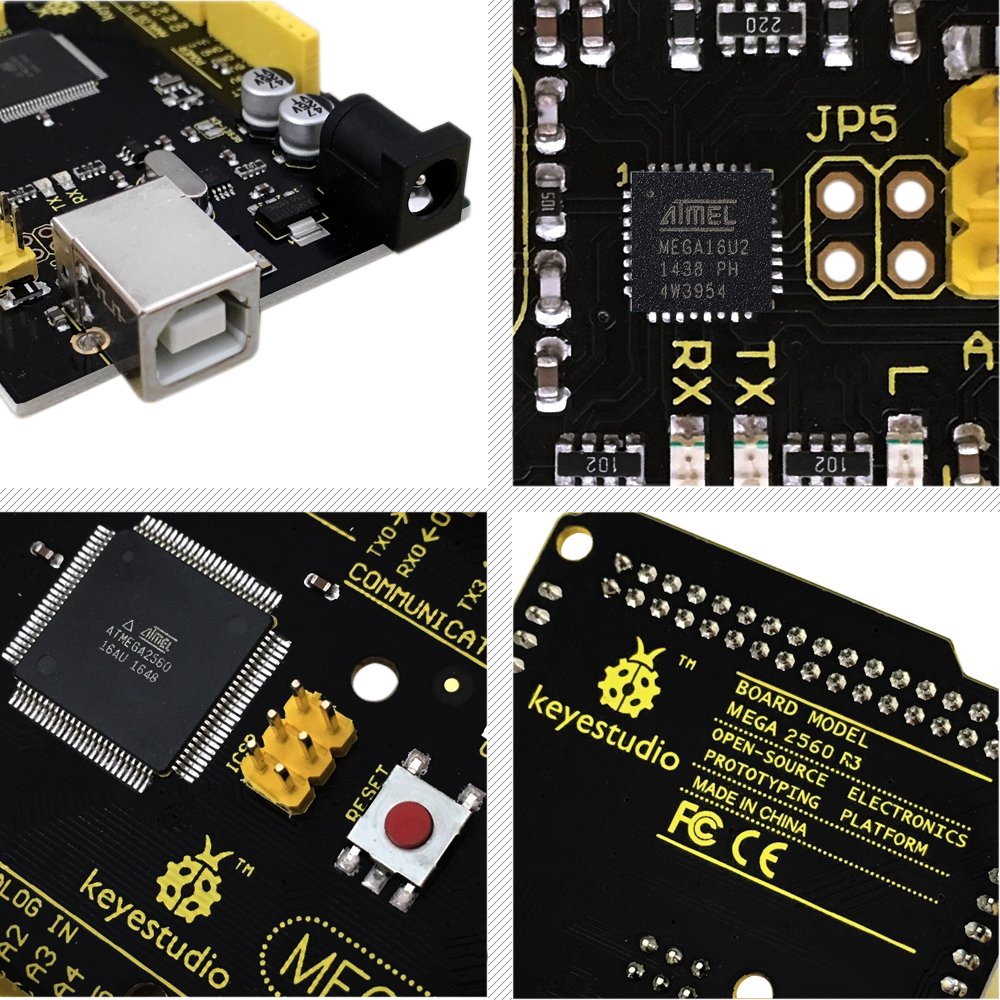 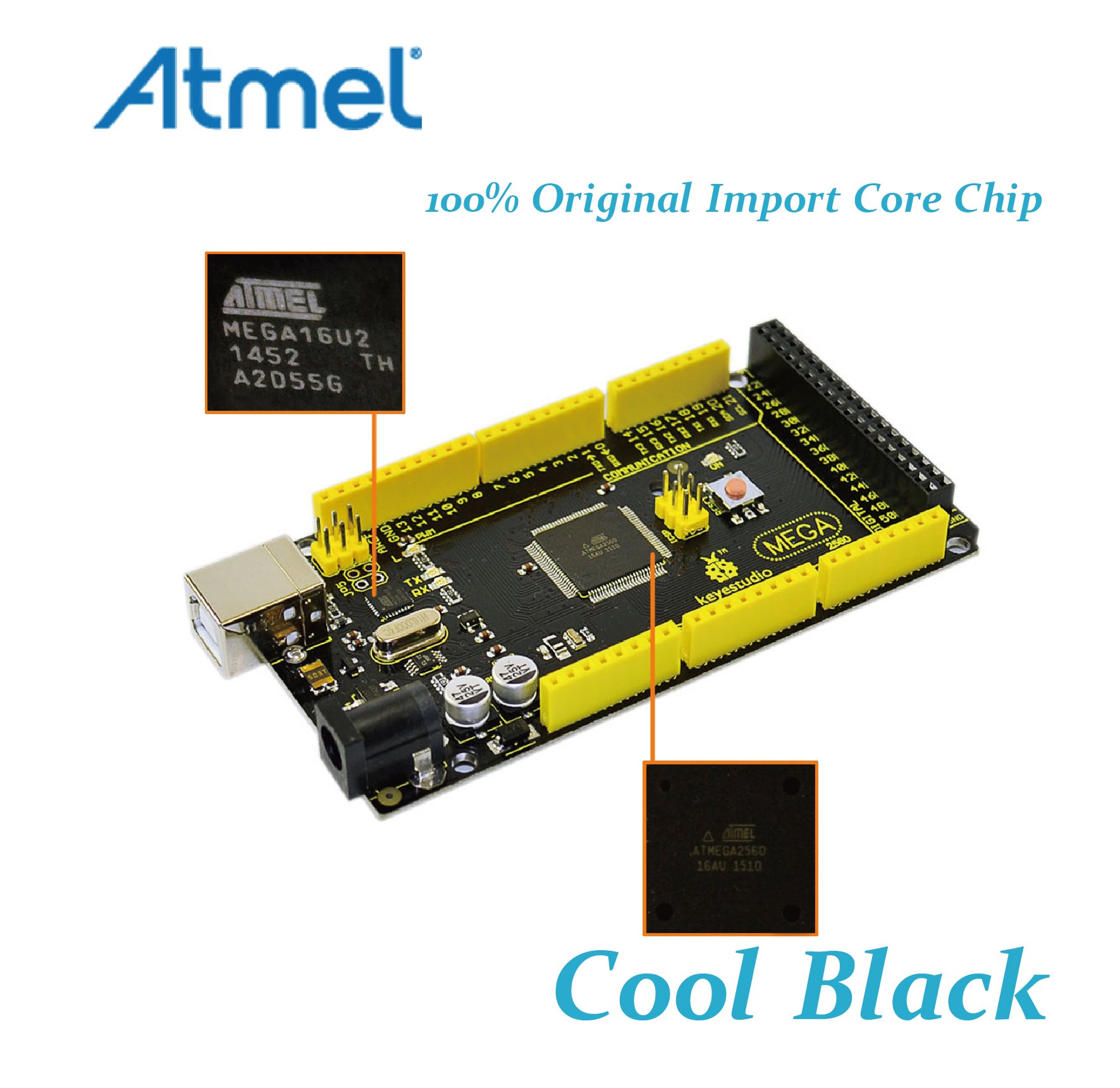 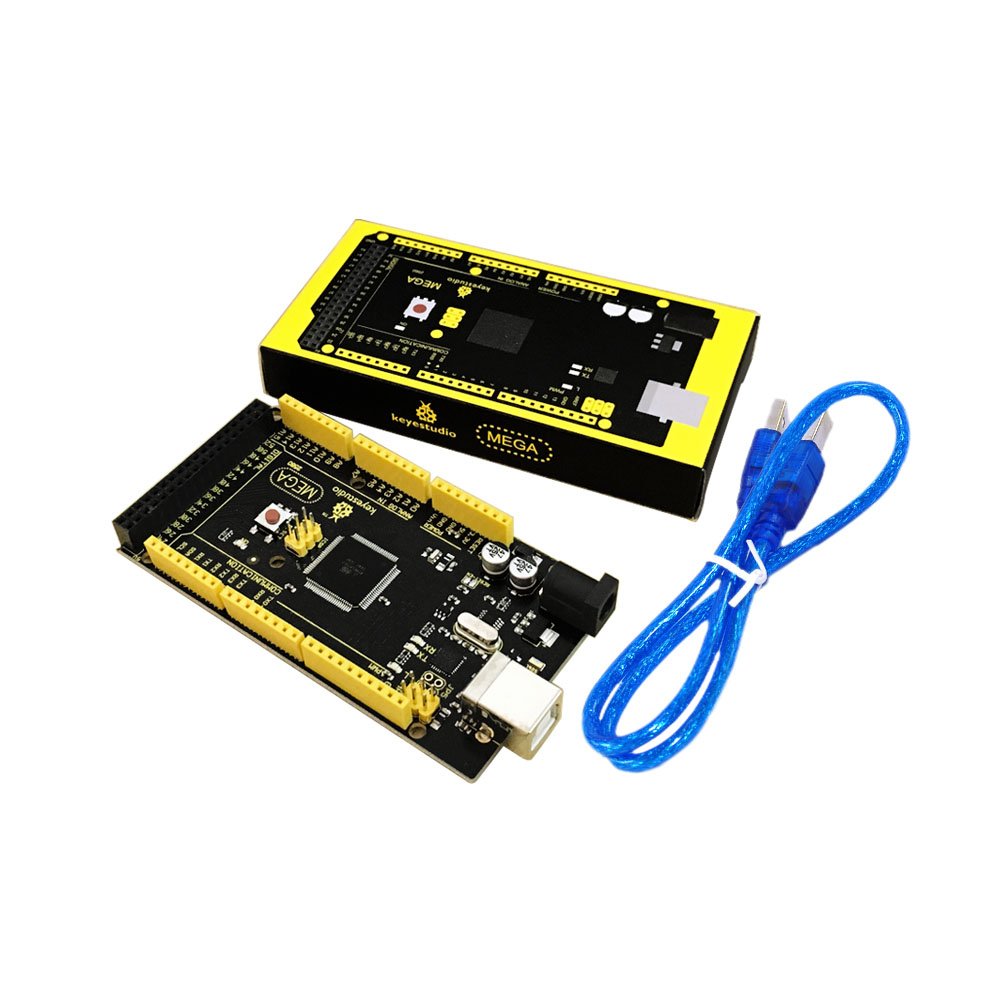 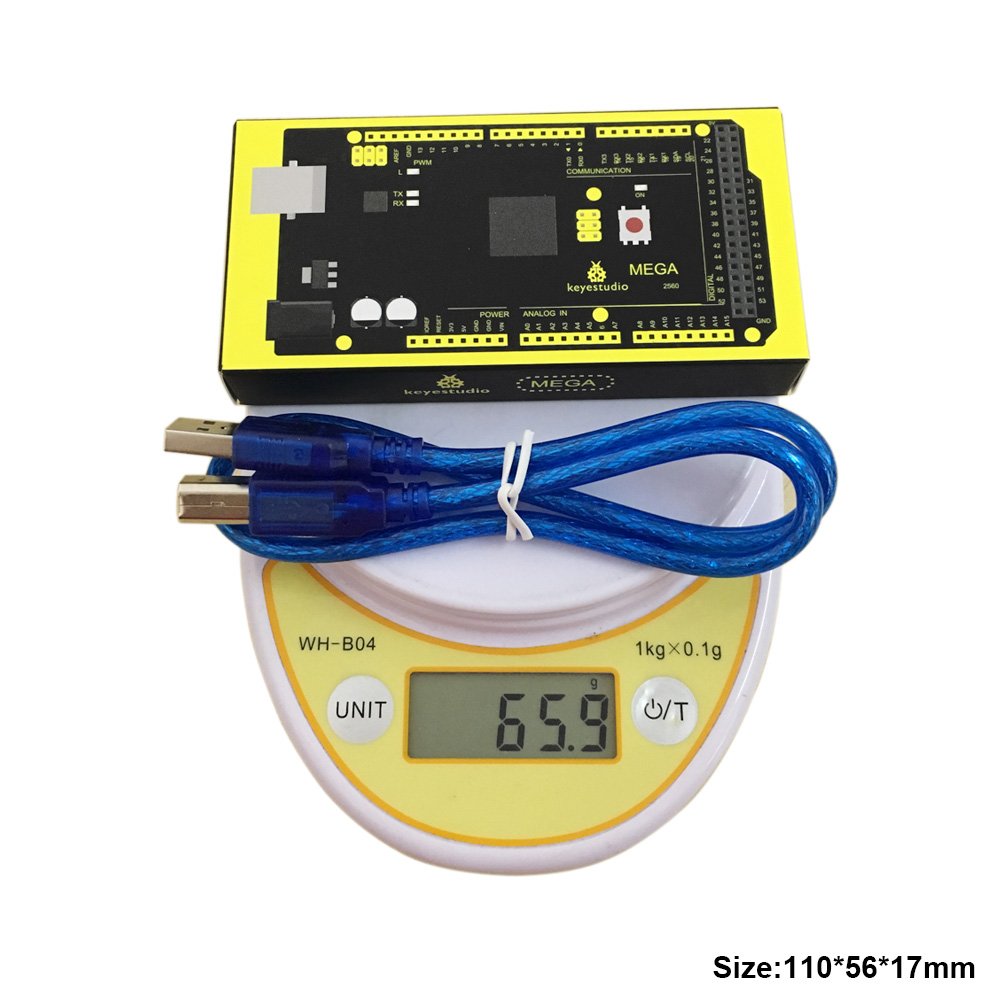 With all the extra ports and memory this is effectively four Arduino Uno boards smashed together (although it still only runs at 16MHz like an Arduino Uno). The price is only a few percent more than a single Arduino Uno board. The increased functionality makes this a really good choice for rapid prototyping where you don't have to worry as much about the limitations of the smaller Arduinos. For finished projects, this board is a bit large, so some code optimization may be required to fit it back in the smaller size. But worst case the price would still allow use in some finished projects.

Technically this is an Arduino 'compatible' board (not an official board), but it looks fabulous with its yellow on black color scheme and works as good as the original. The component layout and selection looks almost identical to the official Arduino Mega 2560. I do wish they would move away from the USB B connector and instead switch to the more common micro USB connector, but I suppose they kept the USB B connector for better compatibility with the original. The USB-to-serial interface uses the official ATmega16u2 IC instead of a more generic IC (like CH340G) that some of the cheaper clones use.

Bottomline: I have tried several arduino compatible boards available. Some have worked for about 6 months then died, but this board seems to keep on running. If you are looking for an arduino board, this is the board I would use. Excellent purchase.