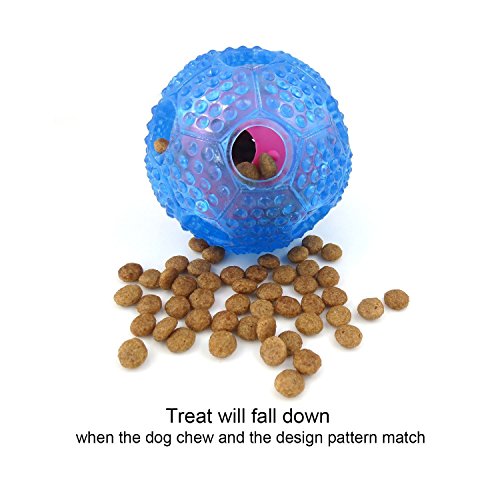 Avg. Rating
4.71 / 5   (7 Reviews)
My dogs are two of the most spoiled brats out there. They get so many new toys, treats, and goodies that they think every package that comes in is theirs. When this one arrived, I barely got it out of the bag to take pictures of it without the dogs trying to steal it. You can actually see my dogs trying to get it off the table as I am photographing it. It was quite the training session of "leave it" and the dogs getting antsy as they sat begging so they could play.

This treat ball is great. It is a little smaller than I expected it to be, which always worries me since I have a giant breed English Mastiff who can easily get it lodged in her throat if I don't monitor her play time. It would be ta great size for a medium sized dog, and might work for a large dog. My Australian Shepherd/pit mix likes playing with it, but he is on the larger side for his breeds, so i am still not sure it is big enough even for him so watch him closely. It is slightly soft and squishy, with a silicone-like outer casing around a nubby ball that rolls around inside. The inner ball has the hole in it to put treats in, but it is a challenge to get anything inside. But though it is squishy and softer, it is thick and not easily punctured by a tooth.

As your dog plays with it and rolls it around it is supposed to drop treats for them or entice them to chew to get the treats out. My dogs were not very quick to figure out how it works and the treats were nearly impossible to get out. They actually gave up on trying to get the treats out and my giant breed let my smaller dog have it when she lost interest entirely. He continued chewing, but not for too long before moving on to his favorite chew toy. I won't be giving them treats too often for that reason. Luckily they have still liked playing with it, regardless of the treats, so it will be a fun ball for them even without doing treats. I just worry about the size with how large they are so don't know how much they will get to play with it.

I am pleased with this ball, though it didn't quite work that well as a treat dispenser for my dogs. It would be perfect for a smaller dog than my two beasts, so i don't recommend it to those with larger dogs and definitely not those with giant breeds.
#RankBoosterReview #sponsored #Loxi #treatball #loxiiqtreatball #pettreatball #pettreatdispenser
Get yours here: https://amzn.to/2I6zVu8 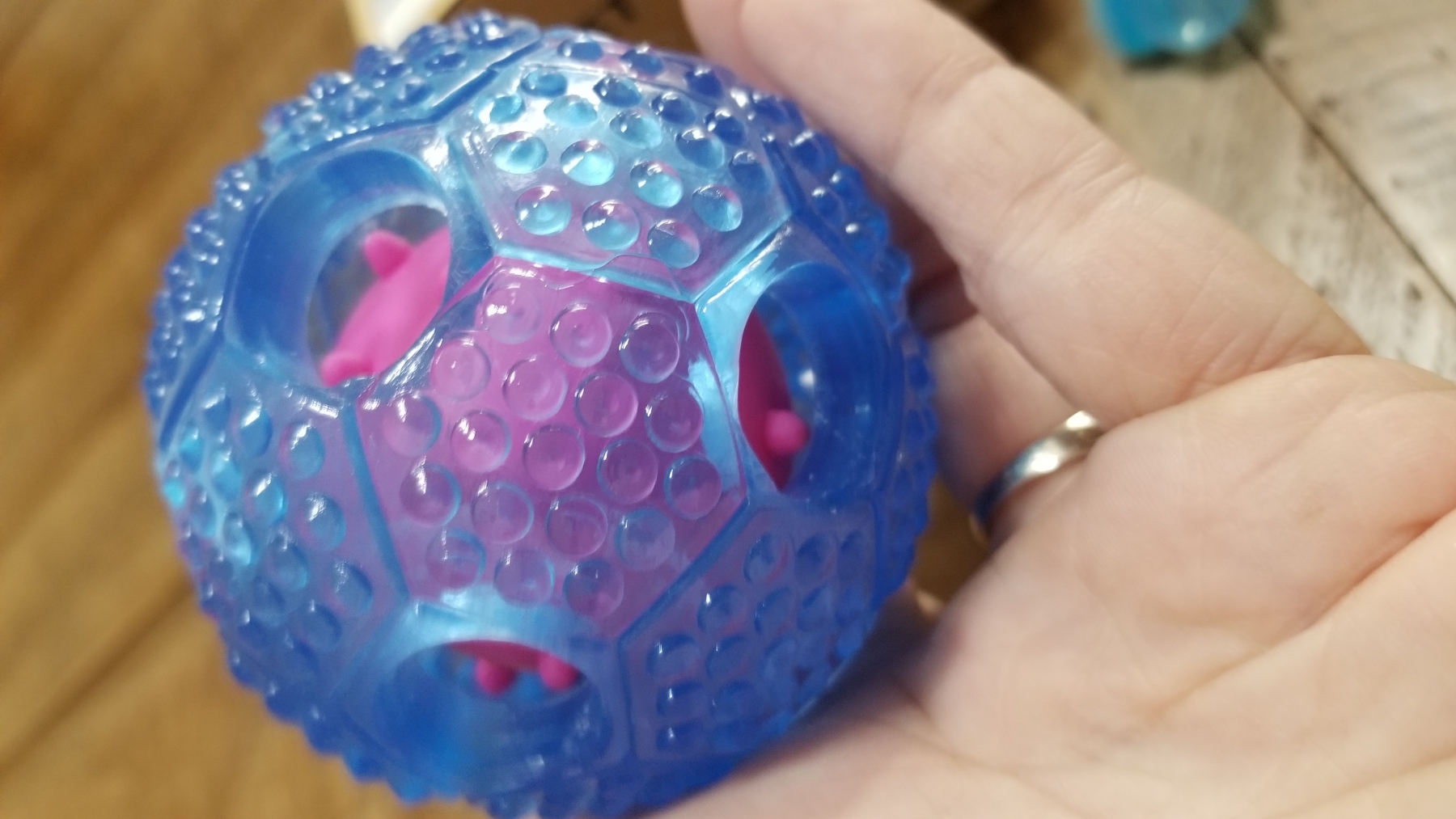 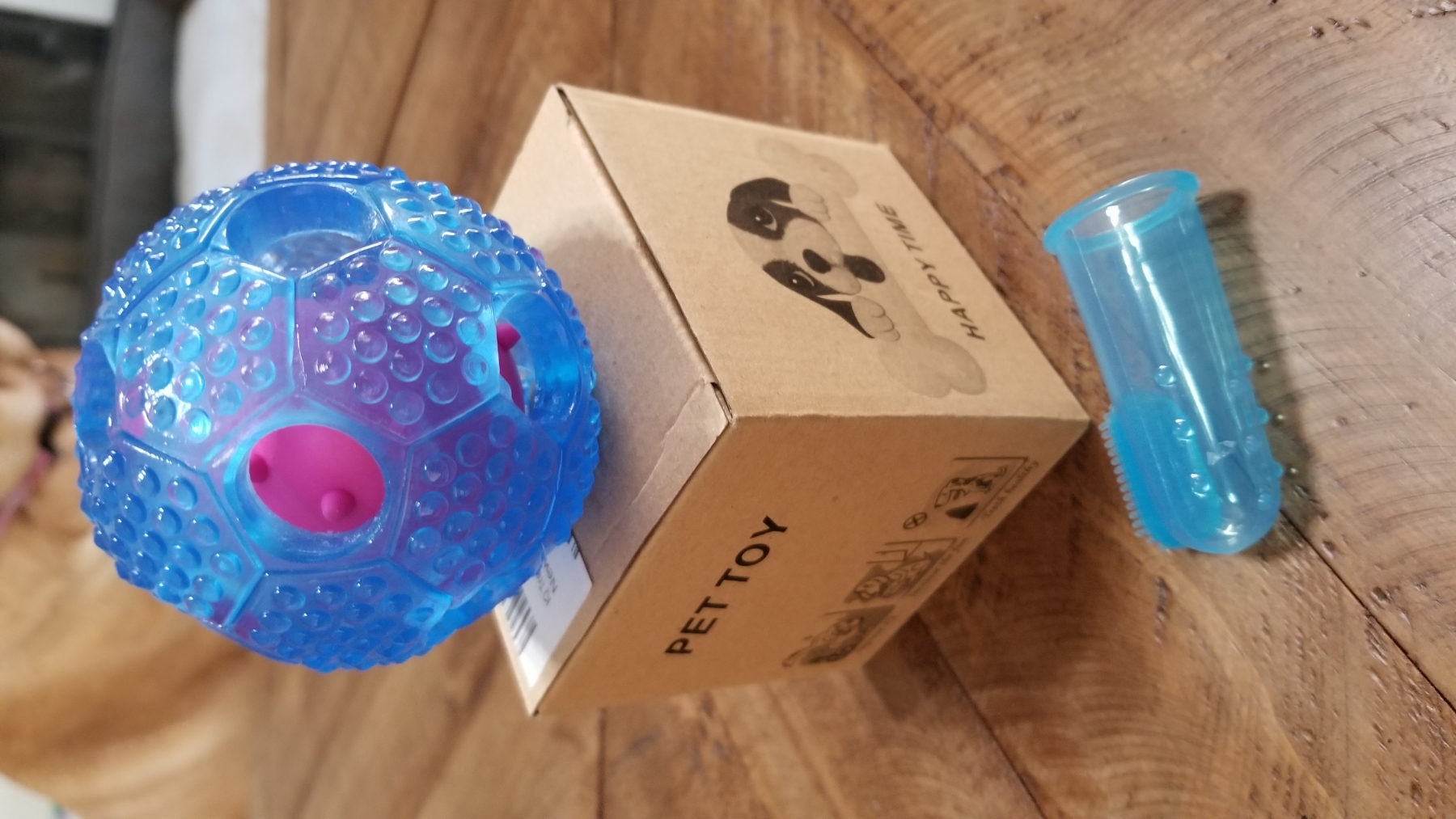 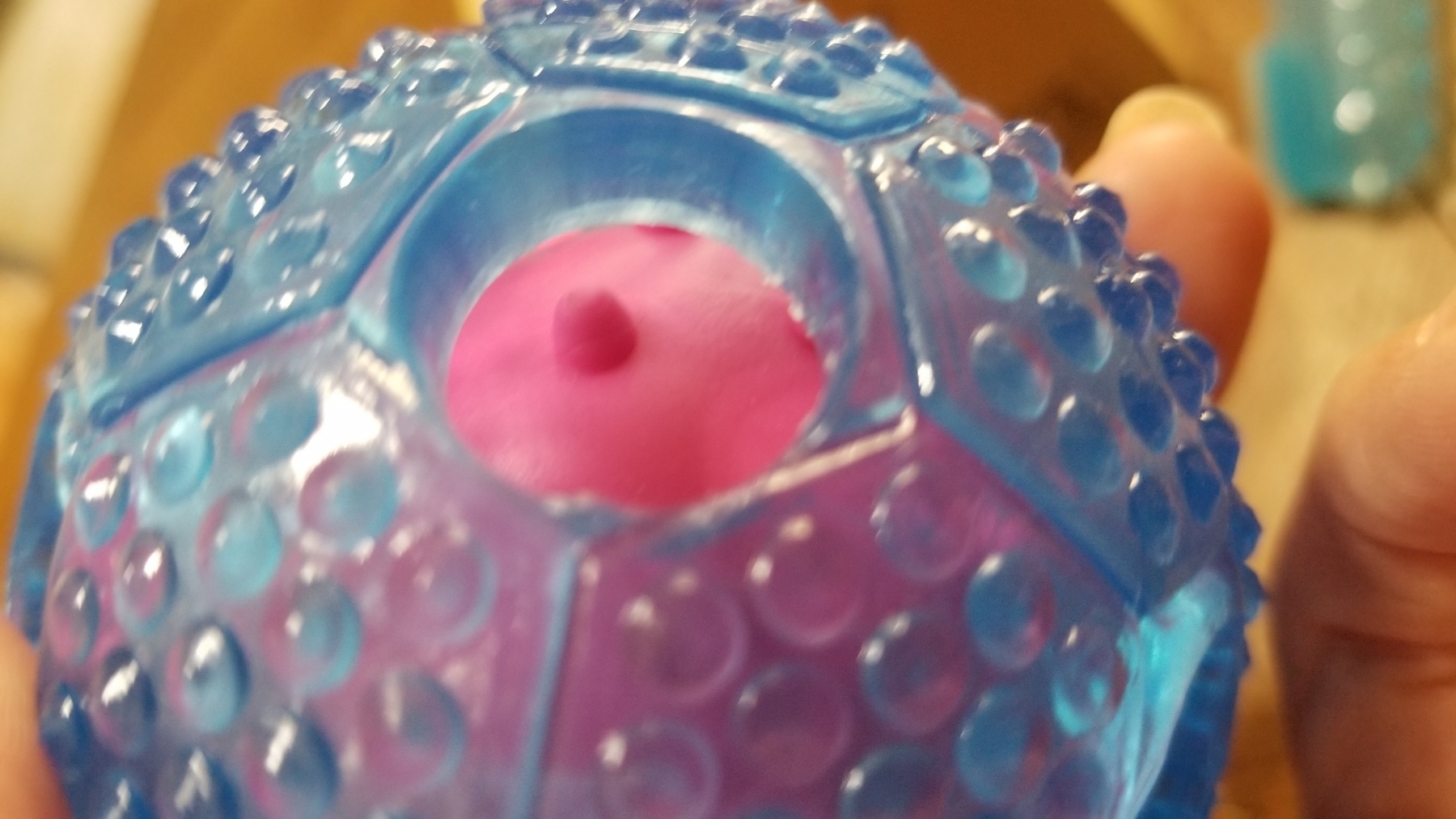 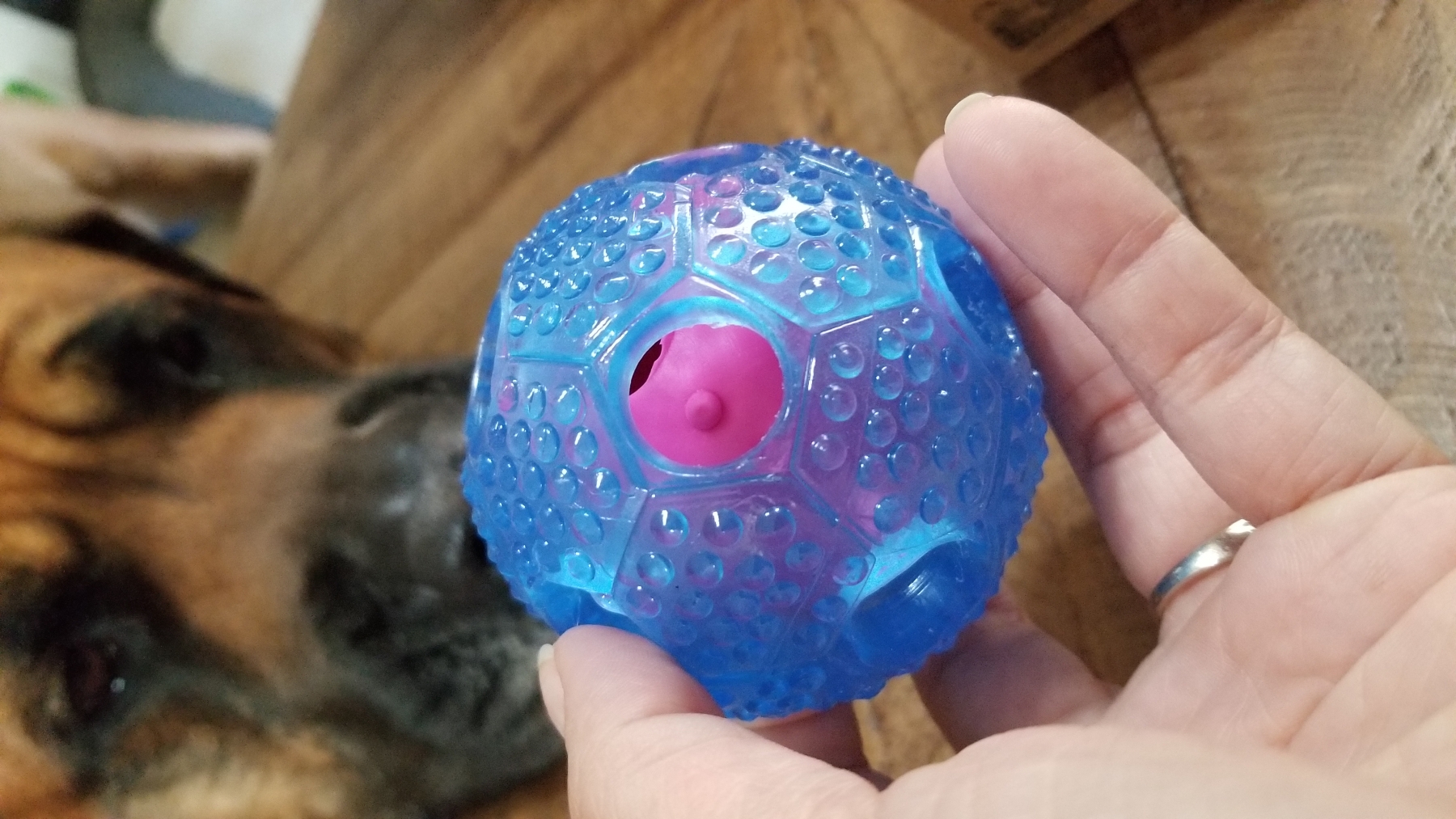 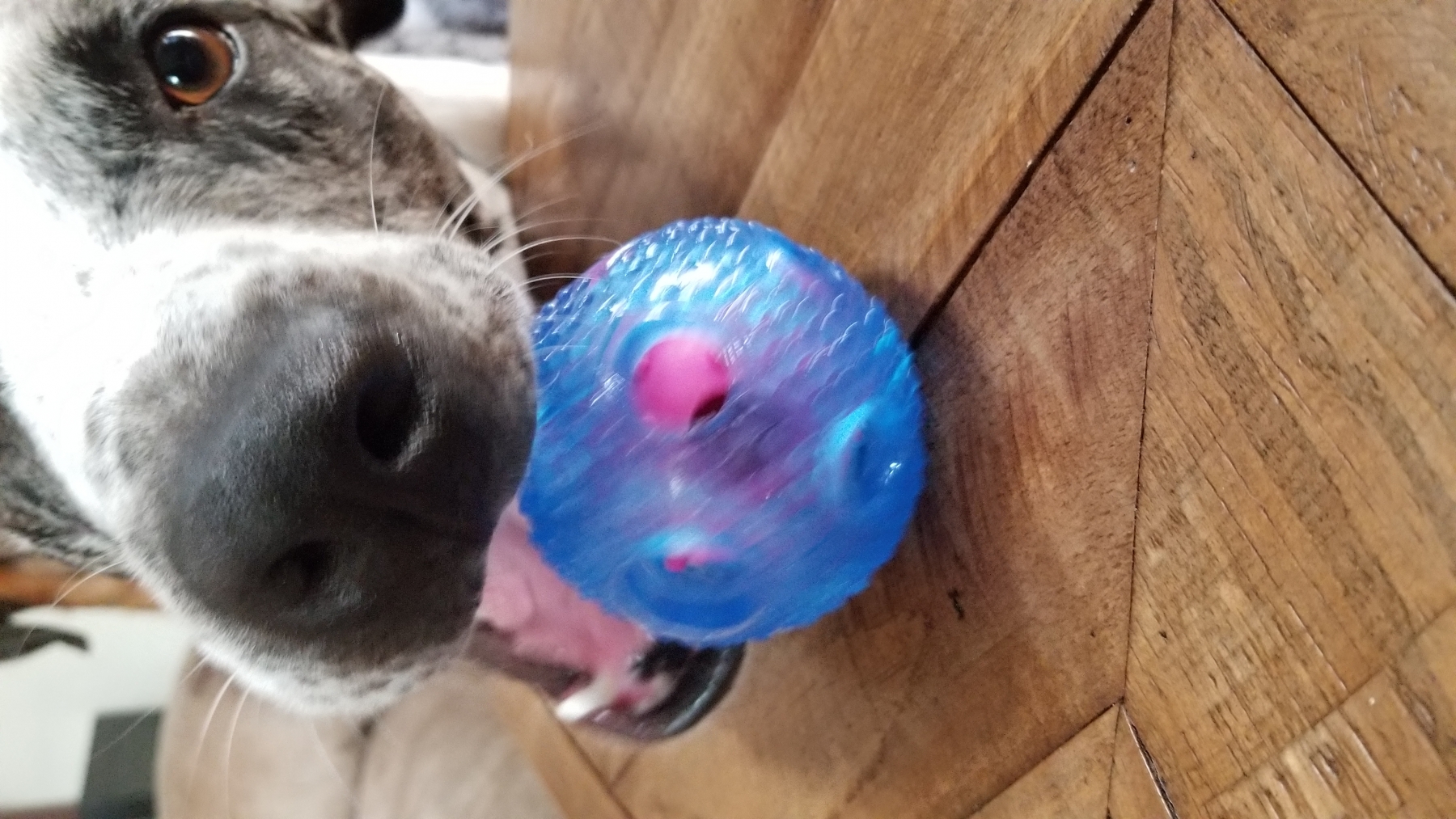