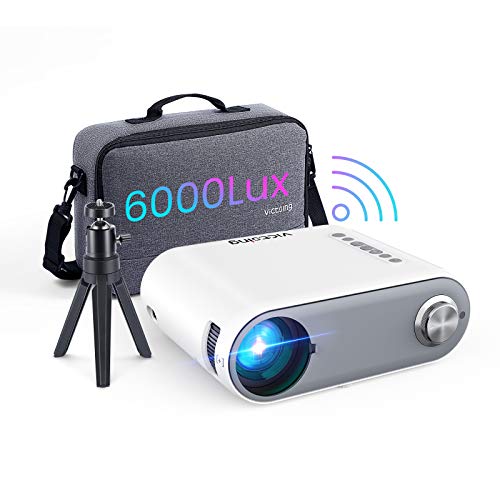 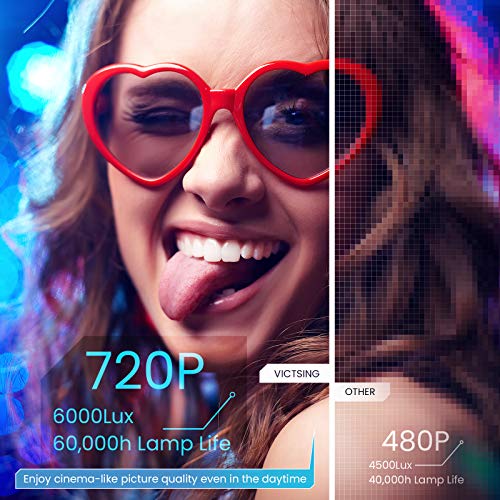 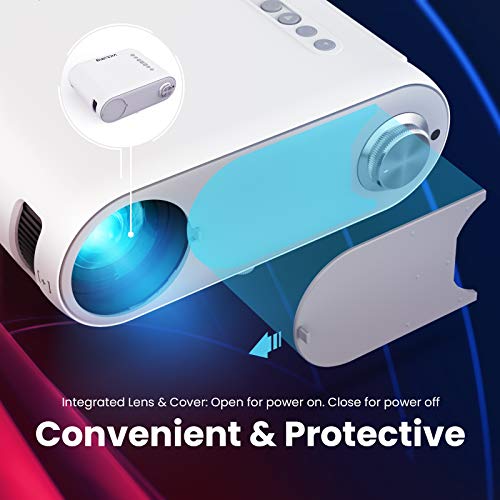 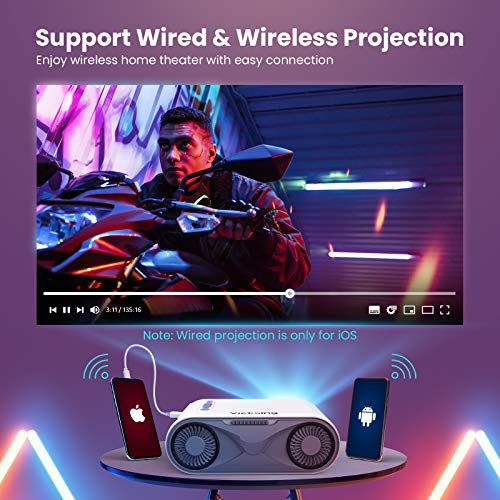 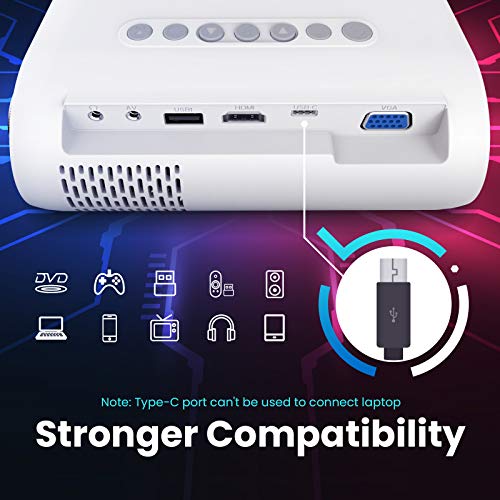 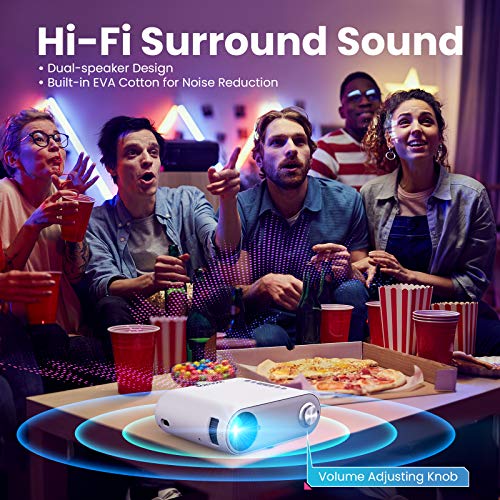 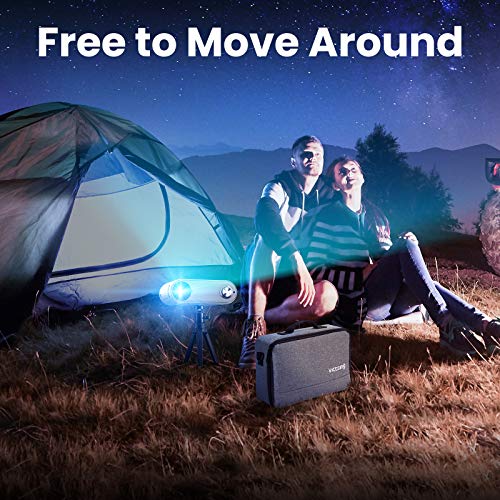 Great piece of kit! I bought this for my chill room and it’s perfect for playing the Xbox and watching films at 80 inches the wall.

I can put some films on a USB stick and plug it into the projectors USB port and it plays the files fine, you have to make sure the file format is correct for the projector to be able to play video and sound from a USB stick though. You can get software to convert video files to work with the projector, but it plays most files fine.
It has two HDMI ports which are very useful as you can connect a HDMI TV stick into the projector, such as Amazon Fire TV stick and another device like an Xbox or PlayStation etc, and it has a two USB ports on the back, and one is 5v power only and then other is the data USB port, so you can power things like HDMI TV sticks from the projector itself. I use my laptop and VLC media player and it works flawlessly over the 1080p Full HD resolution.

The image quality is brilliant, because it’s native 1080p so you get the Full HD quality projection, and you can really tell the difference between a 720p native projector. You can adjust the focus to suit the distance from the wall, the further back the projector; the larger the image and the video quality and brightness seems to stay the same which is great.

You don’t have to have the projector directly in the centre of the wall either, you can have it higher or lower than the projected image and it allows you to adjust the ‘keystone’ using the dual on the back of the projector which fixes the image to make it straight on the wall. This is very useful for me as it’s in a small bedroom where I can’t have it at the correct height of of where I want it projected. Only issue is with using the keystone adjustment is that you can’t get the top and the bottom of the image in 100% full focus, either the top or the bottom will be very slightly blurry, but it’s hardly noticeable when watching a film.

The fans are quiet considering other projectors, and I can’t really hear them over the sound of the film anyway, even with the built in speaker; it sound great.
The remote is useful and works well, you don’t have to point it directly at the projector; you can point it at the projected image and it still works, it has all of the main buttons that you need, volume and inputs can be changed. Settings on the projector are good, brightness and colour can be adjusted, zoom feature is cool as you can zoom in, and actually zoom out from 100% too to make the image smaller if you want without having to move the projector forwards or backward, again all these settings can be done from the remote accessing the settings menu on the projector.
Very happy with it, love playing my Xbox and watching Netflix on a massive wall. Sound is great with the built in speaker, quality is amazing at Full HD 1080p. Plenty of input and output ports too for external audio like a soundbar or headphones. Very nice quality projecto