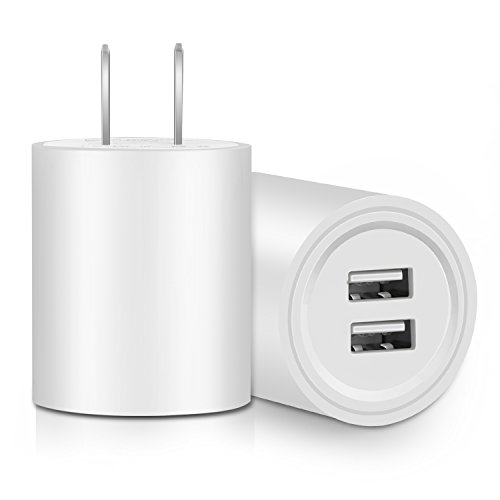 I've been using one charging adapter for the past two months or so and had been planning on getting a couple of cheaper ones at the local Dollar Tree, but I always seemed to remember I needed them while I was at home and NOT while I was anywhere in the vacinity of a store!

I did happen to remember while I was shopping, however, and took a chance on a charger that supposedly charged two phones quickly and simultaneously. I received both adapters yesterday and decided I would test this just to see if it was accurate. Below are the results of the field test I ran on one:

Test: Connected a Samsung S7 Edge and an Iphone 7Plus to one charge adapter using their respective lightning usb cables (I ran both phones down to 10% before connecting them).

Results: My Samsung S7 Edge was at 100% in approximately 55 minutes while the Iphone 7Plus was at 85%. It appears this charger is indeed capable of charging two phones simultaneously and very quickly!