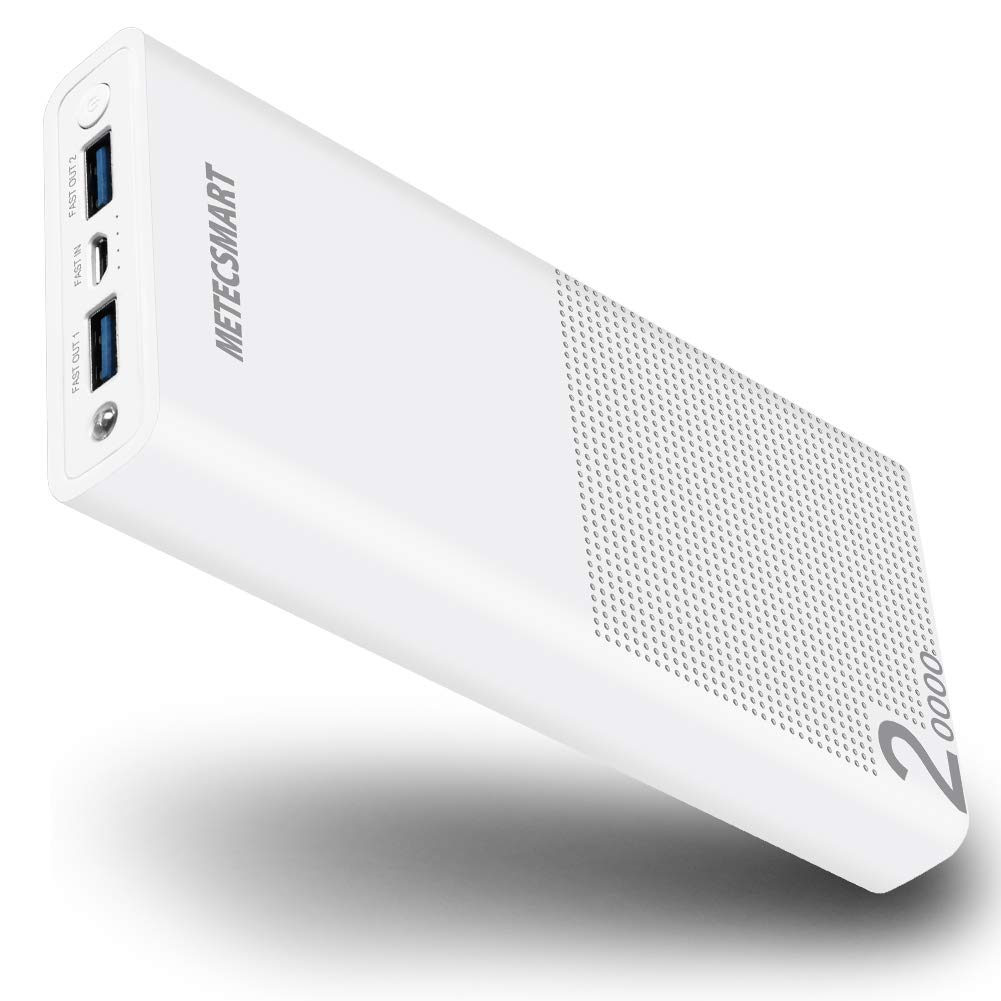 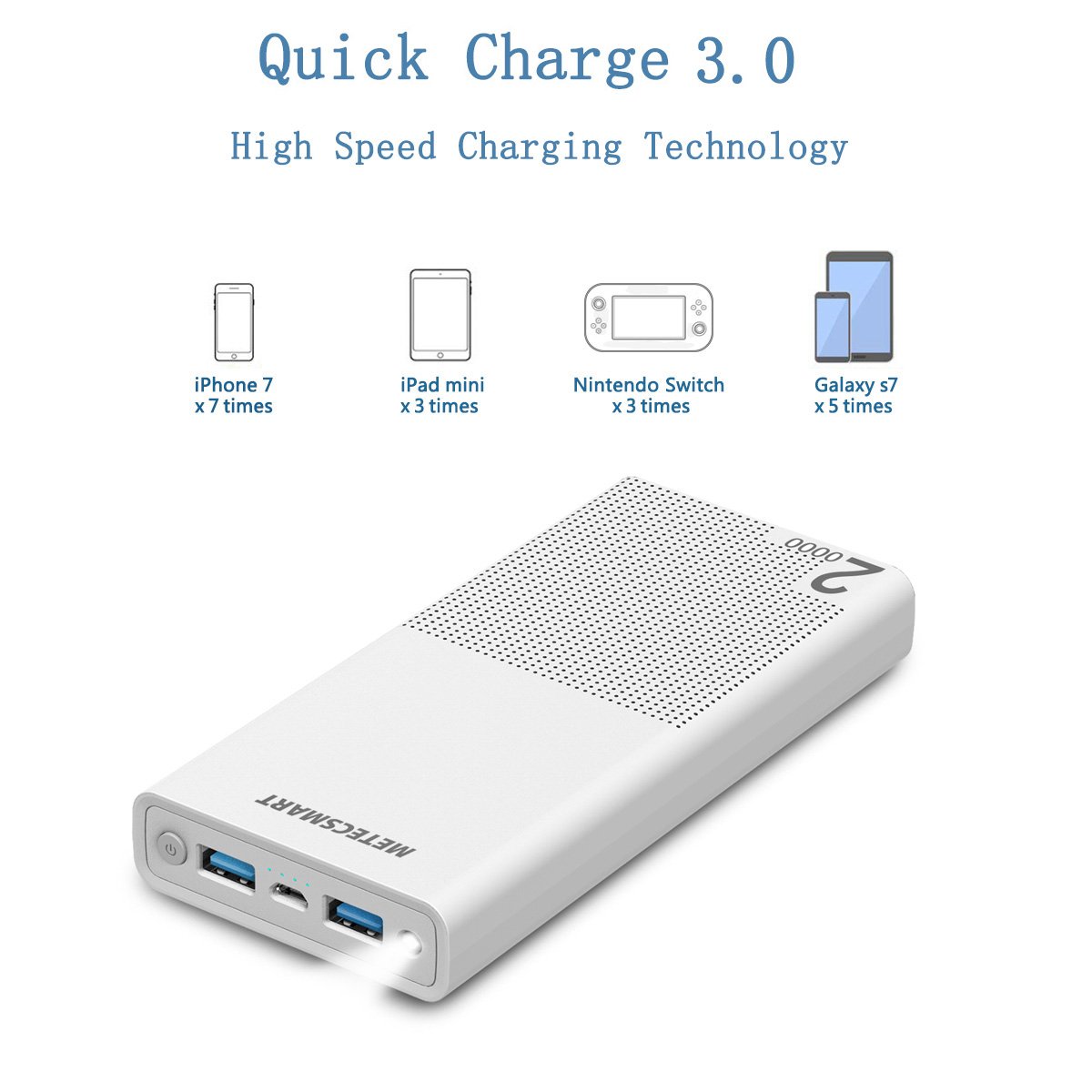 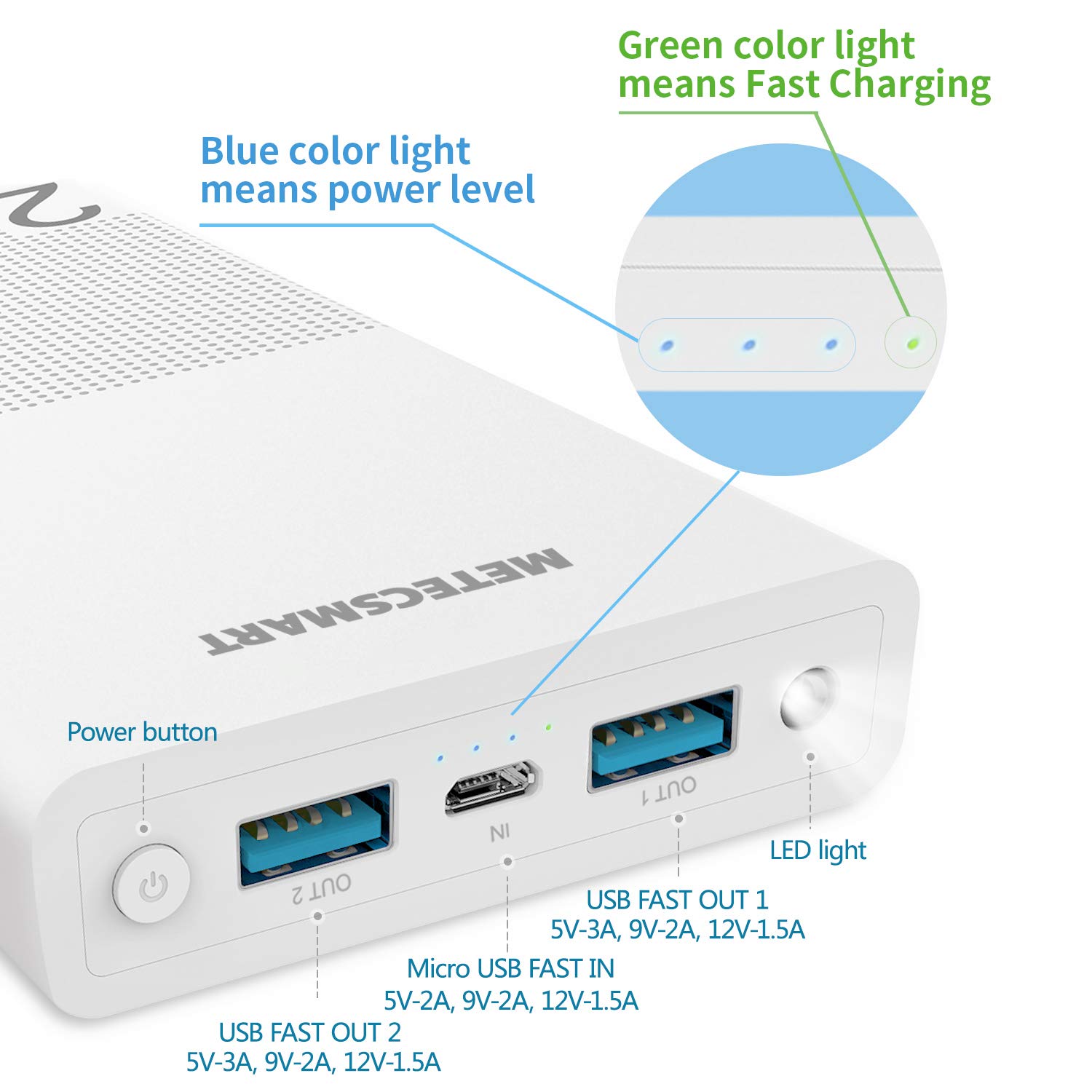 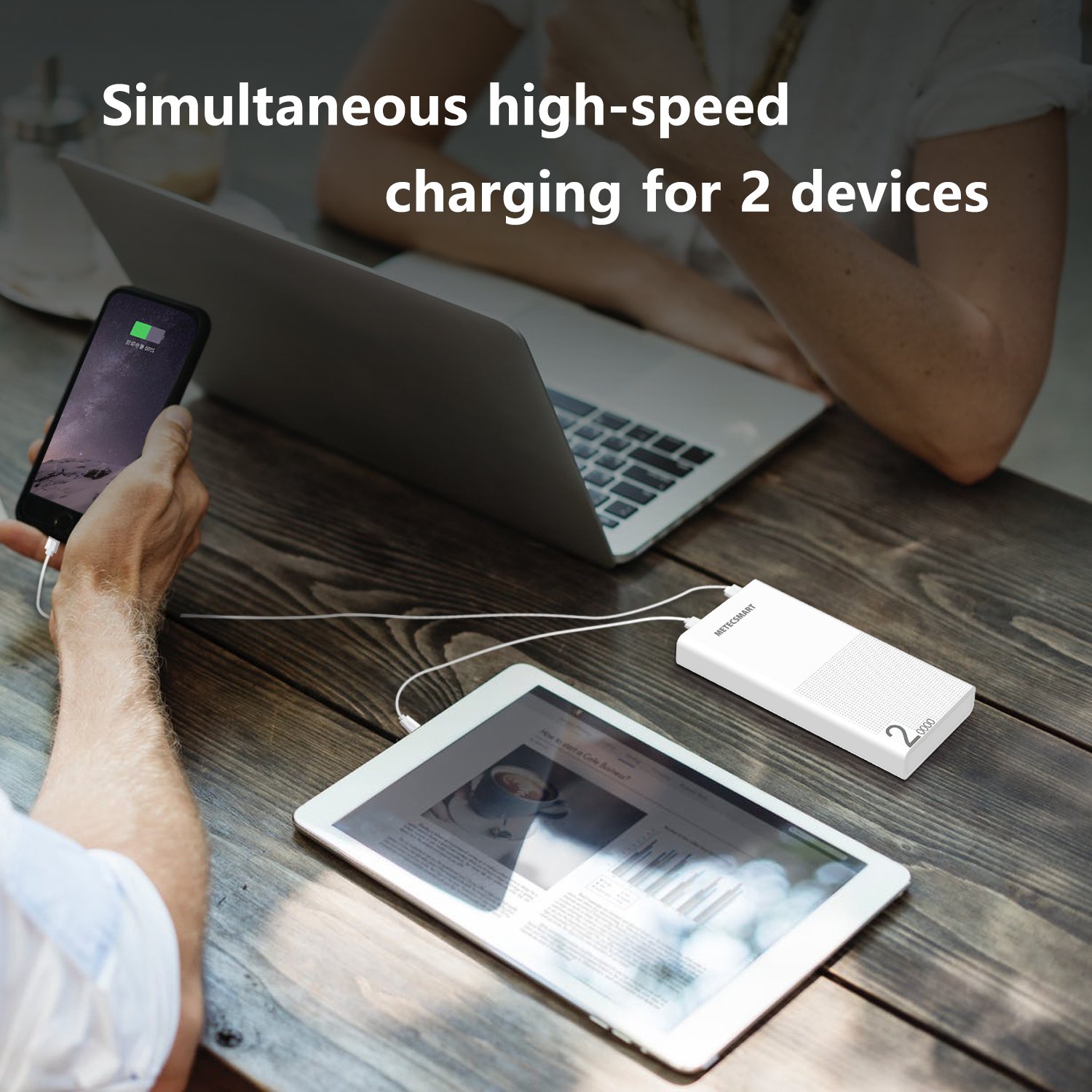 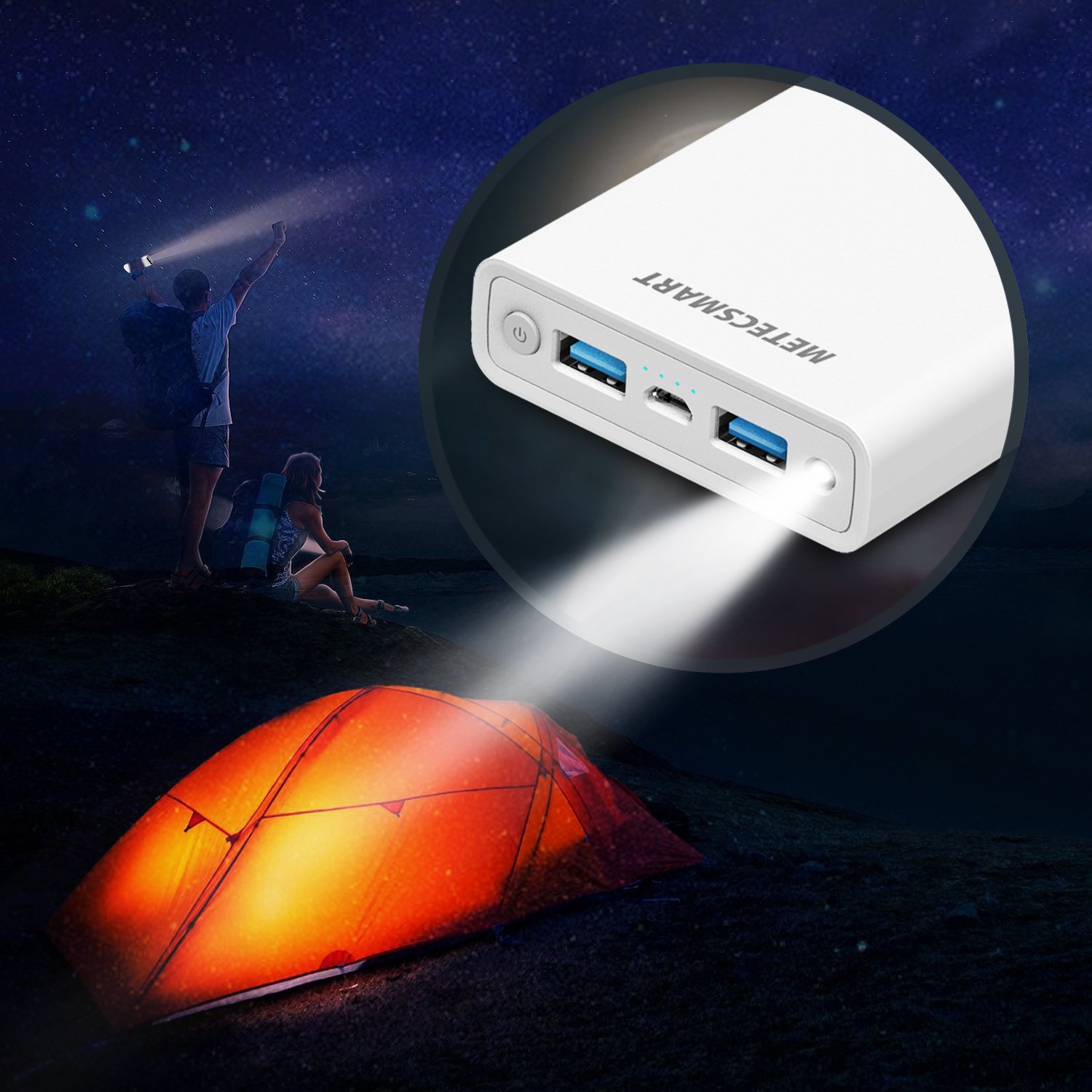 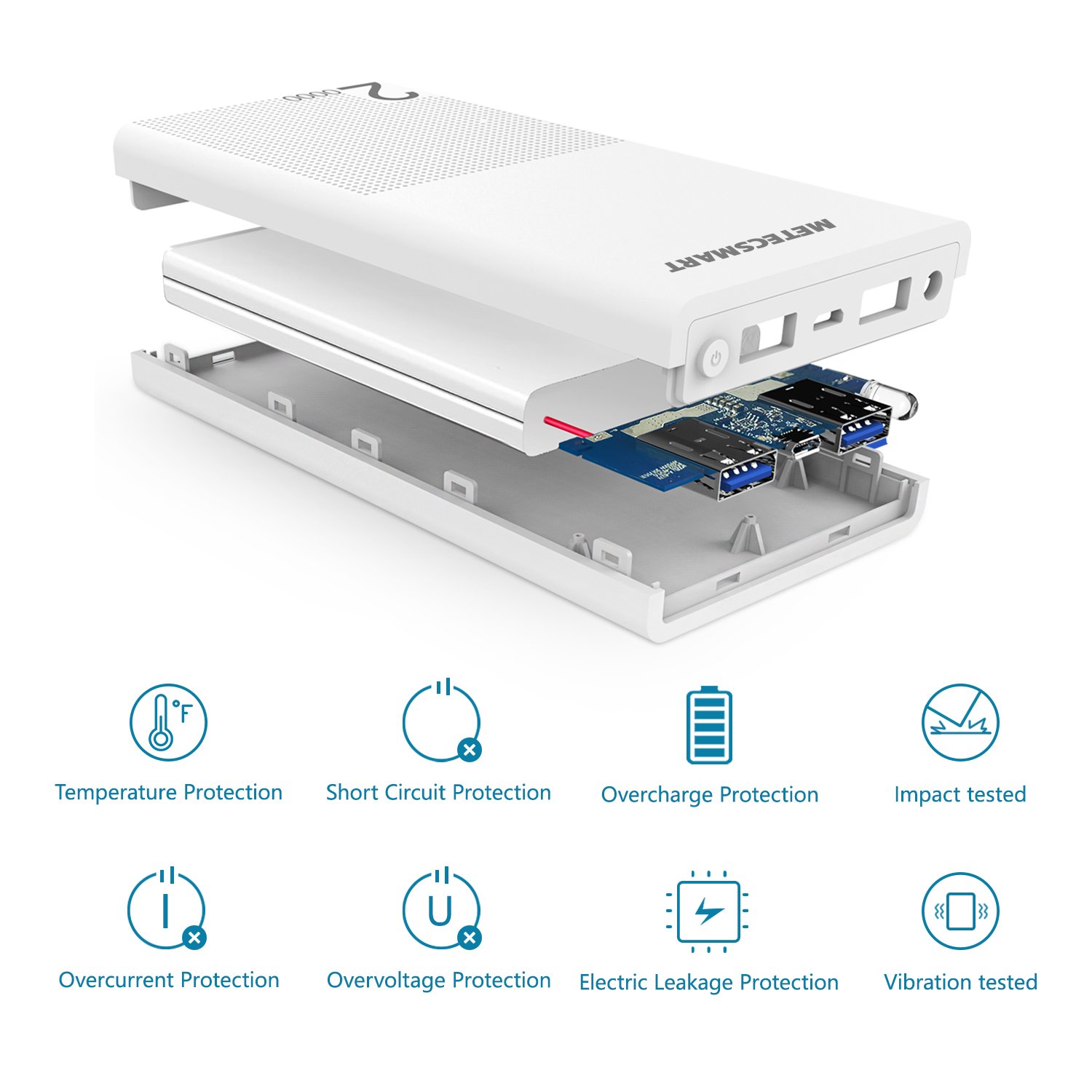 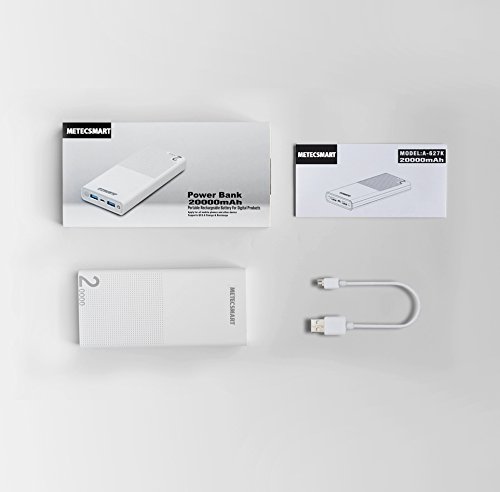 During a recent power outage we  used a few of the portable power banks we own to provide us with light to see by, keep our cell phones charged, and to run some smaller personal sized fans.  It was a sobering reminder of not only how reliant we have come to be on electricity and the comforts that it provides, while at the same time highlighting just how useful these portable power banks can be.  After using them during our 2 day power outage, I decided we needed another power bank on hand for such emergencies.  I chose this one from Metecsmart  because at 20,000mah it had twice the battery capacity of the largest power bank we had and with two simultaneous Quick Charge 3.0 outlets it would allow us to charge up both of our smartphones approximately 5 times each at  speeds up to 4x faster.  One of the main things to remember when purchasing a power bank is to make a sure you get one which has enough capacity to charge the devices you want to charge,  for example our cell phone batteries are 1800mah each and with a 20,000mah portable charger like this Metecsmart one  we should get around 5 charges for each phone. It is also important to make sure that the outputs on it are compatible with the devices you would like to charger, for example I once had a tablet that required a 2.4 amp charger and it would not charge the battery with anything lower than that connected. The best power banks will usually incorporate smart chip technology which is designed to read the requirements of the device being charged and adjust their output accordingly.  Because these power banks and the devices used with them typically contain lithium batteries it's also a good idea to get one of the better ones which have built in protection circuits to prevent the batteries from overheating and catching on fire. This one from Metecsmart offers that protection along with some other protection features which are designed to enhance the longevity of its batteries. Take a look at the 2nd image for more specifics on the protection features of the  Metecsmart power bank. We have used this power bank a few times now and have been more than satisfied with its performance. If you are interested in purchasing one you can get it here:  Metecsmart 20,000mah Power Bank 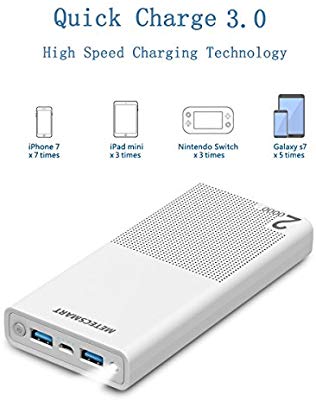 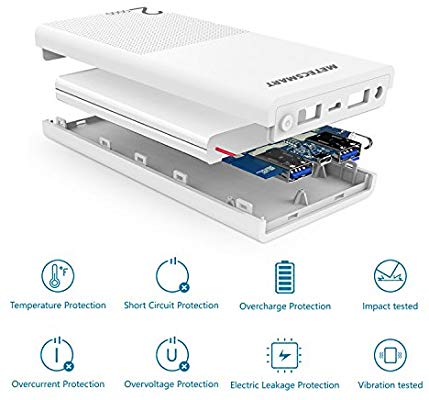