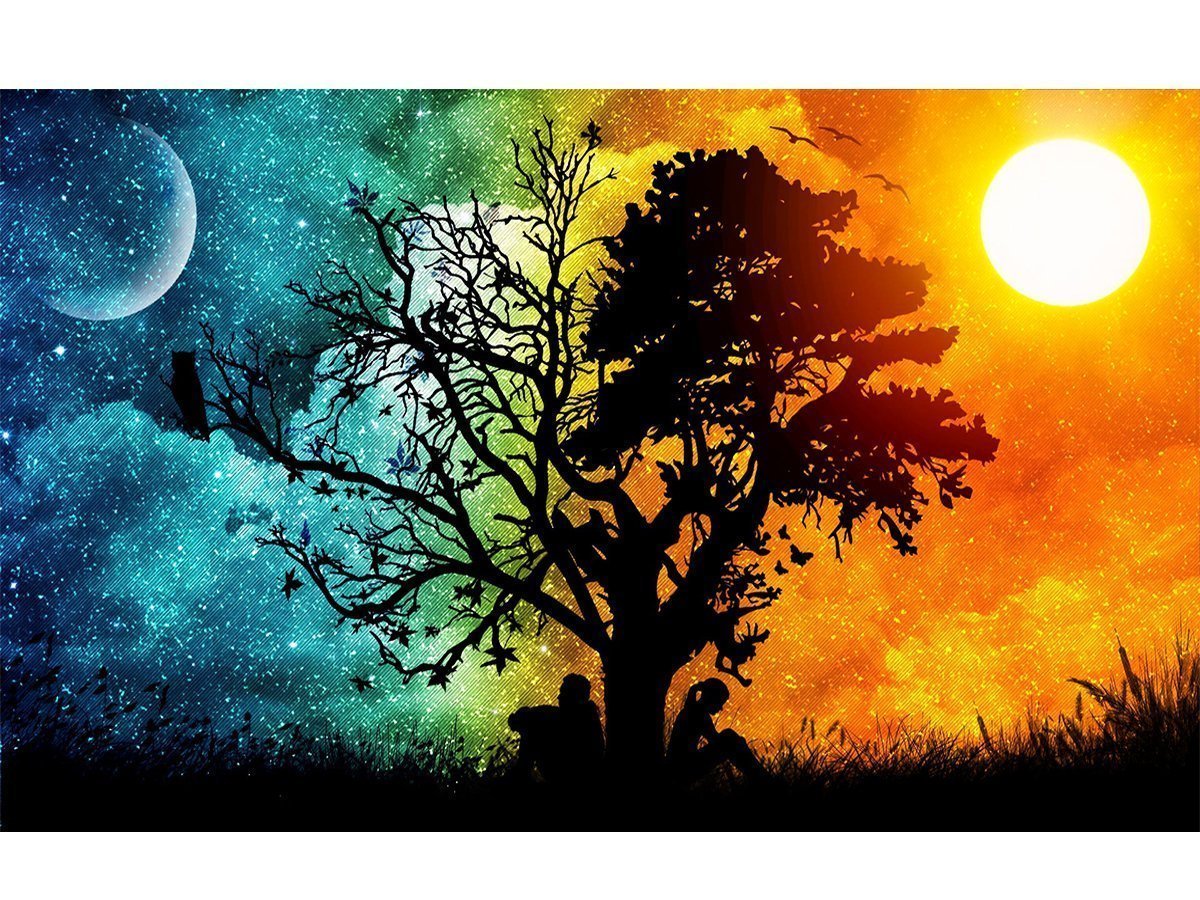 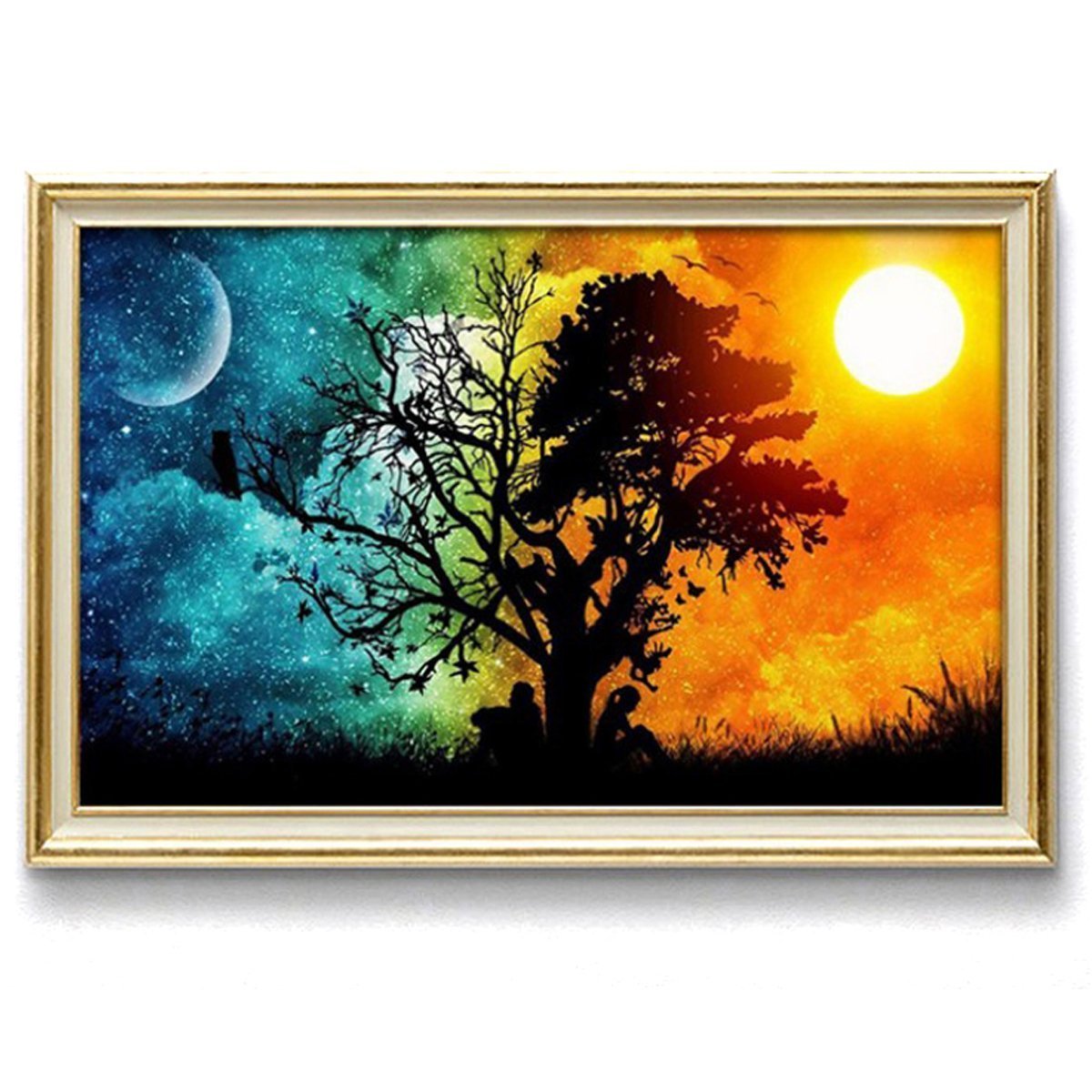 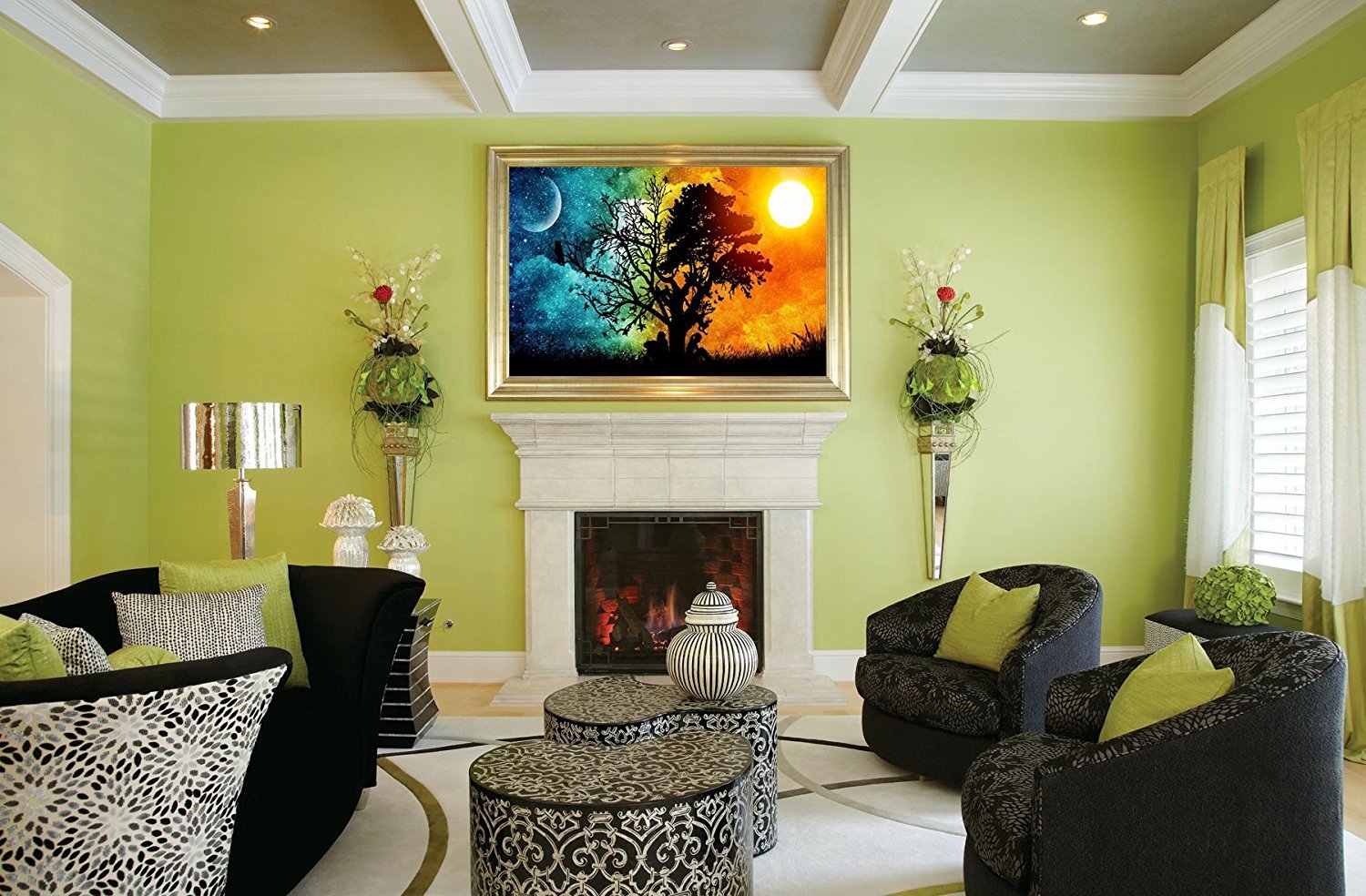 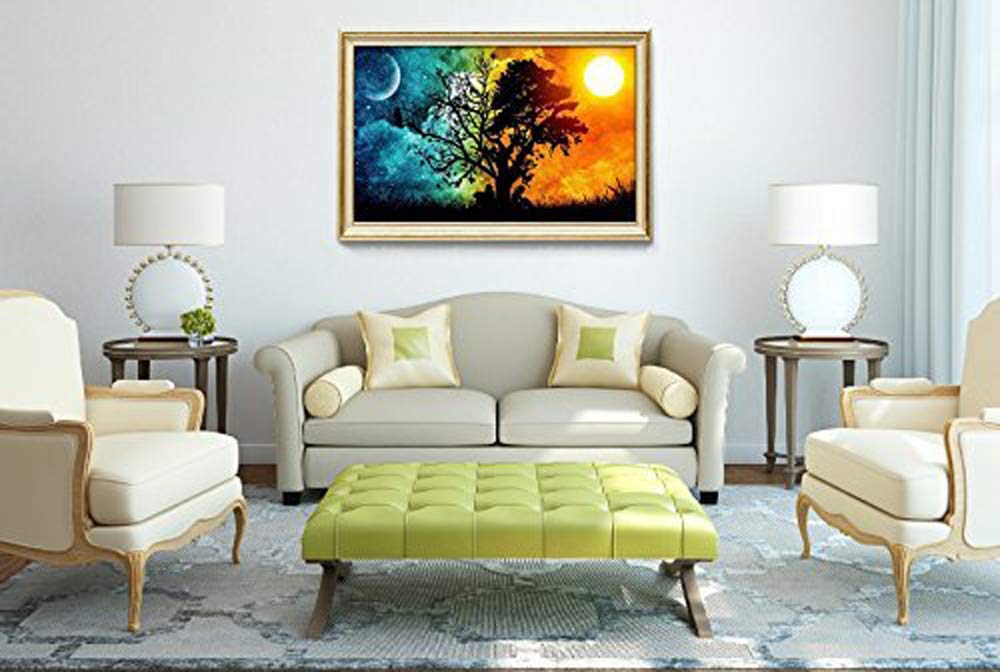 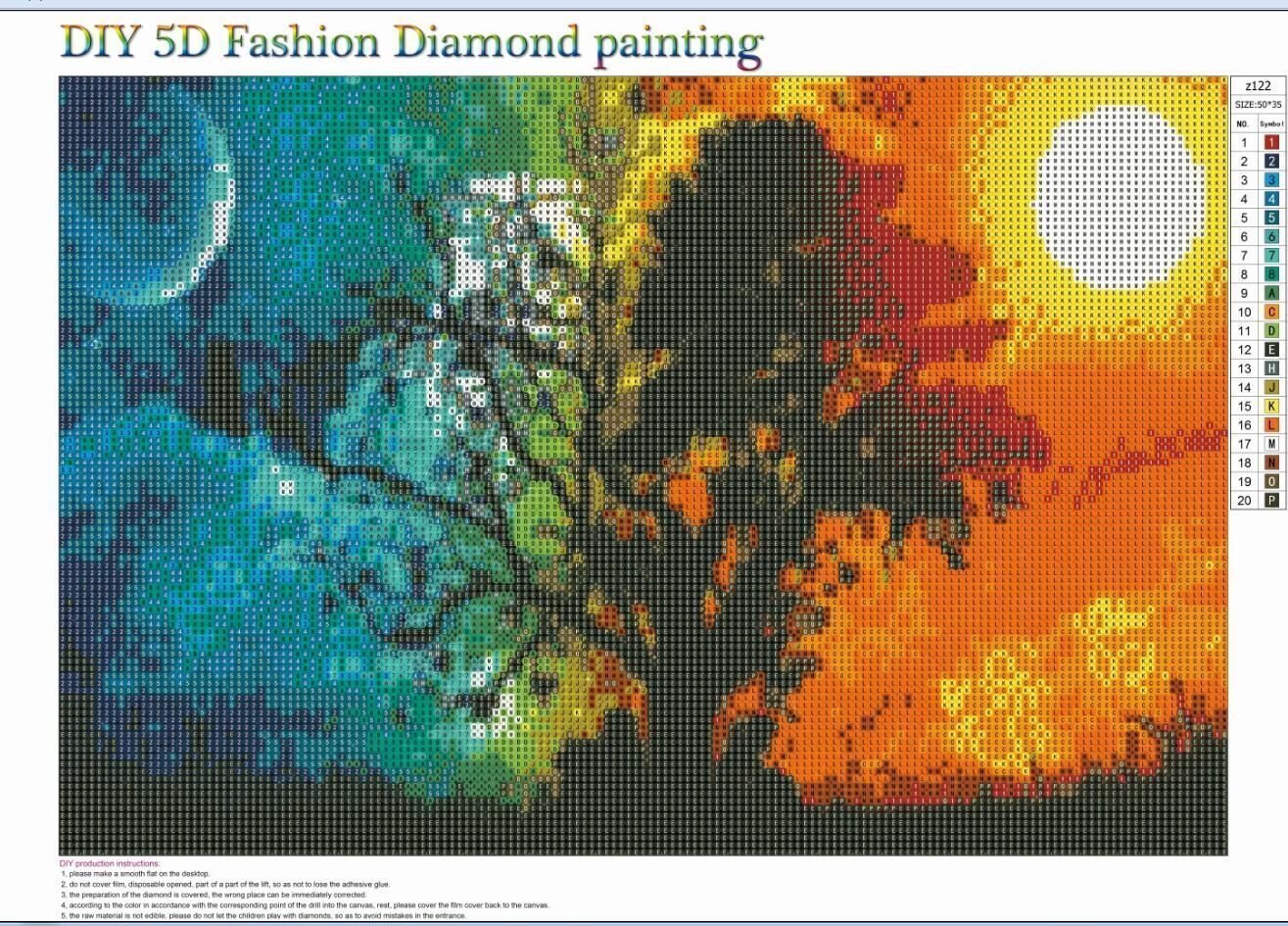 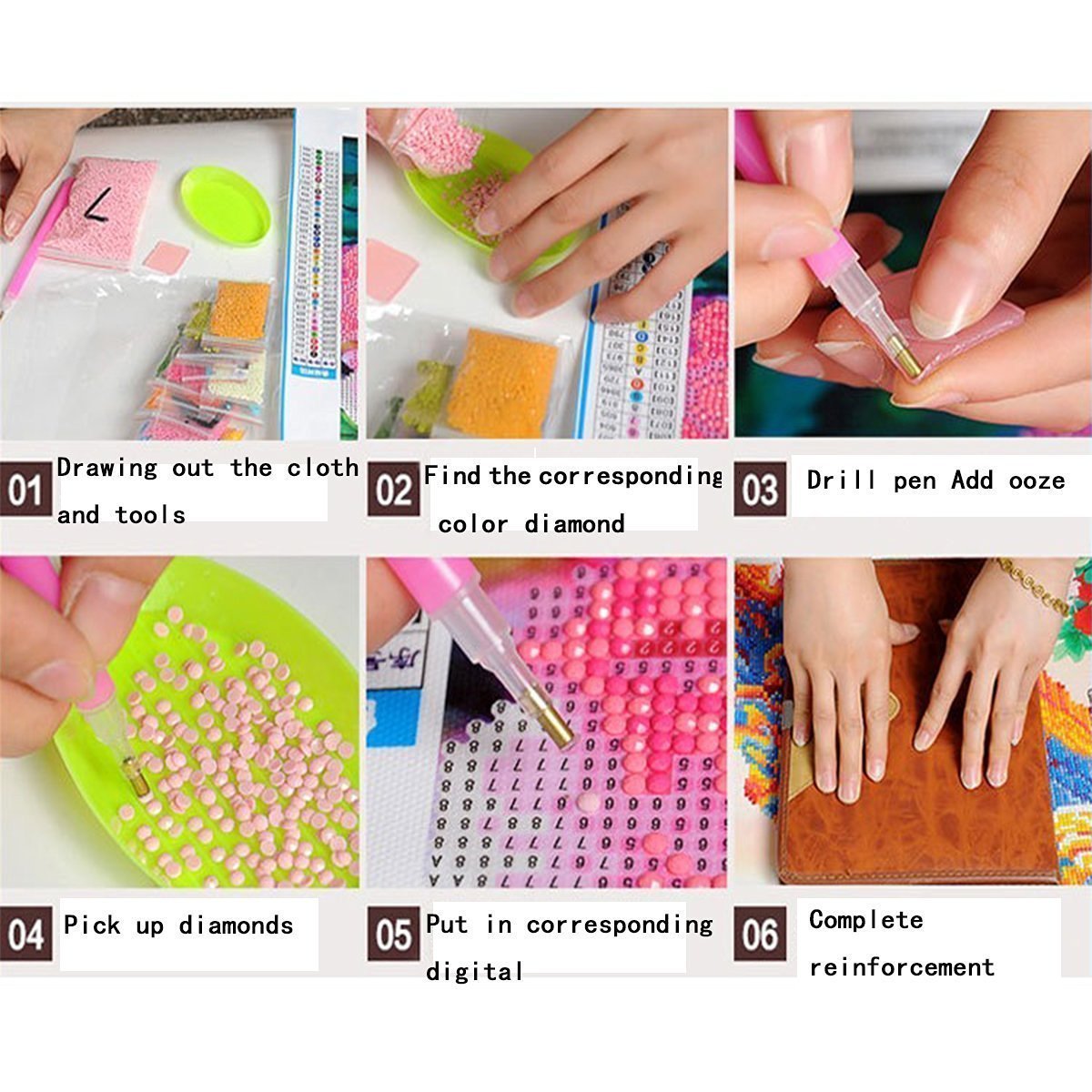 I recently finished a few diamond paintings from another seller and enjoyed it immensely. I saw this one and immediately asked for a coupon so that I could try out one from another vendor. It arrived quickly, but I haven't had the chance to sit down and really focus on getting it finished, though I have opened it and started on it a little.

I admit I was a tad overwhelmed when I first opened it and took things out of the package. There were SOOO many tiny pieces. But I knew from the previous two I did, one full drill and one partial, that it does happen and actually goes a lot faster than you would think.

As with the first set, there were no instructions. Luckily I had previous experience, so was able to get right in to it without the guesswork of the first go round. It comes with the pen and sticky stuff that allow you to pick up and place the diamond chips, so it was easy to get going.

There is a chart on the side of the canvas to show you which colors go with which diamond chips, so be sure to identify every color and baggie before beginning so you don't make mistakes and have to start over. Each bag has the numbers on them to show you what you need to use where.

There is one canvas in this package, giving you a full drill painting. Full drill means the entire thing is covered with the diamond chips. I do wish they would do a better job shipping the canvases though. They either fold them or roll them, but don't roll them around anything, so they come out smooshed and with creases. I have had to lay books on them to get them flat. But at least the adhesive is protected with a clear sheet over the top that keeps it sticky.

If you are looking for a DIY project that is detailed but not boring, try out some 5D diamond painting. I am already looking at others I may want to try out, even if they aren't destined for my walls. The process was addicting for me! 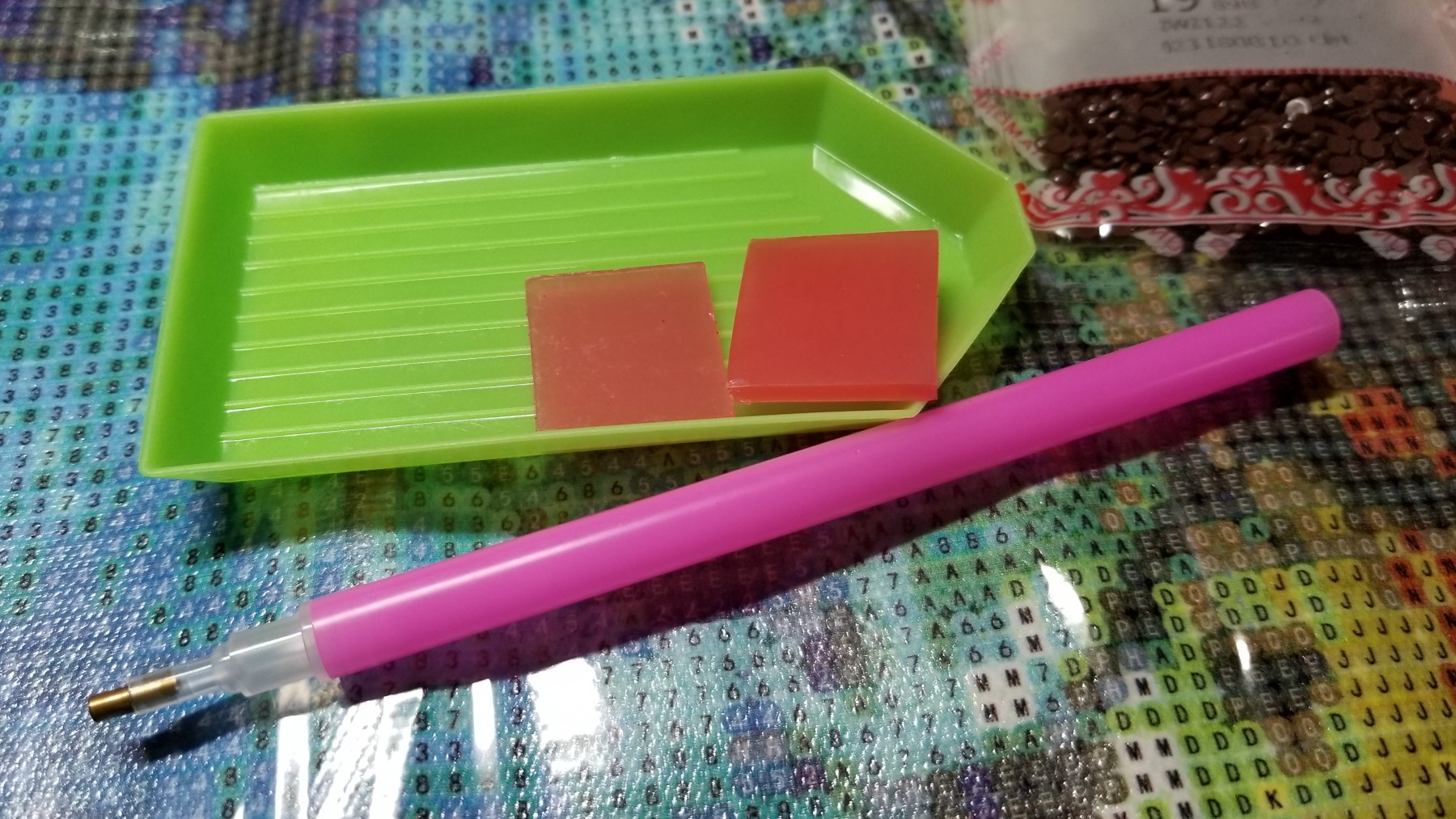 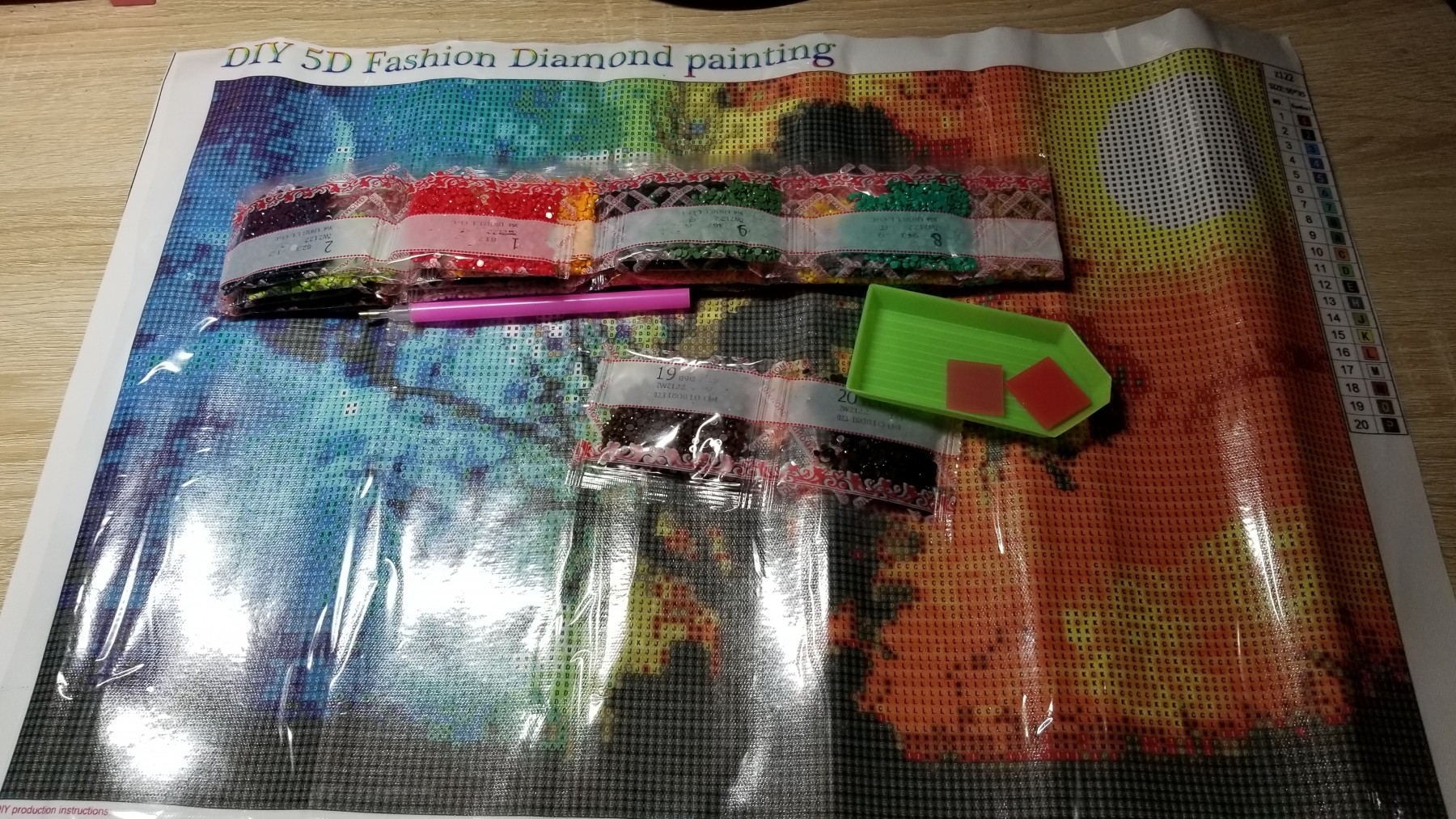 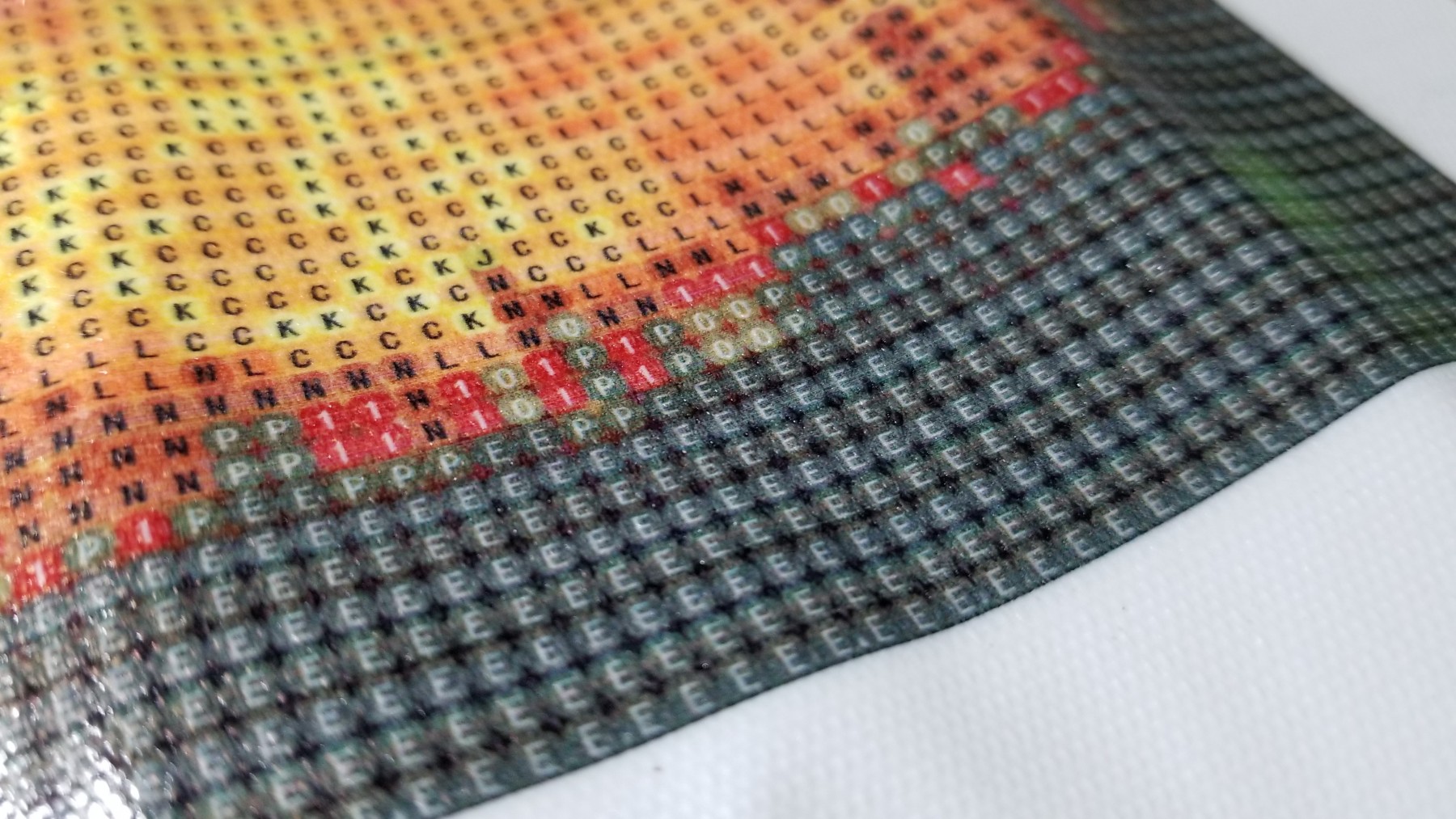 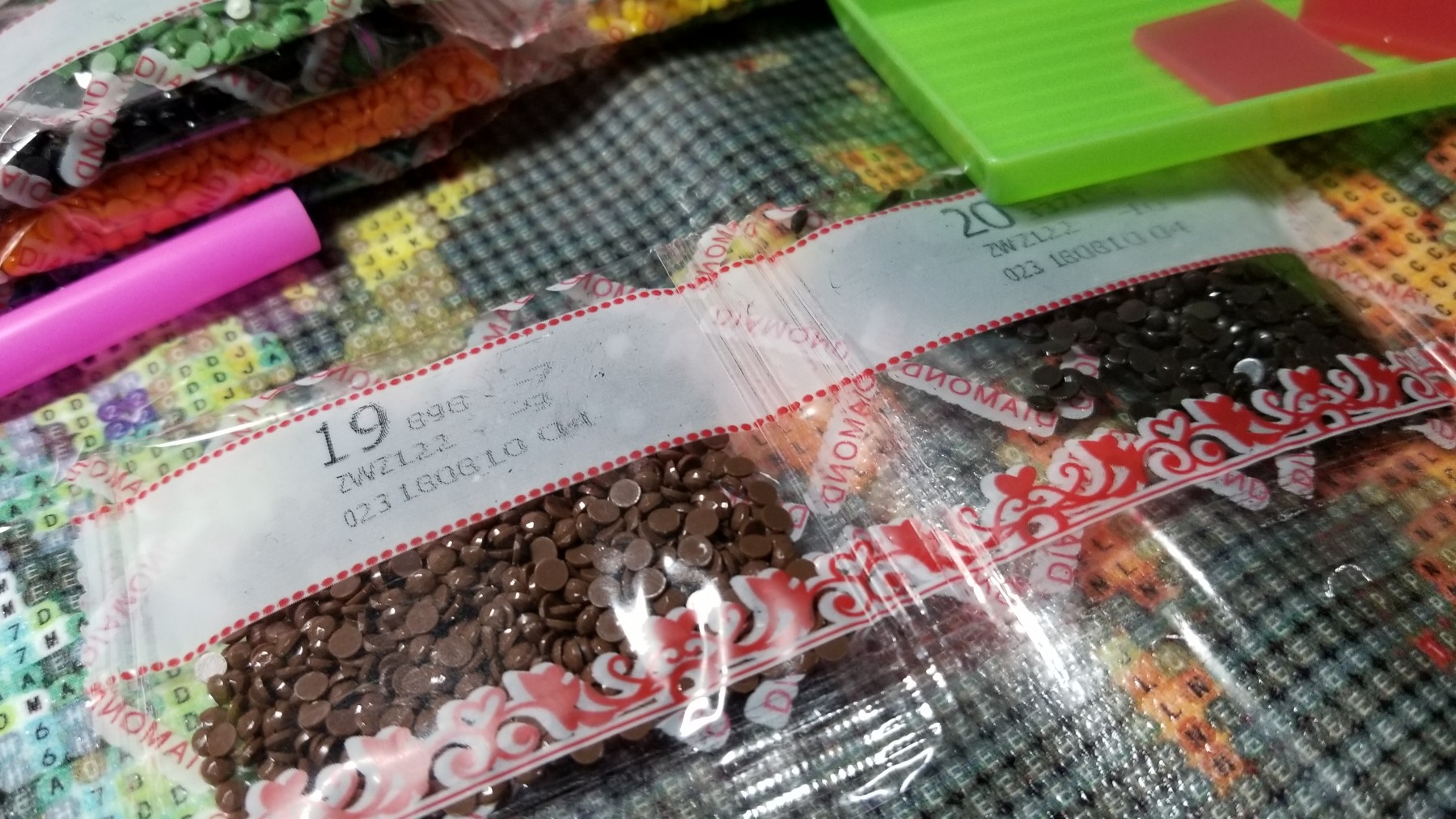 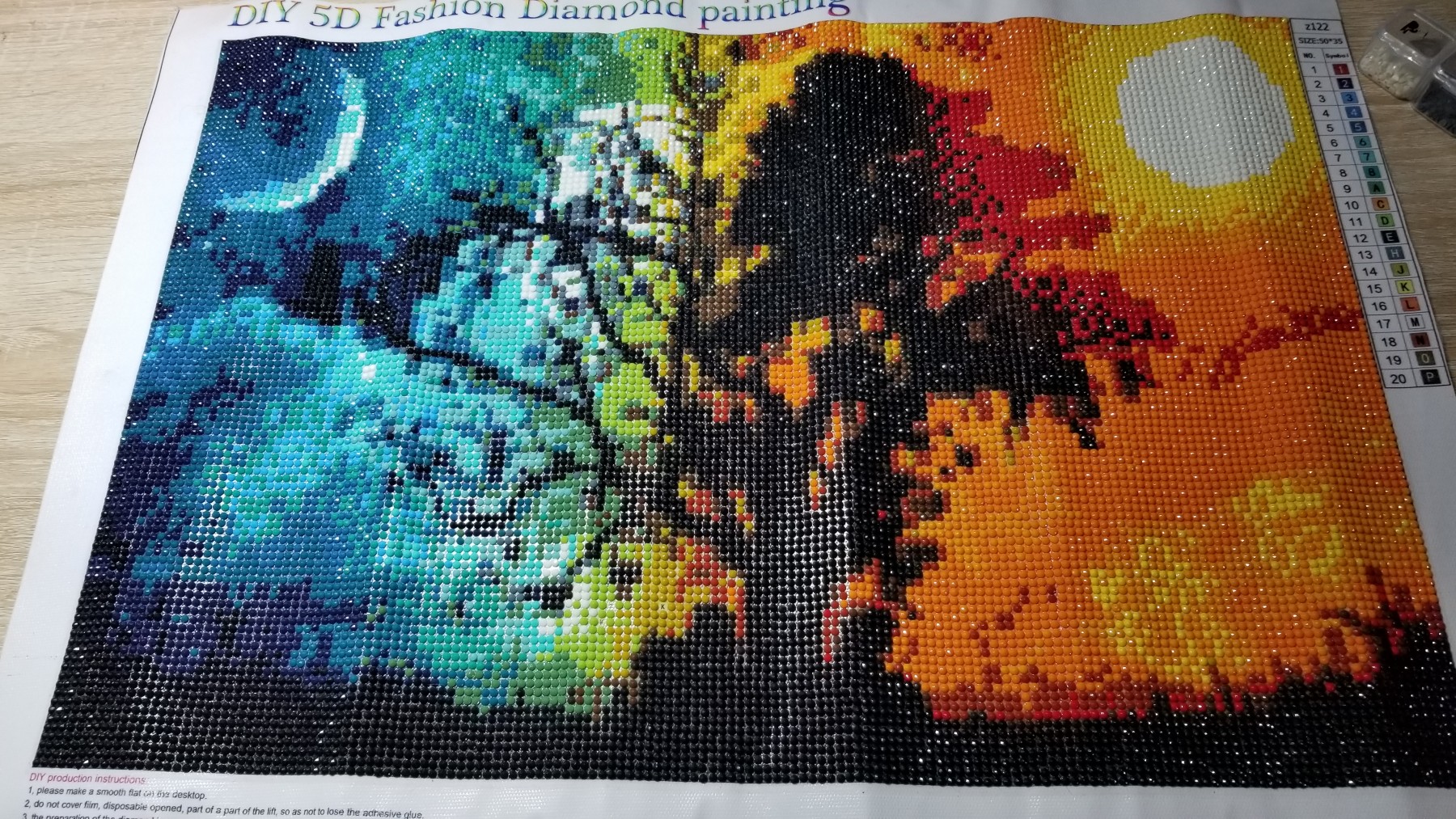