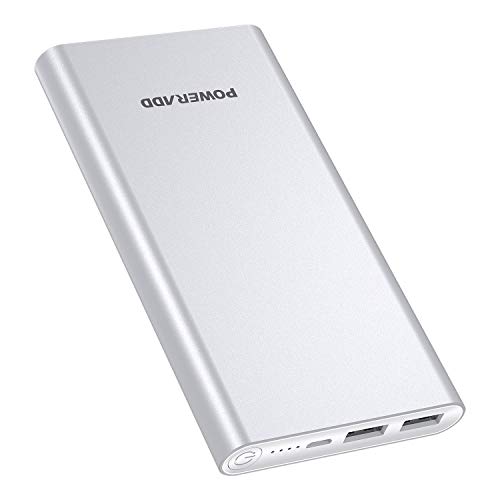 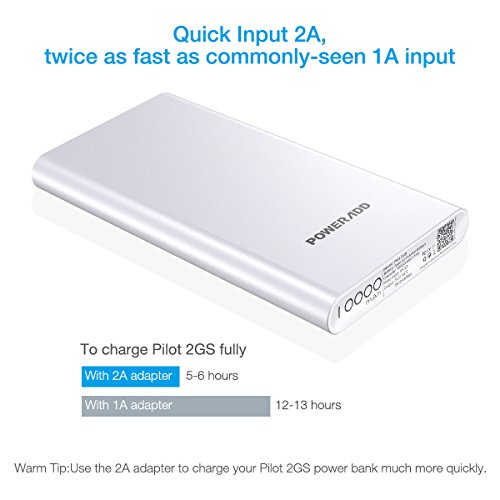 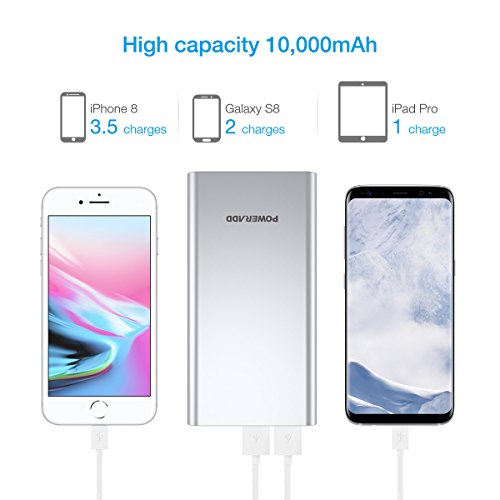 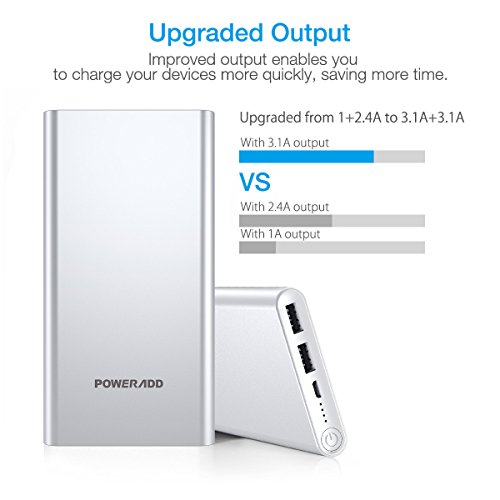 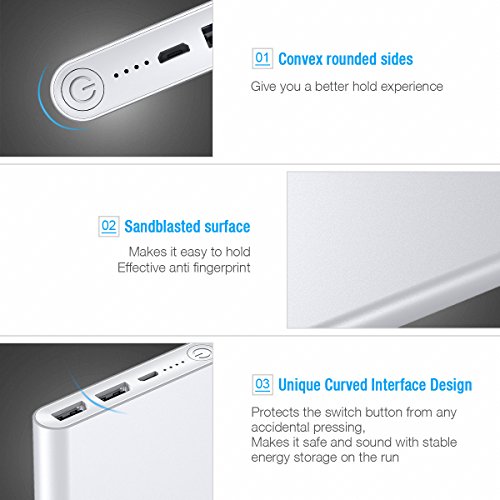 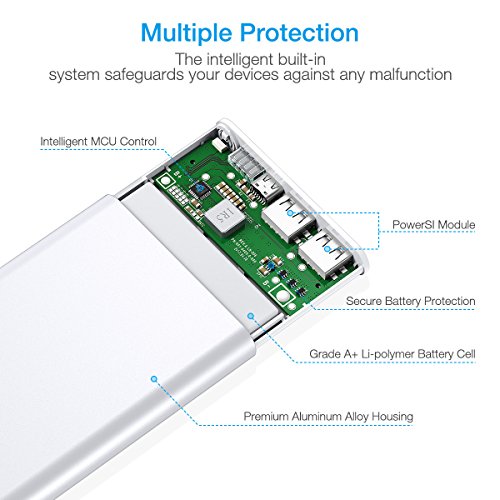 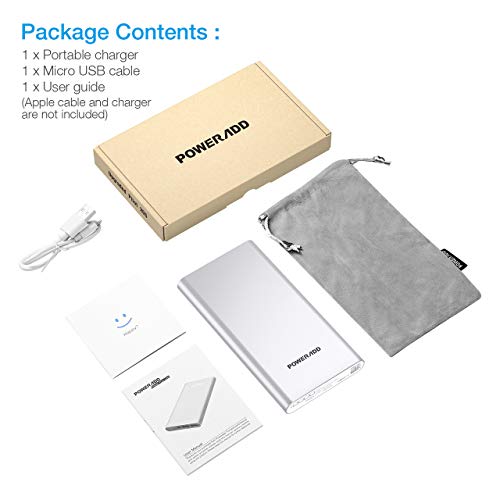 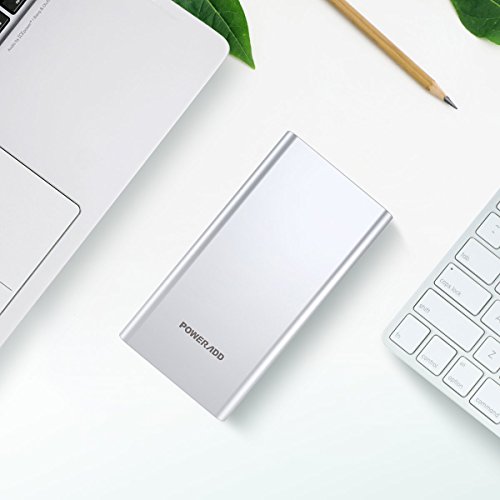 Dual Output】Two USB ports capable of 3.1A each, simultaneous use up to 3.4A (Max) ????【Special Design】 Metal case is more robust and the rounded surrounds give you a better touch. ????【Safer Protection】Premium Li-Polymer cell with multiple protection system to ensure your safety when using it. ????【Airline allowed】This power bank meets airline regulations and can be taken on board. ????【What You Get】1x 10000mAh power bank, 1x micro USB cable, 1x Portable Pouch, 1 x User Guide

Wasn't expecting too much for the money, bought it for a festival in an effort to keep my phone powered as long as possible.

Arrived at the festival Thursday morning with a nearly full battery (galaxy s7). With the phone set on basic power saving, with moderate use, including Spotify playback to a Bluetooth speaker the phone lasted until early hours at which point when going to bed I put it on charge with this power pack.

The pack has two usb ports, one with one power icon and one with two. Not having read any instructions (I am a man after all) I just assumed the port with two power icons was for faster charge so opted for that.

I had plugged my phone in to the pack a few times over the weekend whilst at camp and playing music with it, I'm sure without that it would have managed a full charge each of the nights.

Overall very happy, provided more charge than I expected for the price and successfully kept my phone on Thursday through Sunday.