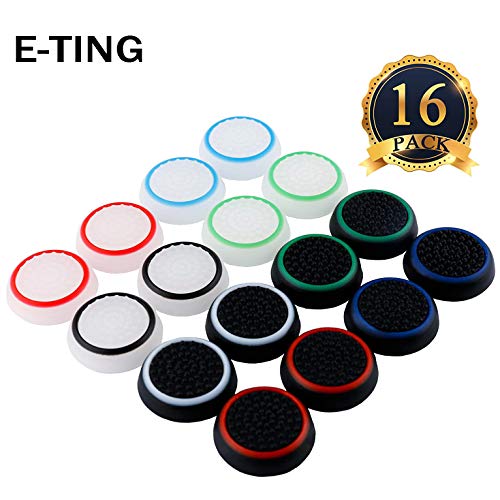 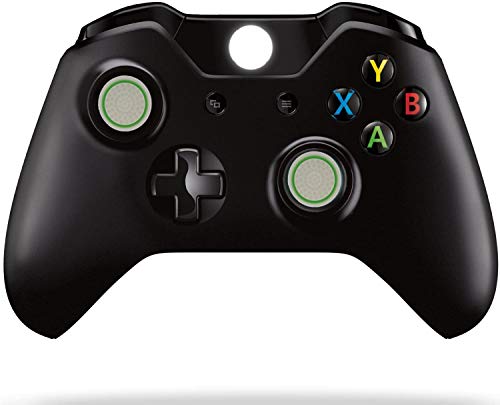 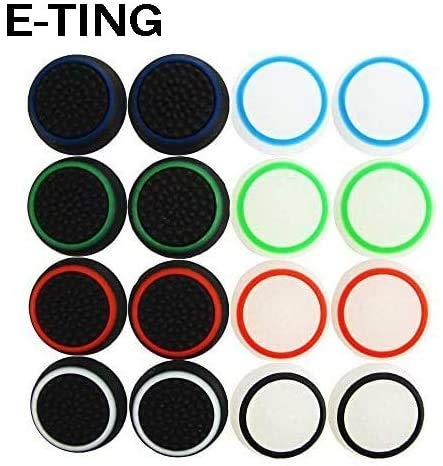 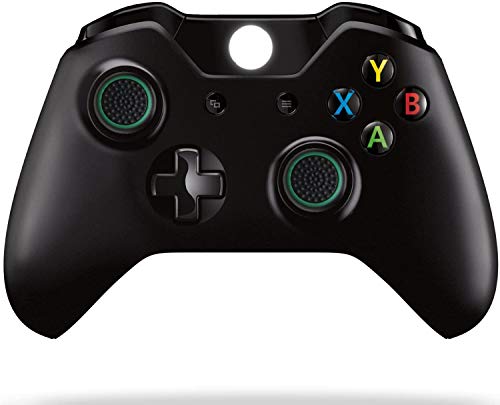 So I got the E-TING thumbstick grips mainly for my PS4 controller as the rubber has started to wear away on them.  I did originally try a different pair purchased from Amazon but they were not a good fit causing them to move around and even fall off so I was skeptical trying another set however I was blown away by these.

These thumbstick grips are amazing.  I have put them on my PS4, PS3, Xbox 360 and Xbox One controllers and they fit great.  These grips dont have any play on any of the controller thumbsticks I installed them on and even after hours of use I havent had any come off or even feel like it was going to come off which is a big plus.  I originally had an issue getting them on as the fit is so tight but I found it was alot easier if you start by turning the grip inside out and folding it over the thumbstick.

Another plus on these grips is the nice little color rings around the top of each grip as well as the face that they have them all in either black or clear.  I personally like the black ones but my cousin loves the clear ones so its totally personal preference and I love that they give you the option.