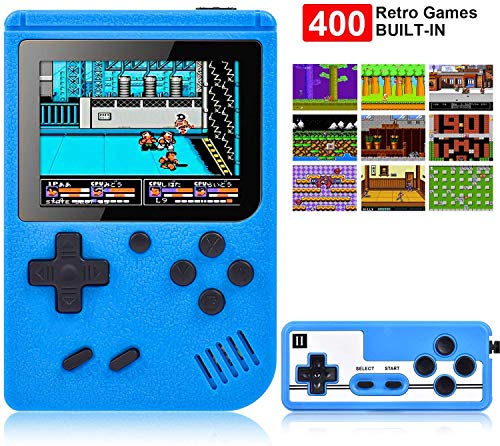 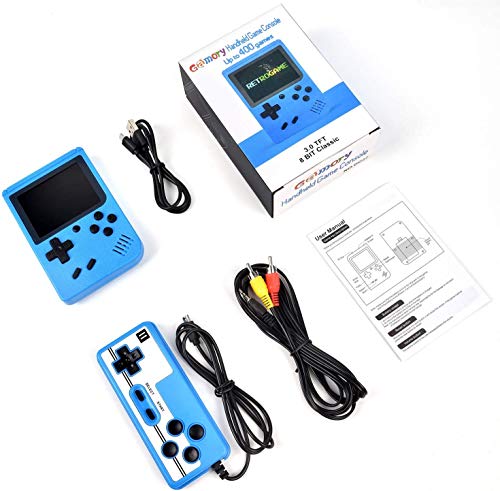 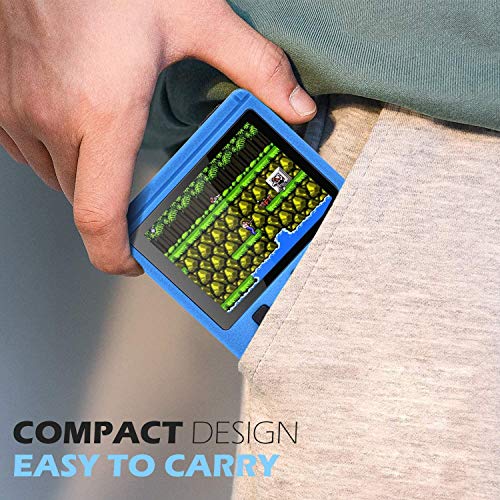 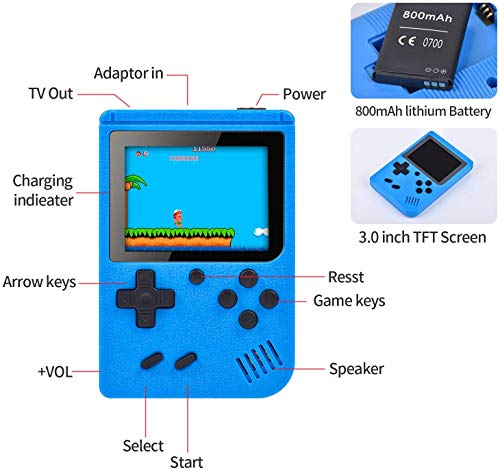 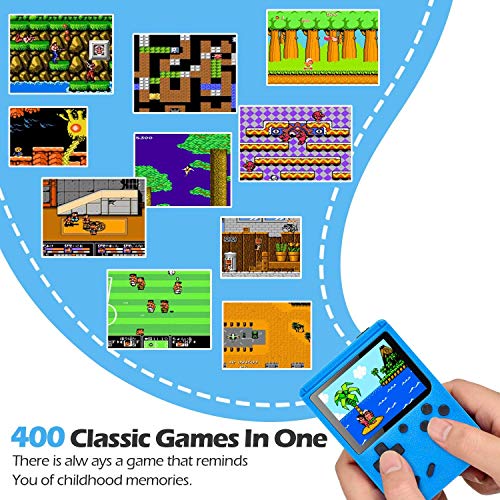 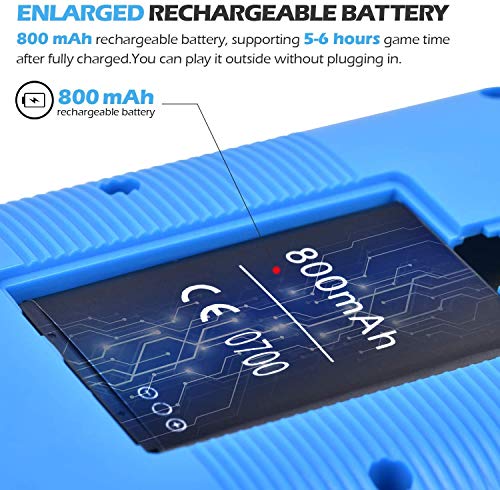 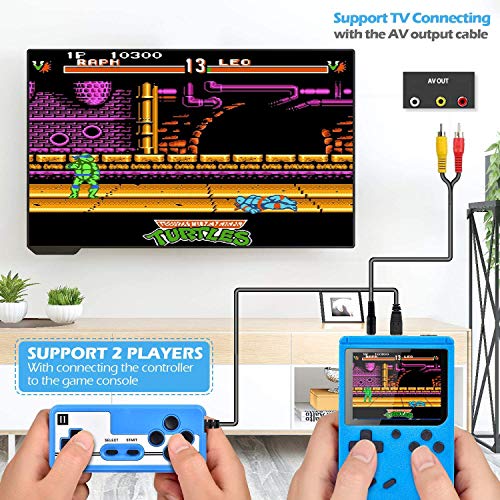 TLDR:
Some great retro games (and a lot of crap ones too)

Cons:
Some duplicate games
Audio out to TV is mono
Video out to TV is not HDMI
Doesn't store language preference
Some games corrupt
Game selection UI could be greatly improved.

Thoughts:
The console is styled very much in the design of the classic Gameboy, though with four action buttons, rather than two, the d-pad, start and select buttons, and a reset button that takes you back to the main menu. Games are selected from a scrolling menu. Thankfully, you can skip a page at a time by pressing left/right, rather than up/down. The list doesn't seem to be in any particular order, and there are very definite duplicates on there (the one that stuck out for me was Pac-Man, but I counted quite a few.) I suspect these are just different region ROMs that have been used.

The machine has a rechargeable battery, much like an old Nokia phone battery, and charges from an older style mini-USB port, rather than the more modern micro-USB or USB-C. The AV output is at the top of the handheld unit, a 3.5mm jack, but sadly only has a 2-RCA connector cable, so the audio output looks to be mono. Also, sadly, no HDMI, so for those modern TVs without RCA connectors, you'll be stuck playing on the handheld. That said, the screen is clear and easy on the eyes. It does have the occasional glitch though, like a mid-90's laptop screen, rather than a modern LCD/LED, but generally these occurred on the home menu rather than in the games.

A second controller is included so that you can play two player games - not tried this yet (Billy-nae-mates and all that) but again, it's styled very much on the old NES controller, albeit with four buttons rather than the two.

Somehow, I'm not convinced that this is a fully licensed machine though, with the 400 titles included. There are some of the classic Mario games, some Konami arcade conversions, etc. Rolling Thunder, Pac Man, Excitebike, Rush'n'Attack are just a few of the games that I've played so far. The one that seemed to have serious issues was Hyper Olympics. I was never a huge Nintendo NES fan. When it was around, I was more interested in the Sega consoles, or more importantly, the Spectrum or Amiga. That said, I have to admit that there are quite a few worthwhile games on the system.

This would be ideal as a cheap distraction for kids for a long car journey. Cheap enough to buy one each, and with reasonable enough games that they shouldn't complain too much that it's not a Vita or Switch. Also, not a bad gift for a retro games fan, though the more hardcore fans will probably turn their nose up at it...

My biggest complaint is that there's no way to store your language setting, so every time you switch it on, or even just hit the reset button, you're asked to choose your language - 1. Chinese / 2. English... On more than one occasion, I've ended up with the system in Chinese because I was too busy trying to get back into a game... A minor complaint though, and for the price, it's really not that bad...

This product is subject to specific safety warnings