It's a cute little mini drone. 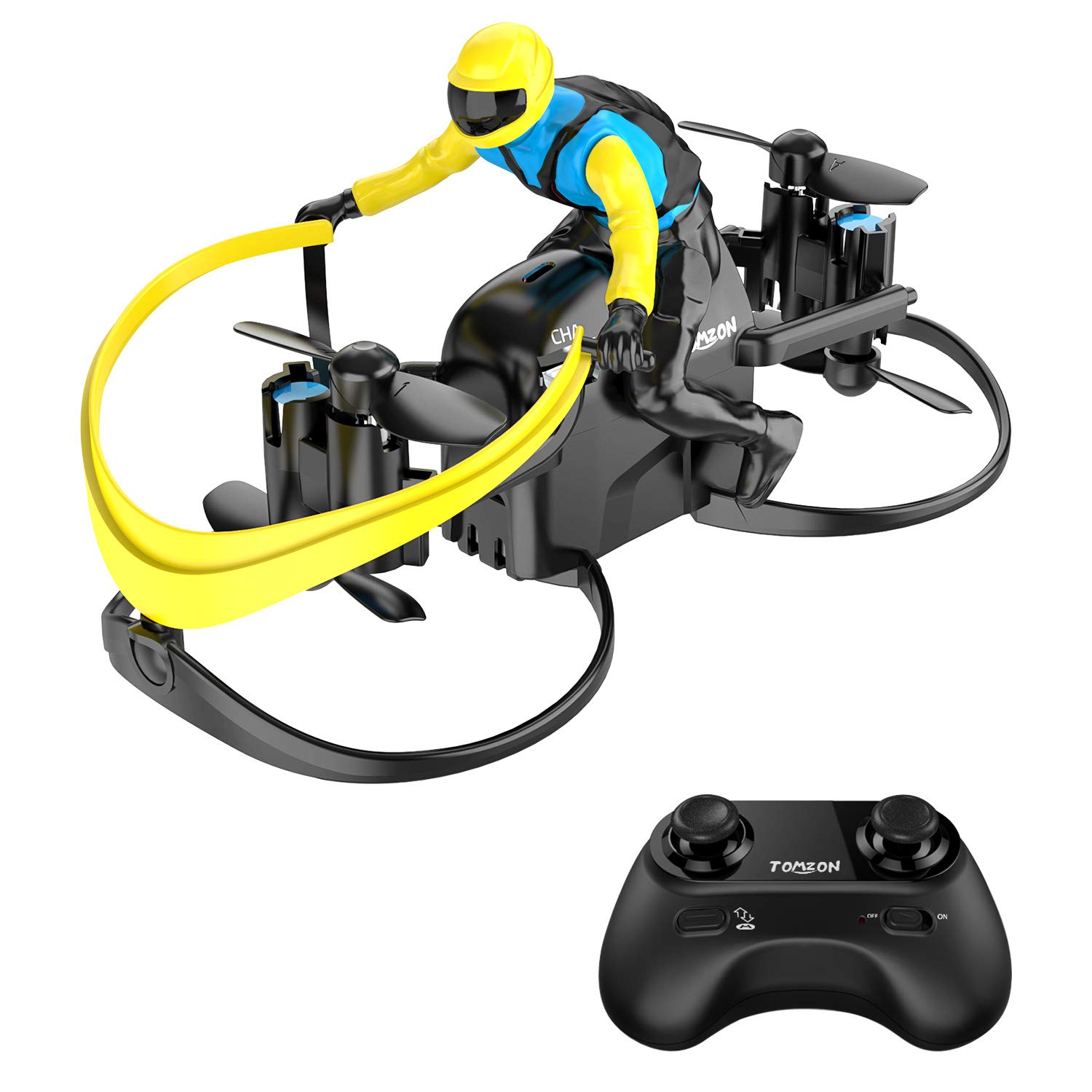 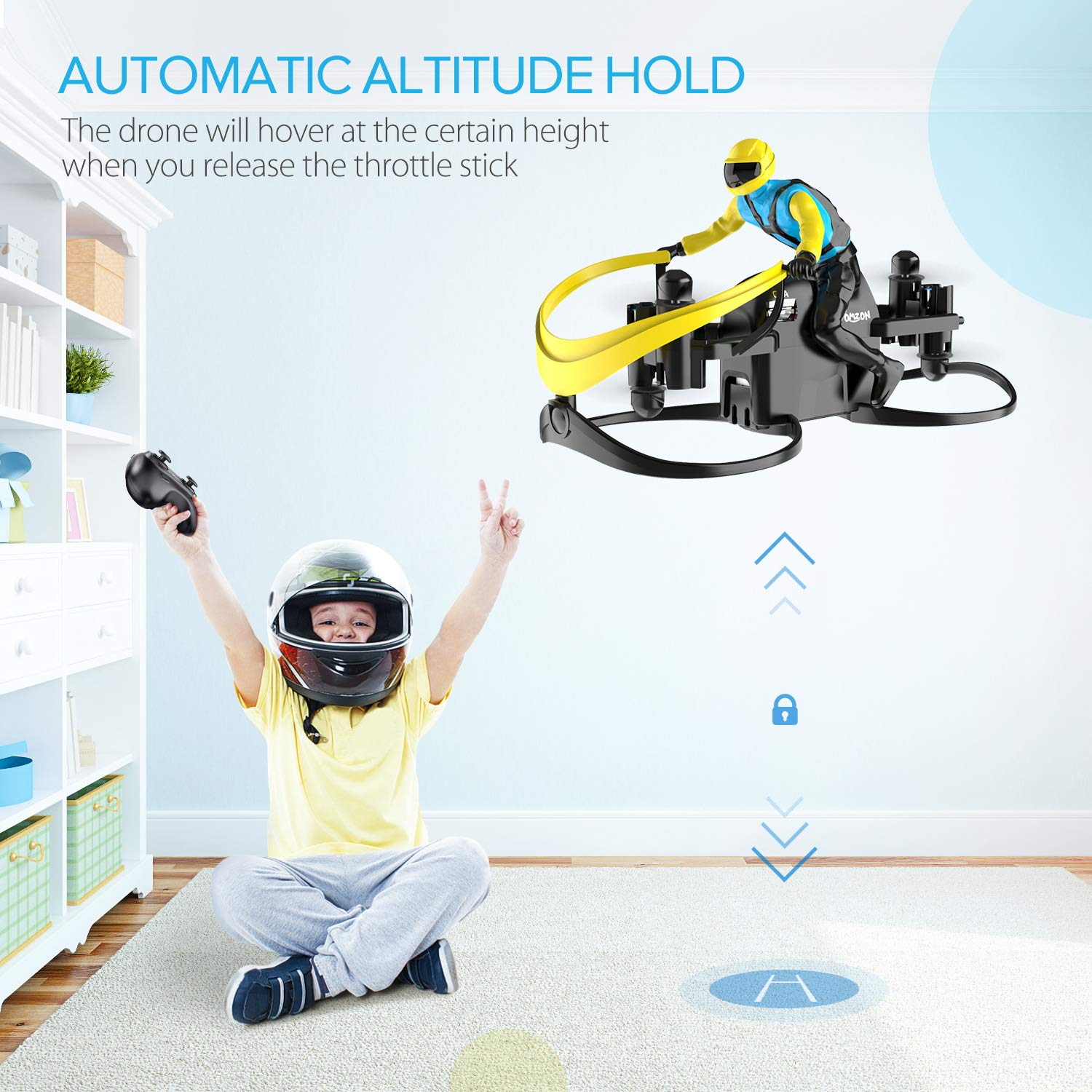 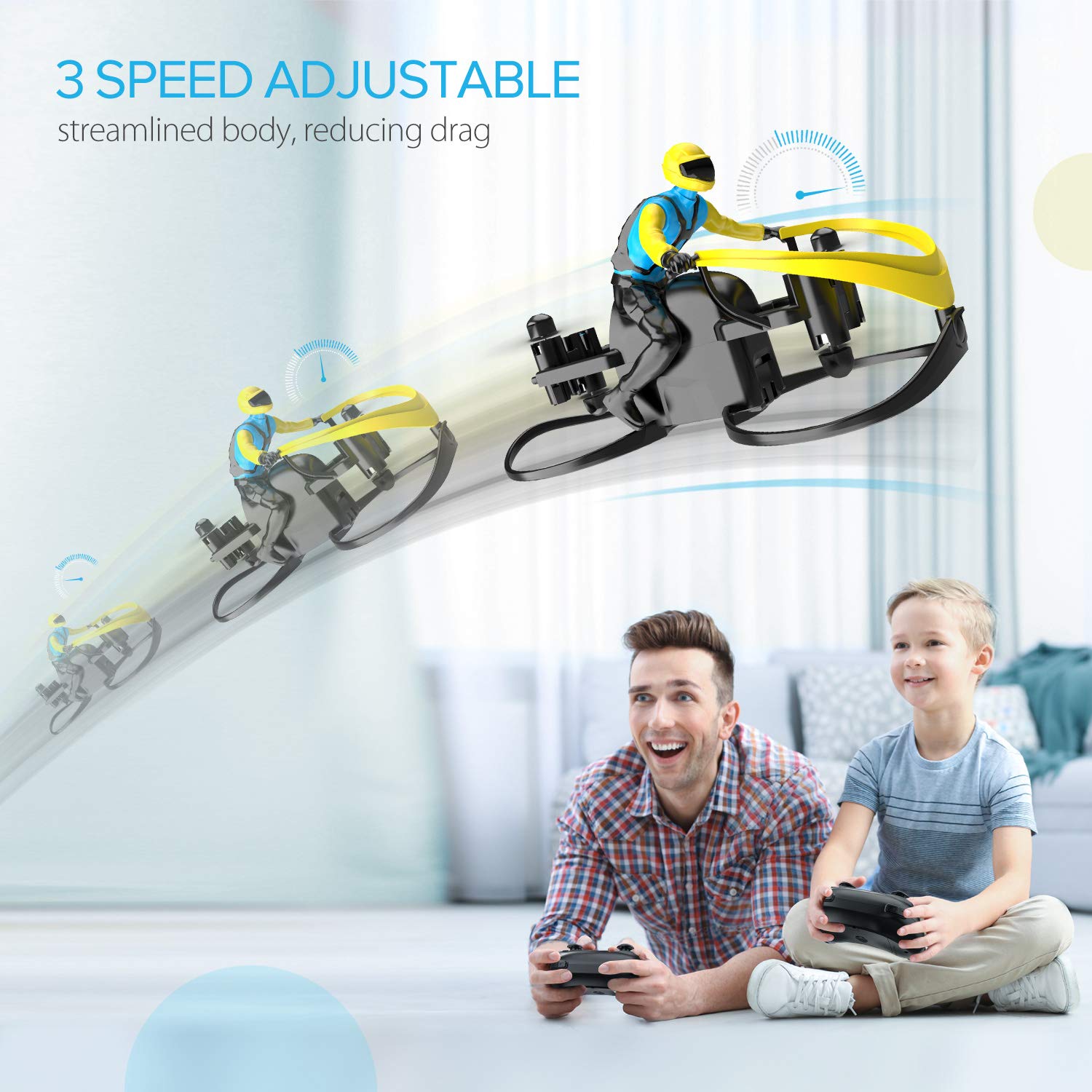 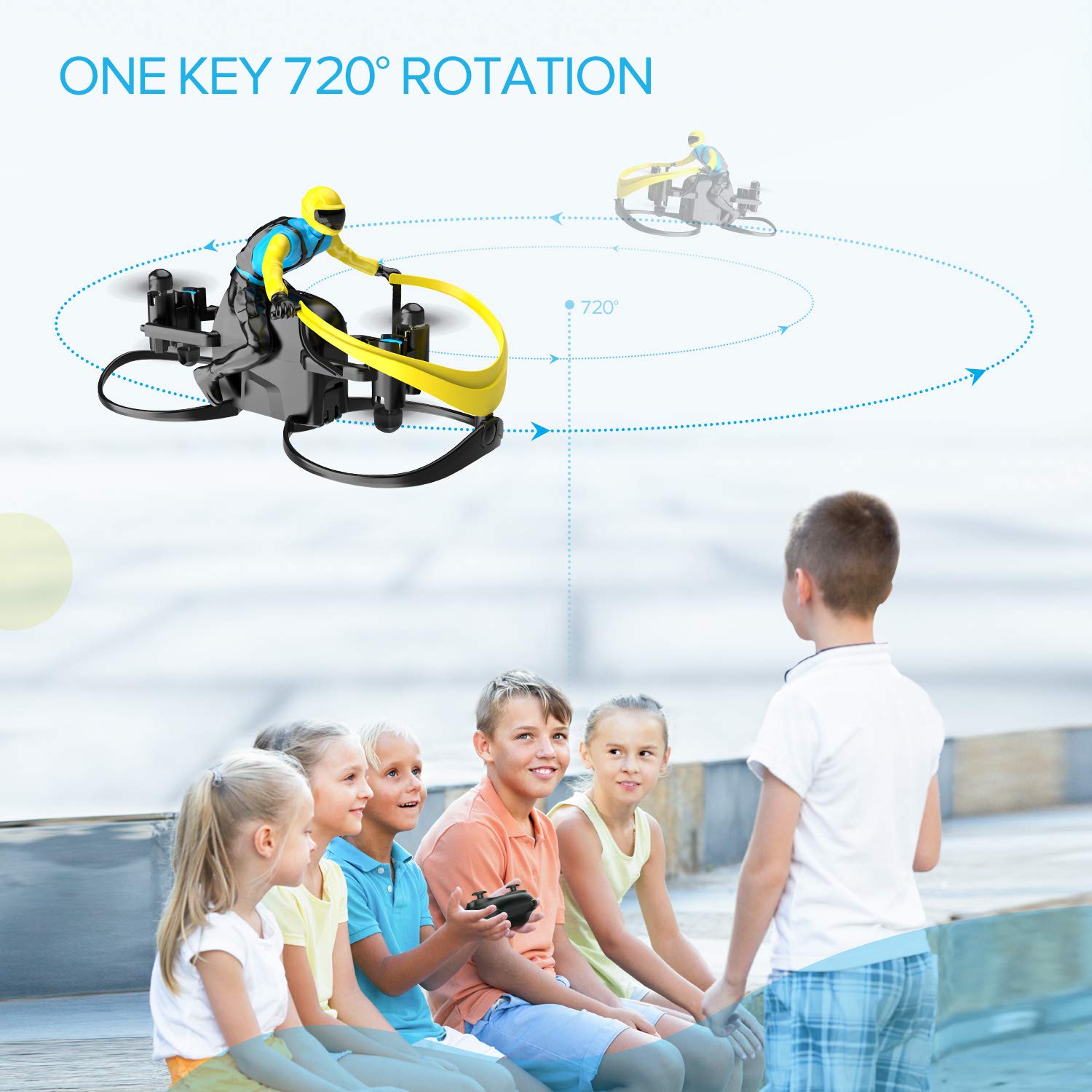 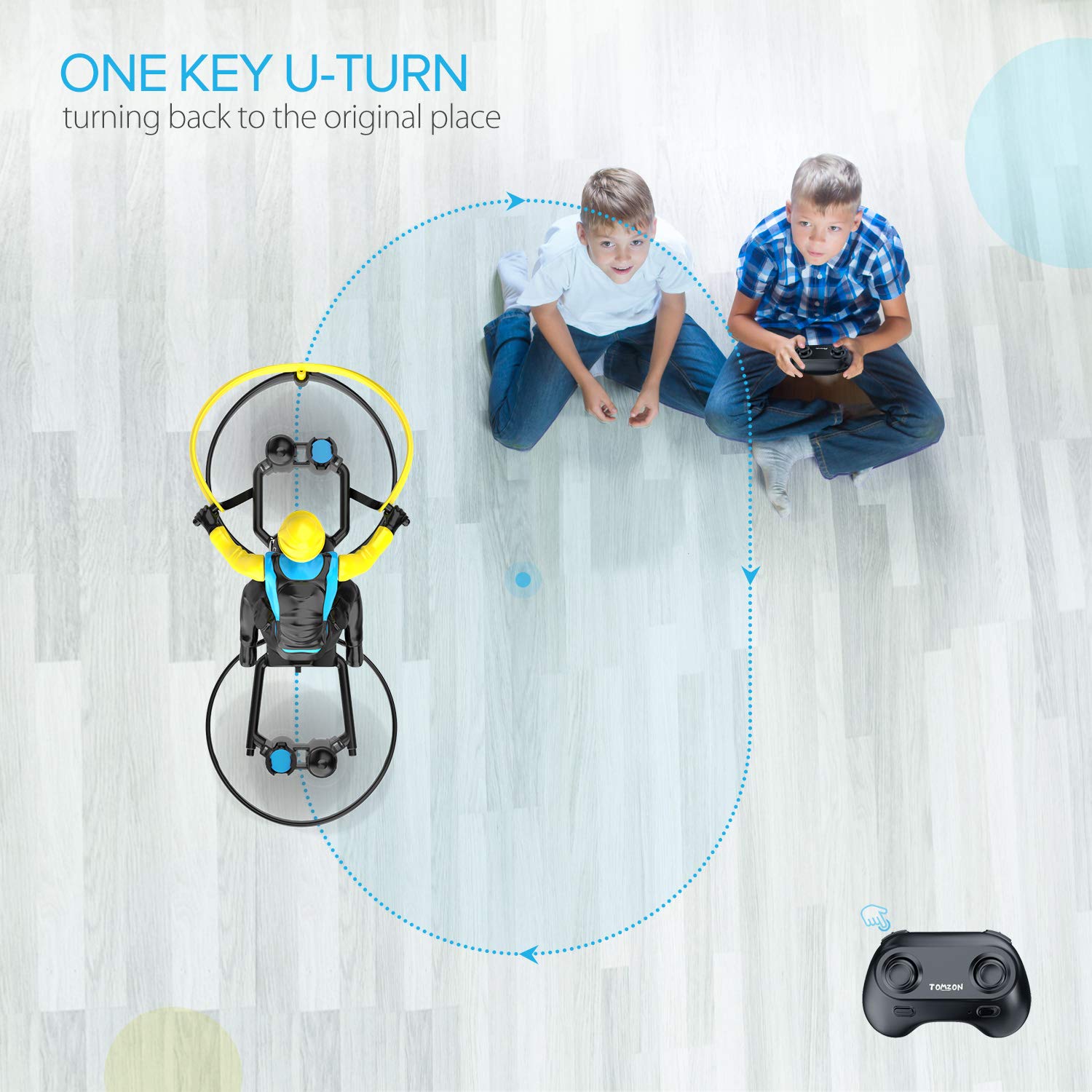 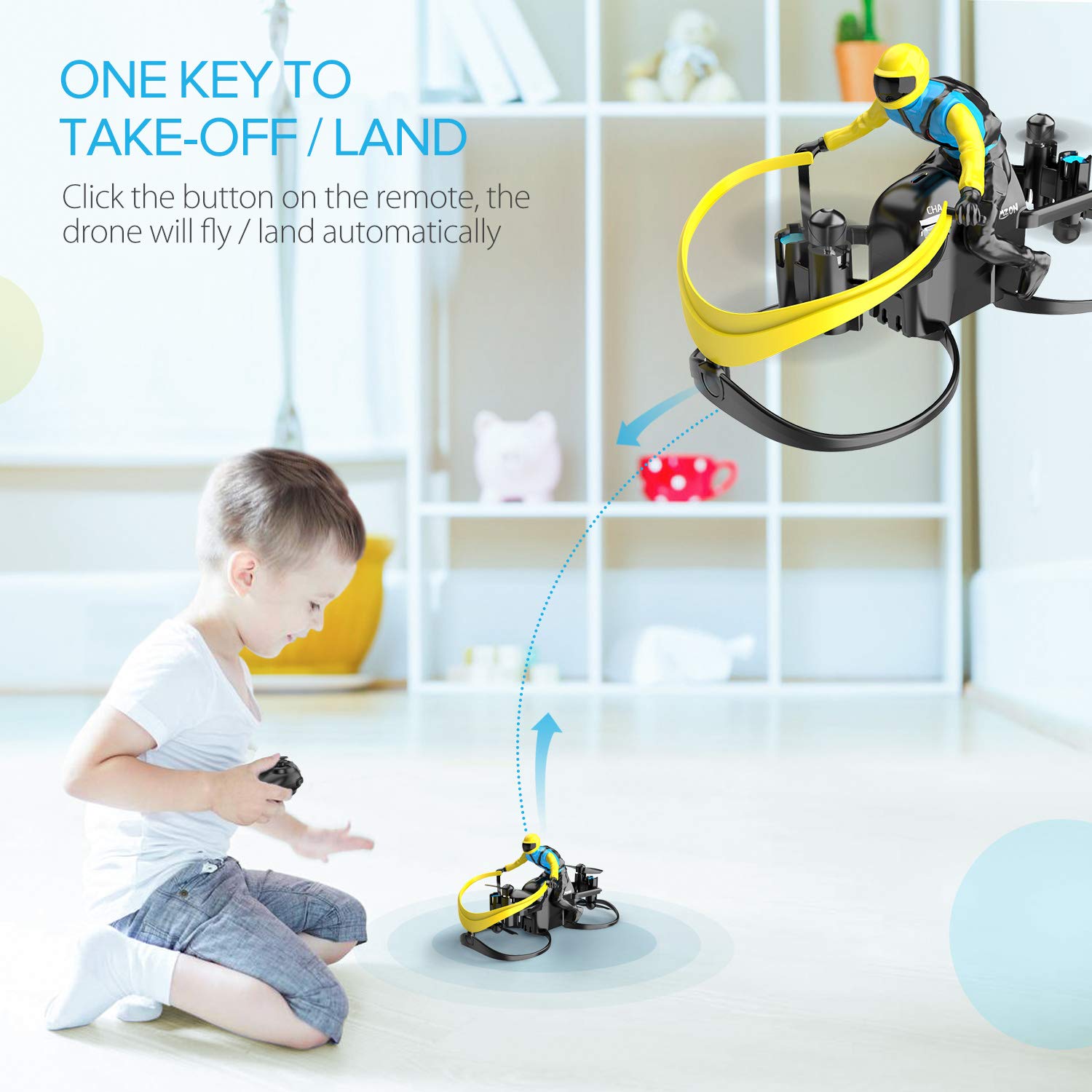 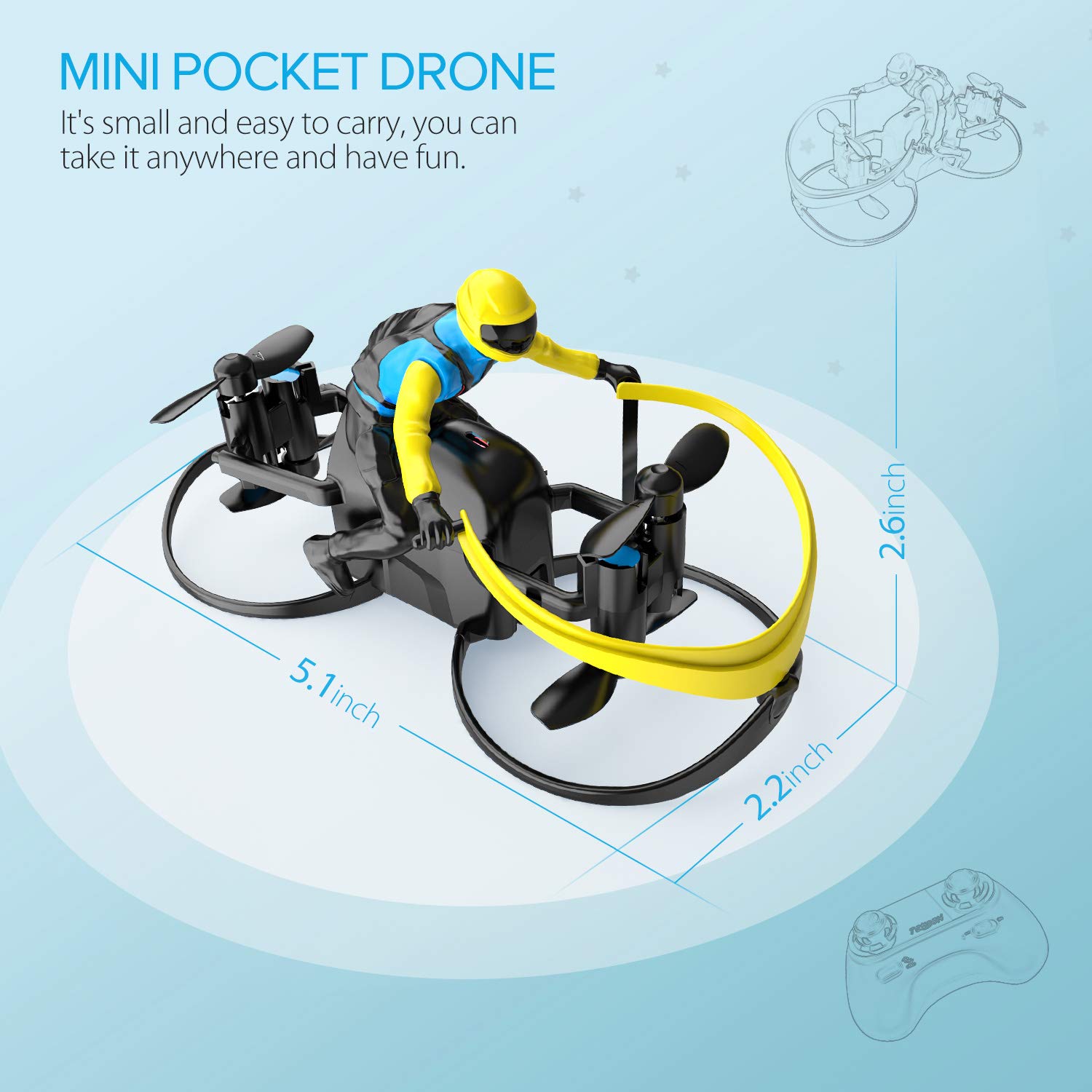 It works. So that's good. The controls are okay. I wouldn't say they are the easiest for my 7-year-old who I purchased this for though. Her 13-year-old cousin did a bit better than she did however and wrecked it a lot less. I think it is best suited for older aged children who have more hand and eye coordination.

The biggest problem we encountered really was that the little guy that comes with this as the rider will not stay riding it. lol. No matter what we try the little guy falls off almost immediately which was a pretty big downer for my daughter. She was excited that there was a rider that she could imagine she was helping to find adventures to get in to. She wanted to fly him to all kinds of places to explore...But if he won't stay on apparently I'm told he can't get to all the places he wants to see out there in the galaxy. Haha. I could personally get over the fact that the rider doesn't stay mounted on the mini drone, but it's not for me it is for the kiddos. Therefore it is somewhat of an issue.

I'd still say there are probably many older kids out there who could get a lot of fun and use out of this item. It's also a great way to practice flying and manipulating a drone before investing more money into a larger one.

Btw, It can even be flown indoors!