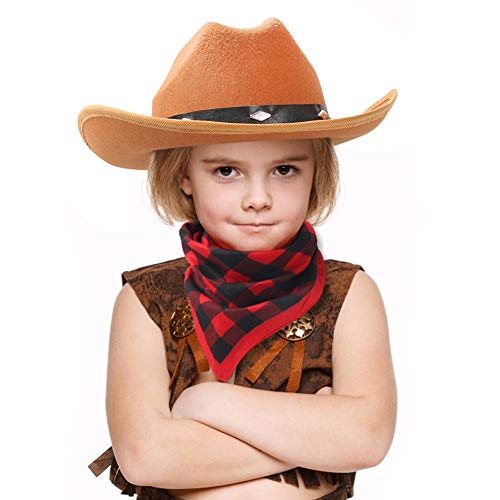 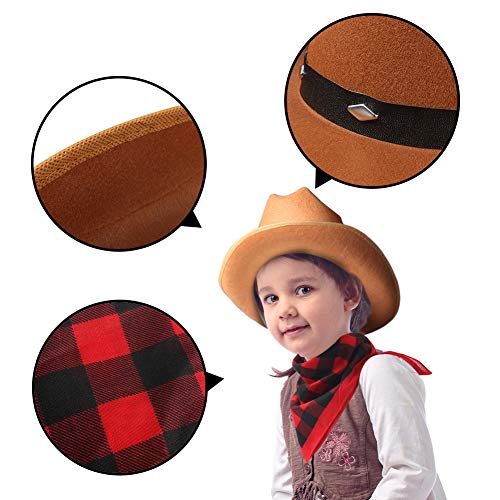 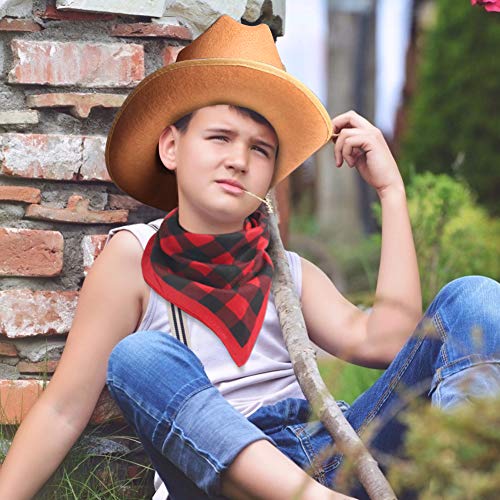 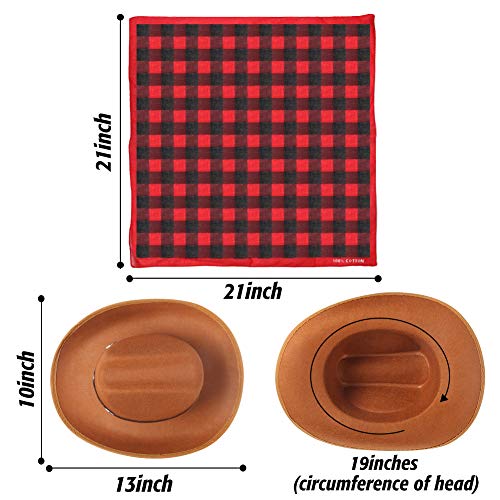 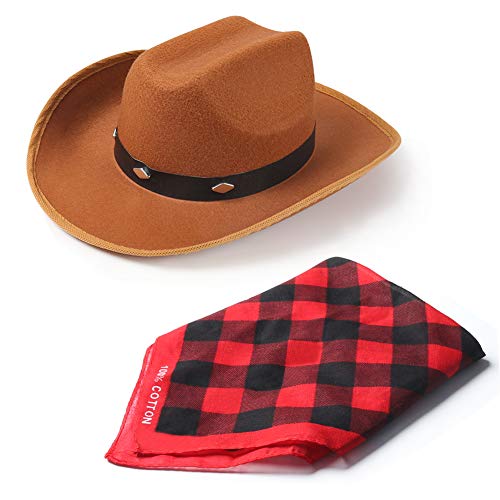 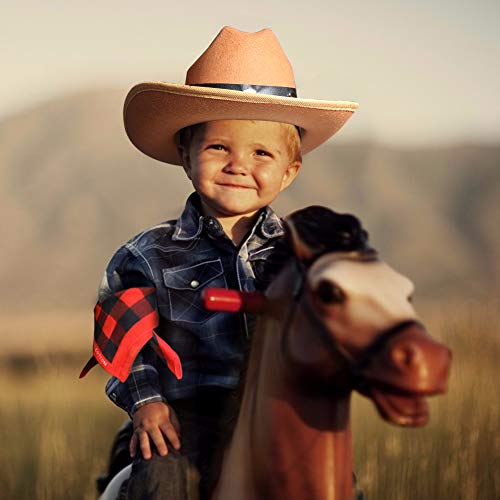 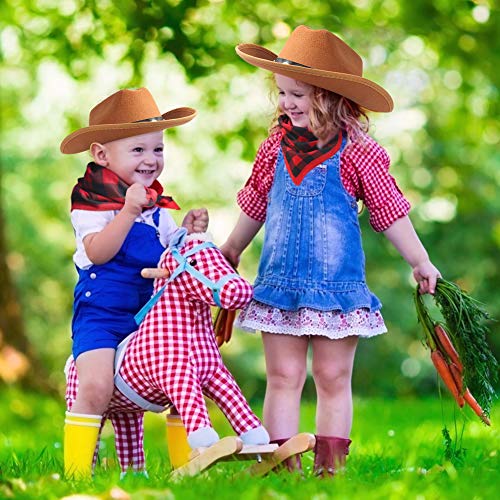 I was really impressed by the quality of this hat when I received it. I was expecting something similar to what I might find at the dollar store. I was thinking that it might be like those cheap costume hats that would barely survive one wear but this was much, much better than I thought it would be. The hat is made of a rigid felt material and has a black leather band with three silver diamond shaped studs. It also came with a red and black buffalo plaid cotton bandana to complete the look.

My daughter is 7 and this hat fits her well. It doesn’t fall off when she moves around. I had originally planned to put this in her dress up closet for when she does pretend play but she has decided that she wants to use it as part of her Halloween costume this year. I will be proud to let her wear this set because it looks very nice and is high quality.