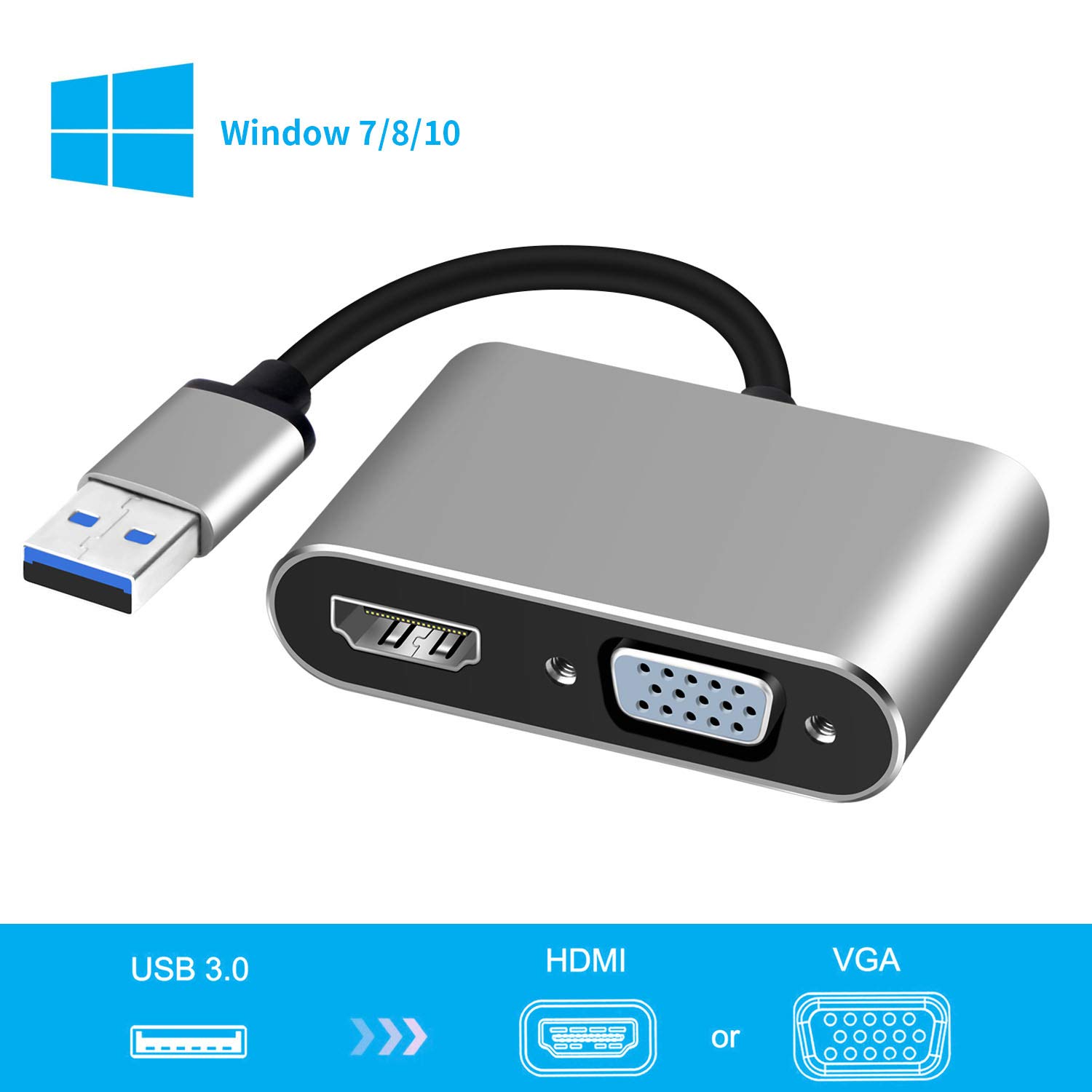 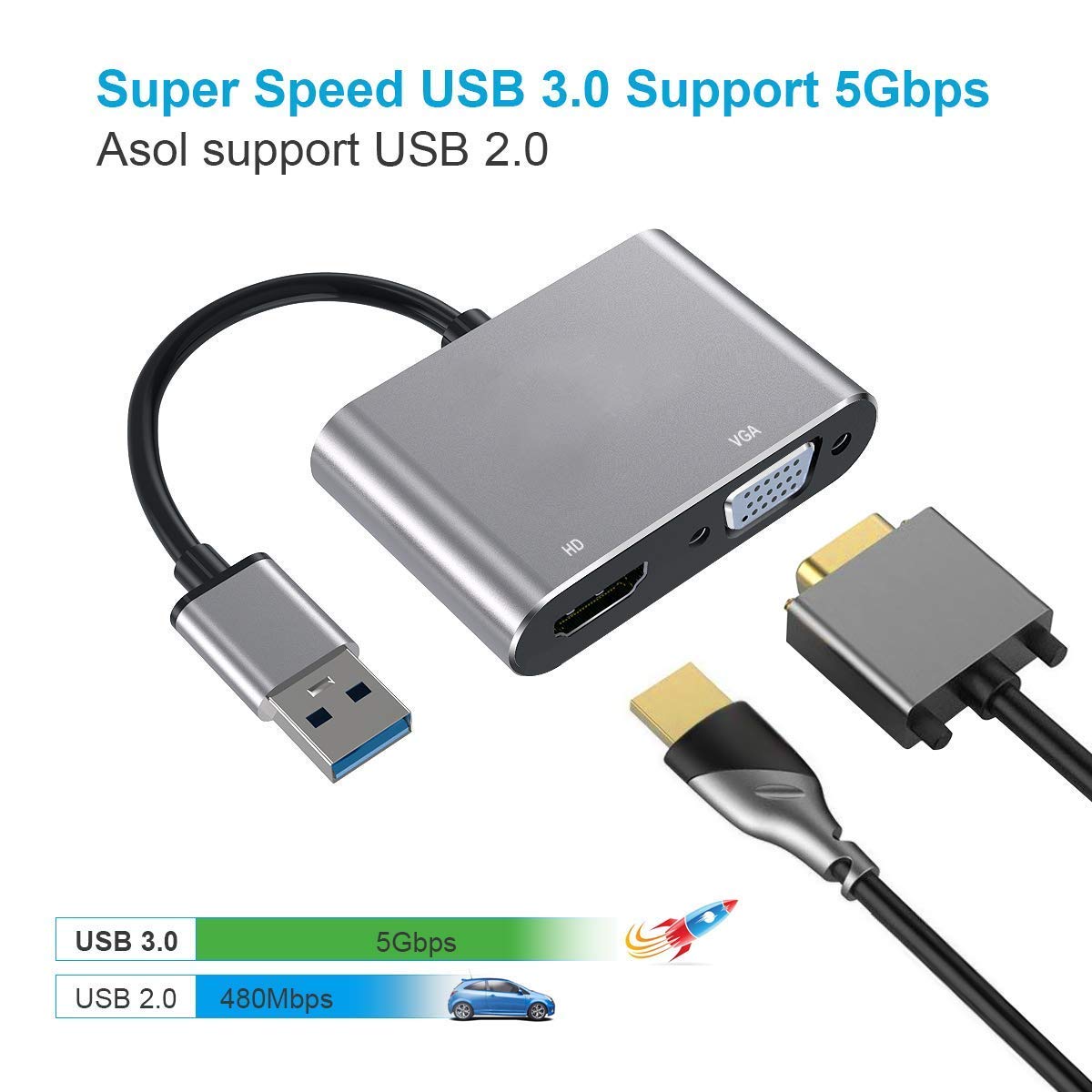 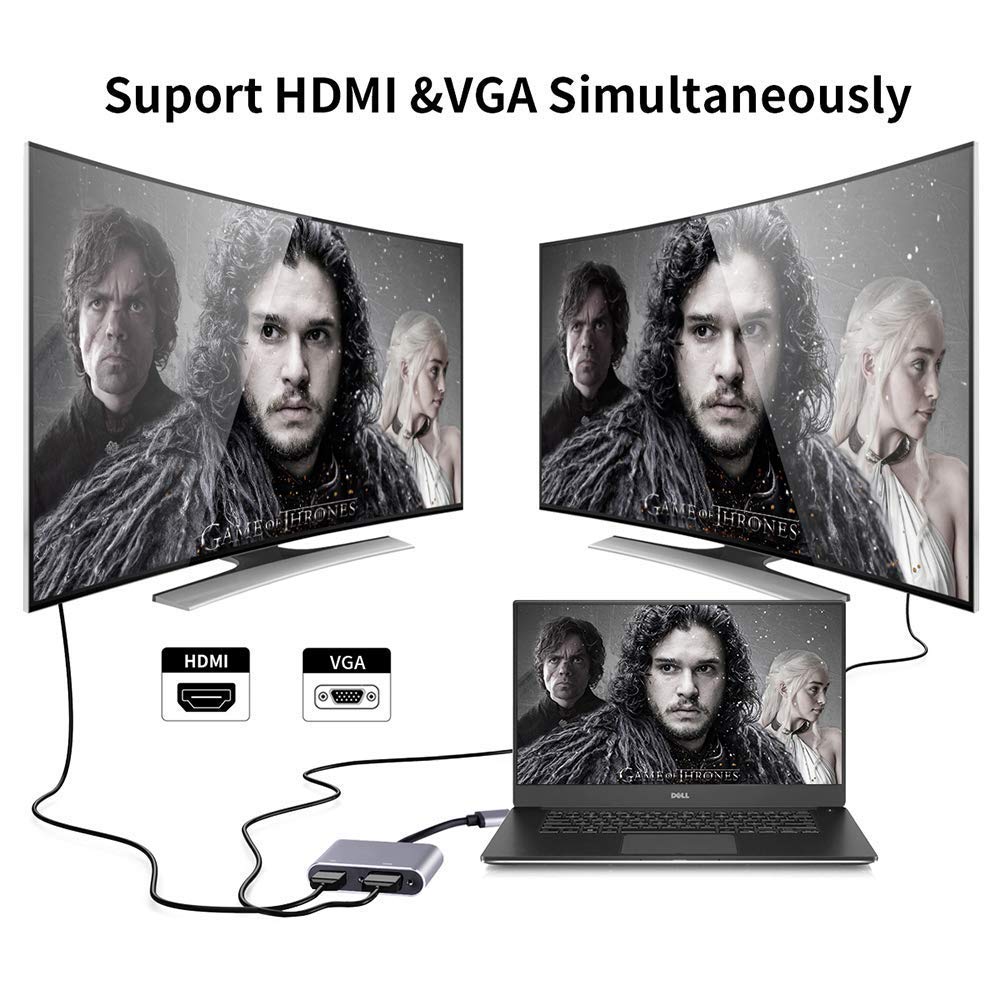 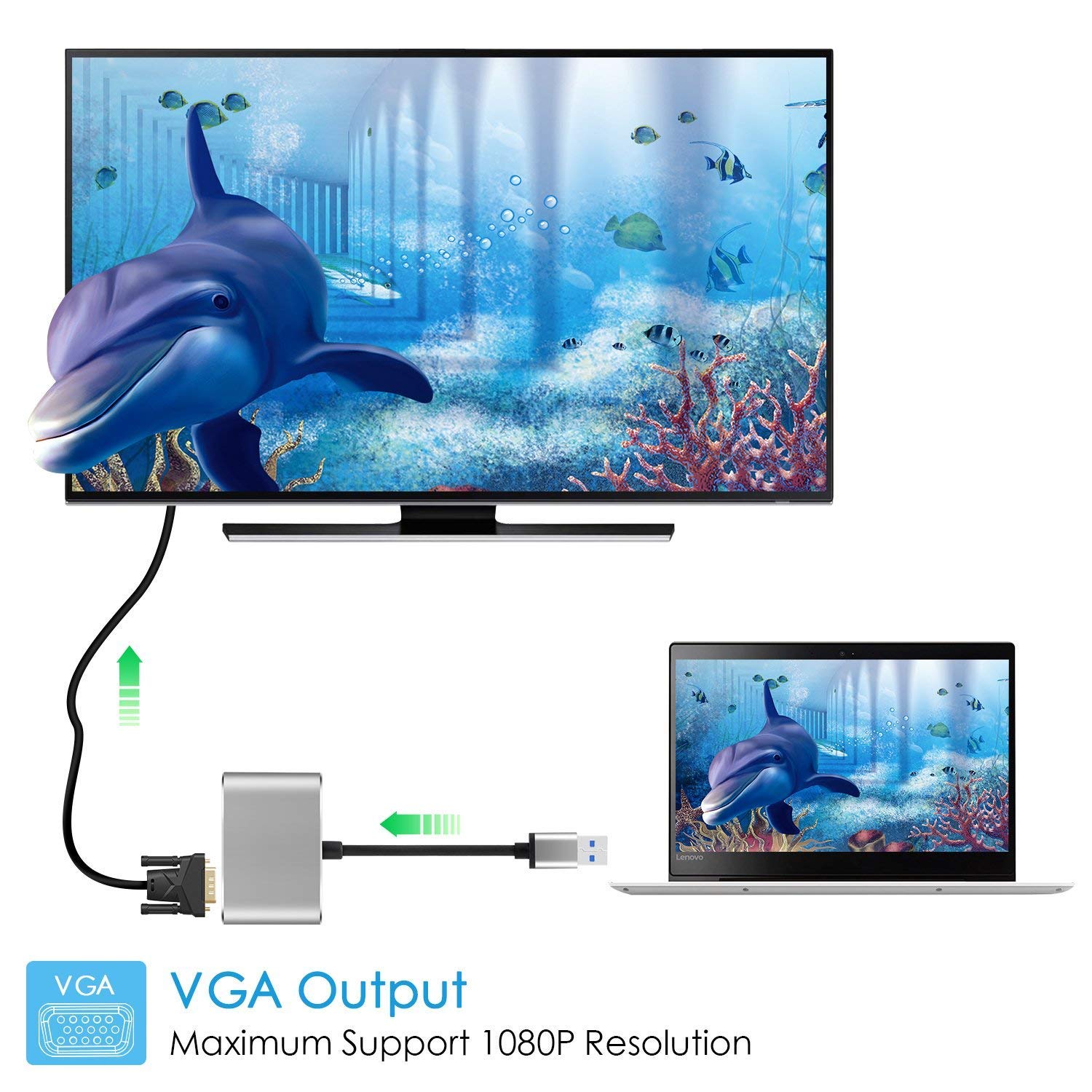 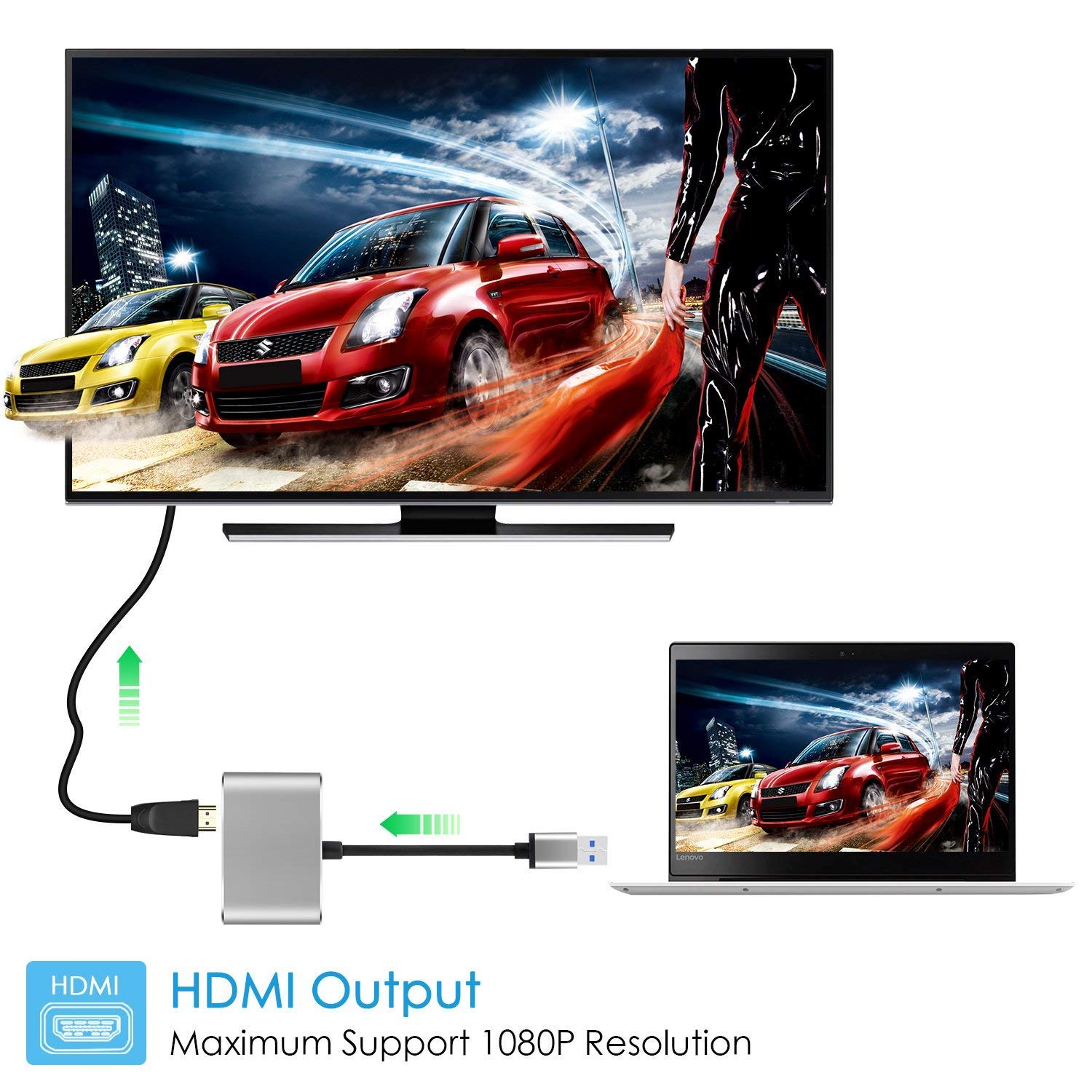 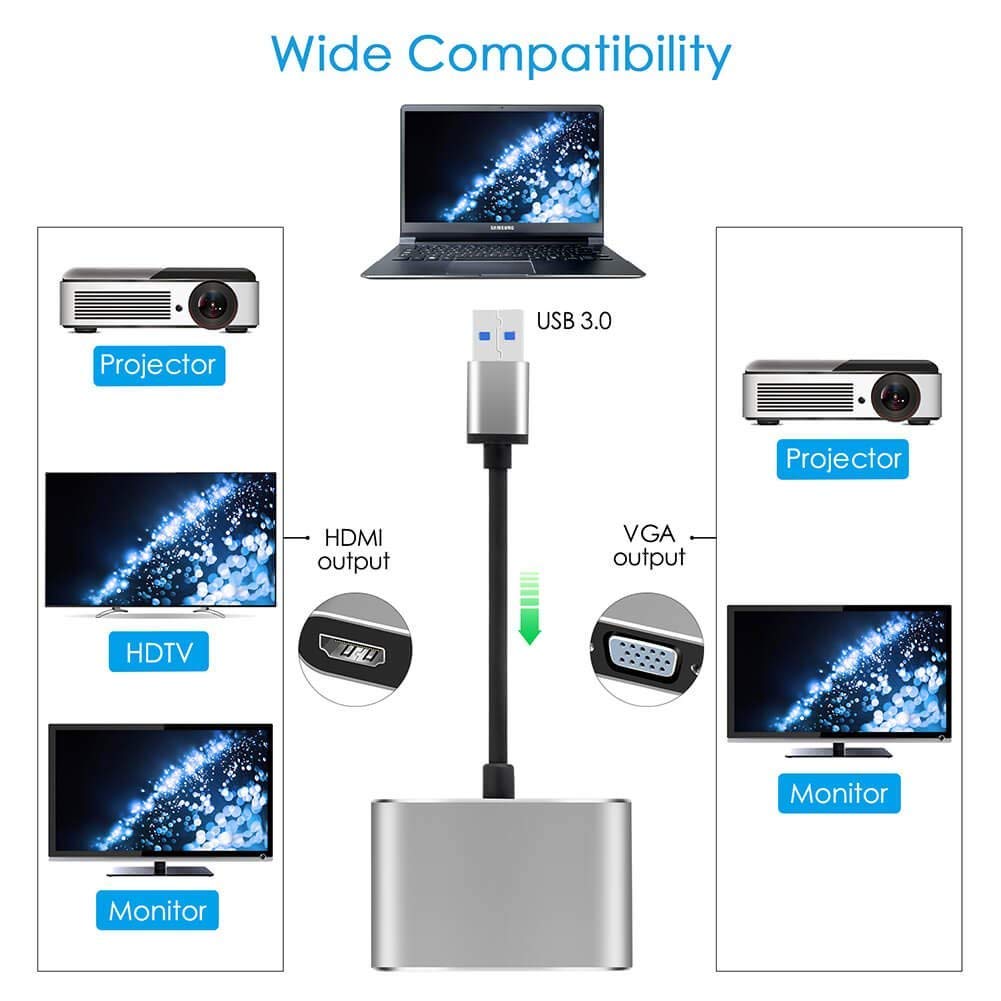 Anyone who knows me personally or through my reviews, knows that I love my electronics.  This gadget is awesome as well.  This UBS adapter converts to view on a connection through HDMI or VGA.  You hook up to the computer using the USB port and use the output connection to view as either HDMI or VGA.  Lets say I put together a slideshow for a event.  I would simply take out this device, hook the USB 3.0 up, then run the HDMI from the jack on the device to the jack on the television or the projector.  I also, have another option.  If I wanted to show the same slide show on two devices simultaneously, I could hook the HDMI cord the television and hook the VGA cord to the projector.  At that point, the picture would project on both output devices at the same time from that one output device.  I think this adapter is really great. I know there are probably plenty out, but this is by far the best one I have seen with simple hookups, capability wise. 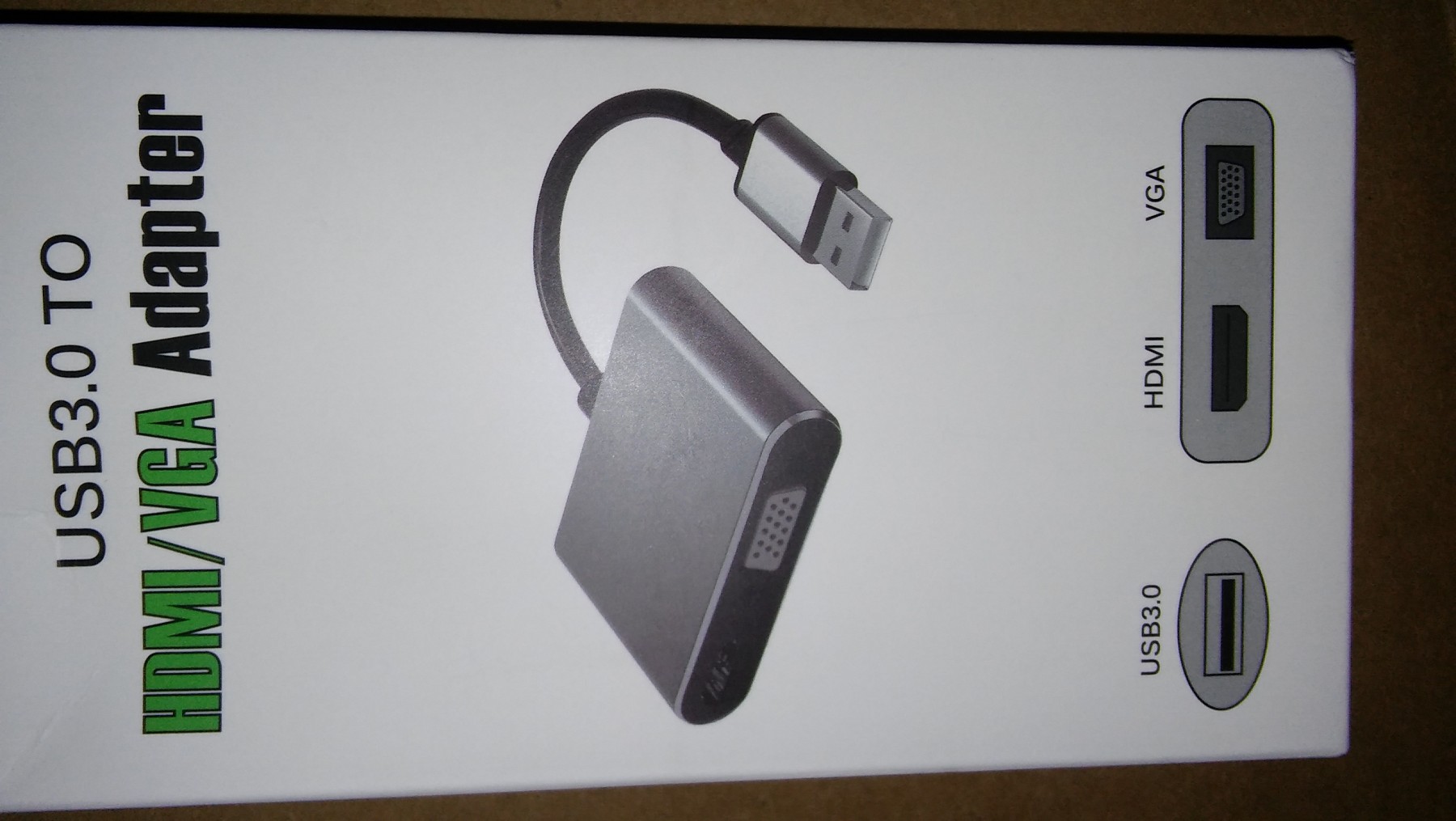