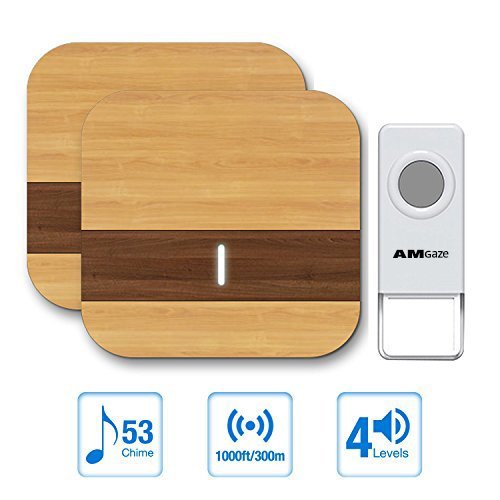 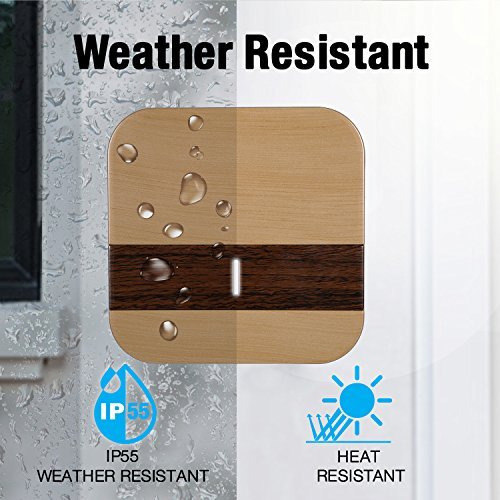 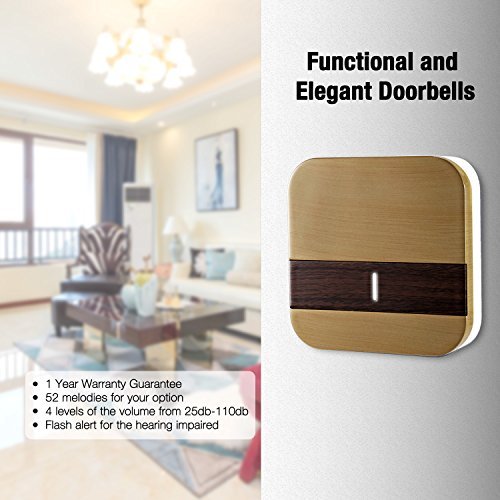 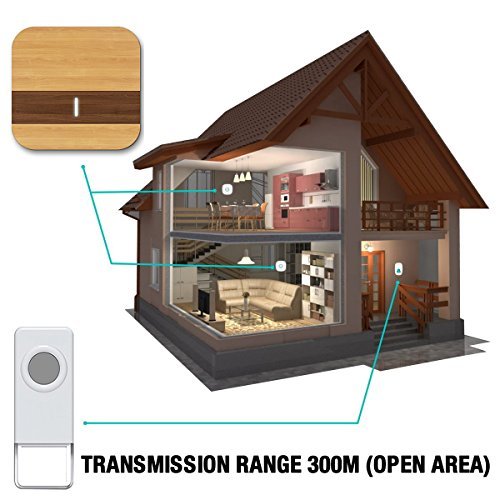 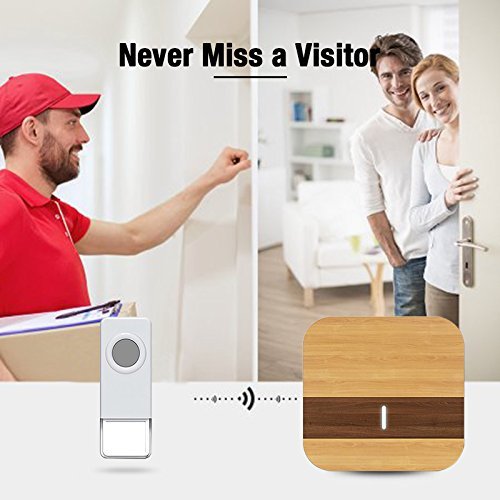 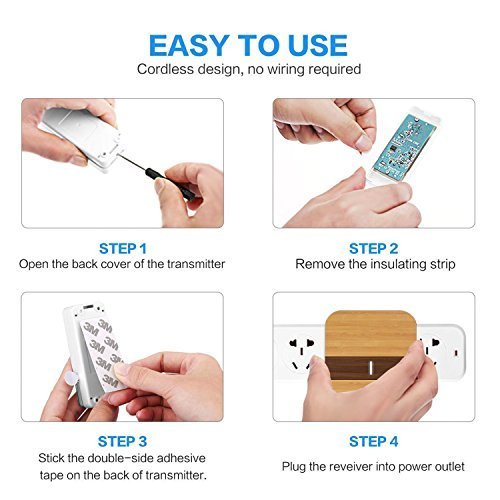 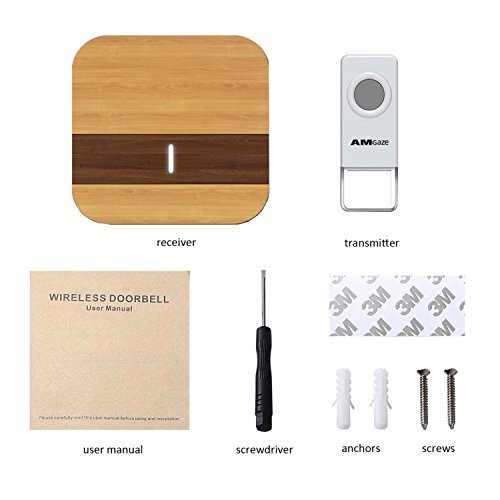 purchased this because my old reliable doorbell finally gave up and died!! With so many to choose from it wasn’t easy but originally I was drawn to this one because I liked the fact that it was a wood colour and would be less conspicuous where my doorbell normally resides

asides this it has great reviews. Is good value and has 53 different chimes! The choice!!!! It also has a light flash instead of a round grime so I’m able to lower the volume but still see if it’s been pushed whilst the baby is asleep!!

So I ordered it and when it came it was well packed.. upon opening it was exactly the same as the advertised picture... neatly presented was one transmitter and 2 receivers.. instructions were included also

set up doesnt take long.. I removed the covers and removed packaging then plugged it in... choosing a chime was complicated only Because there are so many!! But it was easy enough... I stuck the transmitter to the door using the adhesive pad Supplied... stuck perfectly and although my porch is sheltered it is waterproof

Receivers were placed upstairs and downstairs... Have had this doorbell for a while now..it still works a treat... unlike the other one i had there is no interference from neighbouring bells.. that’s always been highly annoying that the woman over the road has visitors but our bell would go off !!

not with this one ... the only issue I have is the kids changing the chimes every day and so sometimes I wonder what the noise is !