Seems Nice but Can't Get it to Connect 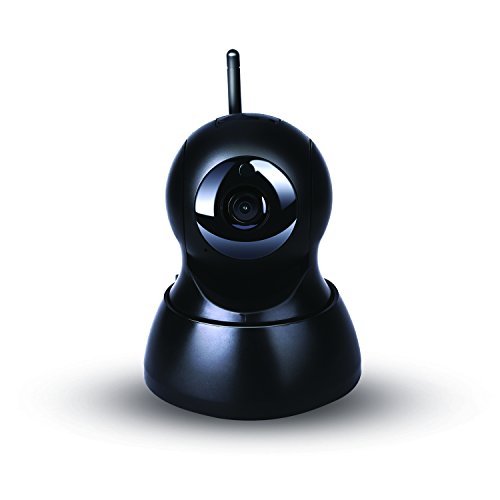 I got this at a discount through Rank Booster and I'm glad I didn't pay full price for it.  I have been able to get the thing up and running.  I'm no novice to setting up smart home devices, so I didn't expect any problems with setting it up.  I have a Google Home Mini, an Amazon Dash Wand, and 4 different smart wifi outlets, and had no problems getting any of them up and running.  But this has certainly been a challenge.  I've got it plugged in and set up right next to my router (literally right next to it), and I've got the app downloaded on to my phone.  I set up an account and it finds my router like it should, and prompts me to sign in.  That much works.  But when I click next and it tries to connect with the camera, it just won't connect.  I tried probably 20+  times at least, over the course of 2 days, so far.  And each time you try again, you have to reset the device. It's supposed to say a certain phrase when it's reset properly, and it only actually says that phrase about half the time, even when holding the reset button in for way longer than it says you should have to.  And I'm not crazy about the fact that it doesn't have any type of an indicator light to let you know that it's on and working.

So anyway, I have contacted the seller and had back and forth discussions with them, and they sent me a video.  However, their written reply as well as the video only provided the info on plugging it in and downloading the app, which I've already done.  The video was just a guy taking it out of the box, plugging it in, and downloading the app. Everything I already told them that I've done.  It literally stopped right where my actual problem starts, so it was no help to me. I don't know if it's a language barrier issue, but they don't seem to understand what Im telling them that the problem is.  They just keep telling me to do what I've already told them I've done.  And the last message I got from him, he said that he was recently helping a woman and it took many tries before they got it connected.  So despite the good reviews on Amazon, I'm apparently not the only one who is having problems.

I still gave it 3 stars because despite my frustration, it looks like a nice camera. It doesn't look cheaply made.  I guess I reserve 1 star for items that are absolute junk, which I don't think this is.  I just think that either mine is defective, or my app is not working properly.  I'm sure if I could get it connected, I'd be happy with it.  It's got a broad base, so isn't 'tippy' and also has a mounting bracket with screws included.  I didn't care for the white cord and adapter, though, since the camera is black.  The only other thing is that both the instructions and the app are not particularly easy to follow and in some spots look like bad translation from another language to English.  (See pics.)  And FYI ,you can get the app either through the QR code on the box & instructions or through the Google Play Store if you have an android phone.

So I'm going to try a few more times today and if it still won't work, I guess I'll return it.  I'm confident that it's not something I'm doing wrong.  Like I said, I have experience with setting up devices like this.  I'm guessing there is something defective with it. 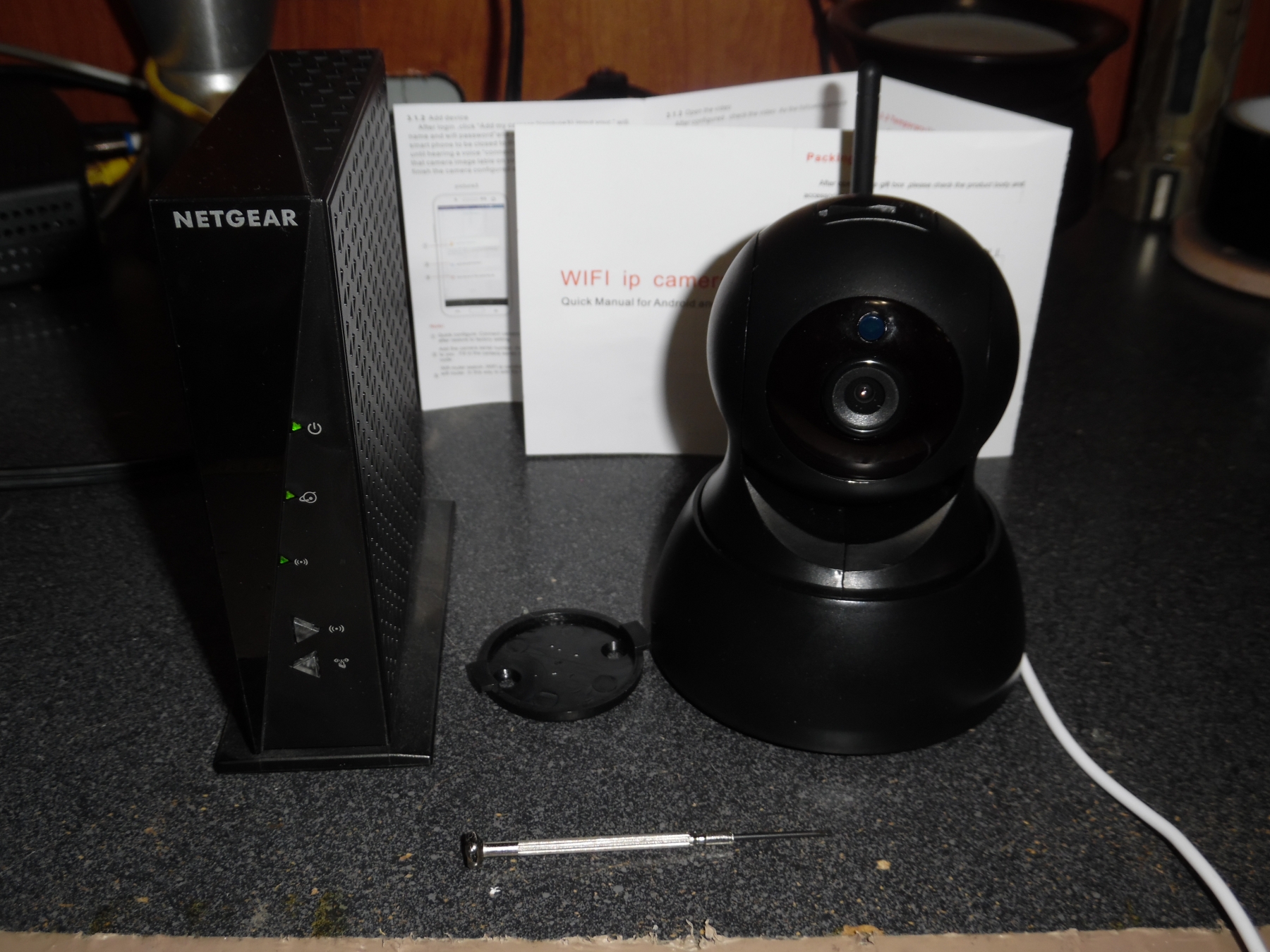 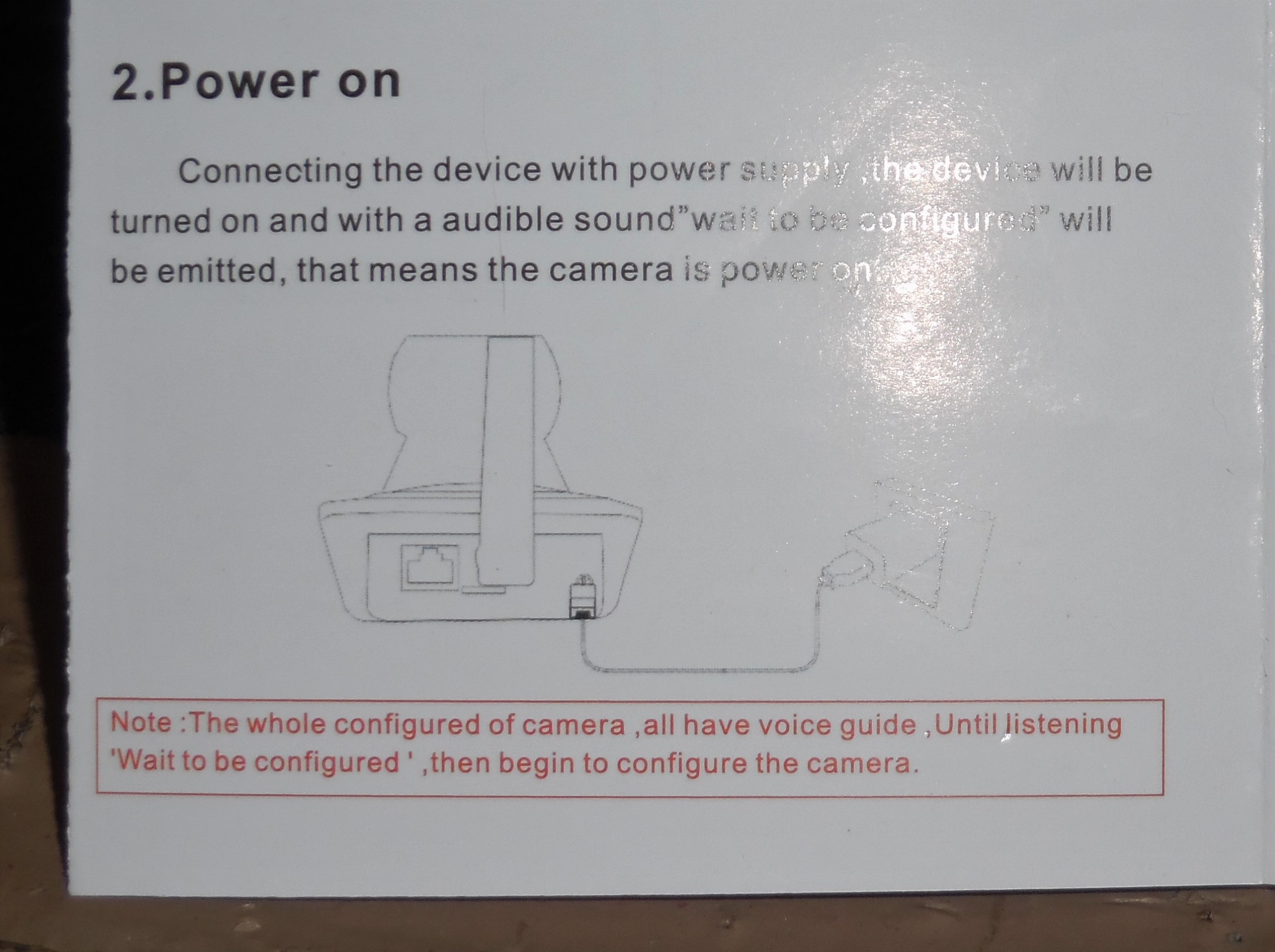 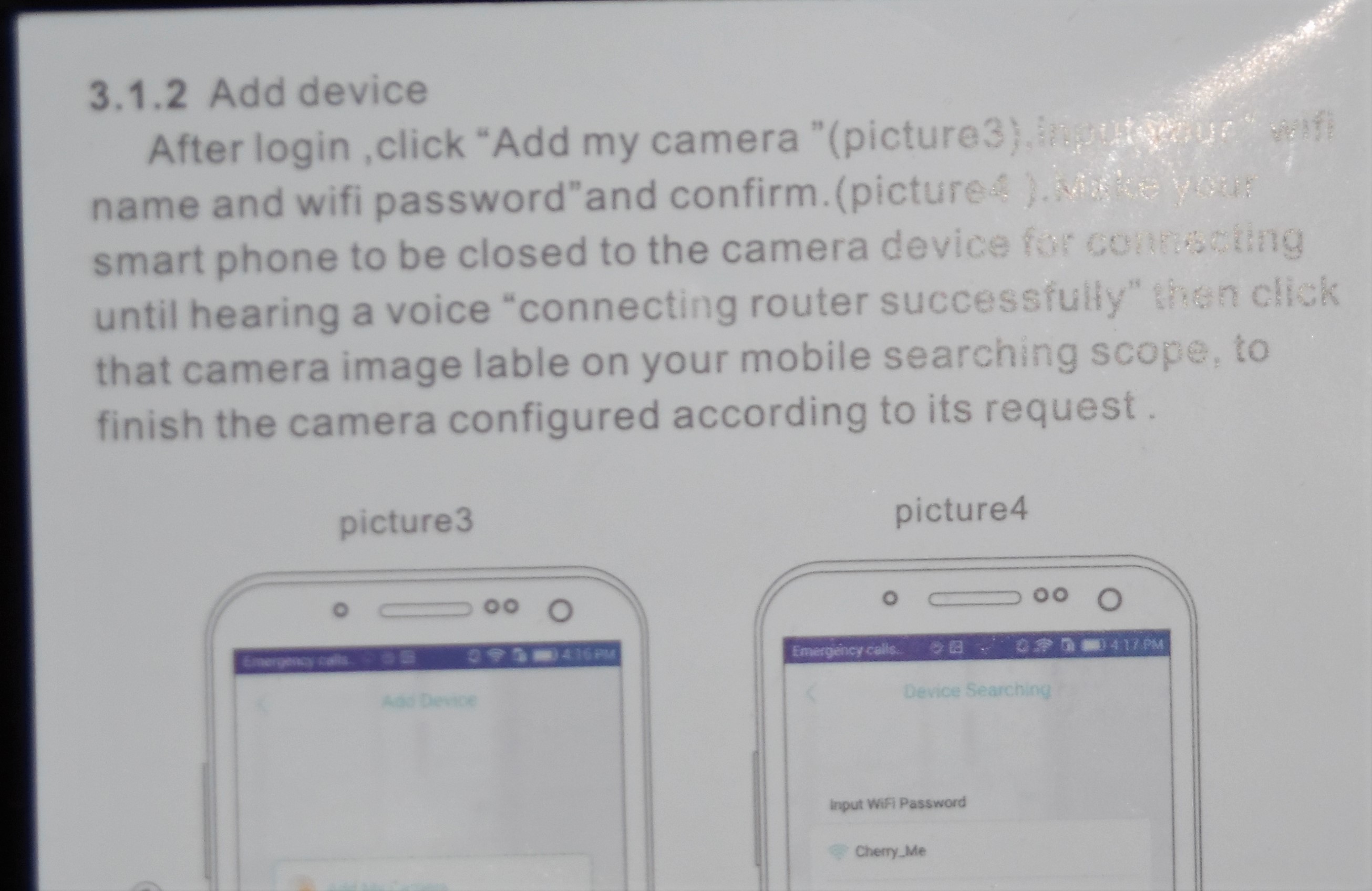 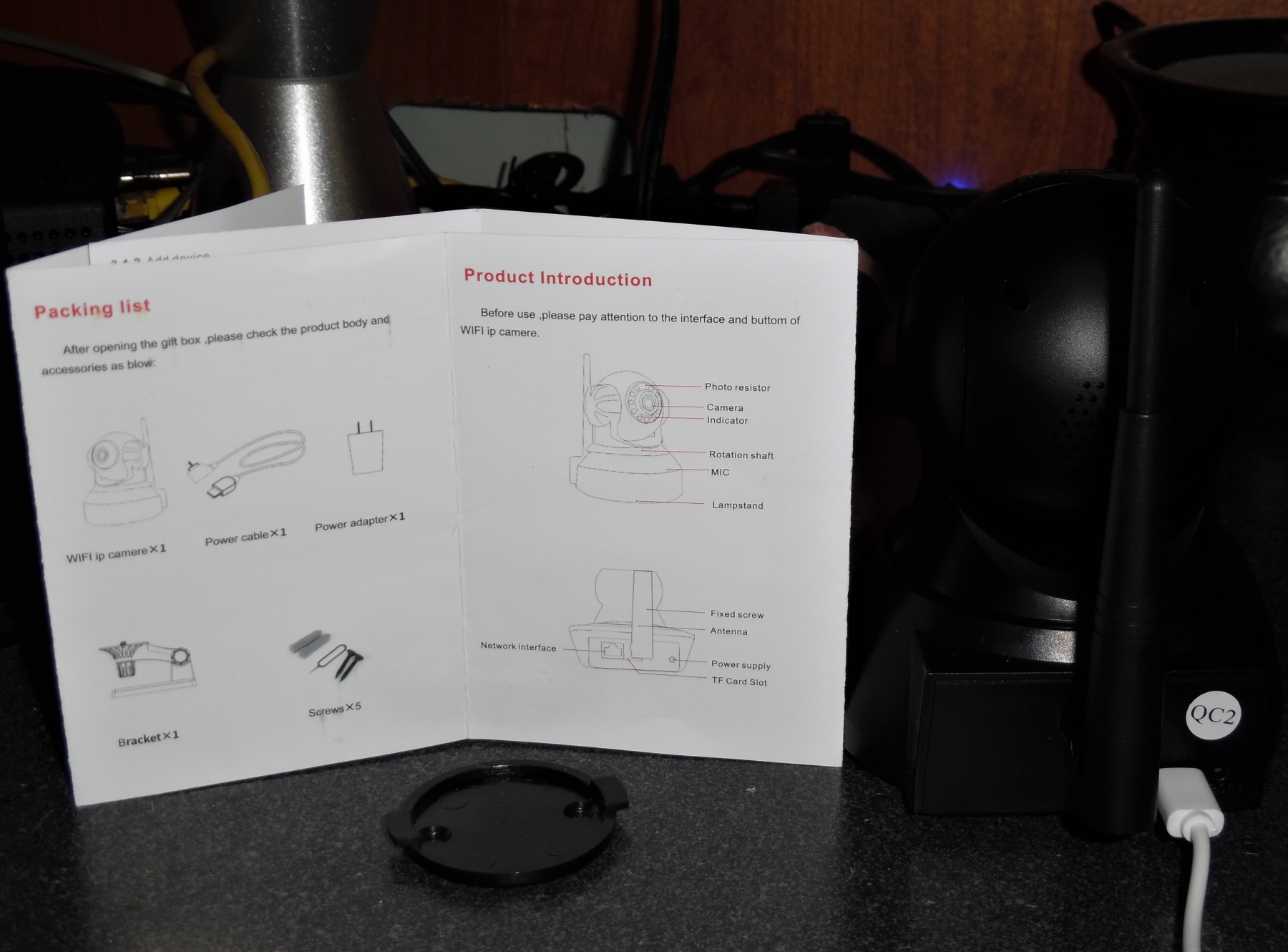