Bought a single one last year, and the CRW Shower Curtain Liner still looks like new. 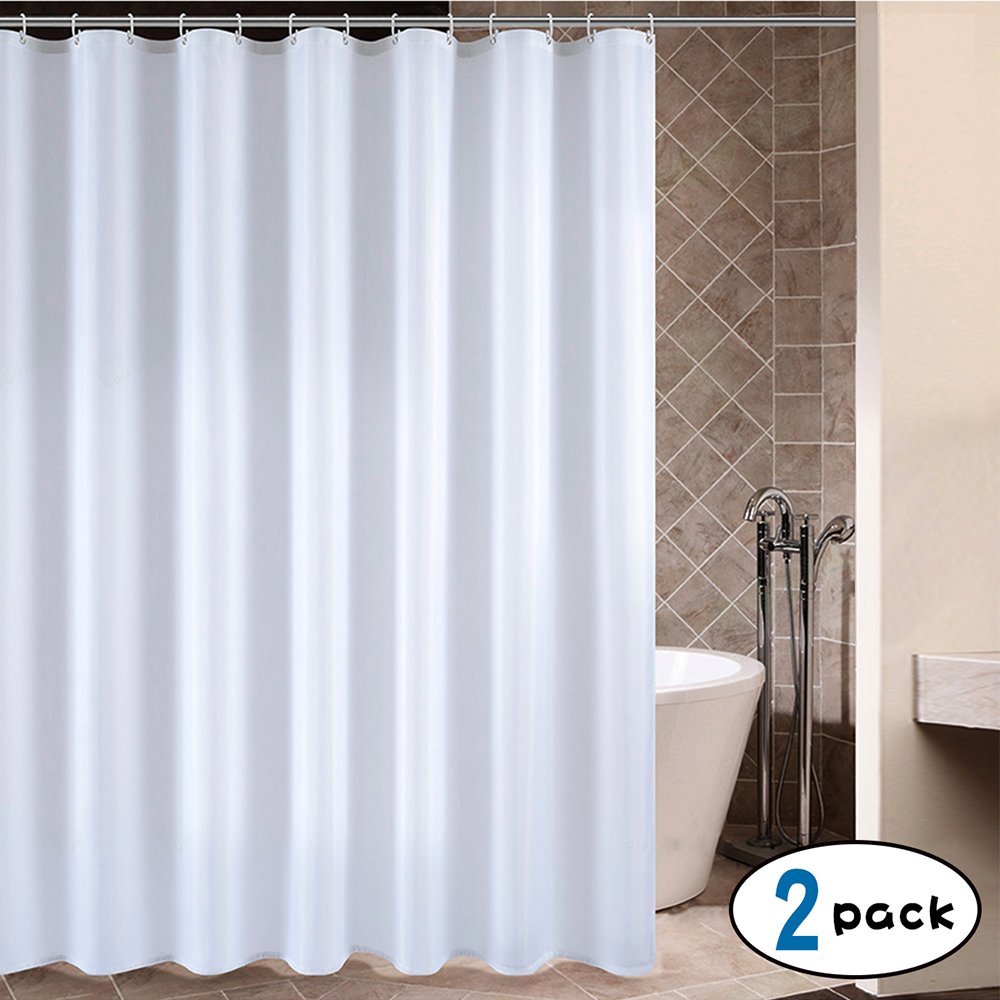 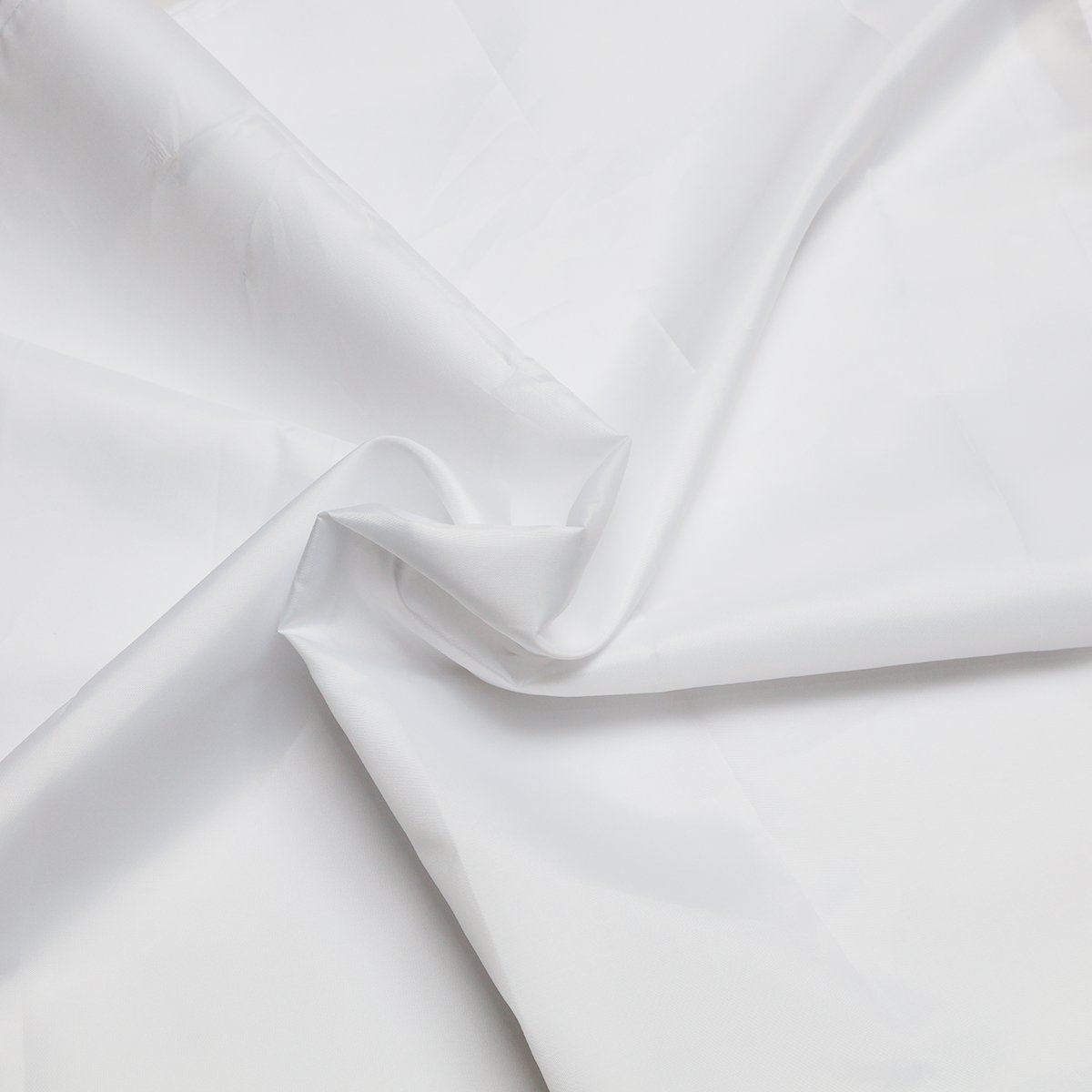 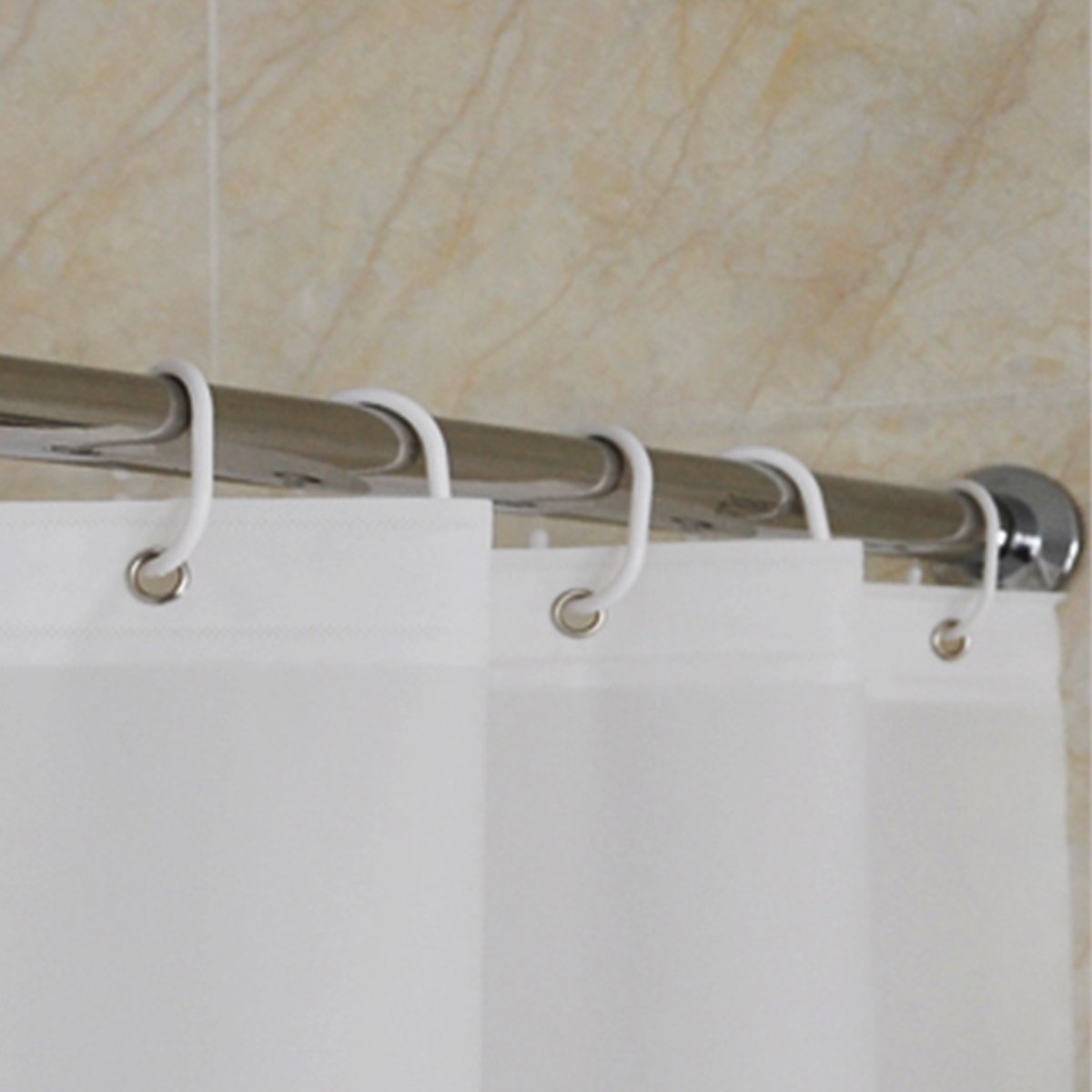 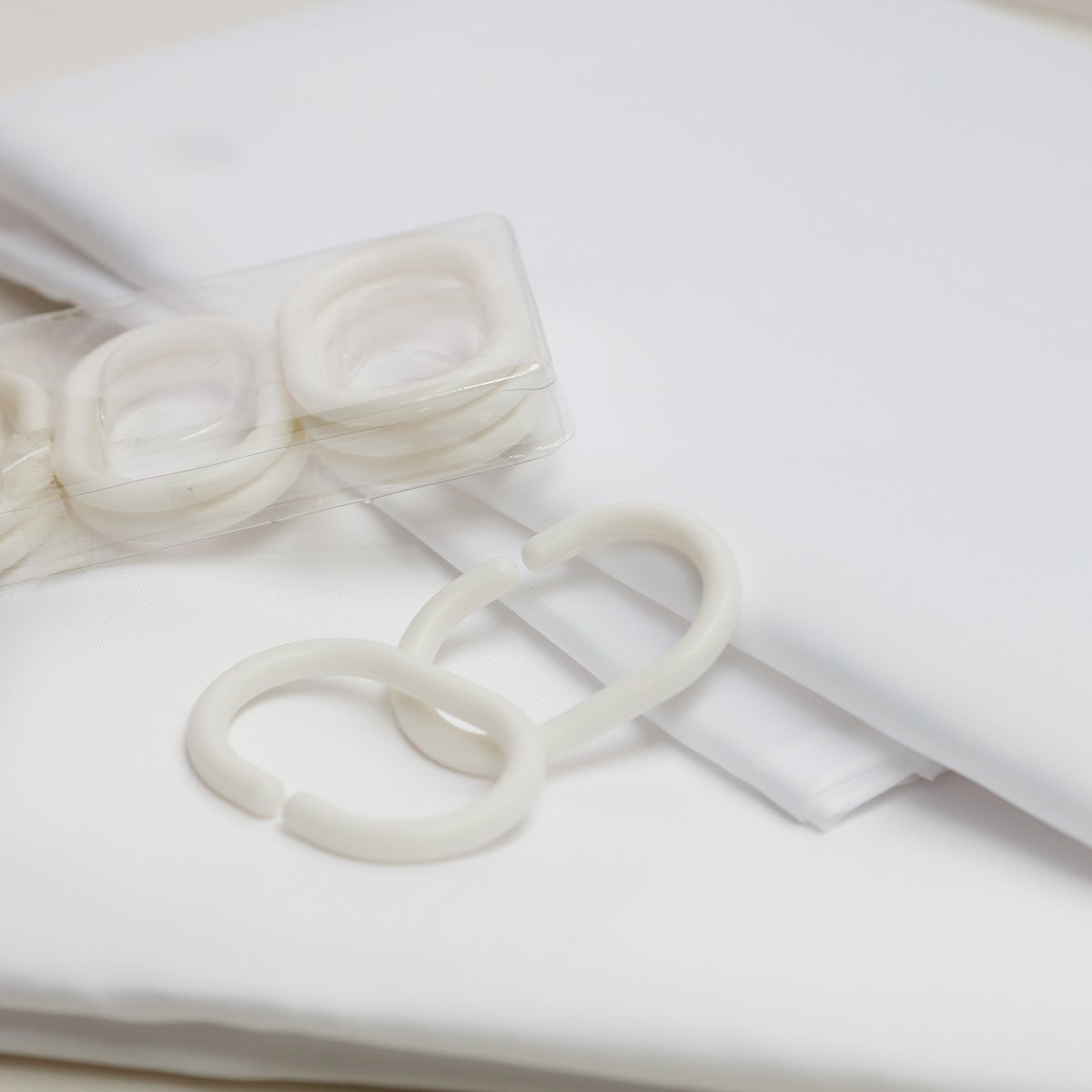 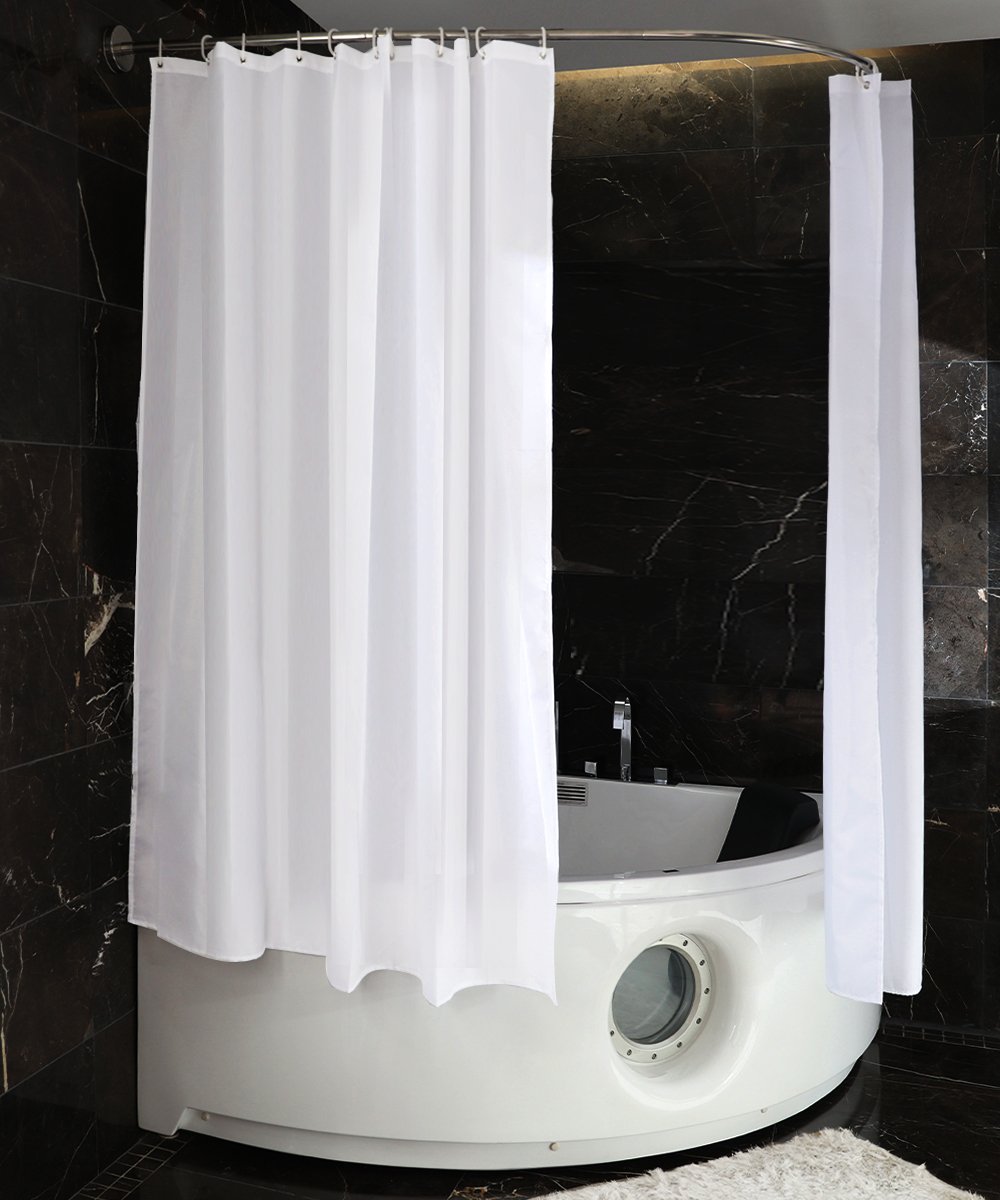 When the CRW 2 pack Shower Curtain Liners arrived, I realized that last year I had bought the single curtain, at a discounted price. So I am putting that review here, and then writing how it has been working out for me.

‘I have a bathtub with the shower head on the wall, like most bathrooms. There are sliding panels from the ceiling down to the tub. However, when we bought the house there was only one, allowing water to spill over.
I have had a shower curtain up, and it has worked great. I wash it often but it gets build up on the bottom, that sits in the tub. That is why I wanted the CRW Shower Curtain Liner that is Mildew Resistant Waterproof Polyester. It comes with the curtain hooks as well.
As you can see from my photos, it is exactly what I wanted, and really works great. Being 72 by 72 inches, it goes right down the bath, so no water can get past it. I will be using it on it’s own, and white is perfect behind the single panel. Once the shower curtain has dried, I can center it behind the panel, and my bathroom looks good. At some point I will be having that panel removed, and replaced with 2 sliding ones.
Once I have finished having my shower, I do open up the curtain so it dries, and then it is ready for my next one.
I did receive this item at a discounted price, and chose to write a positive review about it.‘

That curtain still looks as good as it did when I first put it up.  No mildew or grim on it.  I do take it down monthly and wash it on a gentle cycle in my washing machine.  I prefer a curtain to the sliding panels, so still plan on using these.  I really can recommend them, because I have been using the same one all the time. 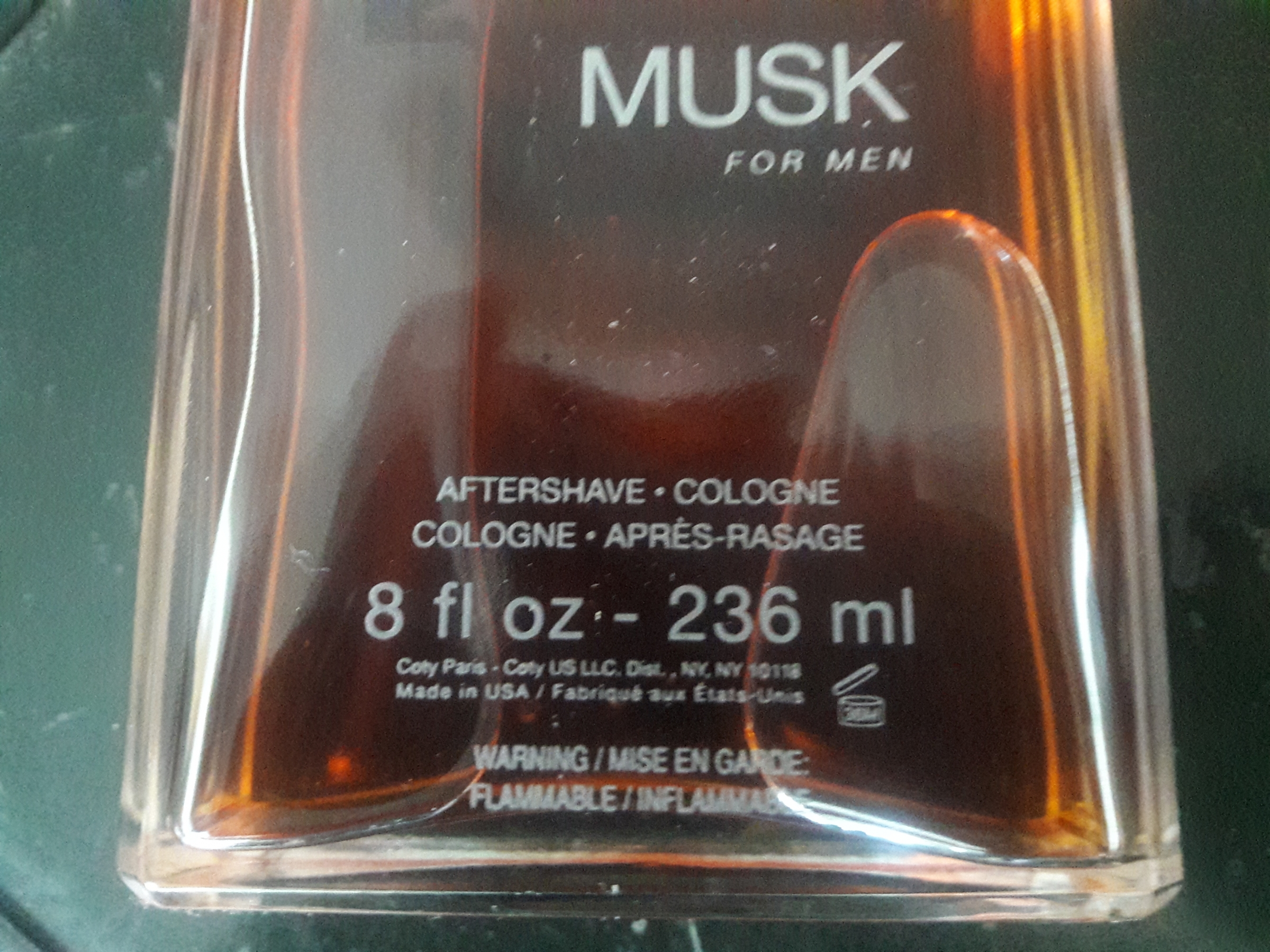 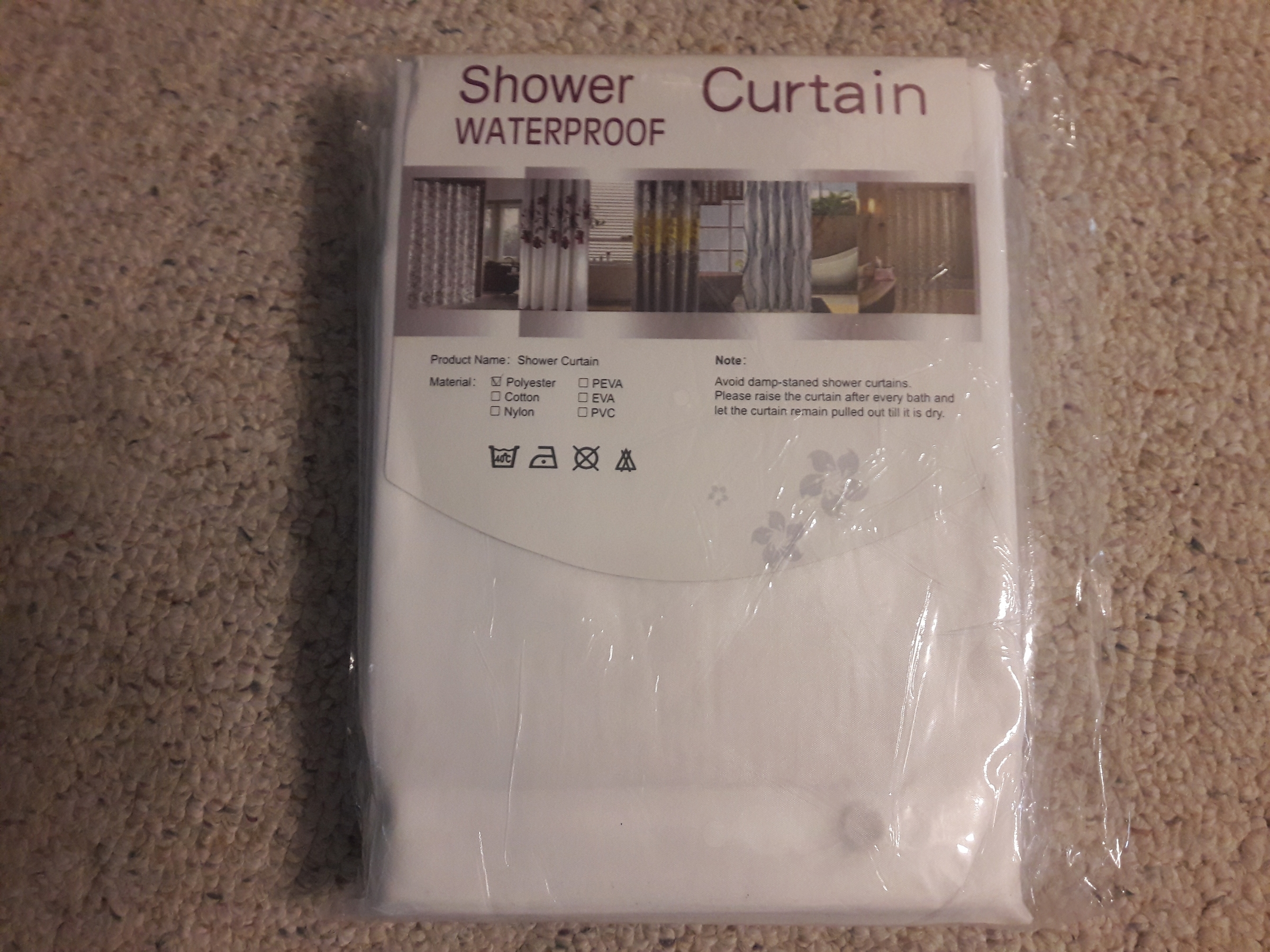 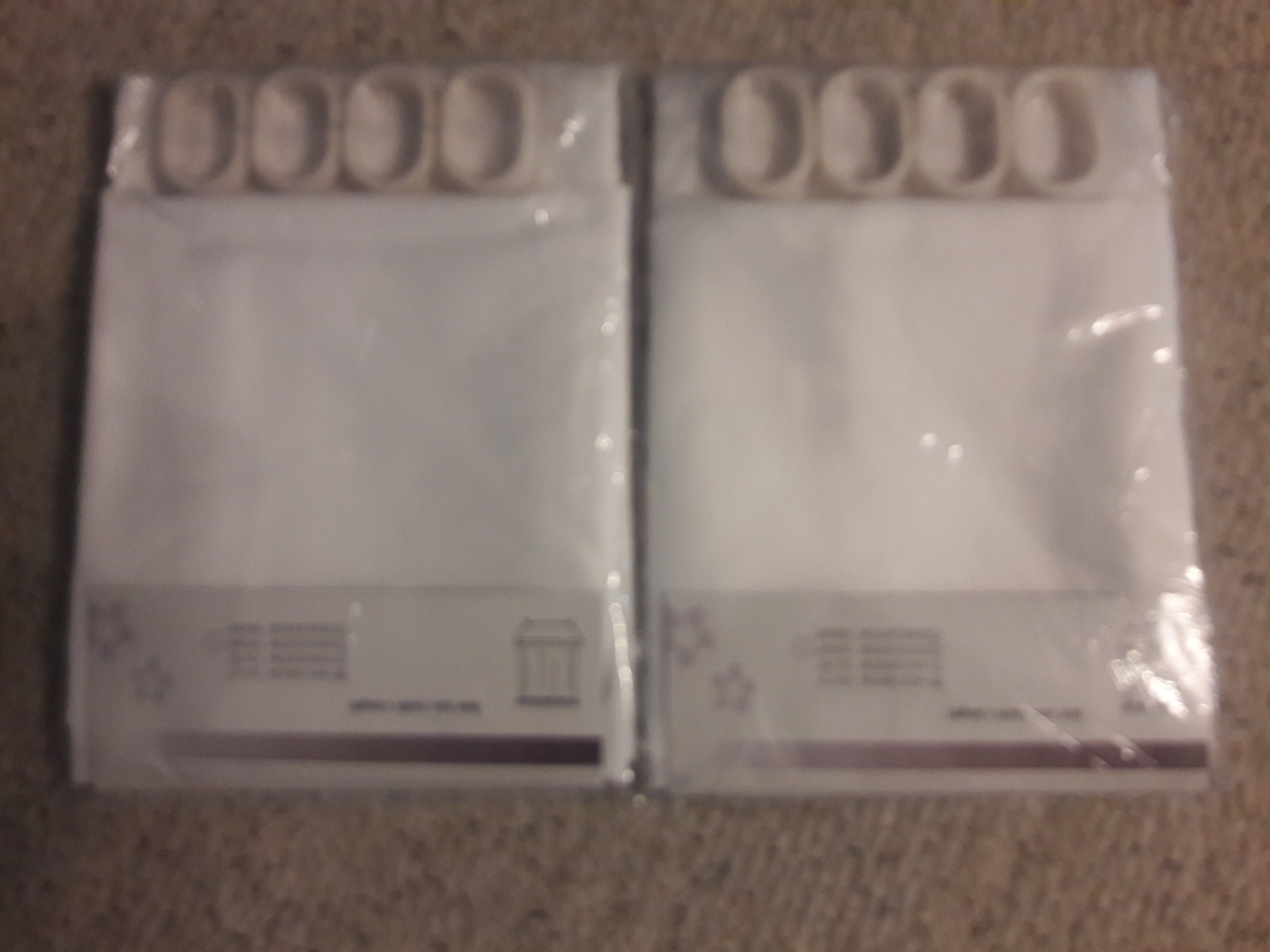 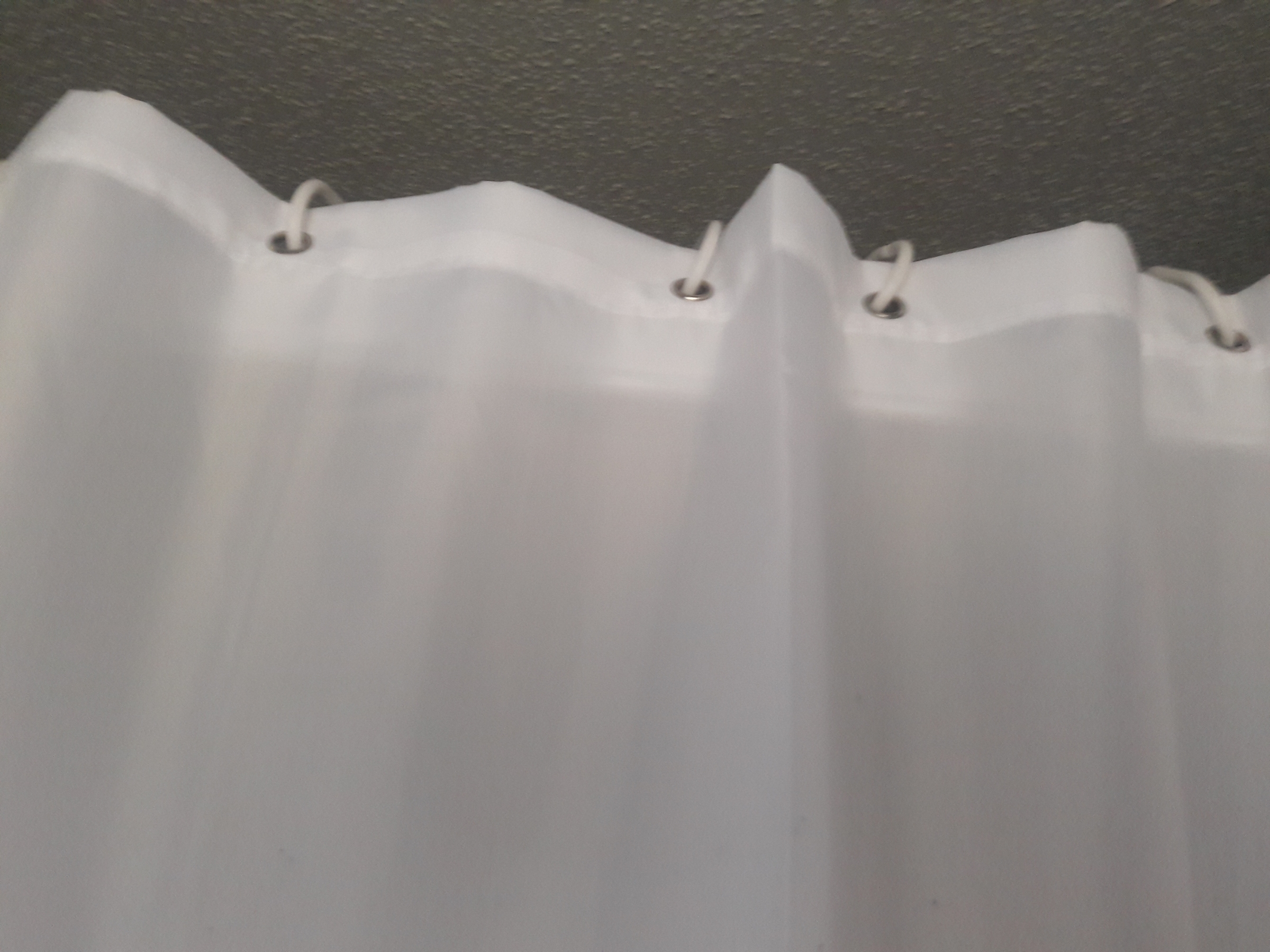