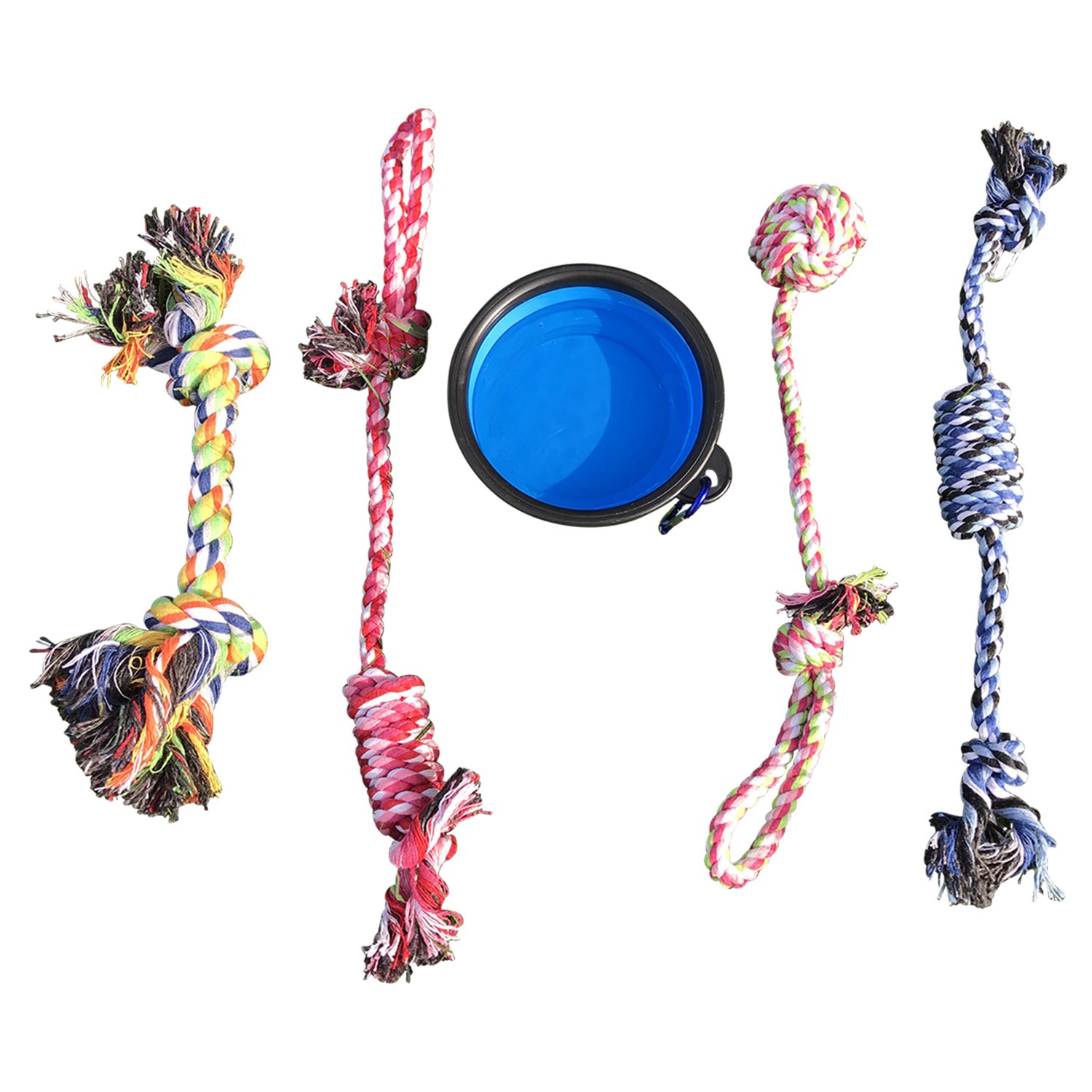 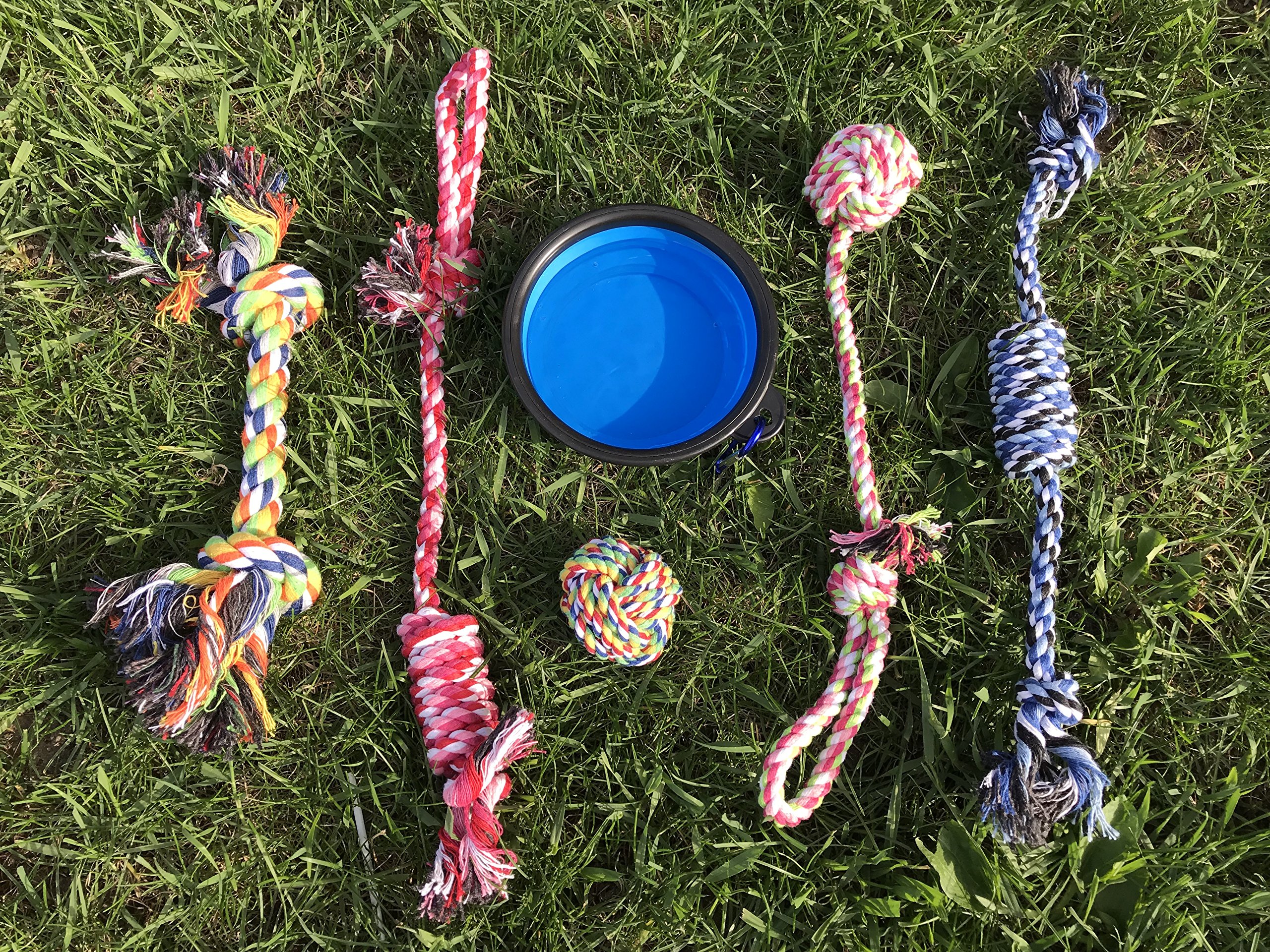 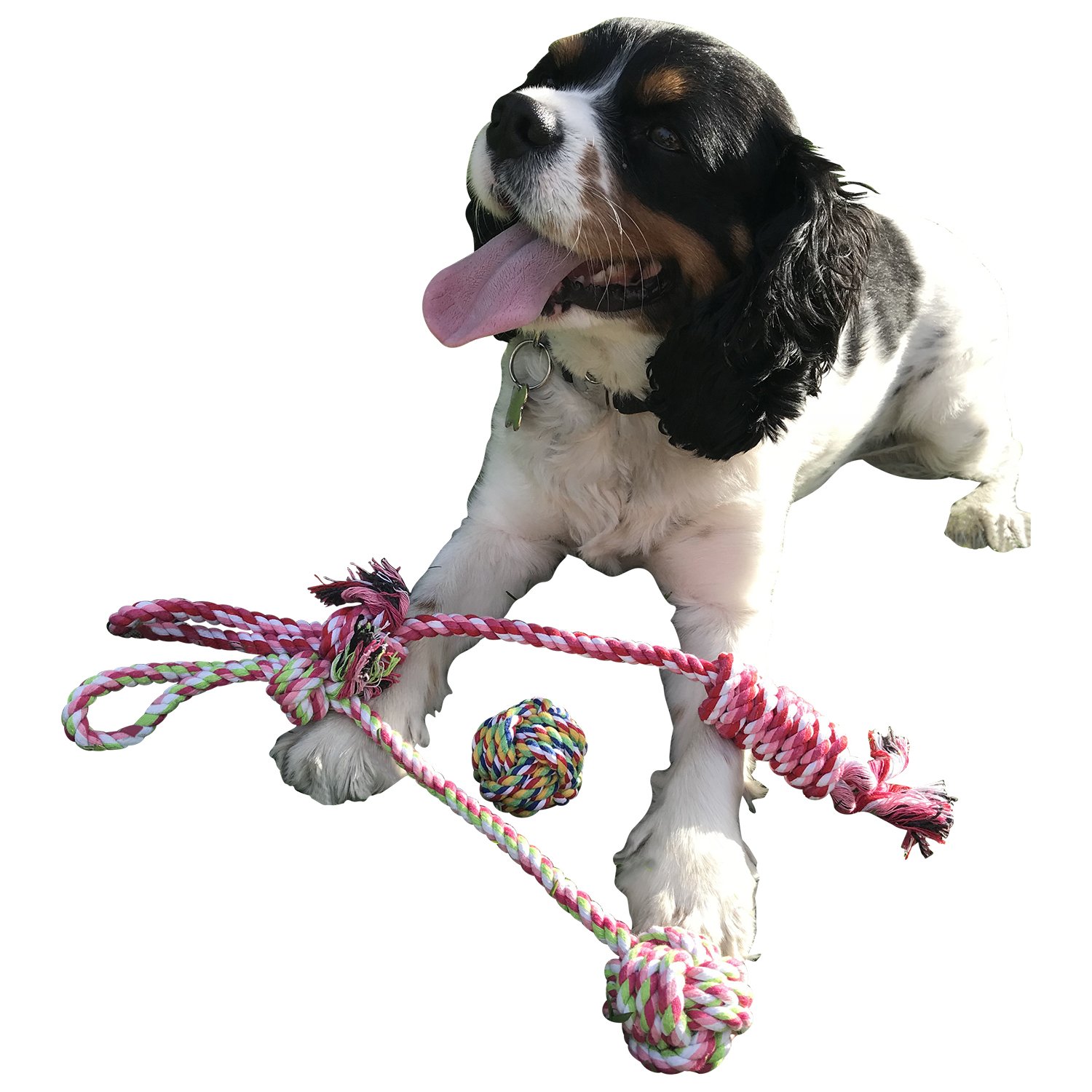 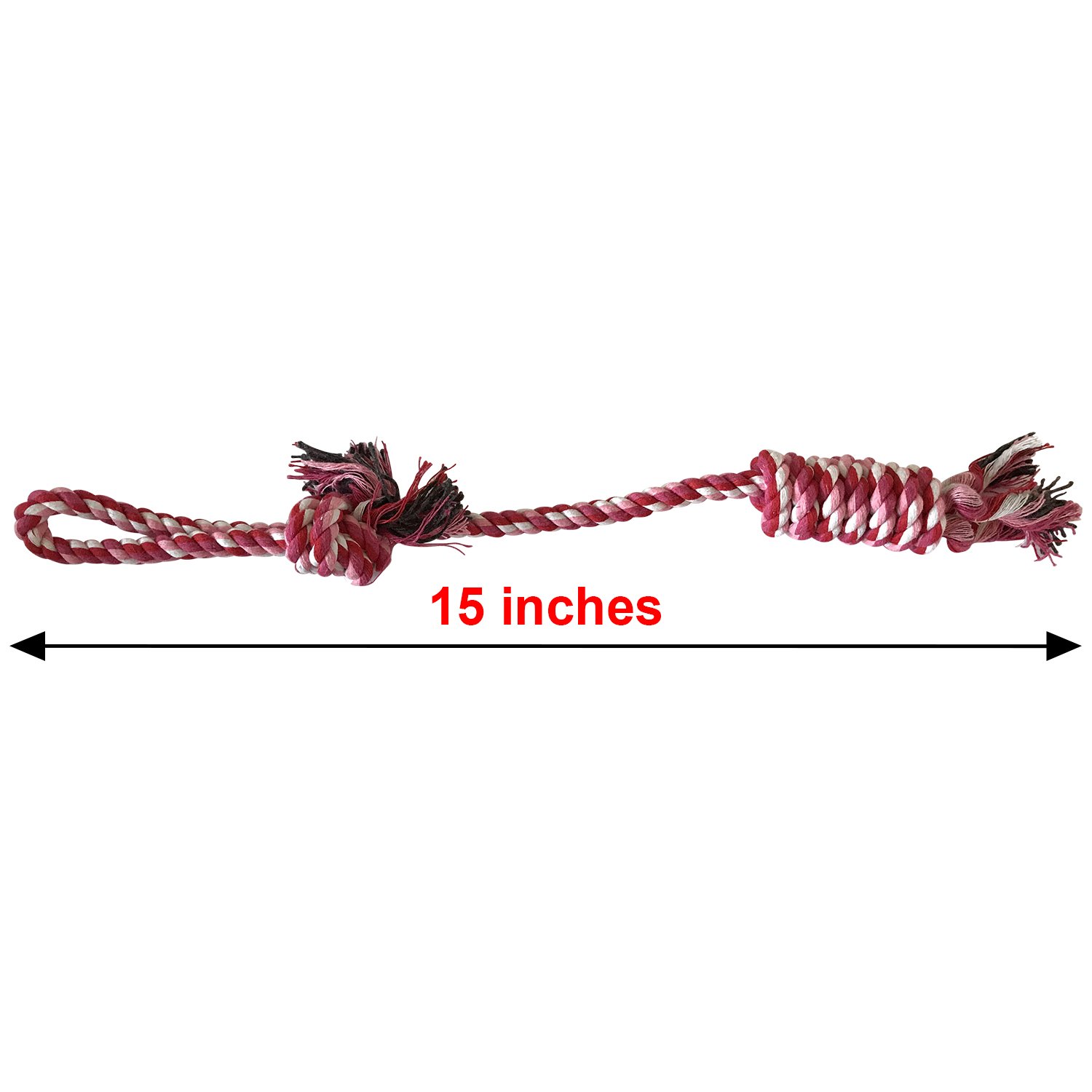 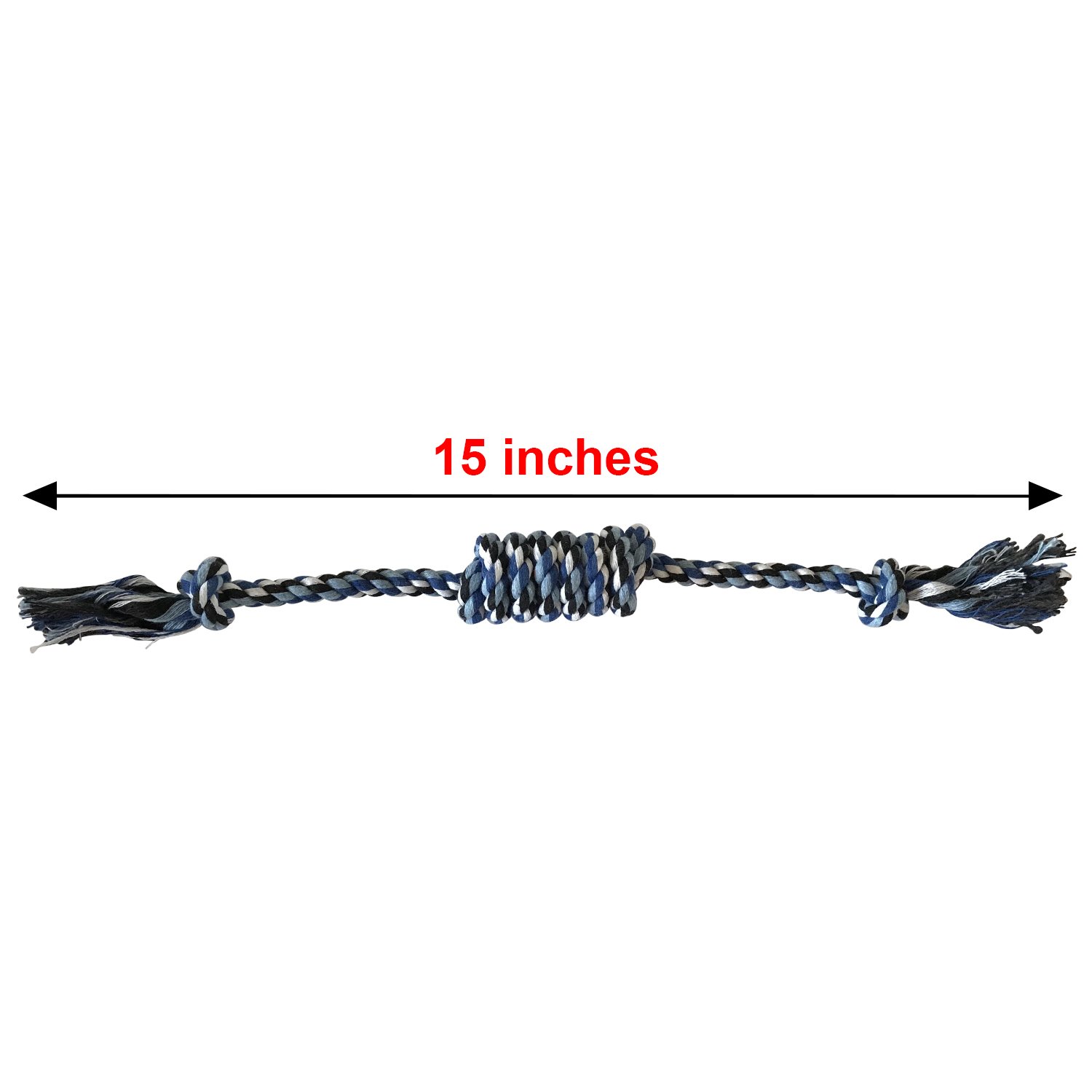 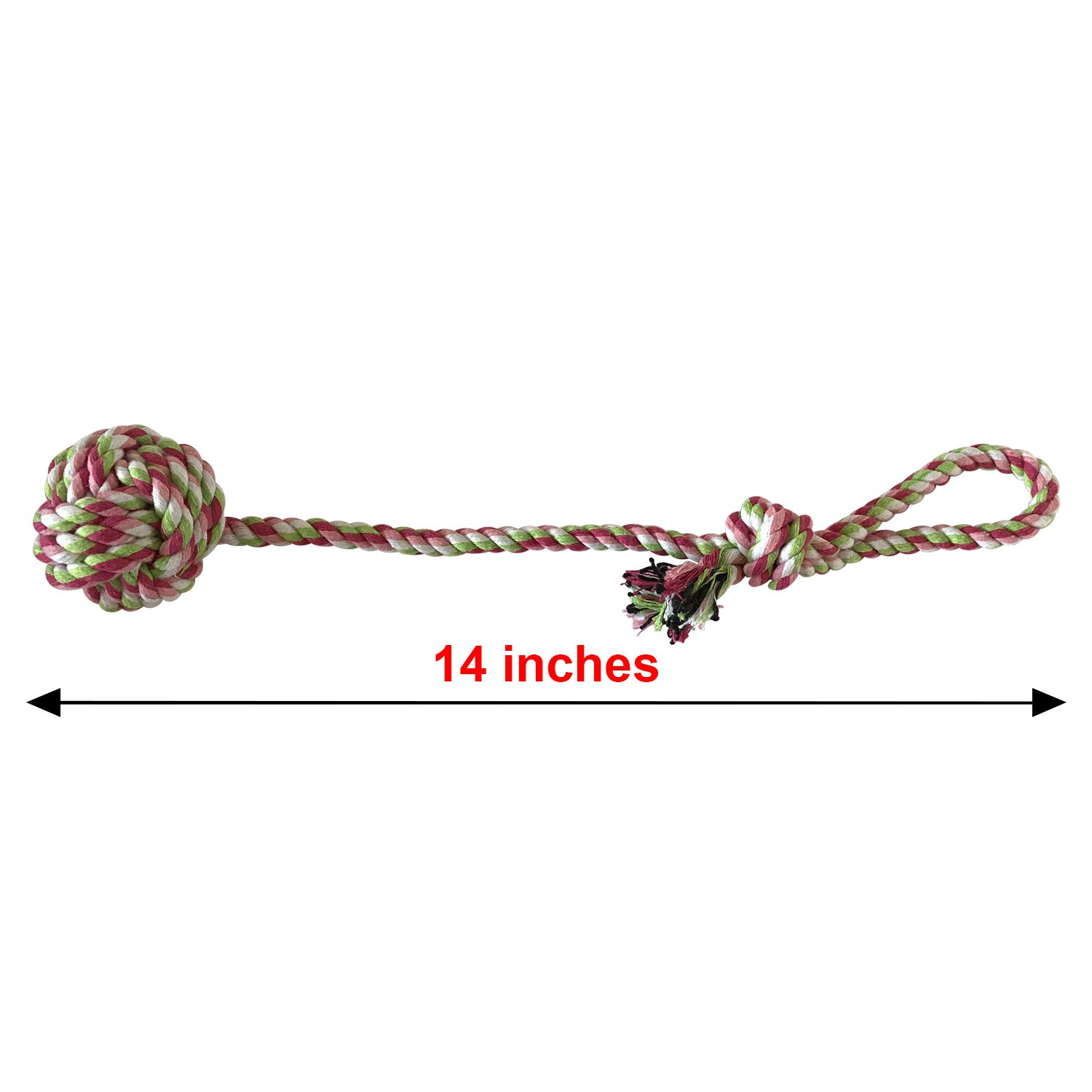 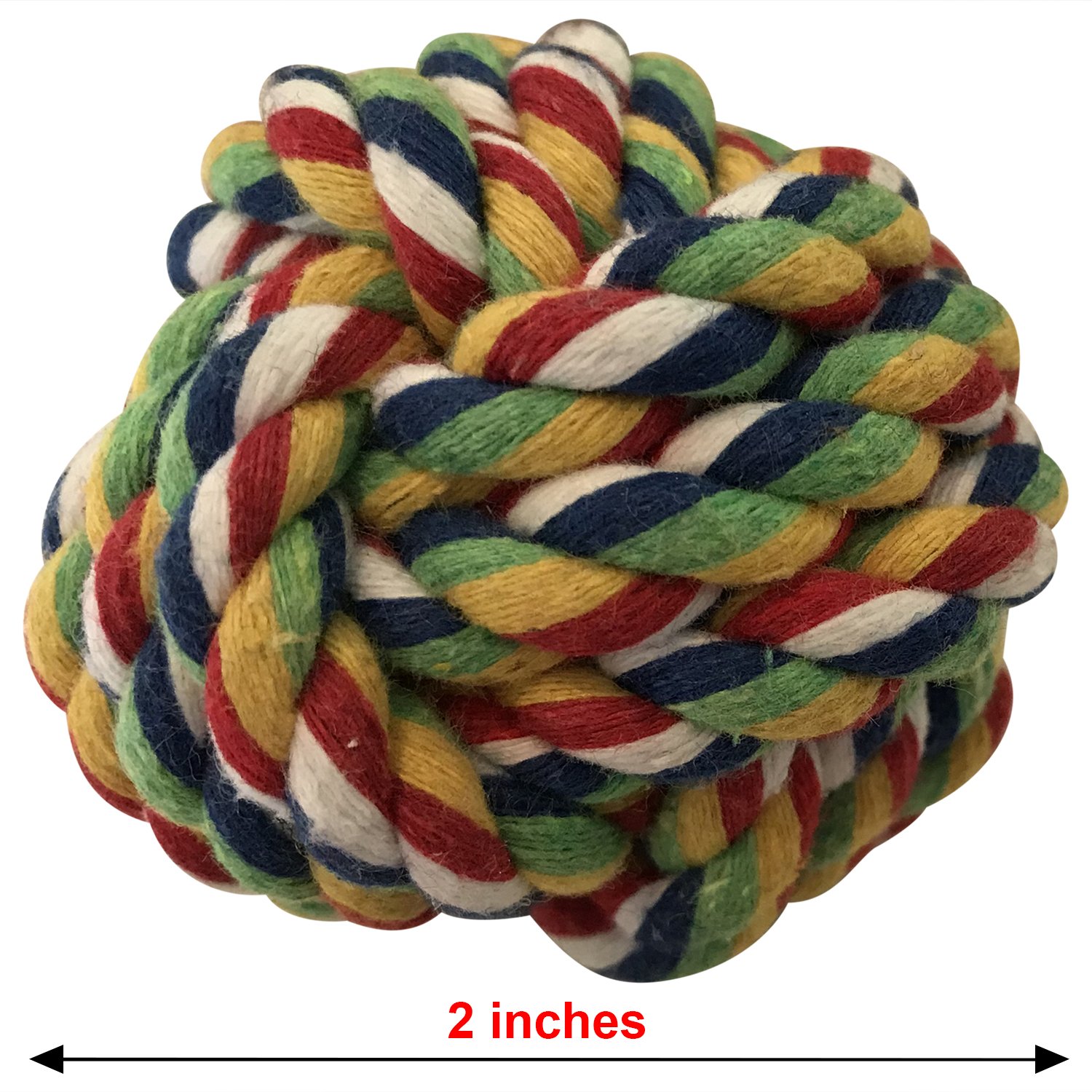 Animals are like children, they need to be entertained.  My dog loves playing with her toys.  She has a pink flamingo with a squeaker that she has had since a puppy, that thing goes everywhere with her.  One thing we have not given her is a rope chew toy since she was a puppy.  I saw this deal on Amazon and I thought that it would be a great time this type of toy out for her, and it was a good idea!

I have a smaller dog and she really loved playing with these toys. She really enjoyed playing “tug of war” with my wife. One thing I really liked about these chew toys is that I didn’t have to re-stuff anything.  At times my dog gets aggressive with her toys and we have to re-stuff them for her.  You will encounter none of these issues with these rope toys.

I really liked that this package came with five different types of ropes to play with.

My dog really enjoyed playing with each one of these types of ropes. Another great thing about this package is that it came with a collapsible dog bowl, which is great if you are at the park to fill up water for them. 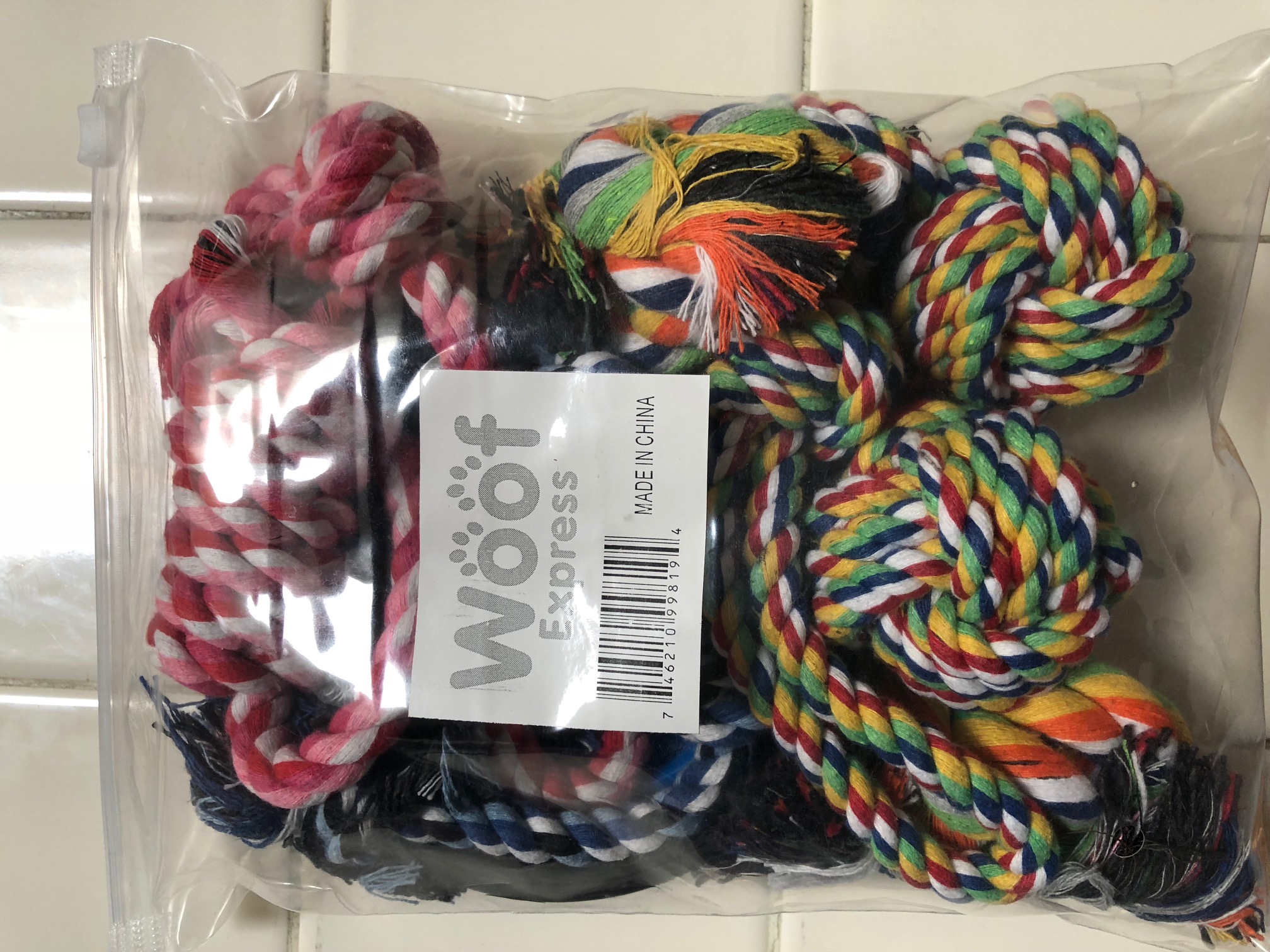 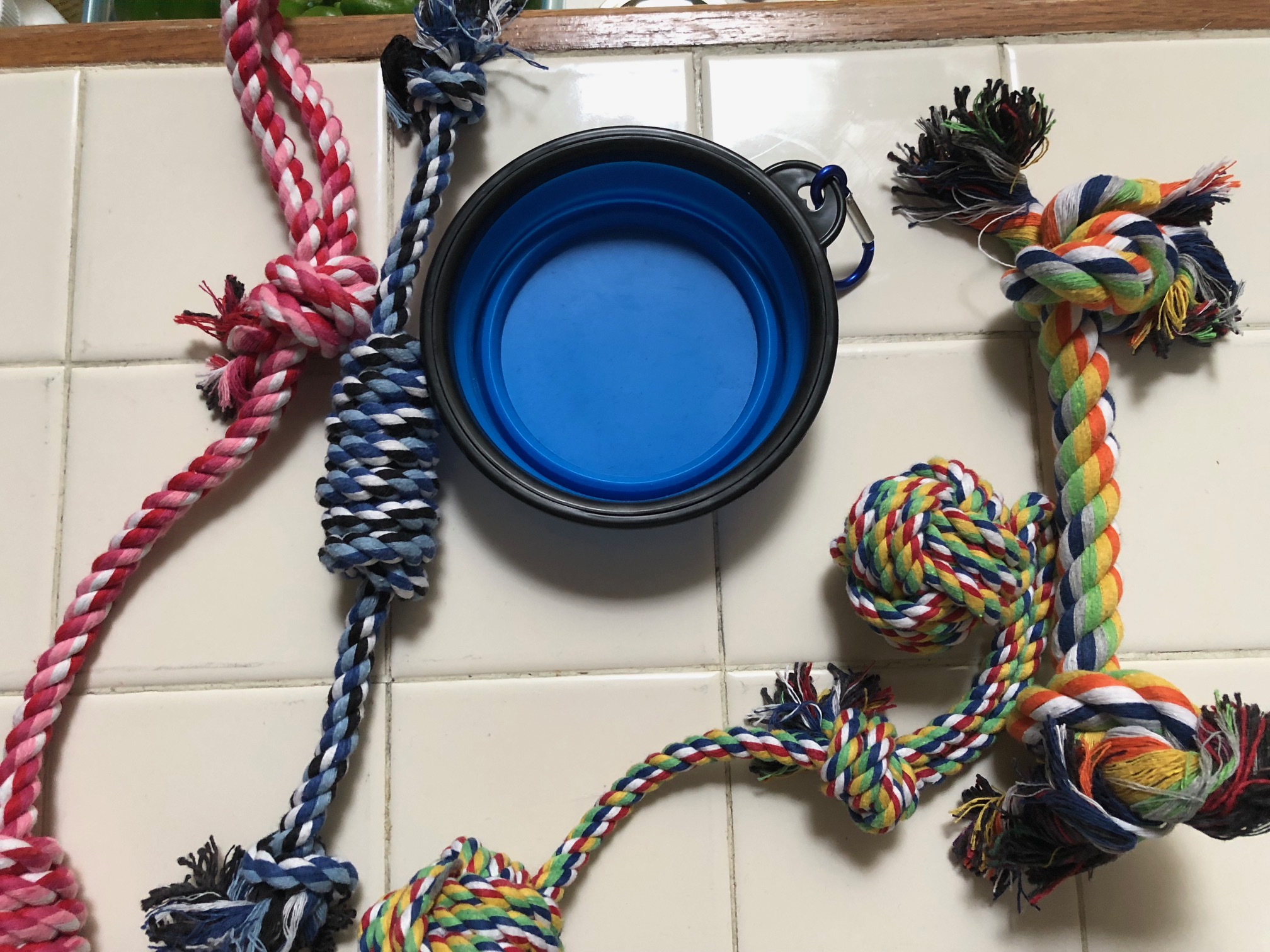 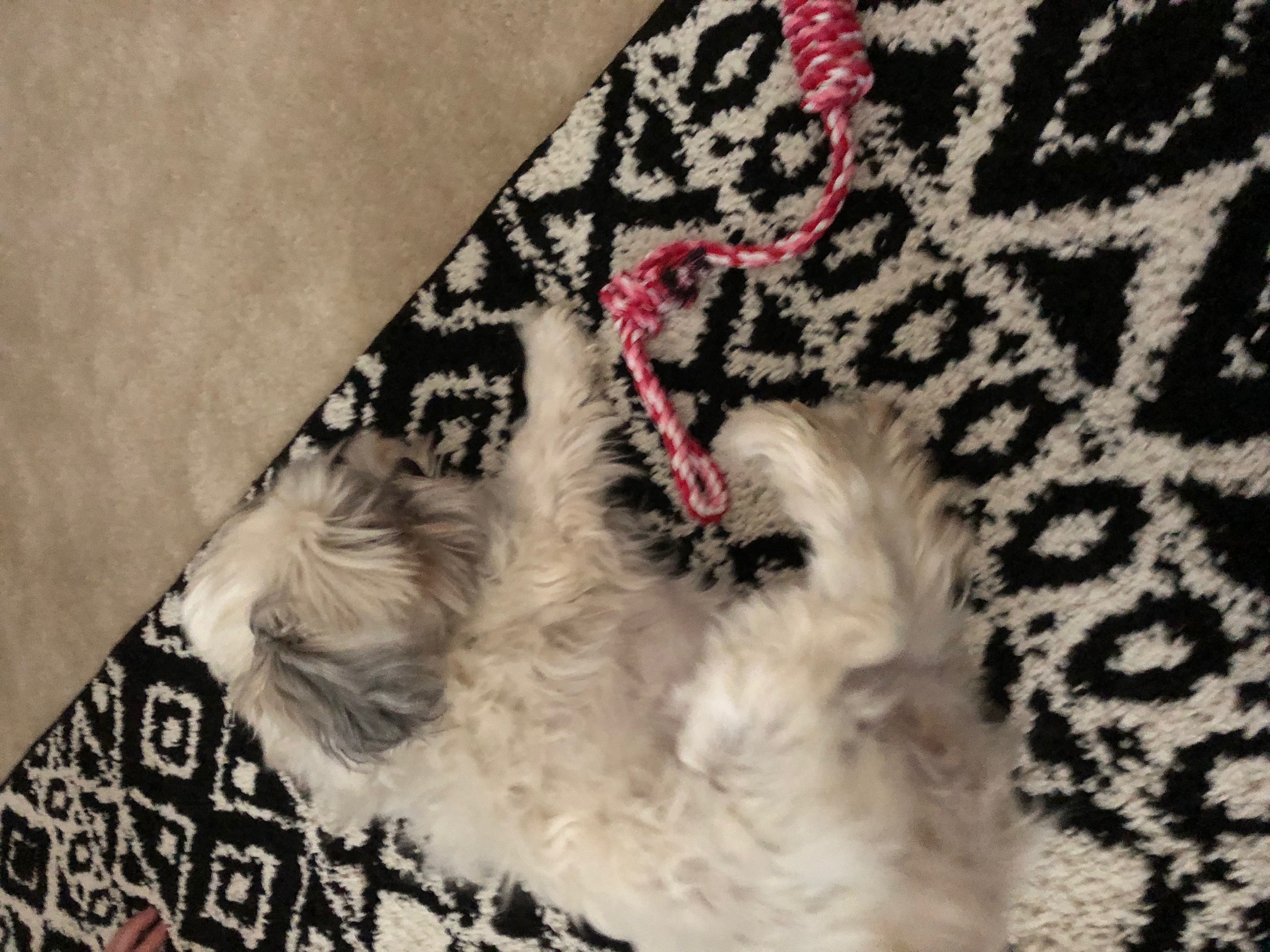