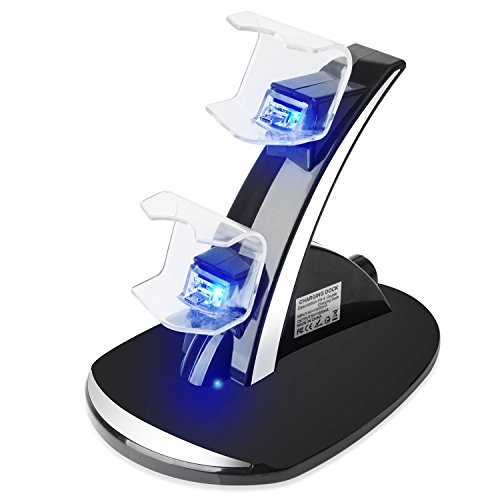 I particularly like this style of charging station docks, as they make grabbing the controller accessible, with its orienting stand and charge pin connector. It fits snug, so you won't have to worry about the controller falling off. The doc itself has LED indicators; red indicates charging, while blue indicates a full charge. A full charge can be completed within two hours when charging one single controller. It'll charge two controllers simultaneously within four hours. The dock uses a USB mini to USB, which can be plugged in to any outlet, especially in your PS4 console, without needing to install any drivers; its "plug-n-play" feature makes this charger dock very convenient. This particular dock compliments the PS4 with its sleak design; the after market dock feels and looks like a Sony product.

Assembly is pretty straight forward; you have to snap the stand to the main dock. Once it's in, it's in and it doesn't appear that there's any way to disassemble it thereafter. The bottom of the stand has an anti-sliding cushioned pad, so if you wanted to, you could plop this thing right on top of your console, without having to worry about scratching. The form factor is solid, and it doesn't feel cheap; nice thick shiny plastic. I highly recommend it; you won't be disappointed. 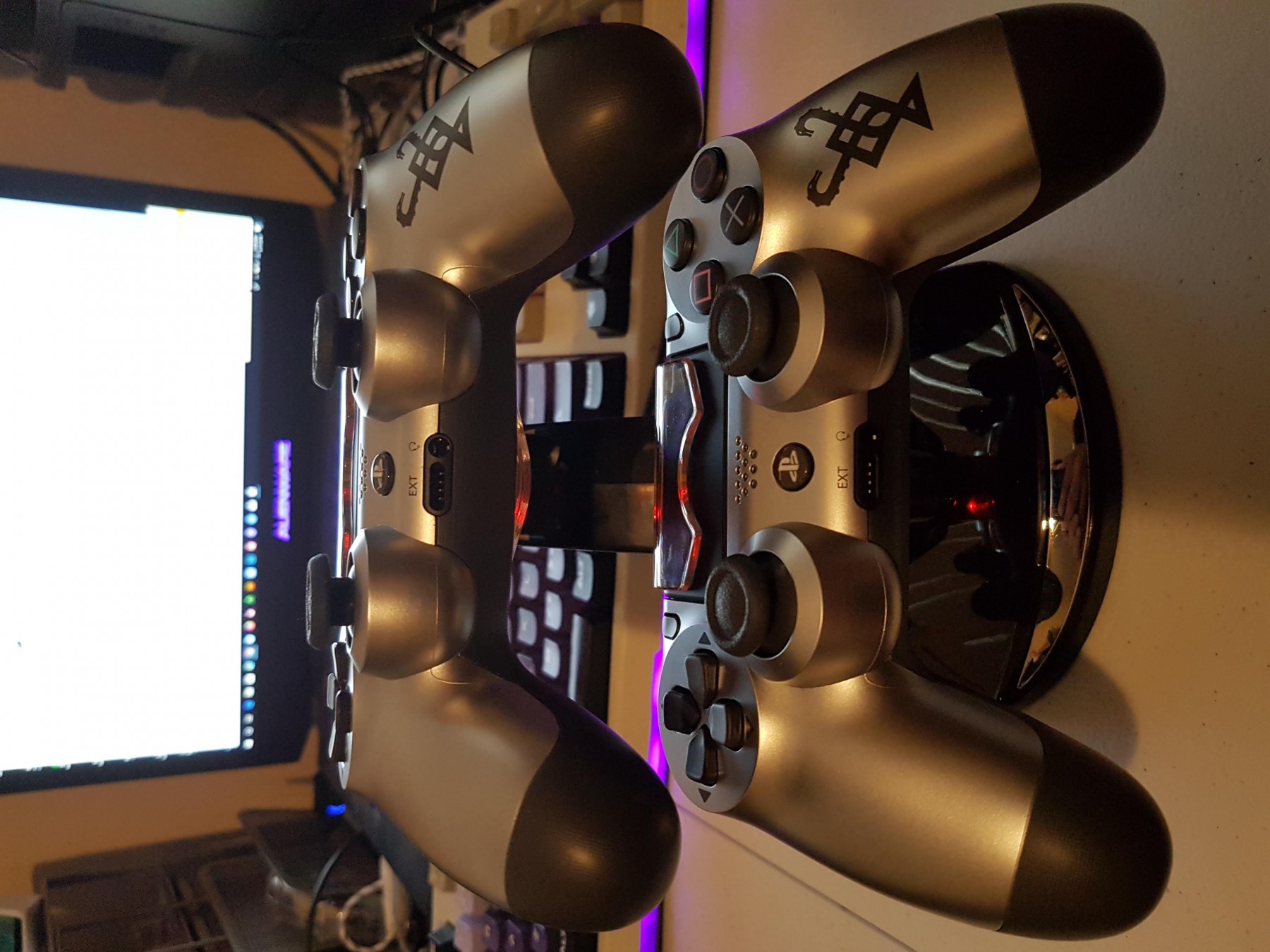 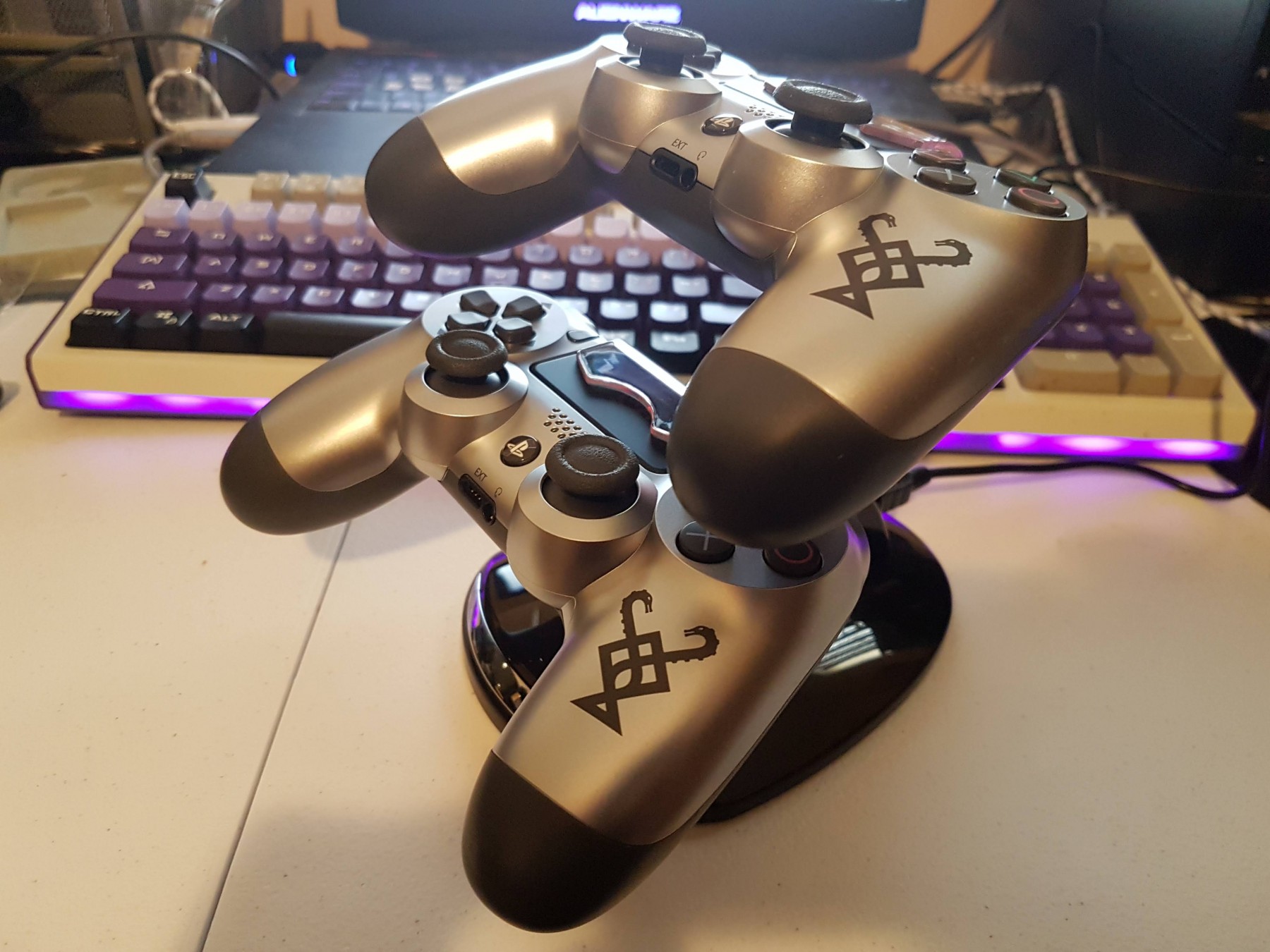 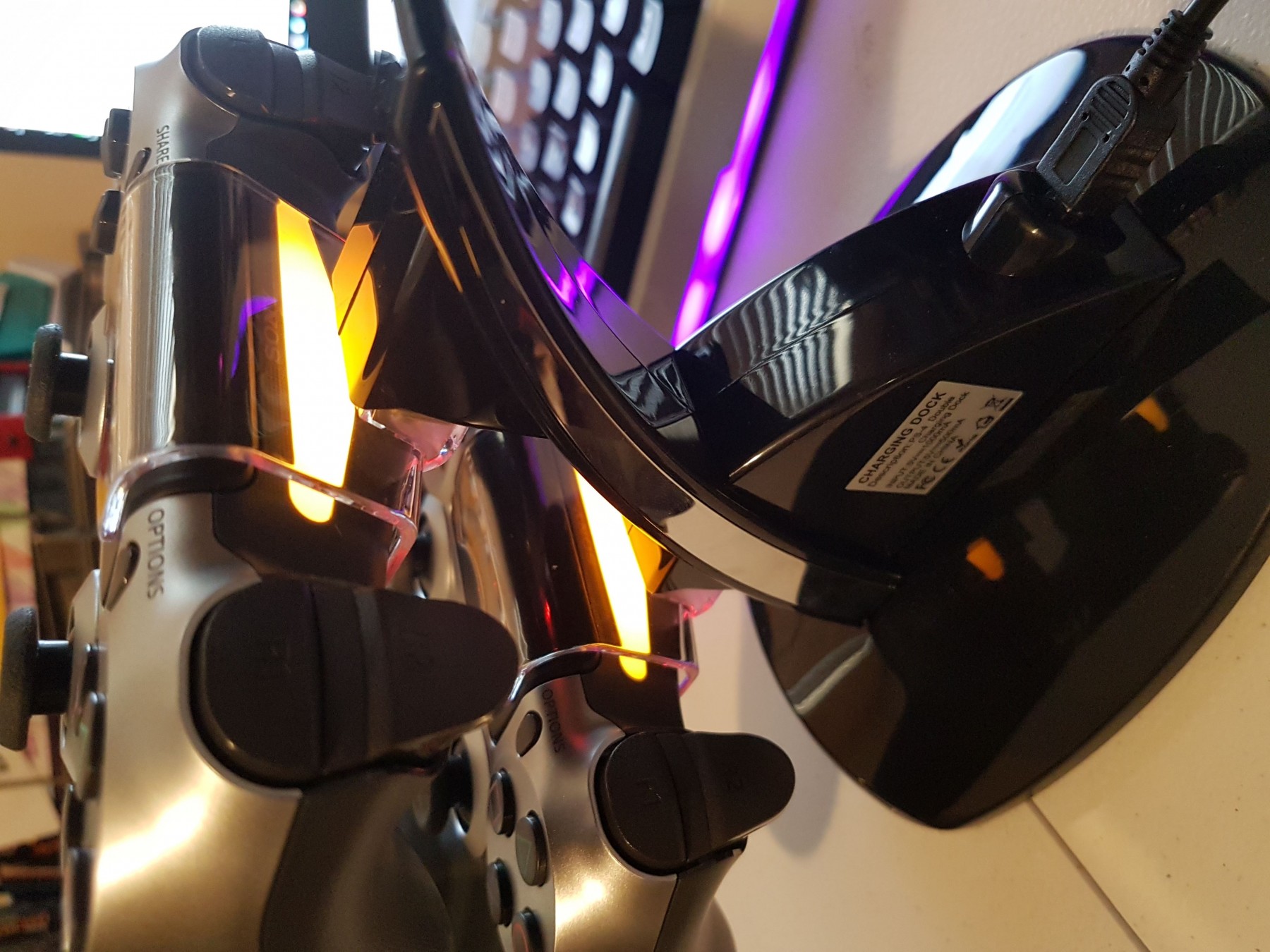