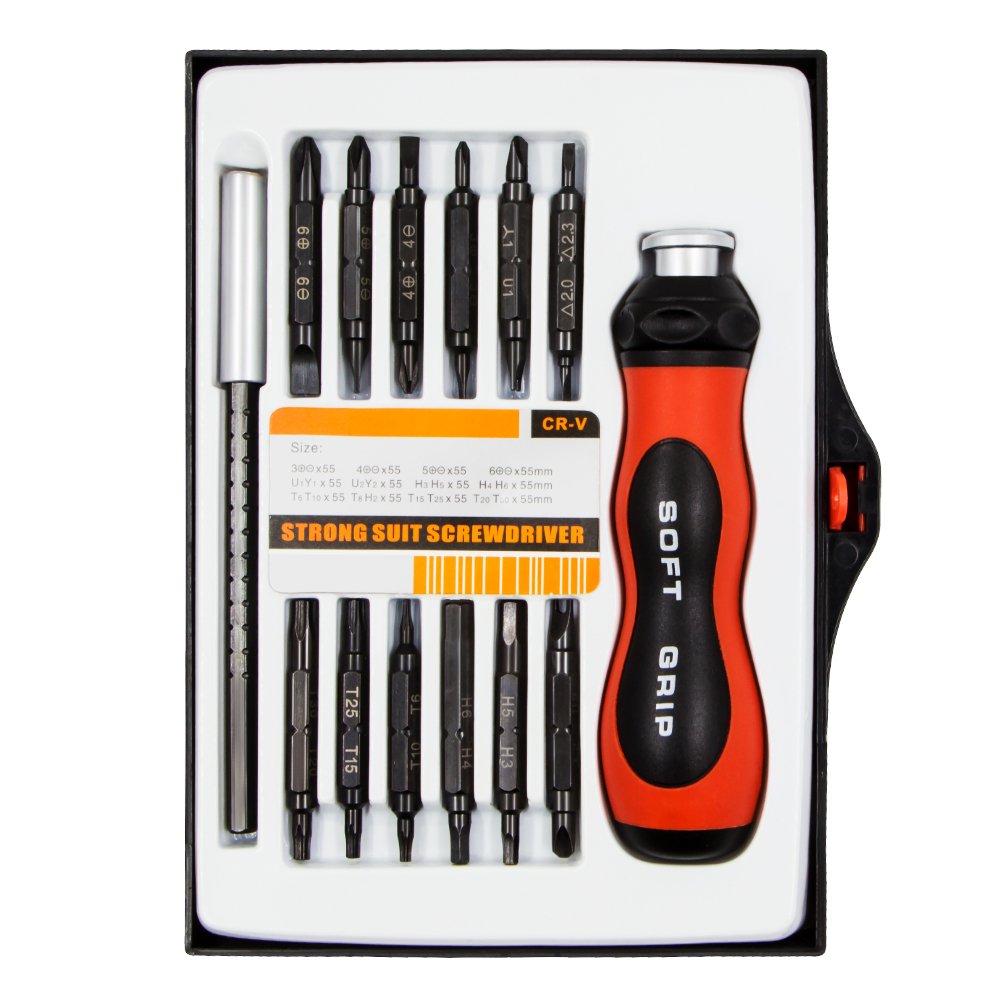 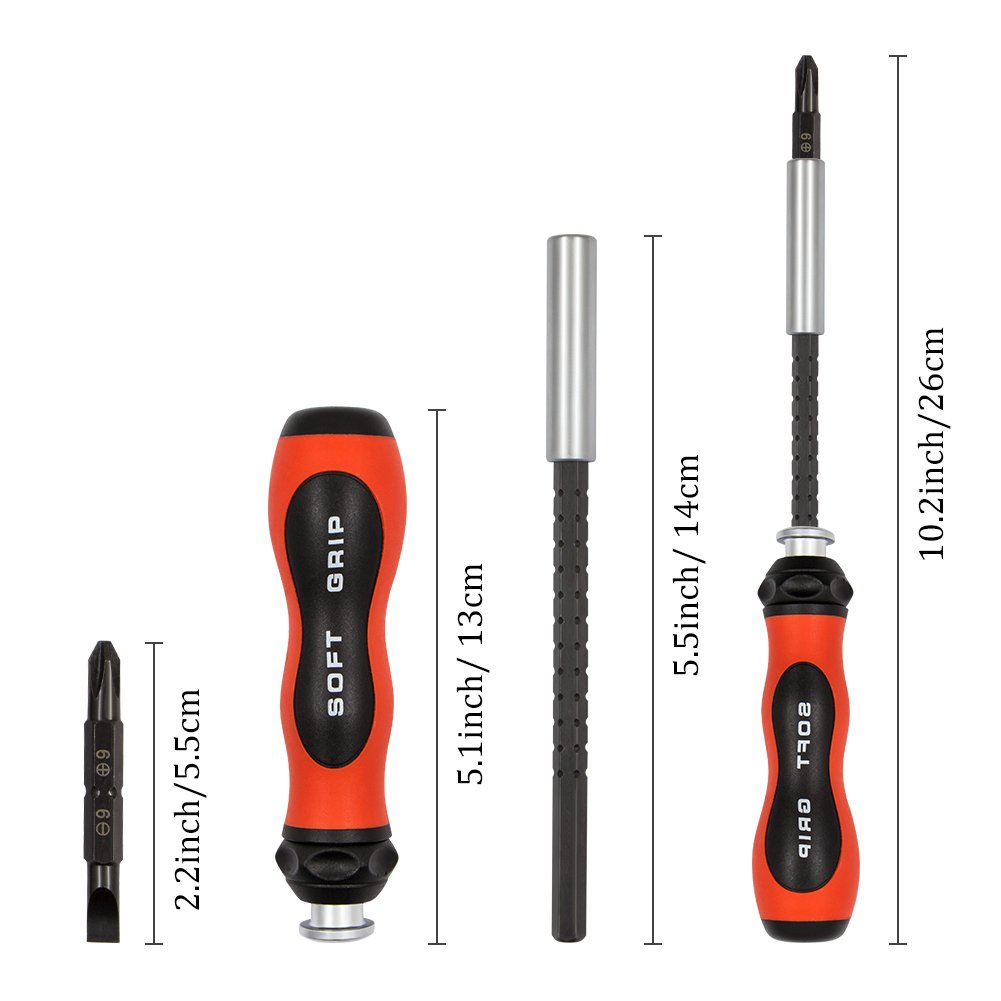 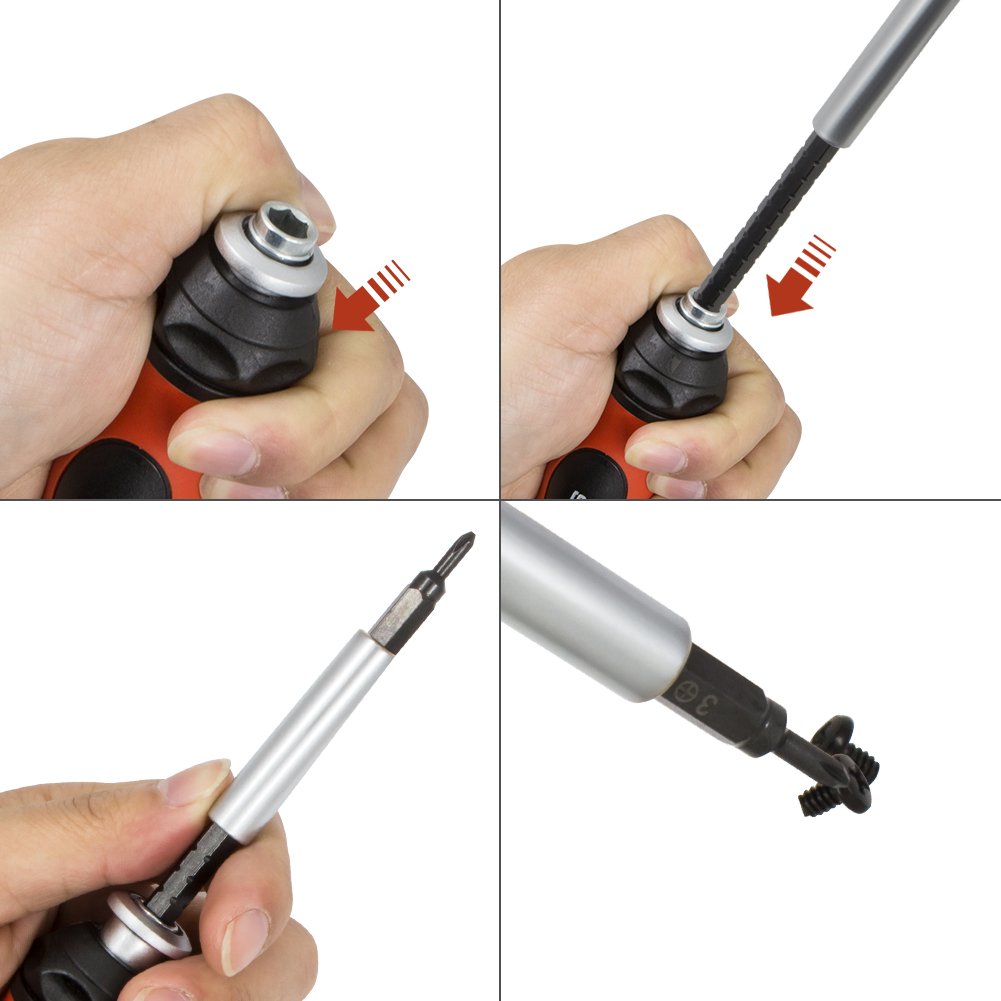 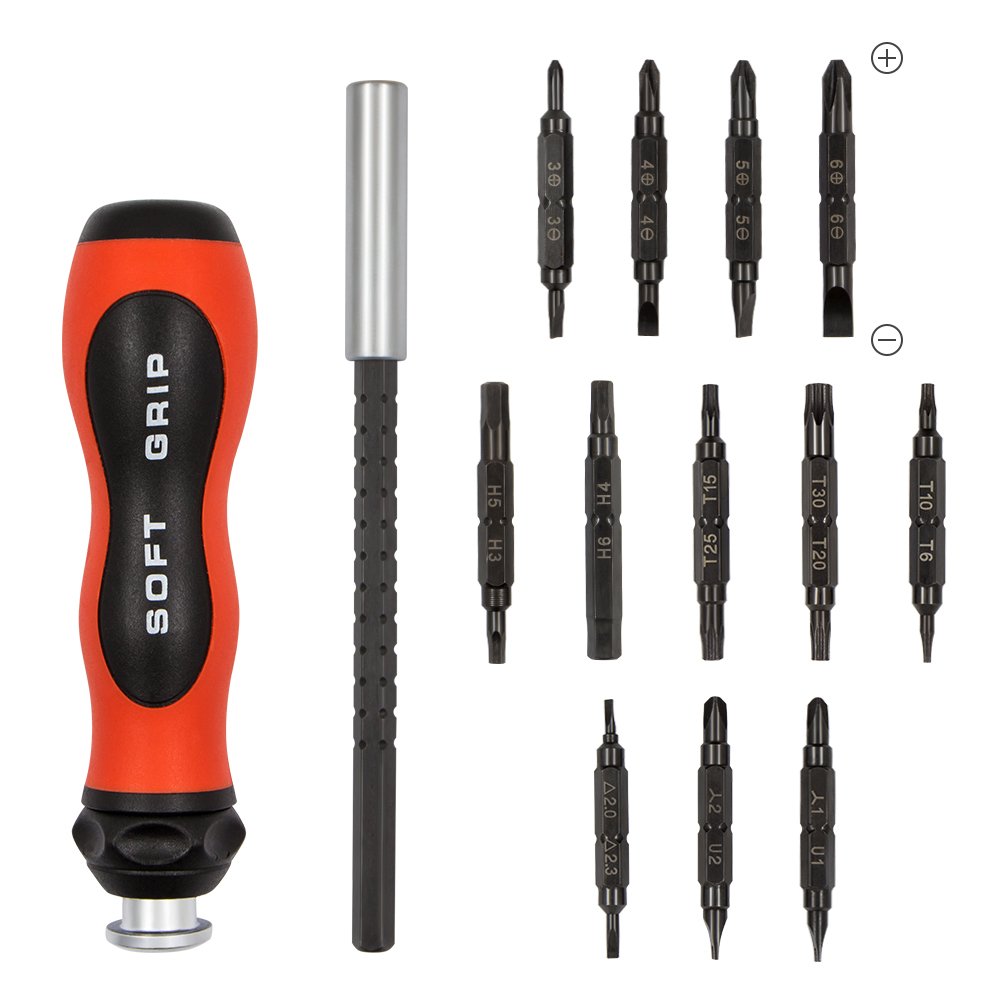 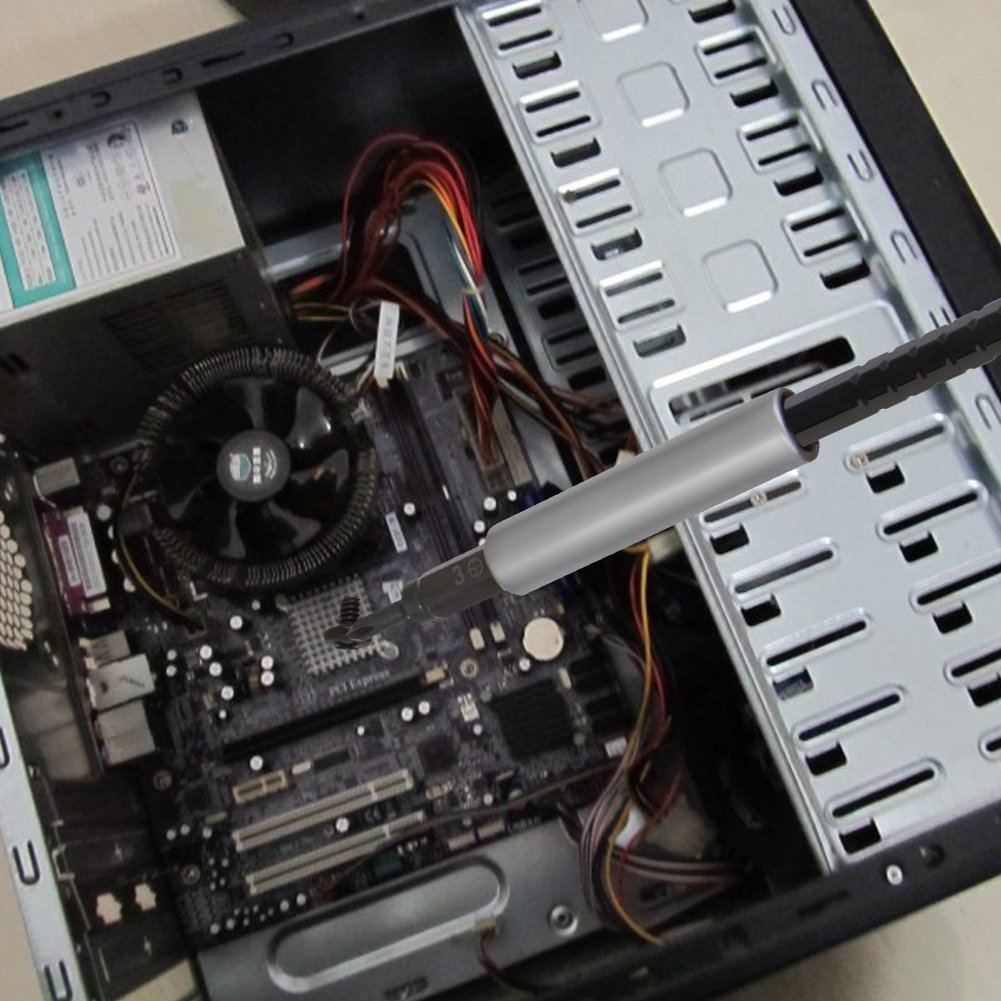 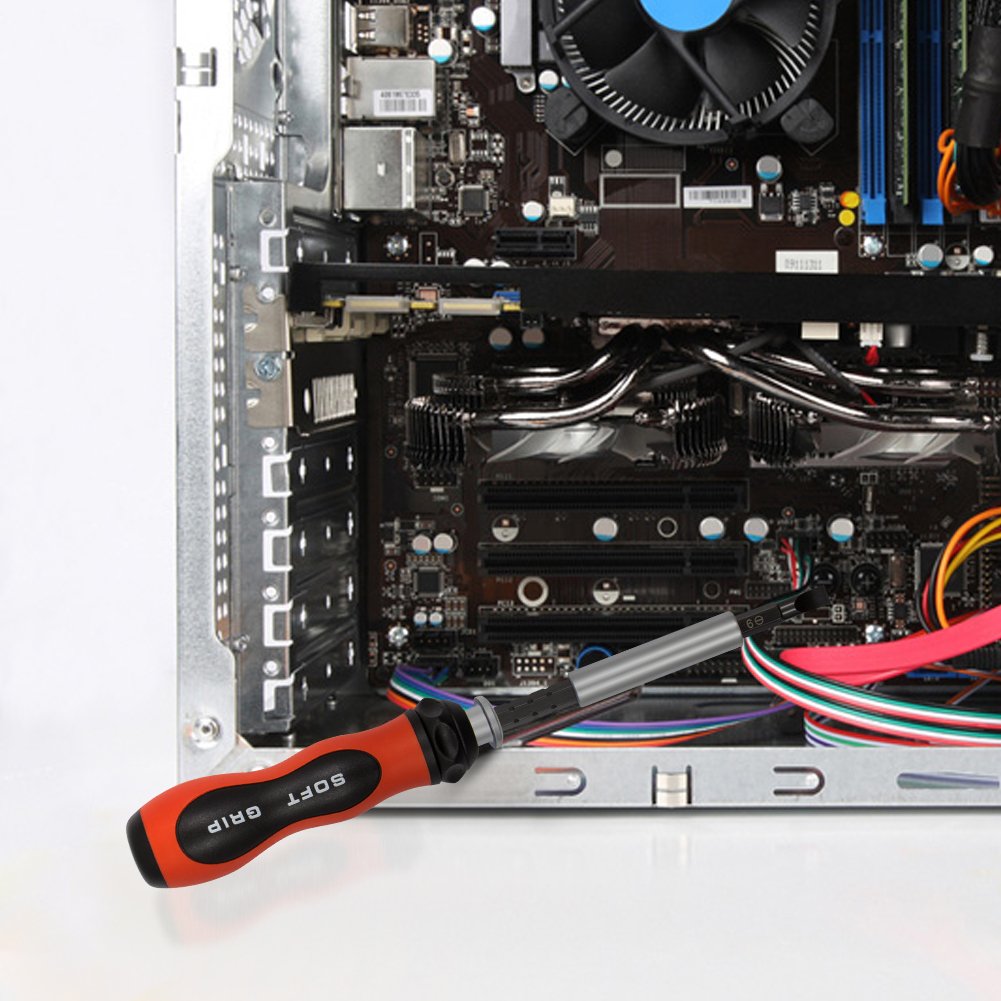 My husband is a techy guy and he likes to gather inexpensive tools for when he needs to fix, replace or build electronics. He loves building computers and I'm usually his helper so I'm always on the look out for tools that will help him make his job easier.

I saw these and instantly thought how helpful it would be for him during his computer builds. The extension rod itself would be tons of help to get into those hard to reach places. The fact that it's magnetic sweetens the deal more. The only reason I docked it off two stars is because we discovered not all of the bits are magnetized.  WIth it being advertized right in the title you would expect the kit as a whole to be magnetized. When my husband opened it, right away he could tell which ones were magnetized and not. Some of the bits stuck to each other while others did not. He thinks it's evenly split down the middle how many are magnetized and not. He was so excited at first that I got him this kit, but then I saw his face fall when he finally opened it. This would still be handy for his computer builds, but the magnectic function would have been super helpful with using the small screws that usually come with his builds. He's always wanted a magnetic screwdriver and I thought he finally got to have his wish with this. He got half instead. He still likes this kit though. He wants to try out that extension rod.

If you're looking for a fully magnetic kit though, look elsewhere.