The dogs have fought over this toy 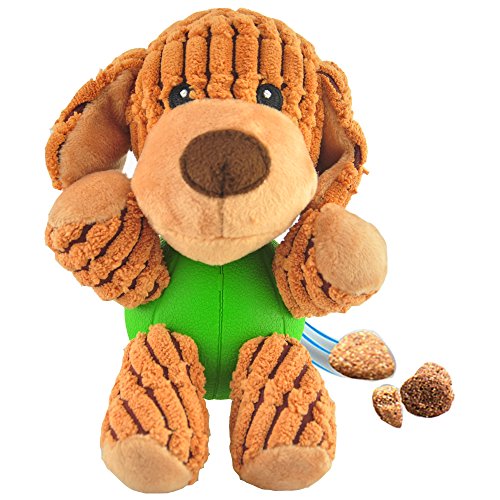 Avg. Rating
5.00 / 5   (3 Reviews)
My dogs are the best testers for toys. Toys meant to be for aggressive chewers usually don't stand up to my powerhouse chewers. I was eager to see if this toy would meet the needs of my large dogs. I have an English Mastiff who is over 160lbs and an Australian Shepherd/Pit bull mix who is over 80lbs. They are quite the chewers!   The dogs went nuts as soon as they saw this toy. They wanted it immediately. You can see their reaction in my video attached to this review. They were excited about playing with it. We have now had it a few days and I have some thoughts on it.   The toy is well made. The material is thick and the stitching is well done. It looks great. The treat ball is a little squishy, but not something they can tear up. It is just squishy enough to squeeze treats out that you might put in it. It has a hole in the back that you can poke the treats in to and which they will squish them out through. I do wish there was another hole in the ball, though, to prevent any possible suction issues. I poked a hole in it to make sure they don't get it stuck on their tongue or mouth in any way while trying to get things out or playing.   The toy would probably stand up to some heavy chewers, but my dogs decided to try to play tug-o-war with it. They nearly beheaded the poor toy before I stopped them. So the head was hanging to the side. Two days later my mastiff realized she could pull the stuffing out (that is her favorite thing to do), so we had to reach in and pull everything out, including the squeaker, and throw it away. The dogs now have a flat headed toy attached to a ball with arms and legs.   Otherwise, the toy is holding up. They still play with it, still baby it and chew on it, and they do like it. If it had lasted a little longer through the near beheading, it would have been great.   All of that said, I would still buy it again because it has been a fun toy for them.   #RankBoosterReview #sponsored #Petgin #dogtoy #pettoy #doggietoy #dogshapedtoy #chewtoy #aggressivechewer #spoileddog #ilovemydog
Get yours here: https://amzn.to/2IDlG43 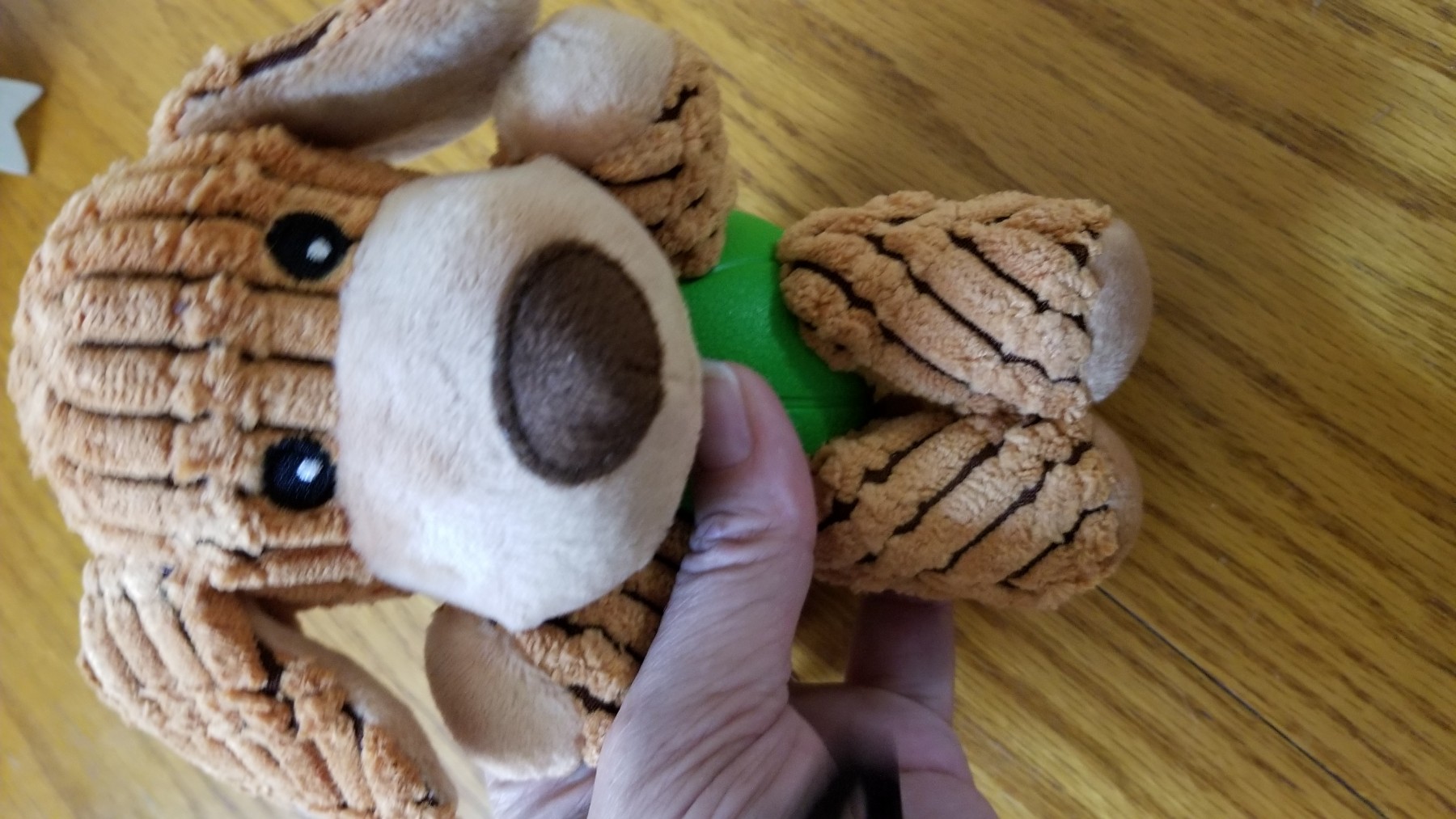 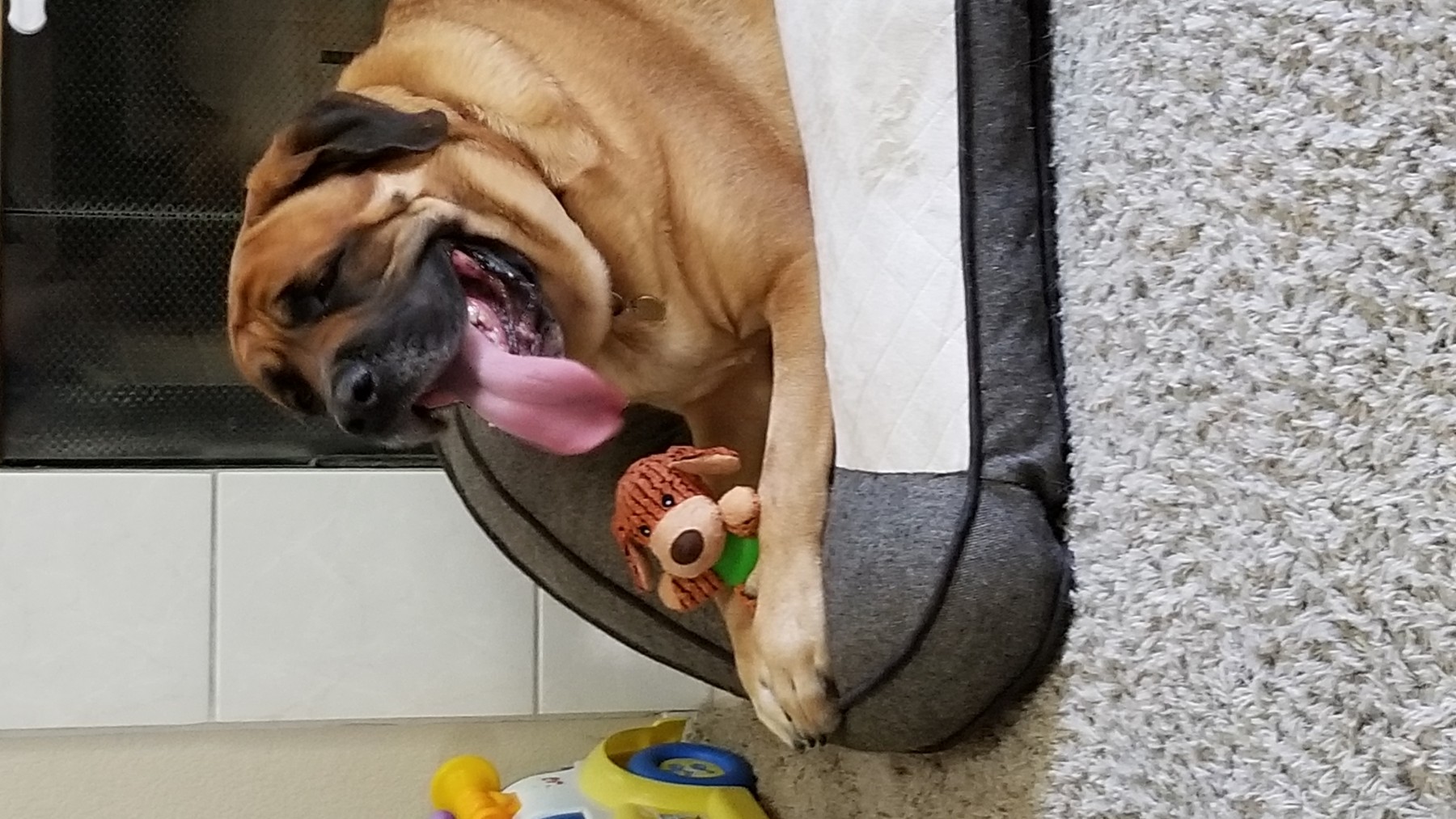 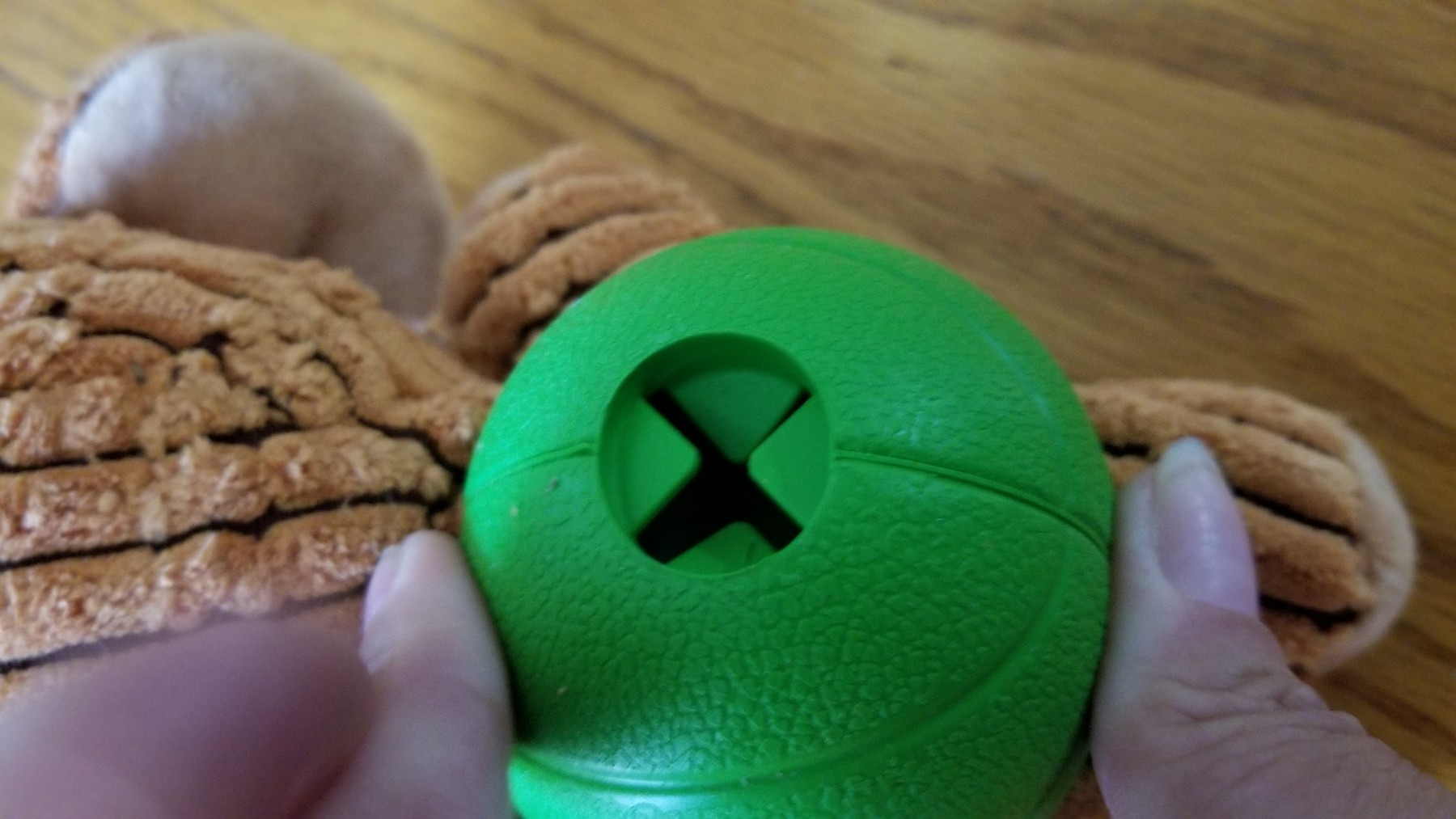 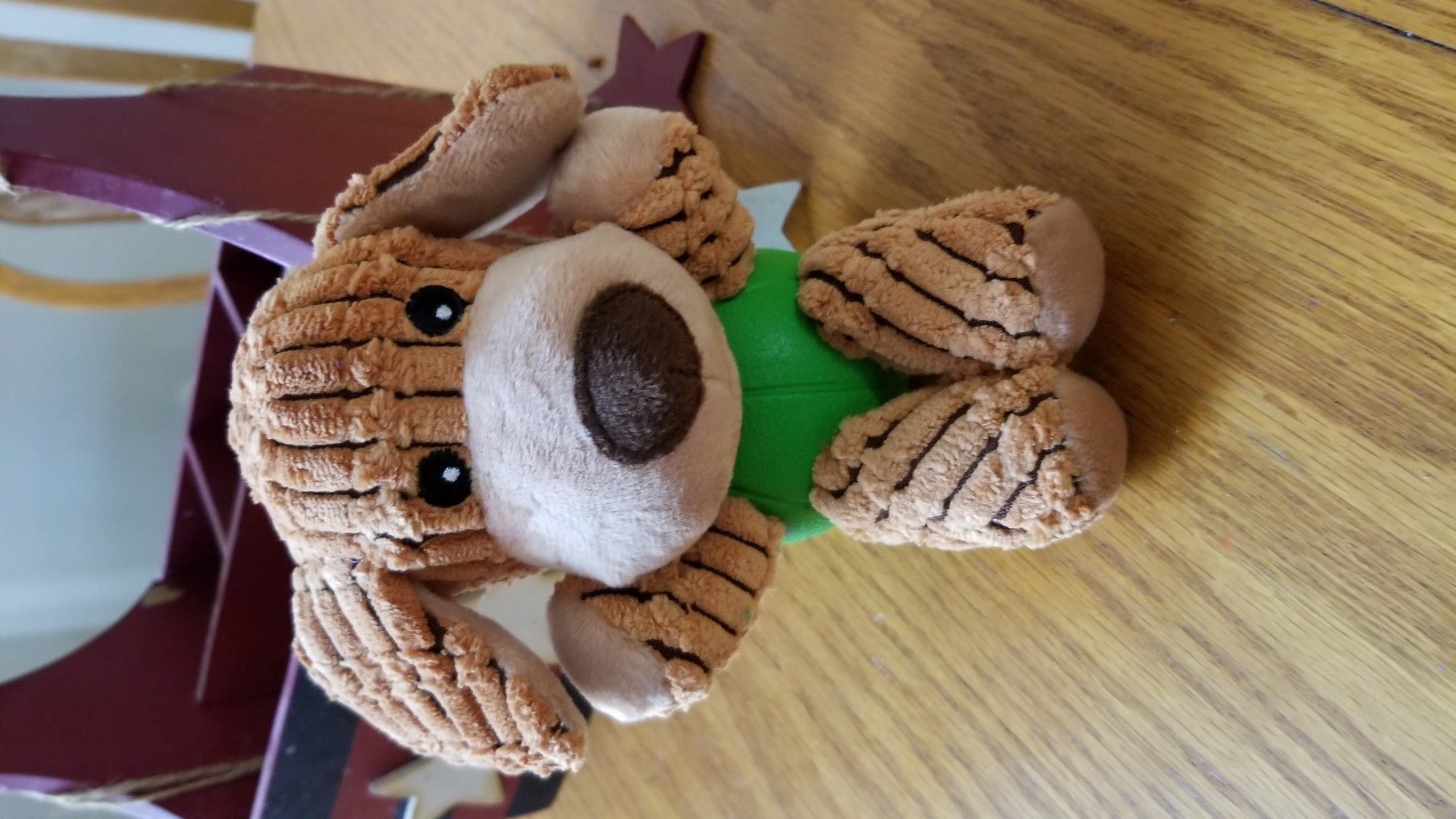 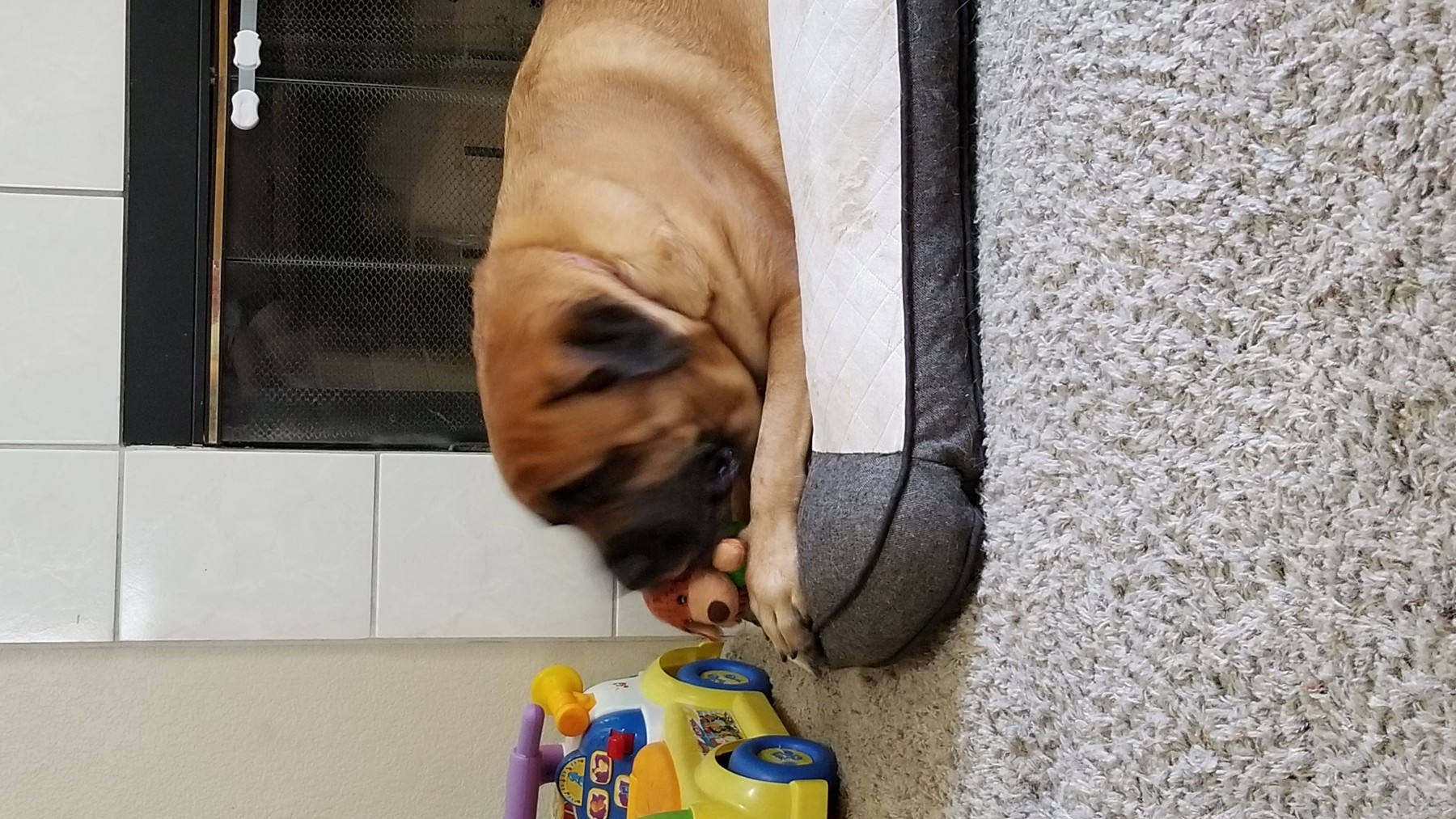