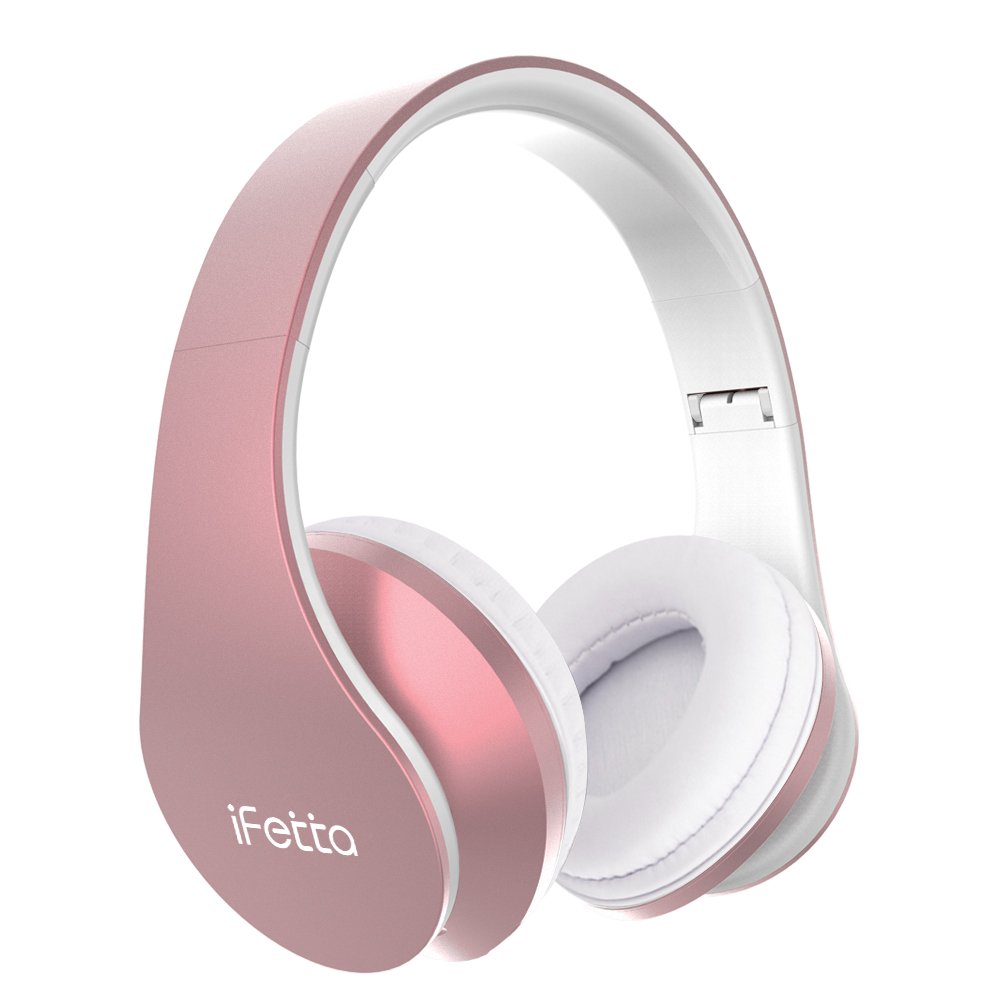 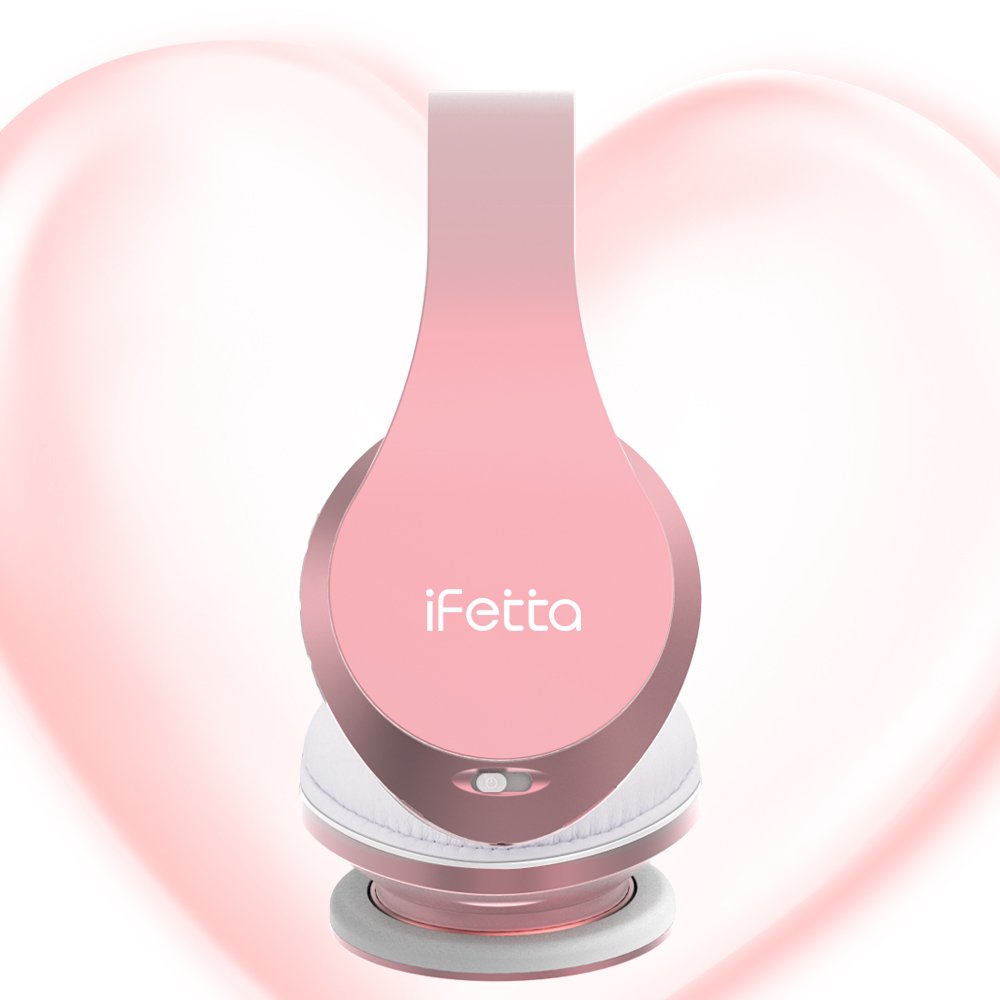 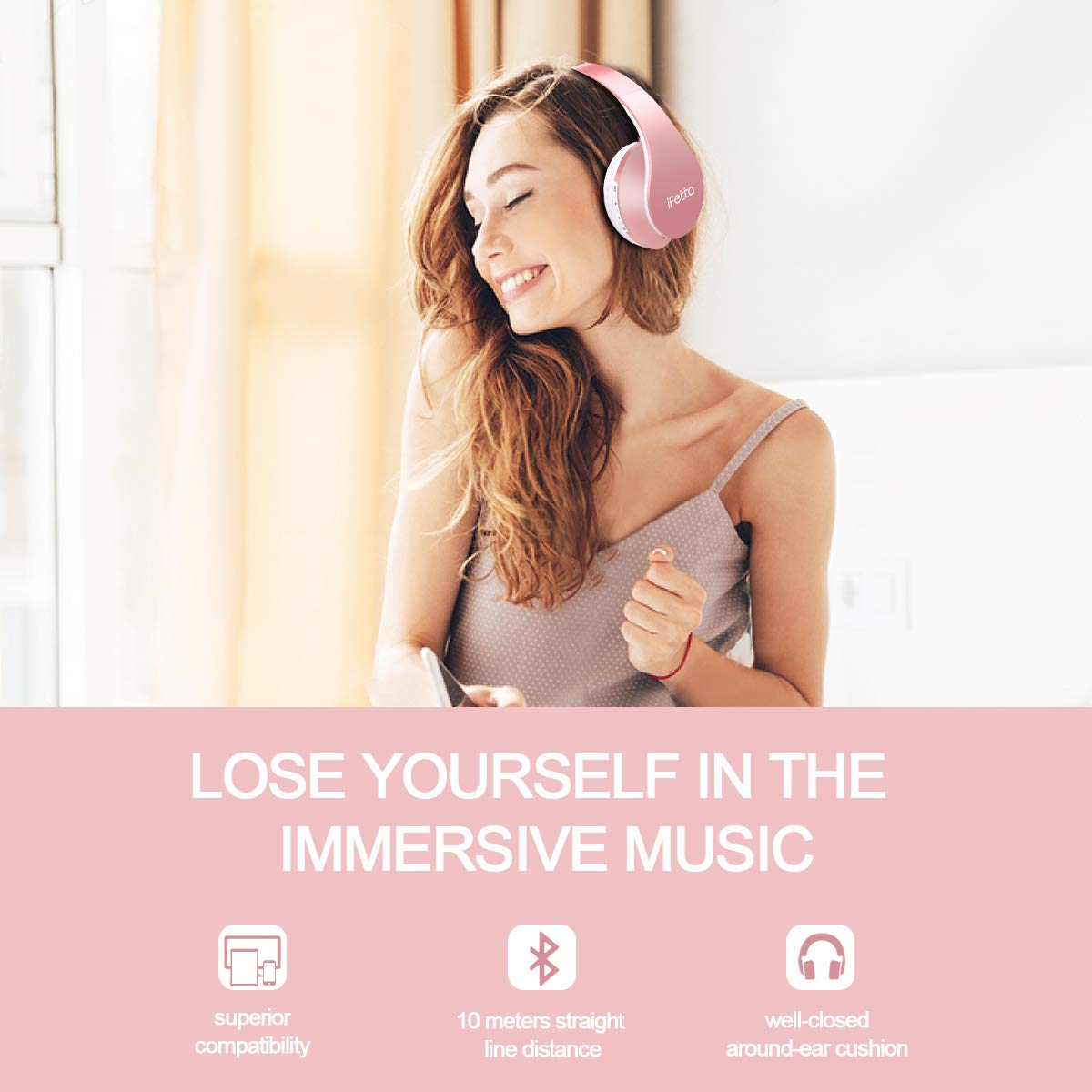 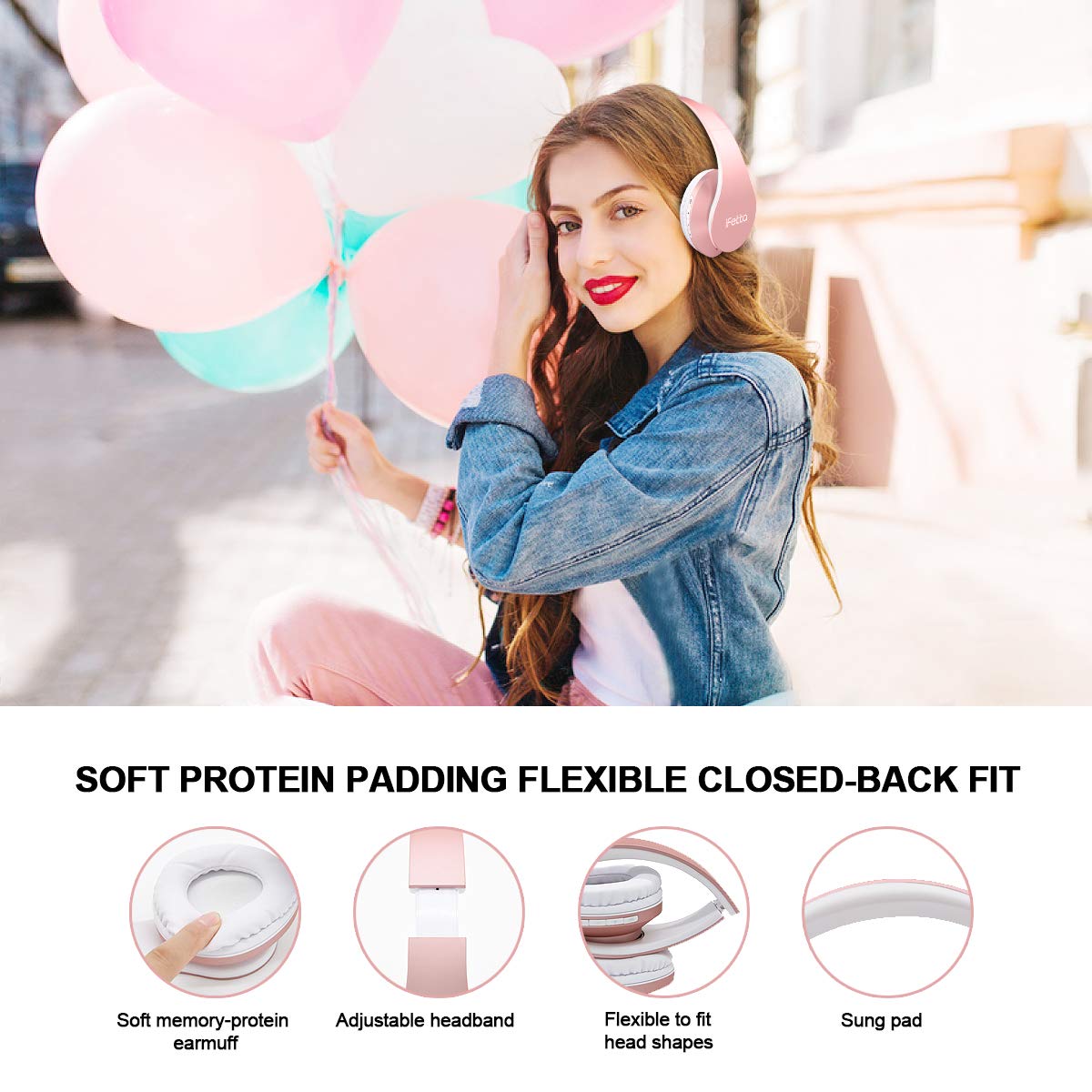 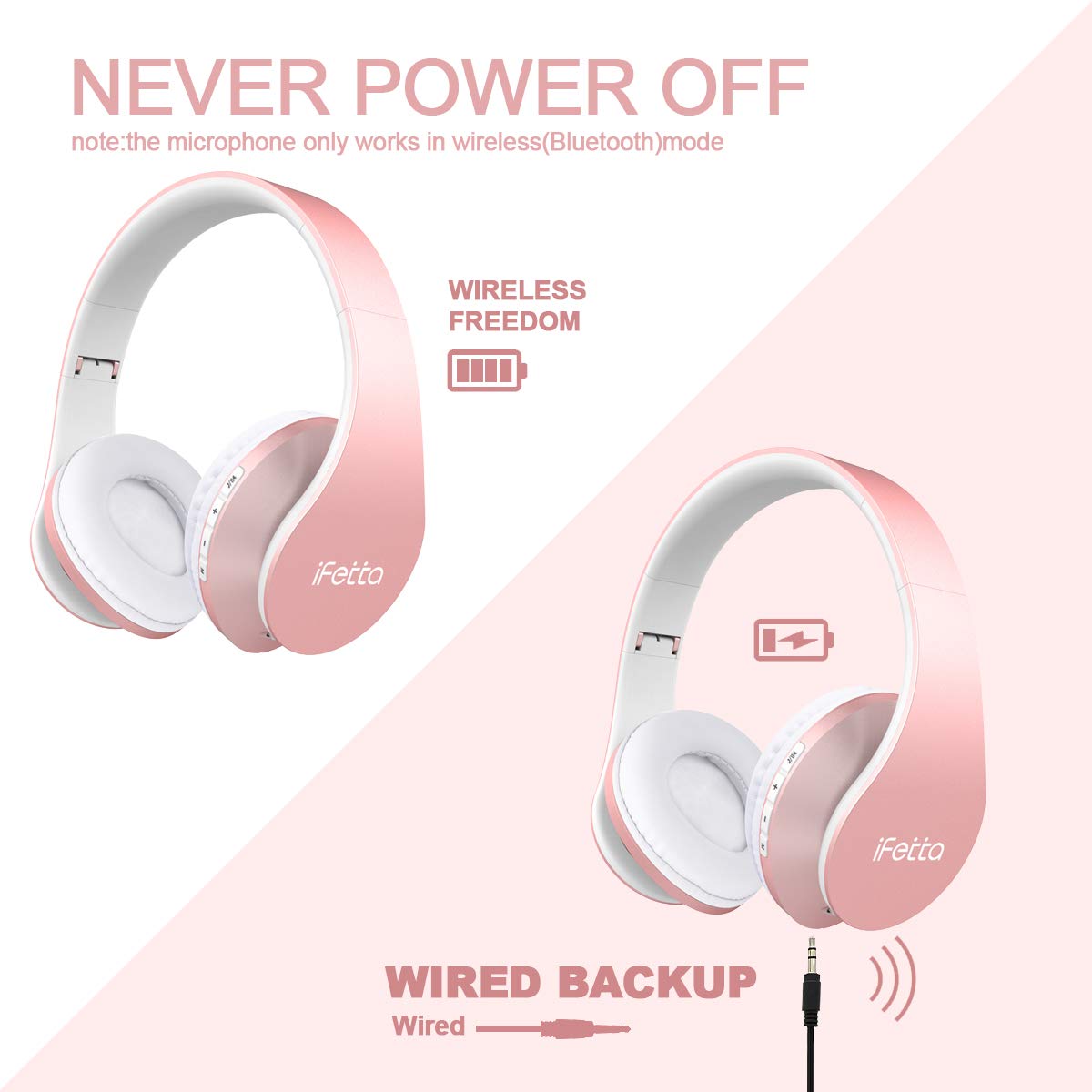 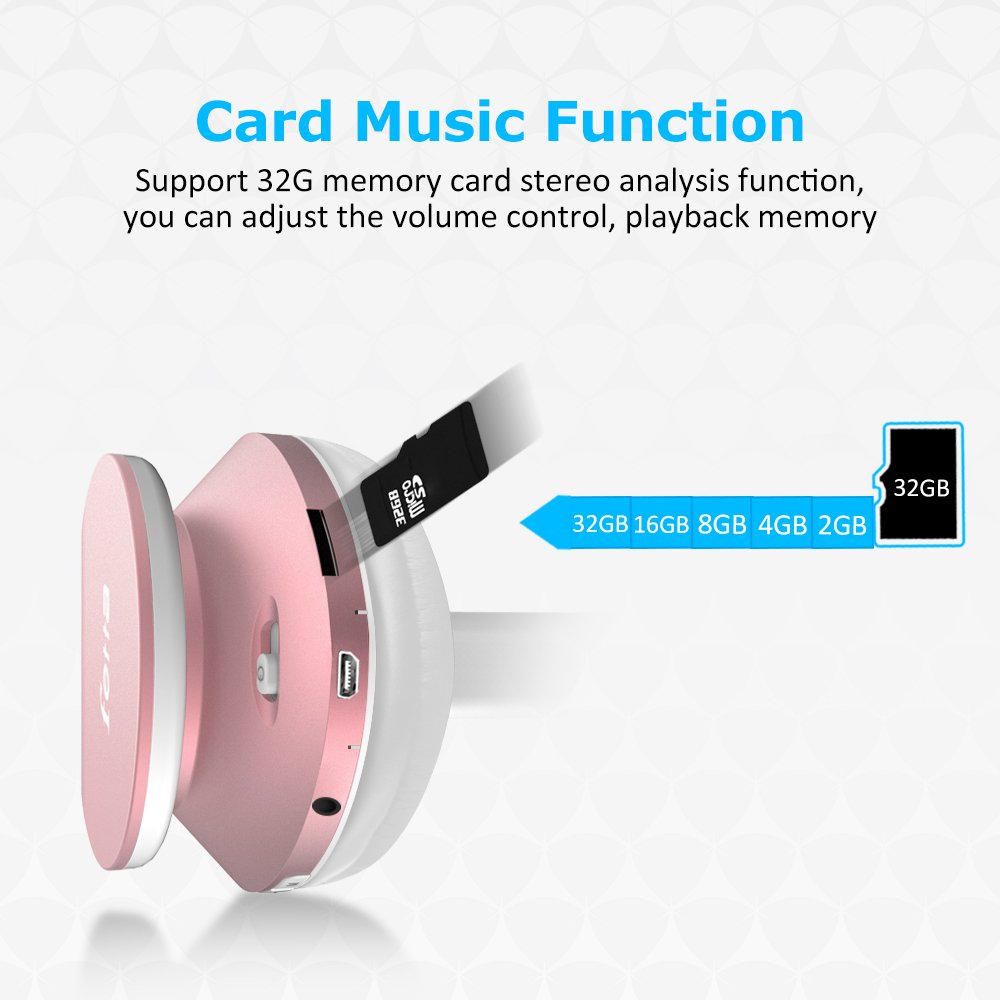 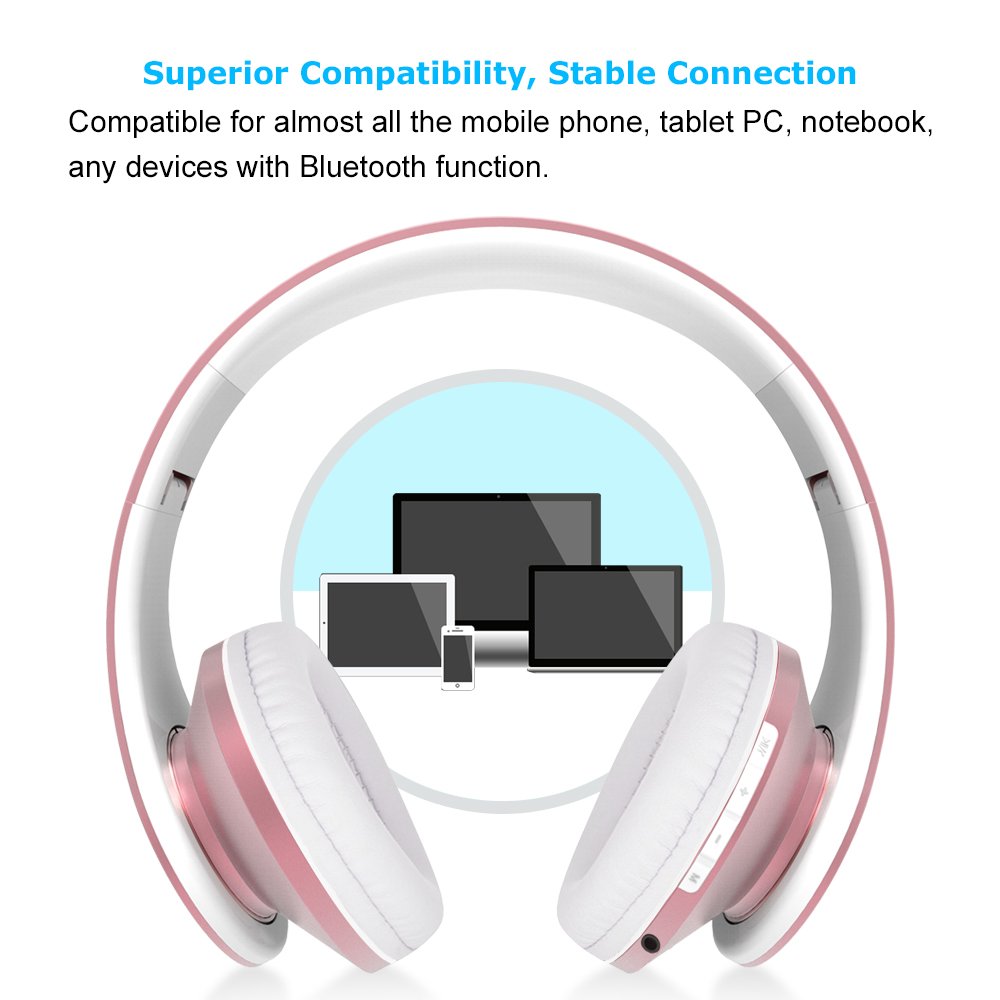 I have 2 girls 2.5 and 6.5 yo. and we have gone through a lot of headphones since the cords get constantly stepped on and pulled by kids and stop working. And it's such a pity to throw away nice looking headphones that have no use due to ripped cords. After another search on Amazon for another pair of headphones I came across similar one and thought that it's a time for change. I don't know why it didn't come to my mind sooner to get cordless headphones sooner. We would have saved so much money by now. Anyways here they are and here is my oldest girl using them while on her Samsung tablet. They are well made with pretty pink color, sound is good and headphones don't hurt her ears. Which is great since some are too tight and literally squish her ears and she had to take them off.

Thought I am not a huge fan of big headphones I personally like them too and wouldn't mind using if I had to. Let's say if my lil one hides mine lol little brat.

I had to buy another pair for the little one since she was fighting with her sister over those headphones. Now they both will enjoy their cartoons and my oldest won't get bit up and bitten by my little monster lol