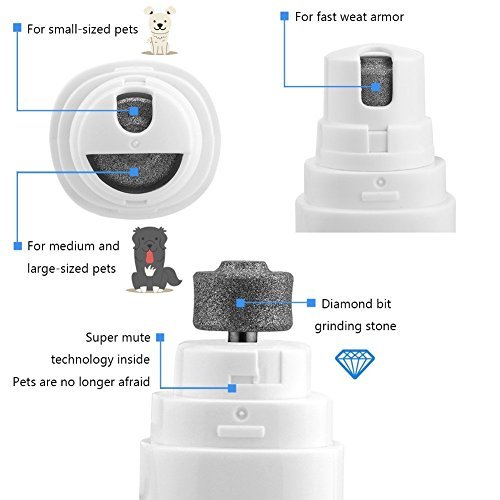 I got this nail grinder since it said it was electric to do my dogs nails at home and hoping it would be better to use on their nails instead of clippers. I was a bit disappointed when it came as it wasn't ELECTRIC but used batteries. The title is misleading. This is why I only gave 4 stars instead of five. It does do the job of trimming the nails. It has 2 area's on the head for small nails or big nails which is nice. Had this been a truly ELECTRIC nail grinder meaning using electricity then it would of been a 5 star review. I did get this at a discounted price.