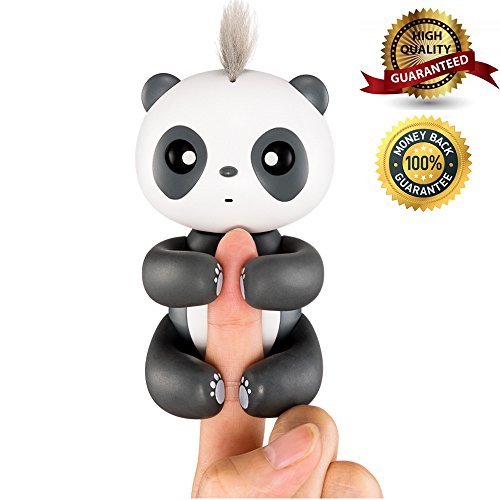 We have 4 of these critters from WowWee but no panda so when I saw this one on special I just had to get it for the little one. It arrived nicely boxed and honestly package looked more presentable than original WowWee ones. The second I took it out of the package it fell apart right in my hand! Wtf! My kid looked at me in disbelief. The body wasn't fused together and all the limbs fell off, head was wobbling but remained attached by its wires. Battery compartment open and screws just on the bottom of the box! I was so upset and just wanted to throw it back in its box to return but when I looked at my 2 yo girls face I just had to try fixing it. Luckily when I flipped it's switch on it worked so I spent good 10 min figuring out how to position limbs and then how to hold them in its place. Once I tried putting it on my finger the front and the back were getting separated!!! I had no super glue so I just used 2 rubber bands to keep them in place for now. My girl loves it and its cute sounds so I will try to replace it and hopefully next one wont have any issue