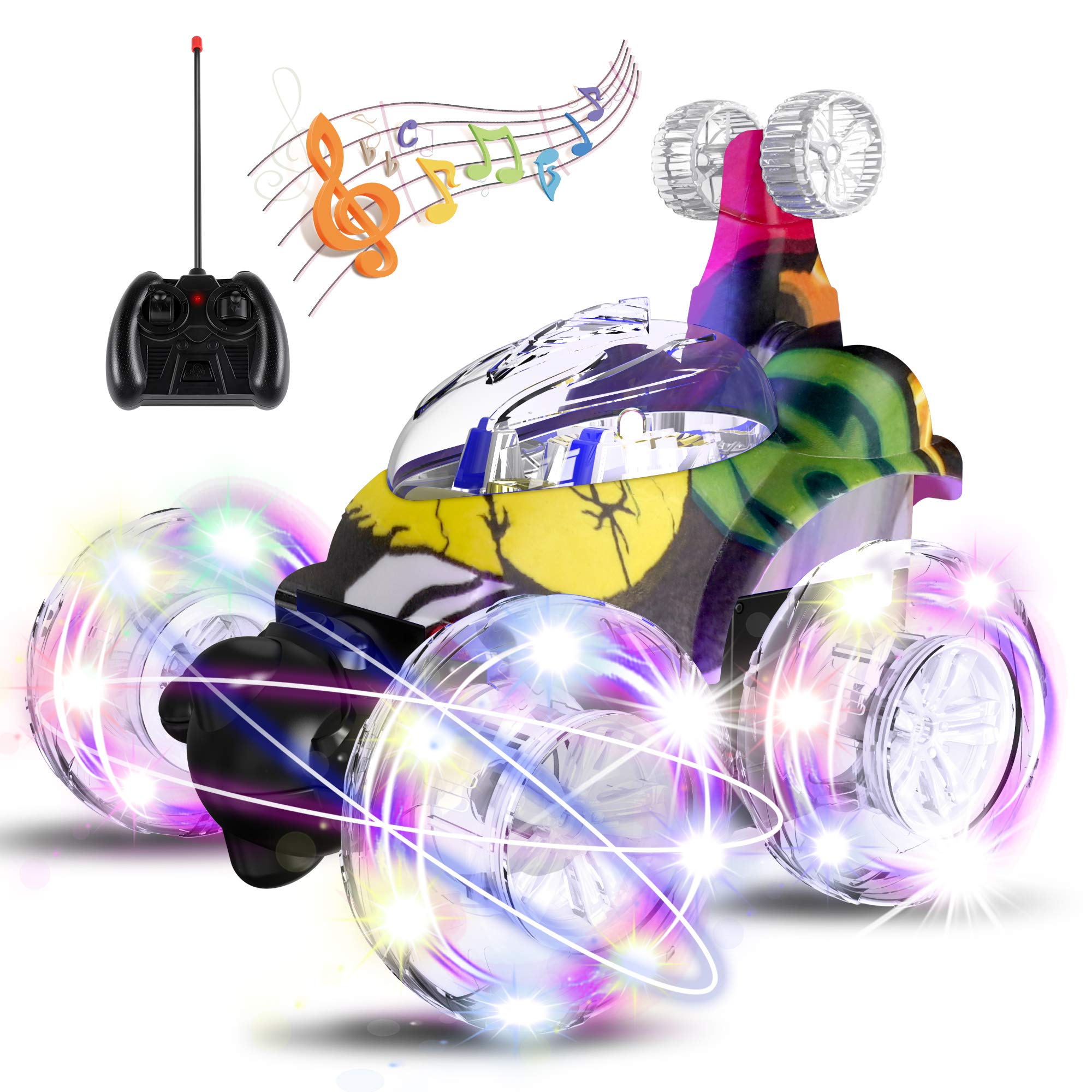 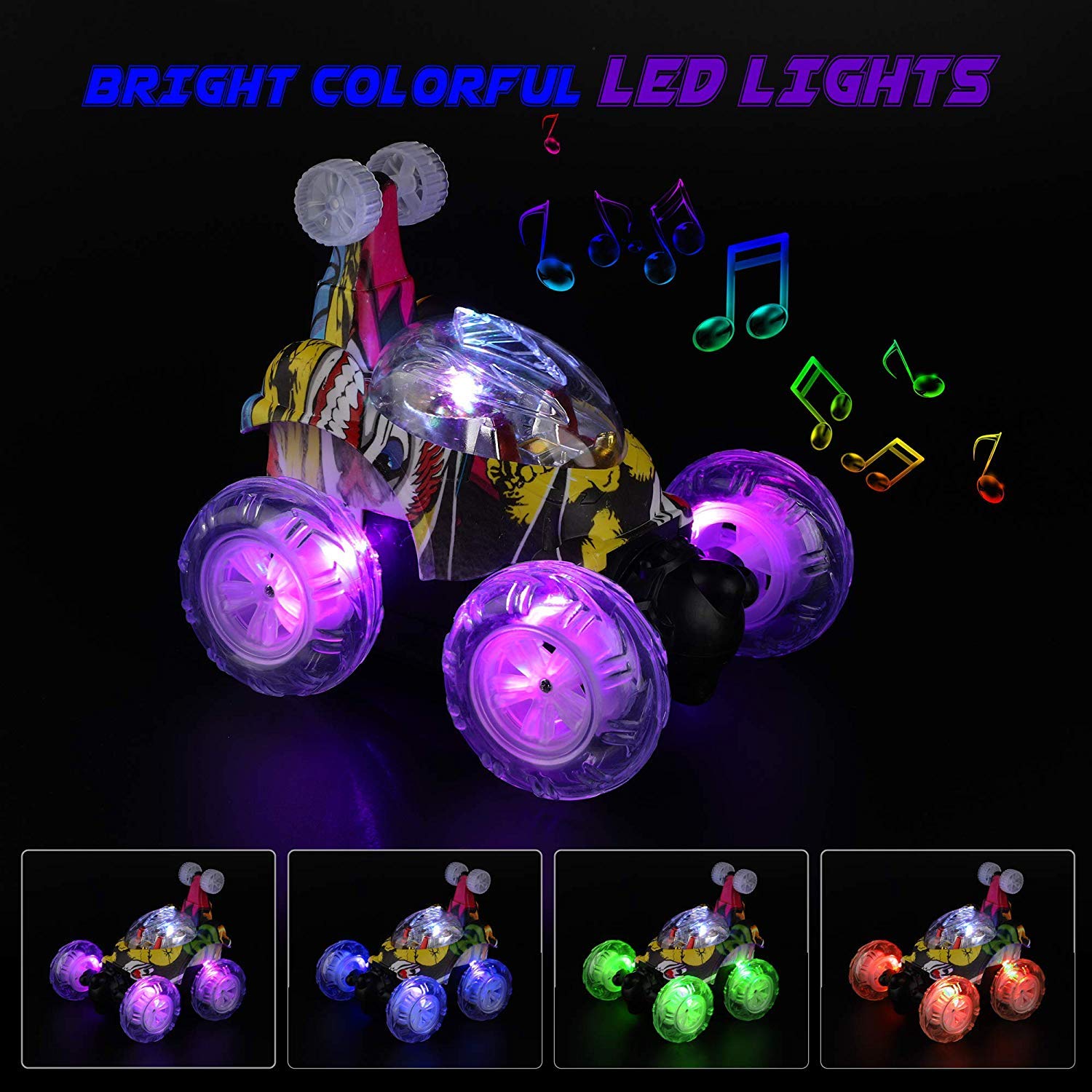 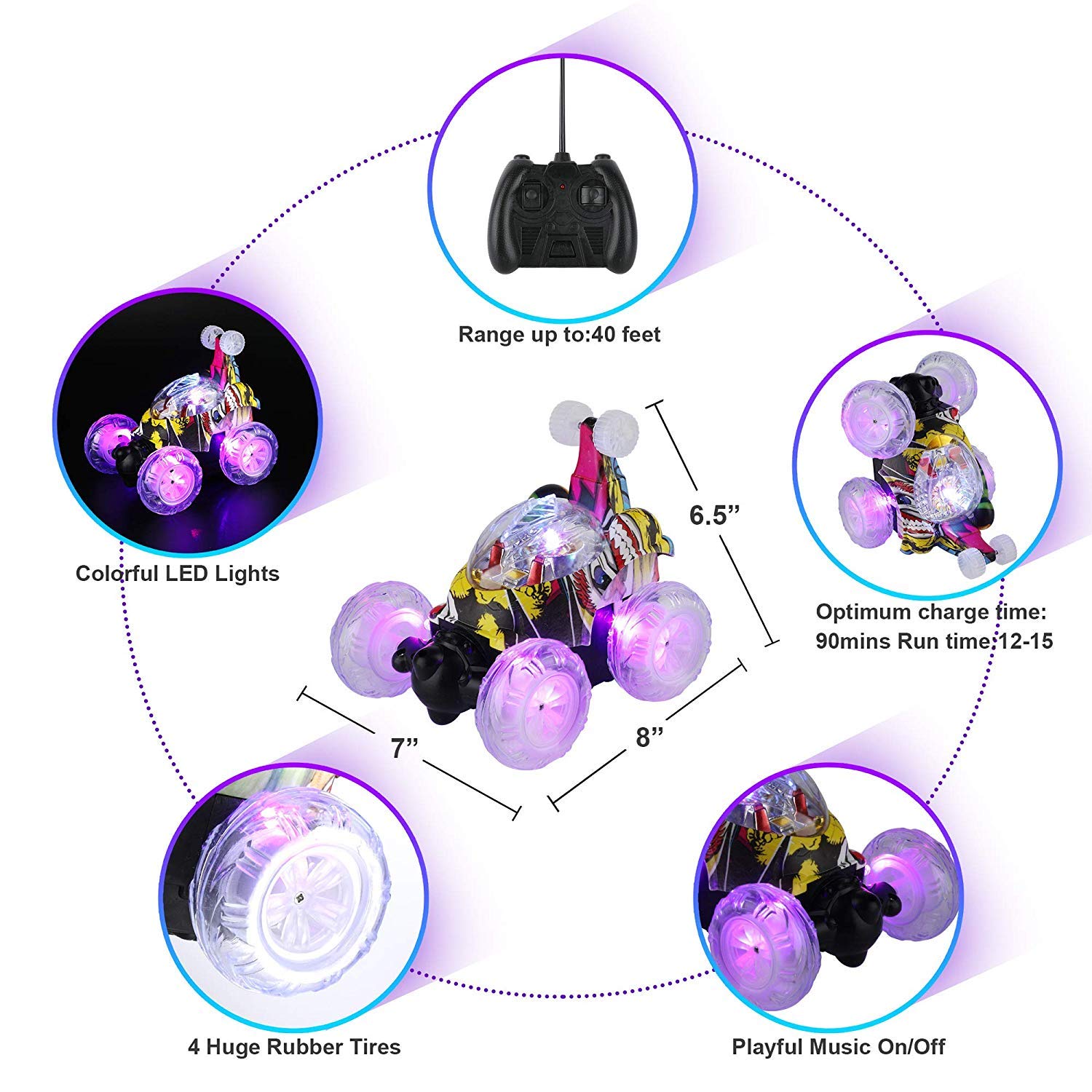 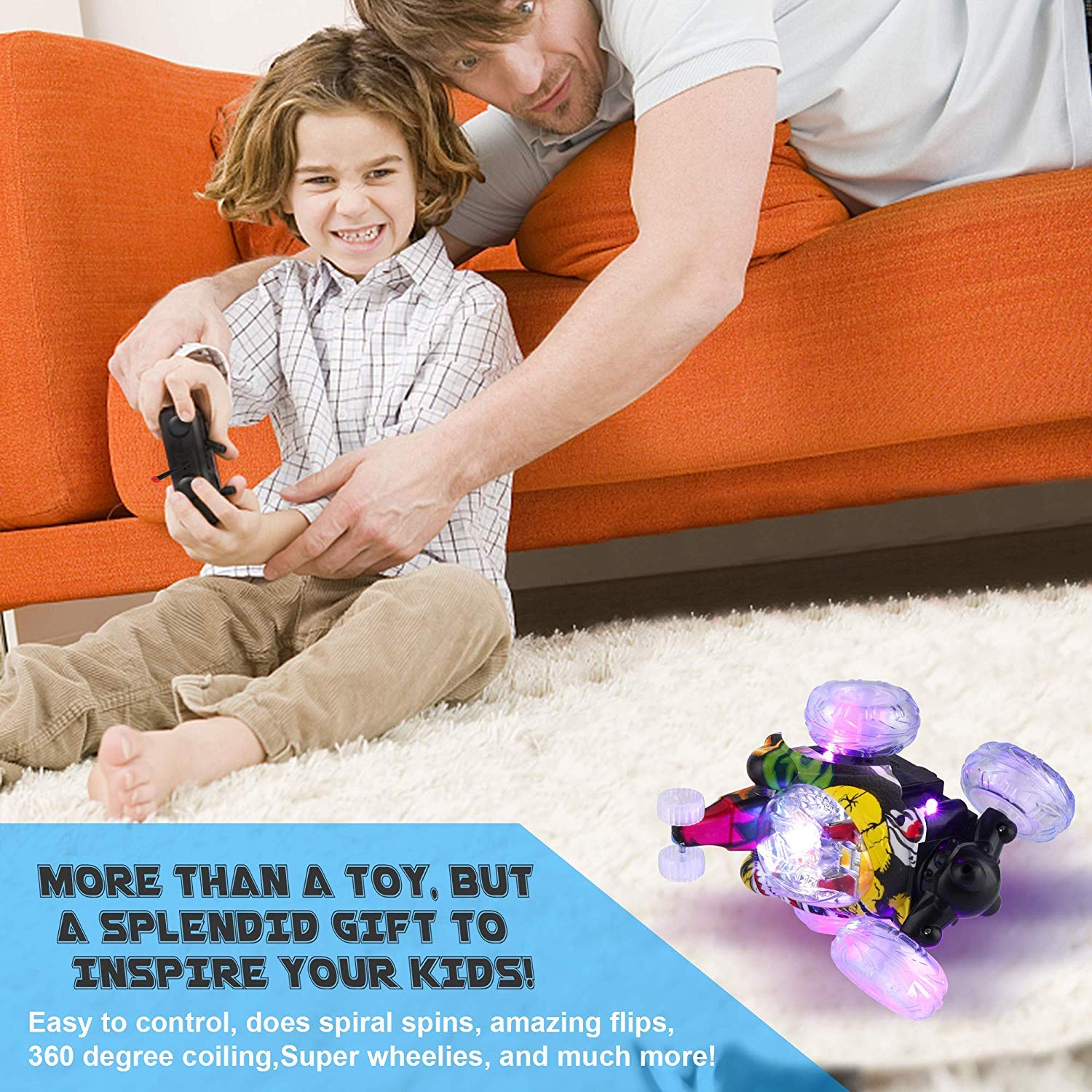 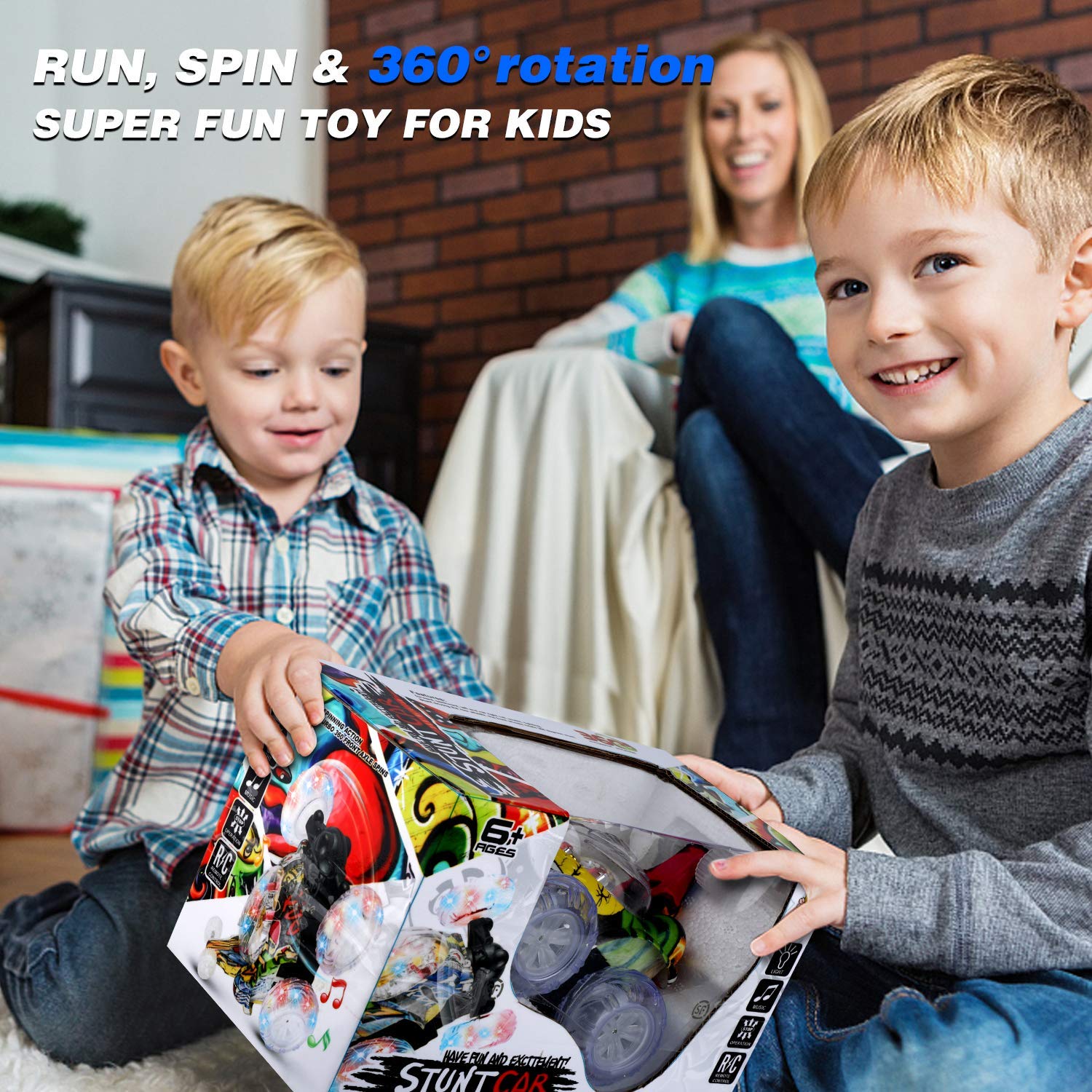 purchased for twin boys who seem to have everything... they were thrilled with toy each ... Once it was charged and the  batteries were in, which according to the boys took too long as they were too excited... Plays music, has different coloured lights and flips in all directions, 6 wheels has it performing many different stunts!!  It never gets stuck when driving around over any obstacles. It’s fast it’s mad it’s hilarious it’s robust and a toy they’re unlikely to get bored of anytime soon! The fact that it can be charged means they won’t need to have shares in batteries

I would highly recommend this toy... for all ages, personally i would be happy to receive it myself