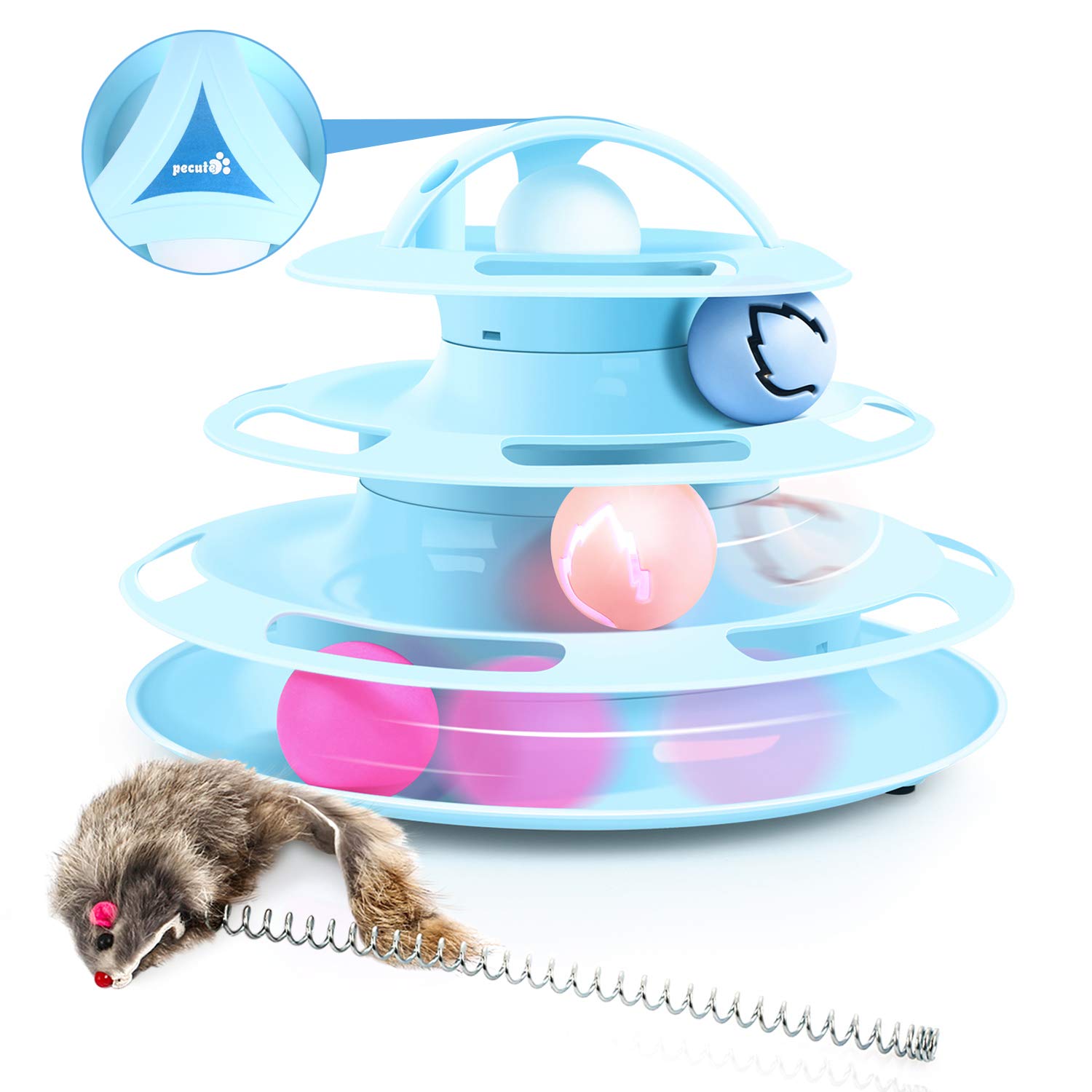 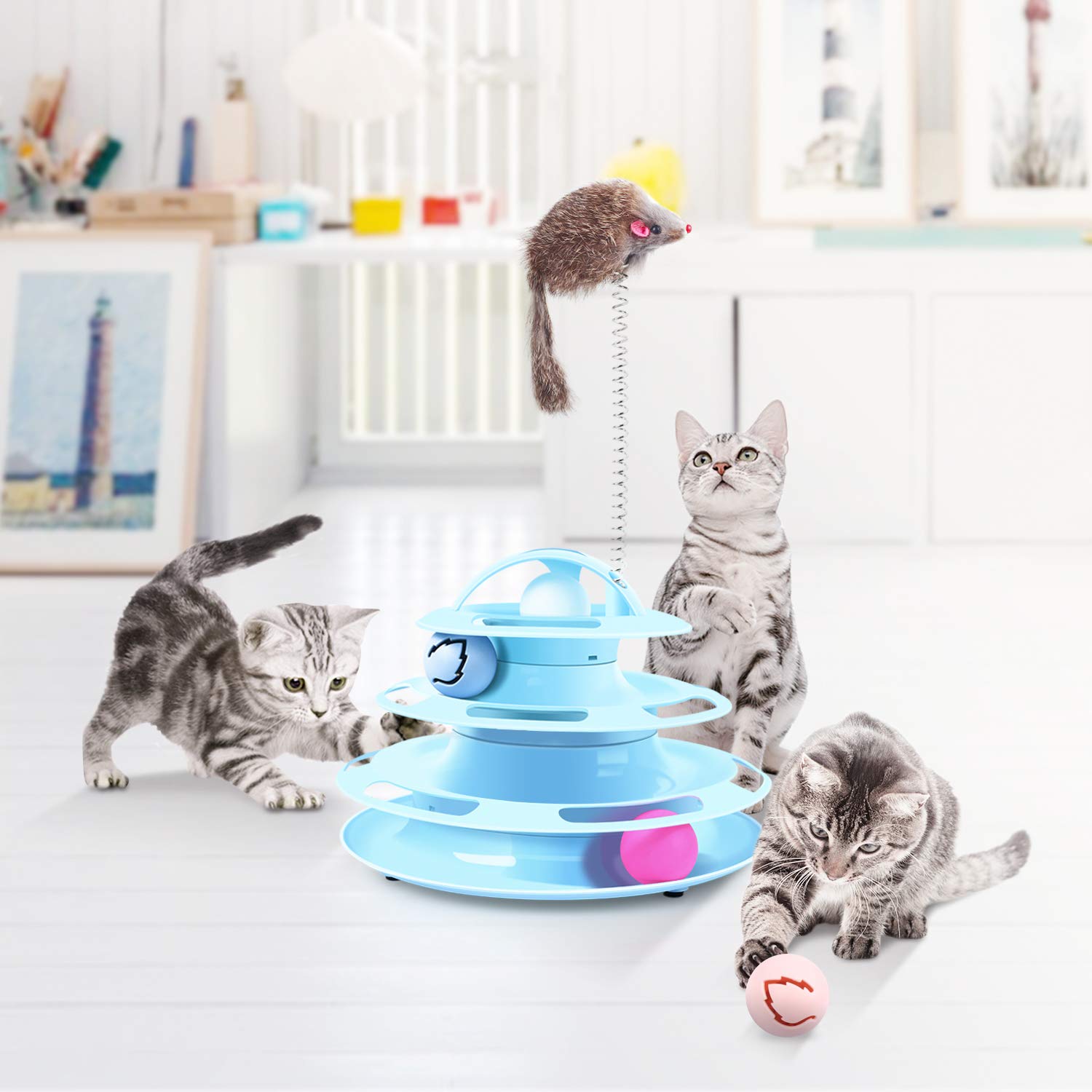 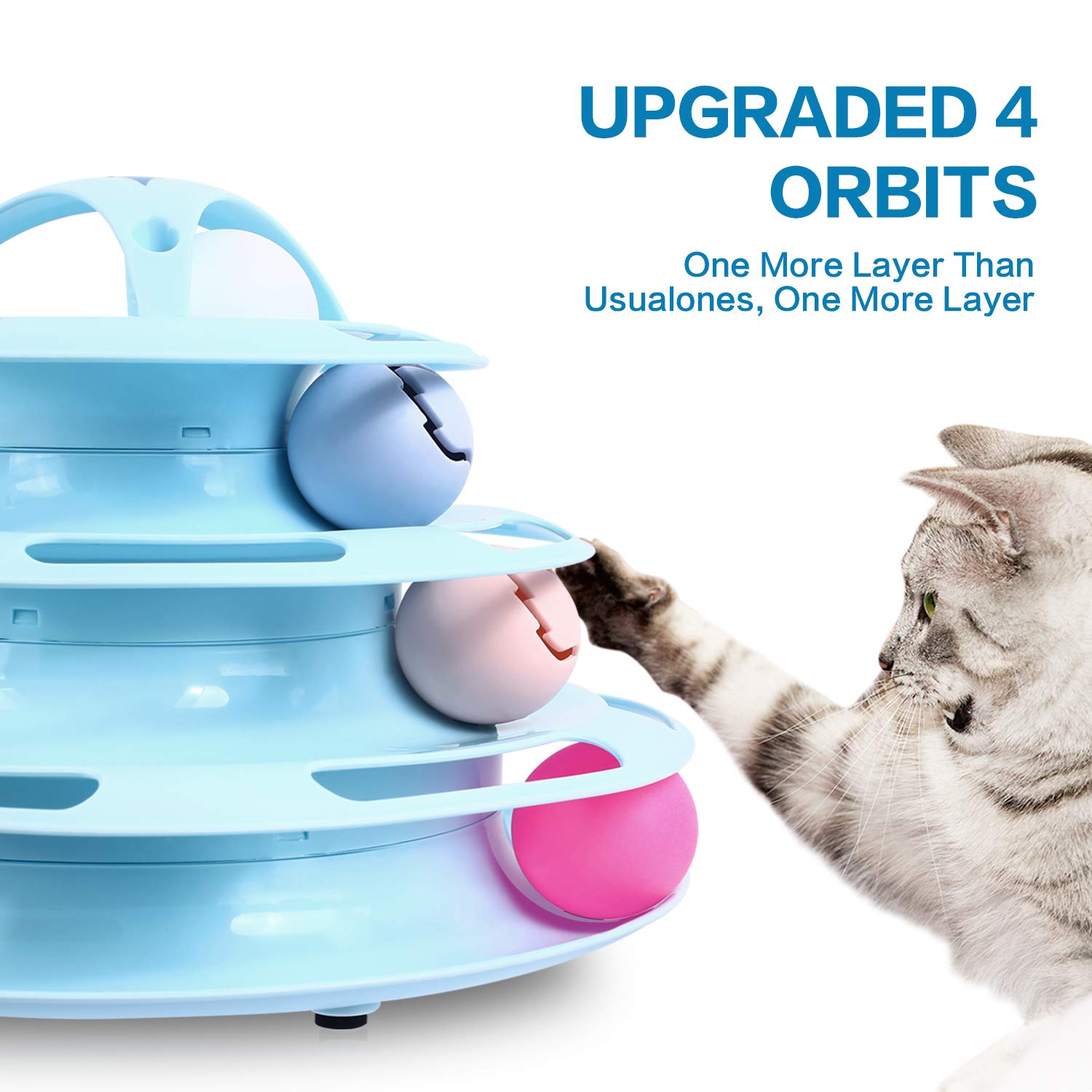 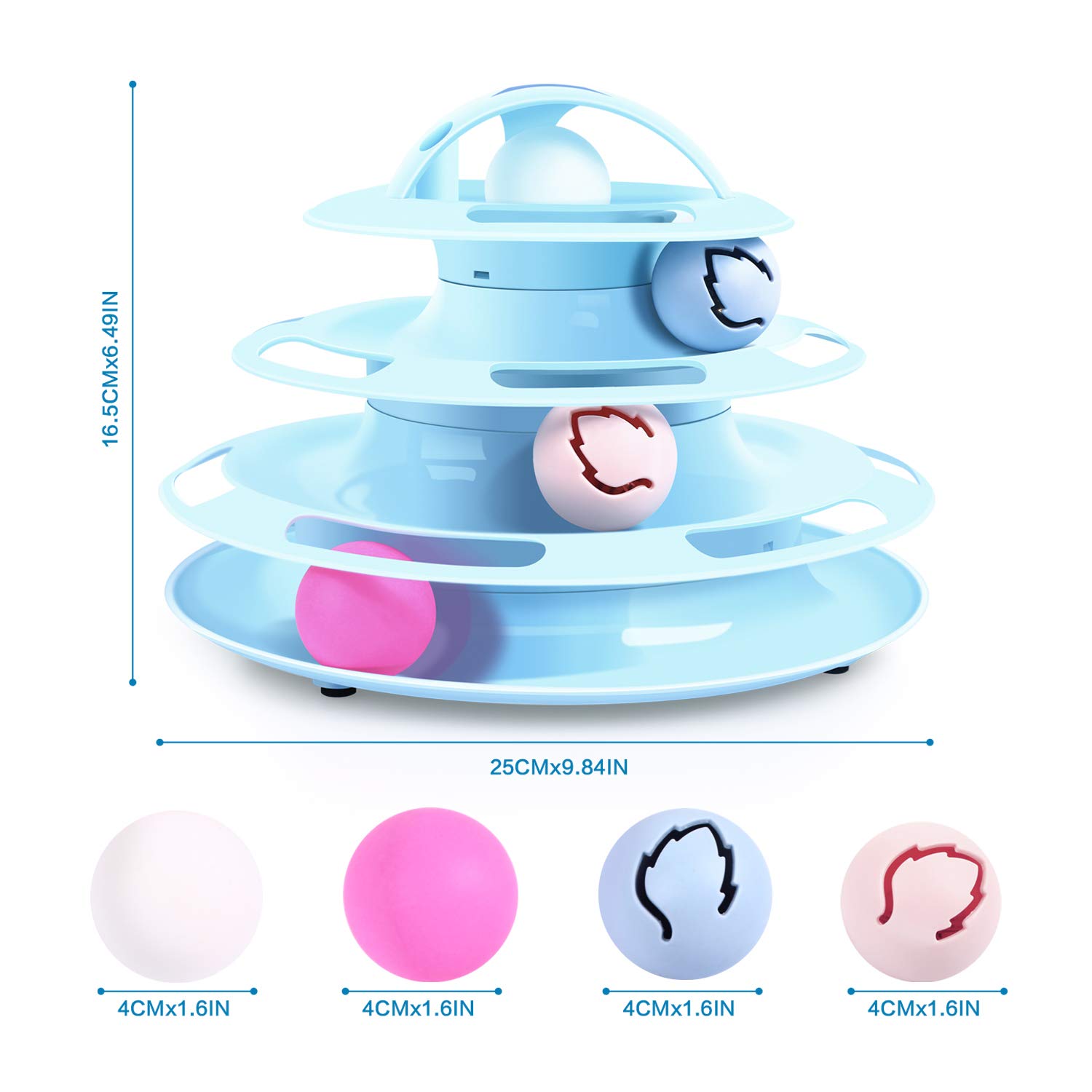 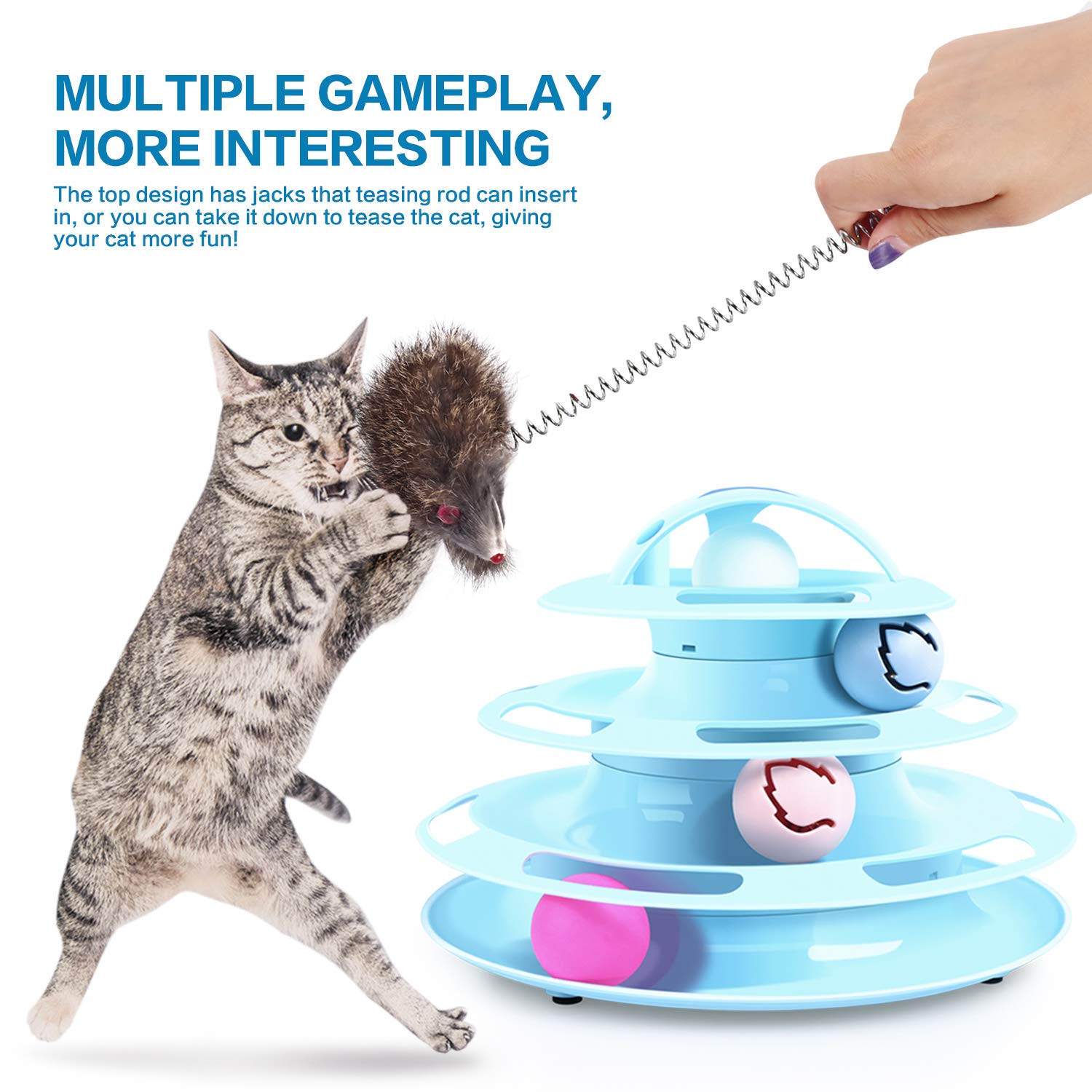 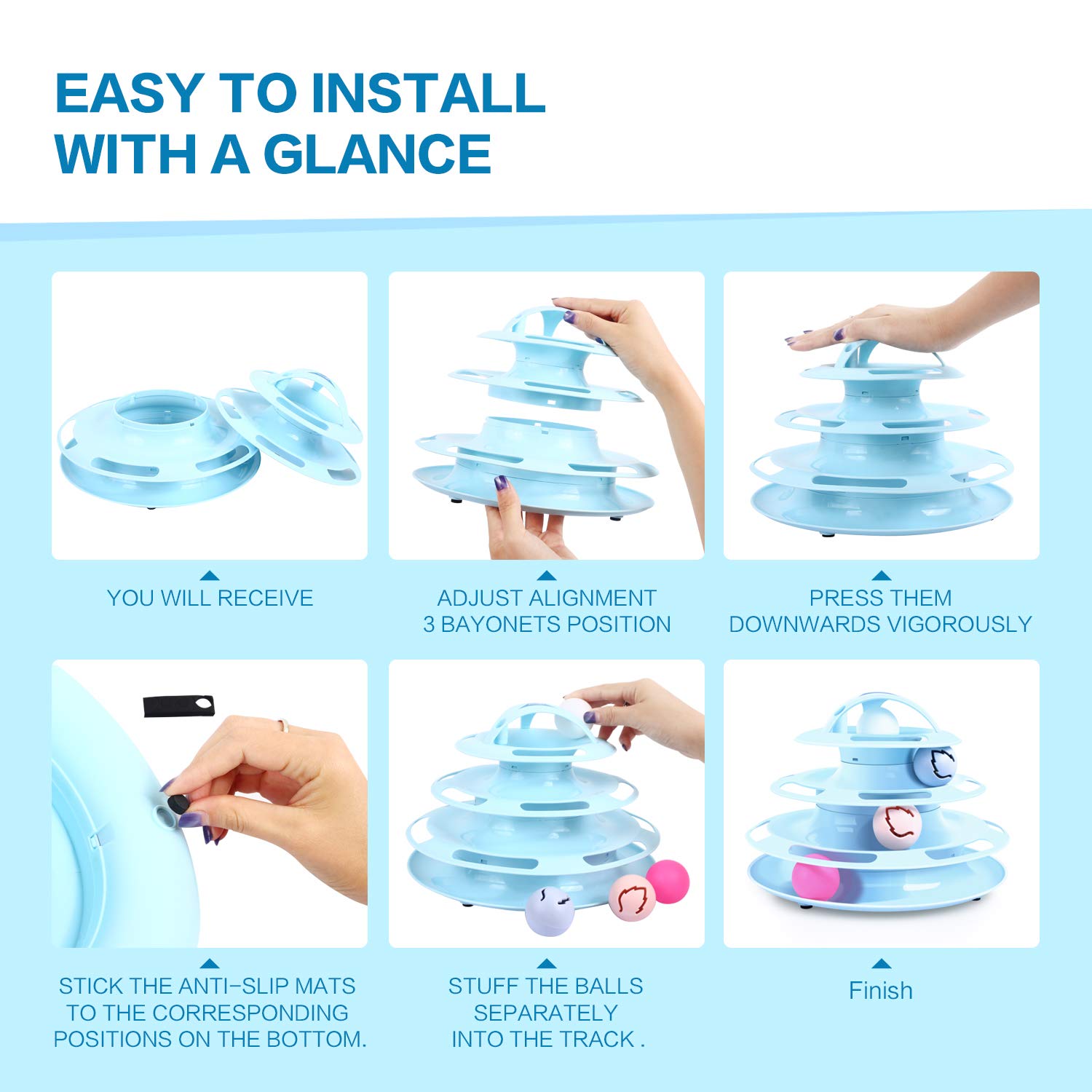 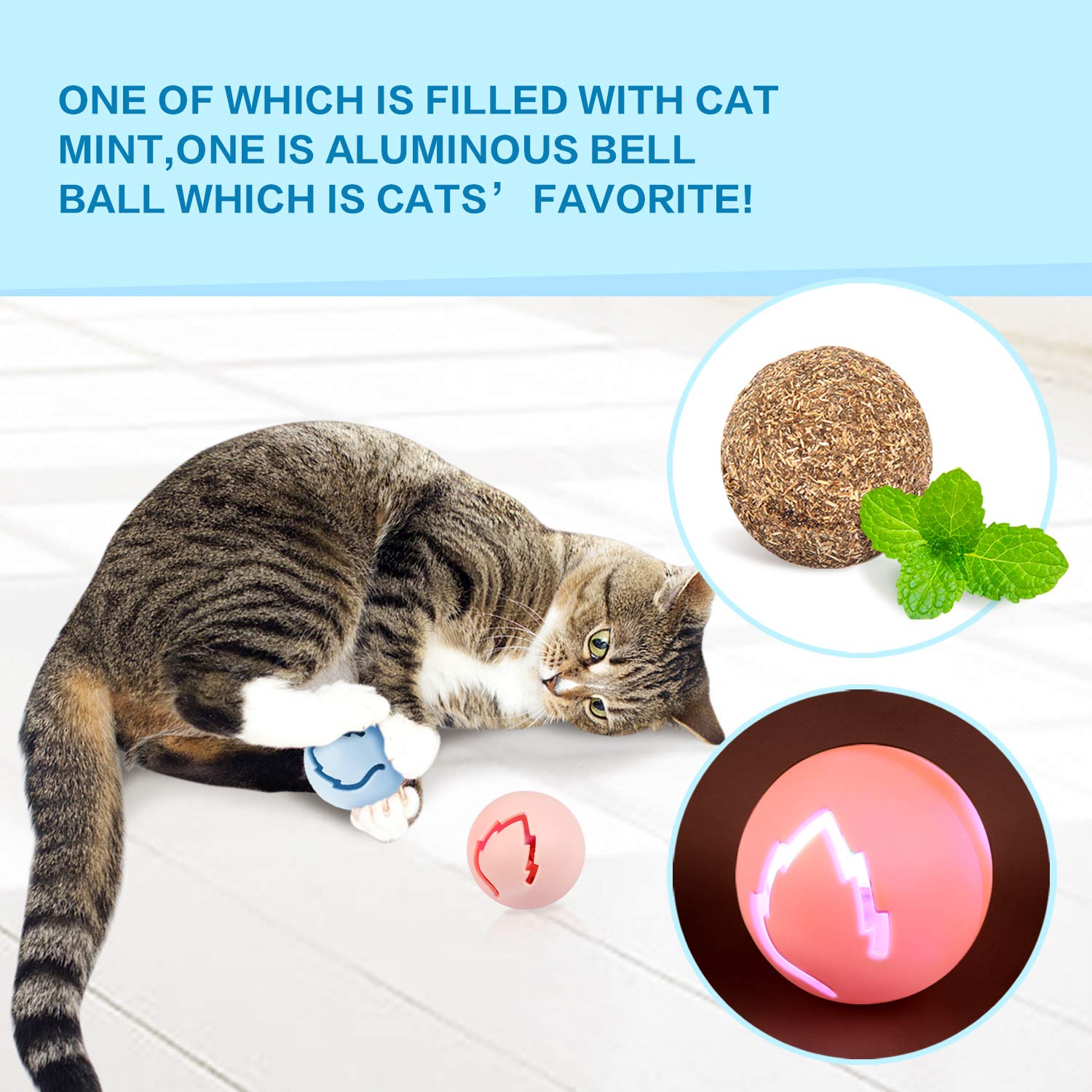 I had another version of this toy and it was okay.  I got this one because of the extra feature of the mouse on the spring.  The mouse came off pretty quicky and that's why I deducted a star.  If they could fix that issue, then totally FIVE stars!

The two ktties I had as shelter-mates liked it, but...the resuce kitty that was older (who doesn't chase ANYTHING) LOVES THIS!  He lies on his side (at 2AM...grrrr) and wings the ball around. These balls, unlike the other model, have bells in them and one lights up.  I swear he's in Kitty Vegas.  He doesn't play robustly with anything else as he's older and was rescued from outdoors. Because of this, he doesnt like to chase things anymore as he's a pampered indoor kitty.

Before the mouse got sprung from the spring, I ha put catnip spray on it.  It REALLY drove them wild.

I reccommend this toy for cats that don't like to play with fishing pole toys, chasing toys, laser toys.  If your kitty is a lazy, entitled pretty boy, he just might really dig THIS toy!